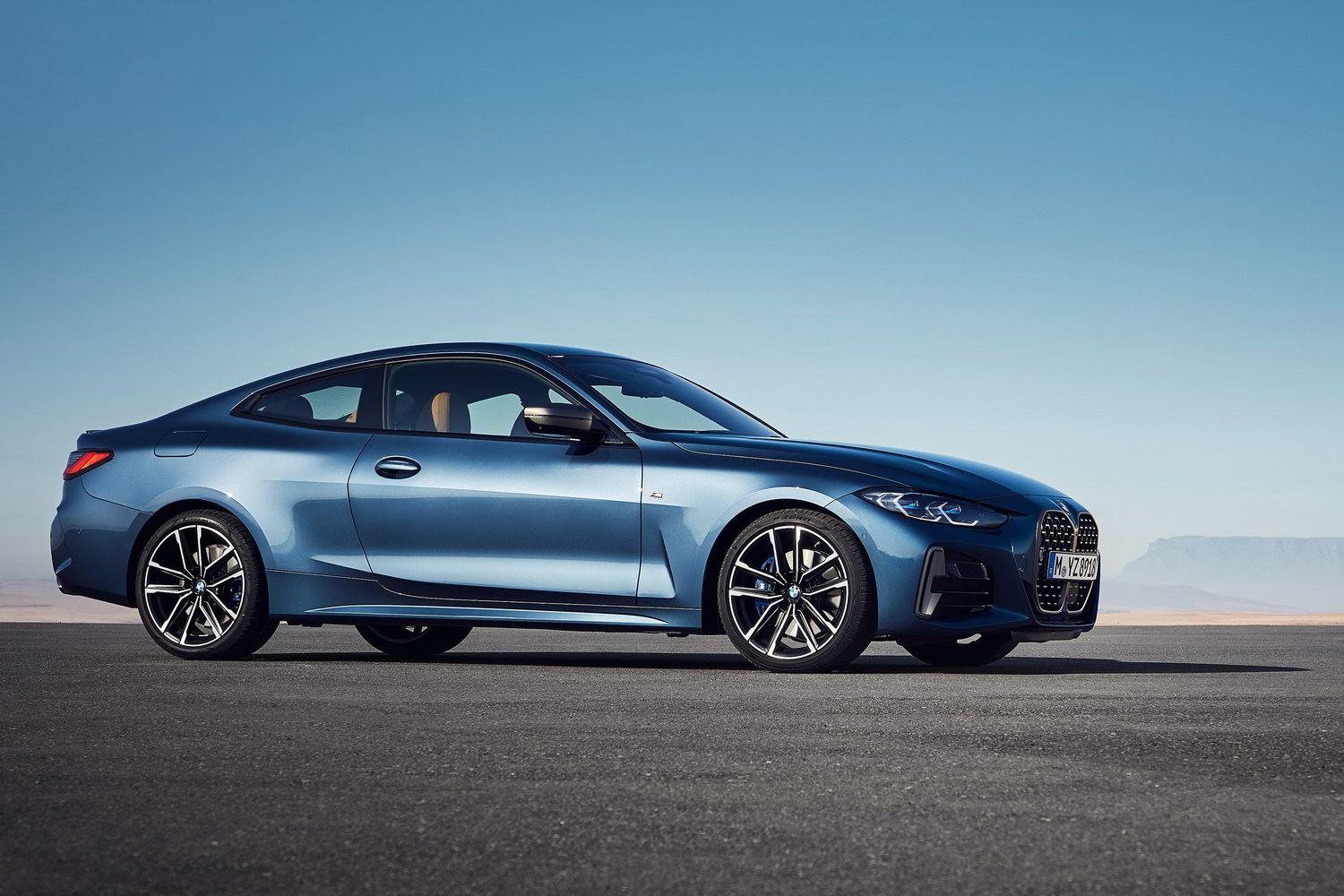 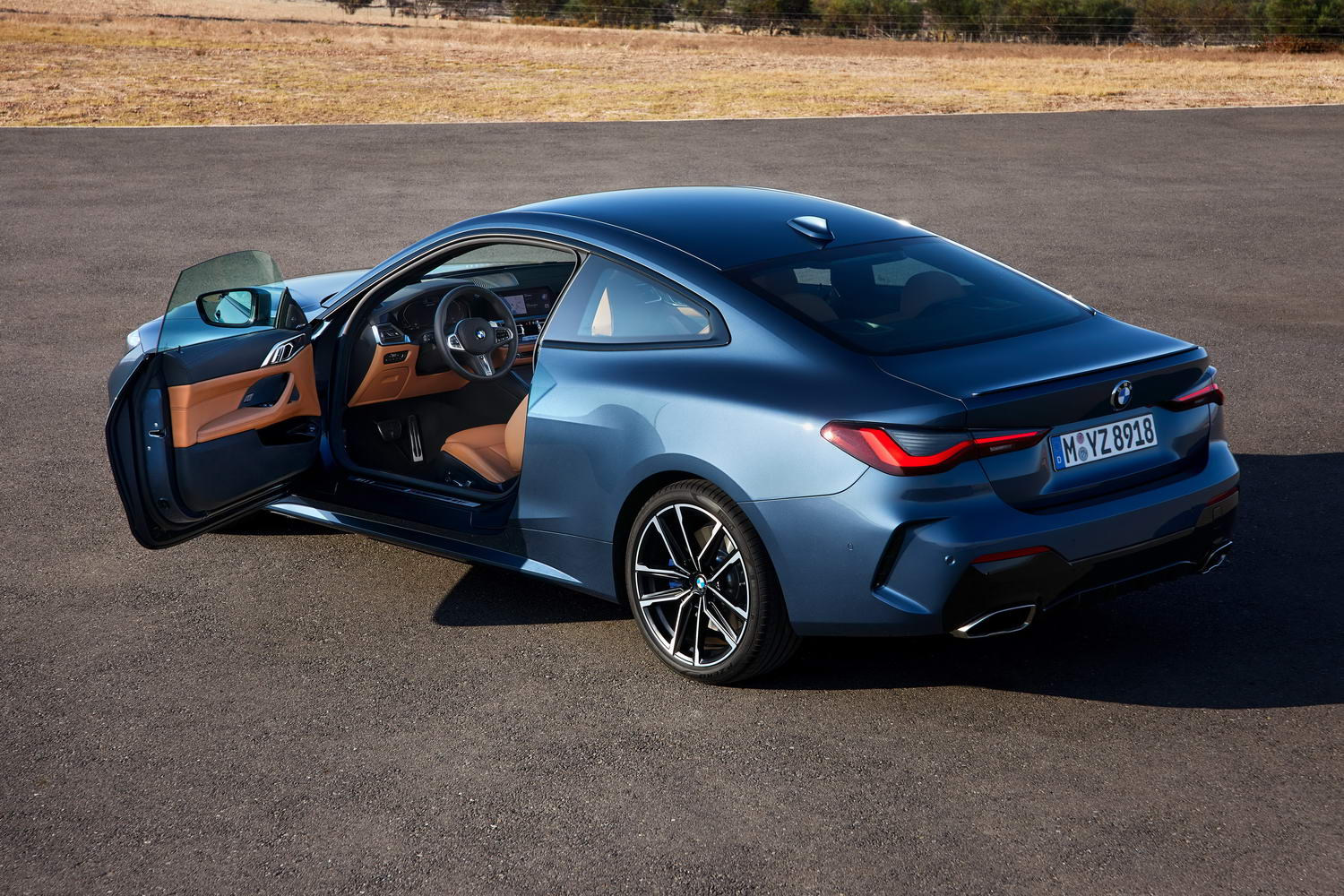 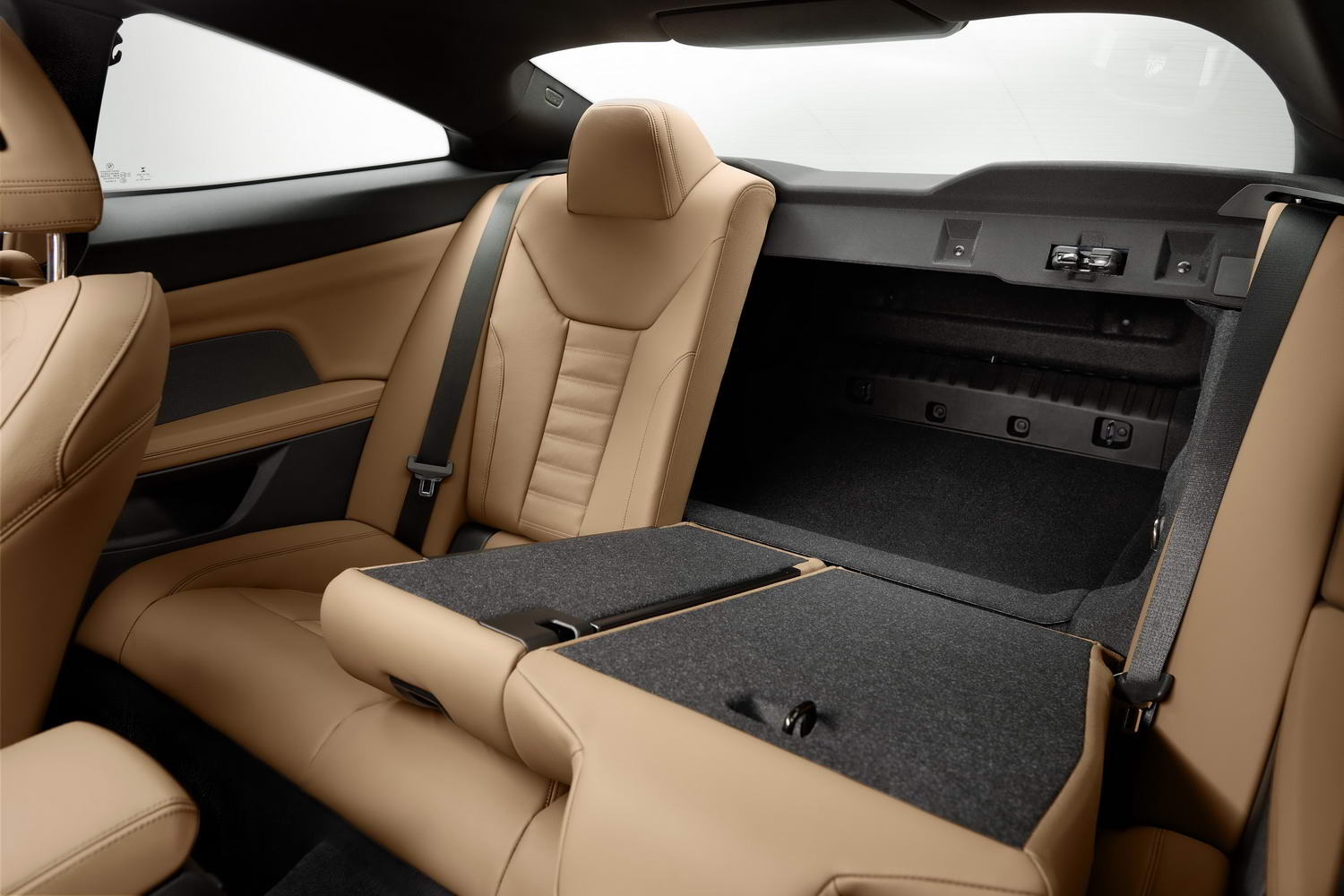 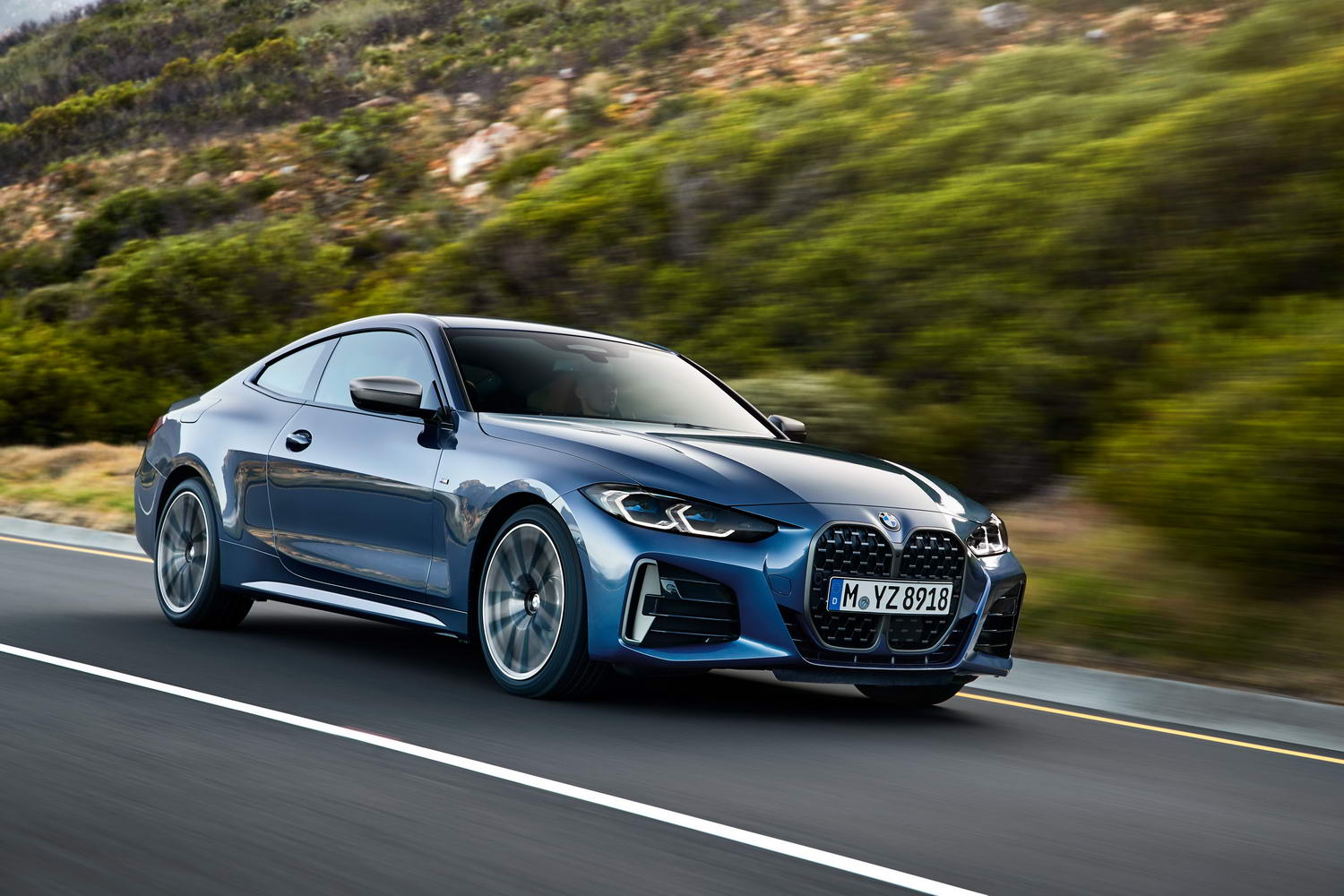 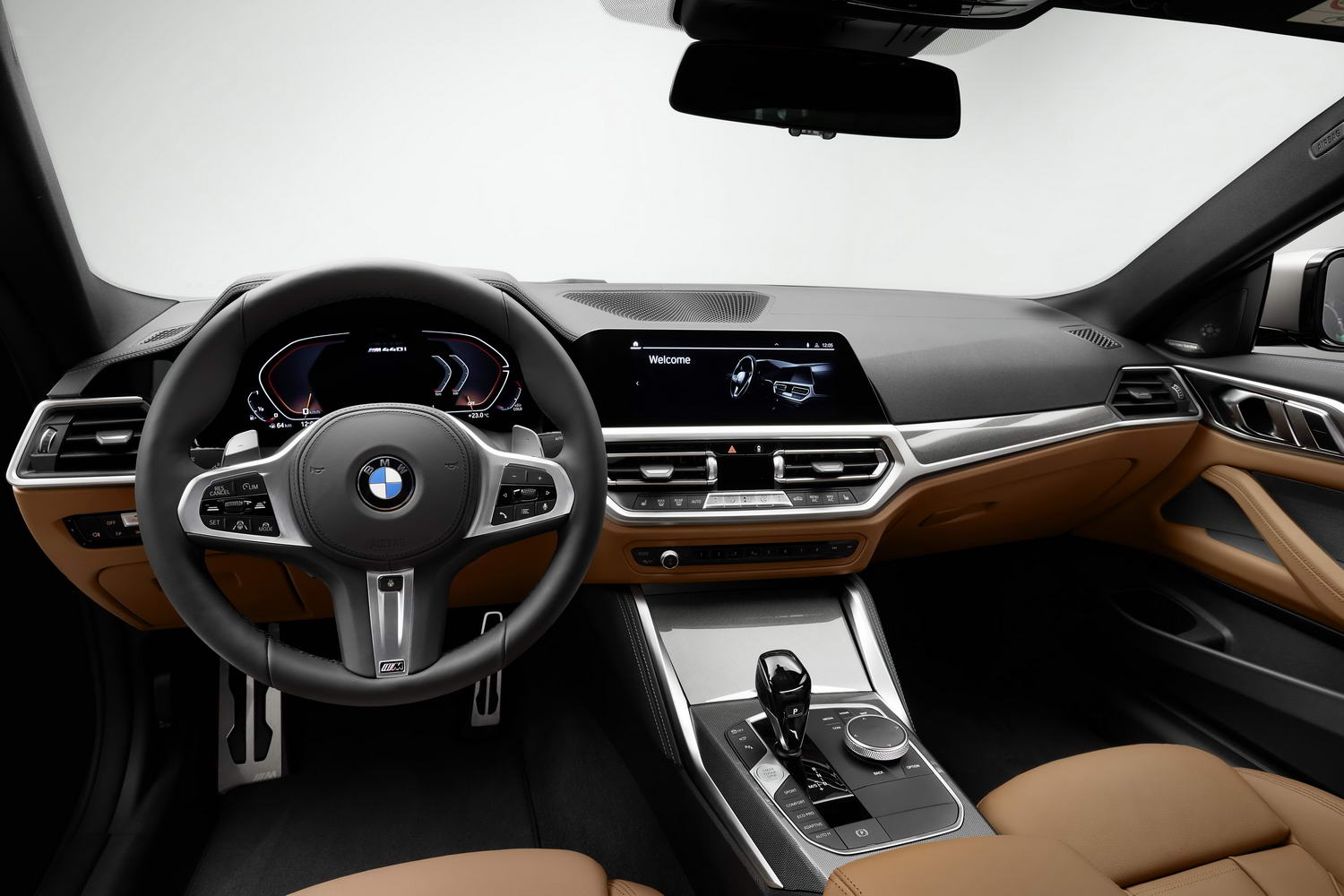 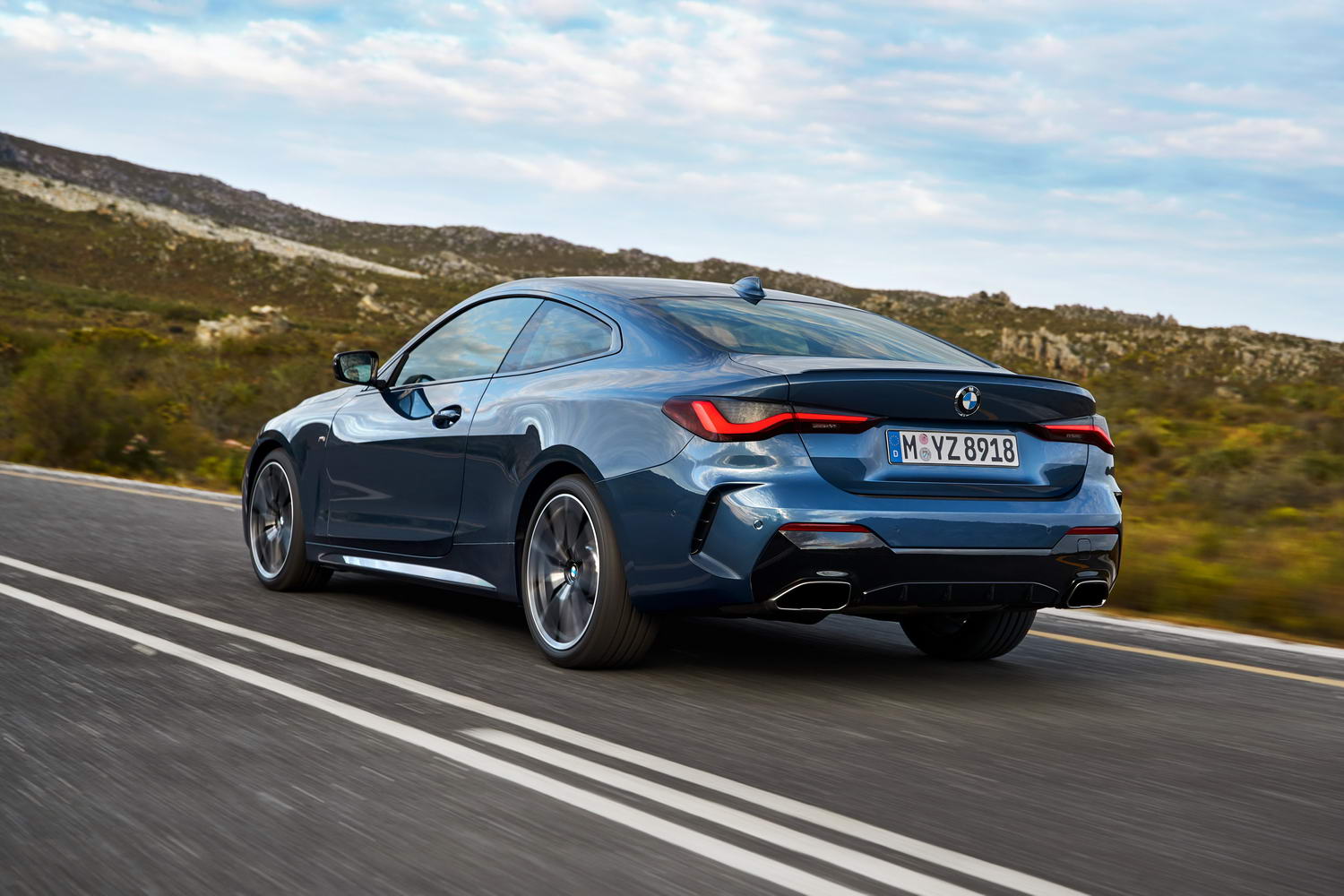 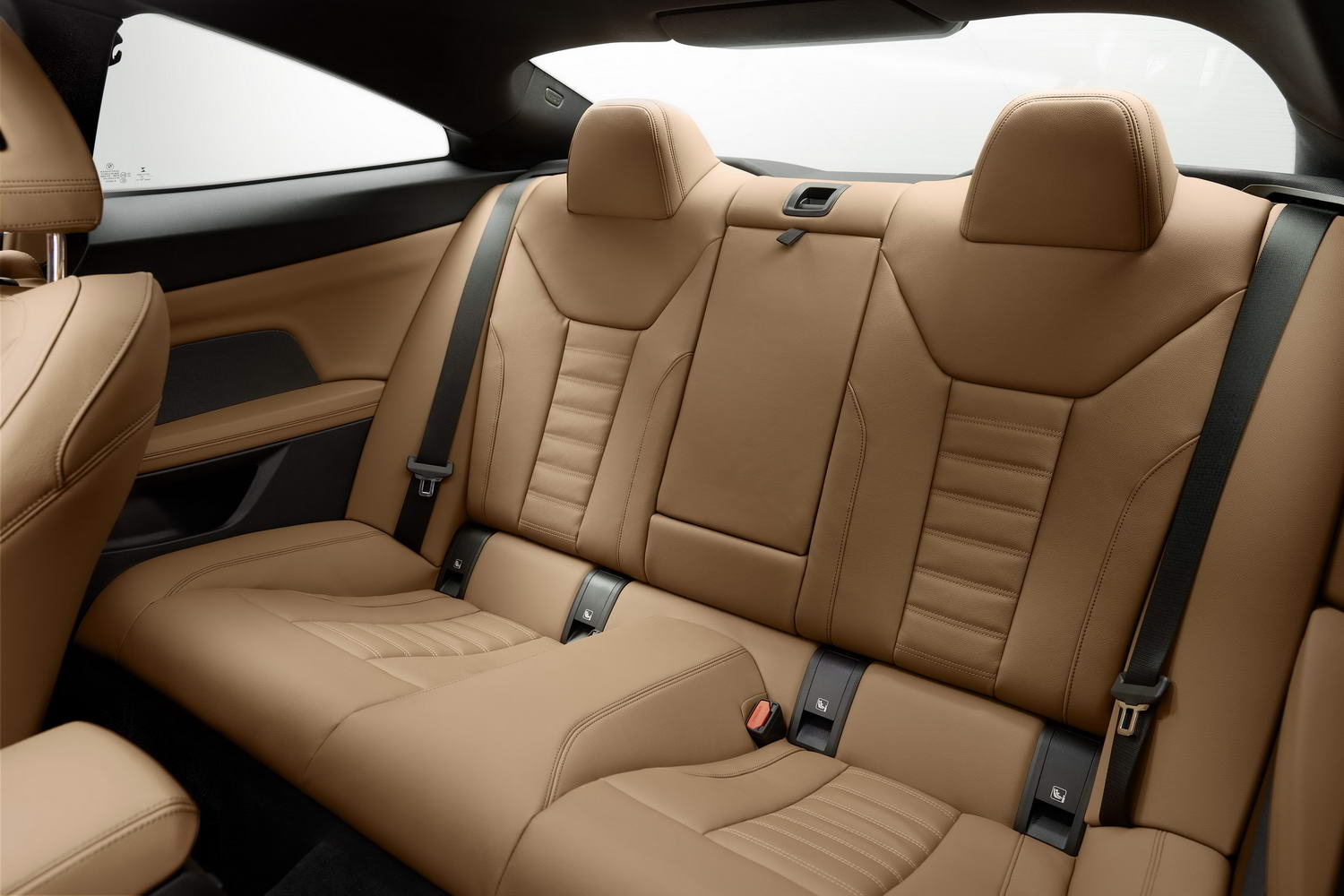 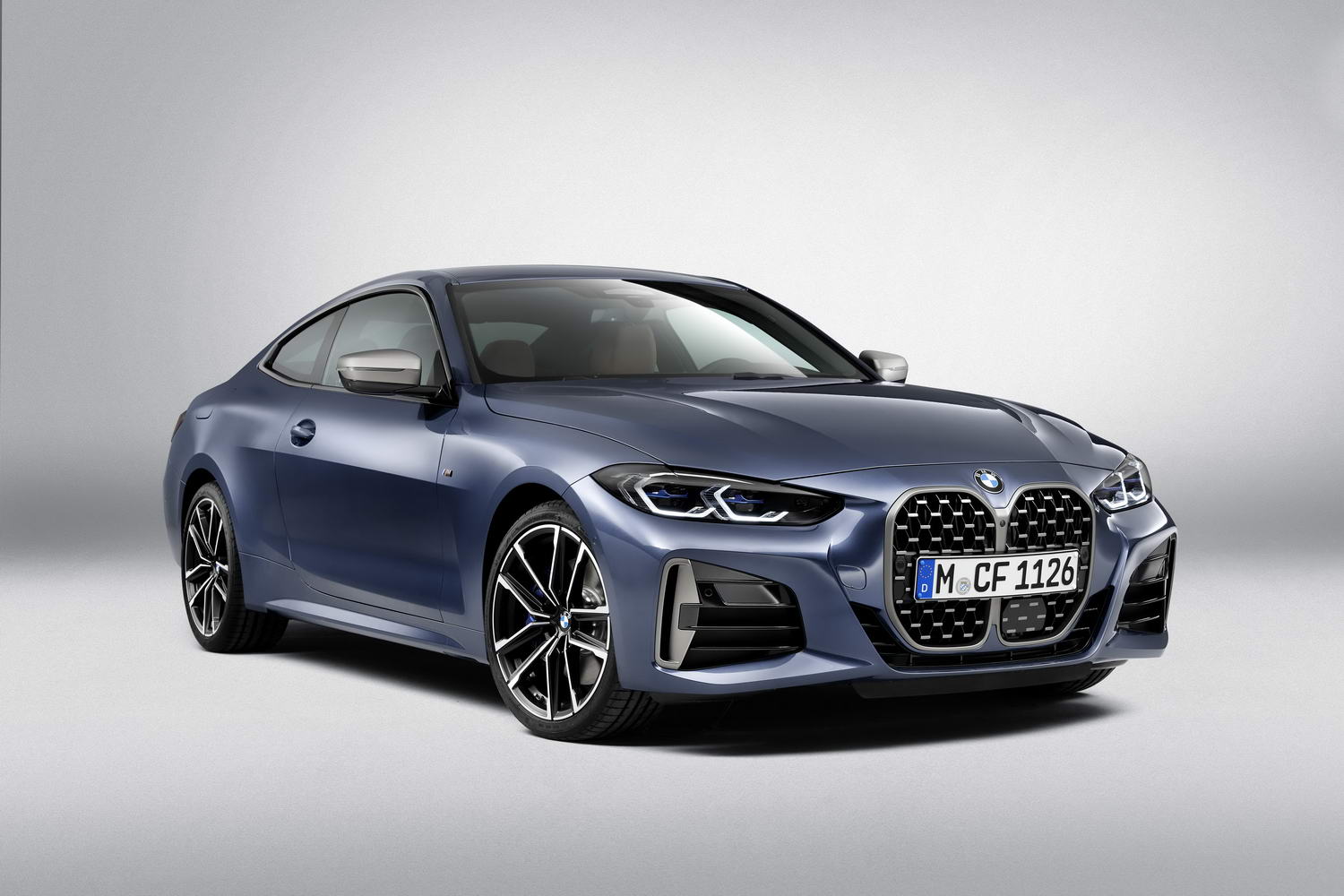 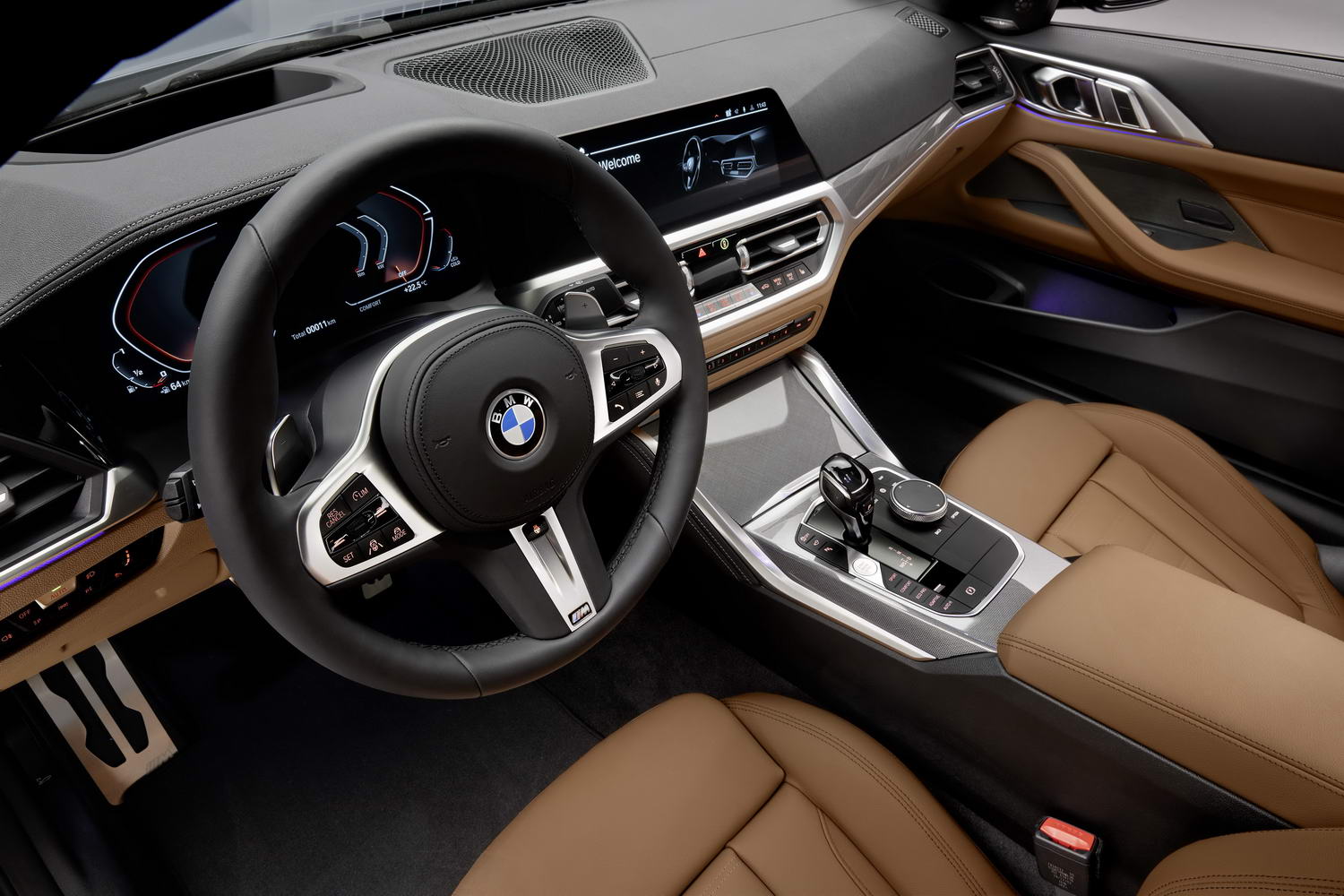 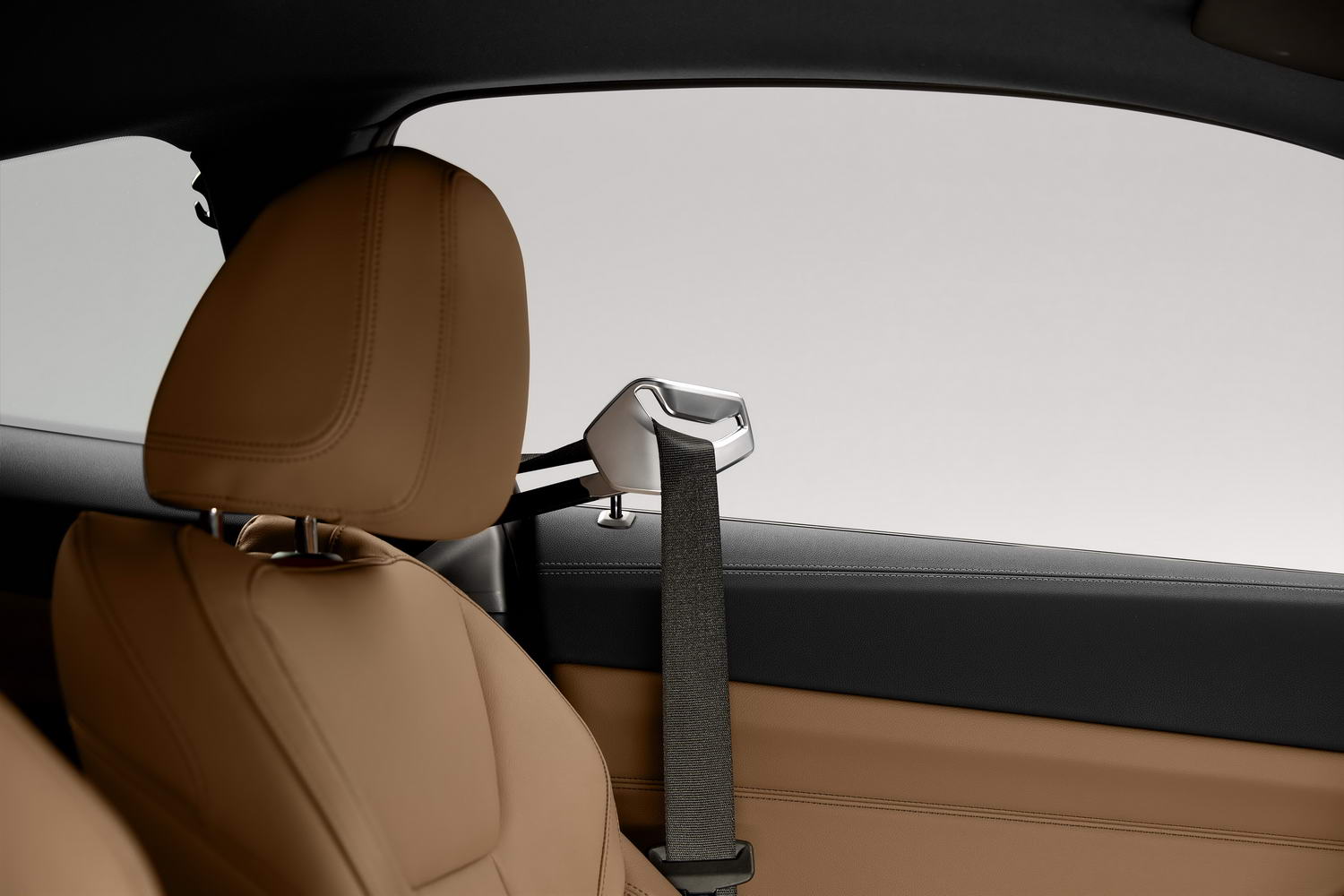 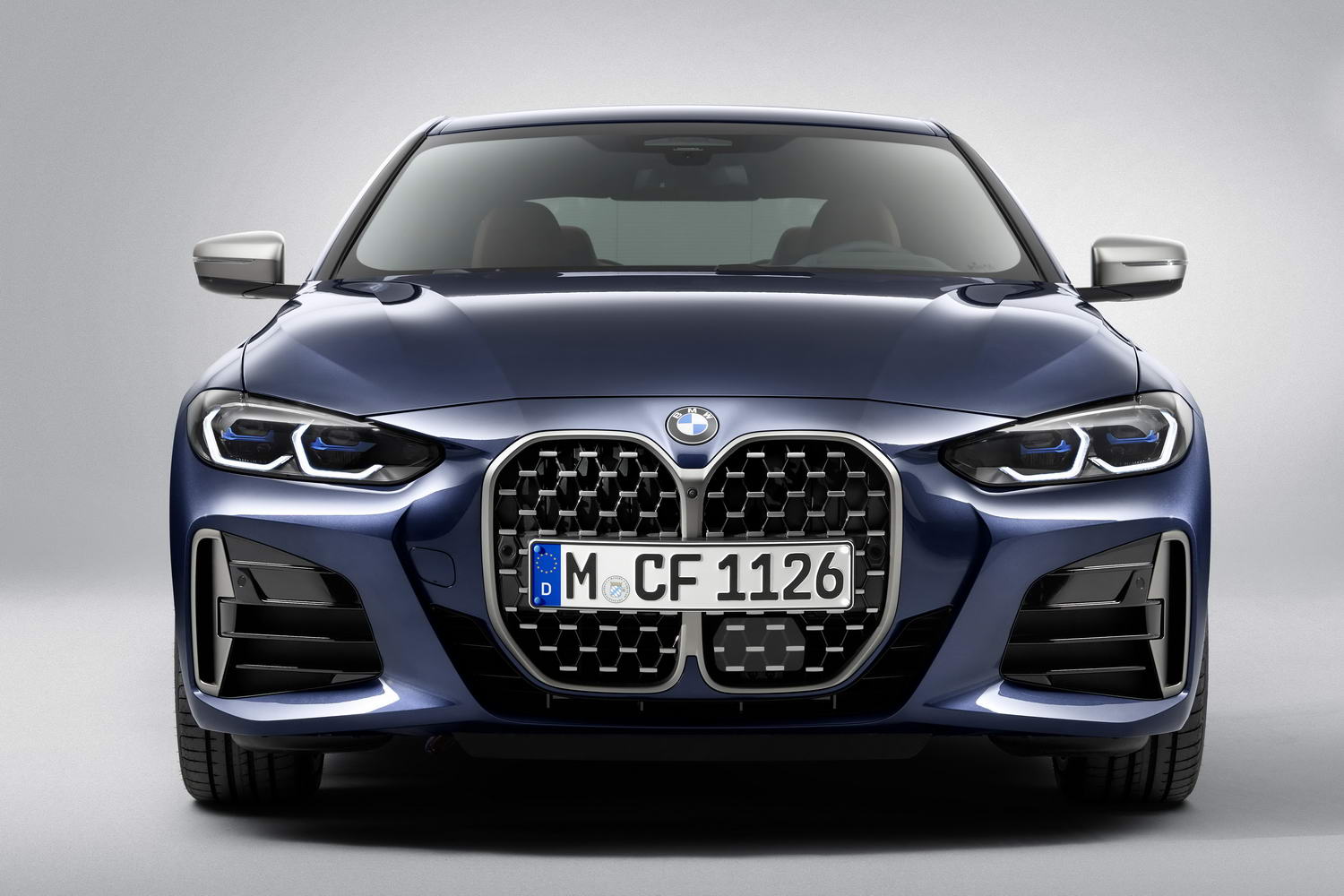 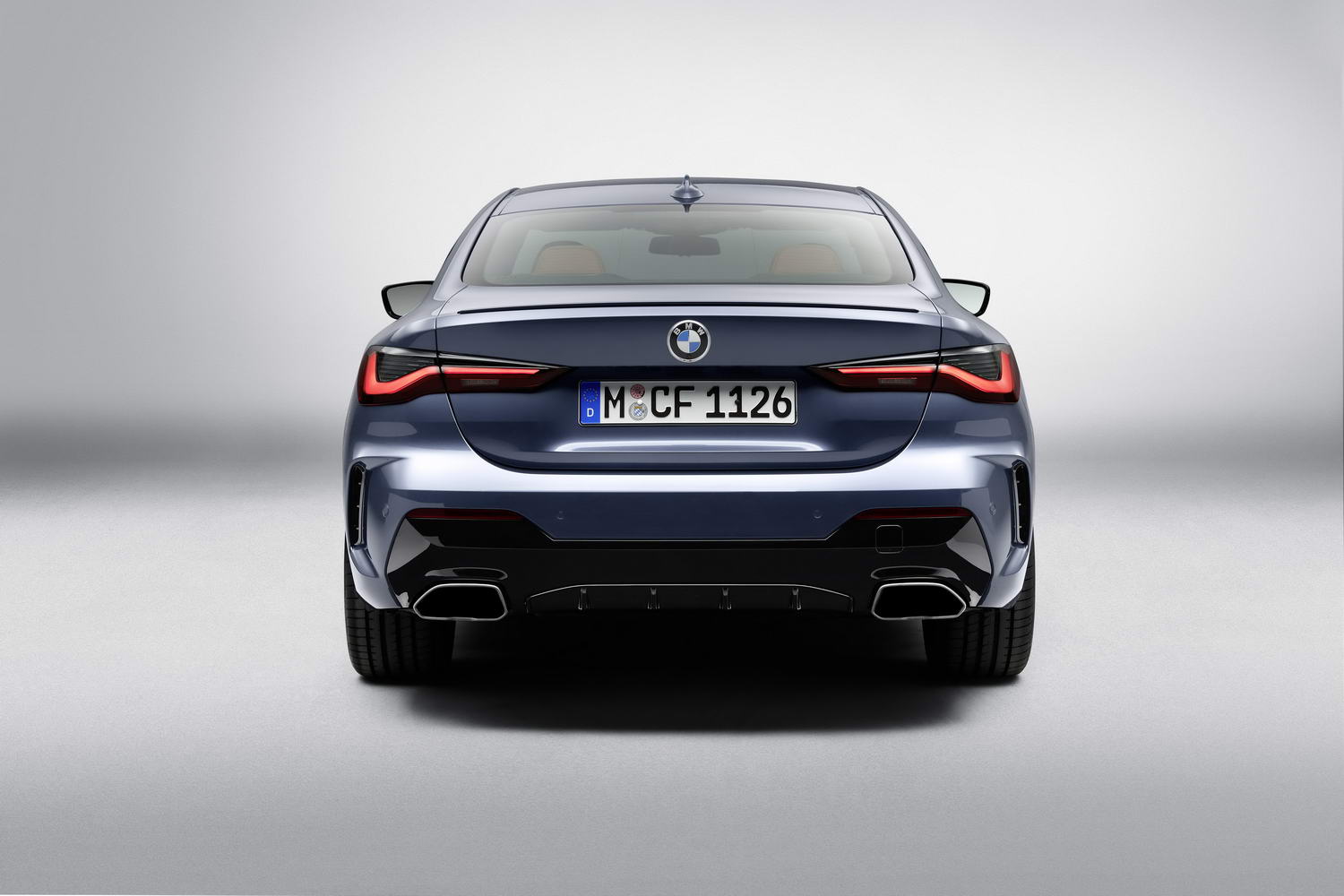 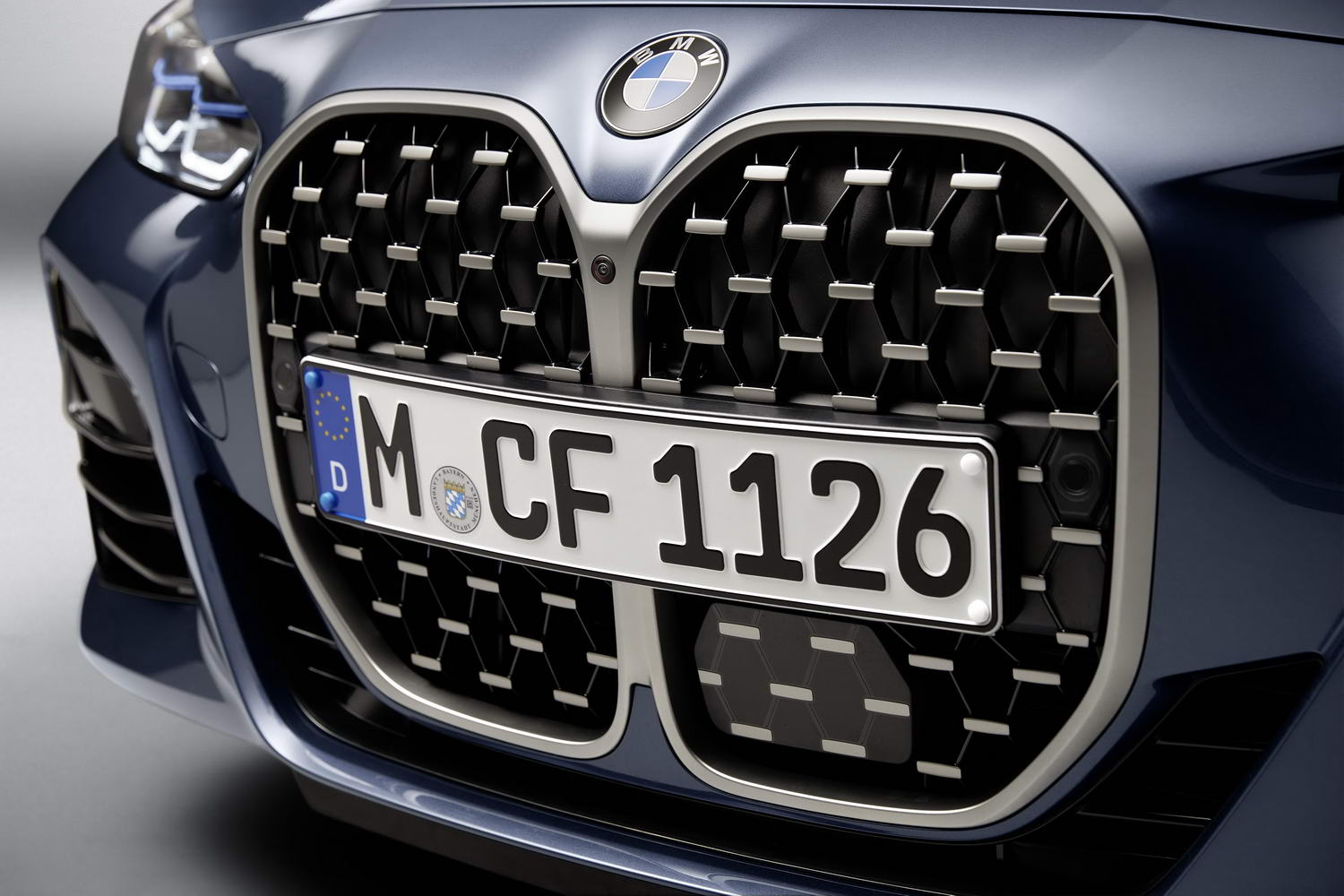 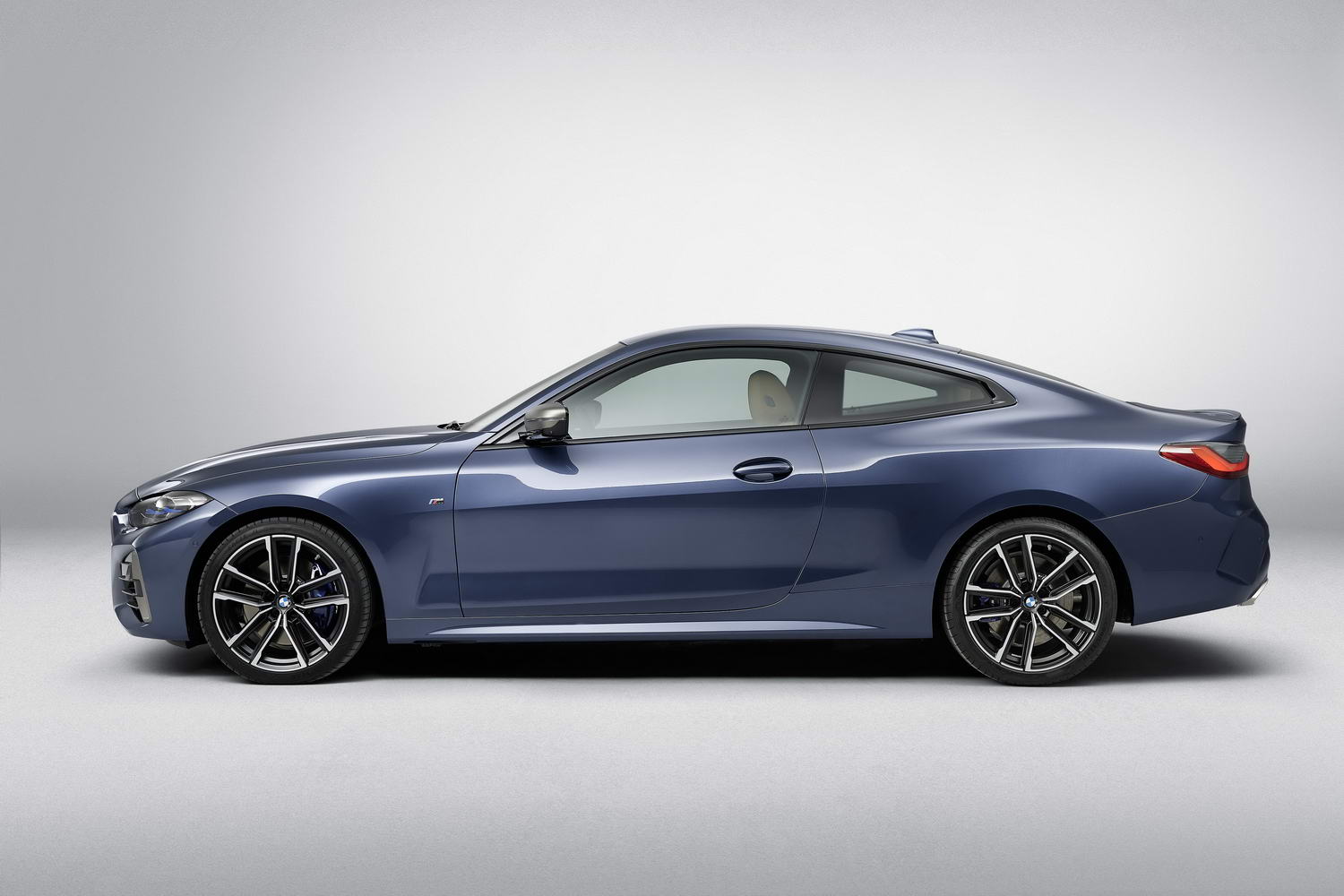 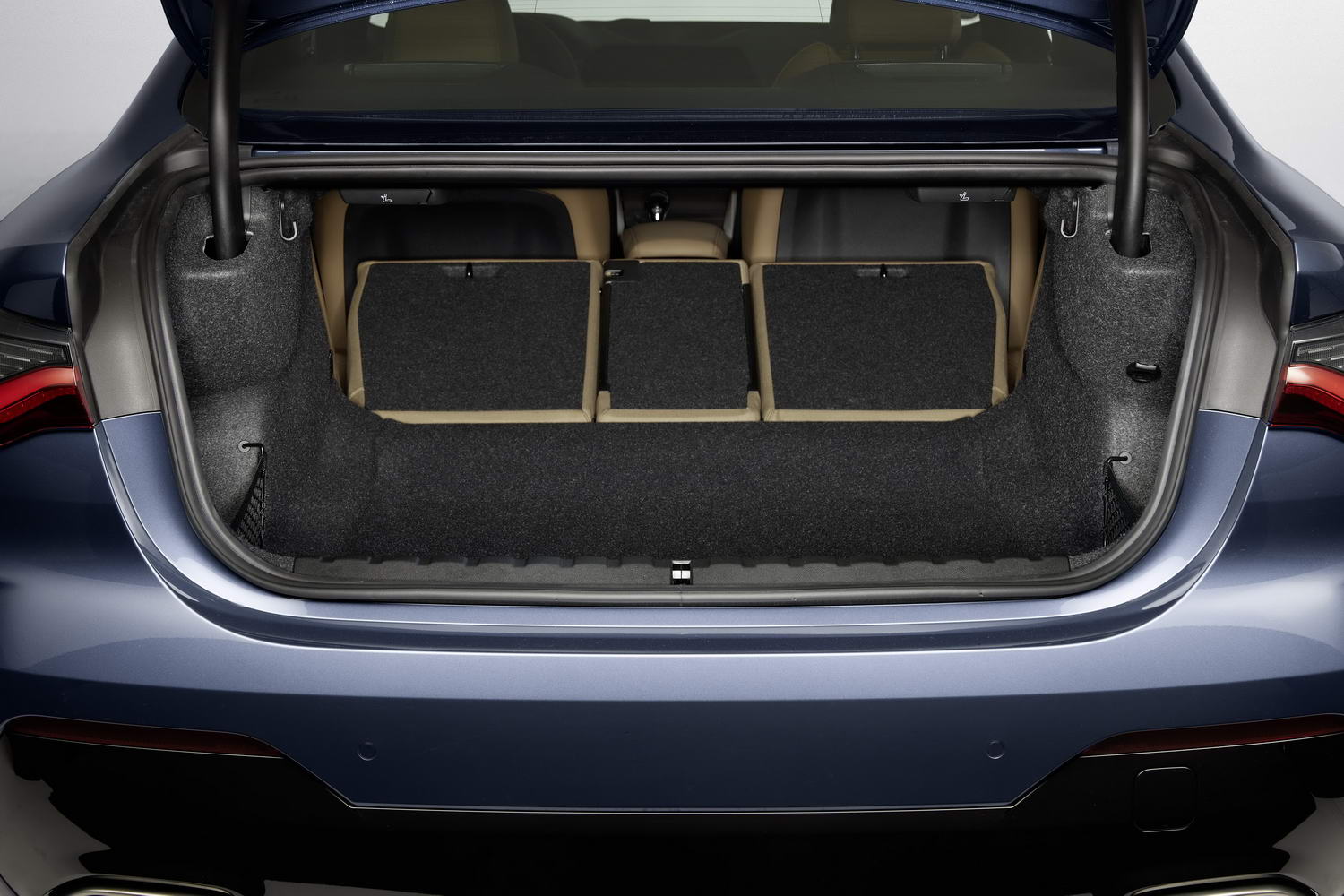 We've seen the BMW Concept 4. We've been told all about the new chassis. You've probably seen the leaked images. But now, finally, it's time to show you the fully unveiled BMW 4 Series Coupe. Naturally, it takes the current 3 Series as its basis, but BMW is quite bullish about its remit, saying that it's much sportier than the four-door saloon and even than its predecessor. Officially, the new 4 Series Coupe goes on worldwide sale this October, but we expect the first examples in Ireland to be registered for January 2021 on the '211' plate. Pricing starts at €53,930.

The grille, it's happening

Yeah, let's address the obvious first, shall we? The production version of the BMW 4 Series Coupe is, as feared, adopting the huge upright new take on the BMW kidney grille. The position of the number plate helps to reduce its impact somewhat, but it undoubtedly dominates the face of the new car - as it will online discussions about the 4 Series... That's a shame, as there's a lot to like elsewhere, such as sleek headlights using LED tech as standard and the way the bonnet is shaped to seamlessly meld with the top of the grille.

For the record, the new 4 Series is 128mm longer, 27mm wider and 6mm taller than the car it replaces, with a 41mm longer wheelbase and significantly widened tracks (by 28mm at the front and 18mm at the back). The rear of the 4 Series looks suitably muscular, emphasised by an exhaust outlet at each side and slender new LED lights, which are darkened, though feature a bright light bar signature.

Our images show how the M Performance versions (the M440i xDrive and M440d xDrive) will look, though the entry-level M Sport trim level is similar. Buyers can upgrade any of them with an M Carbon exterior package or by dipping into the M Performance Parts catalogue.

The view out is universally appealing

BMW has given the new 4 Series the same interior design theme as the 3 Series. Indeed, the dashboard itself, with the digitally rendered instruments and associated touchscreen to the side, appears all but identical. The infotainment takes a step forward, though, including a new cloud-based satnav system called BMW Maps as standard, along with smartphone mirroring for both Apple and Android devices.

New sports seats up front set the 4 Series apart, however, featuring M-specific leather upholstery. The seatbelts are offered up to the front seat occupants by electronically controlled 'arms' and the rear seat is clearly sculpted to accommodate just two people. The seat backs do split and fold, however, while the boot holds 440 litres of luggage.

The BMW 420i and 430i use the same core four-cylinder petrol engine, a turbocharged 2.0-litre unit that has come in for a significant amount of revision. Maximum outputs are 184hp/300Nm and 258hp/400Nm, respectively. These models appear to be rear drive only. The sole four-cylinder diesel option is the 420d, using the same twin-turbocharged 2.0-litre unit as in the current BMW 320d - it makes 190hp and 400Nm of torque, while emitting as low as 103g/km (it's likely that the M Sport version sold in Ireland will emit more than 110g/km - and we believe those are pre-WLTP figures). The 420d can be had with xDrive all-wheel drive or standard rear-wheel drive.

Next diesel variant up the ladder is the BMW 430d xDrive - that's right, it gets all-wheel drive as standard. Power comes from a 3.0-litre straight-six, which, going by the 286hp/650Nm peak figures, suggests it gets the same new twin-turbo update to this engine as found in the recently updated BMW 530d xDrive. Topping the diesel range is the new M440d xDrive option, featuring another twin-turbocharged 3.0-litre straight-six. It maxes out at 340hp and 700Nm of torque, resulting in a 0-100km/h time of just 4.7 seconds.

There's a petrol-powered M Performance Vehicle, too, in the shape of the BMW M440i xDrive. Its turbocharged 3.0-litre straight-six produces 374hp and 500Nm of torque, for 0-100km/h in 4.5 seconds. Both M440 models get an M Sport differential for the rear axle. All versions of the 4 Series come with a redeveloped eight-speed automatic gearbox, though there's a specific 'Sport' variant of this unit on the M440 cars (optional elsewhere in the range), with steering wheel mounted gearchange paddles, launch control and a new Sprint function that primes the car for a sudden burst of acceleration (e.g. overtaking) when the driver holds the left shift paddle down for over a second. This selects the lowest possible gear, sharpens the throttle response and alters the gearshift point for maximum performance.

Following on from the facelifted BMW 5 Series, the new 4 Series Coupe is quick to adopt mild-hybrid technology. All of the diesel engines and the M440i's unit get the 48-volt system, which has an extra battery and a starter-generator to help boost performance (adding up to 11hp when required) and also efficiency.

Not just a 3 Series in drag

Yes, the 4 Series is based on the underpinnings of the BMW 3 Series, but it should feel quite different. For a start, the two-door coupe has a 21mm lower centre of gravity. The coupe's rear track is 23mm wider, too, while the aerodynamics of the 4 Series mean its body creates less lift at speed. On top of all that, there has been further stiffening of the body structure, while the setup is stiffer and sportier as standard, in terms of increased damping force, stiffer springs and thicker anti-roll bars. It rides 10mm lower than the 3 Series, as well.

Choose the M Sport suspension and things get firmer and more focused again, while Adaptive M suspension adds electronically controlled dampers. Select either of those setups and the standard electric power steering (with assistance levels related to speed) is upgraded to a variable ratio system. Meanwhile, the M Sport brakes (standard on some models, optional on others) can be had with blue or red callipers.

Premium coupe at a premium price

Pricing for the new BMW 4 Series Coupe is set to start at €53,930. That's for the 420i M Sport, which suggests that there will be no SE trim level this time around. Instead, there's a new M Sport Pro Edition, which adds the Sport transmission, M Sport brakes (where not already fitted), 19-inch alloy wheels, a rear spoiler, lots of extra dark detailing on the outside, M seat belts, a Harman Kardon sound system and a few other bits and pieces.

A full Irish price list for the new 4 Series Coupe is below (the pricing of some models is unavailable at the time of writing), though should be considered to be indicative rather than finalised at this early stage:

Spy shots have already revealed that that next-generation BMW 4 Series Convertible will use a soft-top instead of a folding hard roof, while we also know that a five-door 4 Series Gran Coupe is in the works.