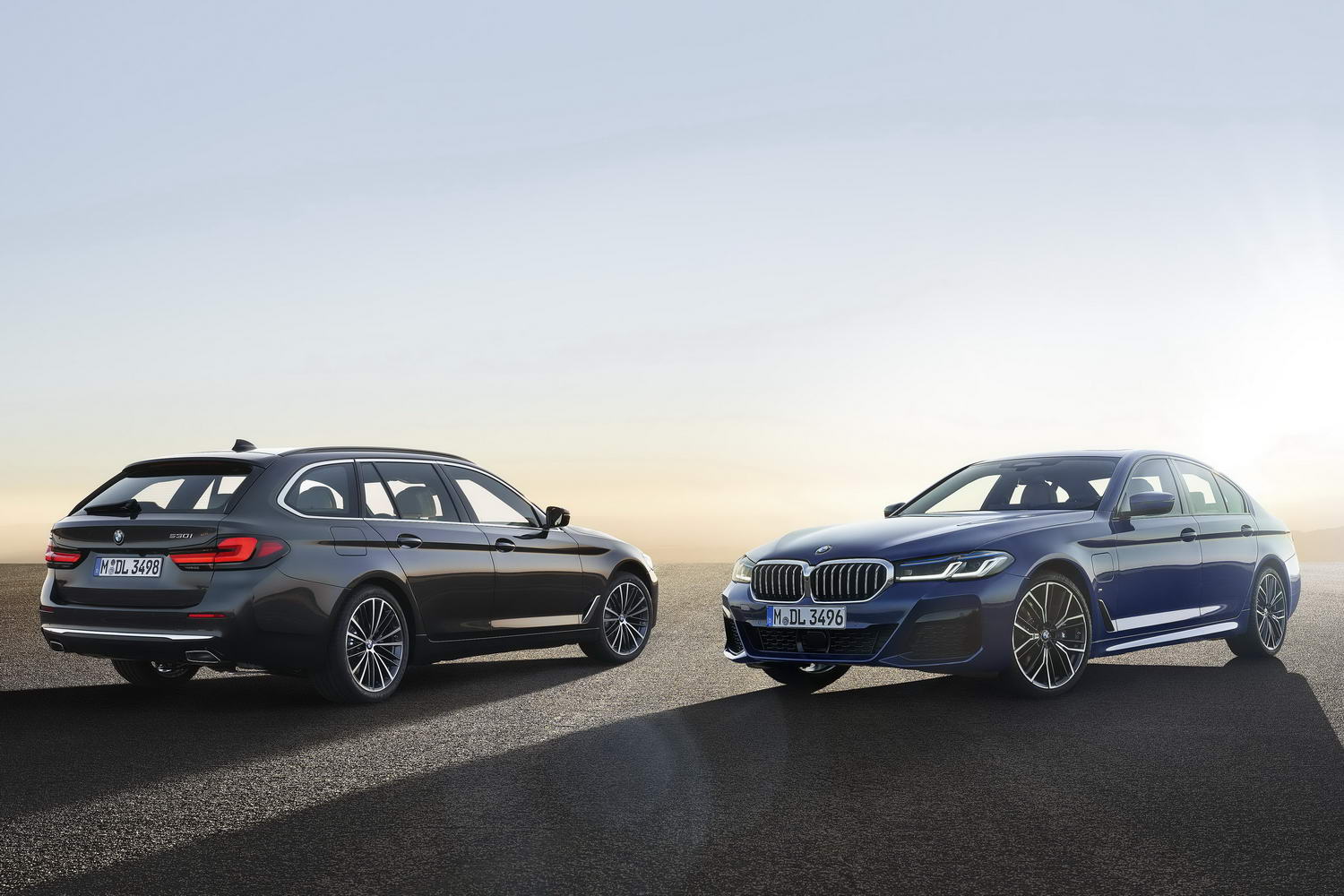 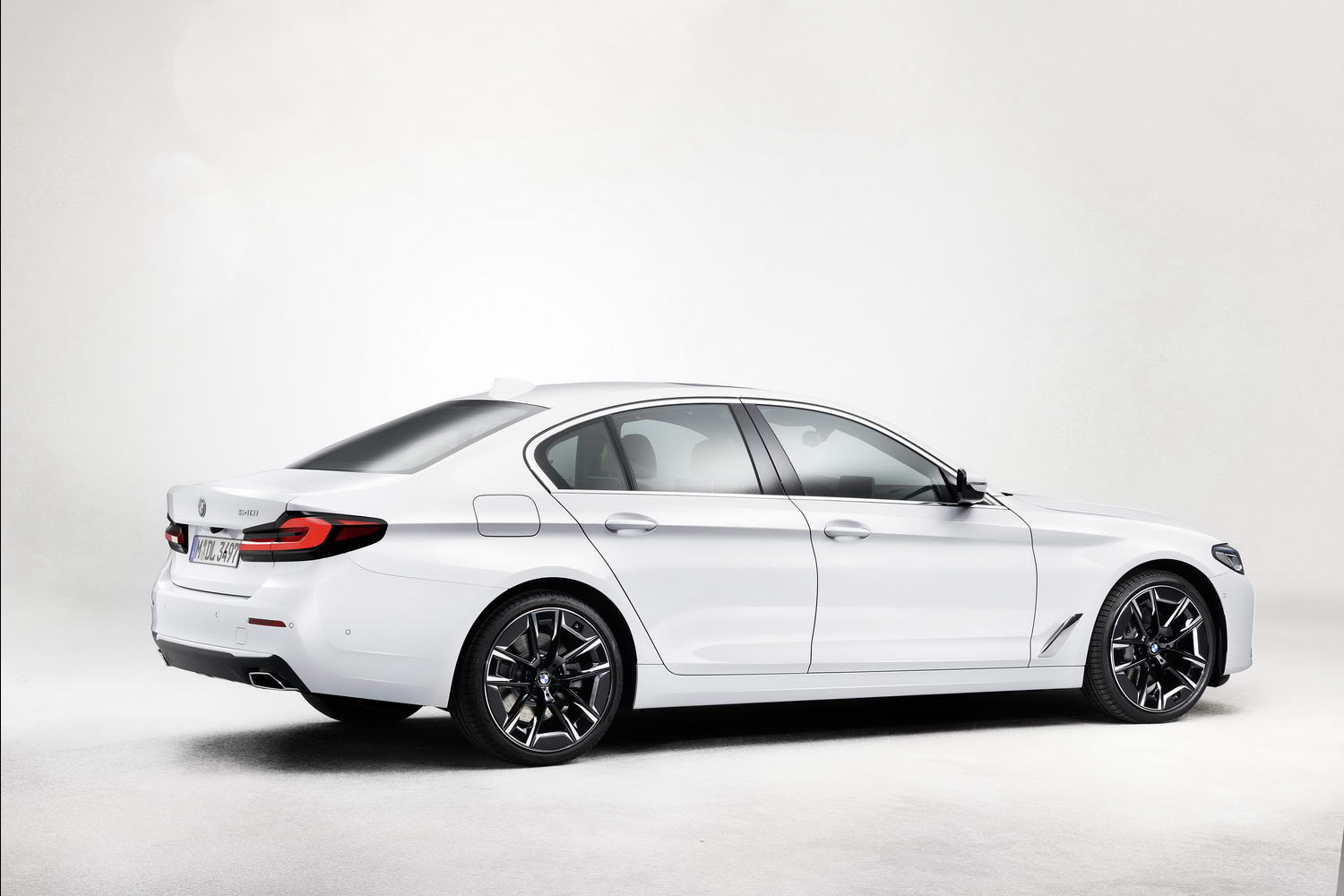 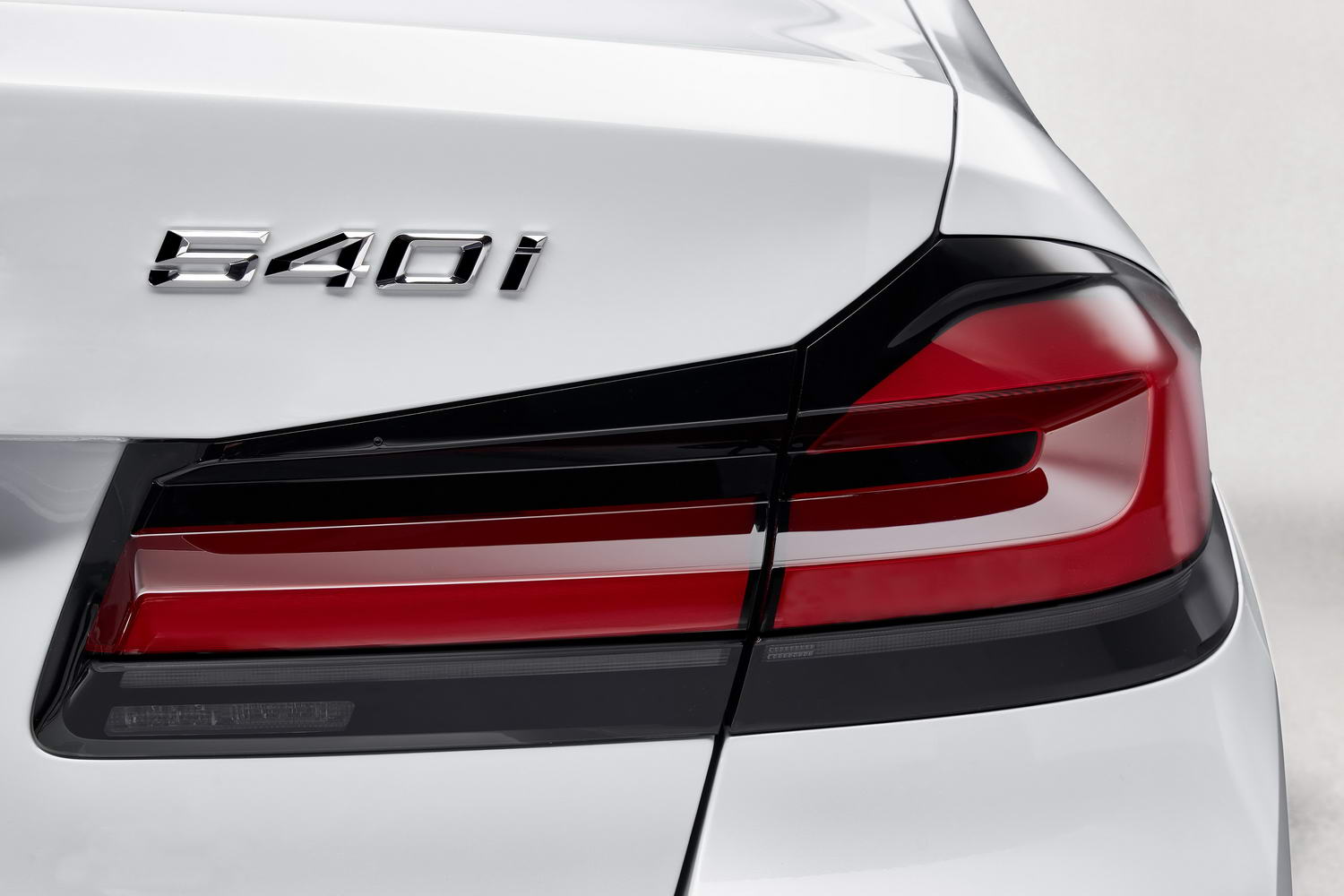 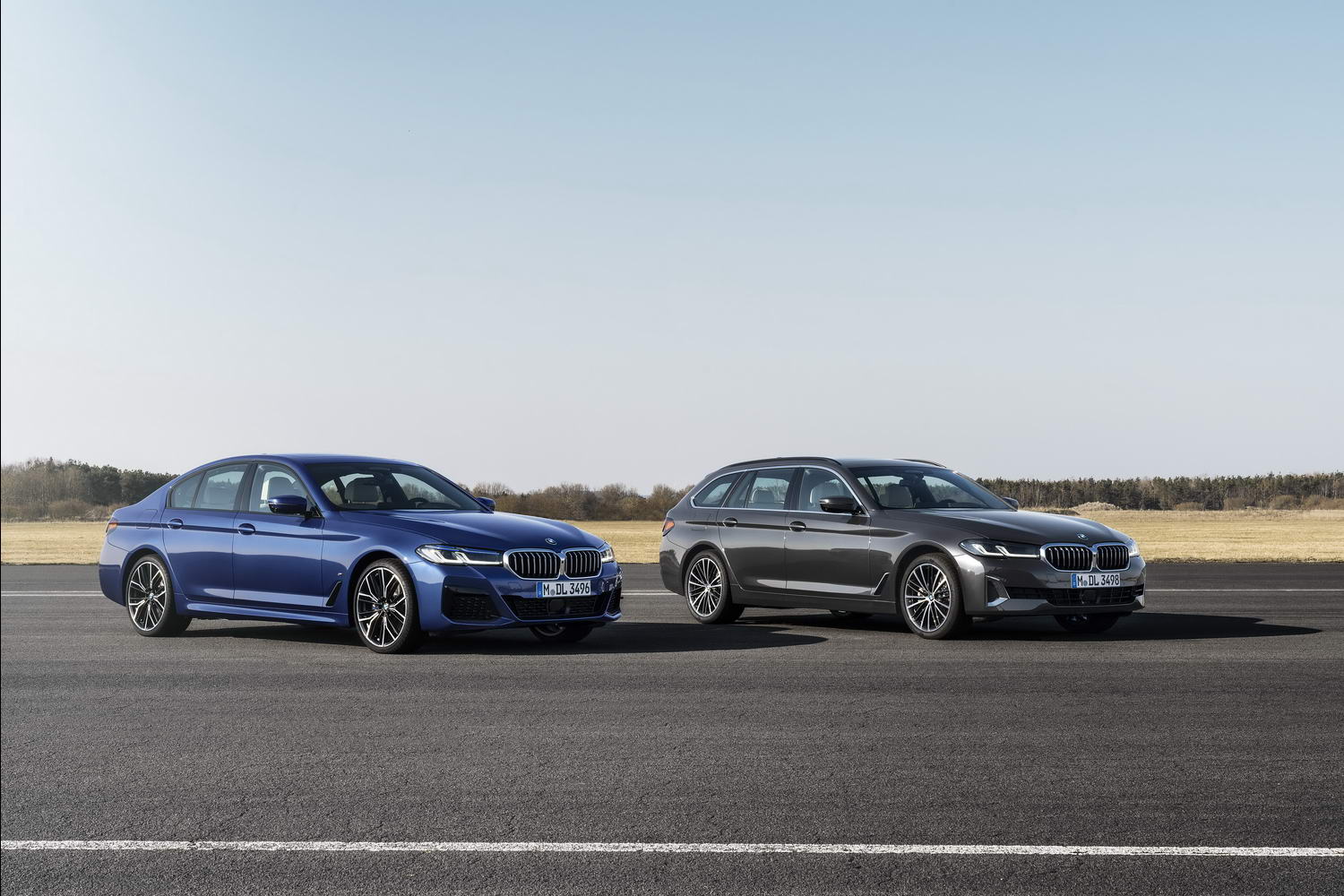 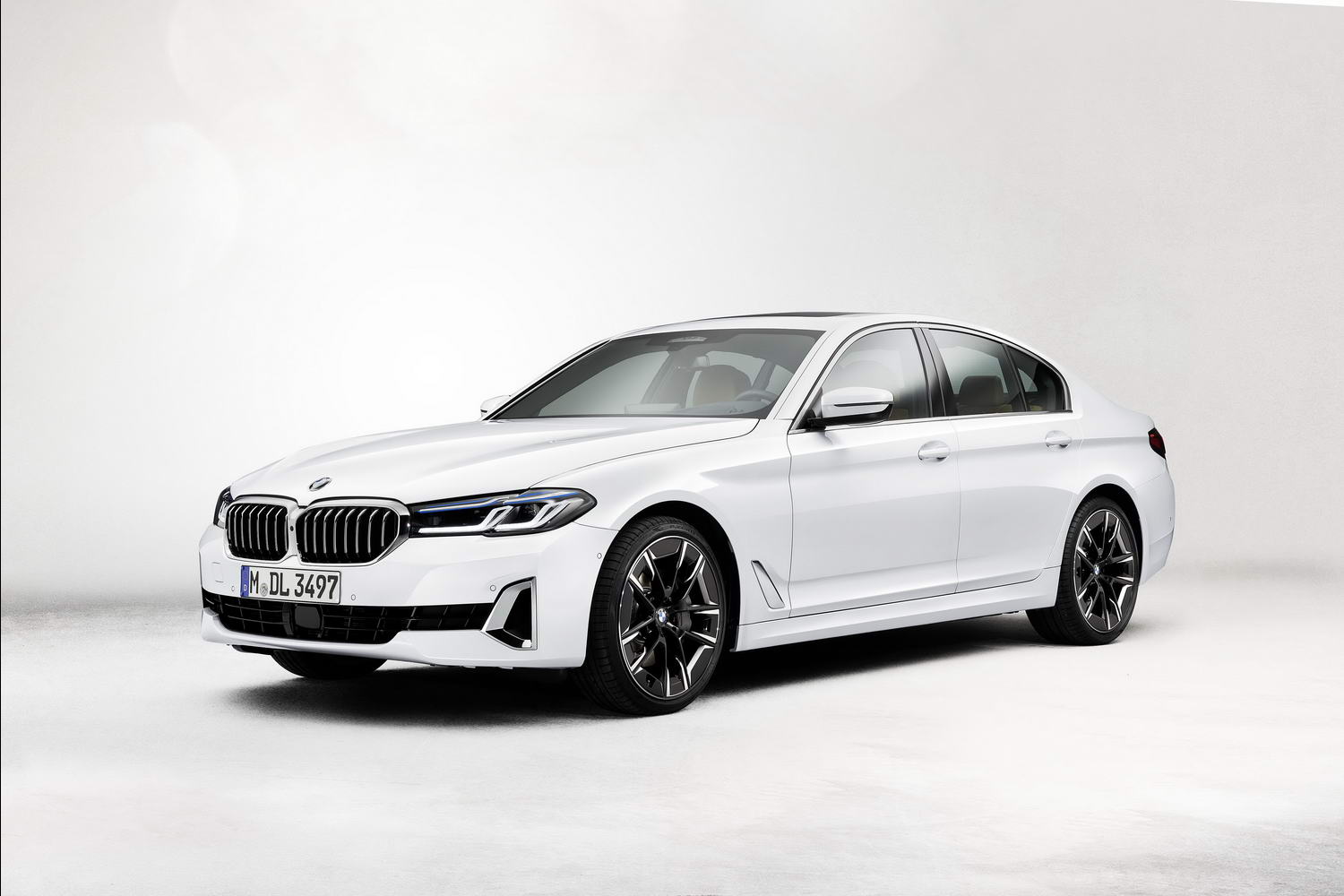 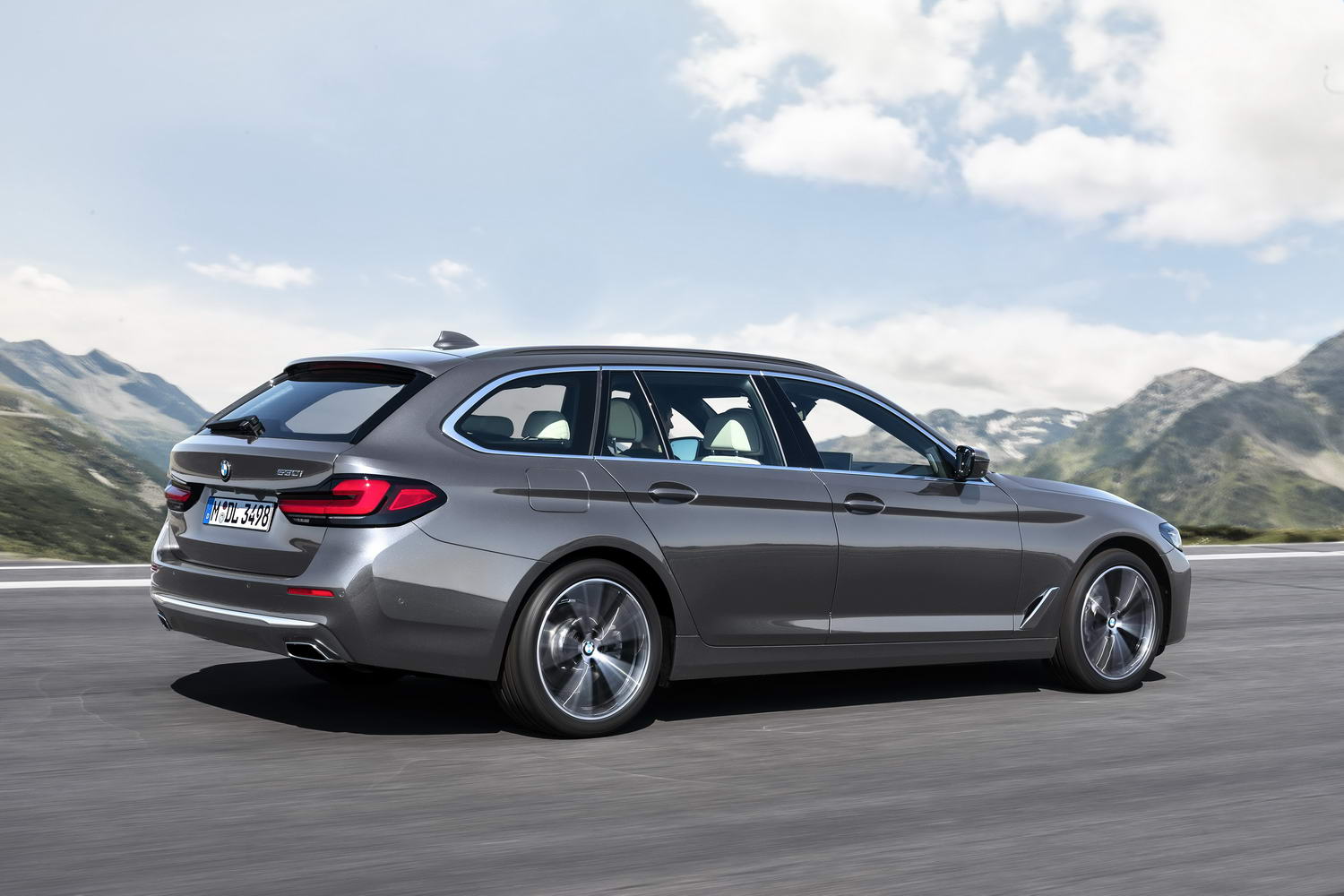 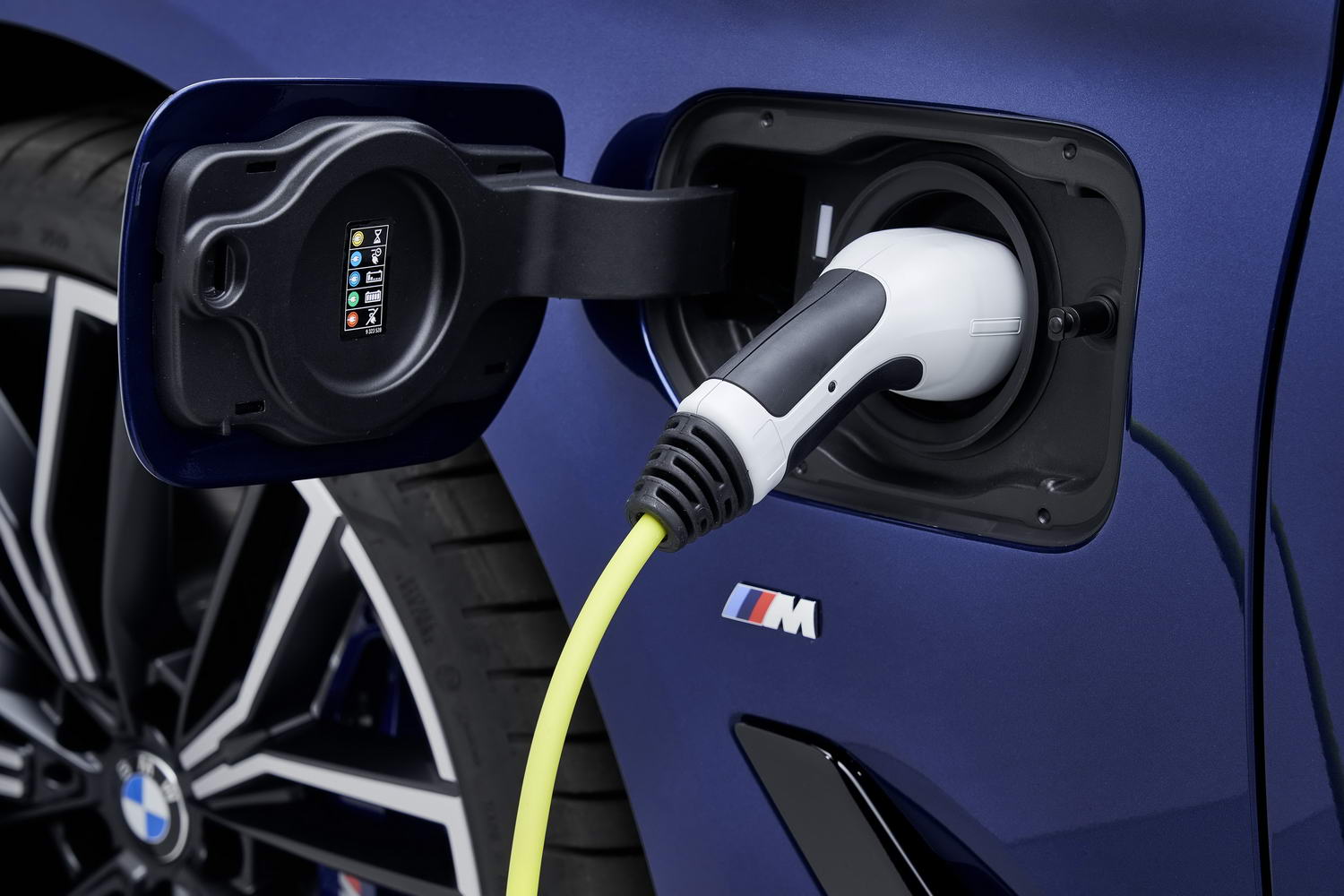 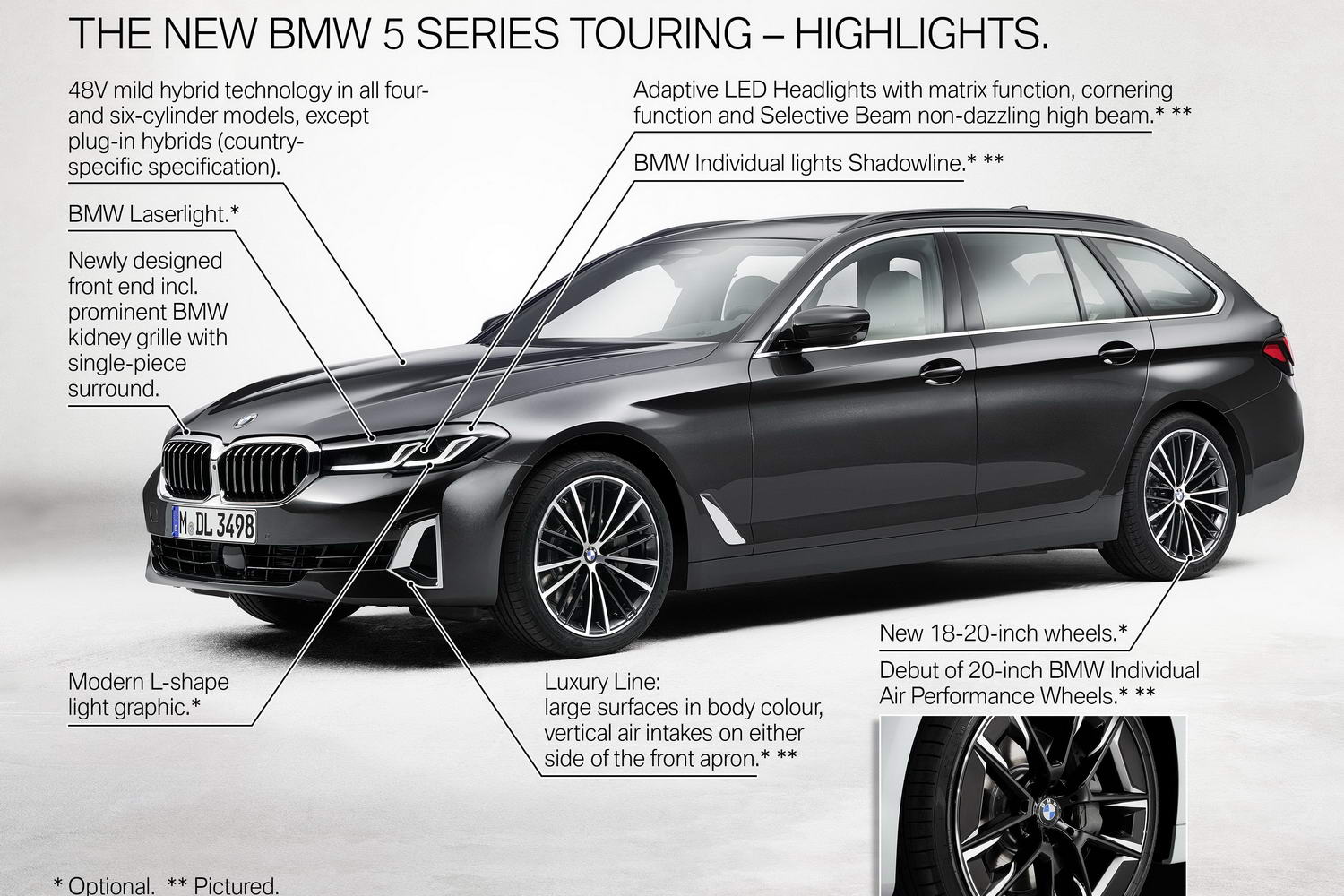 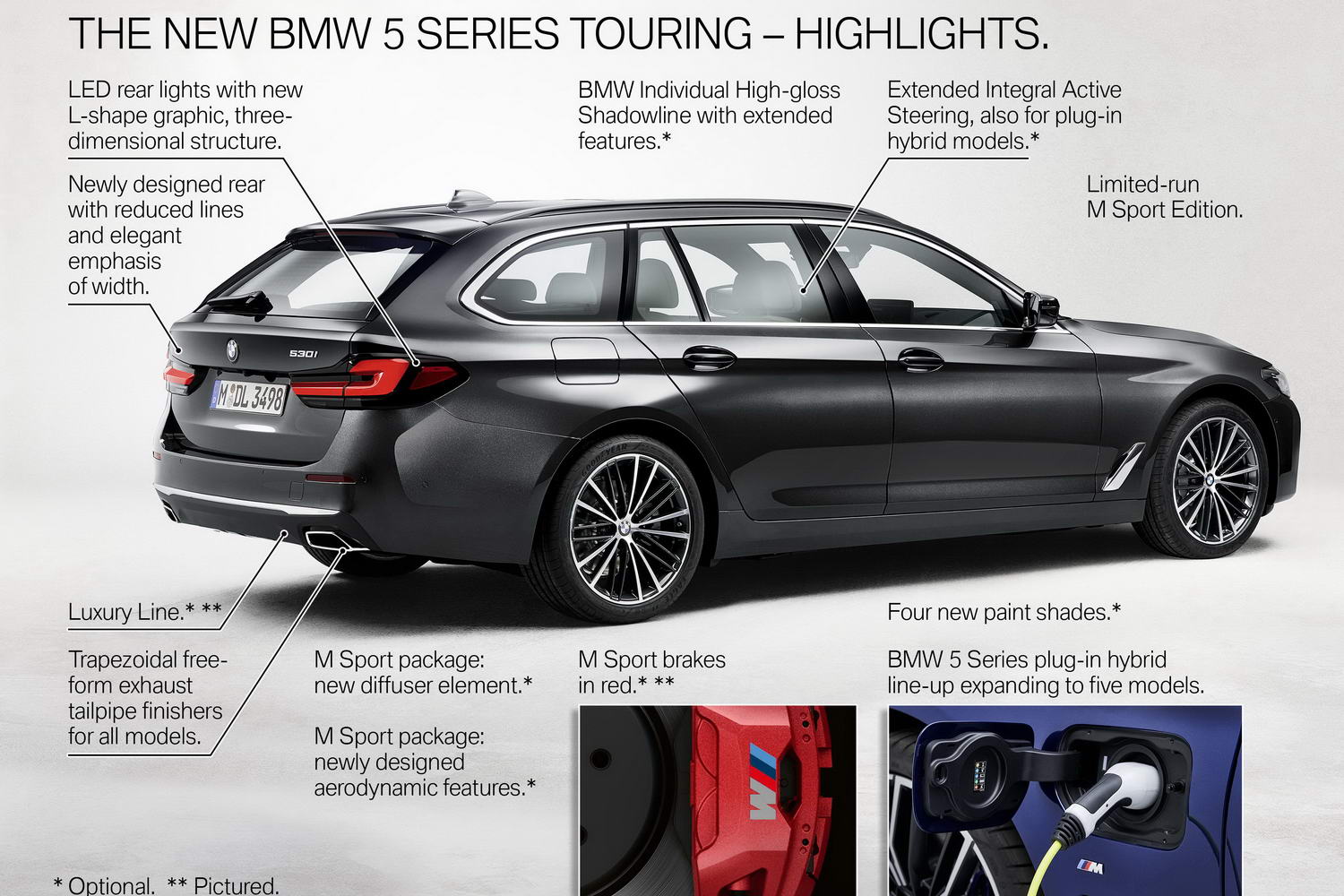 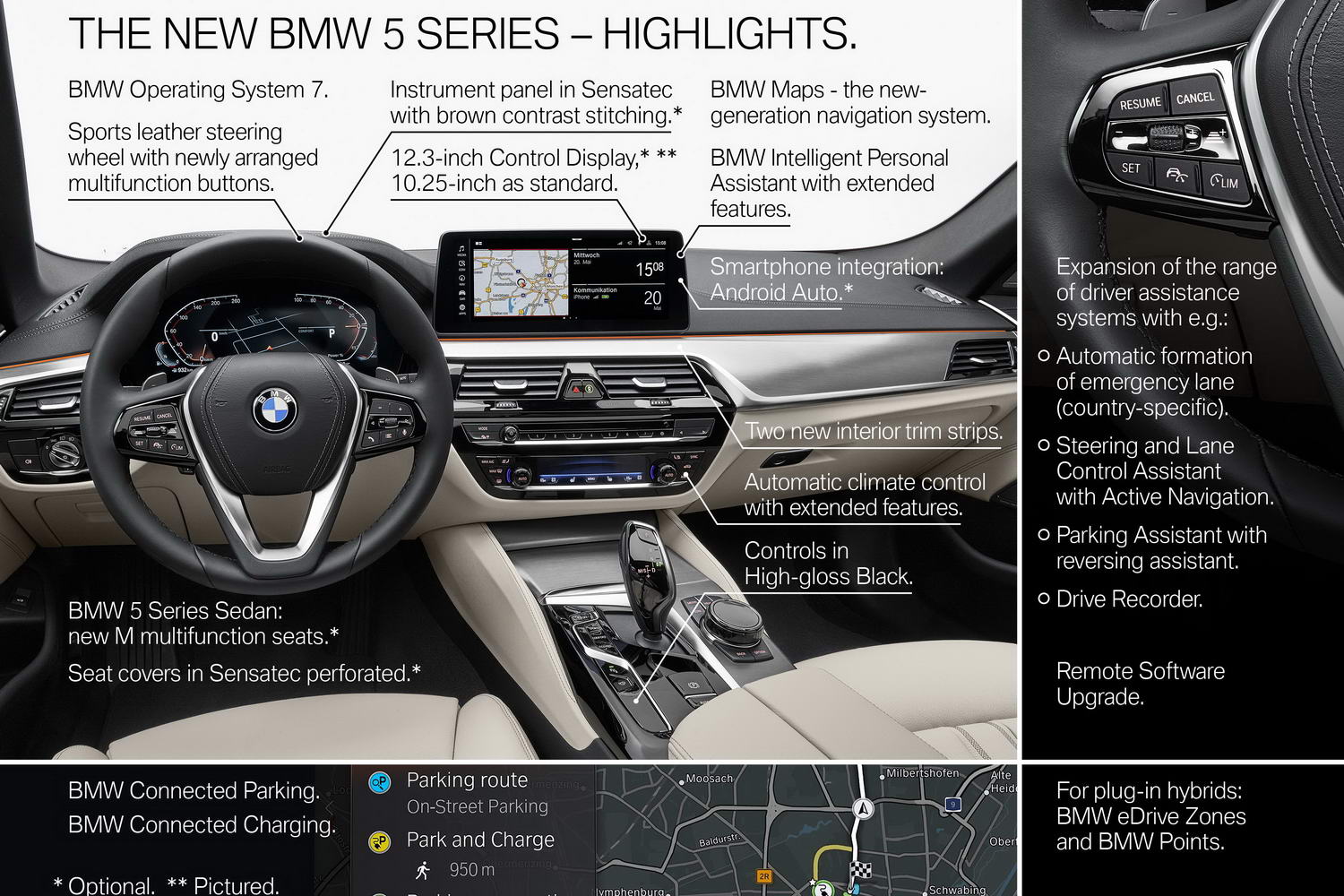 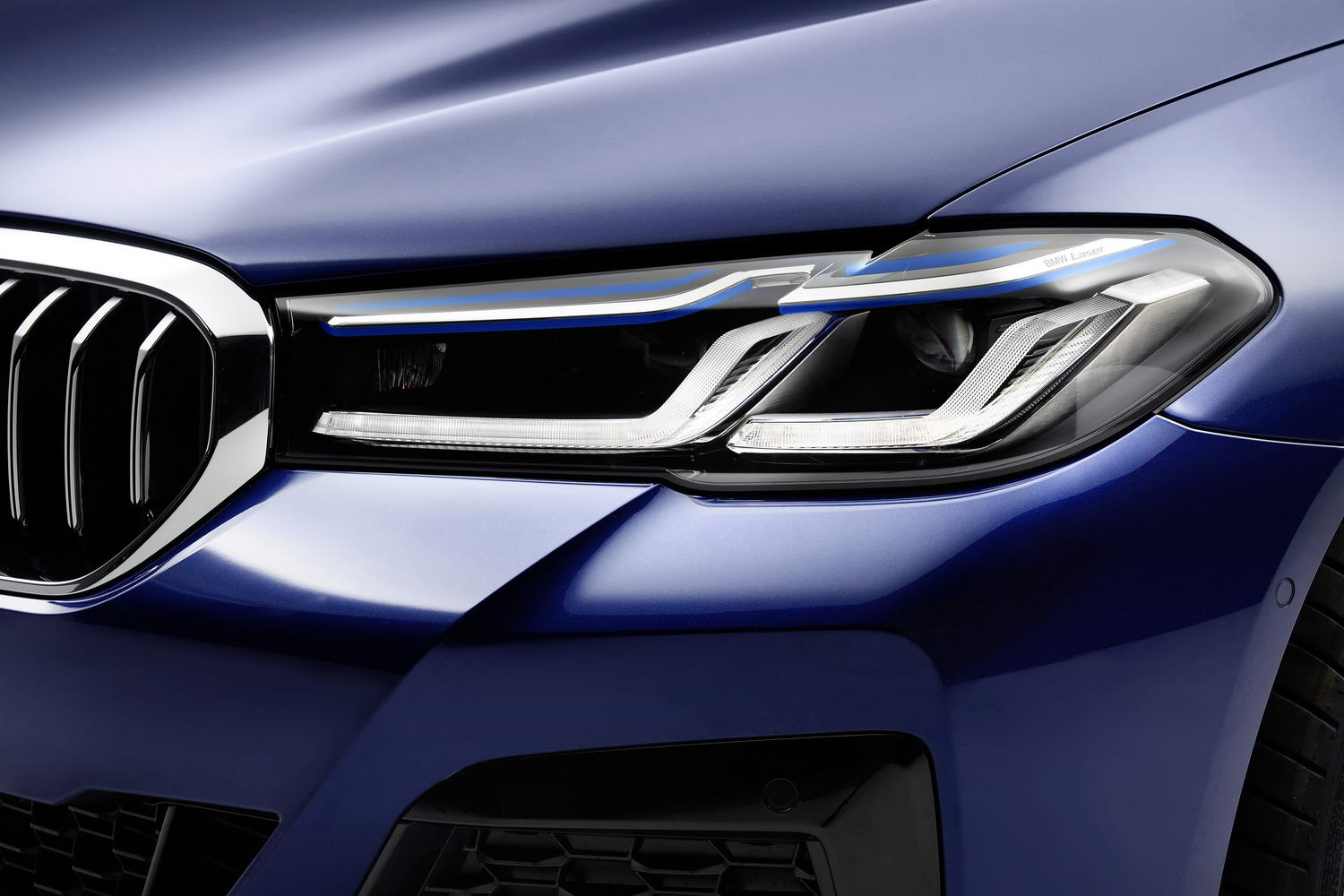 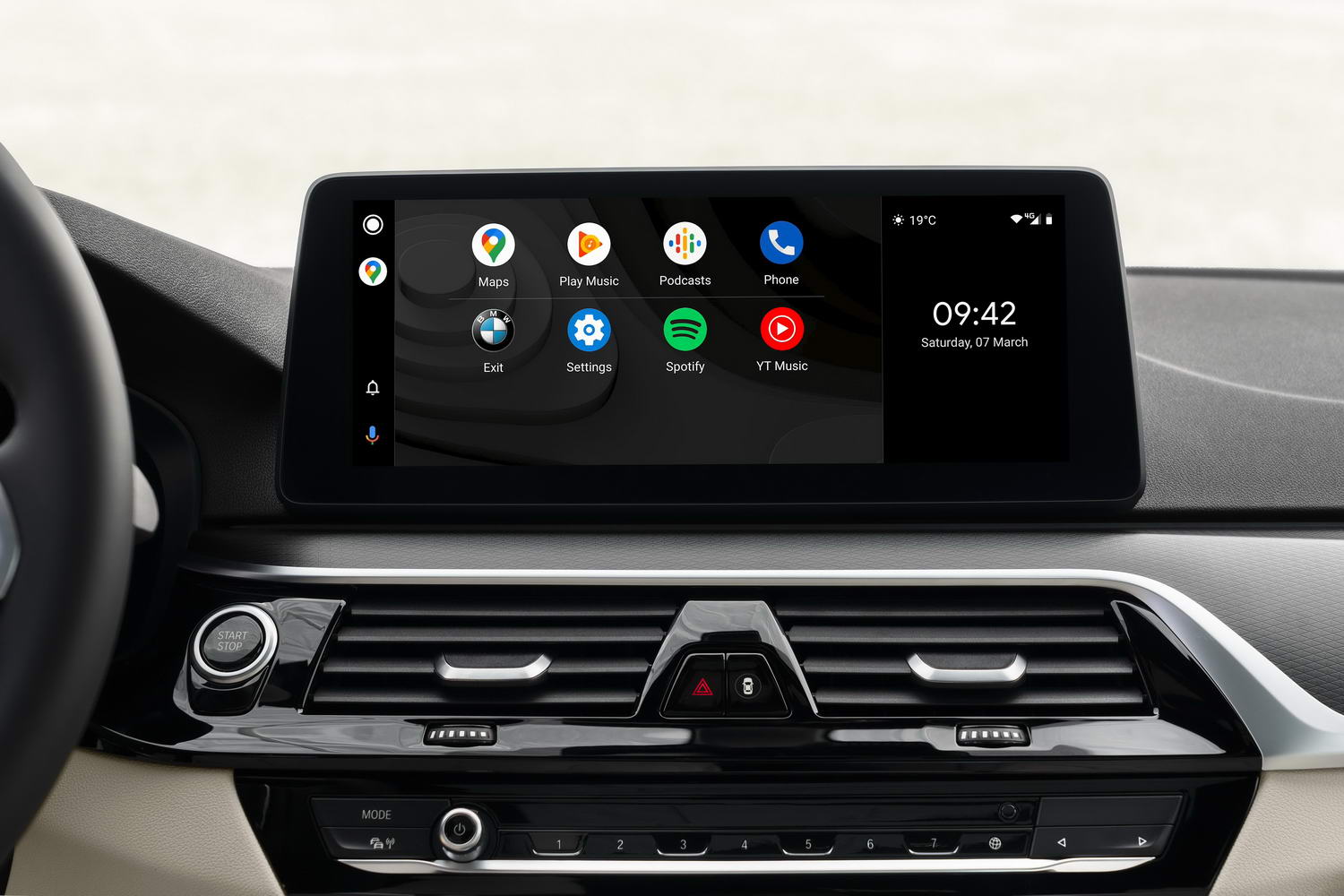 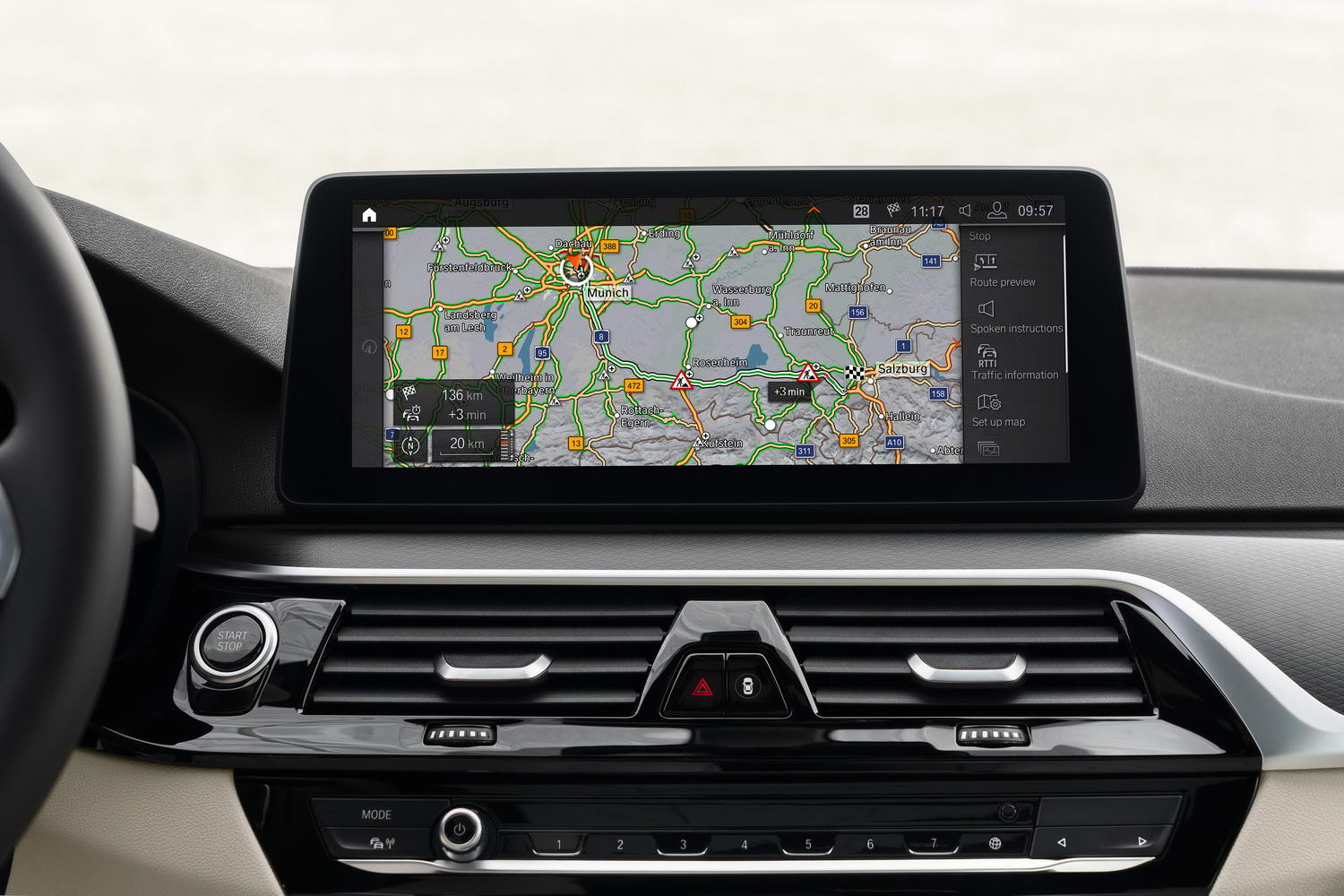 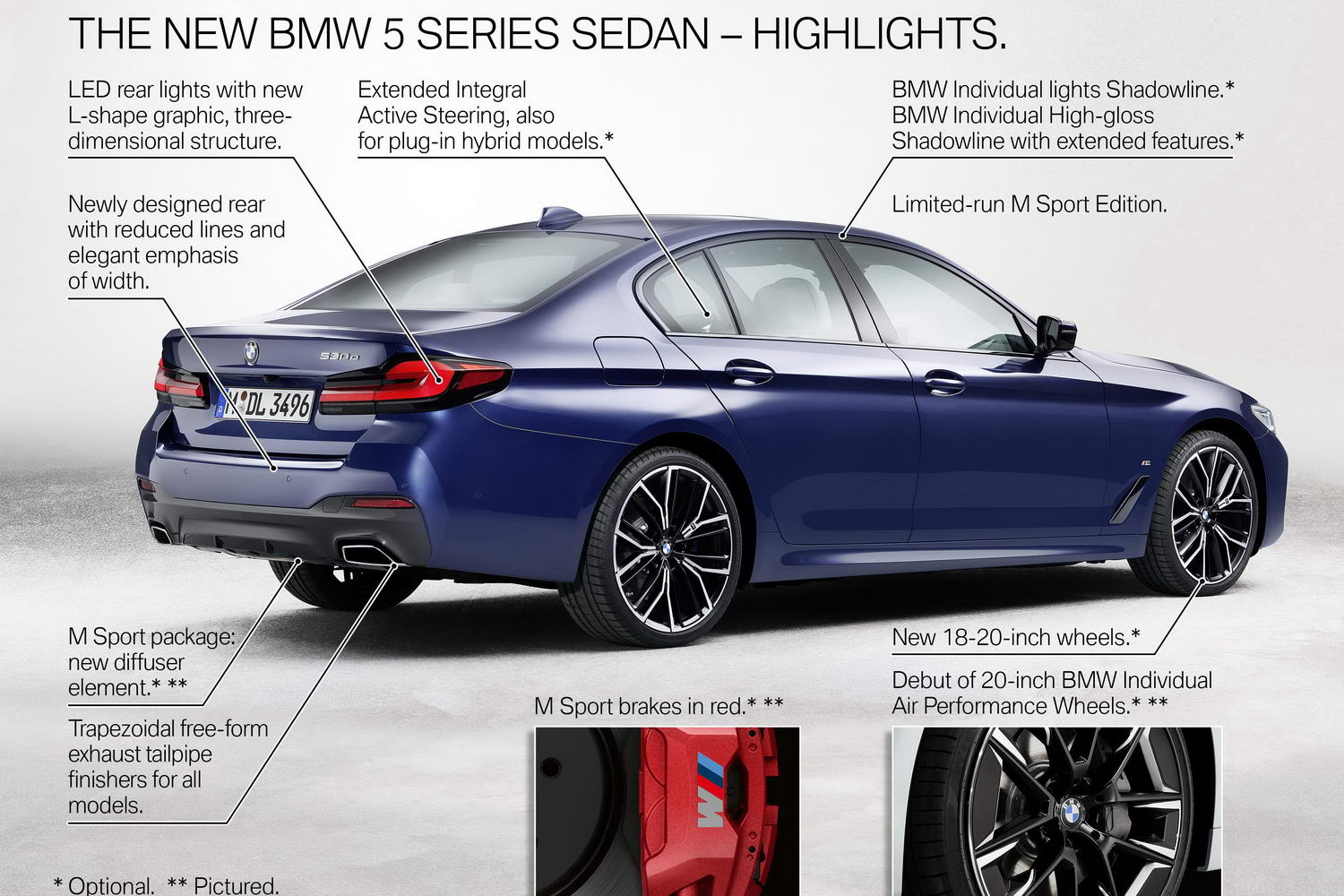 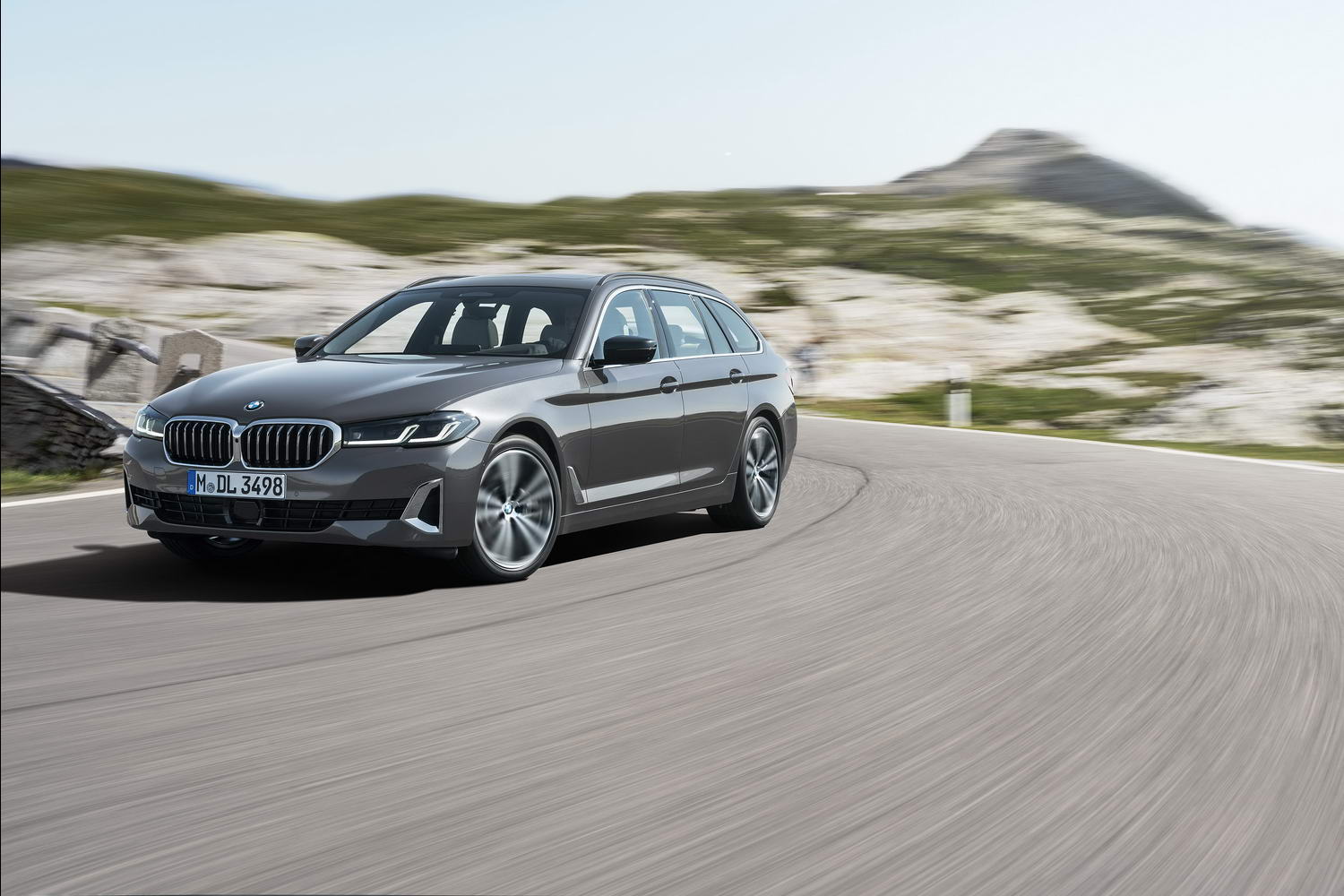 Say hello to the LCI-spec BMW 5 Series. "The what now?" I hear you ask. Well, if you had been paying attention to us, you'd know that LCI stands for Life Cycle Impulse, which is what BMW calls its facelifts. And along with a little nip and tuck, the 2021 edition of the 5 Series (for let's face it, it's unlikely to arrive on Irish shores long before the 211 plate change in January next year) adopts the company's latest infotainment and safety technology, while adding a whole lot of hybrid goodness to the line-up. And a little M-flavoured naughtiness, too, we're glad to report.

Fresh appearance for the 5 Series

You can come out from behind your sofa now, as BMW has, sensibly, not grafted the huge radiator grille of the latest 7 Series, X5 and X7 onto the front of the 5 Series. Yes, it does get an enlarged one-piece kidney grille, but we feel it works quite well with the redesigned front bumper and headlights (though it's worth noting that all of the cars in our galleries feature optional front lamps - either the BMW Laserlight items or adaptive LED units using a matrix function - with a distinctive daytime running light signature). New wheels and colours are complemented by a restyled rear end, too, featuring new LED lights, new bumpers (design depending on version) and snazzier looking exhaust outlets across the board.

Inside, existing 5 Series owners will immediately notice the new steering wheel and seats, not to mention the digital instrumentation, as part of the BMW Live Cockpit Professional. This is paired with a 10.25-inch touchscreen that can be optionally upgraded to 12.3 inches across the diagonal. The latest BMW operating system upgrades include a cloud-based satnav system called BMW Maps, remote updates for the software and smartphone mirroring for both Apple and Android phones. Elsewhere, new materials and switchgear have been drafted in to modernise the cabin.

BMW's hybrid options are given the limelight in this 5 Series update and the range of plug-in hybrid variants has increased significantly. First up, the 530e line-up is expanded to include saloon and Touring estate body styles, as well as the option to specify xDrive all-wheel drive. BMW has enhanced the efficiency of the 2.0-litre turbocharged four-cylinder petrol engine and fitted a more powerful electric motor, so peak power (delivered in short bursts via the XtraBoost feature) is now 292hp (the previous BMW 530e produced up to 252hp), while the hybrid system can generate up to 420Nm of torque. Just as impressively, the electric range of the 530e has increased from 50 kilometres before to as much as 67km now. The 530e Saloon costs from €63,195 on-the-road and is available in all trim levels with or without xDrive. Pricing for the 530e Touring will be announced closer to its release at the end of the year.

A new plug-in hybrid model called the 545e xDrive will sit above the 530e in the line-up. It uses the same powertrain as found in the BMW 745e and X5 xDrive45e, which means a silky-smooth turbocharged 3.0-litre straight-six petrol engine mated to an 80kW electric motor and xDrive all-wheel drive. Maximum outputs of 394hp and 600Nm are quoted, with an electric-only range of up to 57km. BMW has not yet released pricing for this model.

While demand for the hybrid versions of the 5 Series is likely to increase over the next 12 months, the regular petrol and diesel models are expected to remain popular. BMW has overhauled most of the engines in the range, enhancing efficiency and drivability by fitting a 48-volt 'mild hybrid' system to the majority of the four-cylinder and six-cylinder units. This move began late last year as the 520d gained a starter-generator and extra battery to make much more use of the energy captured through regenerative braking. The updated 520d, incidentally, gets the new twin-turbo 2.0-litre engine that debuted in the BMW 320d, though maximum outputs are unchanged at 190hp and 400Nm. The 530d also gets two turbochargers for its straight-six diesel engine for the first time, helping raise its torque to 650Nm and peak power to 286hp. A new 540d xDrive variant sits above that, featuring two variable geometry turbochargers and producing up to 340hp and 700Nm of torque. It's not clear if this will be available on the Irish market, however.

Turbocharged 2.0-litre four-cylinder petrol engines are found in the entry-level 520i and the 530i, while the 540i uses a 3.0-litre six-cylinder unit that produces 333hp. All feature the 48-volt tech. Incidentally, all models come with a further updated eight-speed automatic gearbox as standard, which comes in regular and Sport flavours (the latter is usually optional, save for a few 5 Series variants).

Nothing drastic has been done to the chassis of the 5 Series, but BMW has increased the level of customisation open to buyers. The xDrive four-wheel-drive system, for example, can be had on all models other than the 520i, and it is standard on the most powerful cars. Meanwhile, BMW's Integral Active Steering system, which can turn the rear wheels by small amounts to aid agility, manoeuvrability and stability, is now available across the range, even on the hybrids.

They can't be had with the M Sport suspension, however, which gets specific spring and damper tuning, plus a 10mm ride height drop. There's no such limitation for the Adaptive suspension option, which features adaptive damping. Buyers of non-hybrid examples of the 5 Series with a six-cylinder engine can further upgrade the car with Adaptive Drive, which adds an active body lean stabilisation system. Meanwhile, all versions of the 5 Series Touring estate get self-levelling air suspension on the rear axle.

For those with a little more to spend...

If you want something a little more special than the M Sport trim level, get your order in quick, as BMW has announced that it will be making 1,000 examples of a new M Sport Edition. This gets special paint, gorgeous new 20-inch alloy wheels, M Sport suspension and brakes and a host of aesthetic updates inside and out to make it stand out. It'll be available with any engine for an additional €6,000 (or thereabouts) over the price of the equivalent M Sport car.

Or if your pockets are deeper again, you might be pleased to know that the BMW M550i xDrive will now be offered in right-hand drive for the first time. This M Performance Vehicle bridges the gap between the rest of the 5 Series line-up and the mighty BMW M5, but it's a serious performance car by any measure. It's powered by a twin-turbocharged 4.4-litre V8 petrol engine, sending 530hp and 750Nm to all four wheels. It gets a bespoke chassis tune and extra equipment, including an electronically controlled rear differential, plus all-wheel drive. All for the princely sum of €104,535 on-the-road.

Coming to Ireland in time for 211 plate

If you'd like to know even more than we're detailed here, feel free to drop us a question using the Ask Us Anything page.