This page is intended to give you a brief idea of who CompleteCar.ie is run by.

If you'd like to get in touch regarding advertising, sponsorship or any other commercial reason, including asking one of the team to contribute to a radio or television programme, please use the form below. If, however, you have a motoring related query, we'd appreciate if you asked it on the Ask us Anything page so it can benefit all readers. Thanks a lot.

It should be noted that CompleteCar.ie aims to be completely compliant with the General Data Protection Regulation (GDPR), implemented on 25 May, 2018. At no stage shall we contact you without your express permission. Your data will never be shared with a third party and it is kept in a secure database on our servers, with limited personnel access. You have the right to have your data deleted at any time and also to get a copy of your data on file. For any related queries, please send us a message using the form on the Who we are page.

Shane's background is a PhD. in automotive engineering. He began his motoring career working as an engineer in the UK - following years of hands-on training alongside his dad in his garage. Shane soon realised that he preferred driving and writing about cars to developing them in the first place and hence started the CE Editorial Agency in 1999. Though he remains at the helm of that business (and writes for dozens of motoring and lifestyle outlets around the world every month), Shane moved home to Ireland in 2006. He is one of the co-founders of CompleteCar.ie, originally launched in 2009, and is actively engaged in planning and putting together the site's content on a daily basis.

Since the start of 2012, Shane also took on the role of Motoring Correspondent for the Business Post (previously the Sunday Business Post). He is regularly asked to discuss motoring matters on a myriad of television and radio stations - not to mention periodically writing for several other prominent Irish publications.

With a career that began on two wheels, Dave has worked through various areas of the automotive industry before turning to journalism. He brings with him a wealth of knowledge from the manufacturer, consumer and media sides. Every bit as happy riding a Honda Cub as driving a supercar, Dave has what's best described as a 'varied' taste in all things mechanical. In addition to founding 50to70.com he's been an integral part of the CompleteCar.ie team since 2013. On top of that, Dave is a member of the CE Editorial Agency team, writing for a wide variety of publications around the globe, plus several right here in Ireland. Finally, Dave is no stranger to the national airwaves, as he contributes regularly to radio shows.

Neil Briscoe has been a motoring writer (or car critic, as he prefers) since 1997 and has to be constantly reminded to shut up talking about cars at home. As well as CompleteCar.ie and the CE Editorial Agency's clients, he writes for The Irish Times. In his career he has raced a Mazda MX-5, driven a Land Rover up an Icelandic glacier and been overtaken by a Daewoo Matiz while testing an Alfa Romeo 147. Of the three, it's that last one he's never been able to live down. Husband of one, father of two, he lives in Belfast and would rather to drive off-road than on a race track. 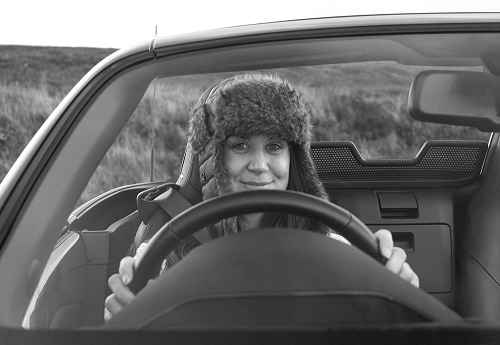 Melanie feels at home behind the wheel of any vehicle. In fact, she once made a beat-up Nissan Serena her home for a year as she travelled around New Zealand. She is a driving and road trip nut, leading her to drive a 1981 Volkswagen Kombi T2 across South America, to take a rental city car off-roading in Nevada and to tackle the Transfagarasan Highway (the 'World's Best Road') in a Dacia Duster. She's a bit unconventional, to say the least.

She combines these real-world driving experiences with her background in Psychology and Digital Marketing to manage our online presence, digital strategies and social media accounts.