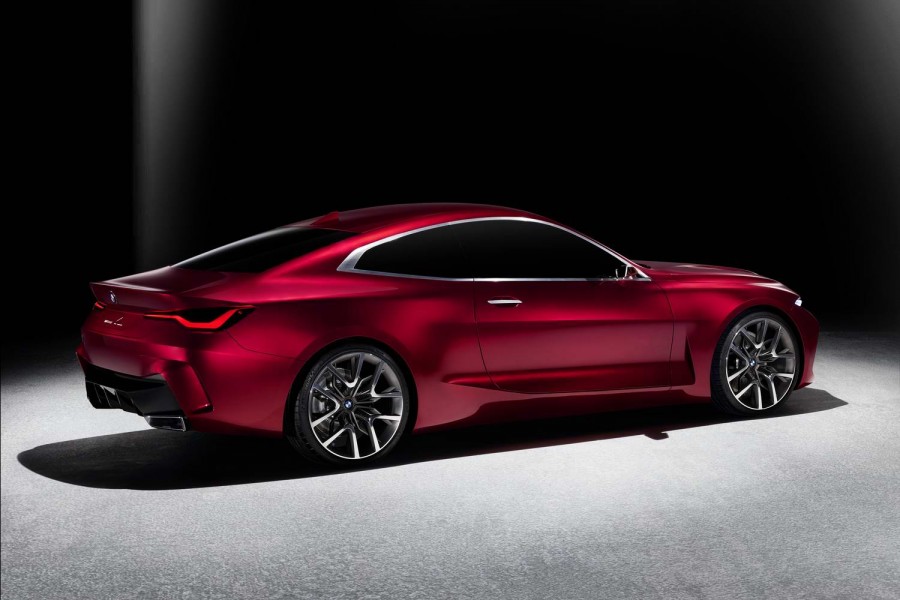 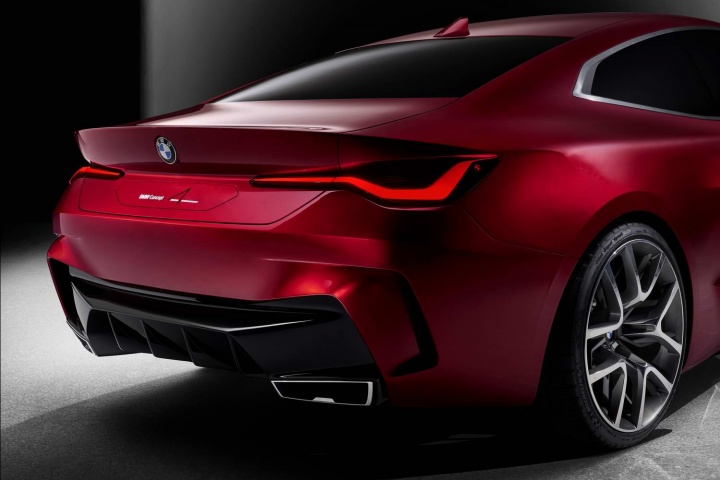 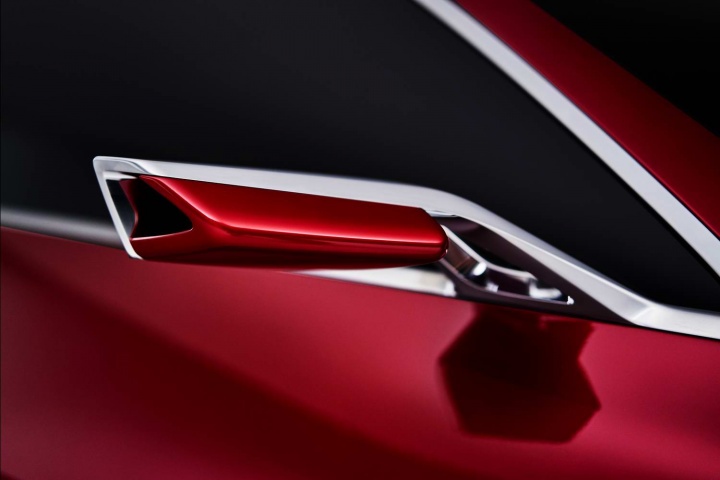 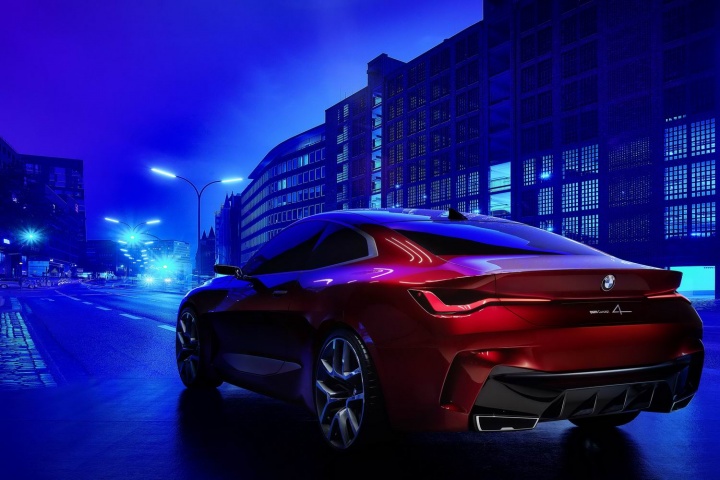 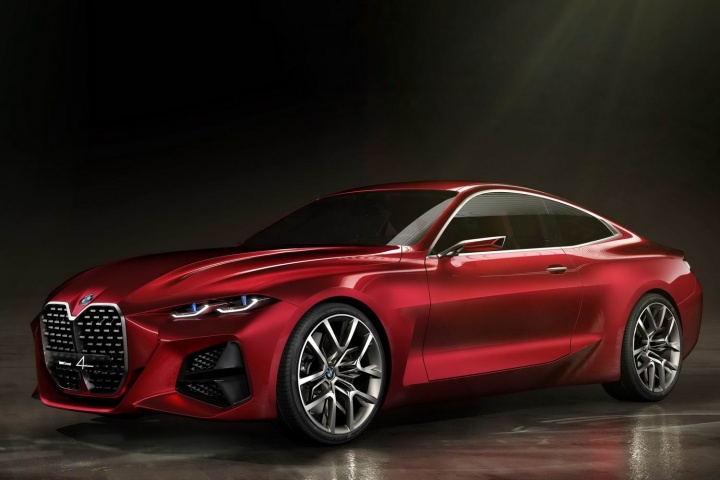 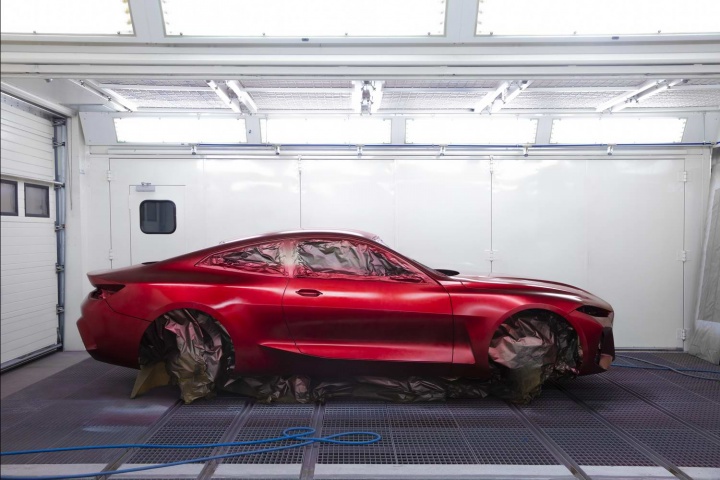 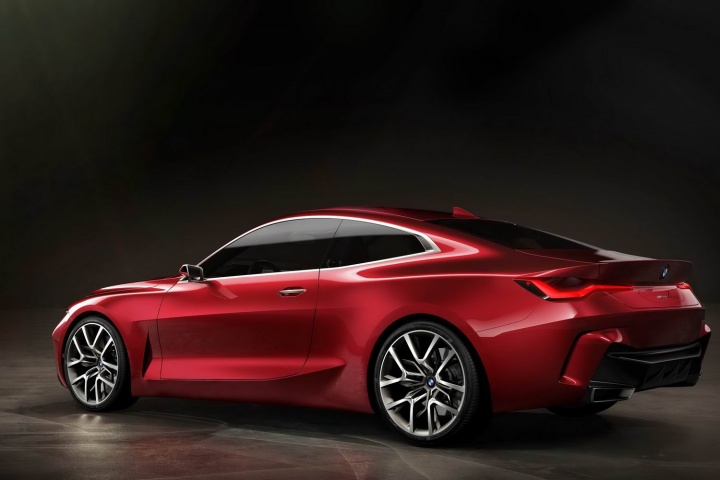 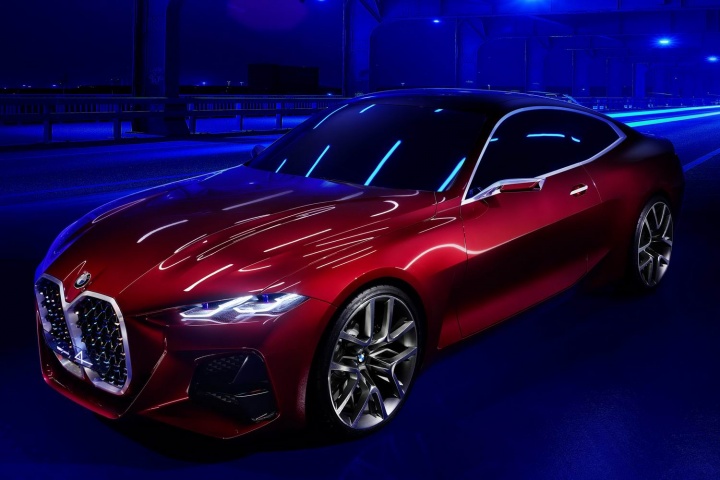 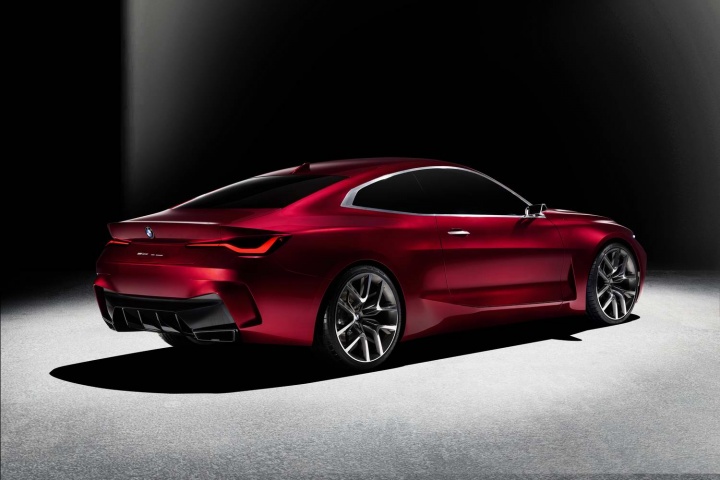 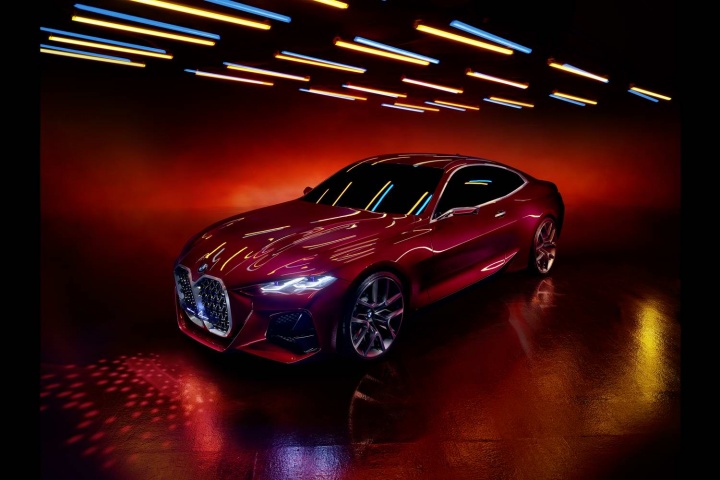 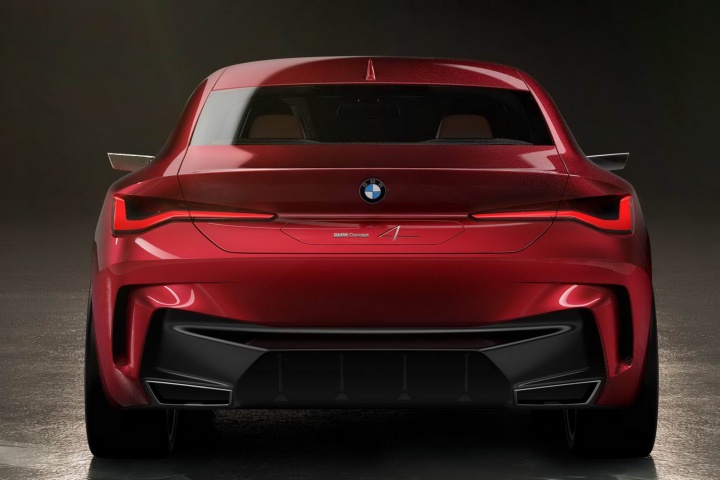 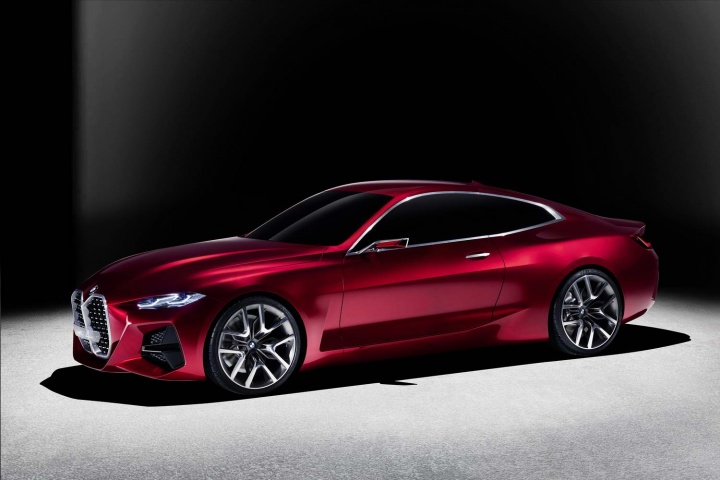 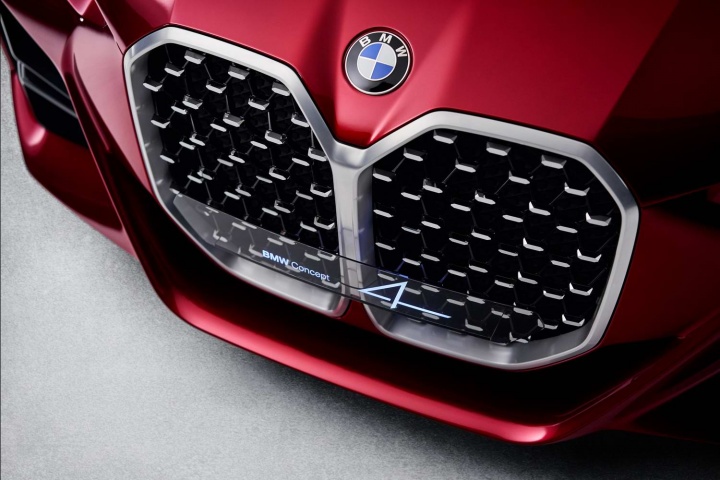 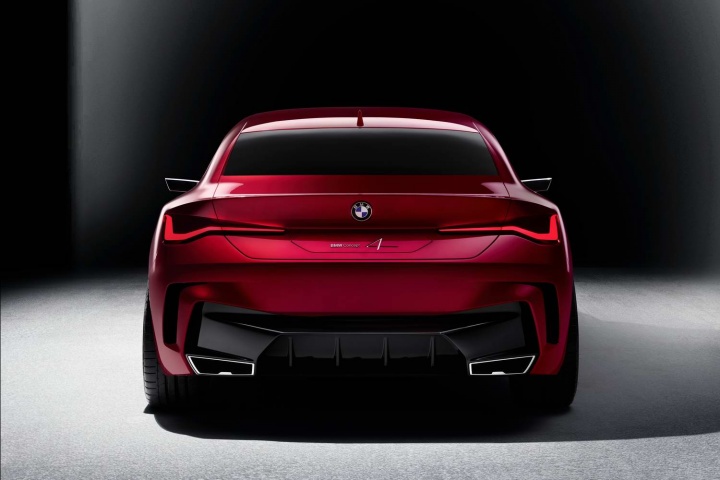 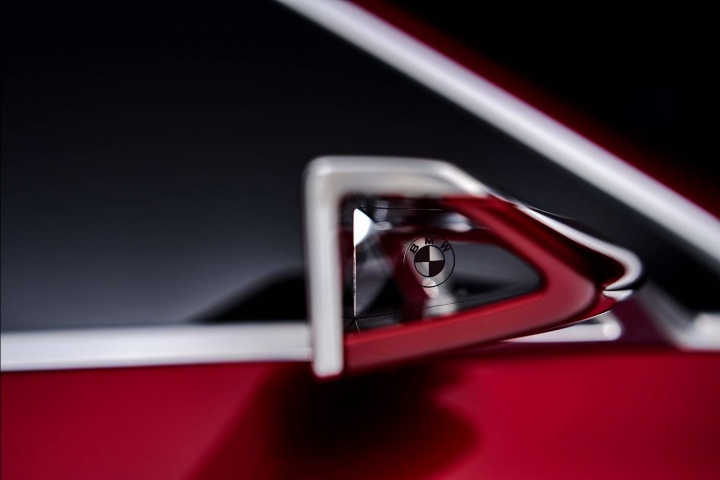 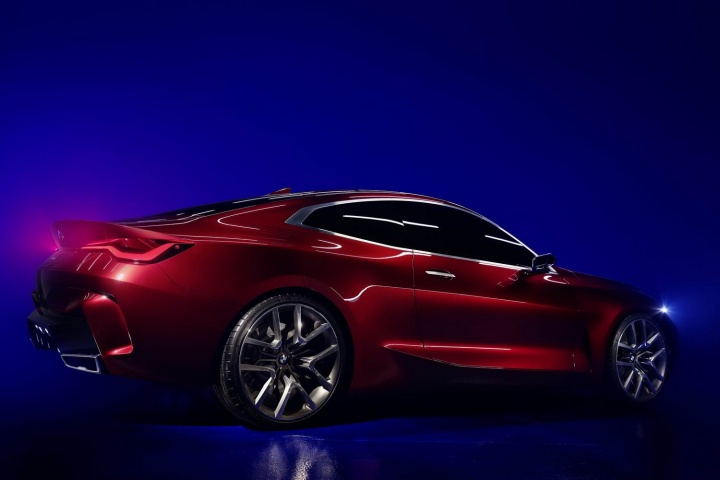 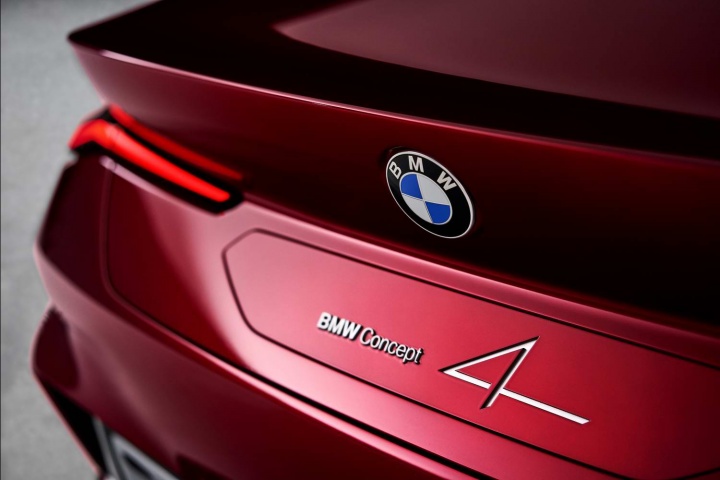 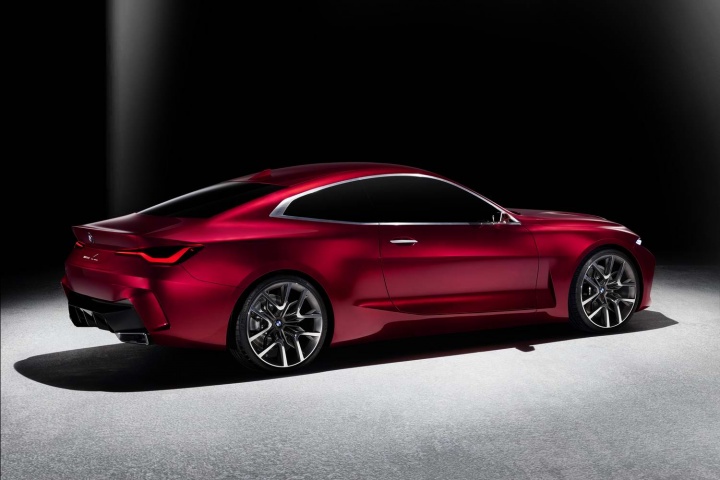 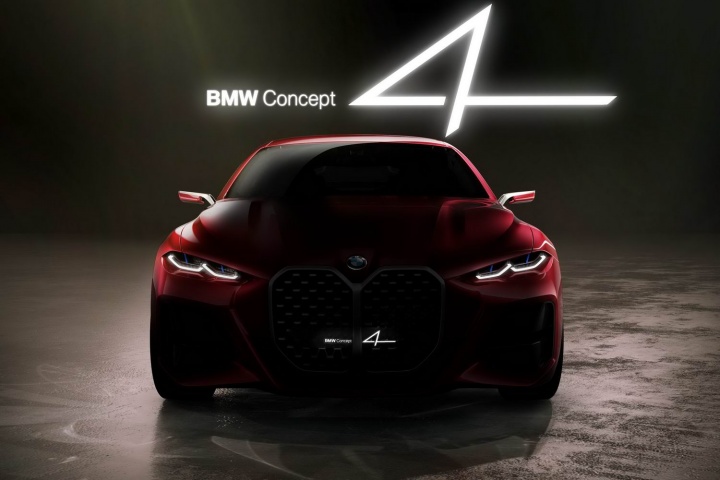 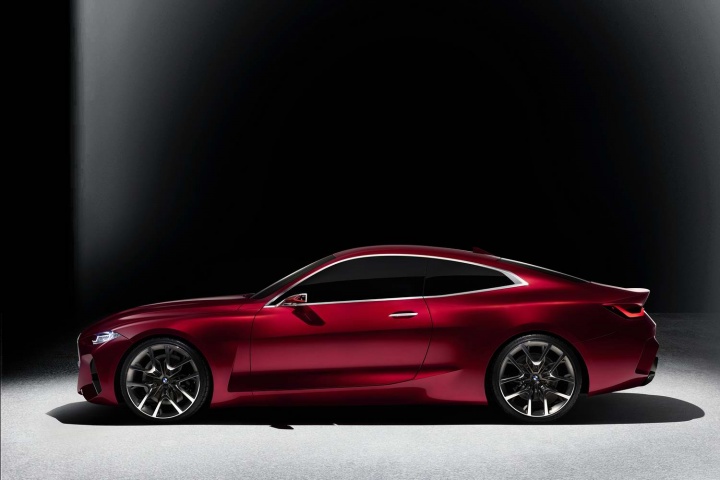 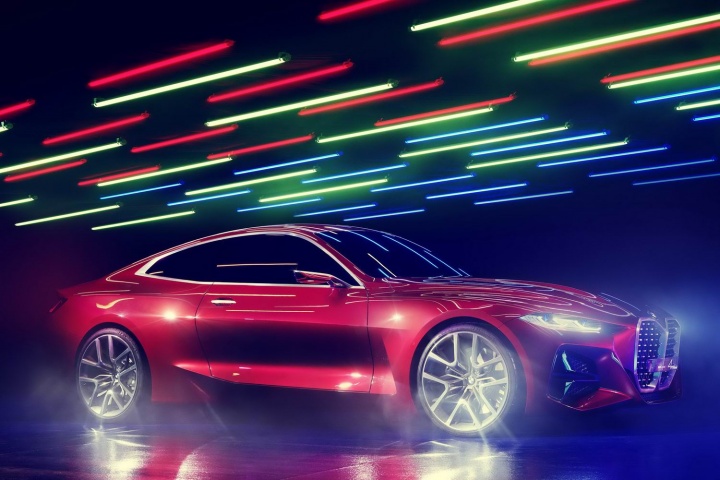 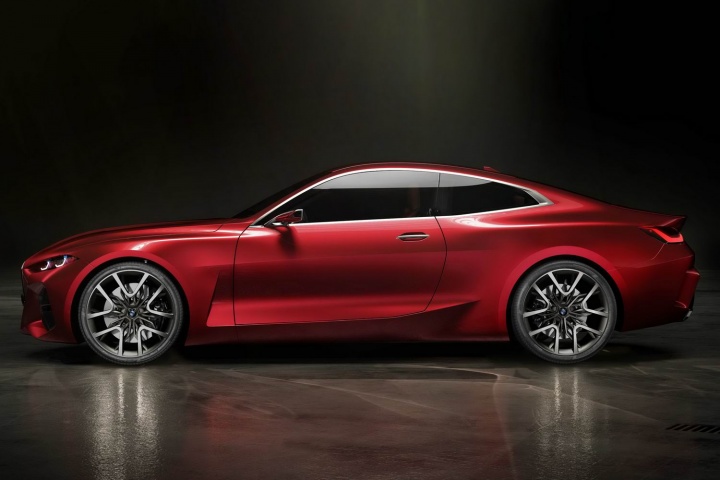 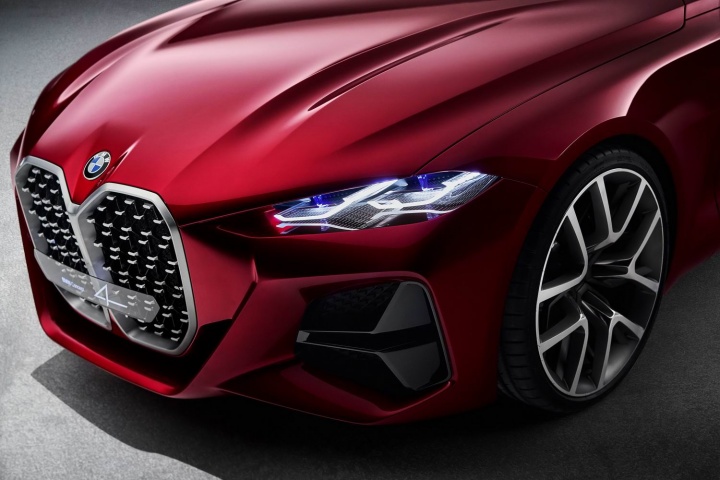 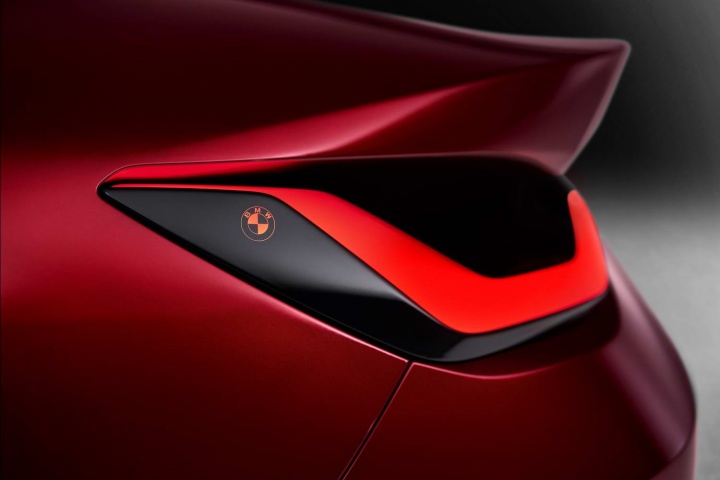 No prizes for guessing which new 2020 production model the BMW Concept 4 coupe previews. The Frankfurt Motor Show debutante suggests that the next BMW 4 Series will make a dramatic departure from the four-door 3 Series Saloon it shares so much with. The Concept 4 is presented merely as a show car, with no reference to the mechanicals underneath.

While we're drooling at the proportions of the new 4 Series Coupe (I mean the Concept 4), and love the surface treatment on its flanks, along with the sharply detailed rear end and high-tech LED lights, there's no getting away from the fact that its front grille is going to court controversy.

"The kidney grille has always been a signature feature of BMW cars," says Domagoj Dukec, Head of BMW Design. "The BMW Concept 4 presents a confident and classy take on this iconic feature. At the same time, the BMW Concept 4 offers a look ahead to the expressive face of the 4 Series range."

We guess that means the showroom model is going to have a rather upright variation on the BMW kidney grille, as on the show car, though presumably without the hand-crafted detailing within and the transparent registration plate. Its maker can rightfully point out that such icons as the BMW 328 and 3.0 CSi had vertical grilles, but that won't, we suspect, stop the negative vitriol on social media. Take a moment, though, to note how the bonnet is sculpted where it butts up against the top of the grille, forming a sharply contoured valley for the BMW badge to sit. The rest of the bonnet is extravagantly shaped, as well, while oversized air intakes make up the rest of the face.

Moving hastily around to the side, here at least the Concept 4 should gain universal acclaim, thanks to a long wheelbase, short overhangs, muscular wheelarches and new surfacing of the body panels not found elsewhere in the BMW range today. The bespoke 21-inch rims fill those arches convincingly, the side glass is shallow and the show car gets a set of dinky door handles and swanky door mirrors that, sadly, we're unlikely to see reach production.

We reckon the rear end isn't far off showroom-ready, with its L-shaped LED lights and diffuser-shaped bumper. Encouragingly, there are exhaust pipes included in the design and a hint at the quad outlets usually reserved for BMW's M models. We have no doubt at all that there will be a new BMW M4, but probably not until at least 2021. The 2020 4 Series will, of course, be rear-wheel drive by default, with xDrive four-wheel drive available with some engines. Expect BMW to confirm 430i, M440i xDrive and 430d next year, with plenty more to follow.