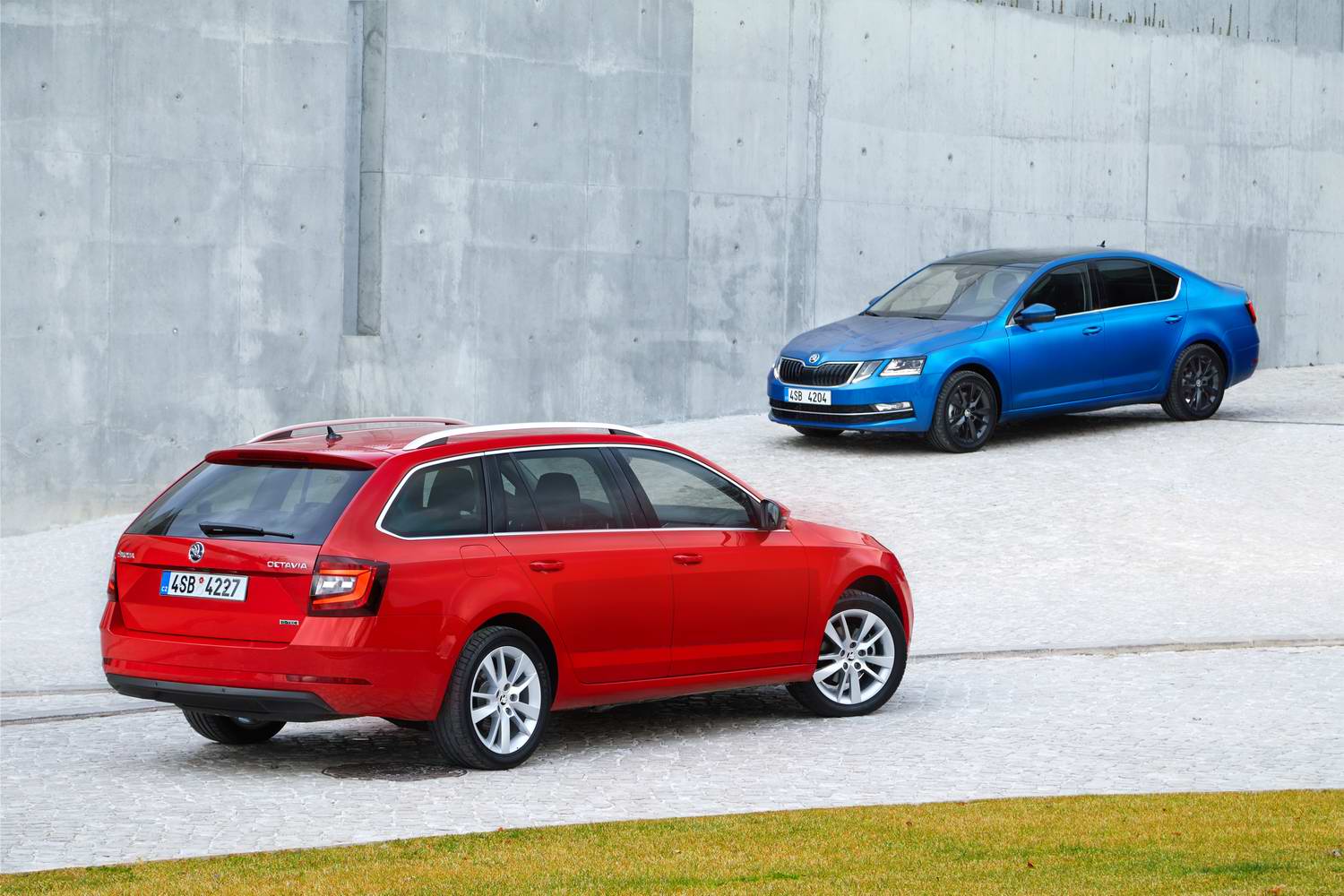 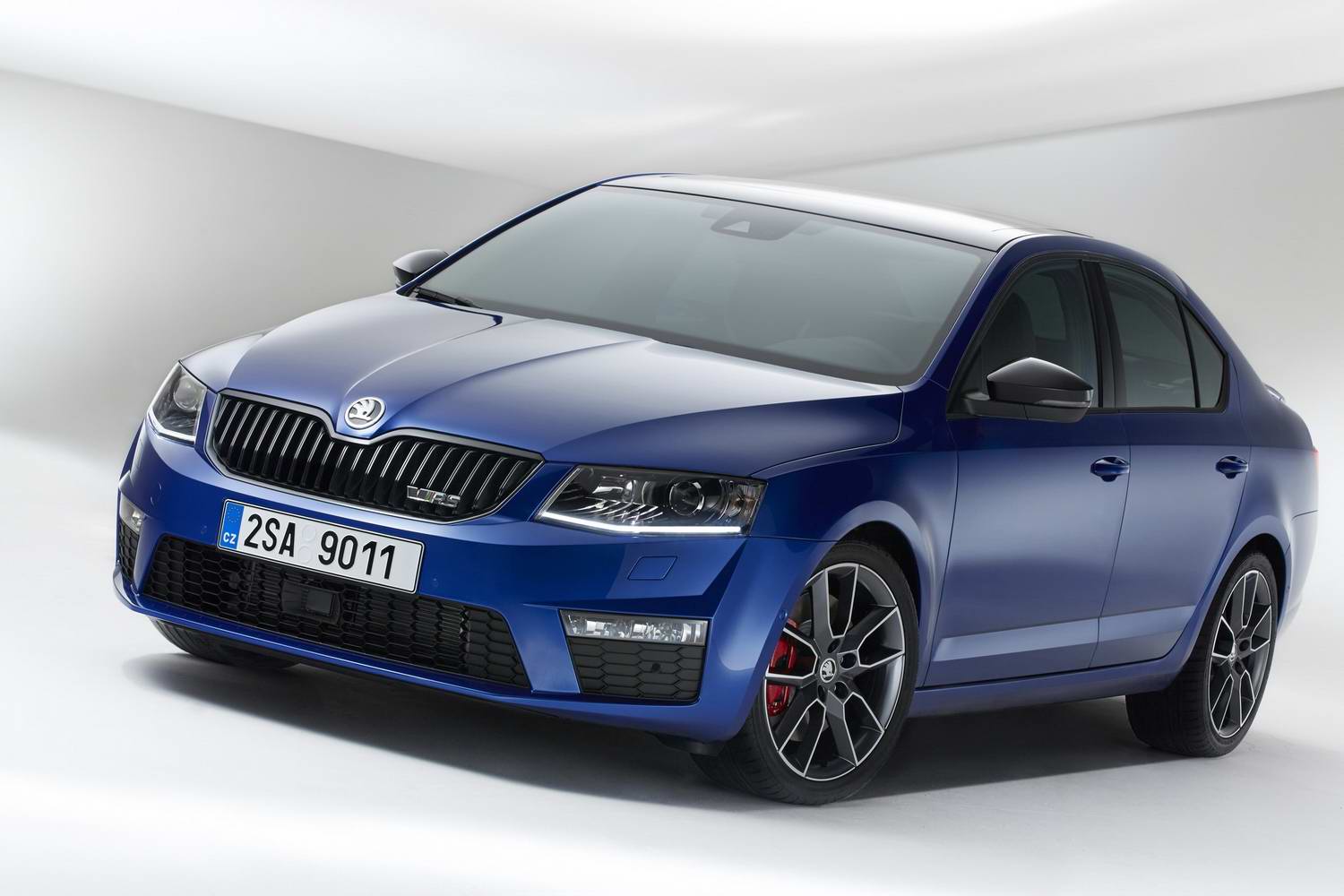 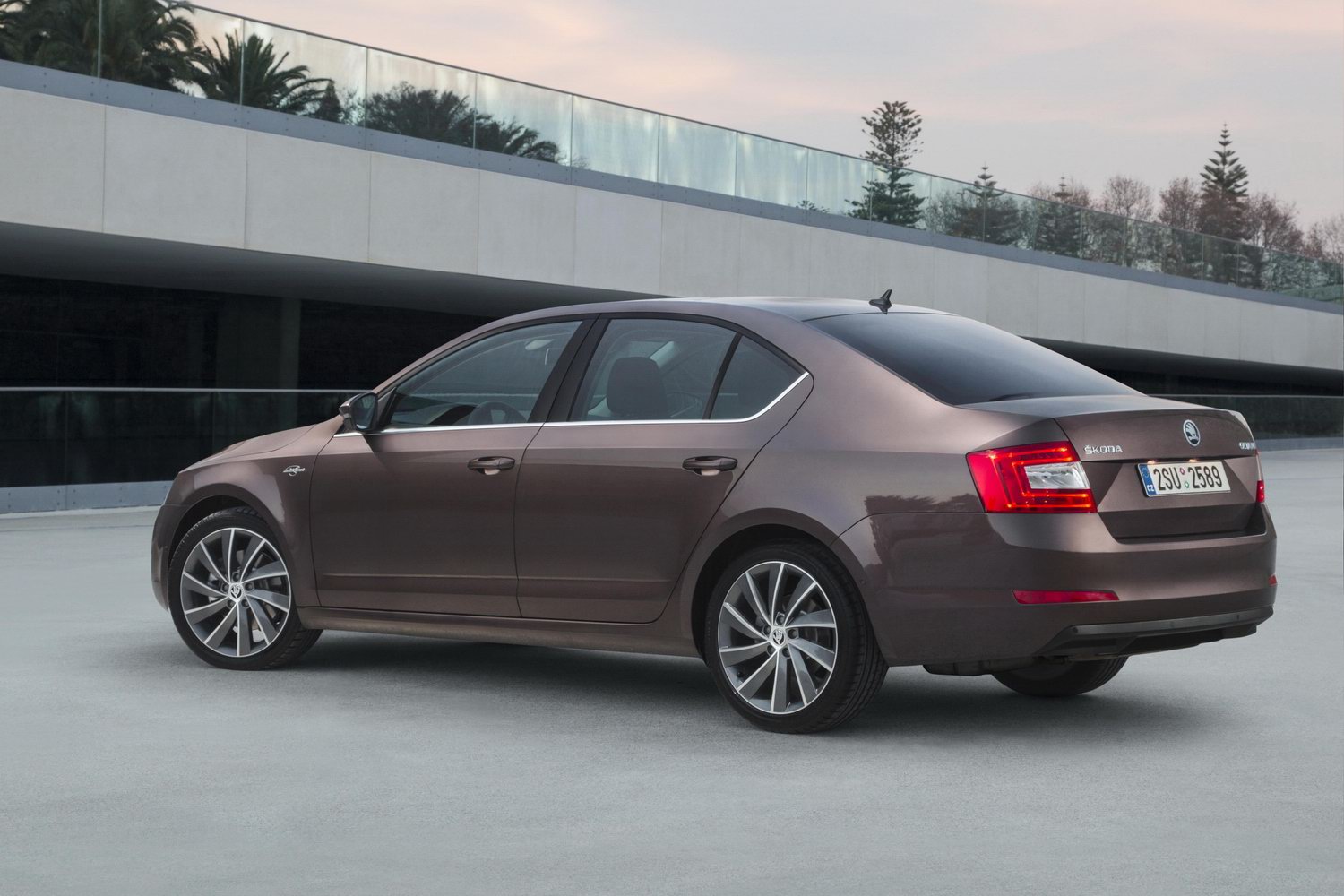 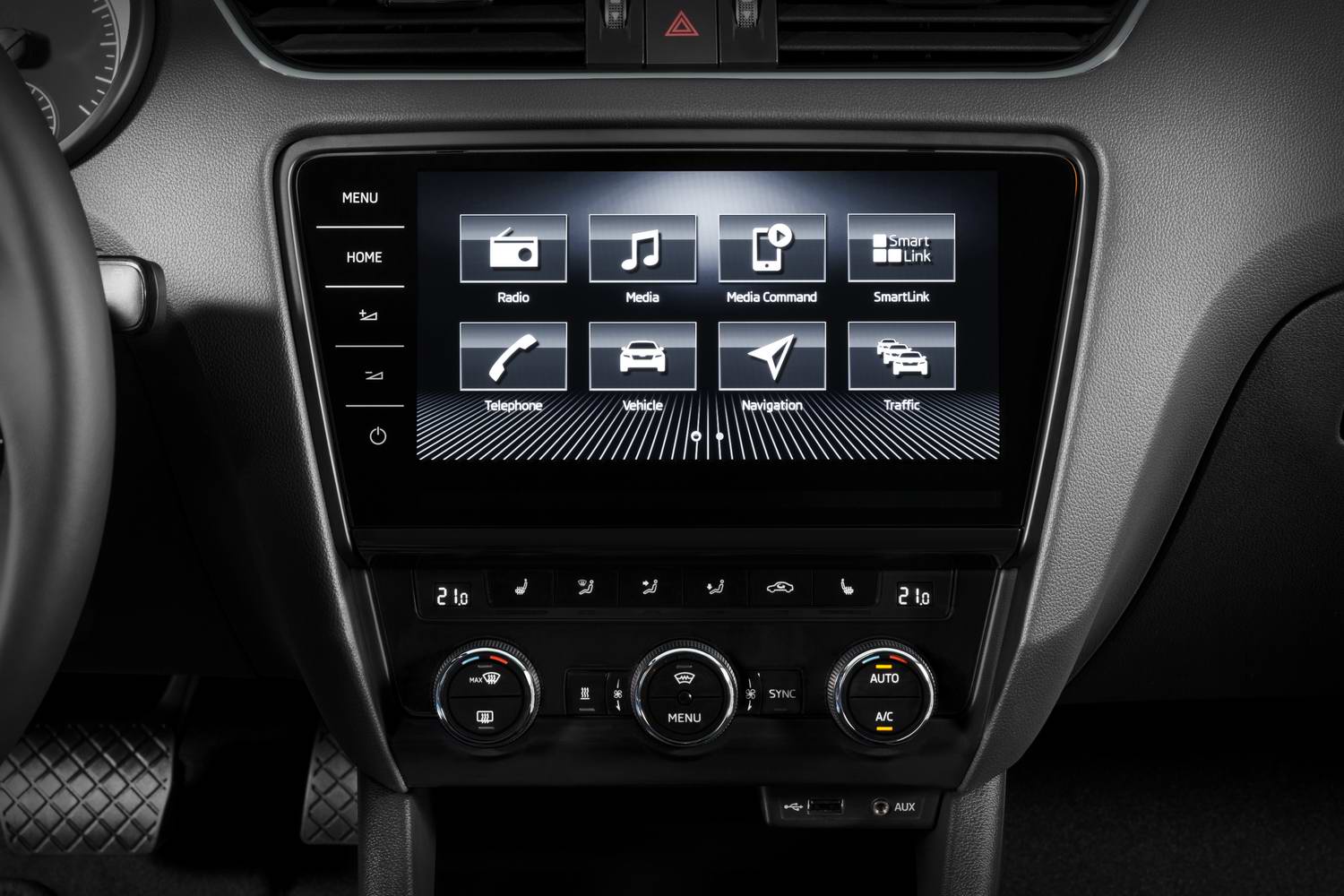 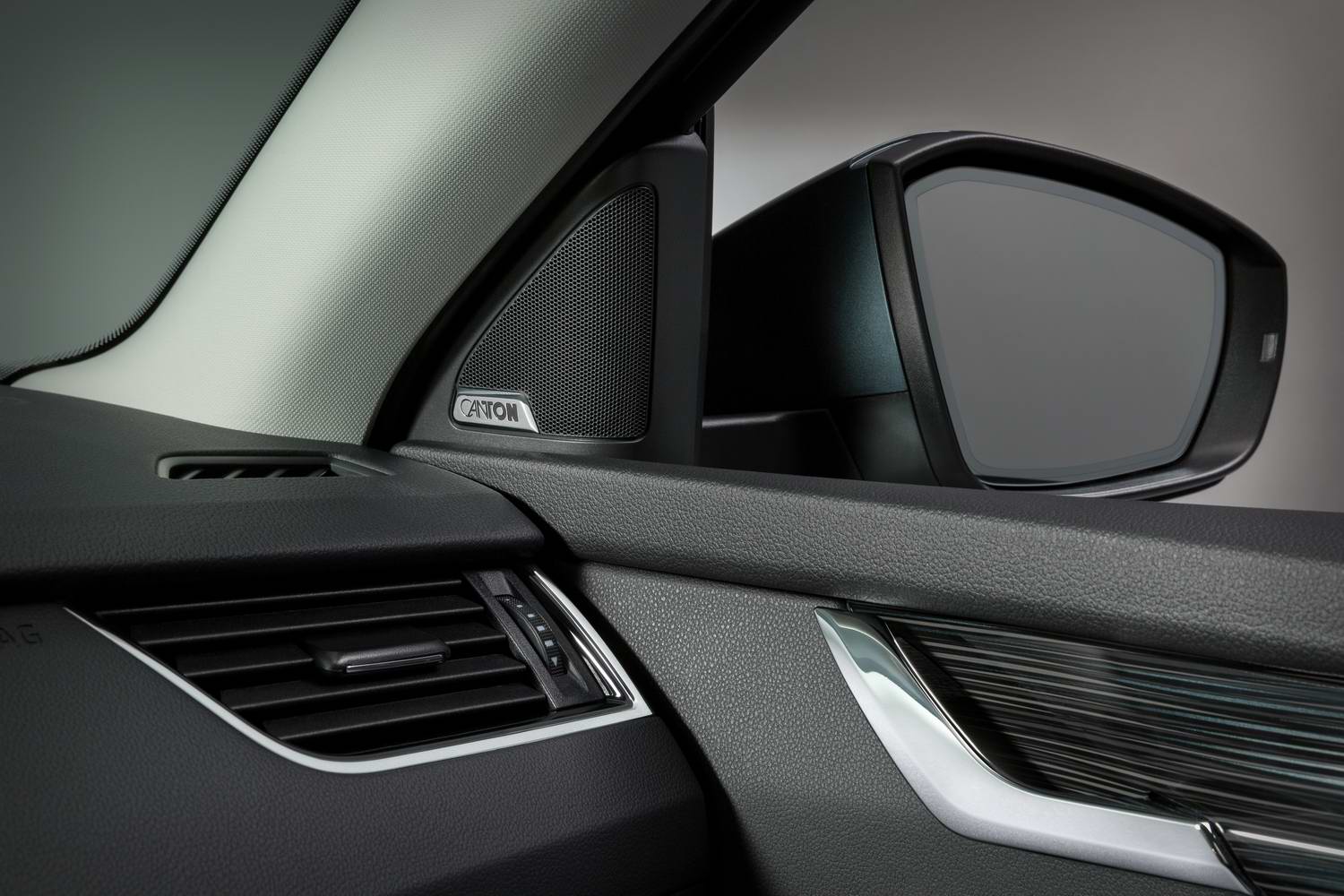 Engine and range options for the Skoda Octavia Mk3

Skoda originally launched the Mk3 Octavia with an entirely four-cylinder engine line-up. Beginning with the petrol models, there was a 1.2-litre TSI with either 86- or 105hp, the former using a five-speed manual gearbox and the latter a six-speed transmission. Above these, a 1.4-litre TSI was briefly offered, with 150hp, while the 2.0 TSI was reserved for the high-performance RS models, developing 220hp in the regular RS and 230hp in special version called, unsurprisingly, the RS 230. Over with the diesels, a 1.6-litre TDI kicked things off and began with 90- and 105hp derivatives, these again using the five-speed manual, while a 2.0-litre TDI produced either 150hp in regular Octavias or 184hp for the diesel version of the RS. All engines above the 1.2 TSI and 1.6 TDI used six-speed manual gearboxes as standard.

The Combi estate soon followed the hatch and would continue to use all the same drivetrain options throughout the Octavia Mk3's life cycle, which means that the next big development was the introduction of the Octavia Scout in 2014. This was based upon the Combi wagon and was a lifestyle estate with rugged black plastic body extrusions, underbody protection front and rear, a ride height raised by 31mm and the addition of off-road-biased tyres on bespoke alloy wheels. One engine option not offered in Ireland, for any Octavia Mk3, was the 180hp 1.8-litre TSI petrol and this was one of three choices available internationally for the Scout, the others being the 150- and 184hp TDI engines - which are obviously the two you will therefore find exclusively powering any Irish Octavia Scout models you come across.

As it was an off-road-type estate, the Scout could be had with 4x4, but it could also be front-wheel-drive only, and conversely the regular Octavia models could be specified with four-wheel drive if needed, although only in conjunction with the 2.0 TDI engine - this applied to either power output, and it was available for the RS TDI too.

The next big development in the third-gen Octavia's life was the arrival of the first engine without four cylinders in late 2016. The 1.0-litre TSI three-cylinder turbocharged petrol unit delivered 115hp and replaced the more potent version of the 1.2 TSI, which had increased from its launch output of 105- to 110hp during the first three years of the model's life. The 86hp 1.2 TSI continued to be sold in Ireland alongside the 1.0 TSI, but the latter proved more popular once the Octavia had been facelifted in 2017.

This was a notable update for the Octavia Mk3, because it not only brought in new technologies and engine choices, it also saw the front-end styling of the Skoda significantly changed - and, in many people's opinion, not for the better. The Octavia, which previously had one-piece oblong headlights, now switched to a quad-lamp set up and it was a little fussy in terms of design. However, it does mean there should be absolutely no doubt for a buyer as to whether they're looking at a facelifted Octavia Mk3 or not, as the pre- and post-facelift cars look quite different.

Up until this point, the automatic option (where available) was a six-speed dual-clutch DSG gearbox, but once the facelift took place a seven-speed DSG was made available. The Combi and Scout both went through the same changes and, aside from some trim-line rationalisations, nothing else changed until the Mk3 went off sale in 2020 in readiness for the arrival of the Mk4. The only other thing to note was that the 1.6 TDI evolved to 110hp and then ultimately to 115hp throughout its seven-year service in the Octavia Mk3, but the increase of 10hp from launch version to run-out model didn't make much difference to the way the Skoda drove nor its fuel economy.

Specifications originally ran Active, Ambition, Style and Elegance, with a richly equipped Laurin & Klement flagship introduced after. Both the Scout and the RS models were considered as their own unique equipment lists, according to their lifestyle and performance outlooks (respectively), and therefore stood apart from this hierarchy. Later on in the third-gen Octavia's life, the base Active grade (which at least had Bluetooth and rear parking sensors, among more) was dropped to leave Ambition as the entry point, while Elegance and L&K were replaced by an enhanced Style model. A late-in-the-run Soleil special edition was also announced.

Aside from the obvious exterior styling pack, the RS model was equipped with 18-inch alloy wheels, LED headlights with adaptive technology, red brake callipers, RS front sports seats in fabric and Alcantara, an RS leather sports steering wheel with DSG shift paddles on automatic cars, LED ambient interior lighting, aluminium door sills and sports pedals. The RS 245 (and its RS 230 predecessor) had additional kit again, including 19-inch 'Xtreme' Anthracite-coloured alloys, Drive Mode Select, an electronic differential lock (EDL) on the front axle, dark-tinted privacy glass, heated front seats and, if specified by the first buyer when new, either 'RS 230' or 'RS 245' decals at the base of the rear doors.

How much is it to tax the Skoda Octavia Mk3?

Refer to our Motor Road Tax Prices in Ireland Explained feature for the up-to-date cost to tax the Skoda Octavia.

Next section: How reliable is the Skoda Octavia Mk3?