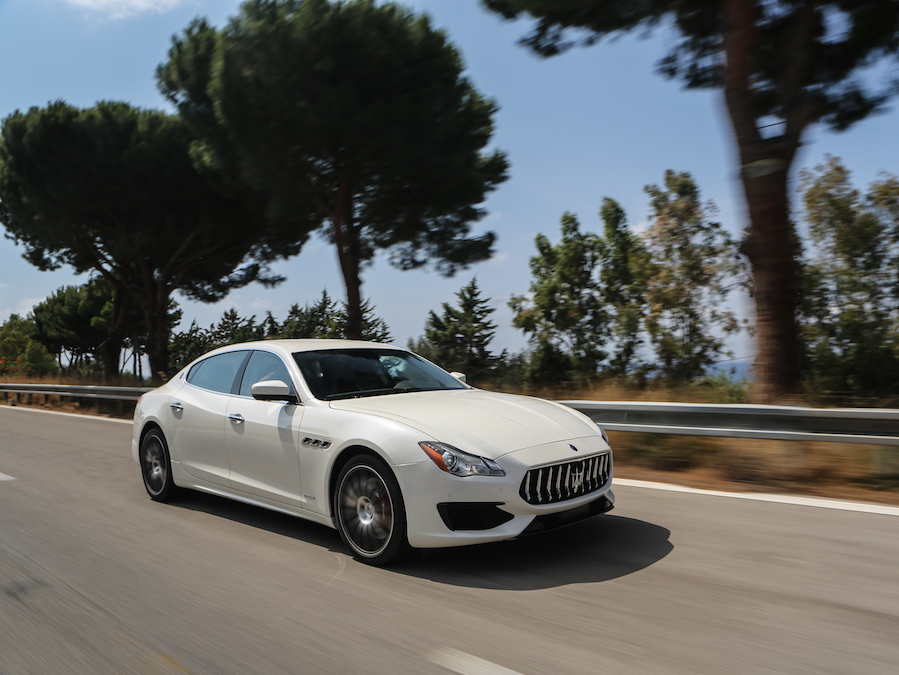 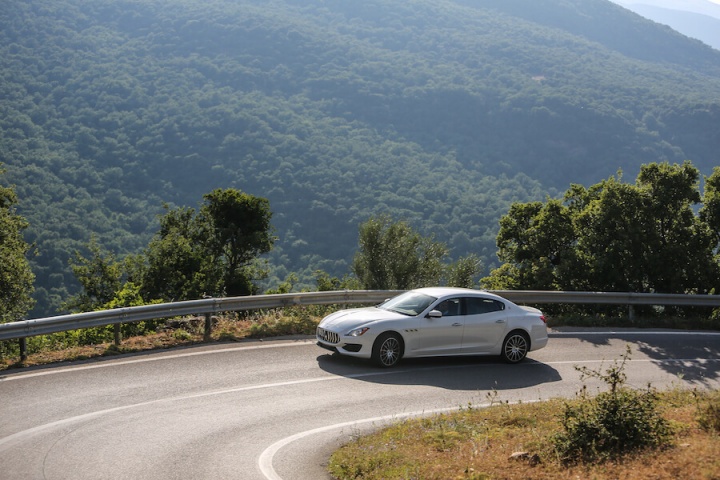 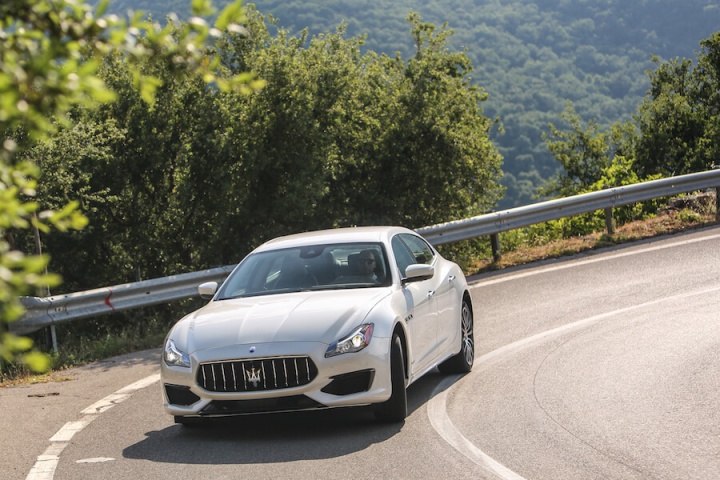 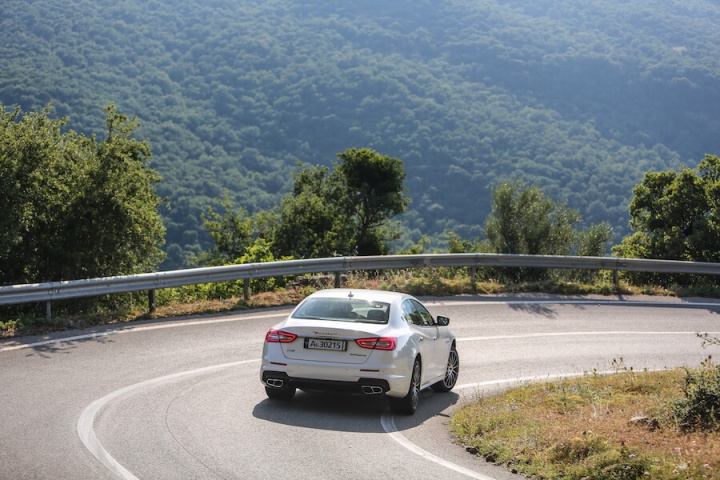 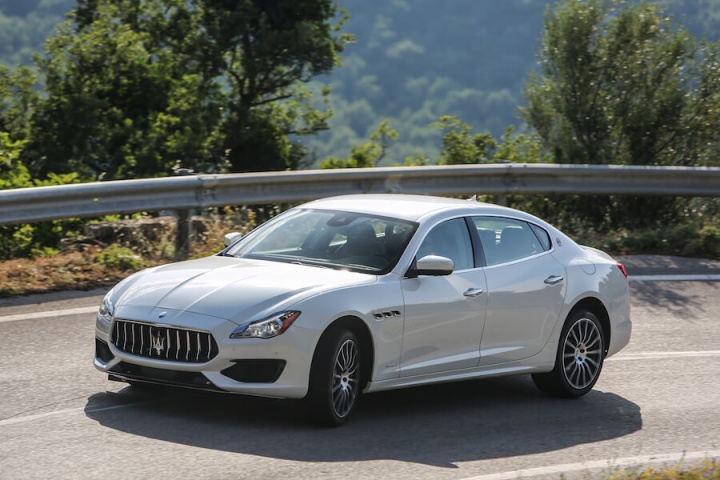 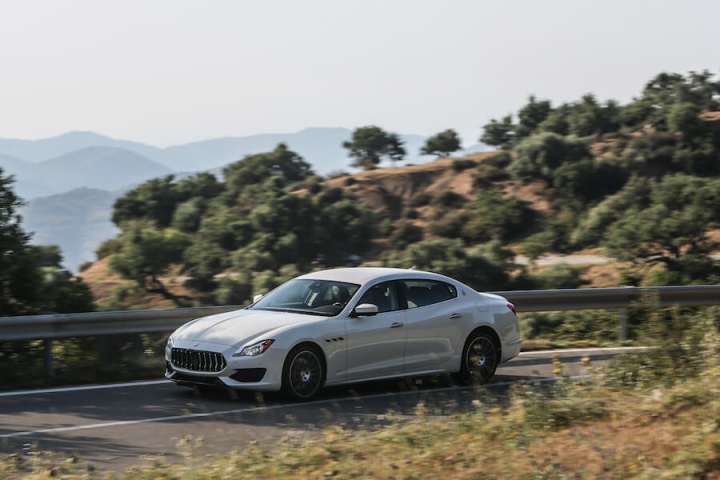 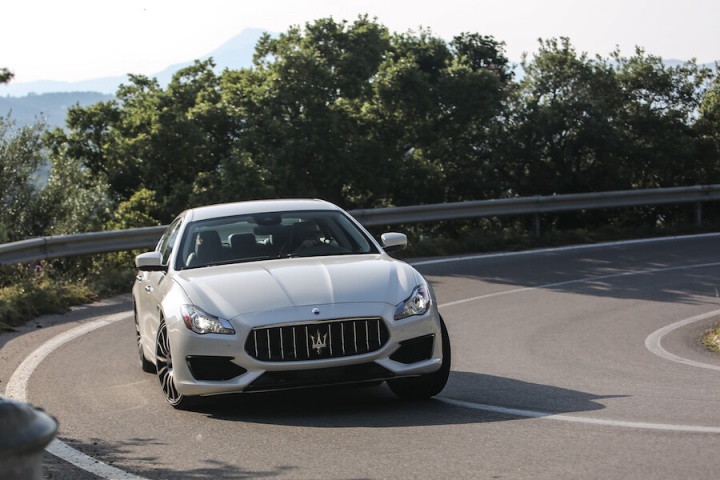 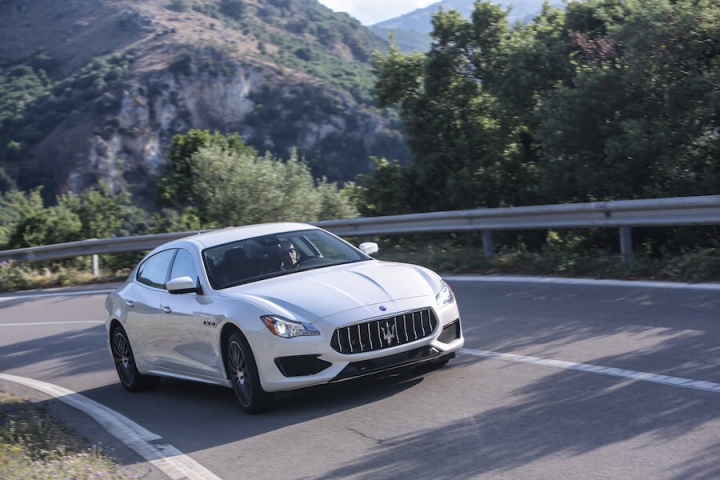 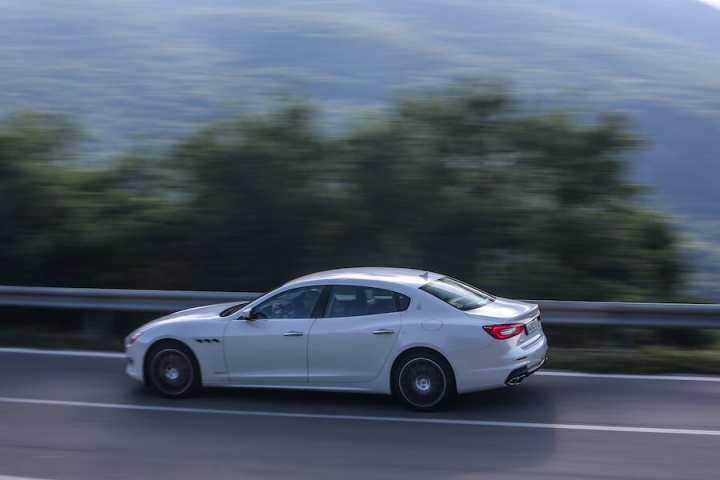 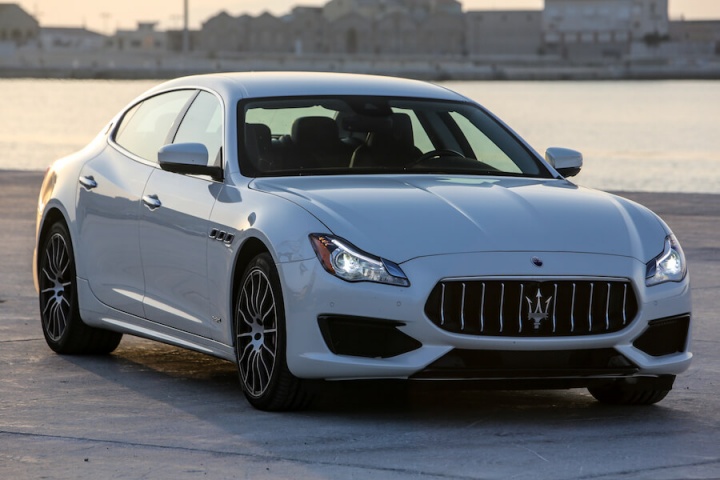 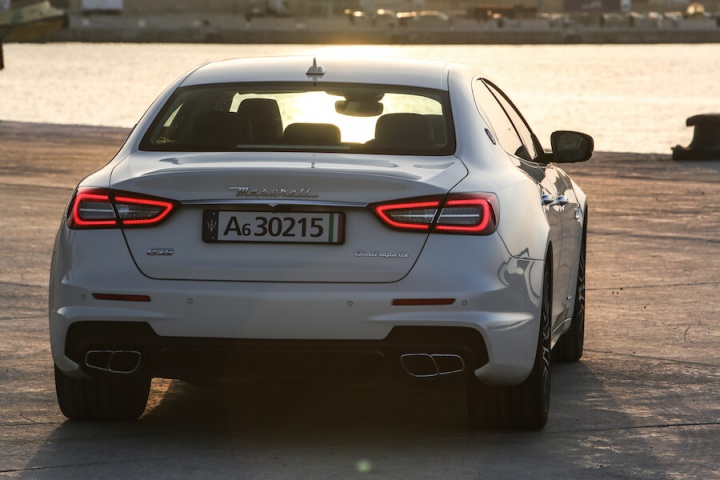 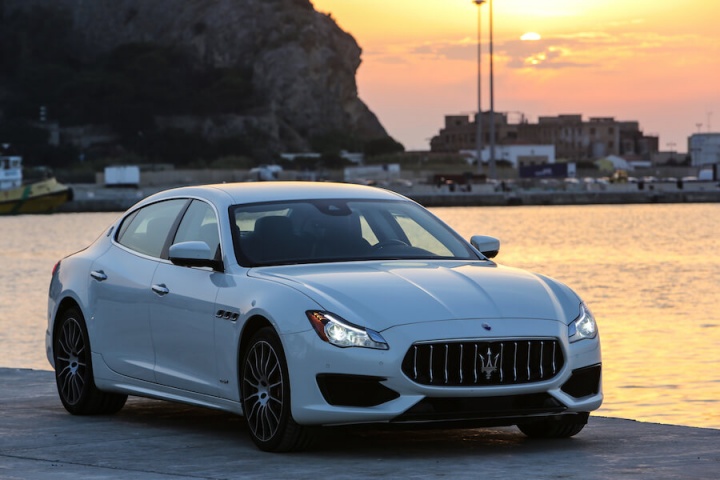 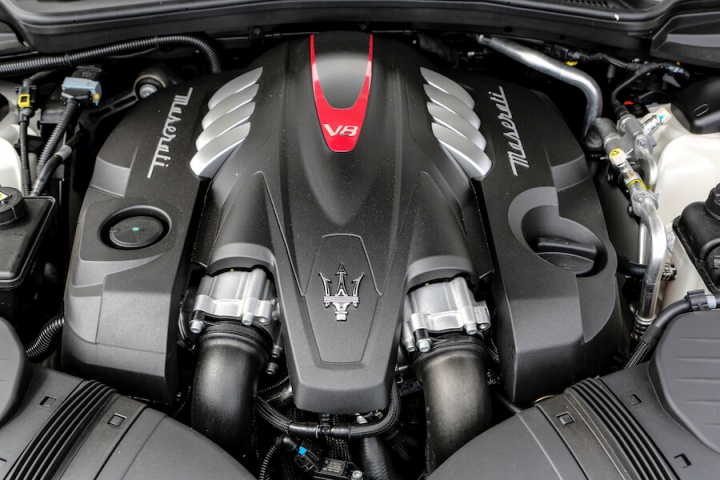 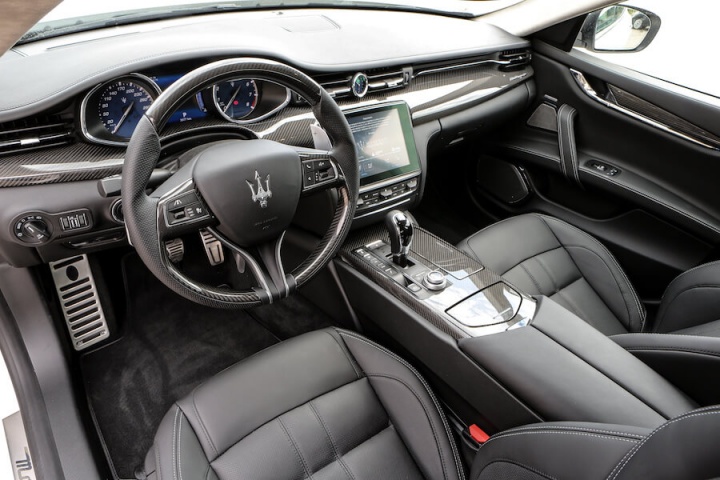 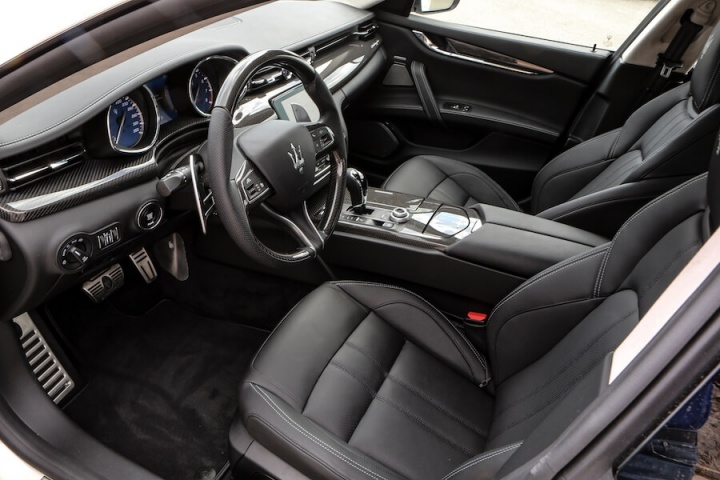 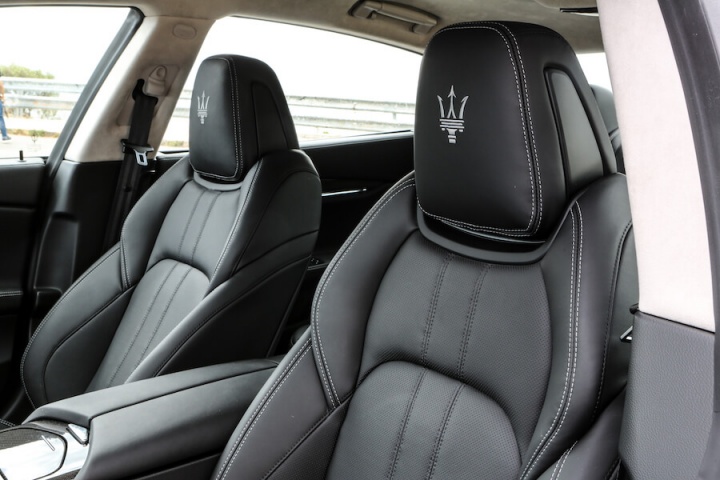 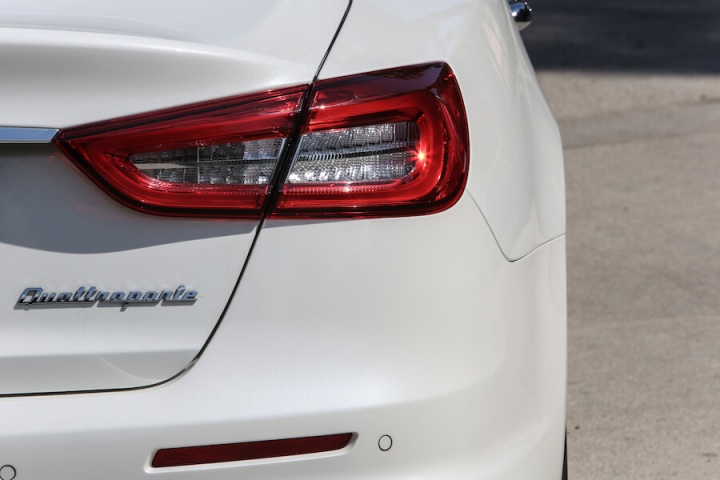 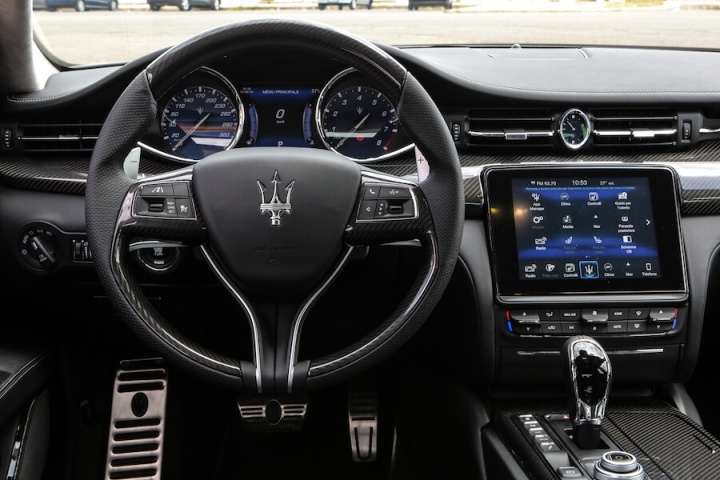 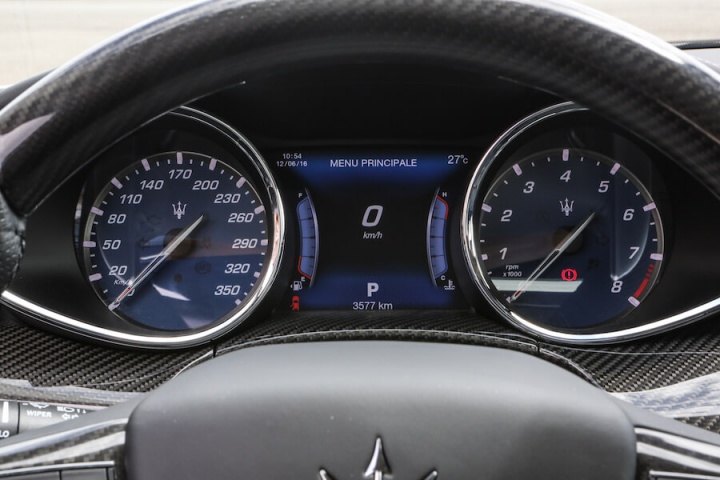 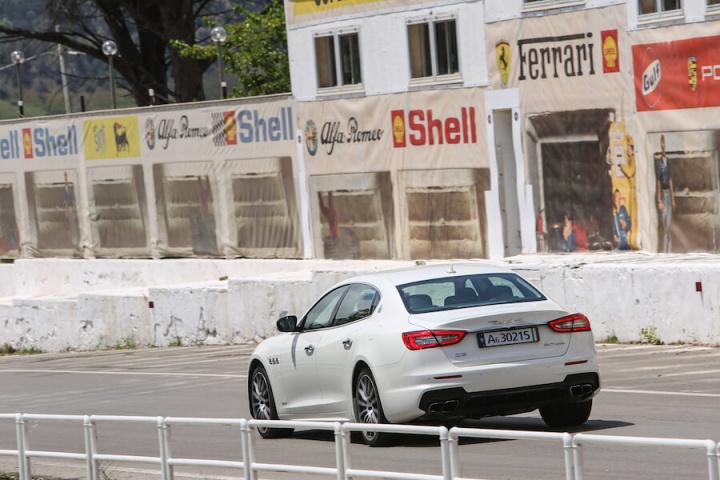 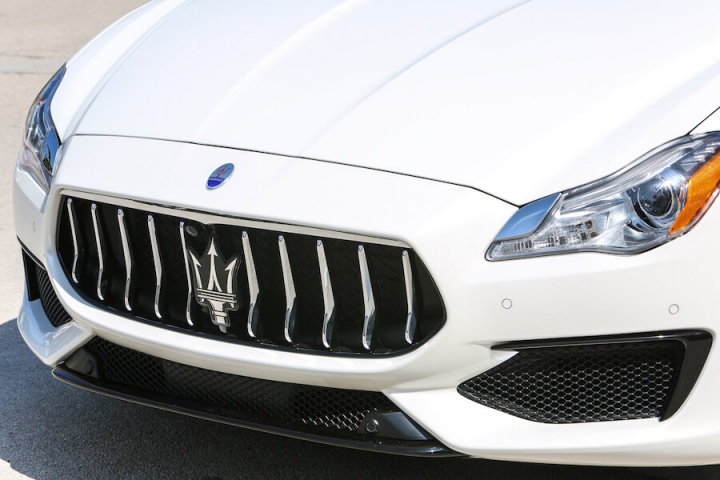 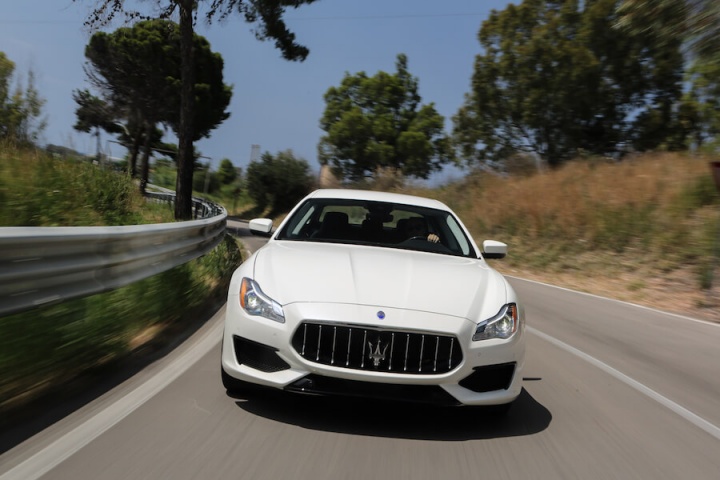 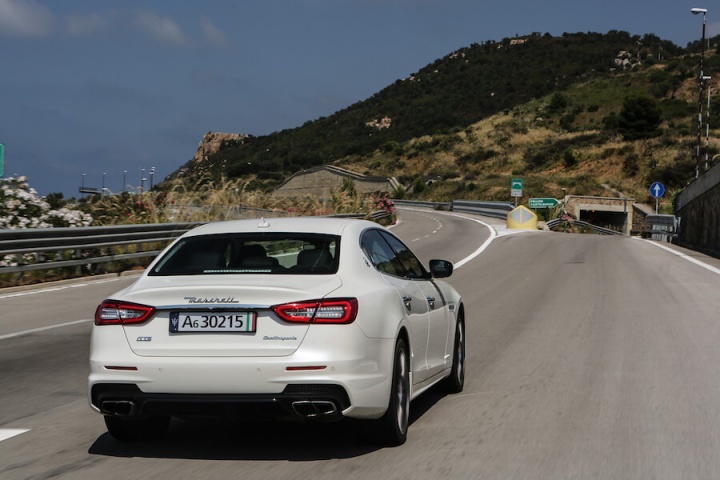 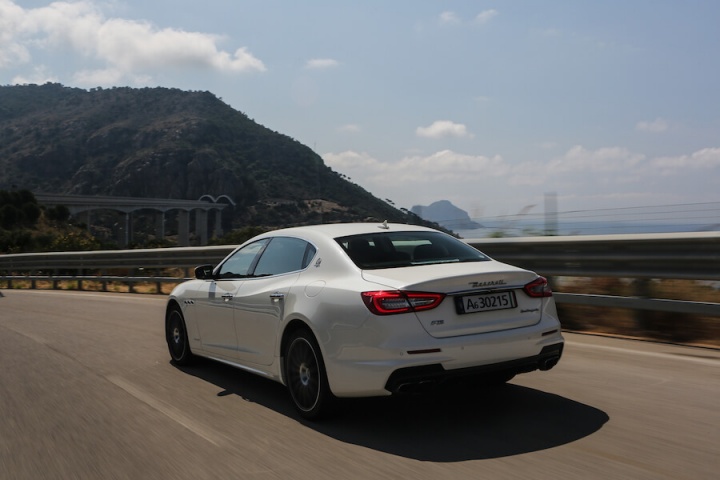 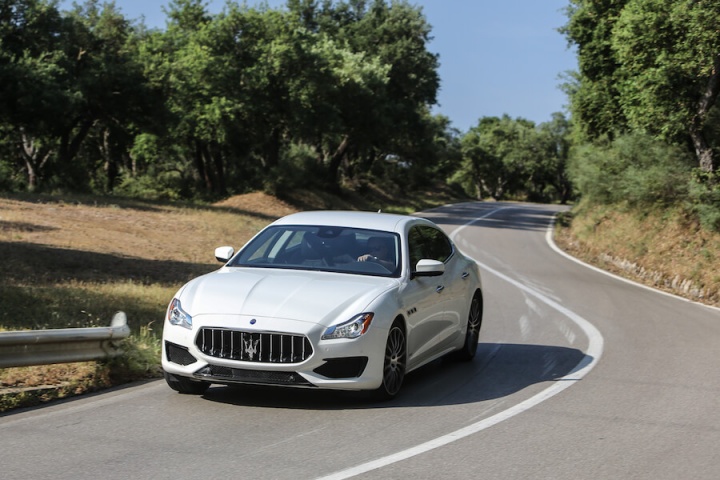 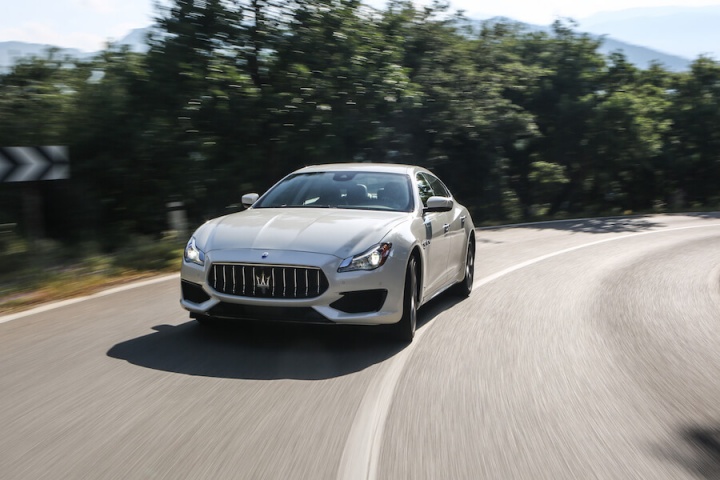 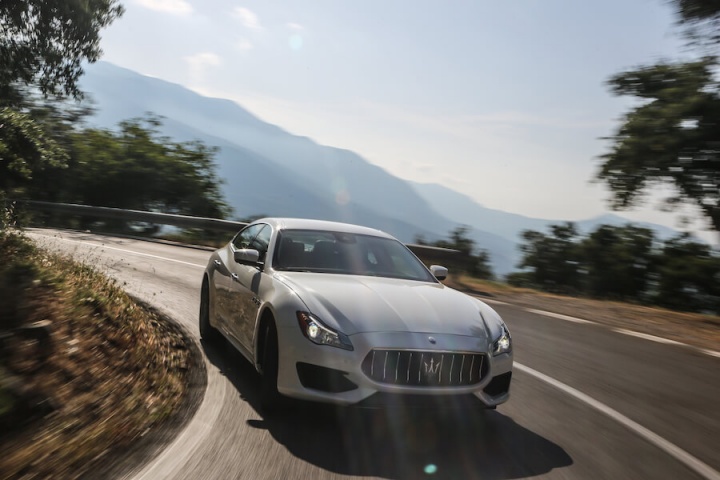 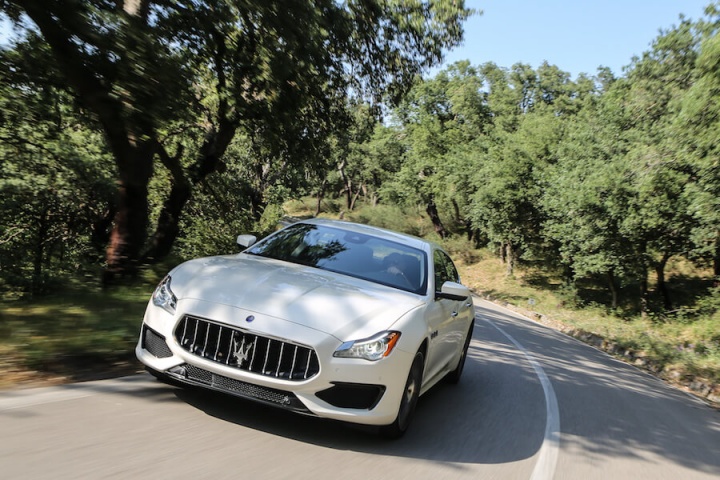 Can the updated big Maserati saloon convince you not to buy German (or a Jag)?

Minor updates for the 2017MY Maserati Quattroporte amount to some minimal fettling of its exterior looks, a new touchscreen in the dash and extra technology within, plus a slightly more aerodynamic shape that marginally increases its (largely irrelevant) top speeds across the range. Though there's a big part of us that will always love the Quattroporte, we can't in good conscience say that any of these changes have elevated it to class-leading status.

Beauty is such a subjective matter, but there will be few people who say the Quattroporte VI, launched in 2013, is anything like as stunning to behold as its immediate predecessor, which was built from 2003 until 2012. And the latest updates hardly transform the current model into a clear market leader on the aesthetics front. Especially that new front grille, which - if you're going to like it - means you need to be a big fan of chrome. Subtly re-sculpted bumpers front and rear tidy the Maserati's shape up, nothing more. Having said all of this, it remains visually more interesting and arresting than anything German, or even the distinctive Jaguar XJ; and as Maserati says the chief driver of a Quattroporte purchase is the way it looks, then it should continue the positive trend that has seen the marque shift 24,000 units globally in three years.

One of the Quattroporte VI's most unappealing physical aspects is its simply giant, three-metre-plus wheelbase, which makes it look ungainly in profile. That's in order to make the car roomier in the back than it was before. And to that end, it's a success. As, largely, is the cabin quality and finishing. It all looks really nice, you won't find any scratchy plastics on the console and the driving position is acceptably good. As are all the displays, especially that new 8.4-inch capacitive touchscreen in the centre console, which is sharp, clear and easy to use. The thing is, the central instrument cluster between the dials is so obviously lifted from lesser Fiat/Jeep models, a detail that cannot be ignored no matter how many trident logos are shoehorned onto its screens. And while we approve of the Quattroporte's cabin, we are also aware that pretty much all of its main competitors have plusher interiors again, especially the newer Jaguar, Mercedes and BMW rivals; Maserati's job gets tougher when you consider the Tesla Model S is now a credible alternative. And when Audi replaces the A8 in the next year or so, the Quattroporte's stylish but reserved interior will fall a long way down the pecking order.

Look, Maserati has done what it needed to in order to answer criticisms of the Quattroporte V's main flaws: namely, that it had a shocking ride, laughable rear space and an engine that was extremely peaky in power delivery. The thing is (and we're sure Maserati chiefs will be shaking their heads in despair at what we're about to say next)... those flaws were what gave the Quattroporte V its incontrovertible character, what made it an interesting alternative choice to the mainstream. It might have been hopelessly uncomfortable around town and so cramped in the rear that even Willy Wonka's staff would have complained about the legroom, but once you got the big Maser out on an open road and had that sensational Ferrari V8 engine singing, well... you could quite easily forget entirely about how boringly competent a BMW 730d was.

The latest GTS model also has a Ferrari-derived engine, in this case a twin-turbo 3.8-litre V8. Even the lesser S variant has a 410hp/550Nm biturbo 3.0-litre V6 that comes from Maranello (it's largely the same engine as found in the Alfa Romeo Giulia Quadrifoglio). Only the 3.0-litre diesel Quattroporte fails to play up the link to the Prancing Horse. So you'd think, now that it has a better chassis, a ride that's no longer unacceptable in town, a superb ZF automatic gearbox and masses of torque at an accessible level of revs, that the GTS would prove to be the absolute dynamic winner in its class.

Sadly, this never turns out to be the case. The Skyhook adaptive damping often gets flustered by big compressions, the Quattroporte's long body shimmying from side to side as it attempts to settle down on its springs once more. Body roll is well controlled and the Quattroporte has a hydraulic steering rack, which really should give it an edge over its EPAS-equipped rivals, but there's too much slop around the dead-ahead position and too much inconsistency of weighting in its responses for you to build a genuine rapport with the system. Thus, this makes the GTS difficult to place accurately on the road. And the V8 engine, while excellent, isn't spine-tinglingly thrilling. Sure, it likes to rev and it delivers its power in a wonderfully smooth, linear fashion that masks its forced induction, but if you were expecting either a yowling, Italian bent-eight soundtrack or the feeling of really, really brutal acceleration, you'll be disappointed. The 3.8 is largely mute at all revs (the Quattroporte S, with its V6, is the more aurally exciting machine) and the GTS never feels massively quick, for all its 310km/h top whack.

Perhaps most tellingly of all is the fact that we had more fun on a section of the Targa Florio in the Quattroporte Diesel later in the day. Naturally, the diesel wasn't some sort of Ferrari in a four-door frock either, but maybe lower expectations made its smooth-and-safe driving style more palatable. It's not like it is lighter than the GTS, either, as the Diesel is the heaviest Quattroporte at 1,925kg, 25 kilos up on the V8 model. So we'd recommend the Maserati that drinks from the black pump as the best model of the three-car range... but if all you want is a quiet, comfortable and spacious four-door executive saloon that steers sedately and sips at its fuel source, once again the Germans do that sort of thing so much better. And cheaper.

The Quattroporte Diesel is going to make the most sense in our market, given the frightening running costs of the 530hp GTS, but even the 275hp/600Nm 3.0-litre V6 diesel isn't cheap to purchase or own. Additional driver assist safety kit makes a welcome appearance on the Quattroporte but it has been a long time coming, frankly, for a car at this exalted level, while Apple CarPlay and Android Auto connectivity are also to be commended. In some quarters, Maserati is still seen as an exotic brand in comparison to Audi, BMW, Jaguar and Mercedes, so really the Quattroporte's success hinges on whether you buy into that credo or not.

BMW M760Li xDrive: packs a V12 and four-wheel drive, which immediately puts it ahead of the rear-wheel drive V8 Maserati. Not as nice to look at outside, much better within - the BMW's a class act.

Jaguar XJR: the Jag is striking to look at, like the Quattroporte, and it strikes a better balance between comfort and stupendous speed.

Mercedes-AMG S 63: does anybody do a grand super saloon better than Mercedes-AMG? No. It might not have the Maser's looks or left-field appeal, but this thing is an astonishing all-rounder.

There is absolutely no way at all you could say the 2017MY Maserati Quattroporte is a bad car. In fact, in many respects it's clearly the best four-door saloon the company has yet made, as it is refined, largely comfortable and has a decent enough chassis to make it appealing in the corners. It's also still the best-looking car in class, if not as jaw-dropping to look at as it once was. Yet, despite the fact we're big Quattroporte fans and that we love it still exists, this updated version is no match for its key competitors. All told, it's a seven or eight-out-of-ten car in every discipline - at no point do you ever find one compelling reason to choose it over the established cars in this segment. Which is a real shame.