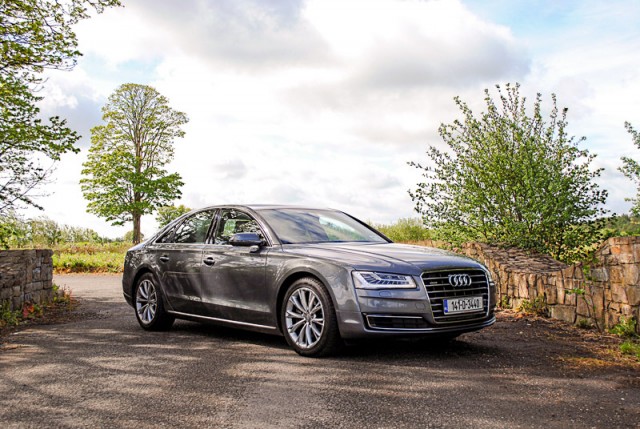 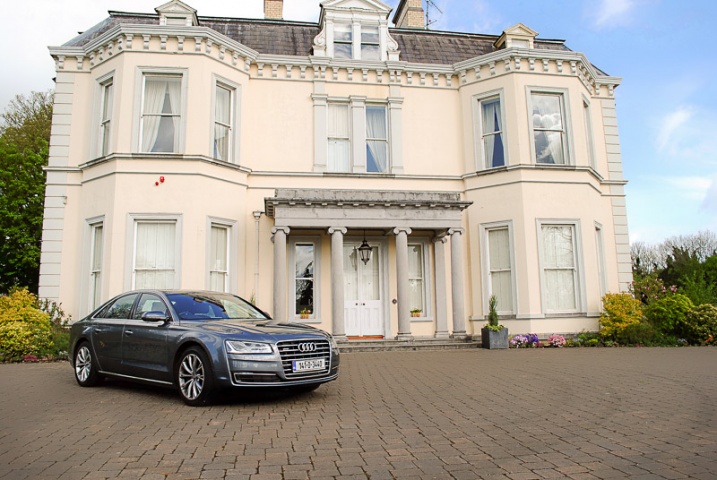 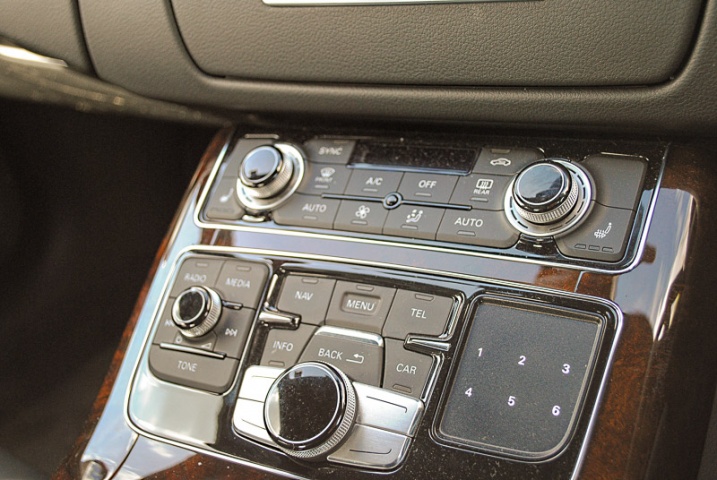 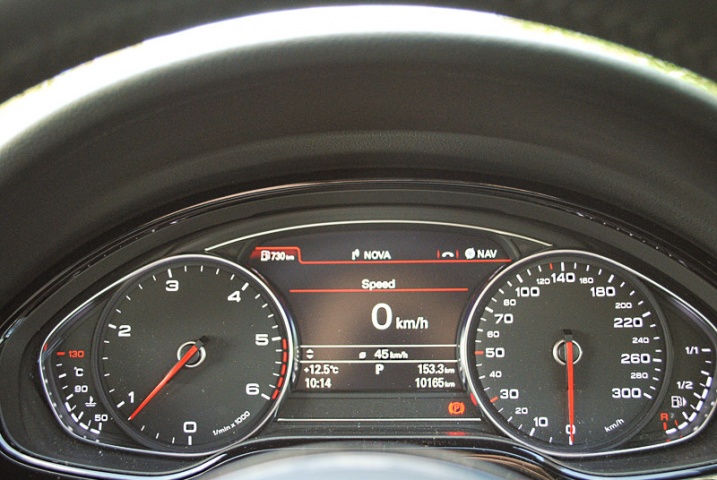 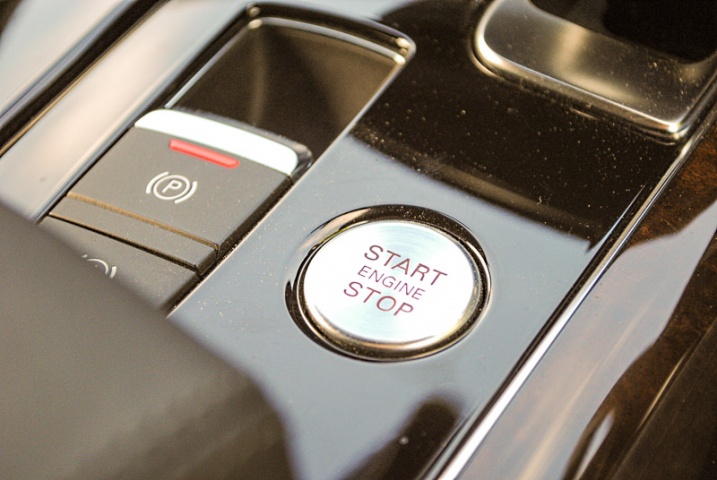 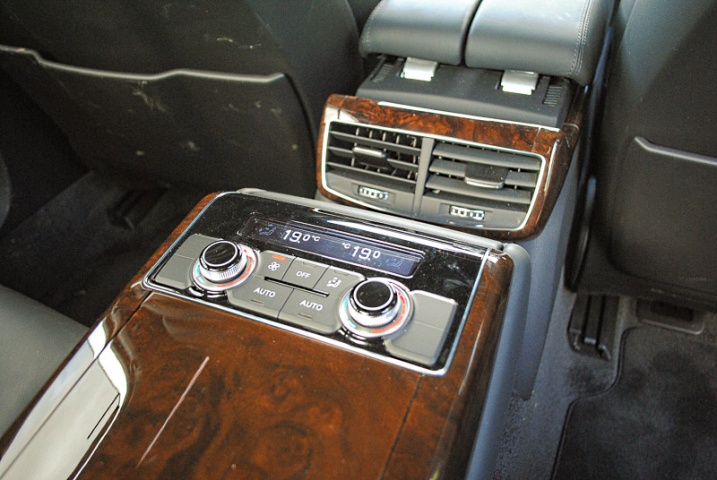 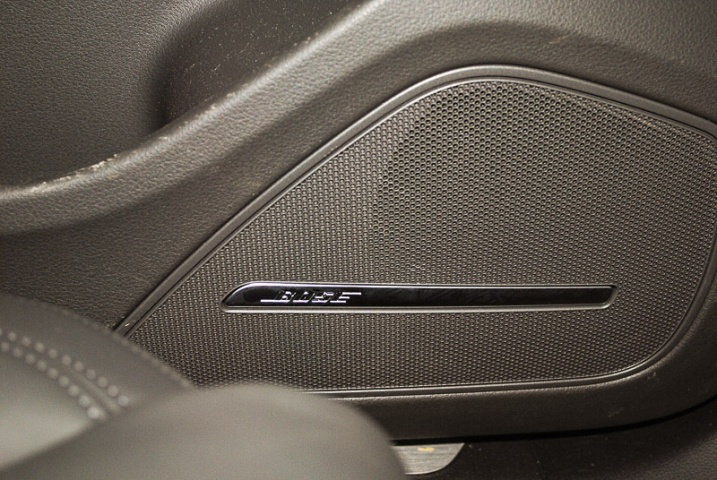 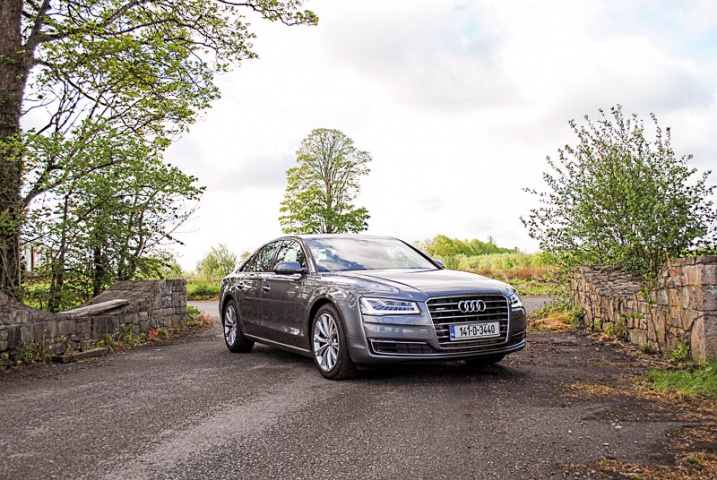 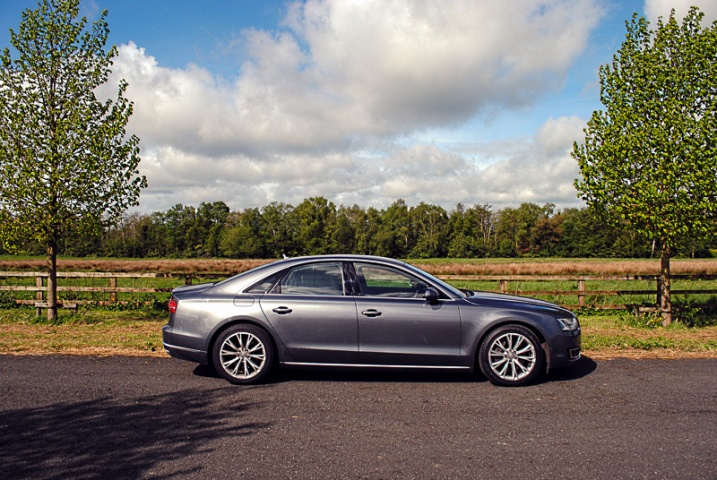 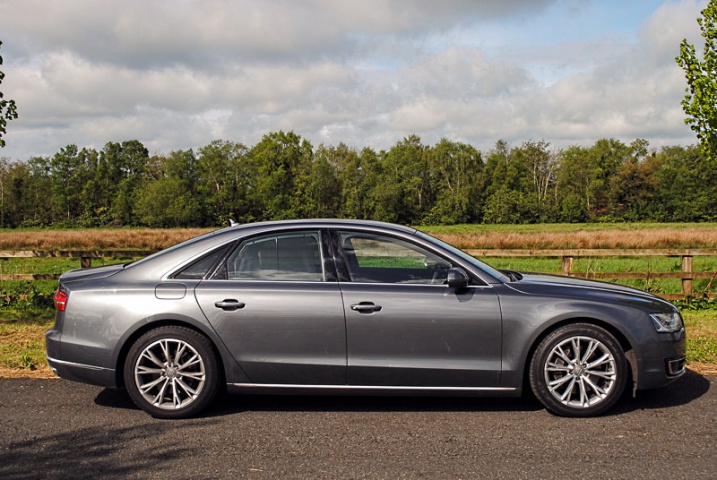 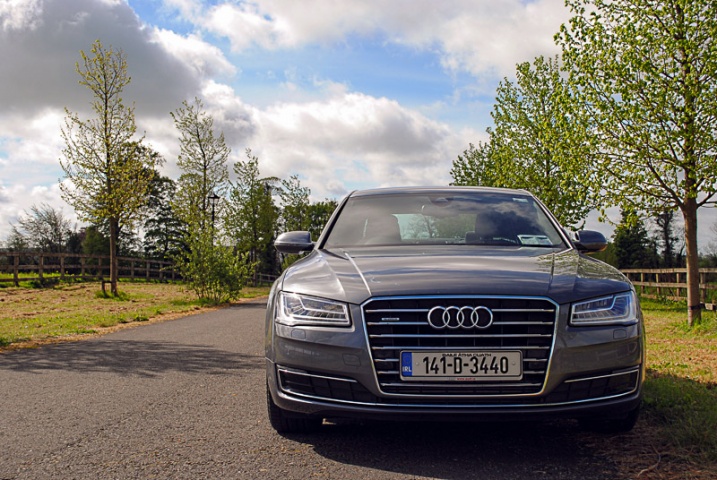 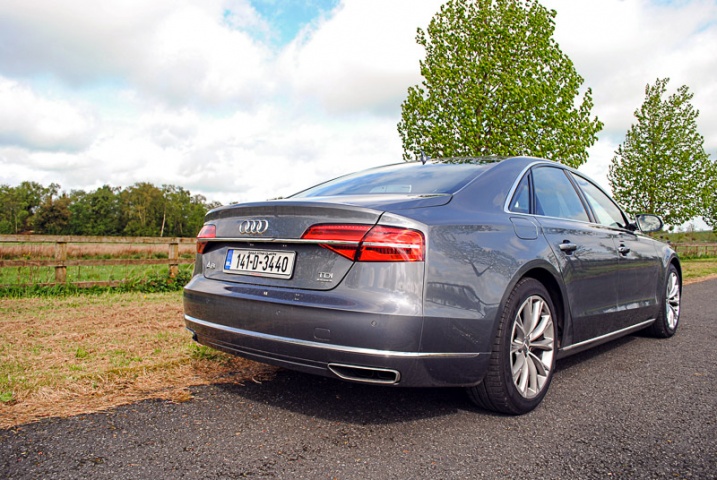 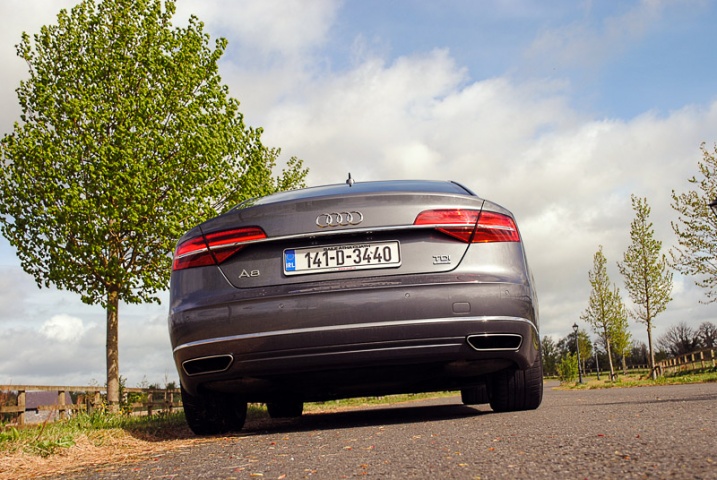 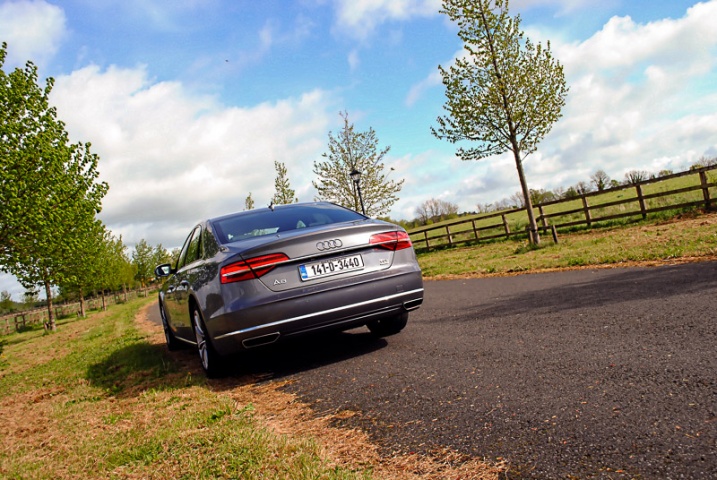 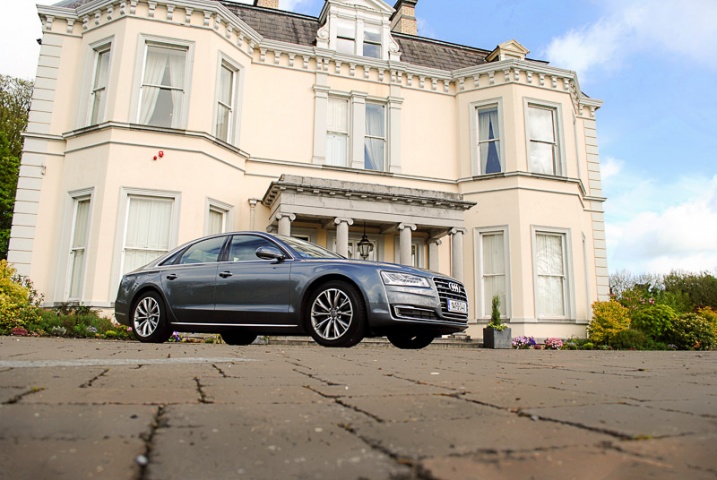 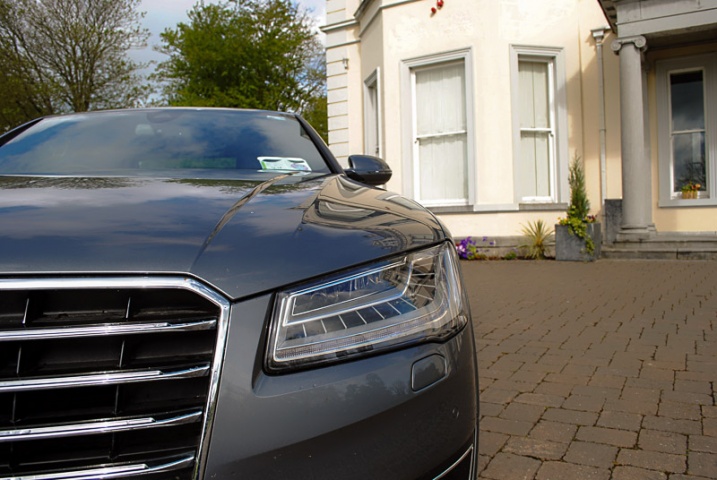 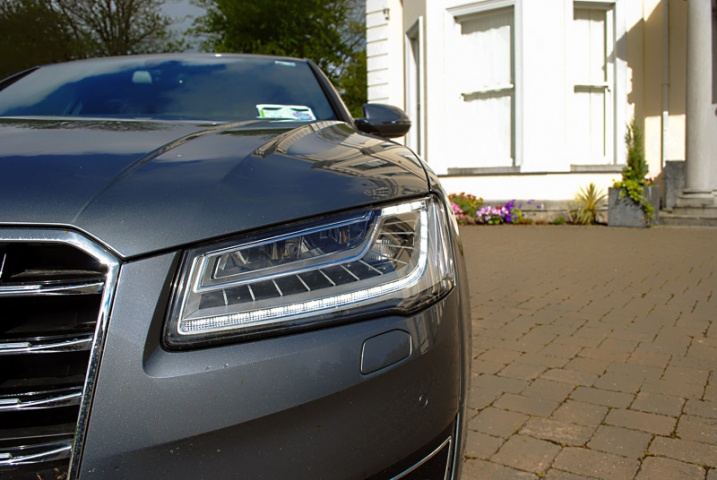 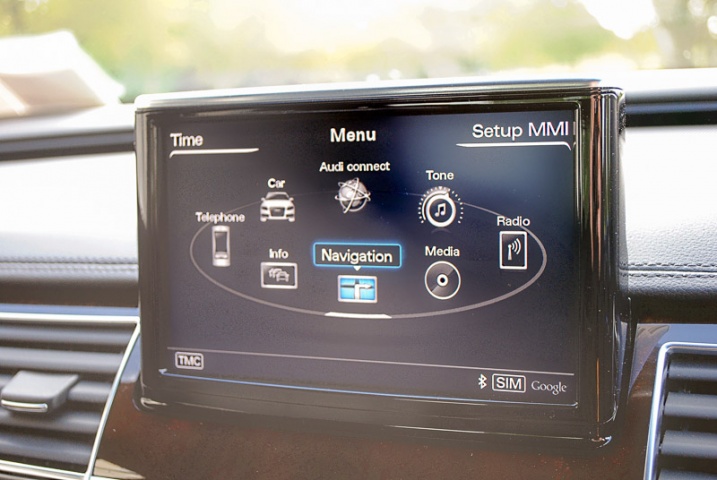 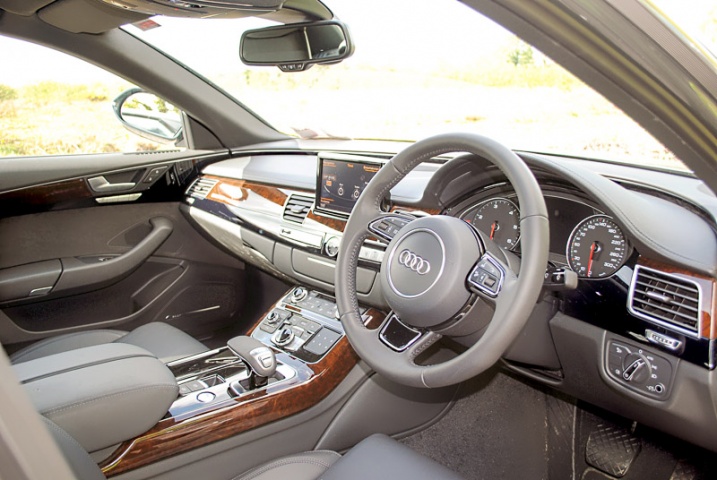 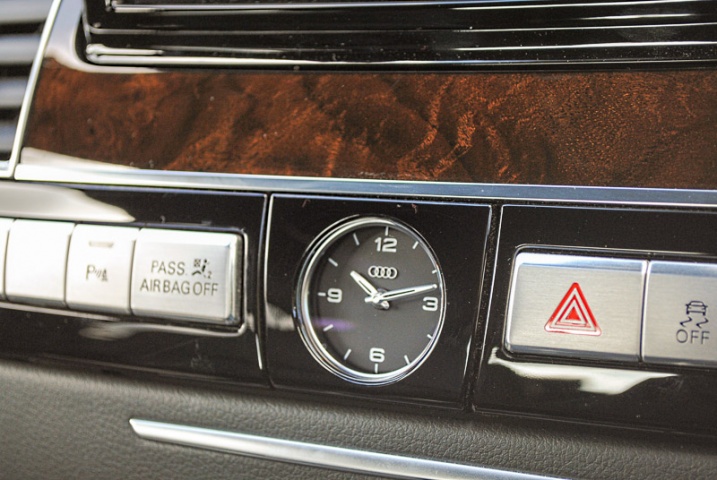 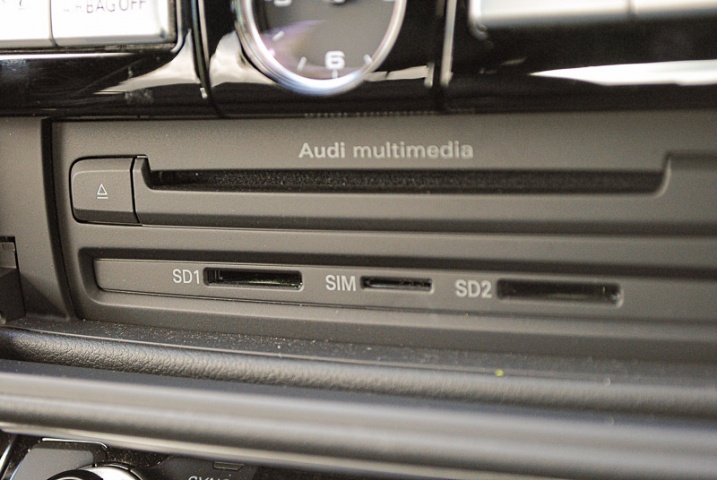 Audi's flagship gets a small nip and tuck and some new tech, but is it all enough to keep pace with the S-Class?

Good: understated good looks, better economy and emissions than before yet more power. Interior to die for.

Not so good: doesn't exactly look different, doesn't have the isolation of the S-Class, missing 'surprise-and-delight' items that could justify the price tag.

This is the 2014 Audi A8, the revised version of Ingolstadt's flagship that counts the Mercedes-Benz S-Class and BMW 7 Series amongst its chief rivals. No really it is. If you look closely enough you can just make out a new crease in the bonnet, the re-profiling of the front grille and the redesign of the rear bumper - we swear we have not just wheeled out a 2010 model and slapped a '141' plate on it!

Ok so as mid-life nip and tucks go this one looks fairly minimal, but the big news for the model update is the introduction of MatrixBeam LED headlights. The lights of the new car are LED all around anyway but the Matrix units are different. Twenty-five LEDs arranged in clusters of five form the high-beams, which can be used at all times without blinding other road users. A camera mounted at the top of the windscreen can detect oncoming vehicles and dim the clusters that would ordinarily dazzle them. But, and here is the clever bit, the clusters that do not interfere with other road users remain active meaning your view of the road ahead is unhindered.

Thankfully sci-fi headlights are not the only changes to the A8. The team in Ingolstadt has also been playing around under the bonnet to cut emissions. For a car of its size the 169g/km output of the pre-facelift A8 was not too galling, but Audi has managed to drop that down to 155g/km now, which means it resides in tax Band C rather than D and subsequently costs just €390 a year to tax. This drop in emissions is not at the expense of performance however, as power has actually been boosted from 250- to 260hp. May not sound like an awful lot, but when that horsepower is backed up by 580Nm of torque you can certainly feel it on the road.

Slot the eight-speed automatic transmission into drive, prod the accelerator and the 'baby' A8 (for this is the entry level engine) will hit 100km/h less than six seconds later, which is an impressive feat for a luxury limousine that tips the scales at nigh on two tons. Equally impressive is that, while you are giving it the beans, the big engine up front remains remarkably quiet; a distant rumble is all you can hear, though this may be partially down to the optional (€1,050) Acoustic Glass fitted to our test car.

Should you be so inclined you can dial the A8 between Efficiency, Comfort, Auto, Dynamic and Individual modes, the latter of which allows the driver to mix and match preconfigured settings. Want the standard air suspension in Comfort but the engine and gearbox in Dynamic? Individual is the setting for you. Because of the abundance of power and the manner in which it is delivered the A8 maintains a happy medium between its two main rivals. With high levels of grip and strong traction from the quattro four-wheel drive system the A8 proves to be more engaging to drive than the Mercedes-Benz S-Class, but it does not quite have the dynamism of the BMW 7 Series.

While it might not hold a candle to the 7 Series in dynamic terms it trounces it when it comes to the interior. Audi has long been a byword for interior fit and finish, but the A8 is Audi at its best. Everything, from the action of the MMI screen as it glides forth from its hiding place to the adjustability of the split front armrest, is impeccably thought out. The central tunnel is quite high so you do feel cocooned, but in a luxurious way rather than the BMW 'driver orientated' way. There does appear to be a few too many buttons for the MMI system at first, especially when compared to the units installed in other Audis, but they all fall easily to hand and over the course of a few days become intuitive to use.

Both the front seats are heated and feature more electrically operated adjustments than most occupants will ever need. The steering wheel is also electrically operated so getting it in exactly the right position is just a case of fiddling with the joystick. Leg- and headroom are good if not overly generous. Visiting dignitaries may find themselves short changed on rear legroom (there is a long wheelbase model too), but at least they have controls for the optional (€1,826) four-zone climate control to play with and power blinds (again optional, at a not insignificant €1,507) to keep them cool.

And this brings us to the biggest problem we found with the A8. While acknowledging that car manufacturers make an inordinate amount of money from optional extras (the tally on this A8 was €13,943) there are a few things that could have been included as standard rather than forcing buyers to cough up. Maybe we are expecting too much of our near-€100,000 luxury saloons, but when an €11,000 Dacia Sandero has cruise control as standard is it too much to ask for a car nearly ten times as much to have a different system? A radar-based adaptive cruise control system maybe? And with the A8 being the Audi flagship model would it not be the ideal place to showcase the 360-degree camera rather than offering a rear-view camera like you can get on a Toyota Yaris? Of course Audi will offer you these systems - both optionally on the SE model or as part of the SE Executive trim, which also adds 22-way adjustable Comfort seats and some swanky alloys. However, that also comes with a €4,100 premium, bringing the total to €97,380. It is this lack of 'surprise-and-delight' items that undoes the A8 for us; the Mercedes-Benz S-Class does not include them as standard either, admittedly, but it does have a more special feel and cosseting drive that the Audi does not.

BMW 7 Series: aged at this stage and interior could well be that of the 5 Series, but still a nicer drive than the A8.

Jaguar XJ: divisive looks inside and out. Less interior space than the A8 but sportier to drive.

Mercedes-Benz S-Class: the benchmark of the class and easy to see why. Not as fun to drive as many rivals but makes up for it with cosseting ride and sumptuous interior.