I need something bigger for the family. What do you think?

Which used 4x4 should I buy? I have between six and seven thousand euro to spend on an SUV not more than 2.0-litre diesel for medium tax. I had in mind a Hyundai Santa Fe 2.0-litre diesel 4x4, but I have heard mixed views on these - some good some bad.

What should I look out for in these cars? I have heard of diesel pump/injector trouble and gearbox/clutch problems. Have the Hyundai Tucson and Kia Sportage 2.0 diesel 4x4s the same problems?

Also I have considered a Toyota RAV4 2.0 D-4D 4x4. Would these be underpowered in 2.0 D-4D form? I understand these are full-time 4x4 as opposed to part-time 4x4 in the Santa Fe. Would this make the RAV4 more expensive to mantain with regards to tyre wear, tracking, suspension wear etc? What are all of the above vehicles like to drive on poor roads? Would be open to your views on other 4x4s in this category.

Thank you for your time

Very close to changing, but caught between 2010 Volkswagen Passat Highline with the 1.6 TDI engine or a very good price on a 2009 Opel Insignia 2.0 diesel CTDi. I have seen your review of the Insignia regards a creeking plastic interior. The Insignia is the better looking car but would Passat be better overall?

Why won't my Skoda Octavia start?

I have just bought a 2006 Skoda Octavia 2.0 TDI Elegance and now it won't start. It turns over and the battery went flat so I replaced it with a new one, but it still wont fire up. The glow plug light goes out and the dash lights are working fine. Any ideas?

What would be the normal price for a 2007 Opel Astra diesel?

How much is my VW Golf worth?

Hi, how much would my black 05 Volkswagen Golf SDI be worth to sell?

What can I do to ensure a Volvo XC90 is mechanically sound?

Hi, I'm pondering a second-hand Volvo XC90 2.5T AWD from a dealer. It comes at a reasonable price, with a clean Cartell.ie report and a three-month warranty. However, it's at the top of my budget. I know as much about cars as the mice know about the moon - it's big and shiny. What can I do to check if the car will drive me for some time without major faults?

Where can I find accessories for a MINI Clubman?

How much can you customise a MINI after it is bought? For example I am buying a second-hand Clubman, but am unsure as to can I get all this famous MINI extras after it is first made. I know I can get some from the dealer but they are expensive. So is there any non-dealer MINI accessories dealers in Ireland or UK?

Is my Audi A4 subject to a recall?

I heard there was a recall on certain model Audi A4 S line 140hp between 2006 and 2008 due to an oil pressure pipe. Do you know anything about this issue?

Can I retrofit parking sensors to a Volkswagen Passat?

Is it possible to retrofit parking sensors to a 2005 Volkswagen Passat TDI Sport 140? 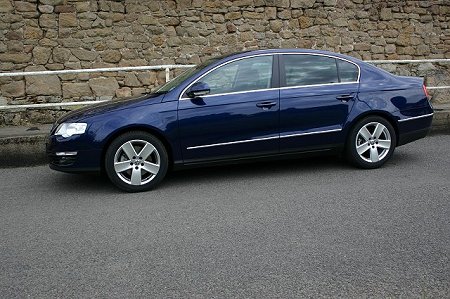