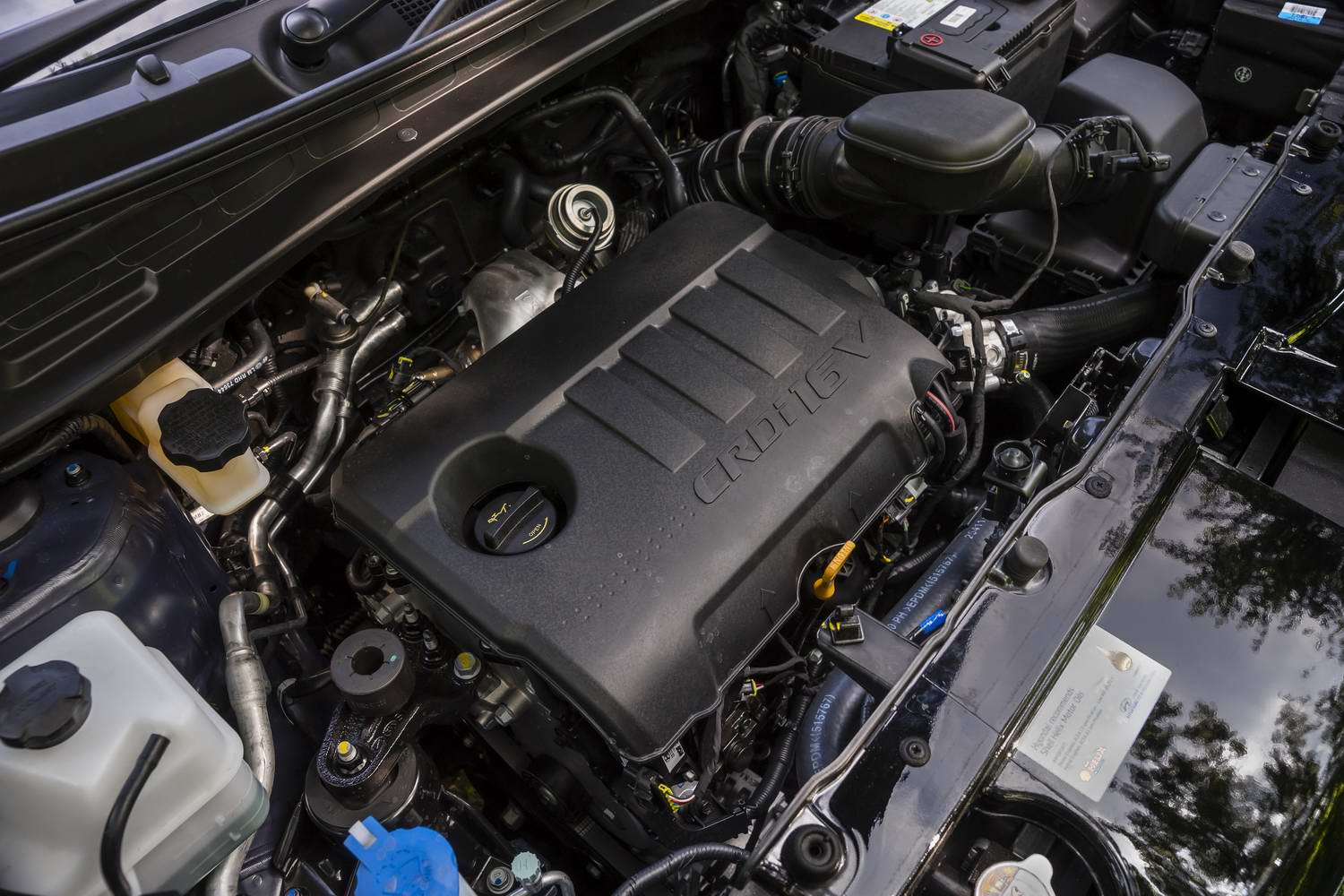 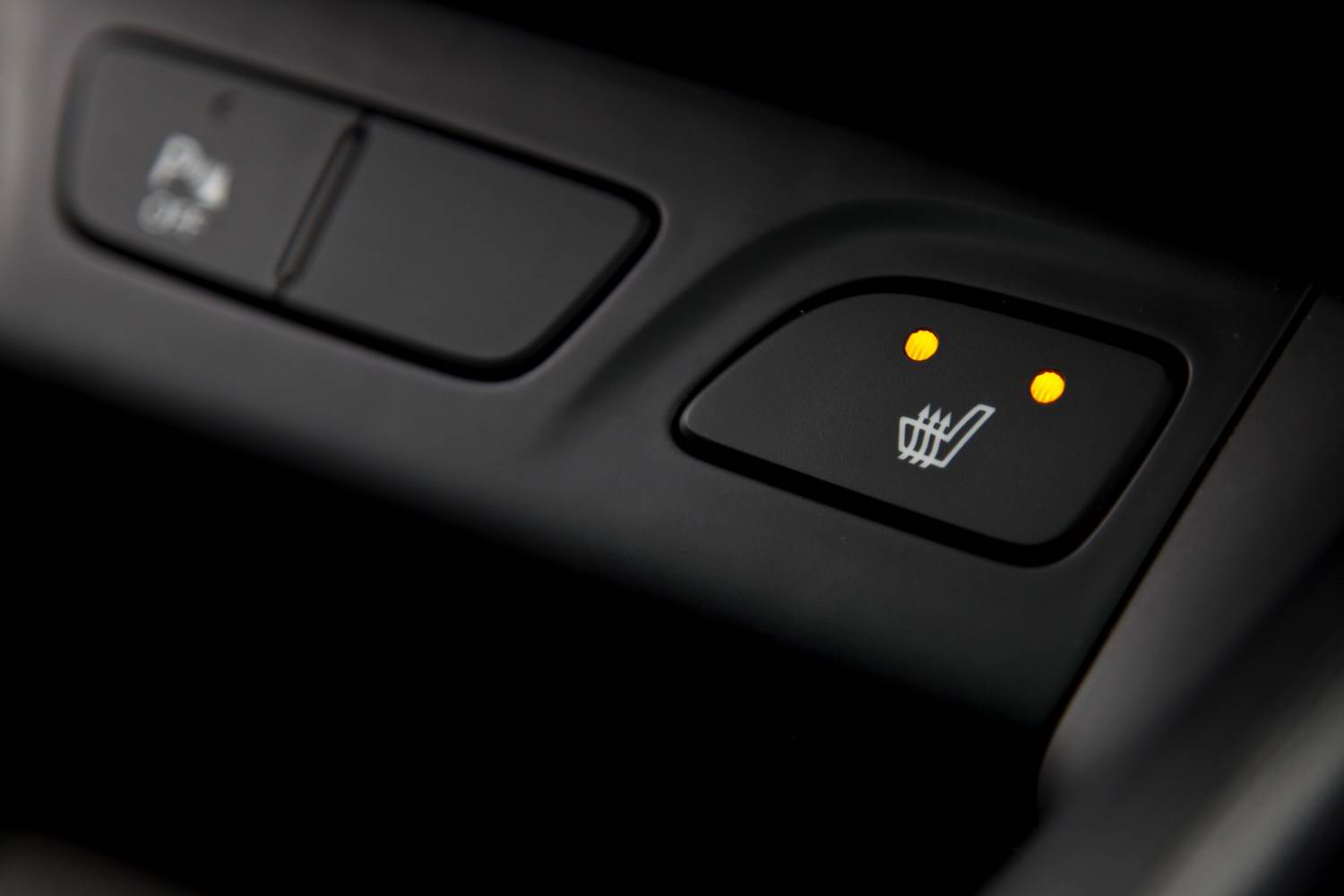 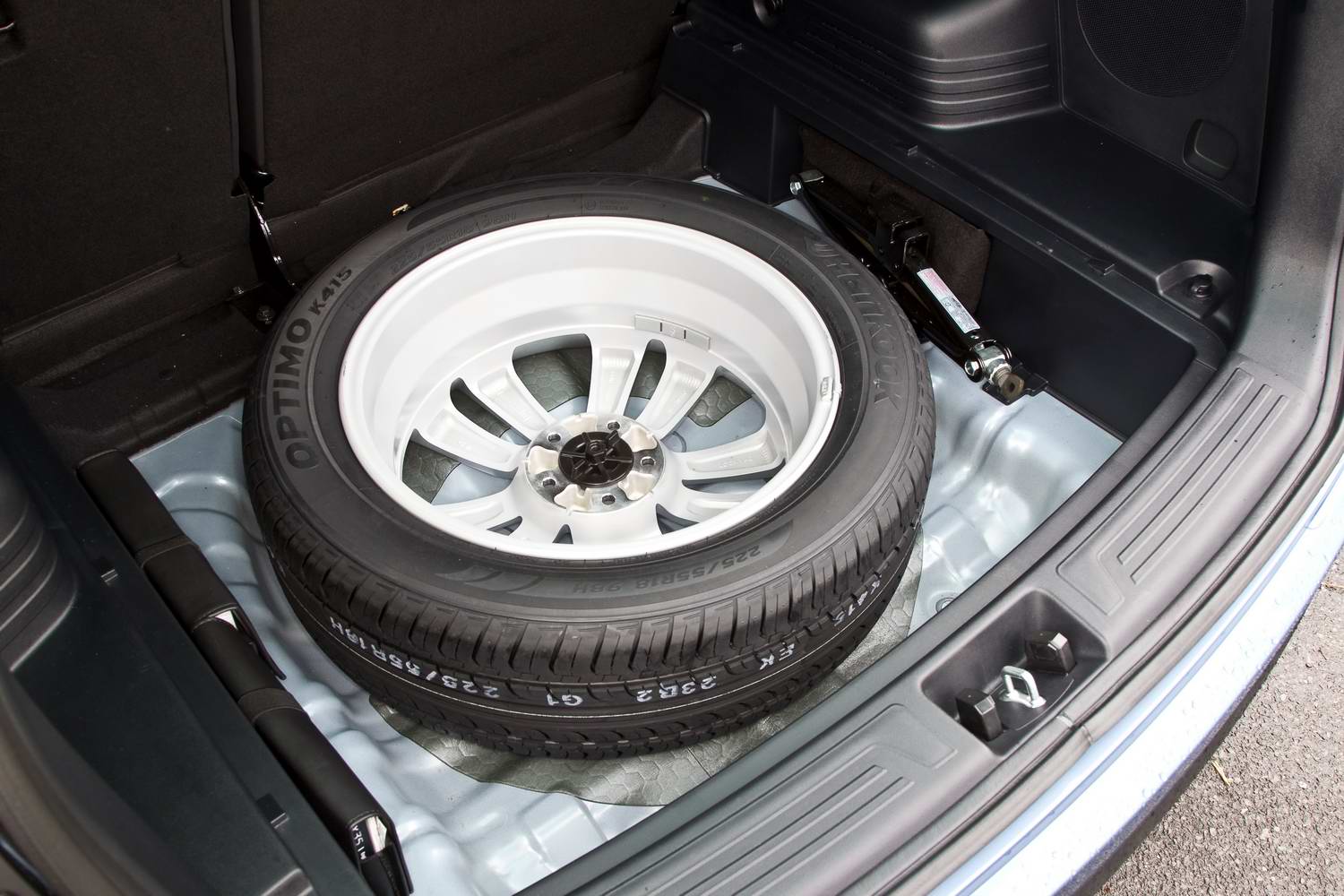 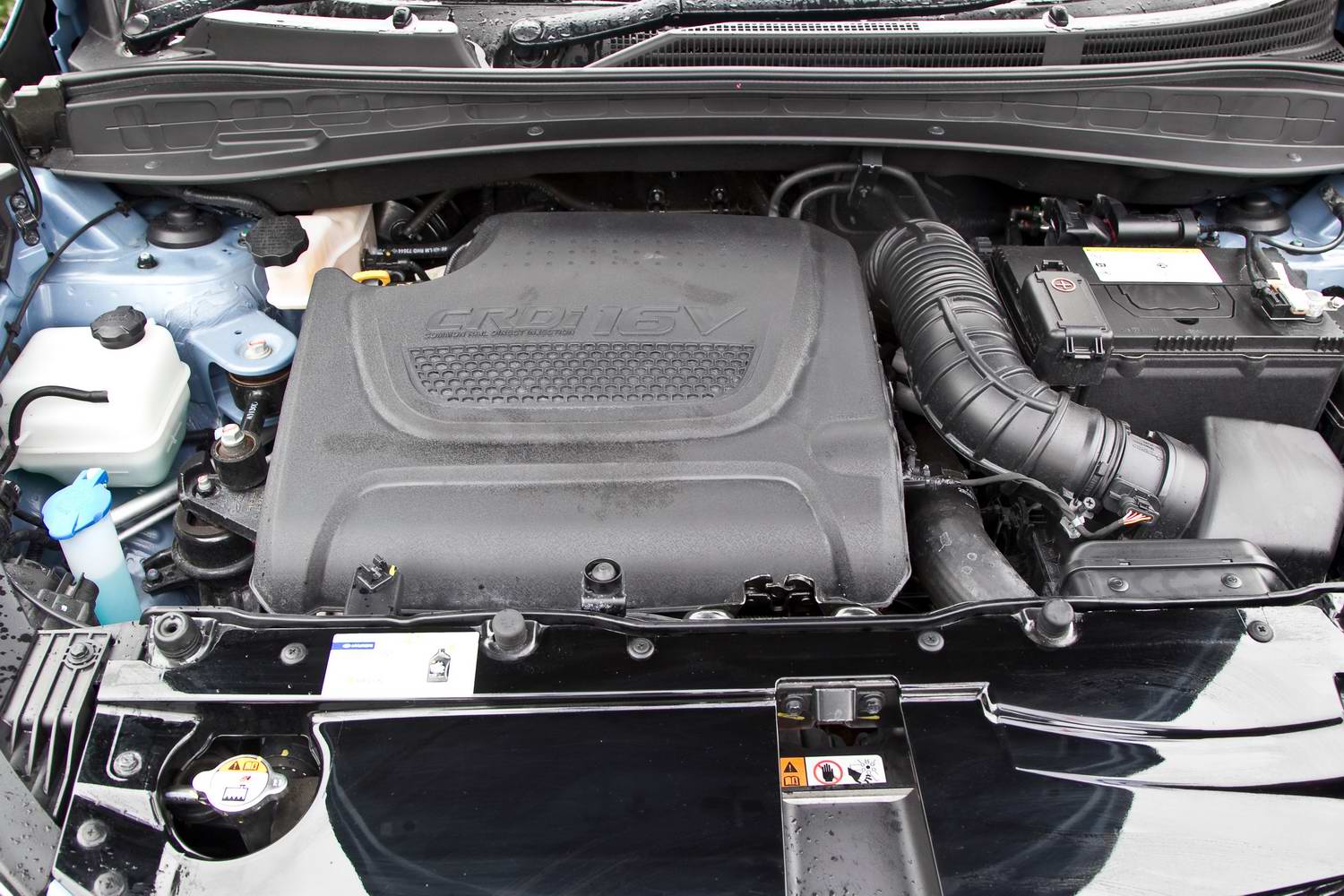 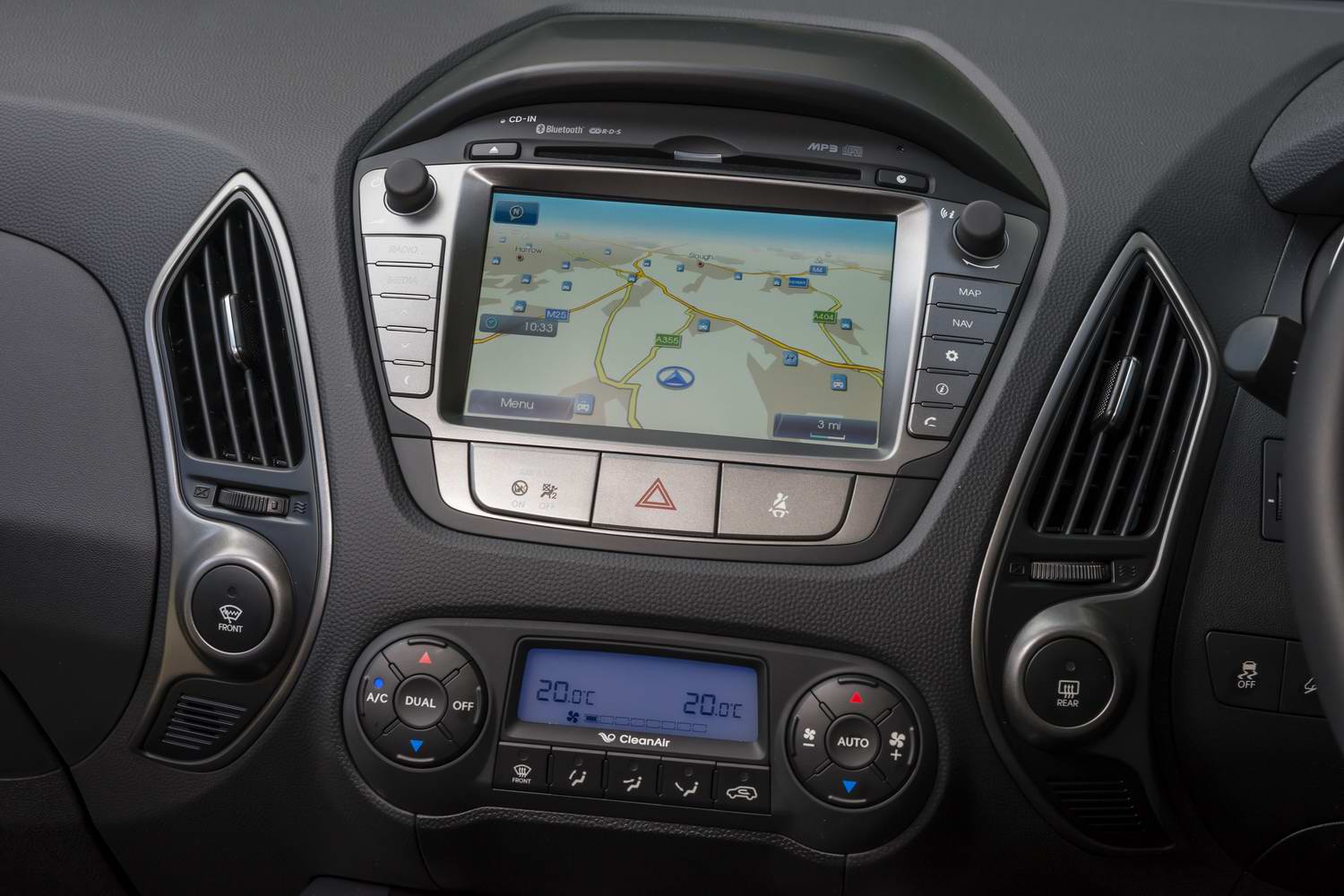 Engine and range options for the Hyundai ix35

In various markets around the world, a 1.6-litre normally aspirated petrol engine was offered in the ix35 (or Tucson Mk2, where appropriate) and Hyundai also showed off its technical muscle by launching a prototype hydrogen fuel-cell electric vehicle (FCEV) version of the ix35 for evaluation. However, the reality is that the ix35 was a purely turbodiesel vehicle here in Ireland, with all second-hand examples powered by four-cylinder diesel engine.

Simply put, the range was also split by which of the two diesels you went for. These had capacity of 1.7 and 2.0 litres respectively, the former generating 115hp and 260Nm, the latter developing 136hp and 320Nm. Both utilised a six-speed manual gearbox as the standard transmission, but if you wanted four-wheel drive you had to have the 2.0-litre CRDi, as the 1.7-litre models were front-wheel drive only. Furthermore, the solitary six-speed automatic option was only offered on the 2.0-litre and fitting it saw the ix35’s peak torque rise to 373Nm (max power remained at 136hp), although it was still a less accelerative car than the manual 2.0 CRDi, which feels notably quicker off then line than the 1.7.

While these engines served the ix35 from launch until run-out, the ‘Blue Drive’ was a development of the 1.7 CRDi. It didn’t change the 115hp/260Nm numbers, but the addition of the company’s proprietary Intelligent Stop-Go (ISG) start-stop system, plus the fitment of low rolling-resistance eco-tyres and what Hyundai called ‘super-efficient alternator management’ saw the fuel economy and CO2 emissions data of the smaller-capacity ix35 model marginally improved. A non-Blue Drive 1.7 CRDi returned 5.6 litres/100km (50.4mpg) with 139g/km of CO2, while adding Blue Drive trimmed those numbers to 5.4 litres/100km (52.3mpg) and 136g/km, though it must be remembered that all of these official figures were recorded under now-discredited NEDC testing, so expect worse fuel economy from the ix35 in reality than this.

Although Hyundai employed an S, SE, SE Nav, Premium and then Premium Panorama trim hierarchy at first on the ix35, it was soon rationalised into a four-trim line-up running Celebration, Comfort, Executive and then Premium. Celebration models had air conditioning, 16-inch alloy wheels, Downhill Brake Control (DBC) and Hill-Start Assist Control (HAC). Stepping up to Comfort added luxuries like cruise control, heated seats, Bluetooth phone connectivity and automatic wipers. Executive models were plusher again, adding dual-zone climate control, 17-inch alloys, part-leather seats and a rear-view camera, while the top-spec Premium wanted for little, full leather upholstery and a panoramic sunroof being among the toys on these versions of the ix35.

Aside from this, the ix35 was facelifted in 2013. Little changed, bar the addition of LED lights on the exterior, which are most notable at the rear of the Hyundai - sleeker ‘ring’-type LED clusters denote the updated examples of the crossover-SUV.

How much is it to tax the Hyundai ix35?

Refer to our Motor Road Tax Prices in Ireland Explained feature for the up-to-date cost to tax the Hyundai ix35.

Next section: How reliable is the Hyundai ix35?