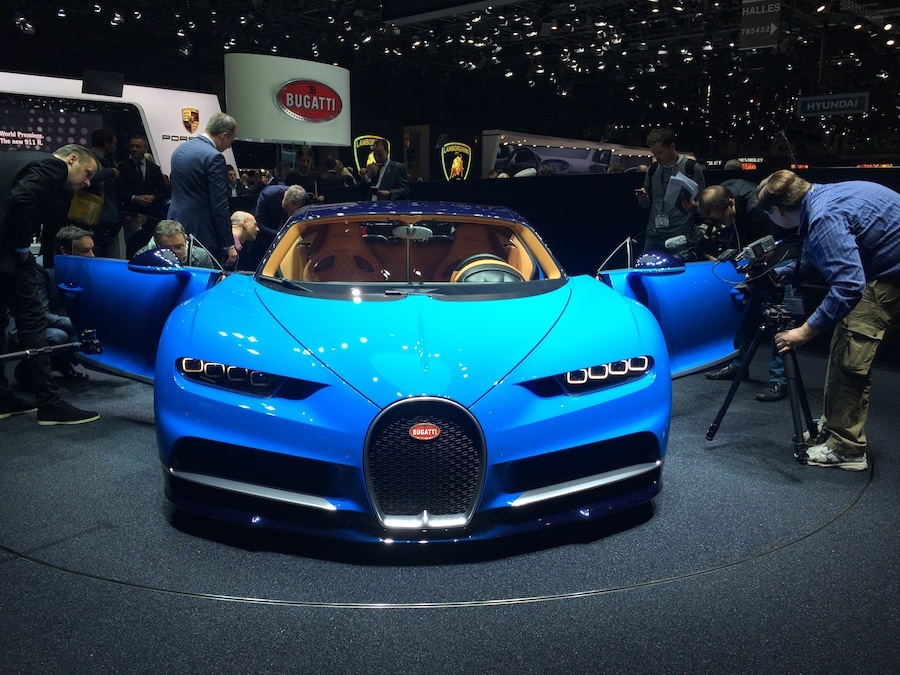 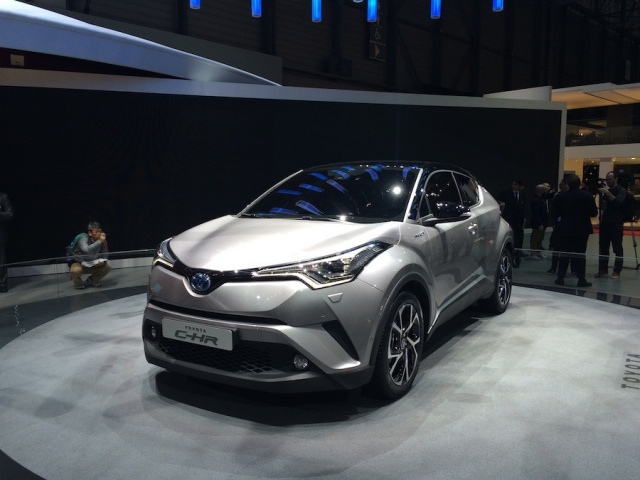 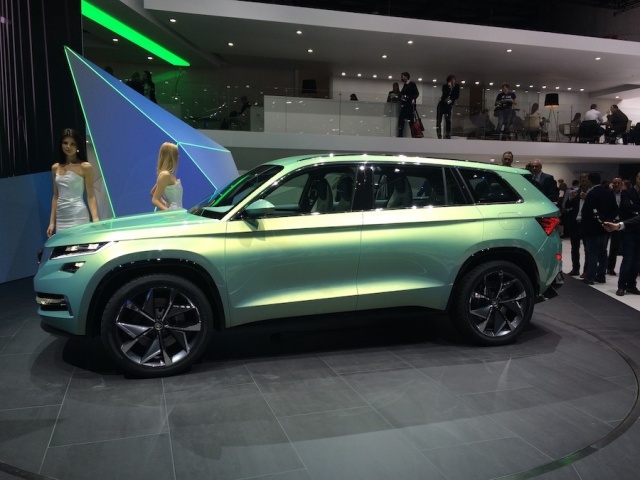 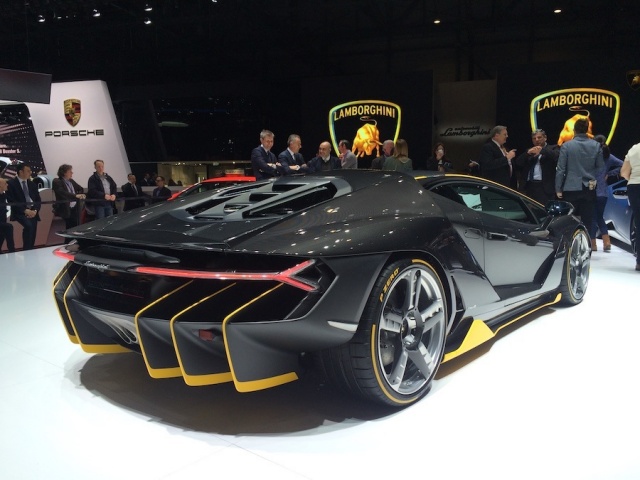 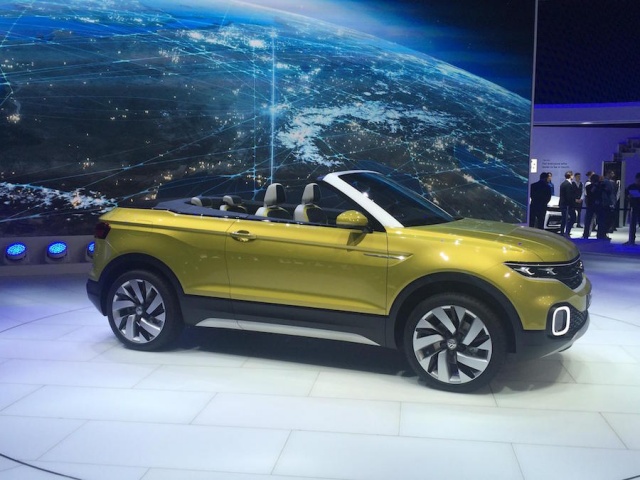 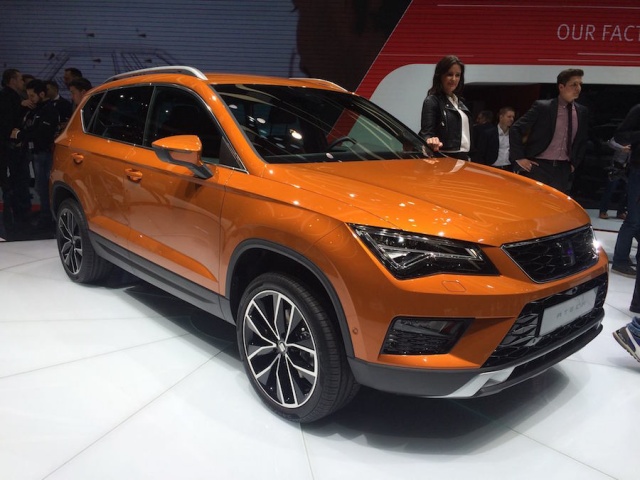 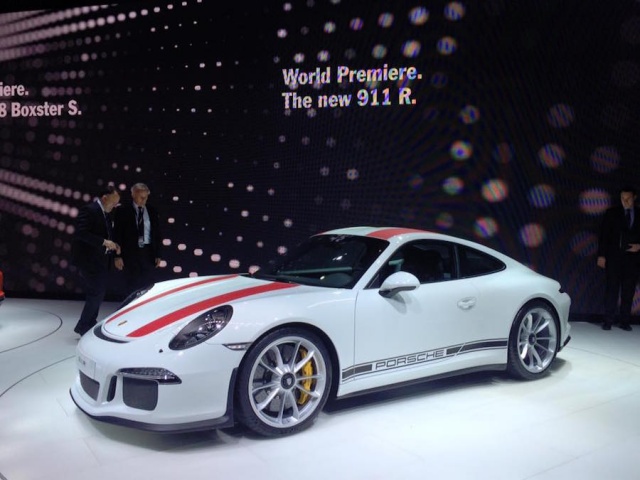 Being on neutral ground, Geneva is the one motor show where the big guns really get rolled out. But this year's event certainly seemed to be more about sensibilities and, of course, SUVs. The Volkswagen Group's Apology Tour of 2015 seems to have come to an end, although that didn't stop a comedian attempting to disrupt Jürgen Stackmann during the Volkswagen press conference...

On hand were a facelifted up! and a convertible crossover concept called T-Cross Breeze (why is it named after a fabric softener?) that previews how a new junior Volkswagen SUV could look. The impressive new Tiguan was also on display. Looking even sharper was SEAT's Ateca. It's the first SUV for the Spanish brand and it has big hopes for it; with the Leon and Ibiza being its main players a crossover is a welcome addition to the range.

Bigger, and even better, was the Skoda Vision S. This concept previews a large SUV due to arrive in the near future and my source at the factory informed me that it will barely change in the transition to production guise. Even those stunning wheels are set to be an option on higher spec models. Undoubtedly the most impressive SUV of the show.

Toyota deserved a firm pat on the back for finally unveiling a sharp and interesting looking car in the form of the C-HR crossover. This is the new model that it hopes will steal away sales from the likes of the Nissan Juke and Renault Captur - and on looks alone I think it will.

BMW rolled out is new M760Li xDrive, which looks every bit the performance sledgehammer its numbers suggest it will be. There was also another opportunity to drool over the new M2, while over on the Mercedes-Benz stand the new C-Class Cabriolet further demonstrated the company's design team's inability to do no wrong at present.

There were of course supercars a plenty in Geneva, and Bugatti stole most of the limelight with its new Chiron, the successor to the Veyron. It remains a truly impressive feat of engineering given the numbers involved and the suggestion is clear that there is still more to come from this model in terms of top speed. My personal favourite bit is the fact that the speedometer reads to 500km/h. That said, there is somewhat of a hint of the Apollo space programme about Bugatti at the moment. The Veyron was incredible when it was first announced and subsequently reached production. The Chiron on the other hand was expected, and now adding a few more digits to the top speed isn't quite as impressive, much like the difference between Armstrong landing on the Moon and television networks struggling for ratings by the time Apollo 17 landed there. If you need a reminder as to how mental the Veyron was, read our review of it here.

Lamborghini turned up with another new limited-run model, called the Centenario. Built to mark what would have been company founder Ferruccio Lamborghini's 100th birthday, I think it might see him spinning at a steady pace in his grave had he seen it. Looking very much like it had been given to Mansory prior its unveiling it has already appealed to those far wealthier than I, with all 40 examples sold.

Aston Martin had its new DB11 on show, which I must admit looked very impressive. I've often stated my lack of love for Astons, but this could certainly be one that is capable of winning me over. Porsche also finally gave the world what it wants in the shape of the 911 R - a manual, all-singing-all-dancing 911 that will no doubt be sold out in no time.

Of all the other performance cars there it was the Ford Fiesta ST200 that was probably the one I would most like to have driven home in. I don't hide just how much I love the regular Fiesta ST so the idea of some tweaked gear ratios and an extra 20hp makes one of the best hot hatches ever made even better.