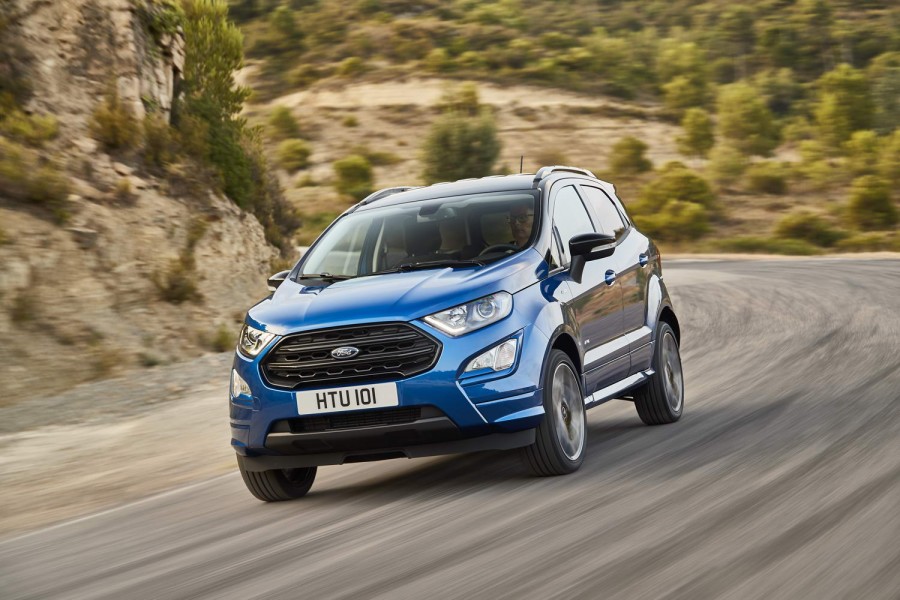 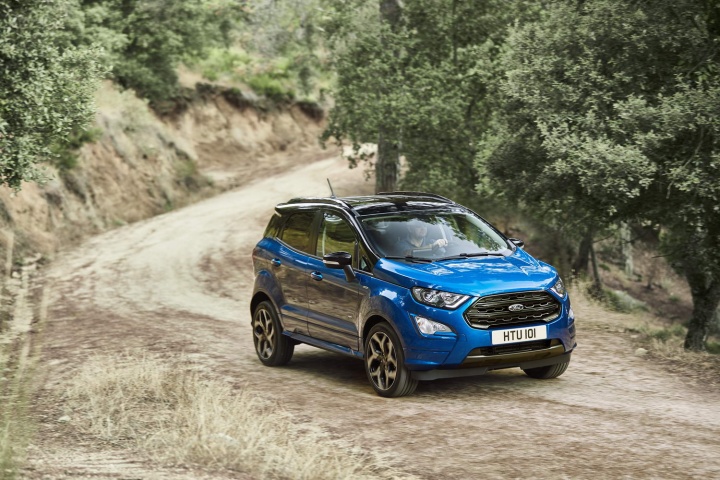 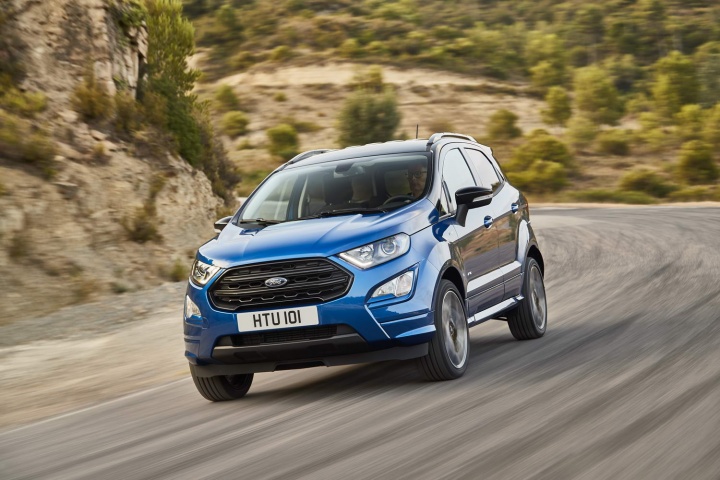 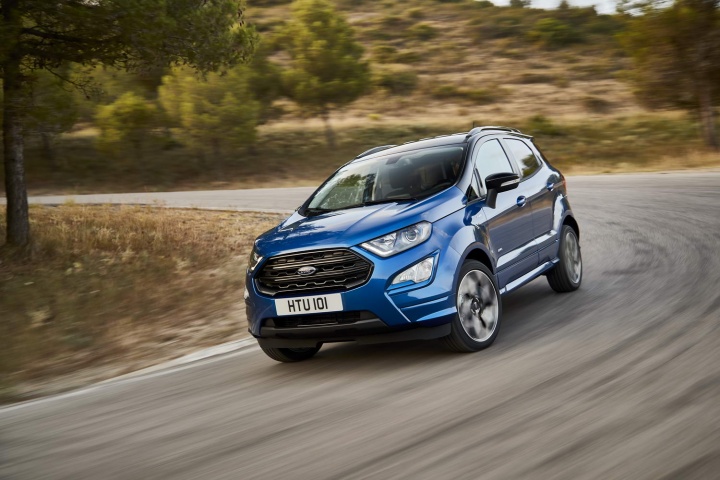 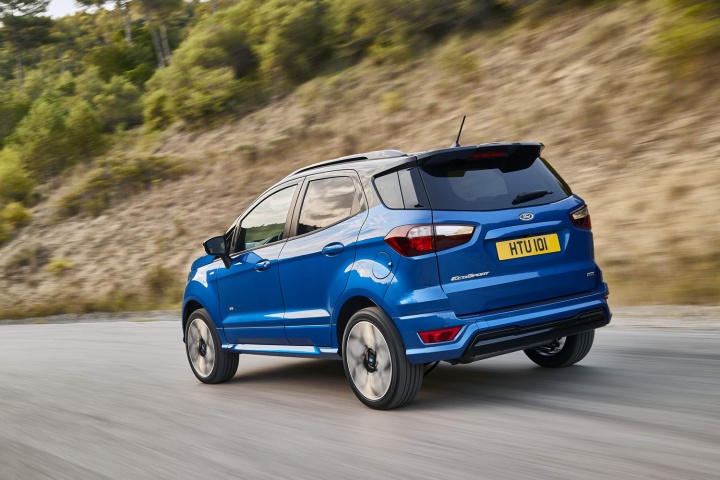 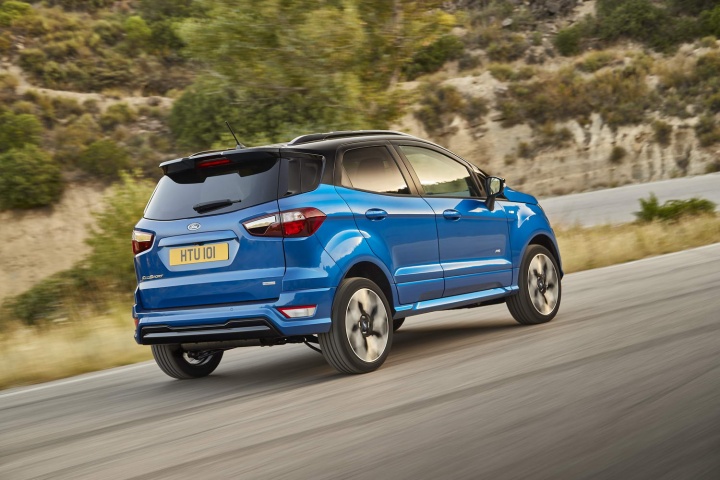 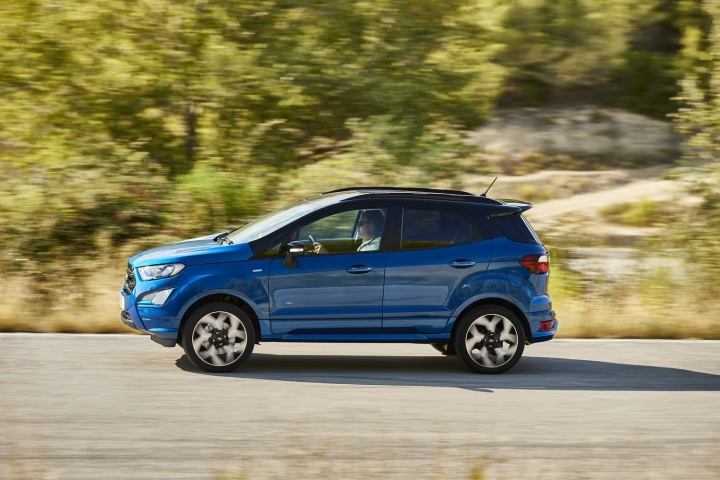 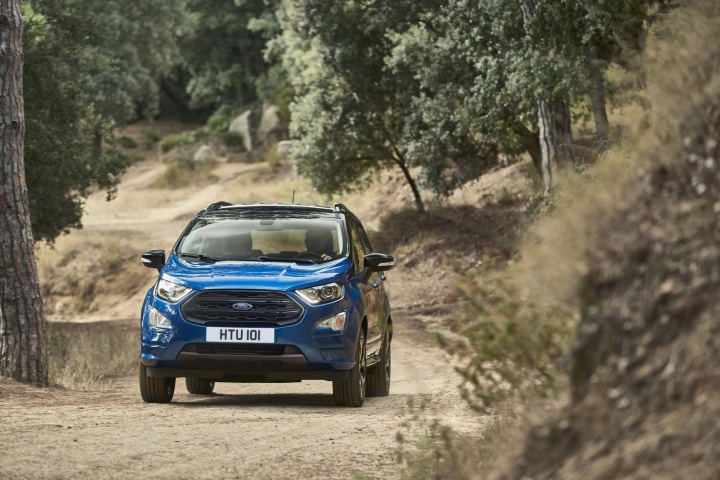 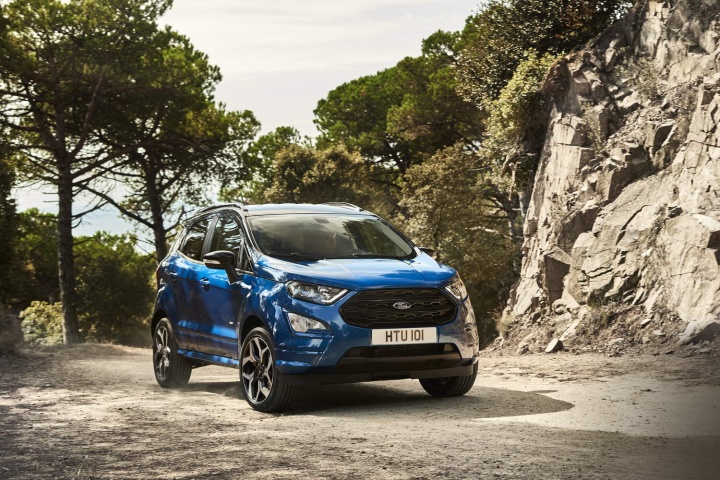 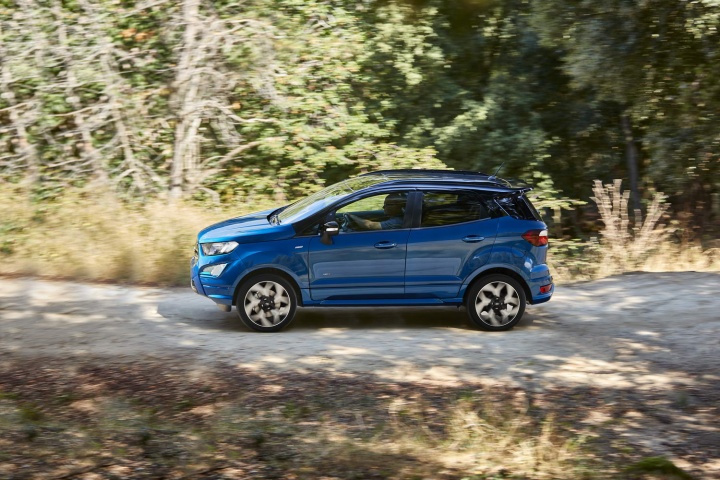 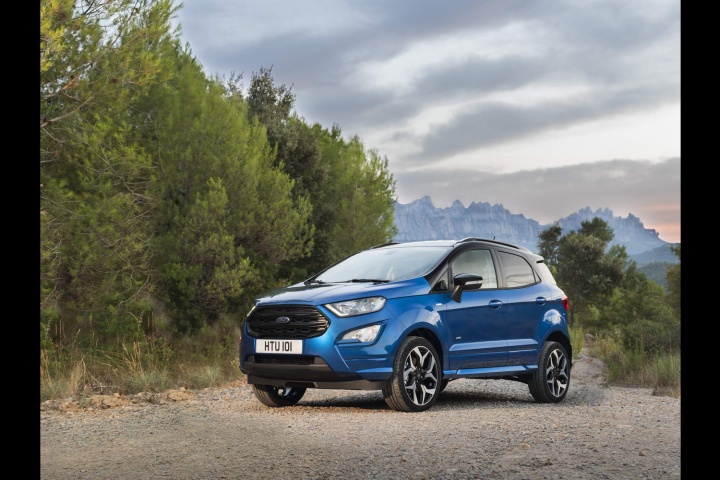 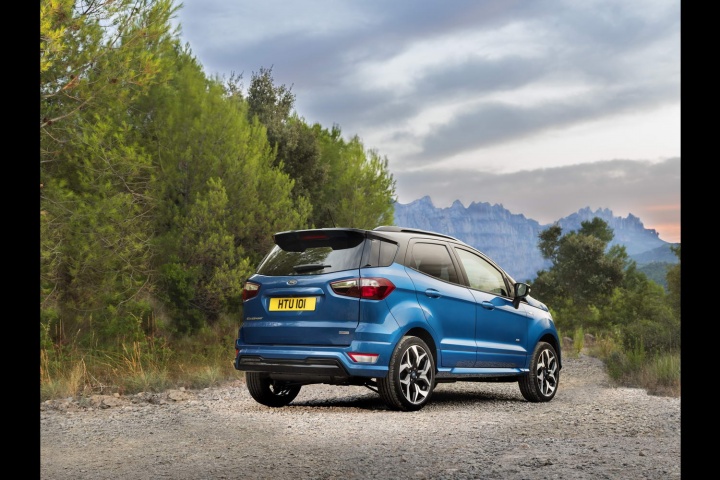 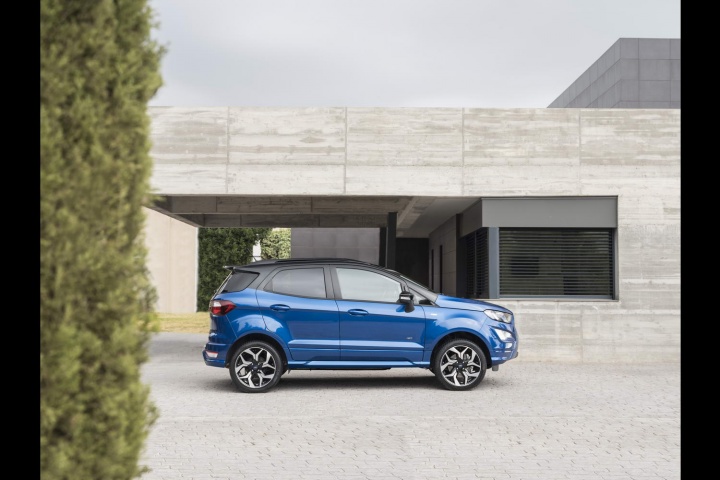 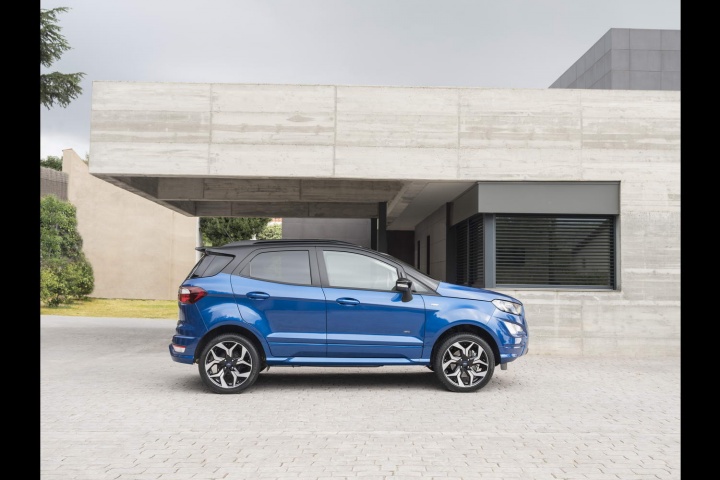 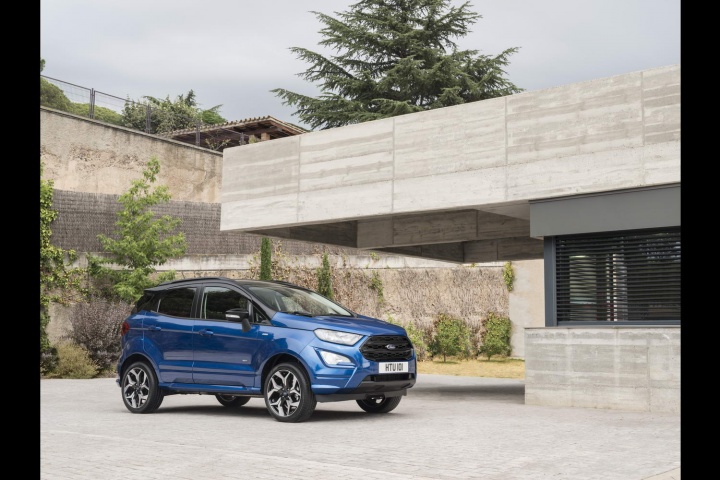 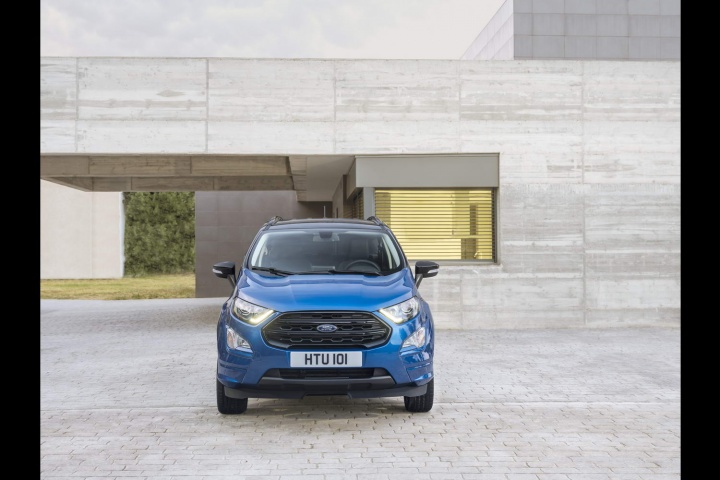 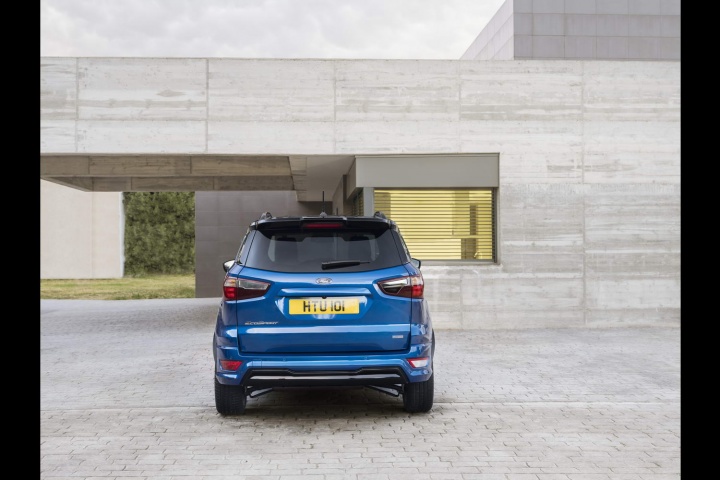 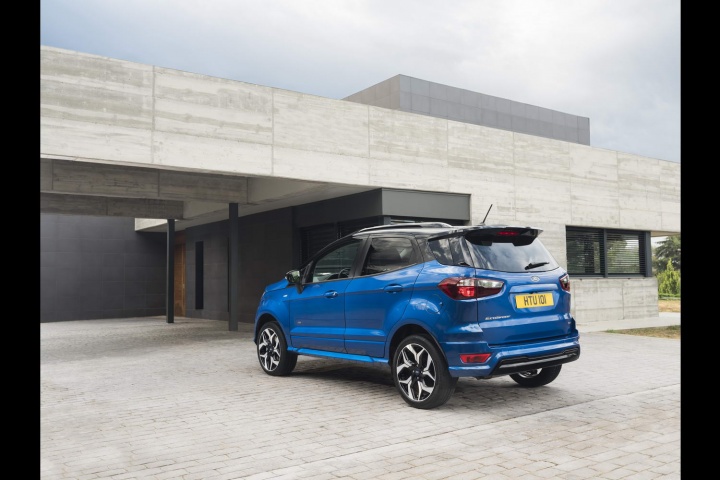 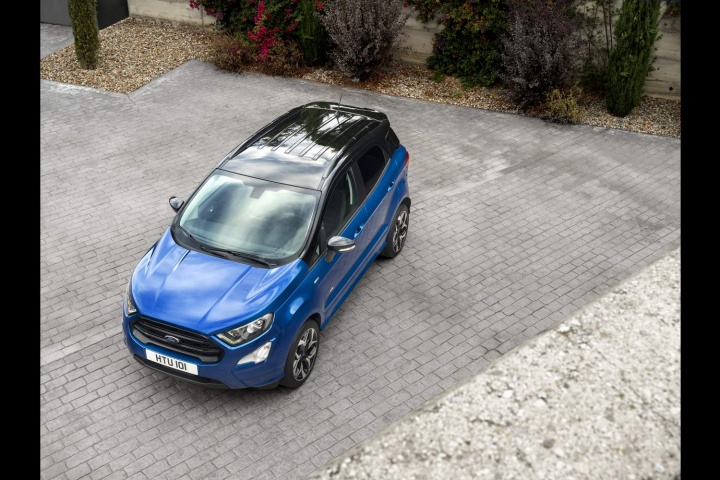 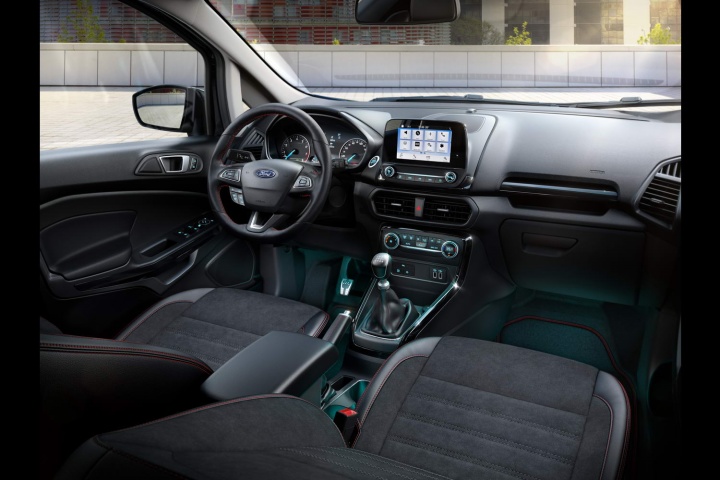 Updates to the Ford EcoSport bring a better interior, but has the driving experience improved?

The Ford EcoSport crossover gets yet another update, this time in the form of an improved interior and revisions to engine and transmission options. But is it enough to stay at the sharp edge of what is now a fiercely competitive segment of the market?

The Ford EcoSport was originally never intended to be sold in Europe, but when Ford saw the explosion in demand for SUVs of all sizes, especially smaller ones, the car was quickly introduced here. Its original styling owed much to the Fiesta platform it was built on, but it drew criticism. An updated version in late 2016 saw the removal of the spare wheel from the tailgate amongst other minor changes.

For 2018, the EcoSport gets a more significant makeover, with a redesigned face that brings it more into line with the bigger Ford Kuga and Edge SUV models. New headlights include LED daytime running lights while the grille gets a fresh look to match its siblings. Restyled front fog lights form part of a new detail line that extends up and along the side of the car through the door handles.

As with its other models, Ford Ireland is introducing a sportier ST-Line version too and it is visually differentiated from the regular EcoSport by an exterior styling pack and differences to the interior to give it a more performance-themed look. It is the interior though where the most significant changes to the EcoSport take place, in all variants.

Following the look set out by the new Ford Fiesta, the baby SUV gets a whole new dashboard layout. This now includes an eight-inch freestanding touchscreen infotainment system on top of the centre console featuring Ford's latest SYNC 3. It also offers users smartphone mirroring with Android Auto and Apple CarPlay, while satellite navigation comes as standard.

Rear passenger space is adequate, if not class-leading. It can accommodate three in the back though it's more comfortable with just two. The boot space is helped by an adjustable floor height that can create a separate lower compartment, though the side-opening tailgate remains. It's unconventional by today's standards and isn't ideal for every parking situation. As per the previously facelifted version, there is no longer a spare wheel mounted to the tailgate; instead, Ford provides an inflation kit stored beneath the boot floor.

Depending on which version of the EcoSport you choose, it has a significant bearing on how it will drive. The standard front-wheel-drive model comes with independent McPherson struts up front and a torsion beam rear axle. This setup equates to a soft ride that does little to mask the car's higher centre of gravity. In corners, the Ford rolls quite a bit, even without carrying any significant speed. The steering has a good weight to it, but it doesn't have the same direct feeling that we often come to expect from Ford.

Later in 2018, all-wheel-drive will be made available. In addition to being able to send power to all wheels, this version also comes with an improved independent rear suspension setup that we found to provide a significantly better ride quality when we drove it.

The petrol offering is made of up two variants of Ford's turbocharged three-cylinder 1.0-litre EcoBoost engine, with 140hp or the less powerful 125hp tested here. Both will come with a six-speed manual gearbox, but our test car was equipped with a new six-speed automatic. Whereas some manufacturers are moving toward dual-clutch transmissions, Ford has stuck to a more conventional torque converter setup here and gear changes are seemingly laboured. Even if you choose to use the small plastic paddle shifters mounted to the back of the new multifunction steering wheel, it quickly defaults back to Drive unless you select the Sports mode.

Having monitored the buying habits of EcoSport buyers to date, Ford Ireland has decided only to offer the new model in its highest specification grades, Titanium and the new ST-Line. All models will come with the improved interior featuring the eight-inch SYNC 3 system, as well as a rear-view camera and cruise control with a speed limiter function.

Ford also offers items such as a heated windscreen and heated steering wheel, while a 4.2-inch digital instrument cluster can provide the driver with added information. Pricing will start at €26,900 for the Titanium 1.0-litre EcoBoost, with additional pricing for other models to be confirmed. That does give the EcoSport a noticeably higher starting price than most rivals, but Ford includes a higher level of equipment that would be optional in many other models.

Visual exterior differences separating the ST-Line include 17-inch Dark Tarnish alloy wheels, Ford Performance bumpers and side skirts on the outside, while the interior gets a flat-bottomed steering wheel and partial leather seats, leather handbrake lever and gear selector. ST-Line badging throughout adds further differentiation. Both models are available to order in a range of colours including a contrasting roof.

The updates to the Ford EcoSport both inside and outside do improve the car. However, it remains short of being a class-leader. Sluggish performance and poor ride quality detract from what has the potential to be a more appealing compact crossover. 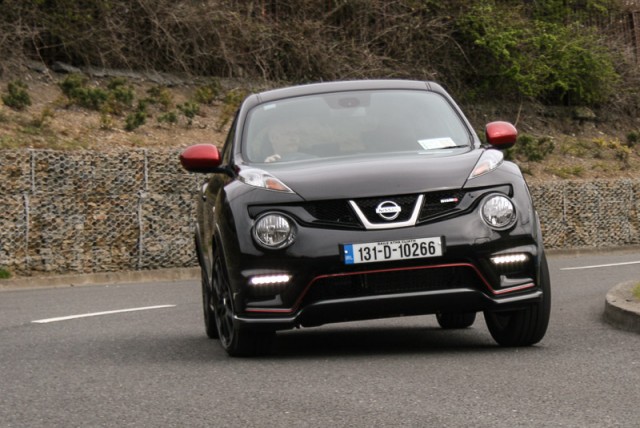 Nissan Juke Nismo review
Nissan Juke vs. Ford EcoSport 1.0 EcoBoost auto: like the Ford, the Juke lags behind some of the fresher competition, but the Nissan remains a popular choice. 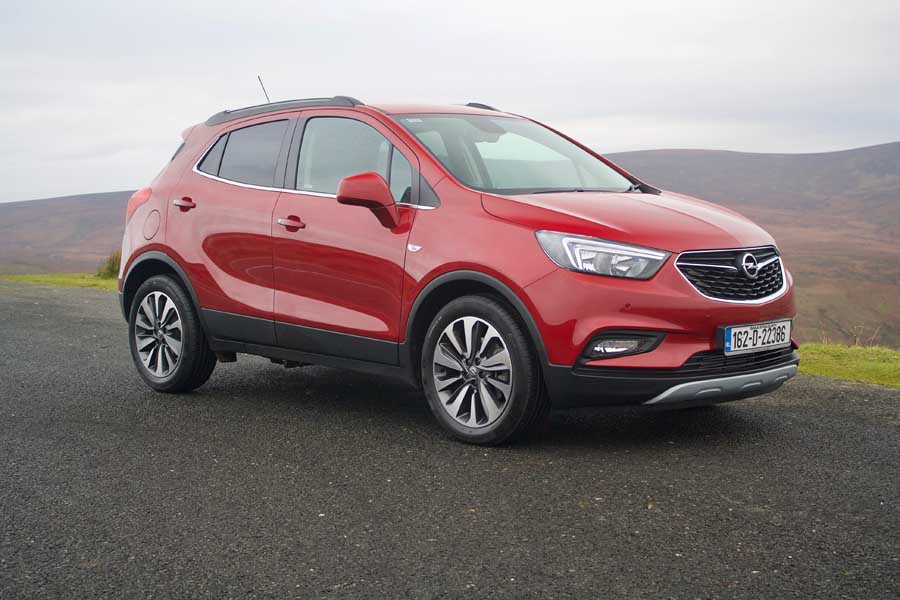