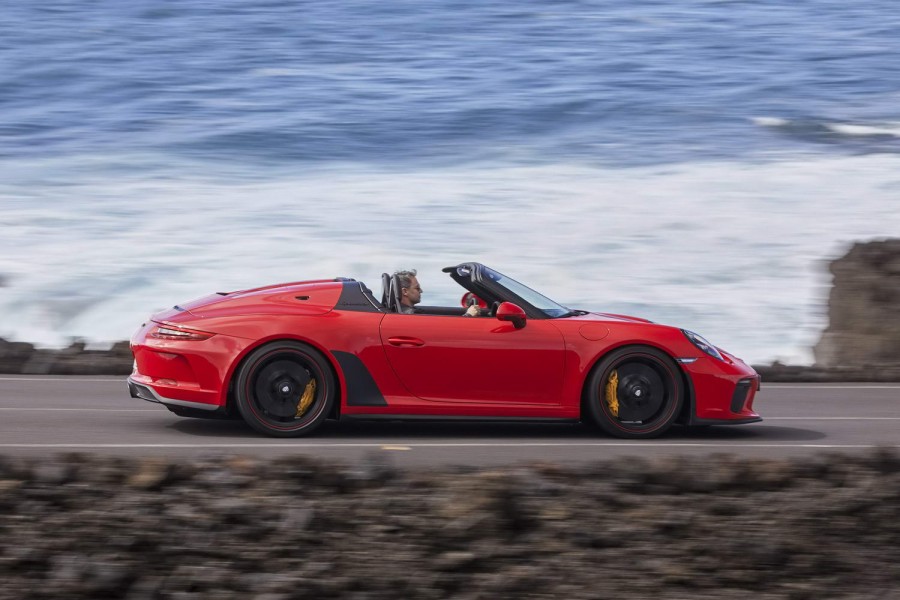 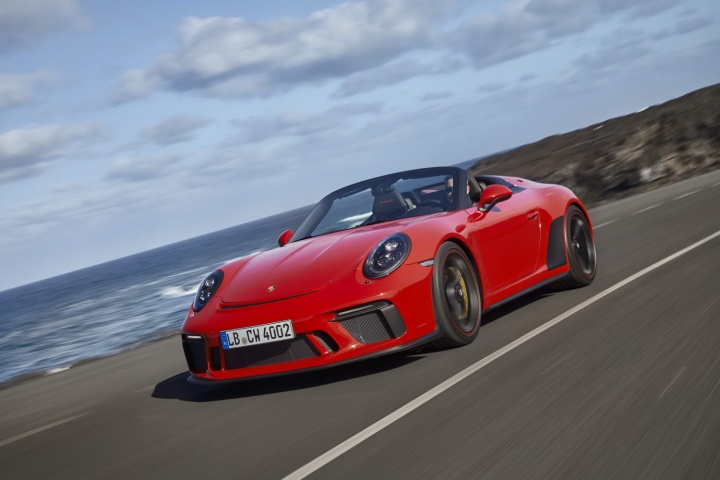 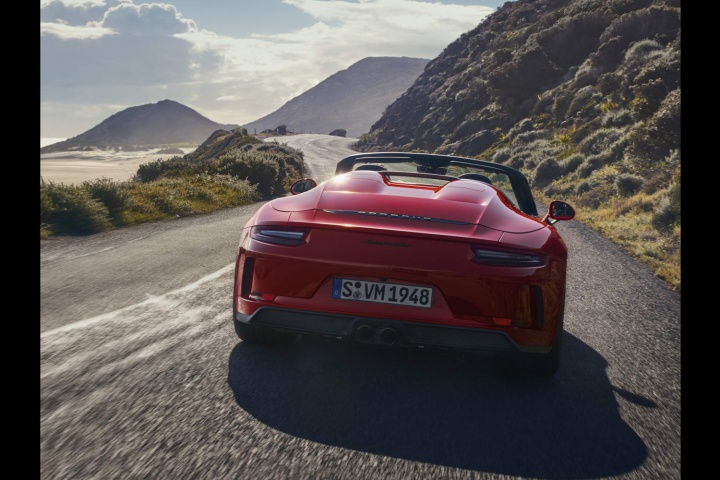 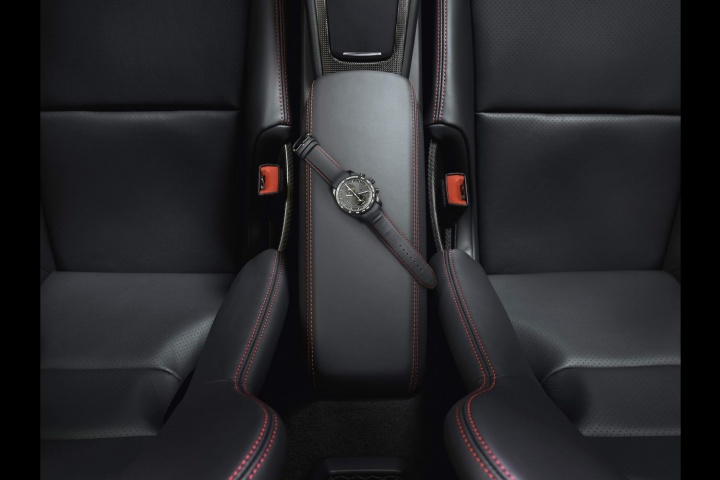 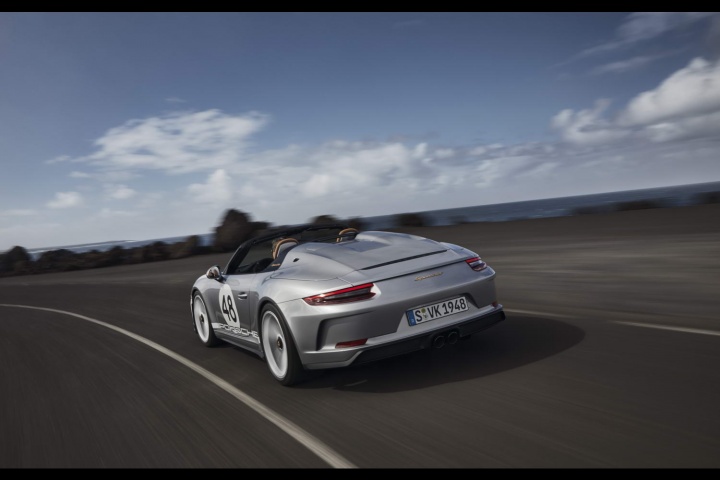 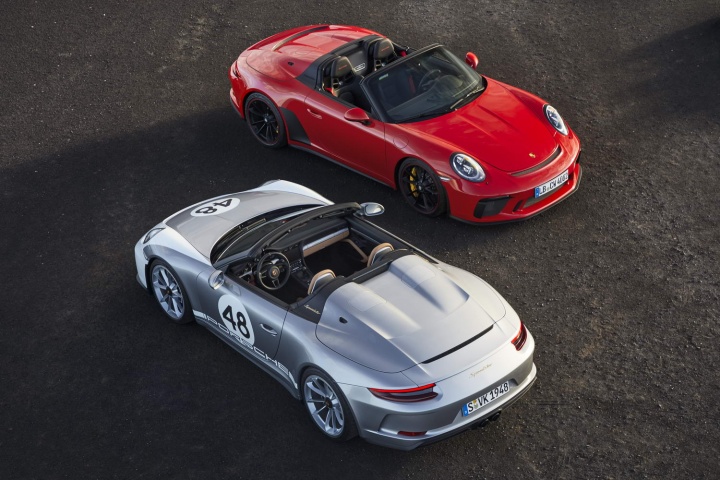 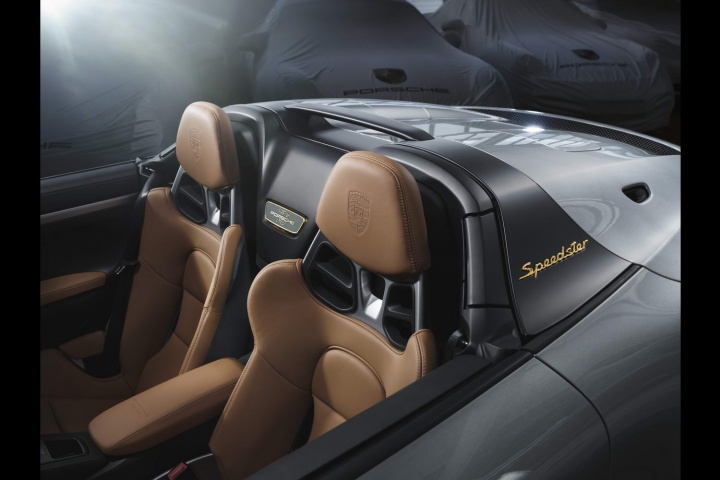 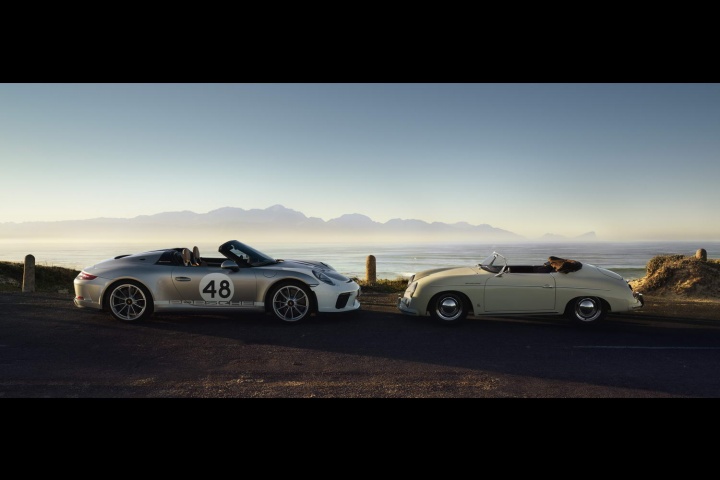 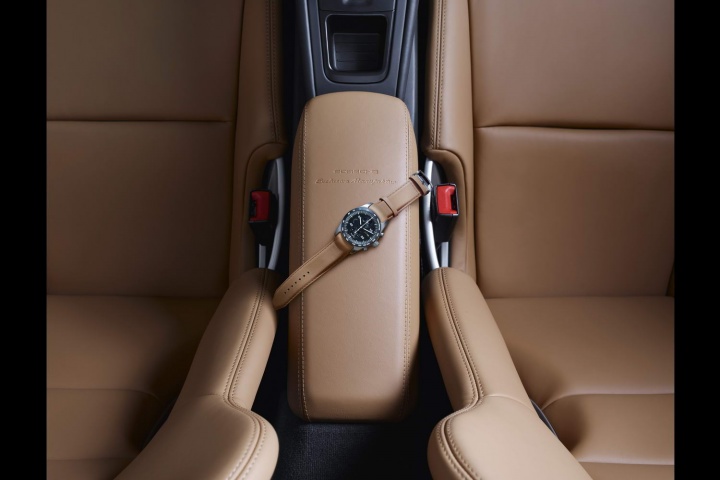 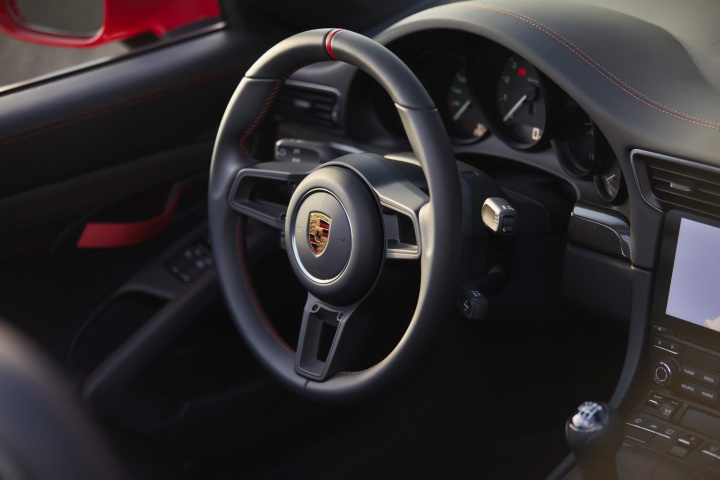 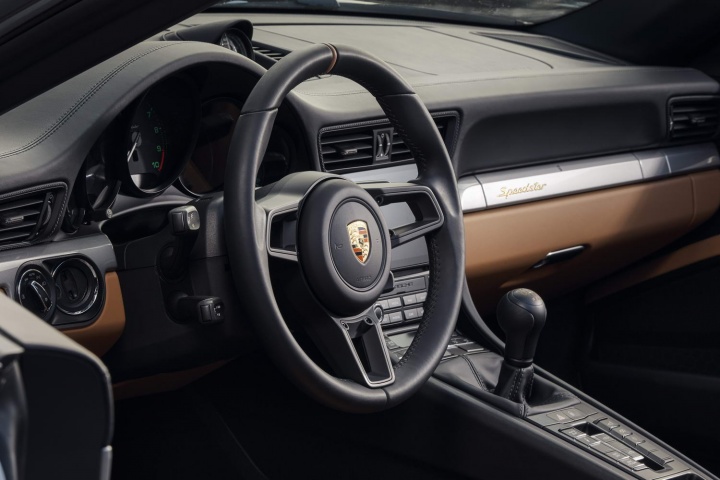 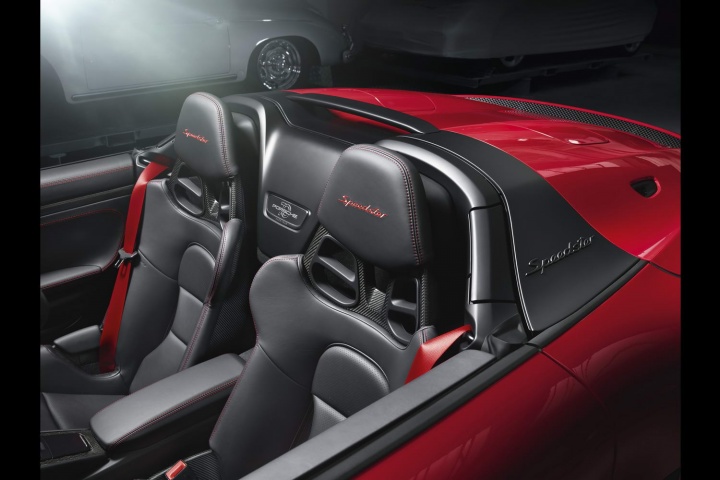 The new Porsche 911 '992' might already be with us, and it has already spawned a Cabriolet spin-off, but there's still time for one last open-topped hurrah for the 991-generation 911 - in the form of this, the 911 Speedster. It's a limited-run piece that's sure to only appreciate in value from this point in time onwards.

Announced as a concept in summer last year and then confirmed for production just a few months later, the two-seater, open-top Speedster is defined by the 'double-bubble' streamlined headrest cowls, a feature of this particular 911's lineage since the first model of 1988. In the case of the 991 Speedster, it's made of a single piece of carbon-fibre reinforced plastic (CFRP) and Porsche says it is the 'largest and most complex component to date' of said material that it has used in a road-going model.

Incorporated into the twin bubbles is the rollover protection system from a 911 Cabriolet, while a weight-saving roof structure replaces the basic tonneau cover of the concept vehicle. The fabric convertible top is suitable for everyday use and - with its shortened window frames and smaller side windows - the 911 Speedster's athletic 'fly line' profile is supposed to invoke memories of the 356 Speedster of 1954. Oh, and in case you're wondering, the roof is largely mechanically operated, although some human effort will be needed to pop the roof fins back into place when raising the hood into position.

Taking learnings from not just the, um, 'regular' 991 GT3, but also the GT3 Touring and the limited 911 R, the Speedster has a carbon-fibre bonnet that's 2kg lighter than the item on the 911 GT3, while the front wings are also made of a same material, a la 911 R. The front apron is from a GT3 but has a completely new development of splitter, while the Talbot mirrors of the concept car have been replaced with electrically adjustable and heated Sport Design exterior mirrors. Both the extending, aerodynamically tuned rear spoiler and the rear apron too are direct lifts from the GT3 Touring.

The Speedster's cabin is defied by black leather elements for the seats' side bolsters and head restraints, with said chairs being full-bucket carbon-fibre composite items. More leather is found on the armrests in the doors and the shortened gearlever, the centre panels of the seats are upholstered in perforated hide and the door panels themselves feature black fabric door pulls and stowage nets, to reduce the overall weight of the special 911.

Beyond this, black dials with white needles and green numerals are a direct throwback to the 356 Speedster, while 'Speedster' logos can be espied on the head restraints, the visible carbon door sills and the rev counter. A final touch is the plaque on the cross-member behind the rear seats, which shows the serial number of the car in the 1,948-strong Speedster production run.

The Speedster uses the 4.0-litre flat-six 'nat-asp' petrol engine that saw service in the mighty 991.2 GT3 and GT3 RS models, but it splits the difference on horsepower between these two - sitting at a neat 510hp, right between the GT3's 500hp and the RS's 520hp outputs. This is allied to the six-speed manual GT gearbox, which means the three-pedal 911 purists should be ecstatic.

All told, with the peak power arriving at 8,400rpm before a 9,000rpm limiter and a maximum torque figure of 470Nm at 6,250rpm, the 911 Speedster will hit 100km/h from rest in four seconds flat and can run on to a top speed of 310km/h, where permitted. WLTP testing has resulted in NEDC-correlated eco-stats of 20.6mpg combined, along with 317g/km of CO2, so it's a pretty juicy thing to run. But it is also quite astonishingly fast and desirable.

Returning to the 4.0-litre six-pot motor, it has been fitted with two gasoline particulate filters since its application in the GT3, with the additional 10hp liberated thanks to detail improvements to the high-pressure fuel injectors and an optimised spray pattern, a modified intake system with individual throttle valves (which offers sharper throttle response) and a 10kg lighter stainless steel sports exhaust. Elsewhere, the Speedster has rear-axle steering, dynamic engine mounts (PADM), Porsche Active Suspension Management (PASM) with a 25mm-lower sports tuning set-up and a set of 20-inch, centre-lock, forged alloy wheels. The Porsche Ceramic Composite Braking (PCCB) system is also standard fit.

Various Heritage packs will be offered for the Speedster, which come with Black and Cognac interiors and historic decals and finishes for the paintwork. Just 1,948 991 Speedsters will be built, as they celebrate 70 years of Porsche Sports cars - an anniversary that came up in 2018, when the 911 Speedster was announced.

Published on May 7, 2019
Written by Matt Robinson