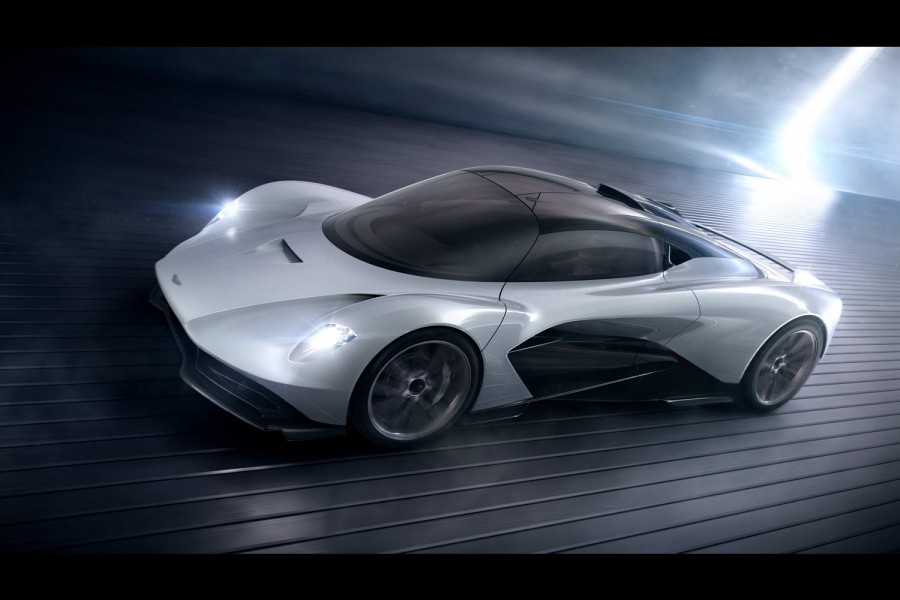 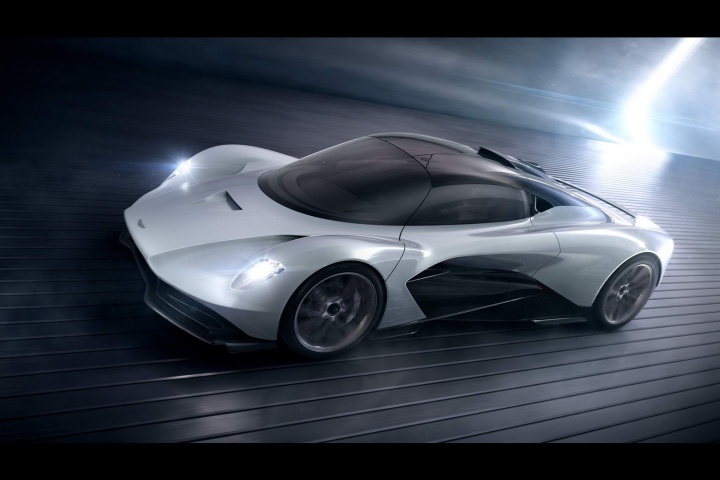 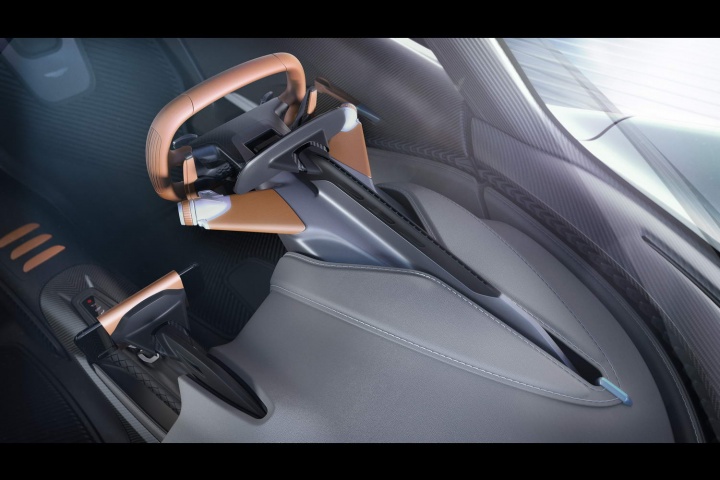 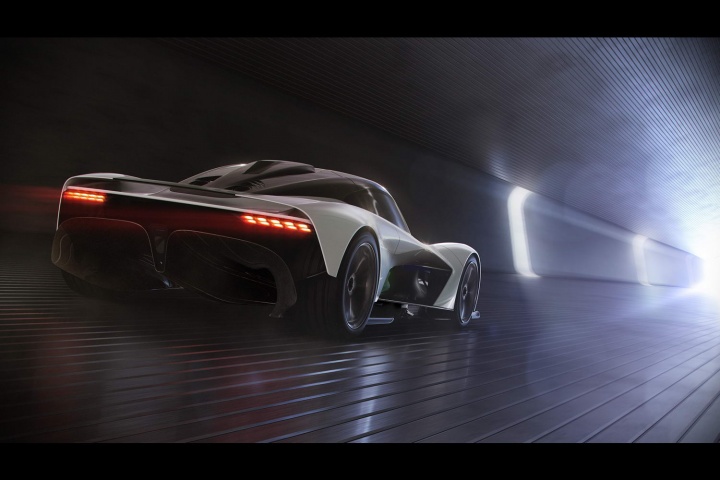 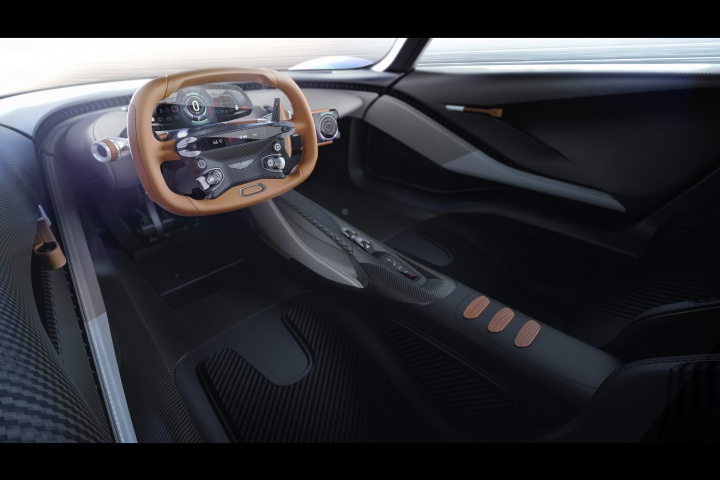 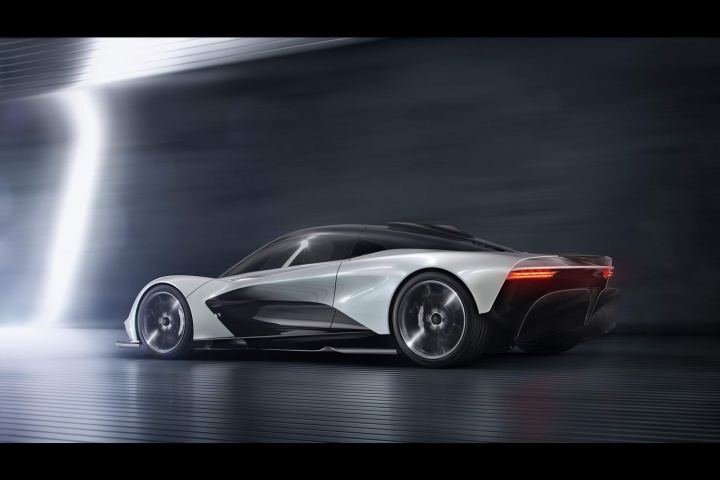 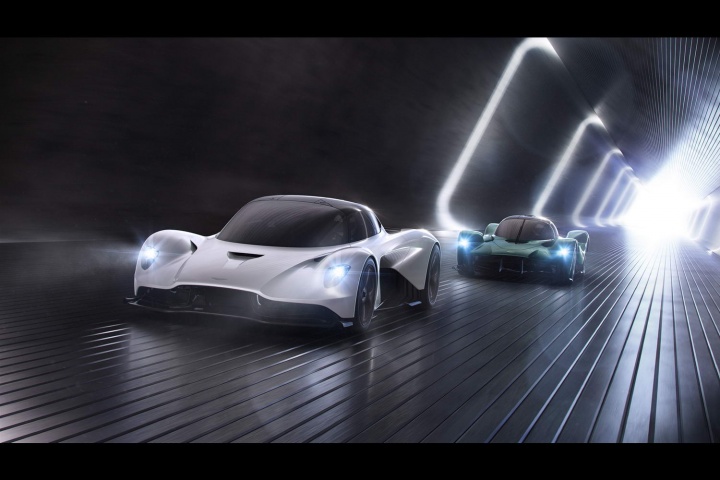 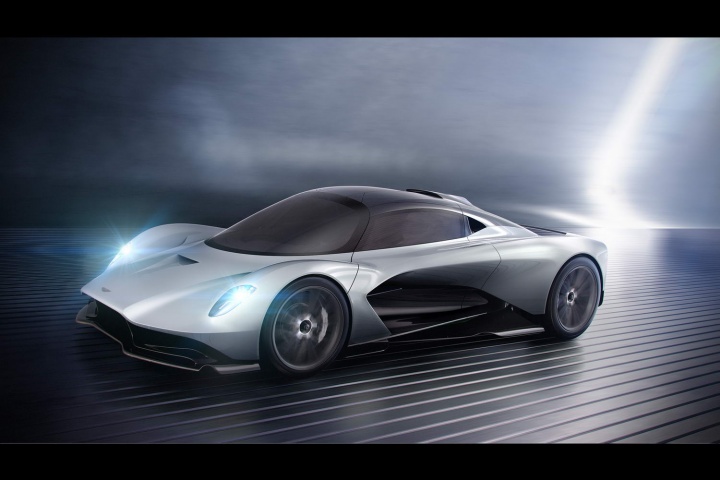 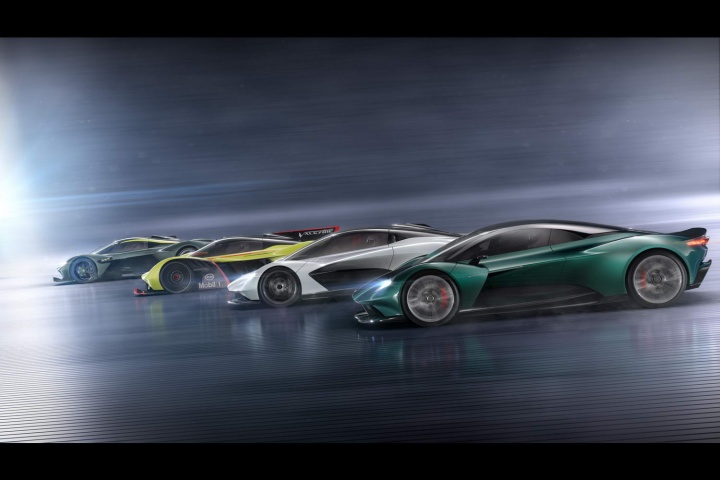 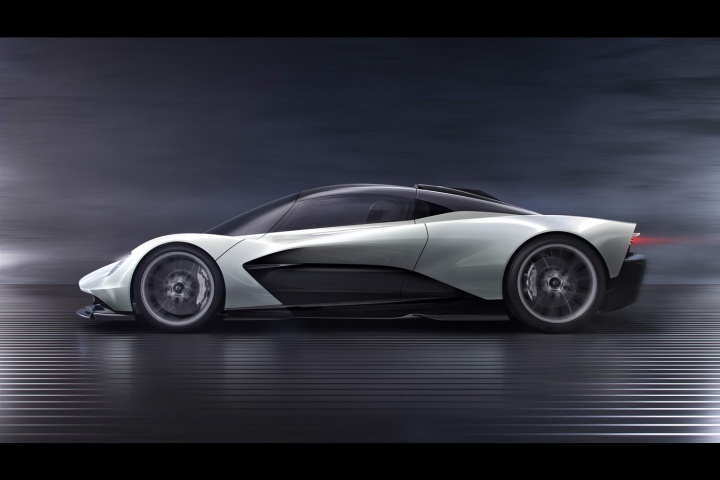 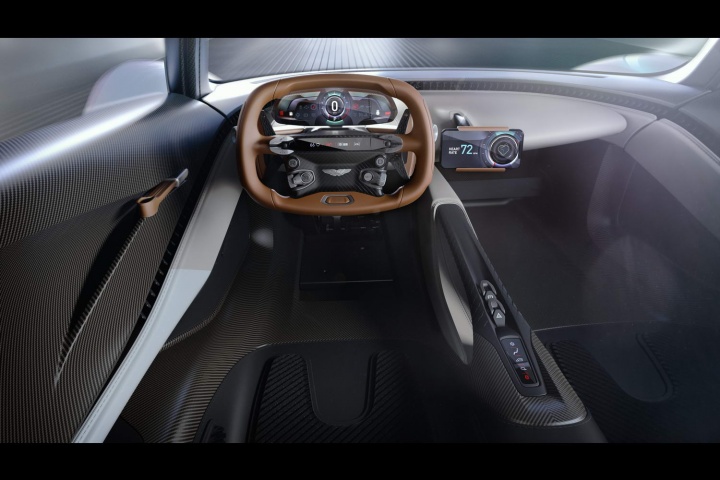 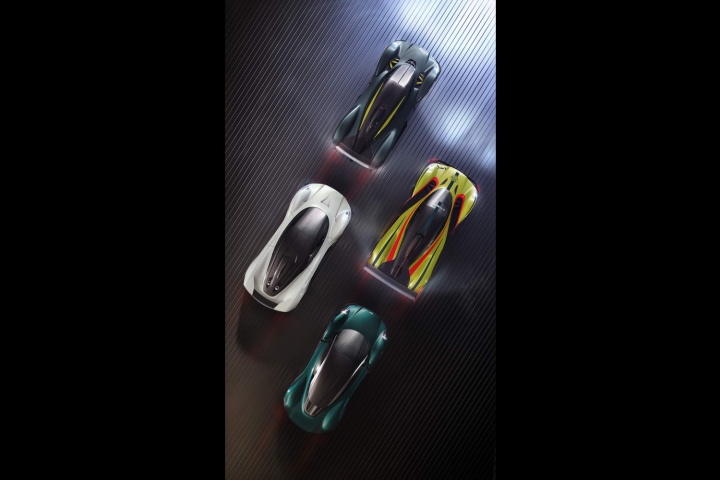 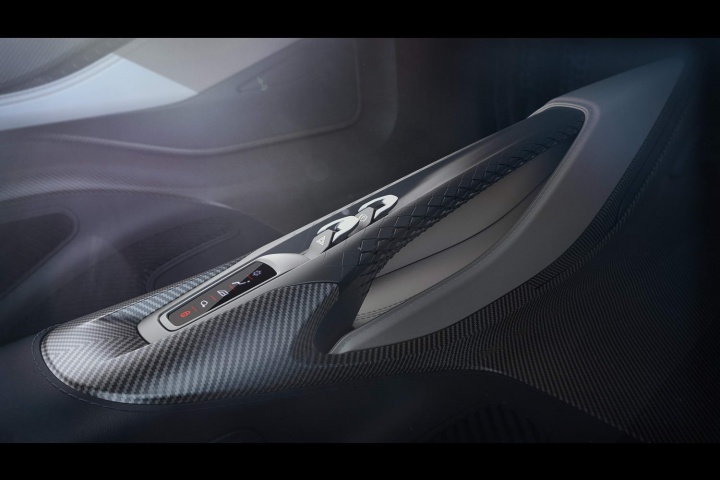 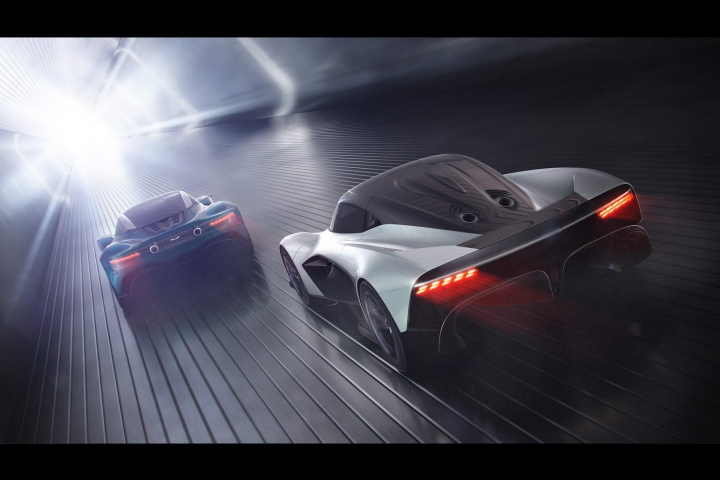 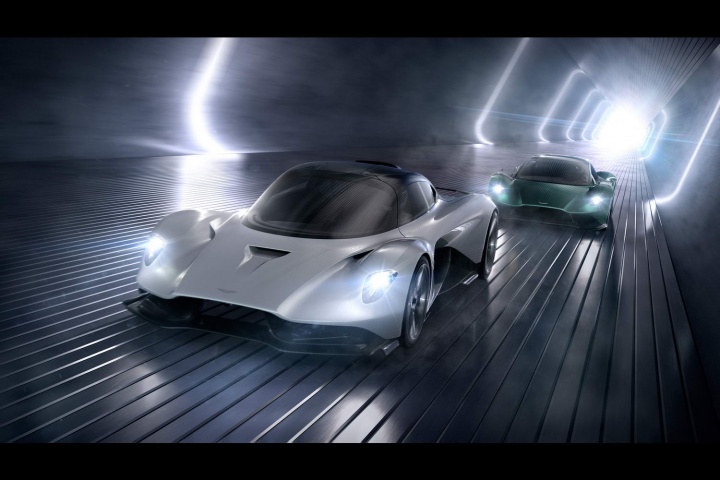 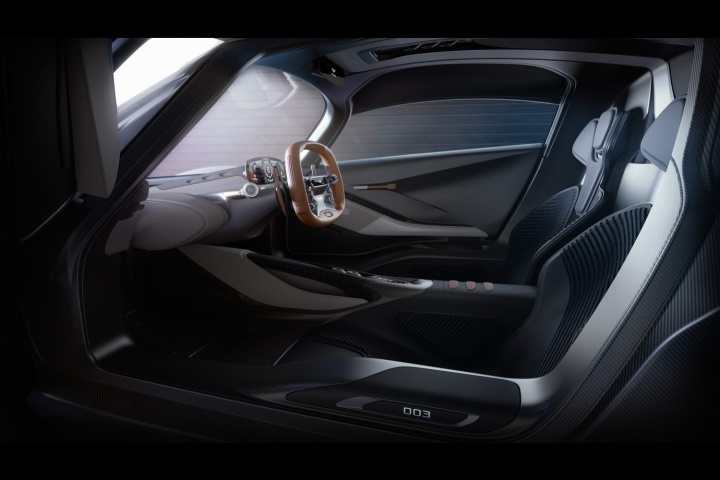 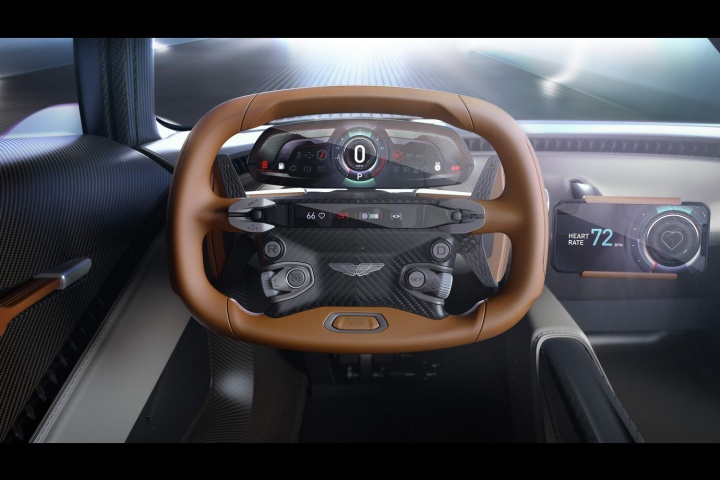 Tie-up with Red Bull F1 sees Aston create a successor to the Valkyrie.

This is the third mid-engined hypercar in Aston Martin's exciting series of vehicles that already has the Valkyrie and Valkyrie AMR Pro among its number, and it's called the AM-RB 003. It has been revealed at the 2019 Geneva Motor Show.

Part of the close tie-up between Aston Martin and the Red Bull Advanced Technologies (F1) team, the AM-RB 003 nomenclature follows the codes for the Valkyrie (AM-RB 001) and AMR Pro (AM-RB 002), and so it is likely that it will gain its own nameplate in the coming months.

With its looks, concepts and technologies taken from both the Valkyrie and the F1 programme, Aston is nevertheless keen to state that the AM-RB 003 will be 'its own car'. Just 500 examples of this mid-engined coupe will be built, with power coming from a hybrid system using a turbocharged V6 engine that will be an in-house Aston development, rather than anything that has come courtesy of AMG.

The AM-RB 003 has a pronounced front end and a huge rear diffuser, with its underfloor providing most of the downforce. But it also uses next-generation aircraft morphing technology, which allows the vehicle to create a 'variable airfoil' across the entirety of its rear wing. It does this via a trademarked material called FlexFoil, developed by FlexSys Inc, which has been validated by NASA through extensive performance and acoustic flight testing. Aston Martin will be the first company to implement this technology in the automotive industry, on the AM-RB 003.

Due to the aerodynamic demands placed on it by its development team, the AM-RB 003 necessarily has a shape that's similar to that of the Valkyrie, but new light clusters fore and aft aim to distance the 003 from its forebear. Indeed, all four clusters on the AM-RB 003 bundled together weigh less than a single headlamp on the Aston Martin DB11.

Another key difference between 'AM-RB 001' and AM-RB 003 is the size of the cockpit, as Aston wants the newest model to be more usable and comfortable than the Valkyrie. Therefore, AM-RB 003 has LMP1-style doors, which open forwards and take a section of the roof with them, allowing for easier and more graceful ingress and egress. The centre console is wider, to create more space between the driver and passenger, while the luggage space is comprised of a 'terrace' behind the seats. Further stowage areas for oddments, like wallets or smartphones, will be dotted about the AM-RB 003's cabin. And for the driver, there's Apex Ergonomics - Aston's belief that the driver's back, steering wheel and pedals should be perfectly aligned down their centre lines, while other switchgear should support this experience.

To that end, the display screen is mounted on the steering column, so that information is always visible and not blocked by the rim of the steering wheel, while infotainment will be provided on a 'bring your own' basis - which is to say, smartphone-compatible. A wraparound band that sits just below the curved windscreen can provide audio, ventilation and ambient lighting, making for a de-cluttered look in the interior. Aston will use the 3D printing process to create components and shave mass out of the AM-RB 003, an example being the 3D-printed centre console of the show car - it's 50 per cent lighter than it would be if made from conventional materials and processes.

Full technical details of the AM-RB 003 will be forthcoming as the development programme progresses, but aside from the V6 hybrid drivetrain, we know a few other details. For instance, the AM-RB 003 uses a 'Nexcel' sealed oil system, which means oil changes can be completed in as little as 90 seconds, while it's possible to refine and reuse engine oil that has already been used in the car. The main structure of the vehicle is carbon fibre, making it light and tough, and the shaping of its carbon bodywork means the 003 should have 'outstanding levels of downforce in a road-legal car' according to Aston.

At the reveal of the car in Geneva, Miles Nurnberger, Aston Martin's director of design, said: "We were quite deliberate in AM-RB 003 to not disguise its lineage, but we were equally emphatic that it would be a distillation of Aston Martin Valkyrie and not a dilution. The design isn't as extreme in some areas, but it pushes just as hard in others, and is even taking certain ideas and concepts a step further. That's a natural function of design evolution, but also testament to just how great an influence working with Red Bull Advanced Technologies on Aston Martin Valkyrie has had on our approach to everything that's come since."

Andy Palmer, Aston Martin Lagonda's president and group CEO, added: "When Aston Martin secured the services of Red Bull Advanced Technologies to embark on the extraordinary journey that became Aston Martin Valkyrie and Aston Martin Valkyrie AMR Pro, it was always my hope that it would lead to a long-term collaboration. As these projects enter an incredibly exciting phase with the commissioning of the first running development prototypes, it gives me tremendous satisfaction to confirm that this exceptional partnership is continuing with the AM-RB 003 - a hypercar that not only draws from the ethos and DNA of Aston Martin Valkyrie, but will in turn influence Aston Martin's first series production mid-engined supercar."