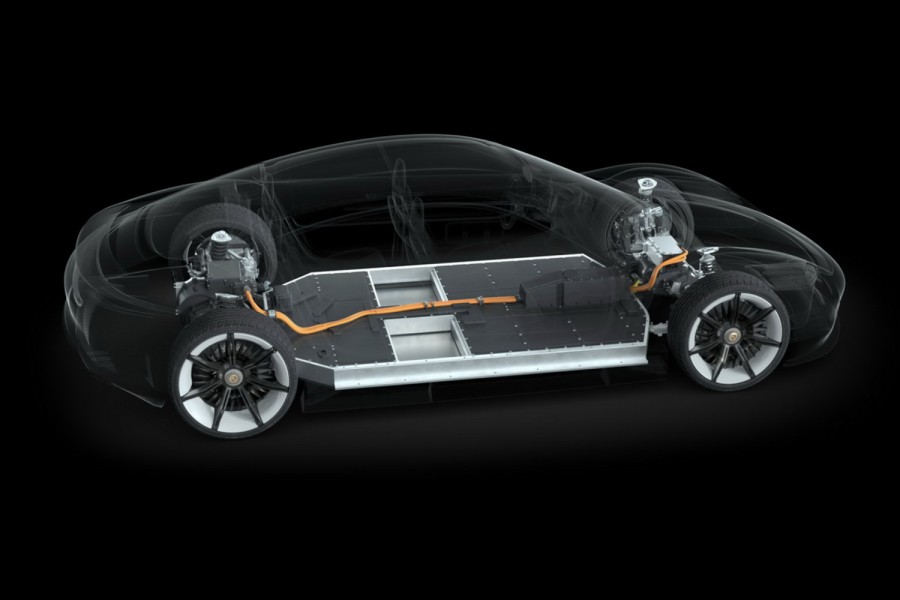 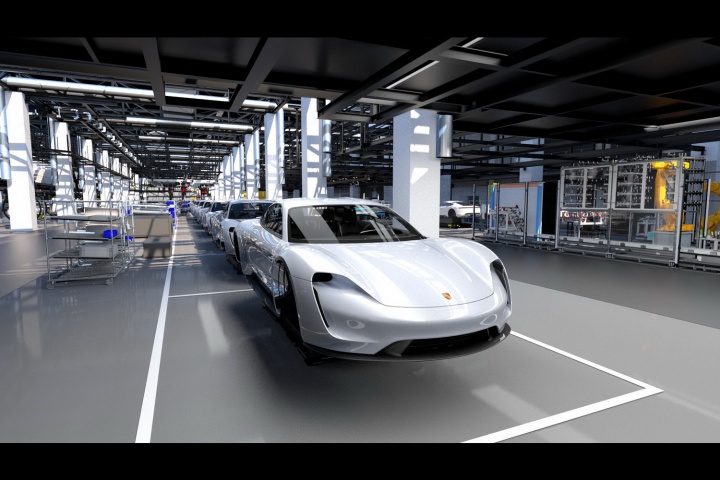 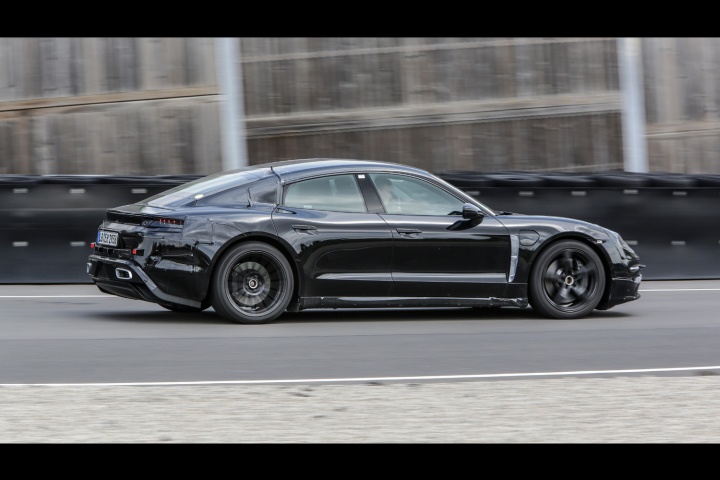 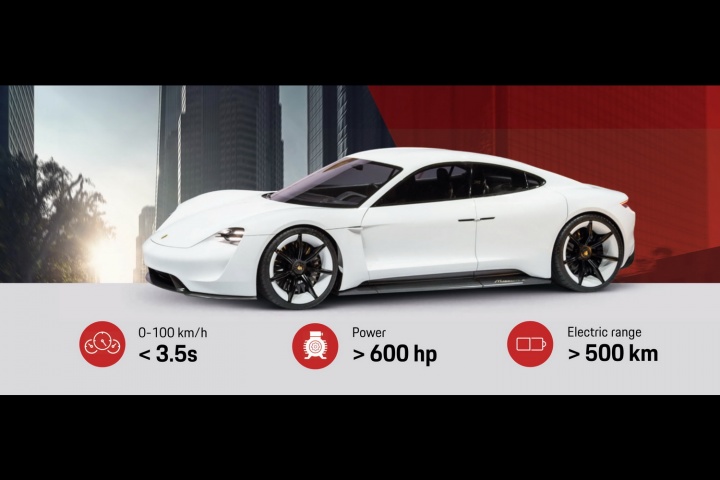 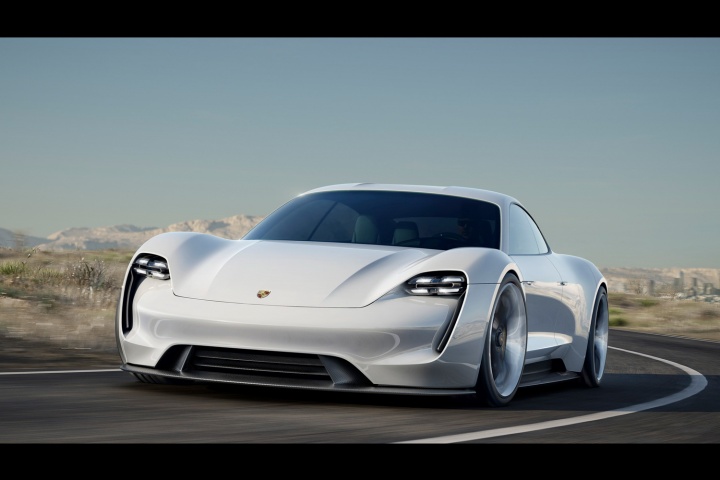 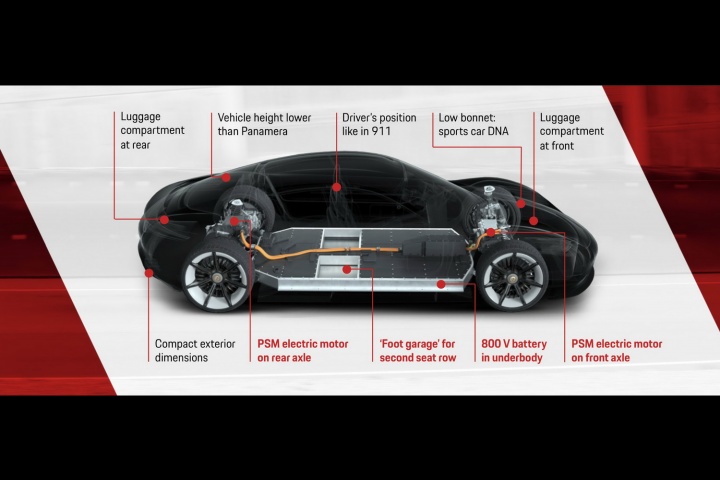 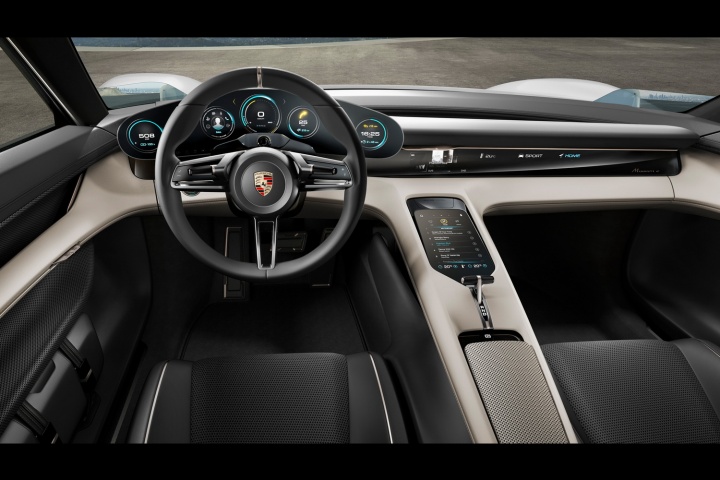 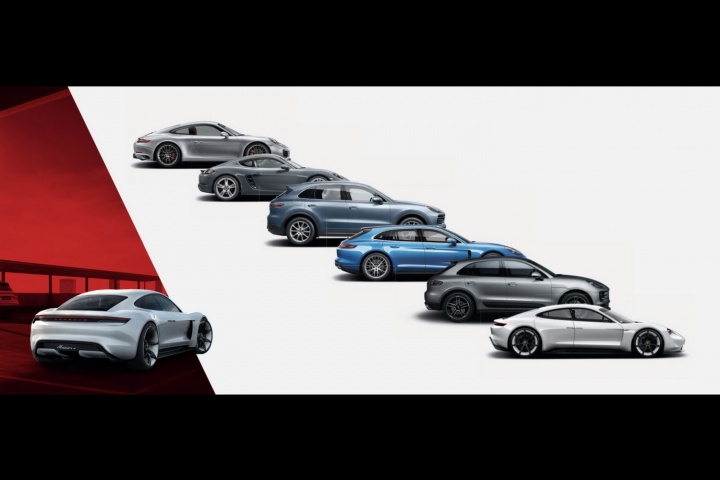 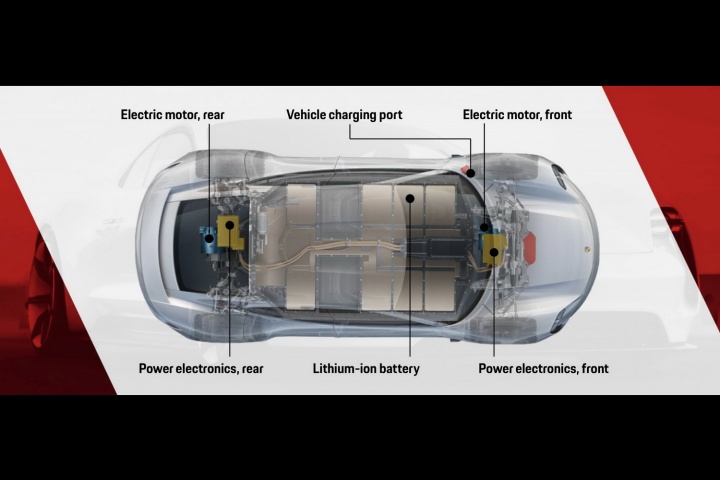 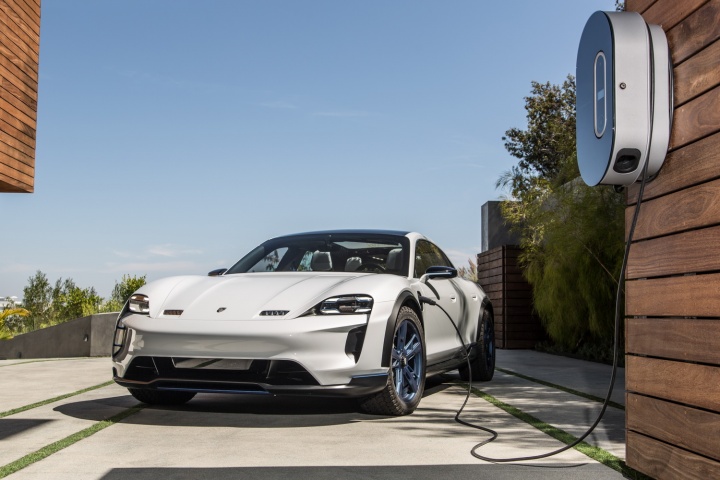 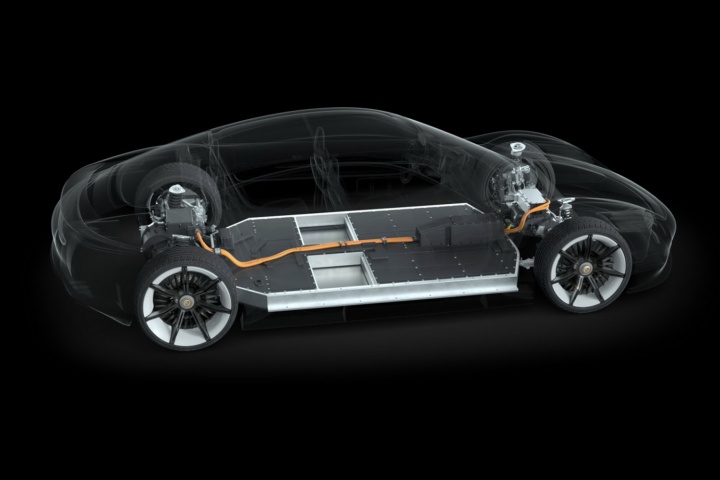 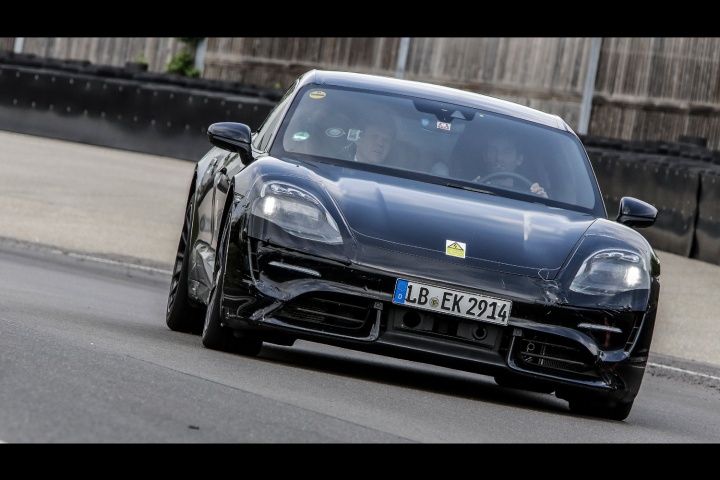 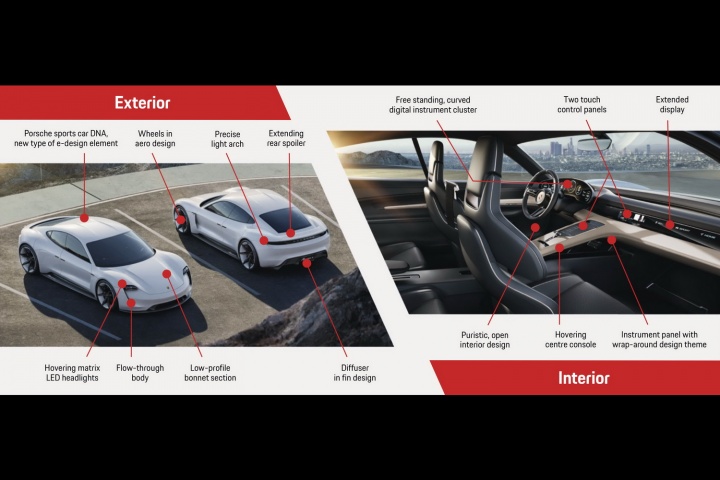 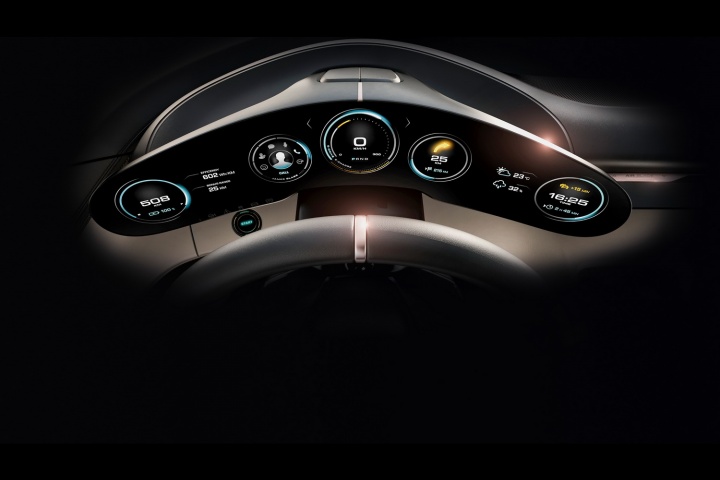 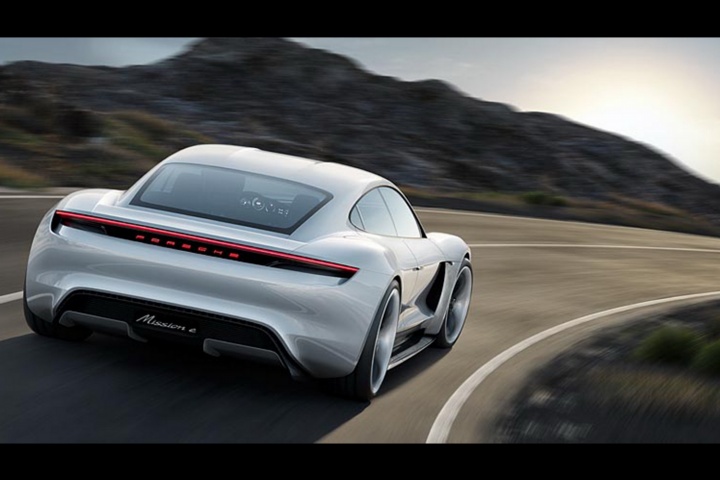 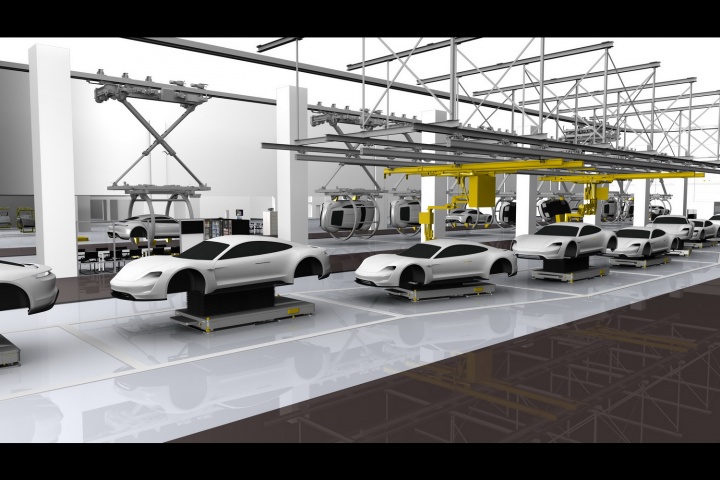 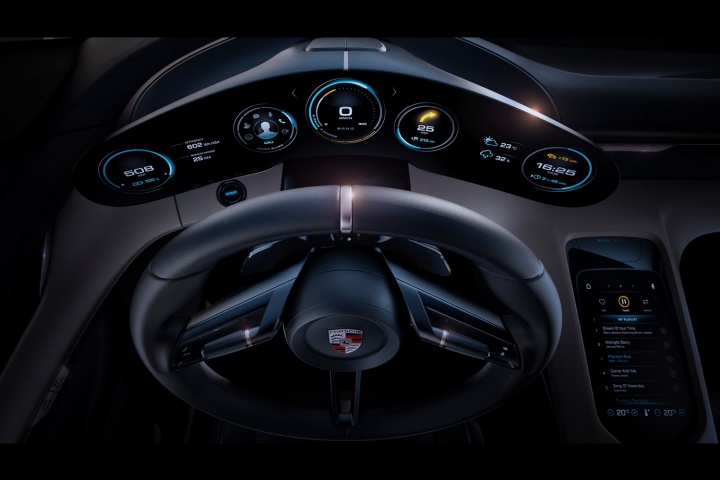 The Porsche Taycan (pronounced 'tie-can') won't hit the road until 2020, but we've had an insight into the sports car maker's first fully electric vehicle. Unlike several other brands launching flagship BEVs (battery electric vehicles), such as Audi and Mercedes-Benz, Porsche isn't following the SUV route... yet.

Our first glimpse of Porsche's electric car came at the 2015 Frankfurt Motor Show, when it revealed the spectacular Mission E concept. The good news is that the Taycan remains true to that show car as it moves into production form as CompleteCar.ie discovered during a visit to the pilot production facility in Germany, where a team of 100 engineers is assembling pre-series prototypes at a rate of two per day.

The four-door saloon design carries strong Porsche DNA in its styling and has kept many of the design details shown in the Mission E concept. It will offer luggage space at either end and seating for four people, although Porsche mentioned "four-plus-one" seating, so it may be a five-seat vehicle of sorts.

Inside, the low-slung Taycan is said to offer a driving position that is almost identical to the Porsche 911's. We got a close-up look at the design that lists among its highlights a large curved high-definition instrument display that doesn't appear to have a binnacle covering it. The drive selector takes the form of a small toggle-style switch fixed to the dashboard beside the steering wheel. A flat upright fascia stretches across the dash and includes a large touchscreen infotainment system that sits flush with the panel. The Taycan's interior appears almost devoid of physical buttons beyond those essential for driving.

A sloping centre console separates the front seats and is home to a second, larger touchscreen display. It's hollow underneath to provide additional storage, similar to that seen in the Hyundai Nexo. This screen is likely to contain controls for chassis setup, drive modes and temperature settings.

Like other electric vehicles, the high capacity battery is positioned in the floor of the chassis, maximising space and optimising the car's handling characteristics thanks to a low centre of gravity. Porsche's engineers have even designed the battery pack (which uses cells provided by LG) to have two recessed areas, to create more foot space for rear passengers.

The high capacity battery consists of 400 cells and has an energy density of 270Wh/kg. Advanced thermal management and intelligent charging software will allow for rapid charging at a rate of up to 100 kilometres of range in four minutes with 350kW chargers. Such chargers are being rolled out across Europe as part of the Ionity joint venture between other car makers that include BMW Group, Daimler, Ford and the Volkswagen Group.

A range of charging options will be available, including dedicated Porsche home charging units. Following the car's launch, Porsche is planning to introduce cable-free inductive charging. The company is also following Tesla's line by introducing a network of destination chargers at dealerships, hotels and other places that Porsche owners are likely to frequent.

One of the more interesting possibilities for the Taycan came from Lutz Meschke, Board Member for Finance and IT, who suggested that owners may be able to access upgradable features on demand through the Taycan's connected services. In addition to over-the-air updates, there is the prospect of adding more performance such as driving range and horsepower, chassis setups and other features either temporarily or permanently. This suggestion indicates that Porsche in time may offer additional model versions with software-locked batteries to make lower power models available without the need to build different batteries.

Keen to avoid the negative press that Tesla has received for its manufacturing operations, Porsche appears to be putting significant effort into optimising Taycan production. A new purpose-built facility will have an output of between 20,000 and 25,000 units per year using two shifts with scope to ramp up for increased demand.

"We will be able to ship significant numbers in the coming years. We are capable of ramping up our production capacity substantially if demand exceeds expectations, we will be able to react accordingly," said Meschke. He went on to confirm that Porsche has already received over 10,000 orders for the Taycan, despite the finished production version still up to one year away from being shown. It is likely that the car will make its public debut at the 2019 Frankfurt Motor Show, four years on from the reveal of the Mission E Concept, and in time for the planned 2020 rollout.

The push to electrify the Porsche range won't stop with the Taycan. Suggestions from Stuttgart indicate that the Mission E Cross Turismo concept is likely to be given the production green light in the near future, too. Senior management has also said that a fully electric SUV will be launched by 2022 at the latest. The new generation of Porsche 911 is also prepared for hybridisation, although the car will not feature this technology at launch.