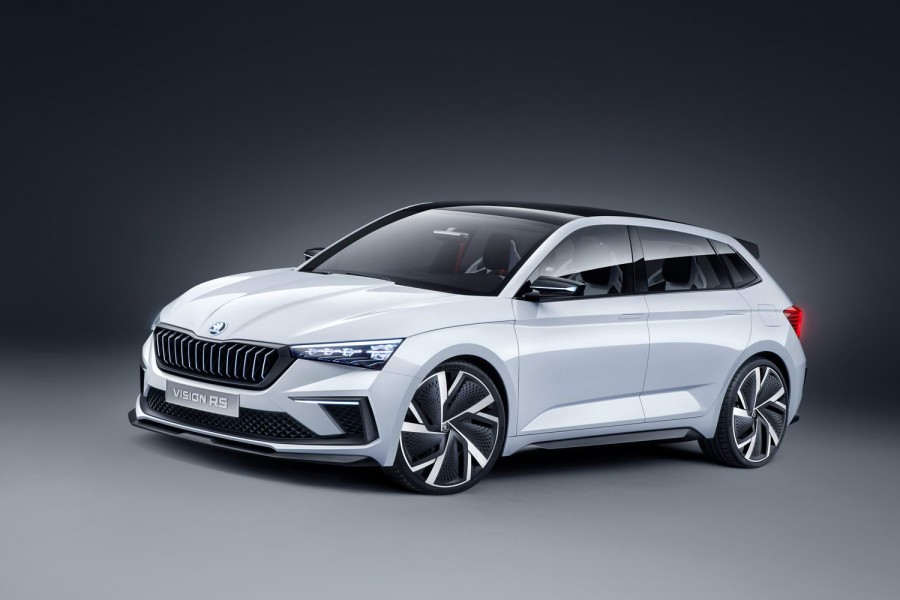 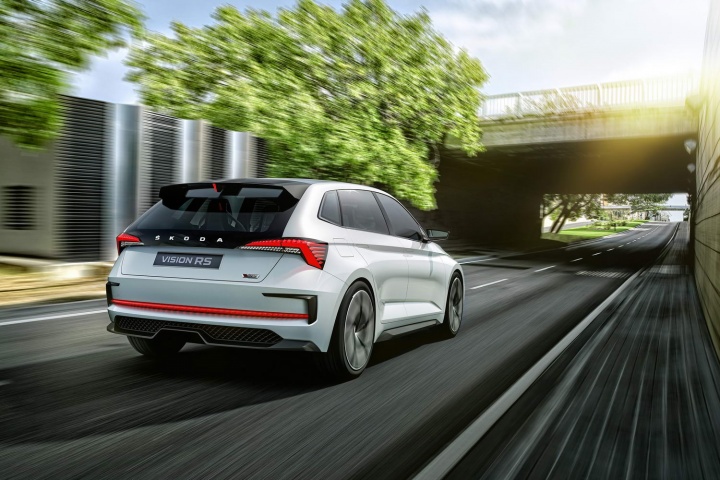 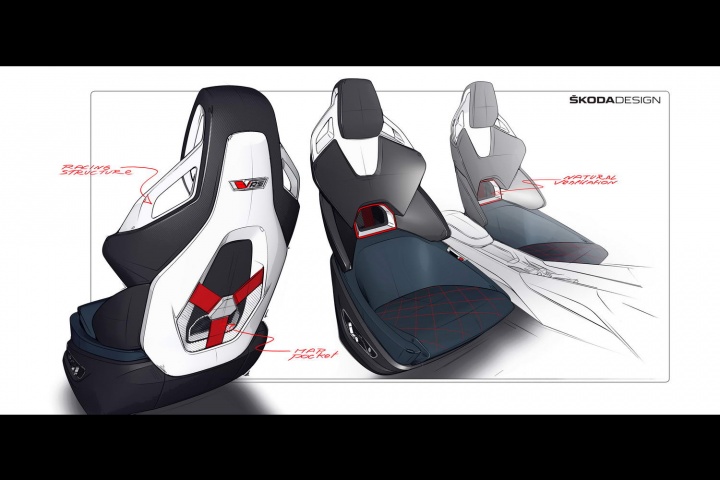 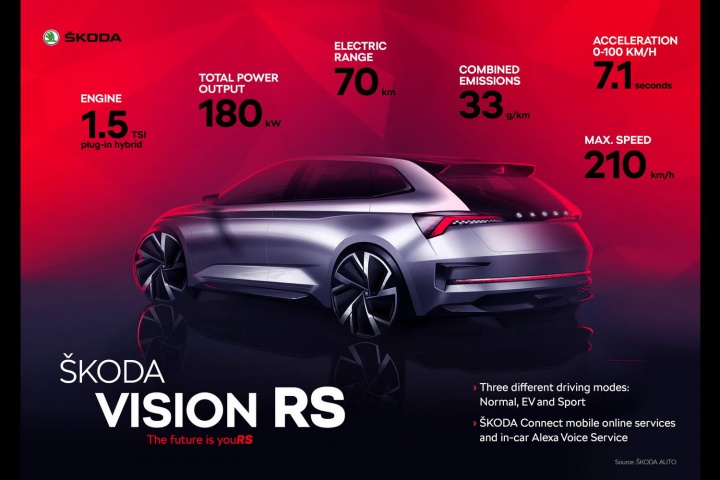 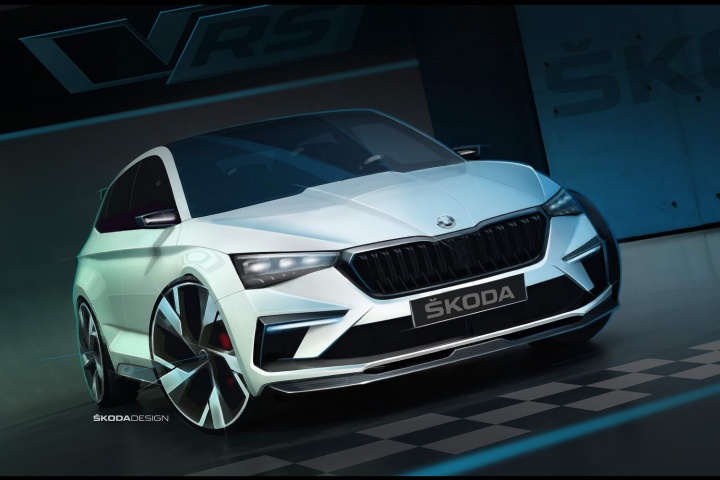 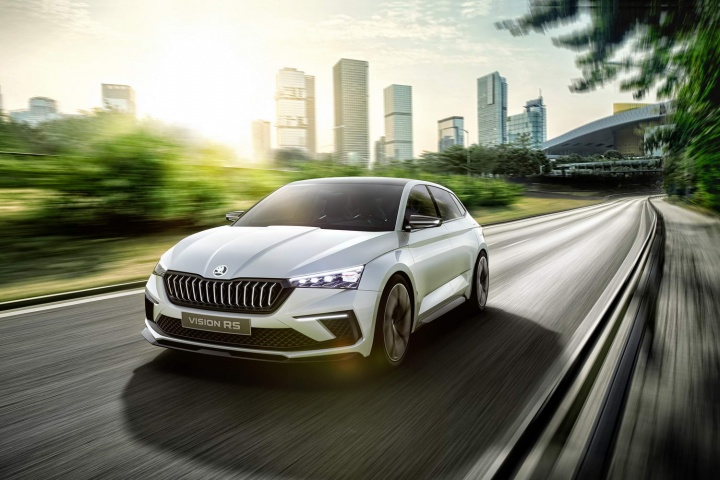 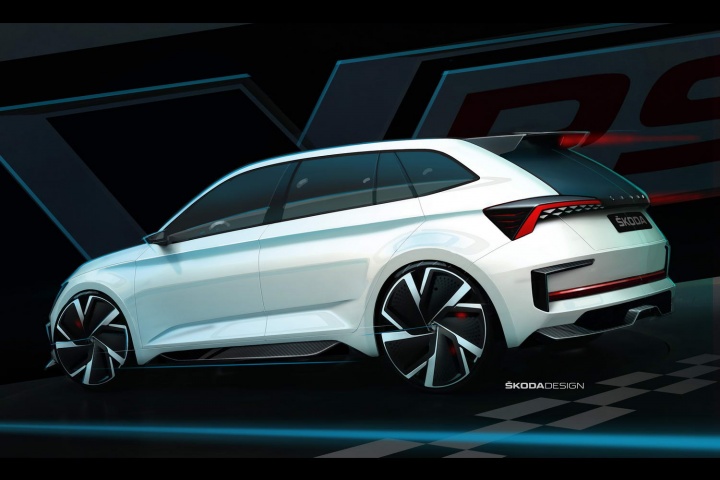 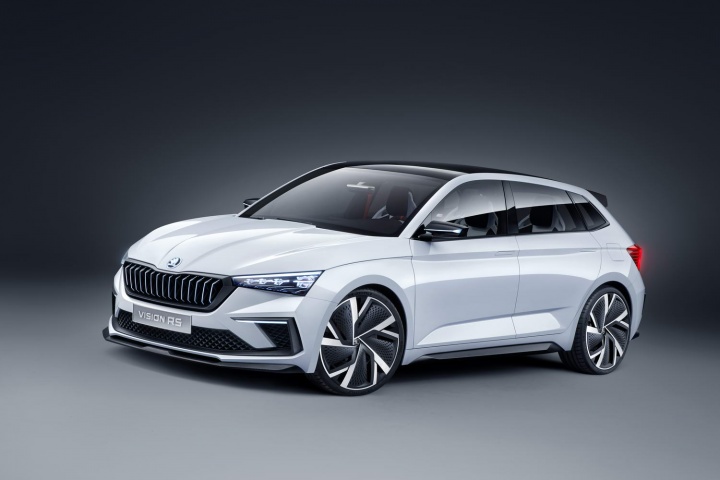 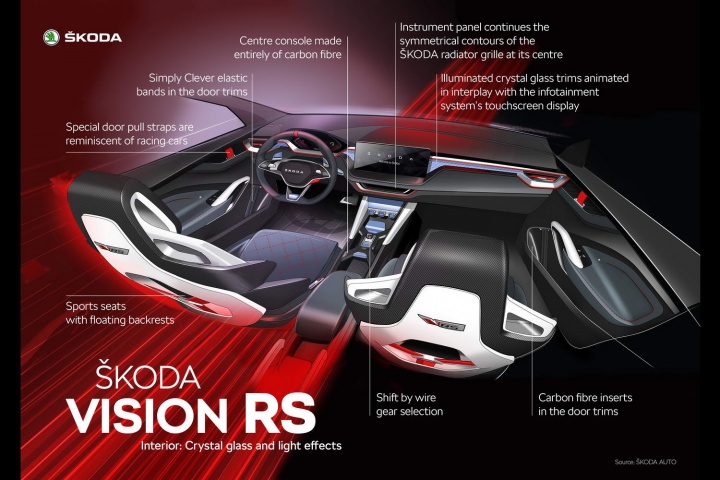 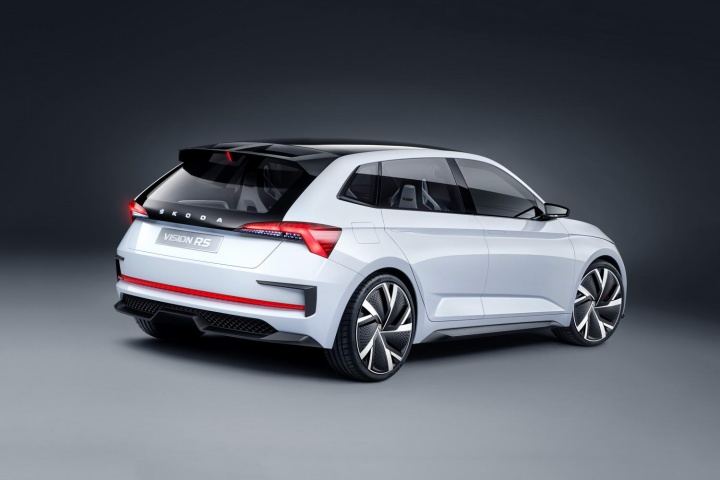 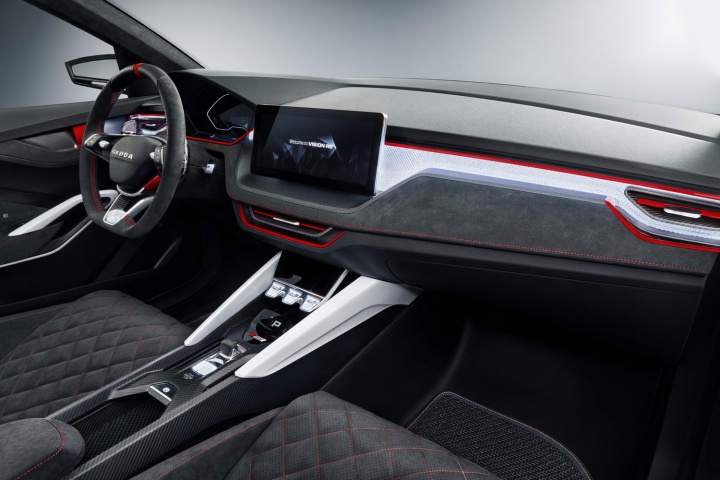 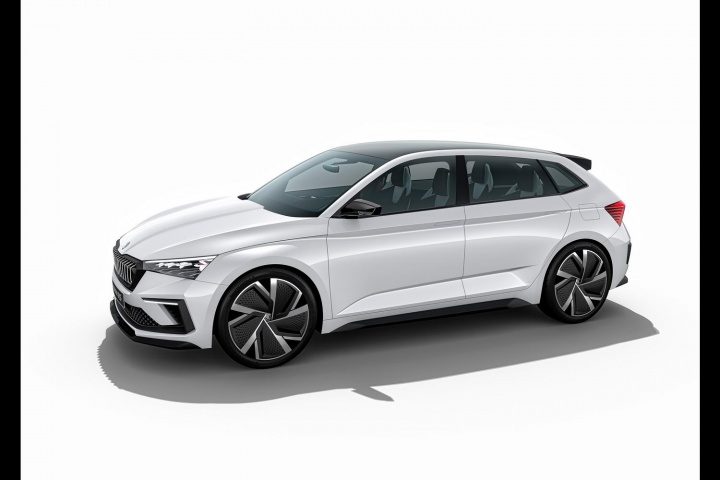 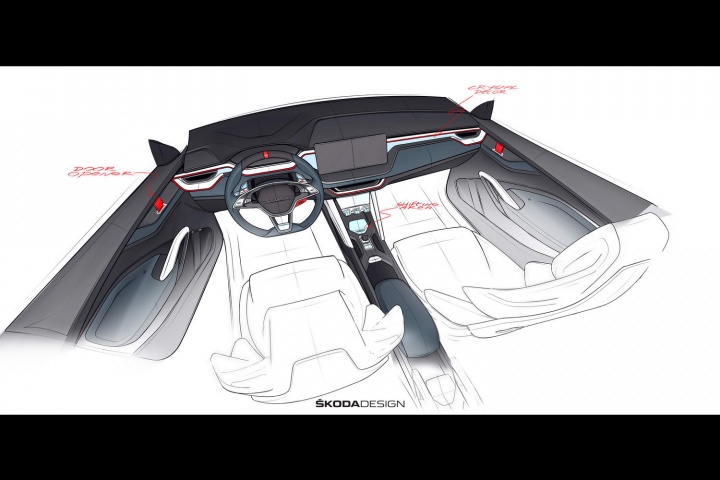 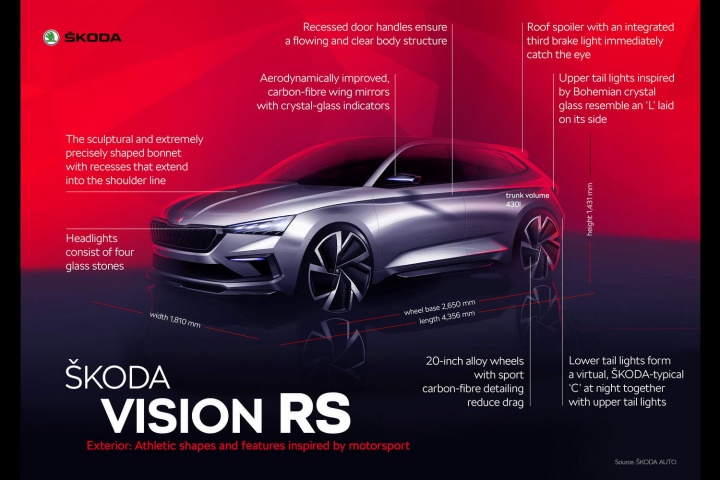 This is the Skoda Vision RS, revealed in full at the Paris Motor Show after weeks of teasing, and it's a preview of how the next-generation Rapid will look; namely, more upmarket than its predecessor.

The Paris show car is powered by a 1.5-litre TSI unit, delivering 150hp, augmented by a 75kW electric motor (102hp) that combines with the petrol engine to give an overall output of 245hp. In a C-segment-sized hatchback, that means a 0-100km/h time of 7.1 seconds and an 80-120km/h time of 8.9 seconds, figures potent enough that Skoda will launch this plug-in hybrid electric vehicle (PHEV) with its racy 'RS' badging.

Of course, the whole point of making the Vision RS a PHEV is to provide some eco-stats that outshine the performance data, and so Skoda's concept car emits just 33g/km of CO2 and can go 70km on electric power alone. It achieves this thanks to a 13kWh lithium-ion battery, which can be charged by cable in 2.5 hours at a public charging station.

The show car, previewing a new Rapid that aims to be able to stand tall with its distant stablemate, the Volkswagen Golf, is finished in xirallic crystal sparkle-effect white paint, which gives the Vision RS a slightly blue hue. Organic components in the paint reflect heat, reducing the interior temperature of the car. The white finish is contrasted by numerous carbon-black elements, while the Vision RS has a sporty front grille and a mean-looking rear to emphasise its performance credentials.

Skoda says the production Rapid will be based on the 'MQB A0' platform, used widely in the Volkswagen Group, and that the PHEV RS will make production. Other engines used in the Rapid - which, at 4,356mm long, is 50mm bigger than its predecessor - will like include 1.0- and 1.5-litre TSI petrol units. Boot space has increased 25 litres on the old Rapid Spaceback, to a peak of 440 litres, and the slow-selling Liftback model of Rapid will be dropped for the new generation.

Interestingly, the wholesome ethos of the Skoda concept car is not just linked to its PHEV drivetrain, but also its interior - as it uses vegan and sustainable materials to make the cabin a green (in ideology, not necessarily colour) place to sit. A carbon textile made from 100 per cent recycled polyester is used for the upper part of the floating Alcantara seats, for instance, which bear the Czech national flag in their side bolsters. The floor mats are made of Pinatex, a textile that is made by extracting fibres from the leaves of a pineapple tree.