SEAT to invest billions in electric car and battery production 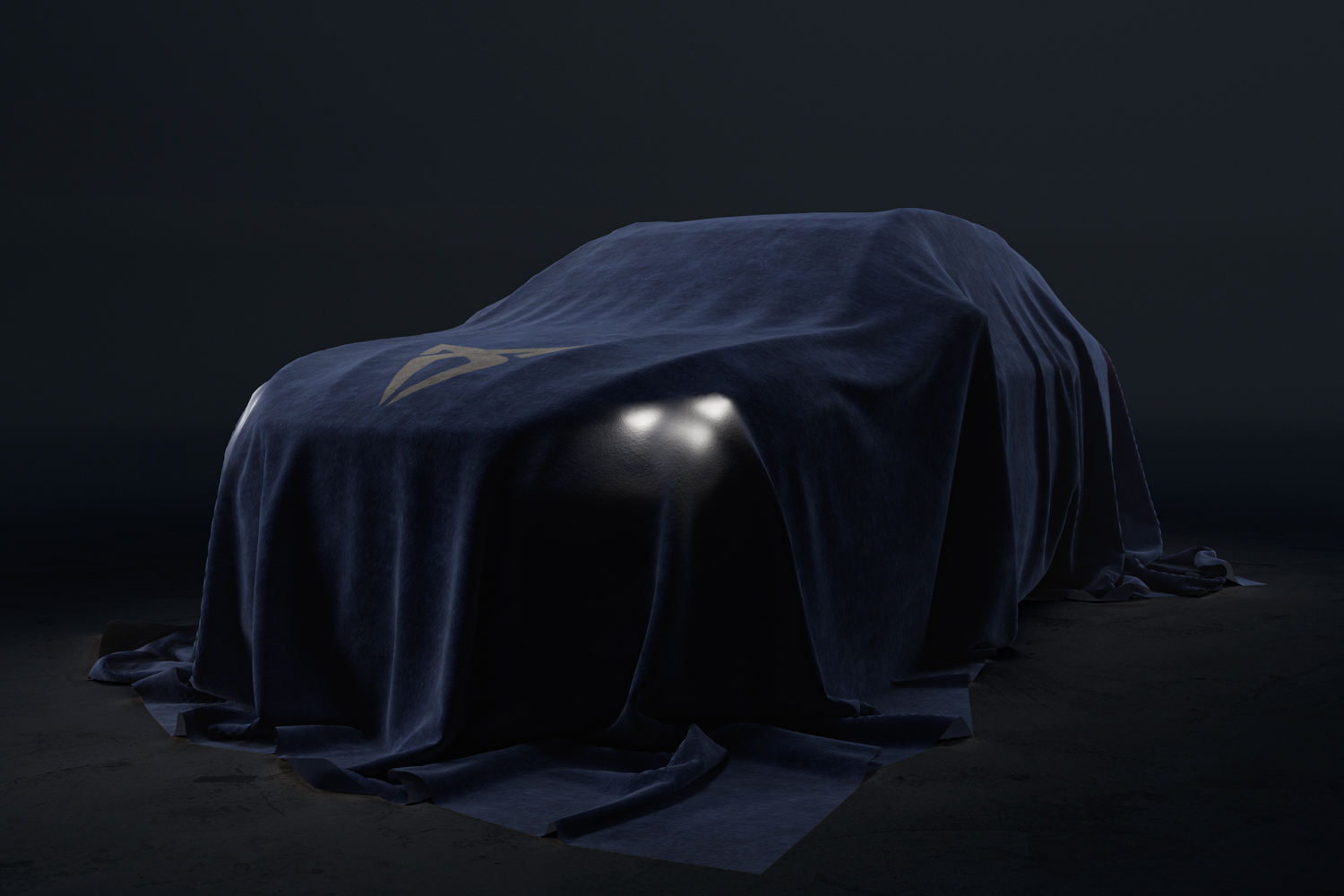 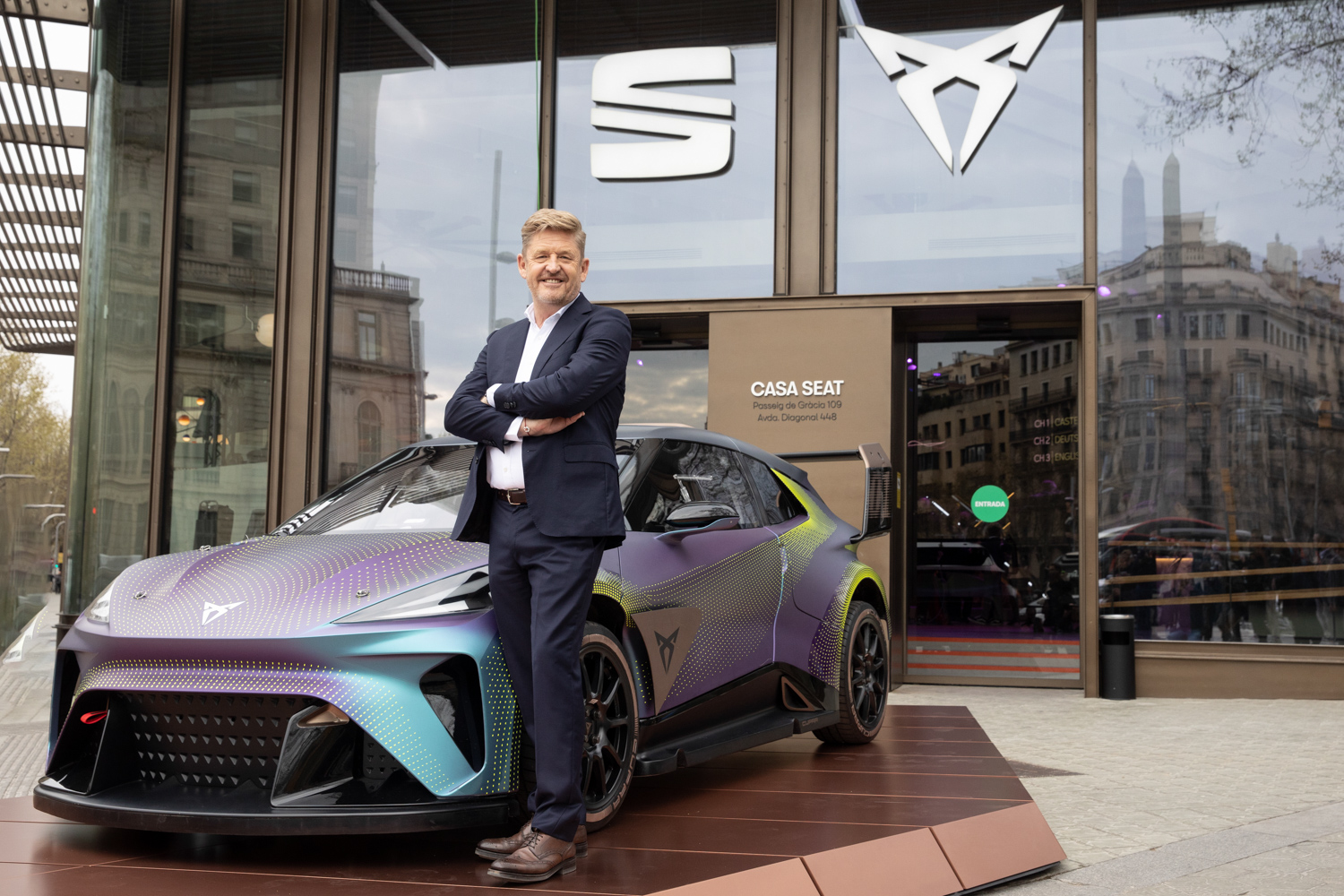 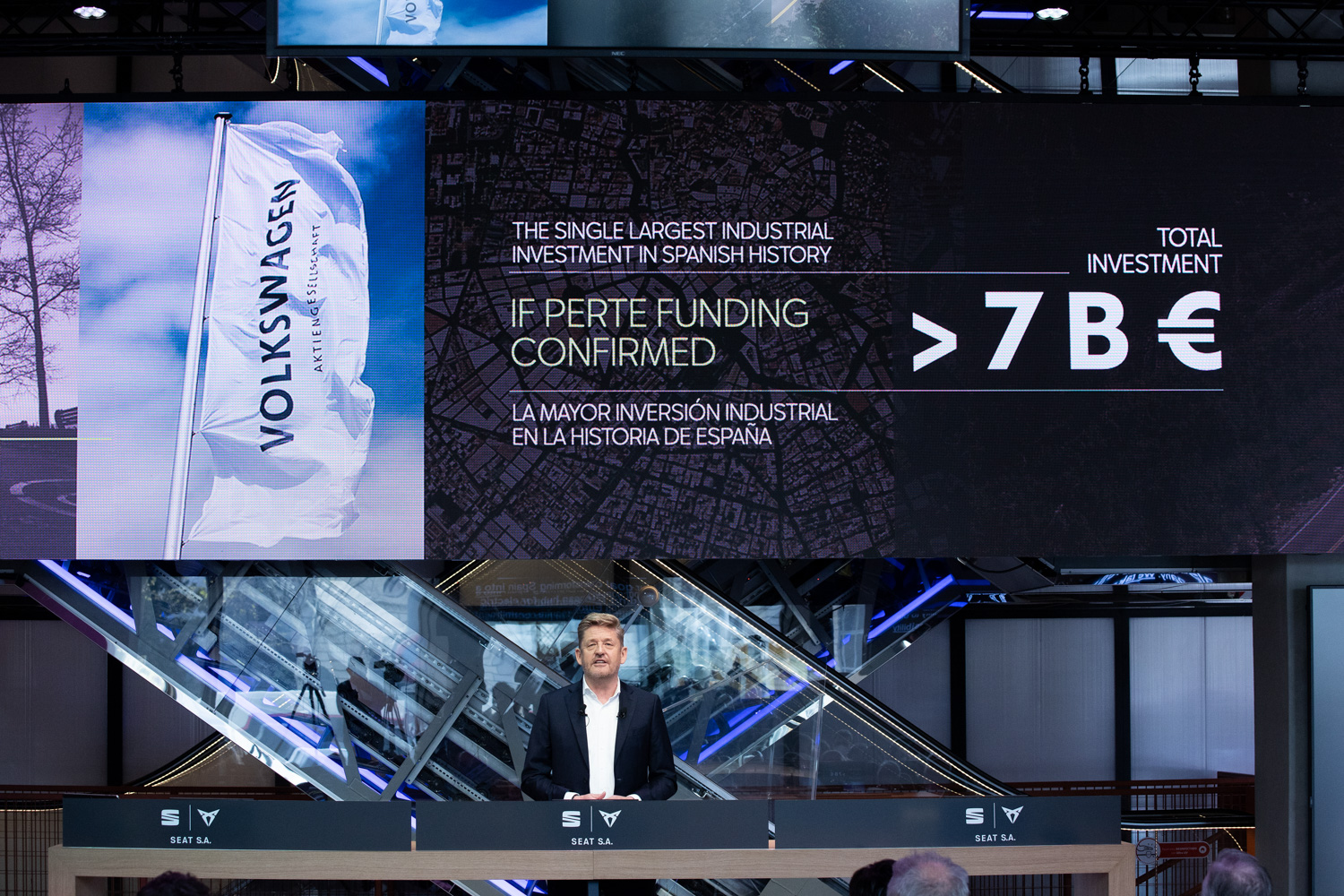 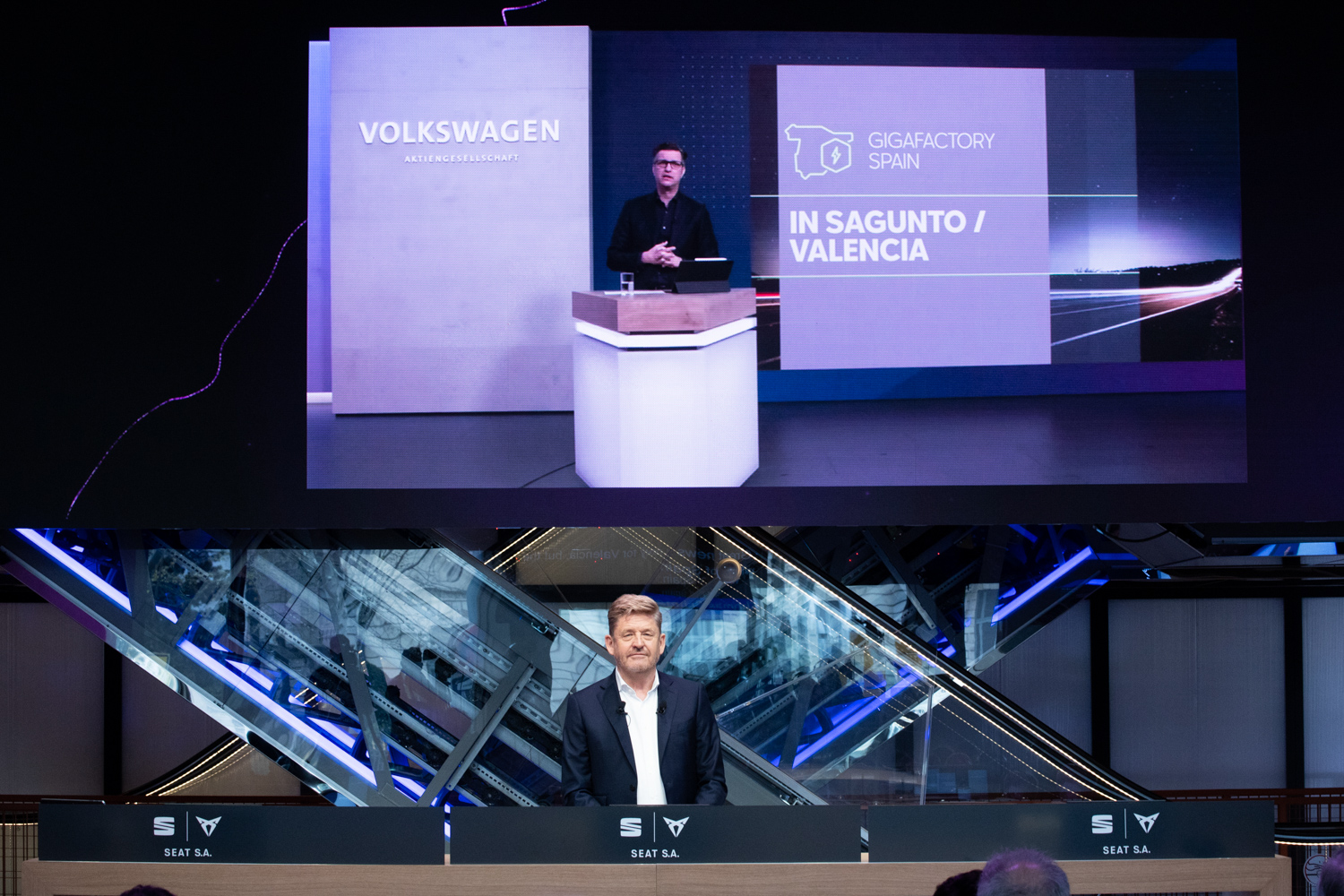 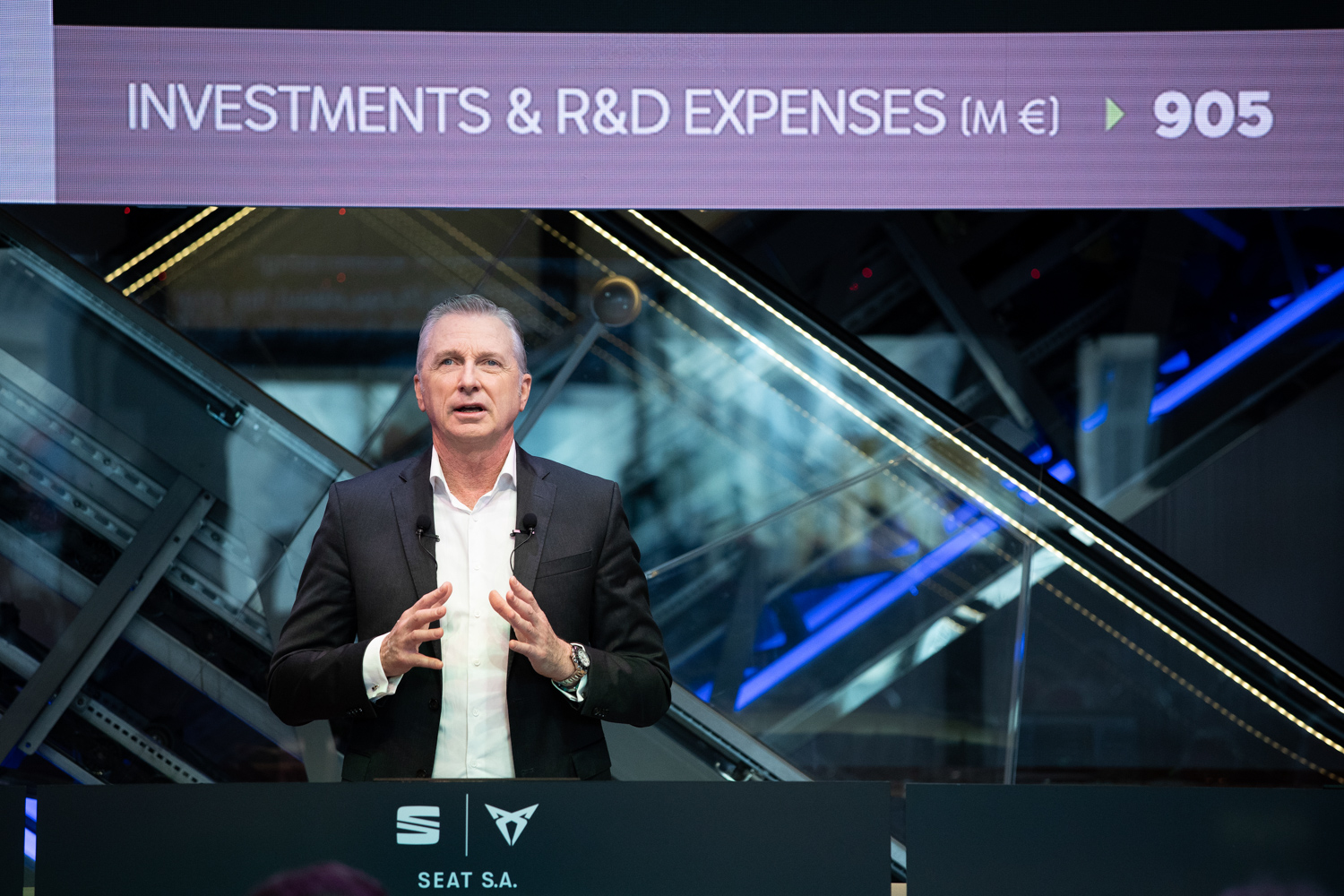 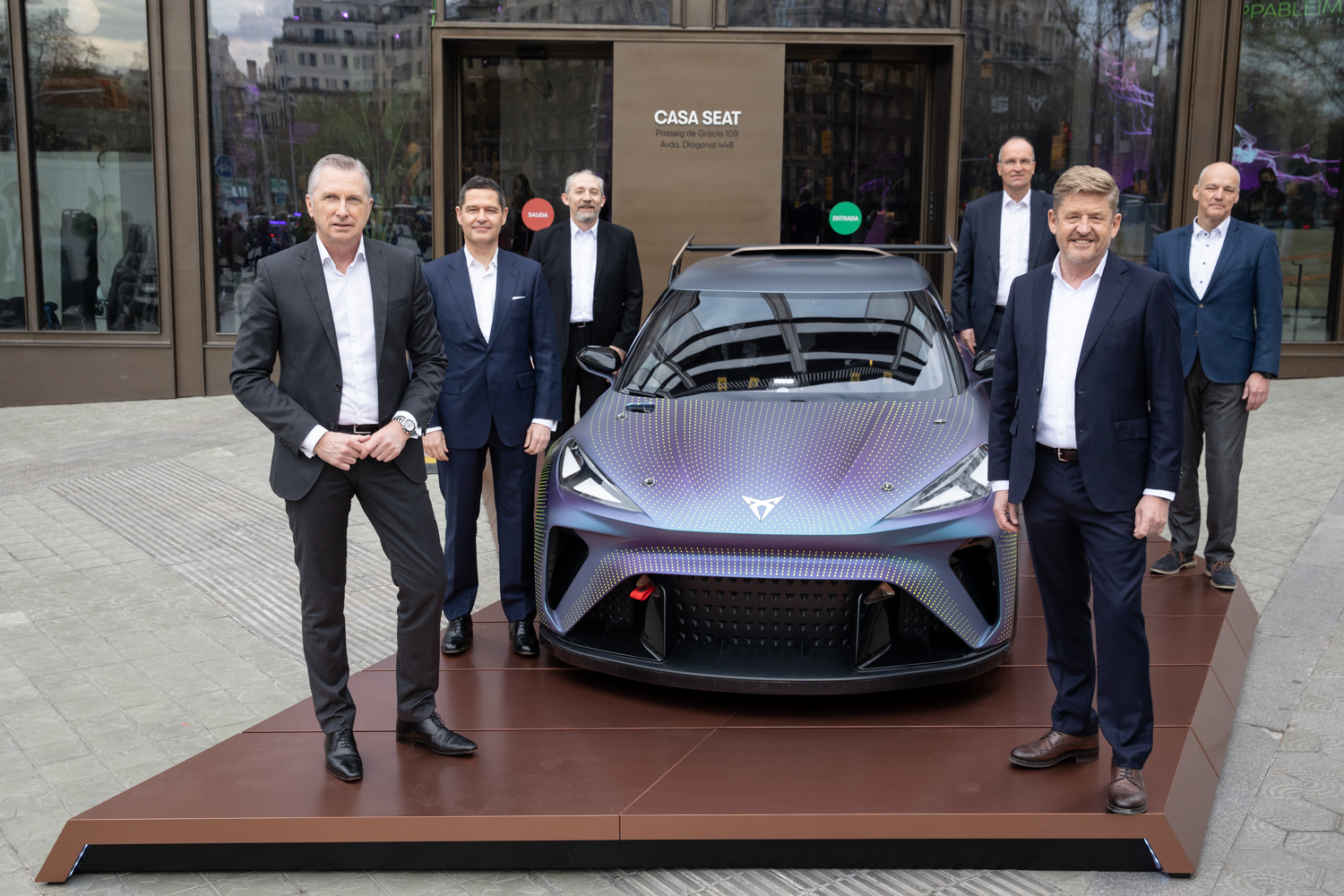 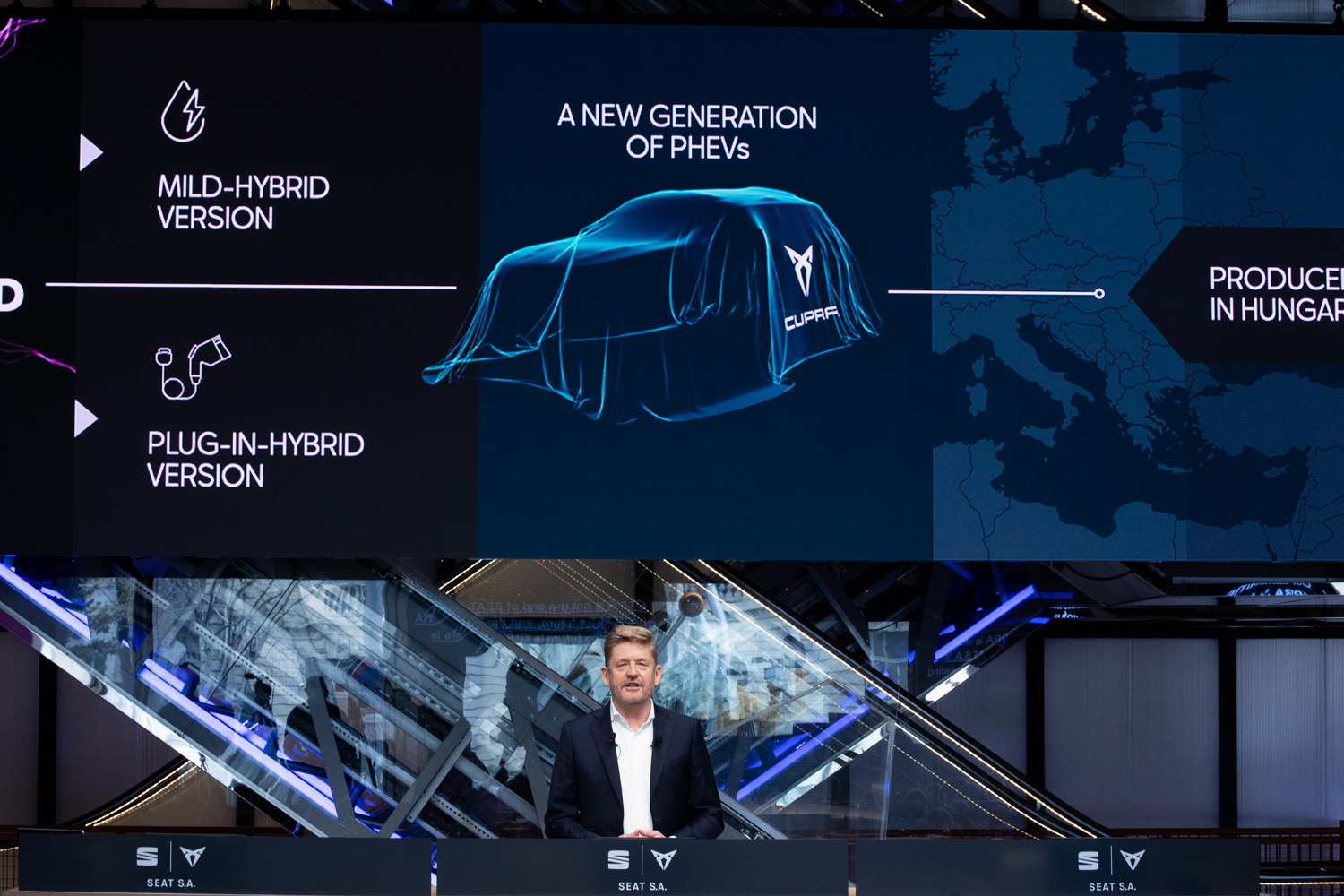 SEAT has just announced a €7 billion investment in battery and electric car production in Spain. A big chunk of the investment will go towards a battery 'gigafactory' in Sagunto, near Valencia. That factory will churn out 40 gigawatt-hours worth of batteries each year, from 2026, and will be Volkswagen Group's second - out of a total of seven - such massive battery plants. More than 3,000 people will eventually be employed by the gigafactory.

As part of the investment, SEAT's 'home' factory at Martorell, just outside Barcelona will be upgraded for the production of more electric models, as will the VW plant in Pamplona, which currently builds the Polo, T-Cross, and Taigo.

"This project is highly important - for Volkswagen, for Spain, and for the whole of Europe. It's our ambition to electrify Spain and we are willing to invest more than €7 billion together with external suppliers for the electrification of our Martorell and Pamplona plants and the localisation of the electric battery production value chain in Valencia", said Thomas Schmall, member of the Volkswagen AG Board of Management responsible for Technology and chairman of the SEAT Board of Directors. "In Valencia, we will build up nothing less than next-generation cell production: A standardised factory, producing Volkswagen's cutting-edge unified cell and supplied with renewable energy, enabling a sustainable battery production. And it will create a strong pulling effect in the whole battery value chain in Spain and beyond."

That unified cell battery design is critical to the Volkswagen Group's future plans - not only will it mean more energy-efficient batteries, but it's a cornerstone of the Project Trinity idea to eventually build all of the Group's vehicles from one, common electric platform and battery.

SEAT is dubbing its electric vehicles plan the 'Future: Fast Forward' plan, and it and Volkswagen want to use Spain as the lynchpin of a European electric vehicles hub, creating closer integration between battery and vehicle production.

Wayne Griffiths, President of SEAT, said: "Future: Fast Forward has the potential to transform the Spanish automotive industry and democratise electric mobility across Europe. The more than 7 billion euros Volkswagen Group and SEAT would mobilise for Future: Fast Forward would represent the largest industrial investment in Spanish history."

As part of the plan, SEAT will be creating more models for its spin-off Cupra brand. Cupra has been quite the success over the past couple of years, shifting 80,000 cars in 2021 - triple its previous volume. The brand doubled its turnover, too, outperforming its SEAT parent brand, which saw its own sales volumes slip a little last year, largely due to the micro-chip shortage. Cupra has plans to double its sales again in 2022.

Cupra will introduce its third unique model later this year - alongside the electric Born, and the Formentor crossover (the Ateca SUV and Leon hatch and estate are shared with SEAT, of course) - which will be a plug-in hybrid crossover with an electric range of more than 100km on a full charge. It will go on sale in 2024, alongside the electric-only Cupra Tavascan SUV, and a compact 'urban electric vehicle' based on the Urban Rebel concept. "The future sustainability of our company is the growth of Cupra. We see our new brand Cupra as the lever to improve profitability and we must put all our efforts behind its growth," Griffiths said.

Financially, SEAT had a rocky year - while its sales volumes fell by two per cent last year, it slumped to a loss of €256 million, although turnover did increase and profit-per-car was up by €480 per vehicle. Combine the sales of both SEAT and Cupra models, and total production figures actually rose by almost 50,000 units to 471,000. "Despite the negative environment and losses, we continued on our aggressive investment path and invested more than €900 million in R&D and investment expenditures in 2021, a seven per cent increase vs 2020. This shows our strong and ongoing commitment to bring future products to the market. In addition, we continued to make significant investments in building the Cupra brand," said David Powels, Vice-President for Finance and IT at SEAT.