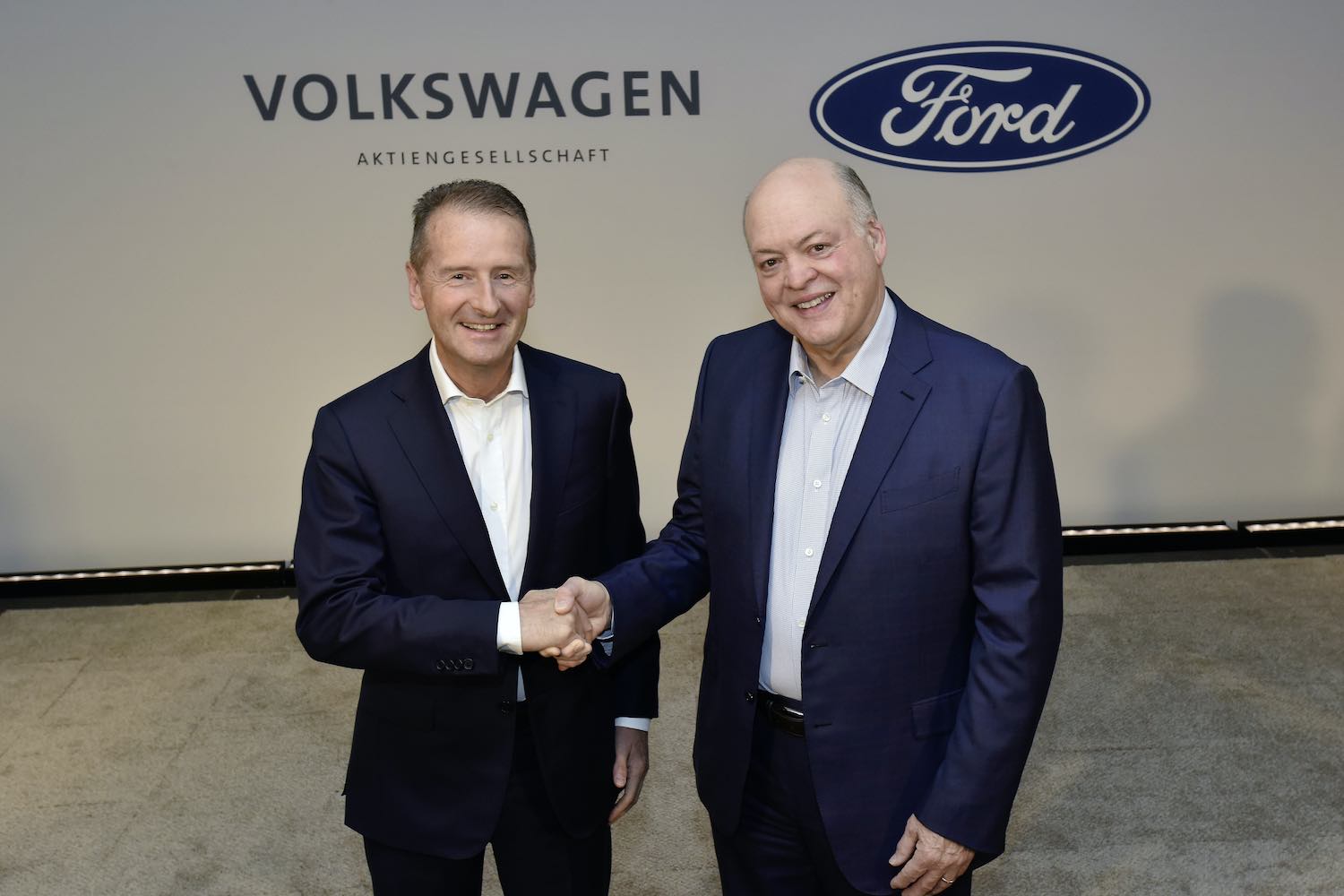 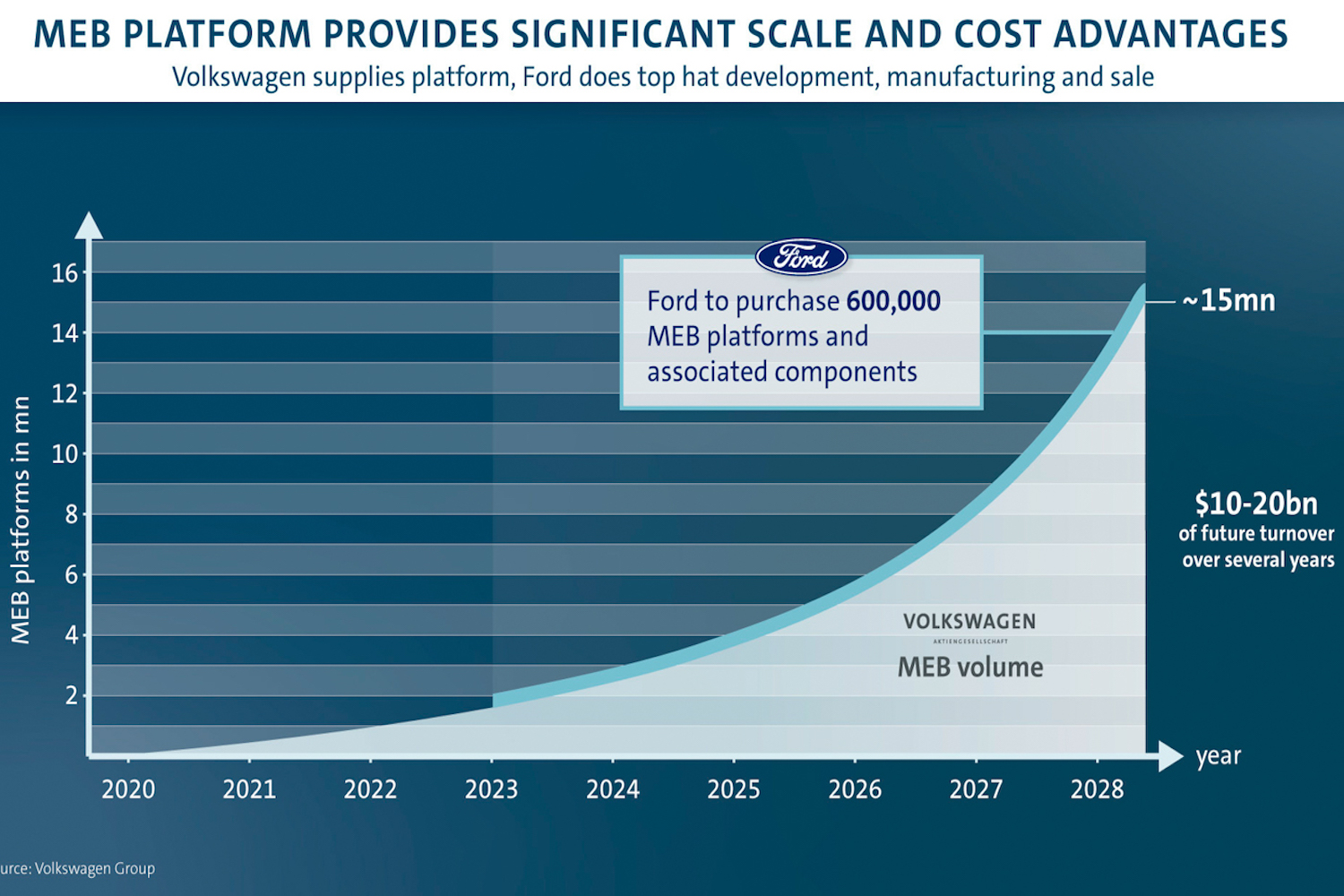 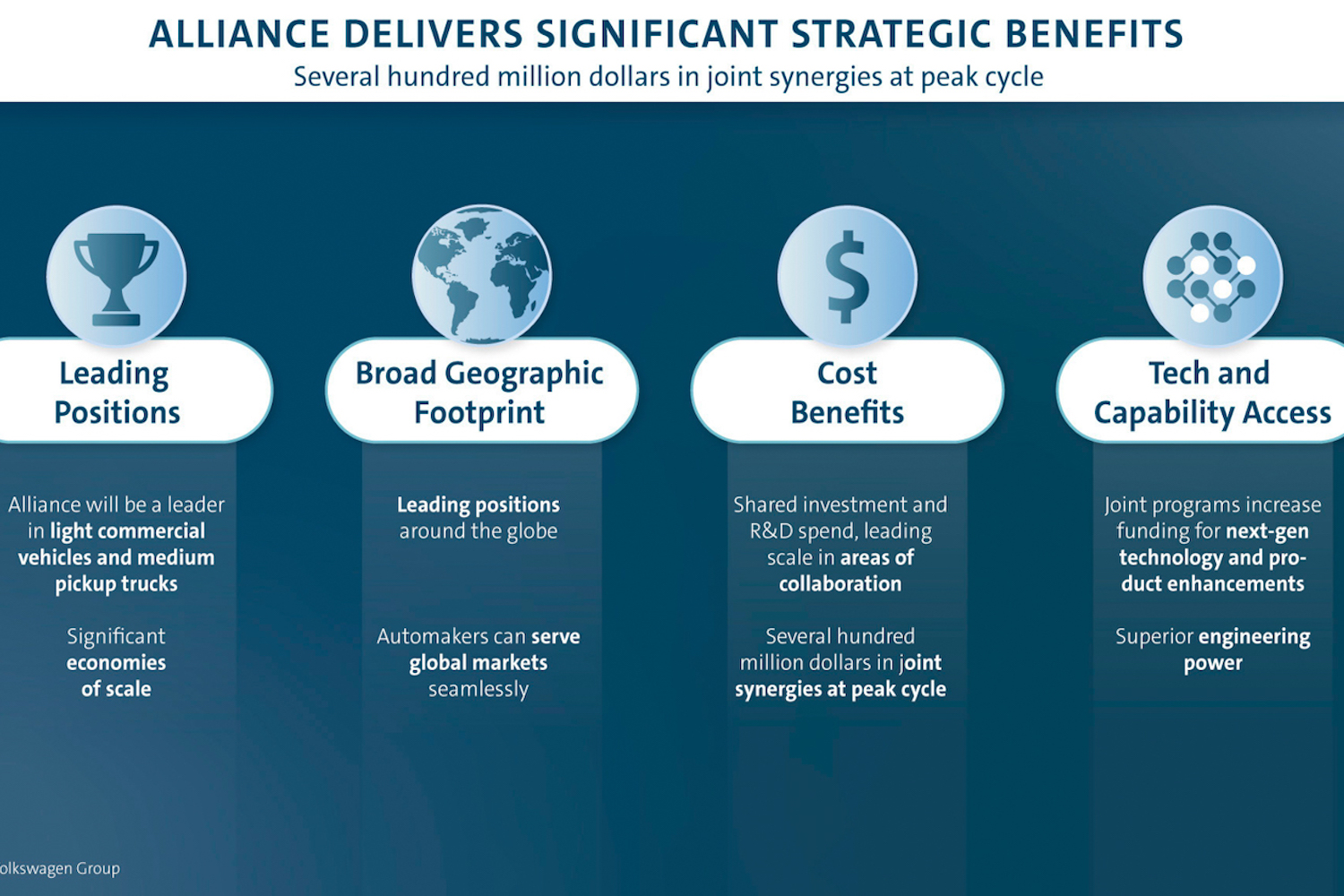 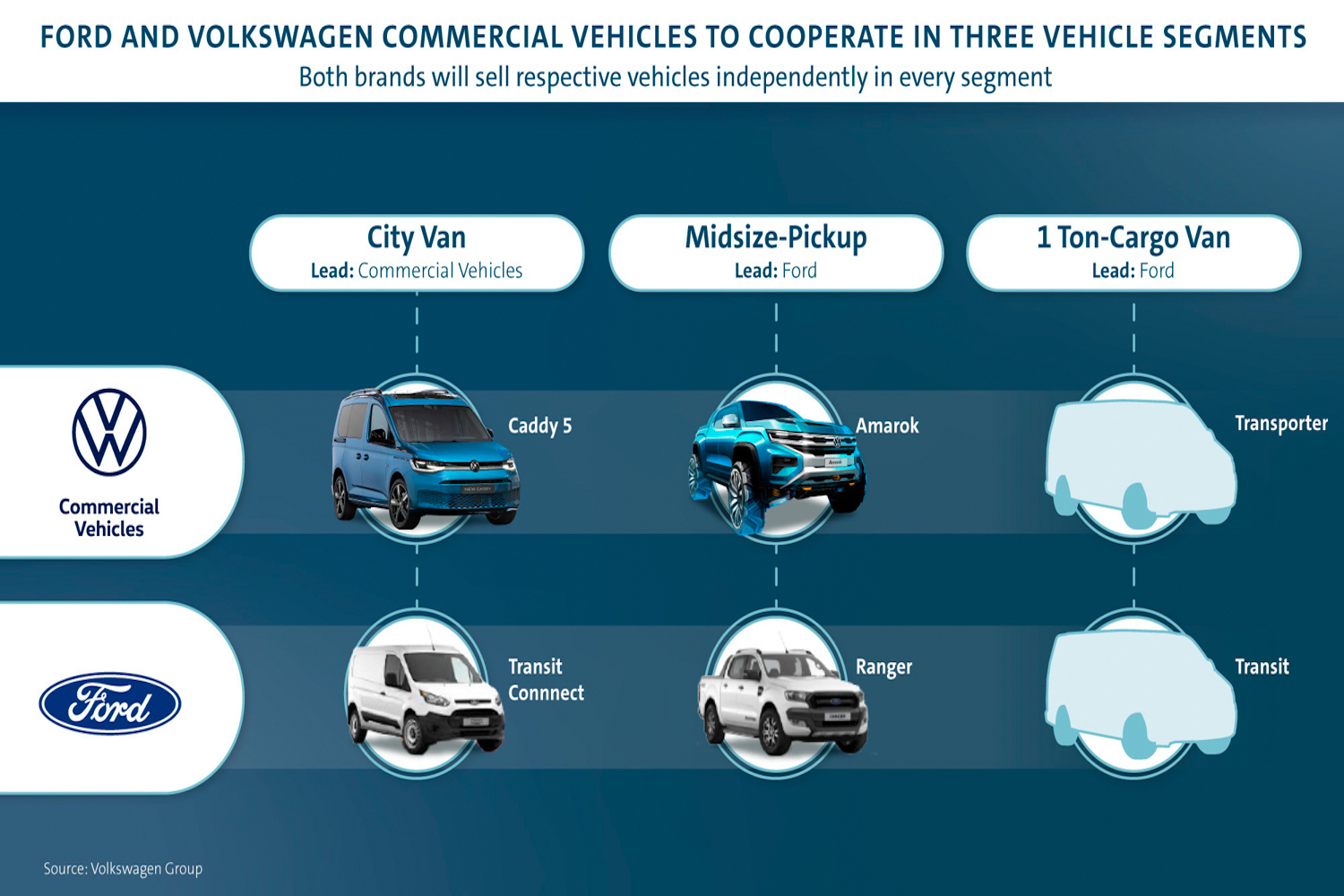 More details of the partnership between Ford and Volkswagen Commercial Vehicles have become clearer as the two companies finalise the agreement. One of the significant aspects of the deal focuses on the transition towards electrification, and Ford will become the first major OEM to purchase the Volkswagen Group's modular MEB electric platform. That will begin in 2023 with Ford saying that it could take as many as 600,000 units. These will underpin a new electric vehicle for the European market and follows up on the Ford Mustang Mach-E that is due to go on sale to customers in 2021.

The scalability of the MEB platform should become a profitable business for the Volkswagen Group as it appears in models beyond its portfolio of brands. By 2023 it expects to be producing two million electric vehicles using it, with that figure rising quickly to approximately 15 million units by 2028, equating to nearly €17.5 billion in turnover.

"In light of the Covid-19 pandemic and its impacts on the global economy, more than ever it is vital to set up resilient alliances between strong companies," said Volkswagen Group CEO Dr Herbert Diess. "This collaboration will efficiently drive down development costs, allowing broader global distribution of electric and commercial vehicles, and enhance the positions of both companies."

A new Volkswagen Amarok based on the Ford Ranger

Now that production of the Volkswagen Amarok has ended, there will be a break before its successor arrives in 2023. The basis for the new Amarok will be a Ford-developed chassis that underpins the Ranger pickup. Separately, Ford is working on a new version of its hugely successful F150 pickup and plans to add an electric variant by 2022.

The sharing of platforms will go the other way in the case of Ford's next small city delivery van. That new Transit Connect will use the recently launched Volkswagen Caddy as its foundation, which has also shifted to the latest version of the MQB platform. This switch will allow for more options of powertrain, including the possibility of a plug-in hybrid system or a fully electric setup.

The mid-size Transit has been a stalwart of the Ford lineup for many years, and a new version is in development with Ford taking the lead, but Volkswagen will also create a new Transporter van off the back of this new Transit. Ford CEO, Jim Hackett said: "This creates a huge opportunity to innovate and solve many of the world's transportation challenges and deliver extraordinary benefits to customers - even as companies need to be selective about how they use their cash. Commercial vehicles are fundamental to Ford today and an area where we will accelerate and grow, and working with Volkswagen on these platforms will provide both of us significant financial advantages in things like engineering, and plants and tooling."

The two companies have also agreed to invest in a technology company called Argo AI, which is developing self-driving systems. There is still some way to go before genuinely autonomous driving technologies are available to the public, and getting there will require significant investment. With Argo AI receiving the back of two massive companies, it may help to speed up the development and subsequent roll-out of these systems in Europe and the United States.