The problem with modern performance cars 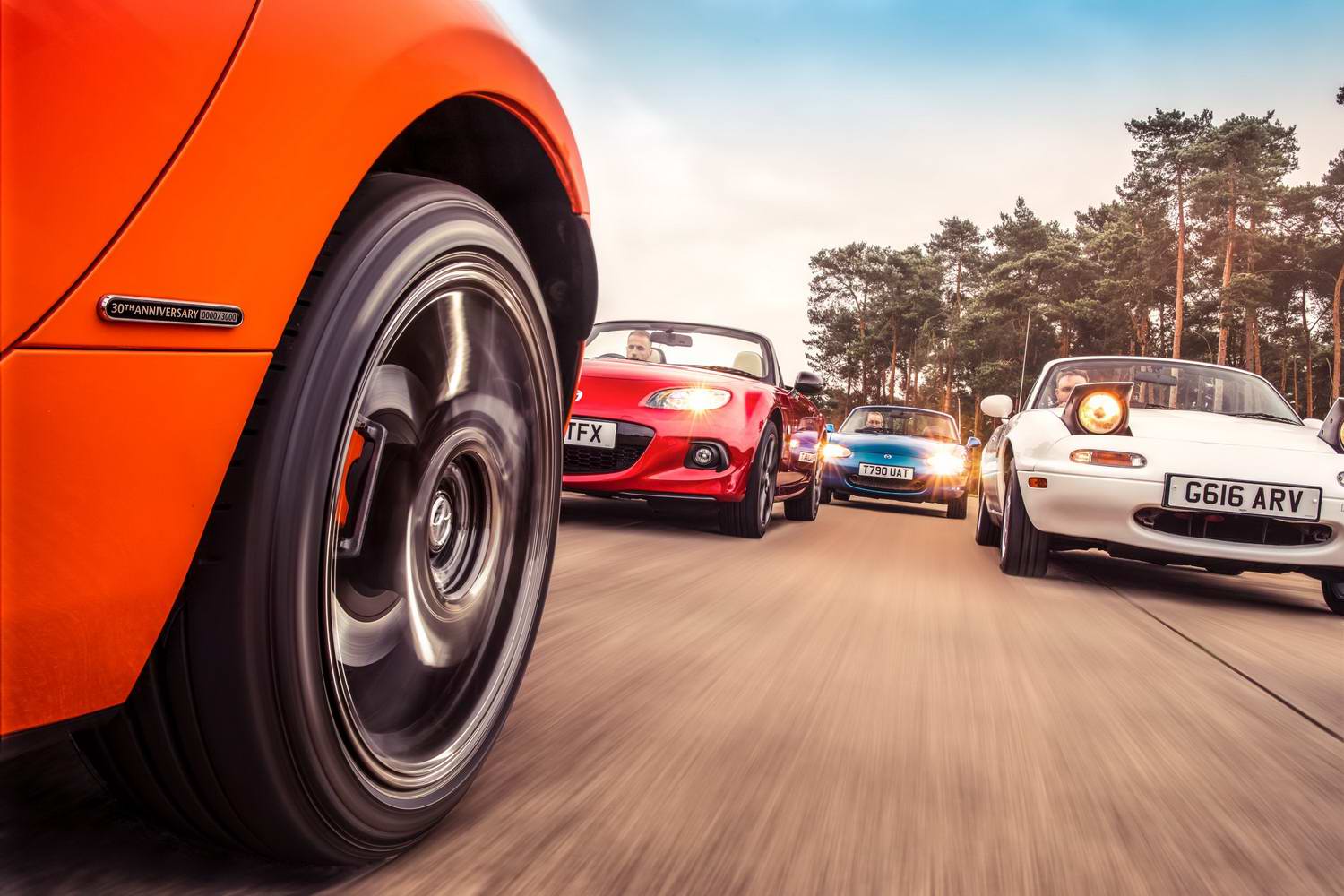 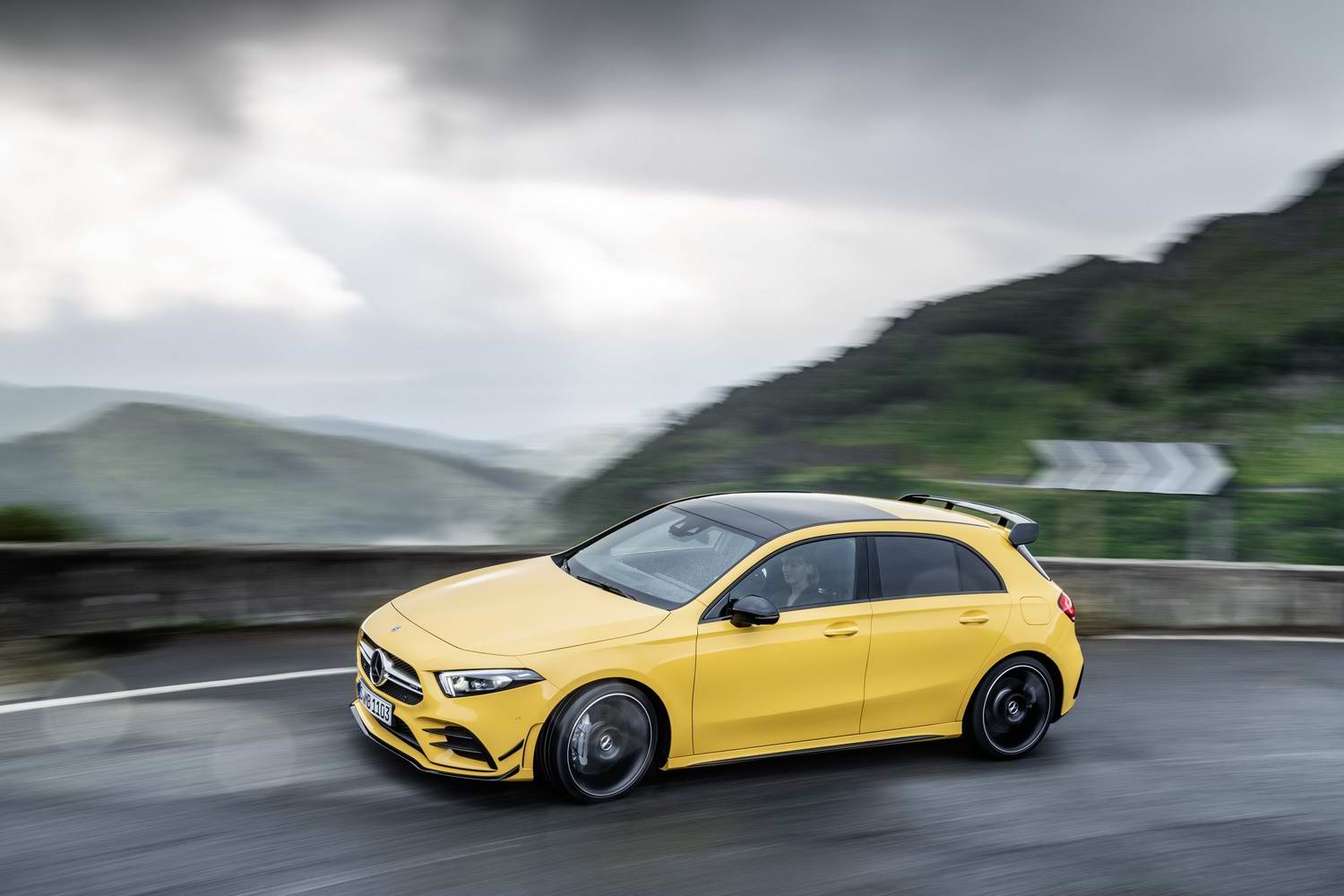 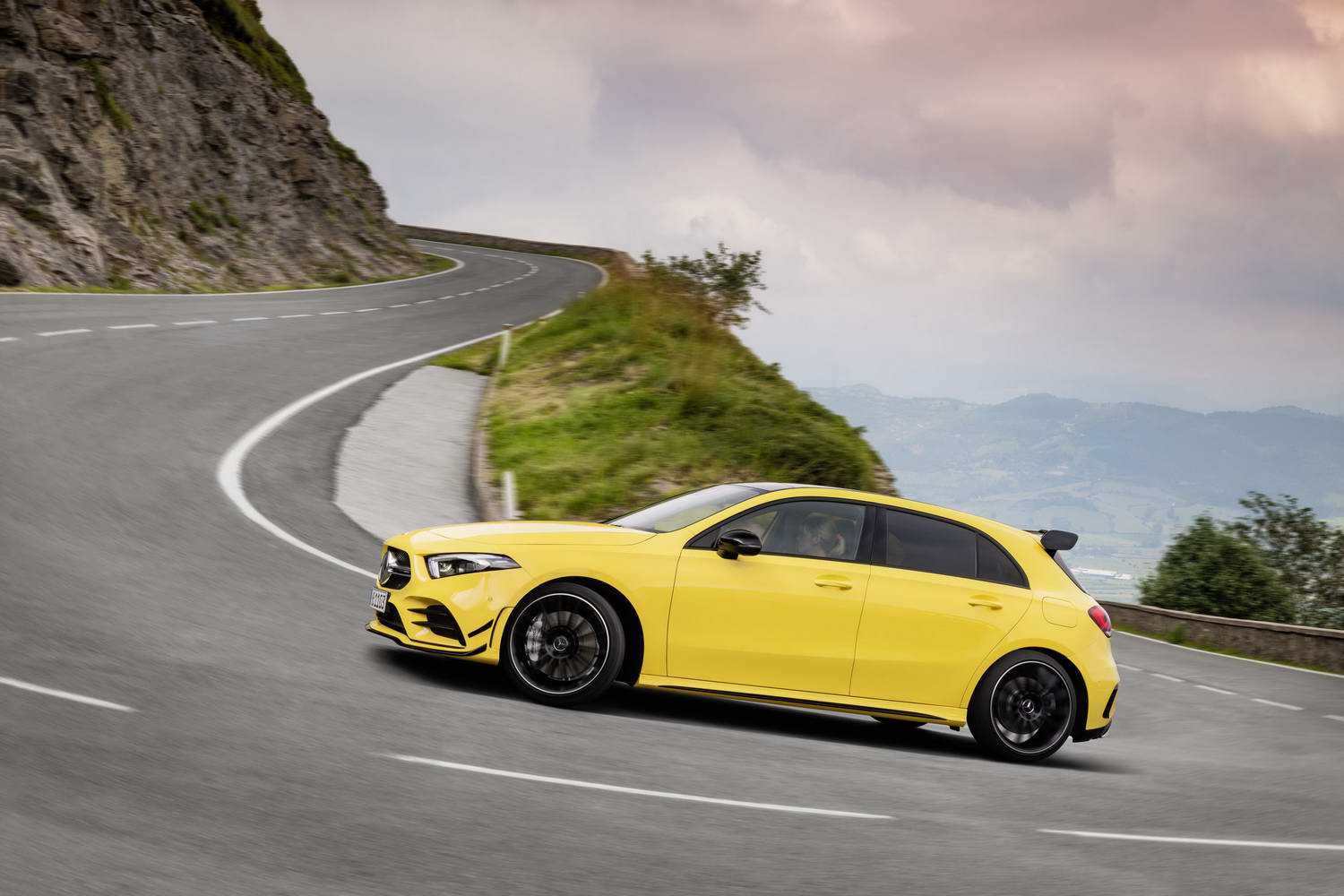 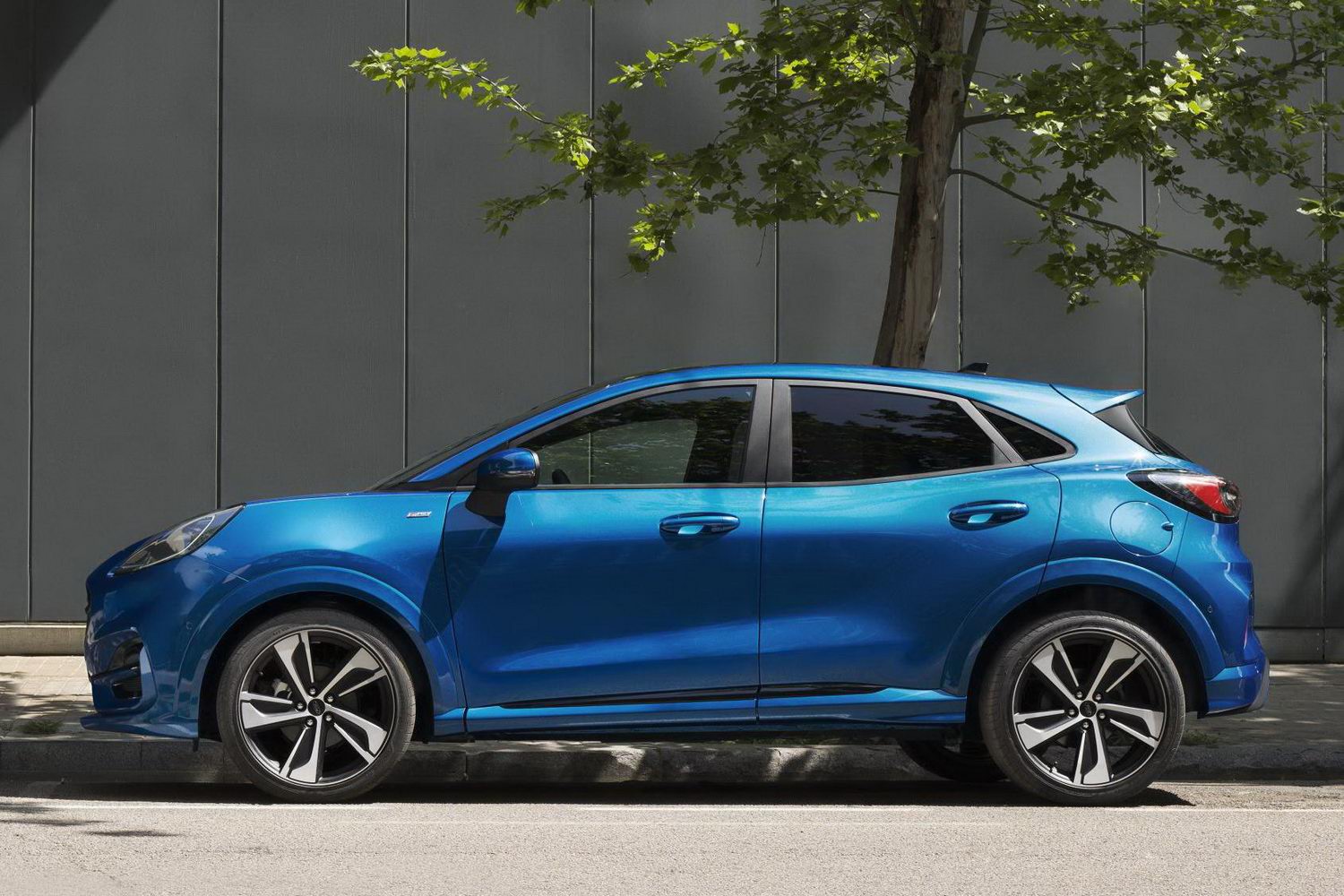 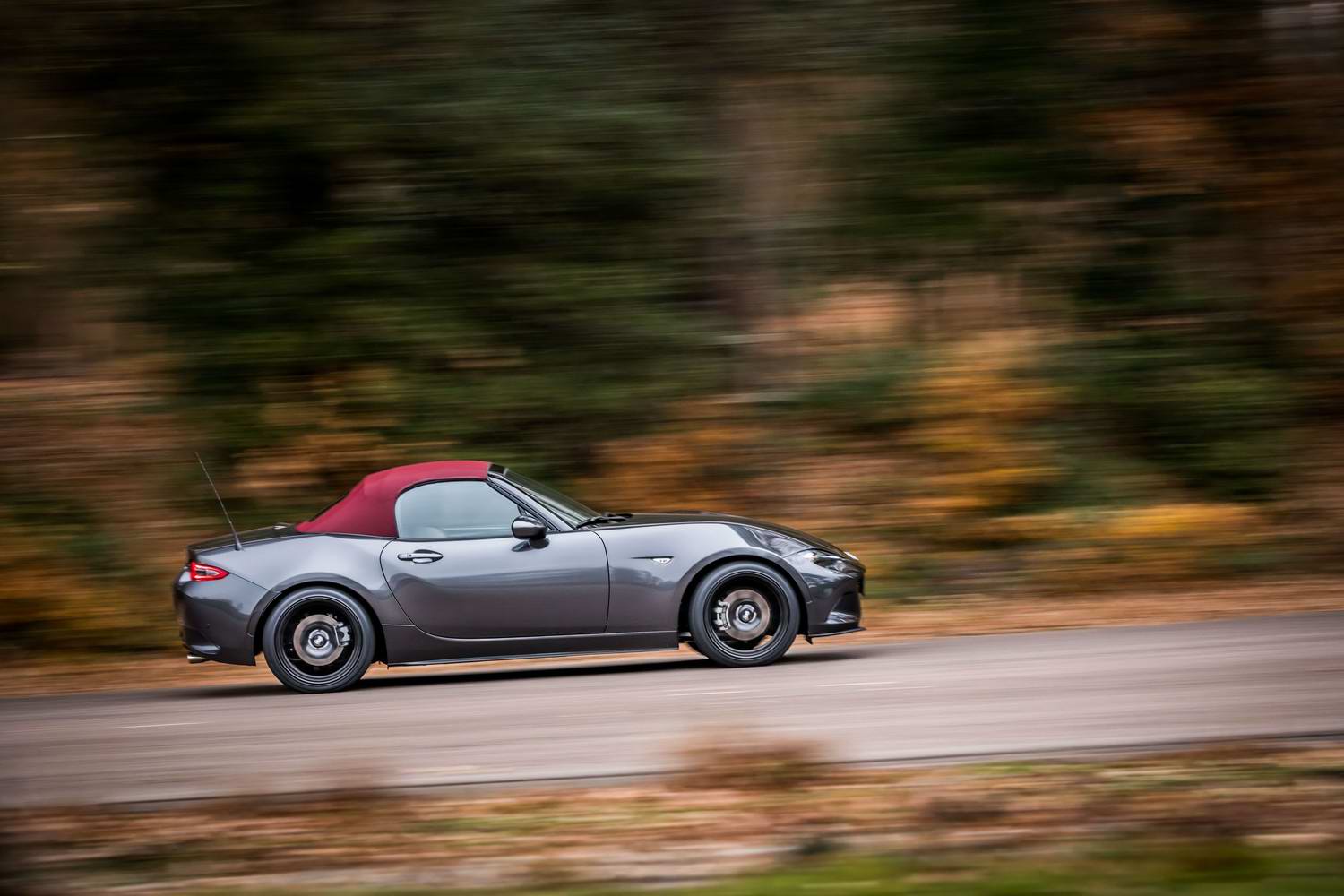 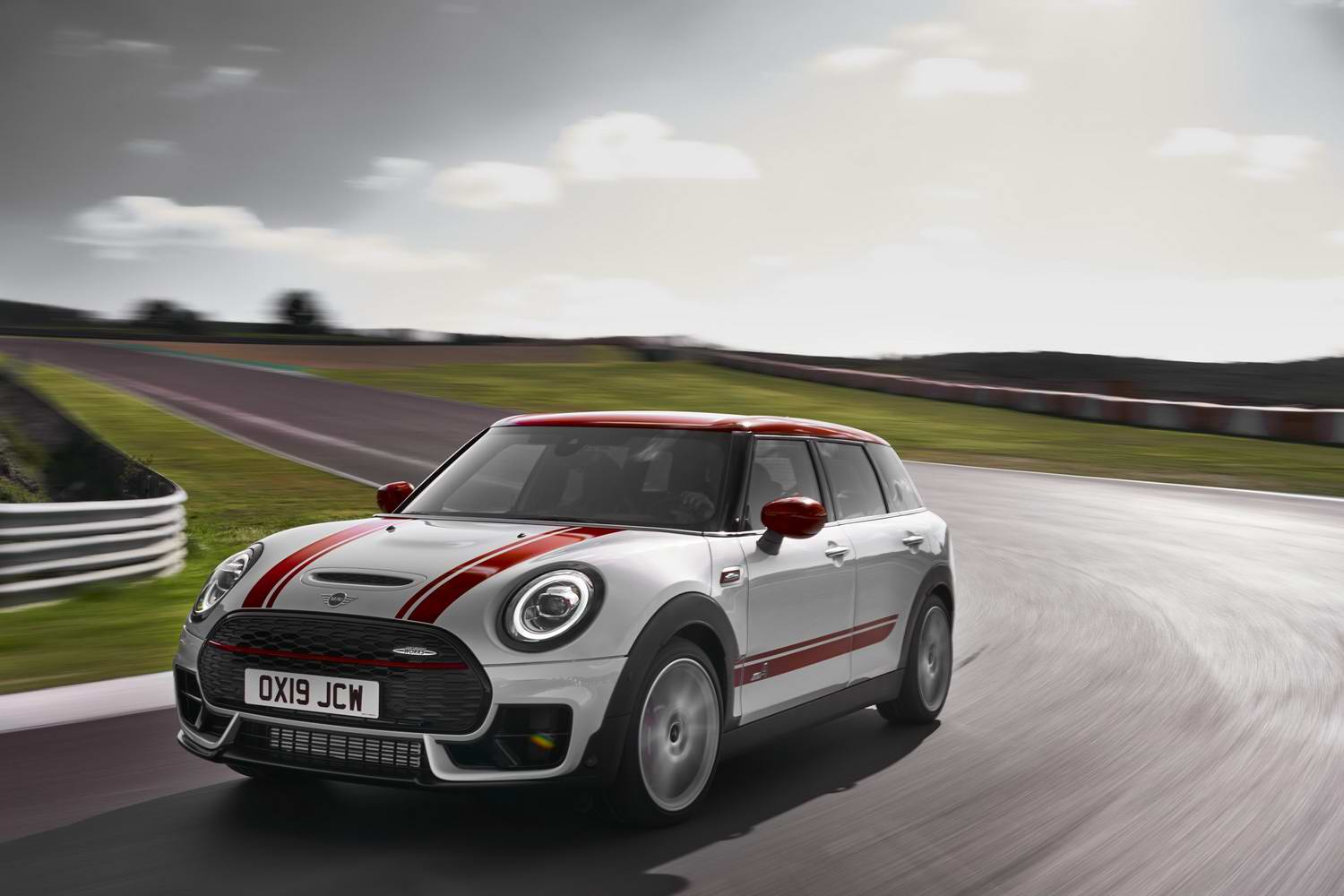 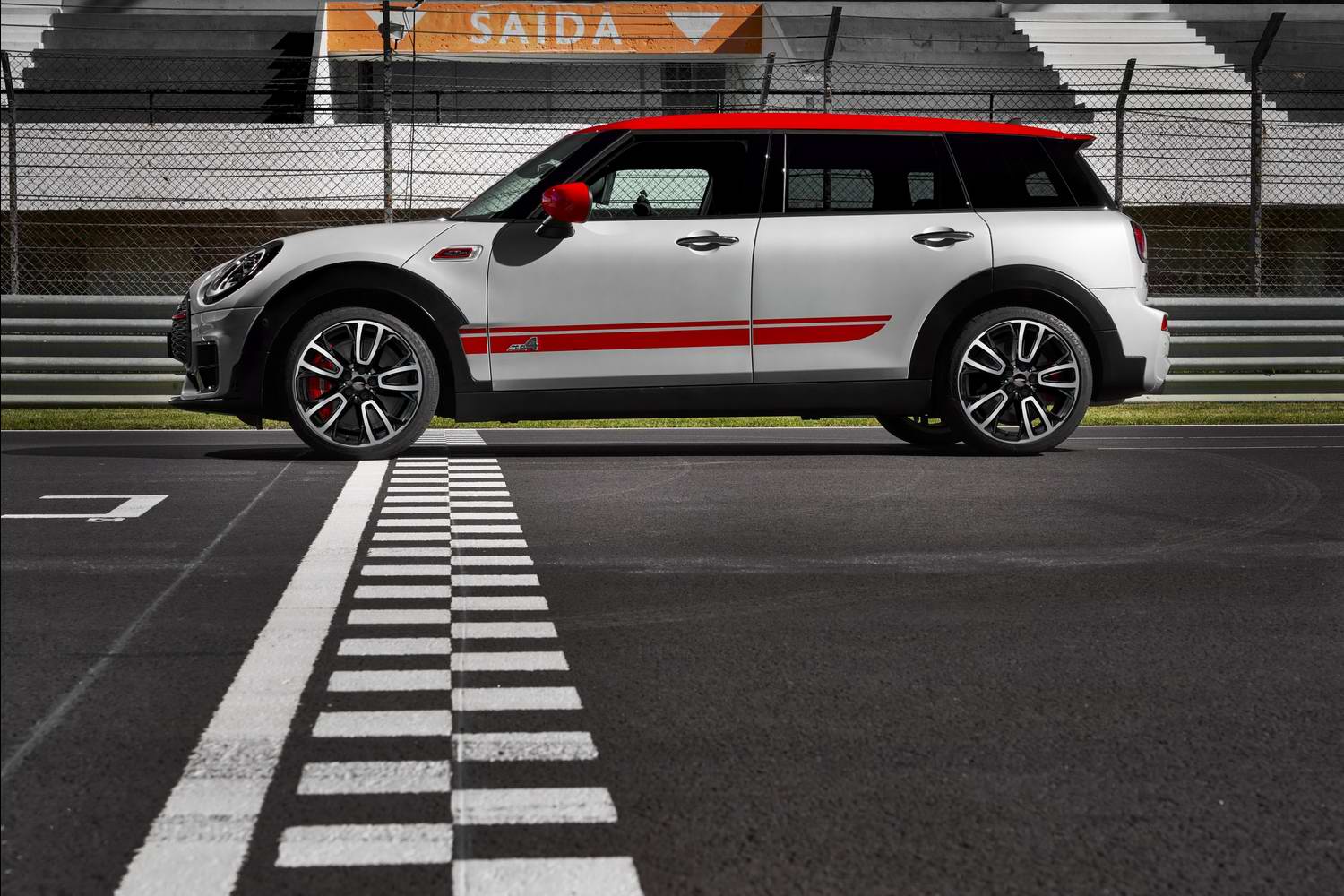 Neil reckons performance cars are losing sight of their original role in life.

Want to know the best news of the week? It's that Ford reckons that 0-100km/h times are becoming meaningless, and frankly I couldn't agree more.

Dave Pericak is the lucky sod with the job of overseeing Ford's high-performance models, such as the Mustang, the GT supercar and incoming models such as the Bronco 4x4. Speaking in an interview with Roadshow, Pericak said that ultimate acceleration times were becoming irrelevant in a world of ever-tighter regulations and legislation. In the future, the performance cars that he and his team designs will have to deliver "an overall performance experience."

Halle-fecking-lujah. This is music to my ears. For far too long we've been putting up with high-performance cars that have all the delicacy and delight of rocket-powered dumb-bells. Heavy and hefty, we're supposed to be dazzled by them because they accelerate so hard that it sucks the blood from your retinas.

These are impressive machines, from a technical point of view, and to see one in full flow on a racetrack, in the hands of a professional driver, is to see technical progress writ large.

On the road, though? In the hands of a mere mortal driver? Well, that's another story...

I don't mean to give the Mercedes-AMG A 35 a kicking here, but it's emblematic of this current high-power malaise. A glance at the spec sheet shows just how impressive it is: 306hp, four-wheel drive, a chassis and steering tuned by the mechanical magicians at AMG. It all adds up to a seriously impressive road-rocket.

Well, it should do. I mean, it's a good-looking car, with a great interior, and it can hit 100km/h from standstill in just 4.7 seconds. It does so in a flurry of revs and dashboard lights if you use the 'launch control' system, too.

The problem is that use of that launch control is a pretty good example of how the A 35 goes about delivering its performance. You simply step hard on the brake pedal with your left foot (it's a seven-speed dual-clutch automatic, so there's no third pedal about which to worry) and plant your right foot flat onto the accelerator. The computer then holds the engine rpm at just the right point for a clean getaway, and to set the whole thing in motion, you simply step off the brake...

At which point, the A 35 explodes forward in a barrage of noise and traction events, hurtling to 100km/h with the fury of laser-guided munitions. It's a bit of a giggle, but there's no challenge in it. You simply activate the process, and the computers take care of the rest, matching the revs to the clutch biting point, and using the traction and stability controls to stop you posting the whole thing backwards through the adjacent hedge.

Fast, yes. But fun? Not so much, and this is the problem with the A 35 - it's superbly engineered to deliver its performance figures, but there's no challenge in extracting them. For a driver who doesn't care, and simply wants the AMG badge and speed without the effort, then that's fine. For those of us who actually care about driving, and enjoy the process and the skill, it's all a bit flat.

It's a similar situation when you drive the new MINI Clubman John Cooper Works. As with the Mercedes, this is a compact family car with 306hp, four-wheel drive and an automatic transmission (an eight-speed one in this case). As with the Merc, it's blisteringly quick - just 0.1 seconds behind the AMG at the 100km/h split - and is in fact the fastest, most powerful MINI there's ever been.

On the road, it's also rather inert. It has that MINI trick of massive front-end grip, which means you can flick it around almost any corner at almost any speed, but there's little enough in the way of fun when you do so. It's fast, it's poised and it's safe as houses, but there's no thrill. How have we reached a world where the most powerful MINI ever made, or a compact AMG hatchback with 300-odd-horsepower, feel so... bland?

Part of it can be ascribed to the simple march of technology. Tyres have become so much better, electronic backup systems so sophisticated and four-wheel-drive setups so able to parcel out the power that the challenge of driving a fast car has been chamfered away. It is now just a question of point and squirt.

Public perception has also played a part. Ask a Peugeot engineer about the classic 205 GTi from the 1980s and they'll break out into broad grins and happy reminisces. Ask them about how they could go about creating a true modern-day successor and they go white with worry at the public liability issues - the flip side of the 205 GTi's legendary agility was a bad habit of sudden, unpredictable oversteer and spins. Not what you want to be discussing in front of the class action jury.

The sheer chase for horsepower has also played a part. Massive power outputs require not only the sort of firm electronic and mechanical hands to keep them useable to a majority of drivers, but they also add weight - weight in the shape of bigger brakes, four-wheel drive and bigger, more effective, cooling systems - and weight is the ultimate enemy of fun (see my previous column for more on this).

Don't believe me? Let's compare two cars. The MINI Clubman JCW weighs around 1,600kg at the kerb and, although fast, is honestly a bit dull to drive. A Mazda MX-5 1.5-litre has less than half the power of the MINI, but weighs around a tonne. It takes almost four seconds longer to reach 100km/h, but you'll be smiling all the time and, thanks to that low weight, it's just incredibly peachy in the corners. The steering is chatty, the chassis biddable. We once managed to coax a 1.5 MX-5 all the way around the Goodwood motor racing circuit without braking once, except for the final, tight, chicane so perfectly balanced is it. It also has much lower CO2 emissions than the MINI, so you can enjoy your driving (relatively) guilt-free.

You don't have to go for something as overtly sports-car-like as the MX-5 either. Fancy something that's as powerful as the AMG but infinitely more fun to drive? How about a Honda Civic Type R? It has 320hp, but only front-wheel drive. Without the traction advantage of the Merc's all-wheel drive, it's much slower to get to 100km/h, but you won't care. You'll be having too much fun grappling with its wonderful steering, which is far chattier than the Merc's, and coaxing it to put all that power down through its front wheels. That's the thing - the Civic needs you to be part of the process. It's not a car in which you can simply put your foot down and let the computers sort everything out. It needs a human being at the centre of the process. Heck, it even has a manual gearbox, and a manual that has a delicate, perfectly-weighted shift too.

What was worrying me was that the Mercedes and the MINI were arguably more of a signpost for the future of motoring than the Mazda or the Honda. They're cars in which you input a series of instructions, the computers work out what's the best way to interpret those instructions, and off you go. The Mazda and the Honda, by contrast, are much more human-centric cars. Which is why they're fun and the Merc and MINI aren't.

Thankfully, Ford seems to be giving lie to this worry, and not with its specifically high-performance models either. A recent spin in the relatively humble 125hp Puma EcoBoost showed that Ford has lost none of its fine-grained touch when it comes to setting up the steering and chassis balance of everyday family cars for maximum fun.

We probably don't have much time left for driving high-performance petrol-engined cars, so let's at least try and make the most of what we can do, right? The computers will have their way, eventually, and I know which cars I'd rather put my last gallon of petrol into...