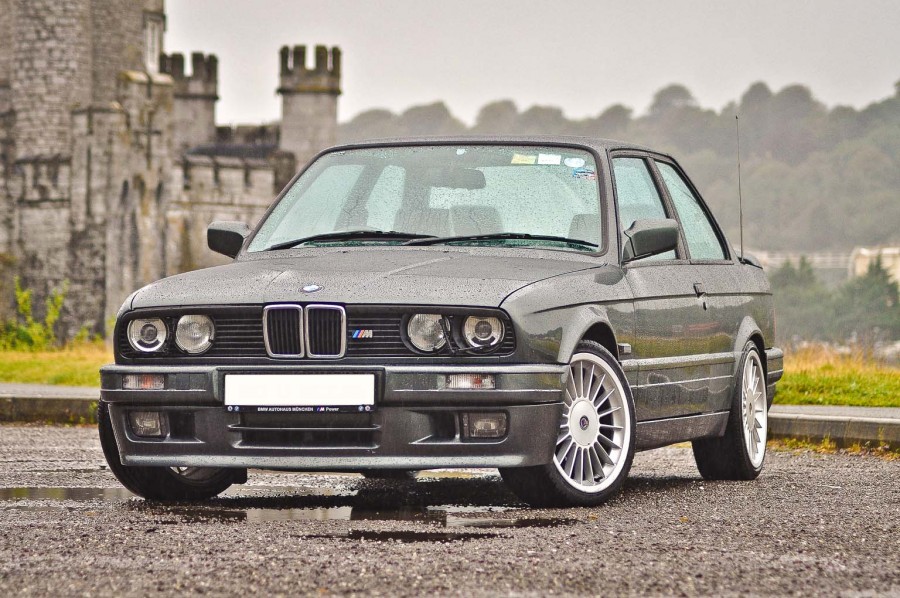 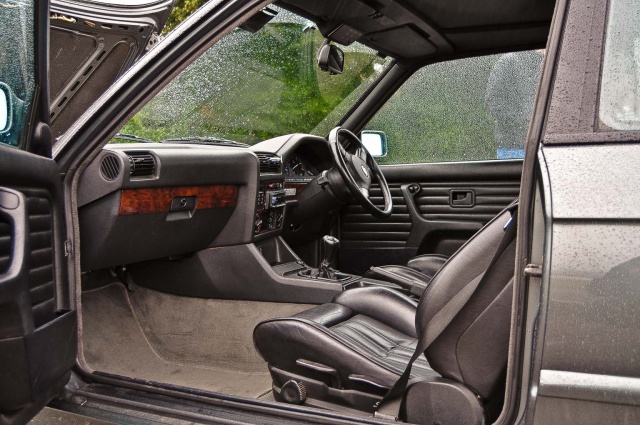 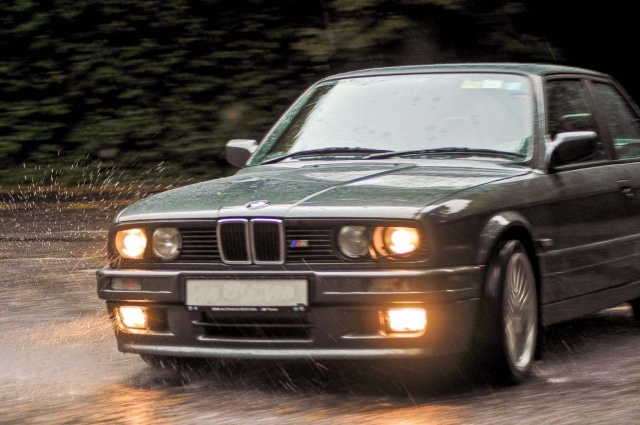 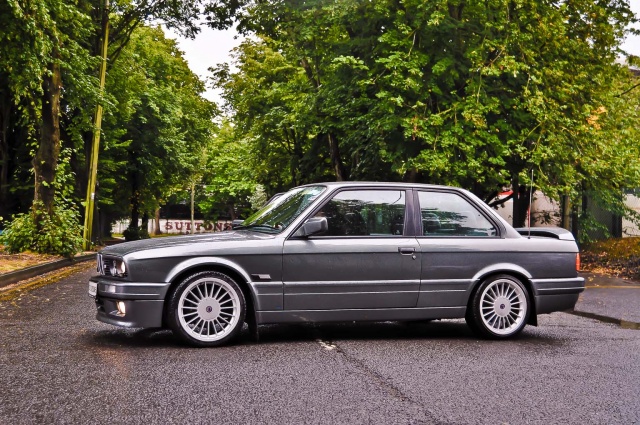 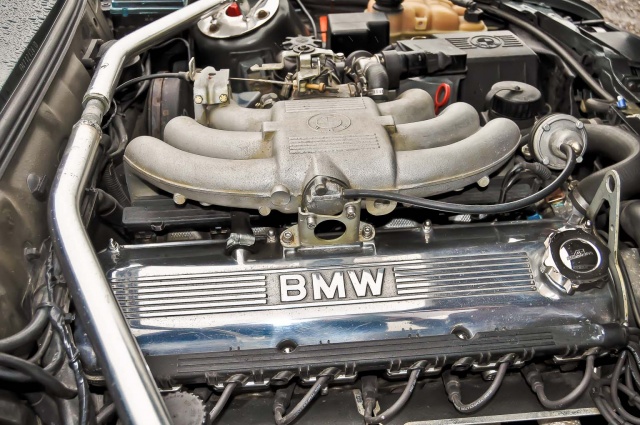 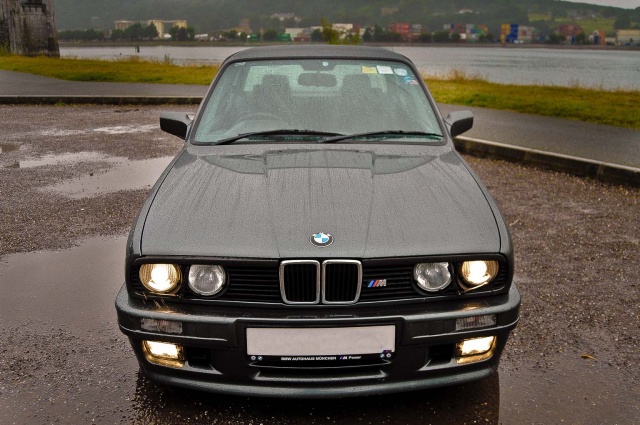 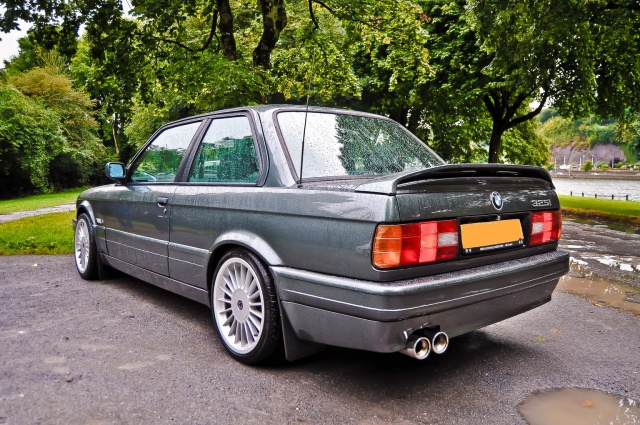 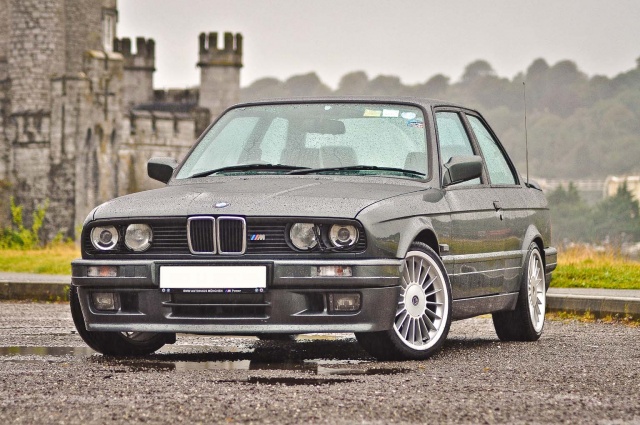 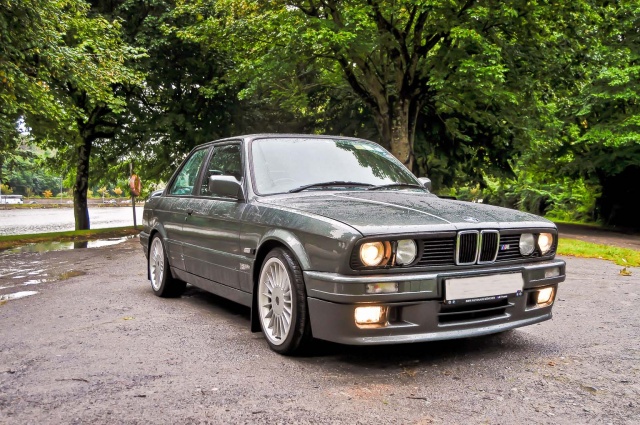 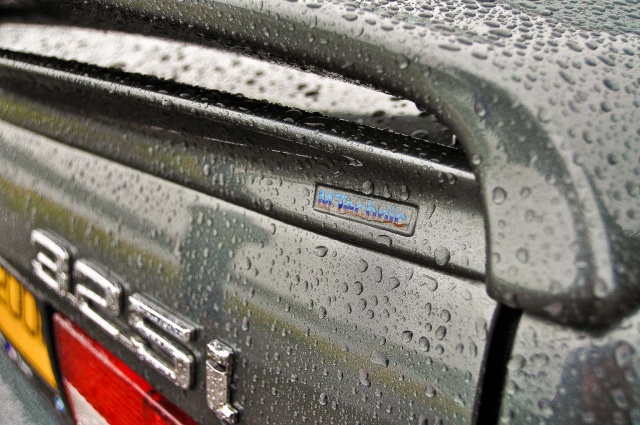 The E30 BMW 3 Series is slowly moving from donut machine to valuable classic. We test one of the best 325i Sports in Ireland.

The faint wail of a tortured six-cylinder engine and the chirrup of shredded tyres can be heard around the parish. A fine film of rubber forms a scrappy circle, left as a mark of authority on the tarmac of an empty crossroads. Sound familiar? Up and down the land until very recently, BMW's E30 325i Sport had a reputation as a donut machine, a bun-maker, a slab wrecker. Cheap and nasty examples proliferated, and were driven into the ground by uncaring owners with rust sending many more to an early grave. Despite this, I reckon the E30 could be one of the finest driver's cars ever built. Don't believe me? Read on...

BMW's E30 3 Series was launched in 1982 as the successor to the beautiful E21. Penned by Claus Luthe (of NSU Ro 80 fame, no less) in the late seventies, it was a case of evolution rather than revolution in the visual department, and the Series 2 update of 1987 followed the same trend. A selection of four- and six-cylinder powerplants spanning from 1.6- to 2.5-litre in size could be specified, in two-door coupe and convertible, four-door saloon and estate body shells. There was something for everyone, from docile 316i up to homologation-special M3 screamer (watch this space for a future feature...) and we lapped it all up. The 3 Series was classed as a car to aspire to, and many people's first taste of BMW ownership was the angular E30.

While the M3 was the ultimate specimen of the breed, the 325i Sport was the more obtainable of the two. Conceived as a 325i model customised with the best options from the "M-Tech" list, the character of the Sport marked a different approach to the M3's racing-car-with-number-plates vibe. Key to the appeal was the lusty 2.5-litre six-cylinder M20B25 engine mated to a Getrag five-speed gearbox. Figures of 170hp and 225Nm aren't worth writing home about these days, but in the late eighties they propelled the sub-1,300kg car along quite nicely. Most examples that ended up over here were the 1988-on M Technic 2 type, with such niceties as a body kit, electric everything and lovely 15-inch BBS alloys. All sorts of colours were offered inside and out, with anthracite-coloured roof lining unique to the Sport, one of the signifiers of a genuine car as opposed to a replica. The driving experience was enhanced by a ride height drop of 15mm, special Boge dampers and a limited-slip mechanical differential tucked inside the rear axle.

Even from a distance, the E30's silhouette is instantly recognisable. Designed with a pen and pencil, no unnecessary clutter, "flame surfacing" or any other flotsam finds its way onto the surprisingly small body. Perfect. The trademark Hofmeister kink defines the C-pillar, the spindly headlight wipers sweep the simple round lamps clear and the proportions just look right. The Dolphin Grey paint looks moody and understated on this damp evening, and the arches are filled with Alpina-style rims an inch or two bigger than the standard items. Owner Gordon pops the bonnet, hinged from the front and with its own intricate opening mechanism, to reveal the big stove hidden beneath. The neat intake and exhaust manifolds catch the eye, along with a stiff-looking strut brace and some nice chrome details.

Getting in, the driver's door is laughably light and thin in comparison to those in modern machines, and uncluttered by much in the way of storage pockets and switches, but the leather chairs are fantastic, the embroidered "M" stripe logo on the backrest being a particularly nice touch. The steering wheel has quite a large diameter, but falls readily to hand despite the fact that it seems slightly angled to one side, and the trademark centre console unashamedly gives the driver the best view of the controls at the expense of the passenger. There's even a period-spec trip computer that positively yells 1980s, and the smell is a peculiarly endearing one of aged leather and petrochemicals that seems unique to E30s. It's a symphony of black, faux-wood, black, grey and some more black, but it's a really nice place to be. The visibility is great, with spindly little pillars providing an expansive view to the front and sides. No cupholders of course, as they would only distract from the Ultimate Driving Experience...

With standard running gear, setting off is a doddle. Just find first on the ridiculously short-throw lever (there is some form of short-shift kit installed), a few revs on the floor-hinged throttle and off I go. For a 25-year old car, this thing is as tight as a drum. There are no rattles, bangs or squeaks and, surprisingly, the bigger-diameter tyres don't trouble the inner arches once despite the rutted nature of our test road - no doubt aided by Gordon's addition of Koni adjustable shock absorbers, a popular upgrade among E30 owners. The steering is rather slow at four turns from lock-to-lock (newer model steering racks are often retrofitted to alleviate this), but it's alive with feedback, and like the rest of the controls the weighting is spot on. I feel that the gearchange is actually hindered by the short-shift kit, and some "is that third or first gear?" moments ensue, but the shift action itself is nice and solid. Manufacturers please take note: potentiometers and motors will never be able to give the sensations that good old-fashioned cables and linkages can.

The engine is the main event however. It's creamy smooth, pulling strongly from idle and accompanied by a beautifully cultured sound from the custom stainless steel exhaust, which rises to a howl as the revs build toward the 6,700rpm limit. You can surf along on a wave of torque in any gear, but oversteer can be easily provoked in the lower ratios on wet tarmac. I discovered this by accelerating hard on the exit of a junction, to find myself looking out the side window for what felt like an age as the Beemer embarked on a beautifully controllable slide, the limited slip diff doing its thing. The throttle pedal travel is almost laughably long and its action quite stiff, but that just means you can meter out the power in precise amounts while revelling in the superb chassis balance, almost like a form of manual traction control. The brakes are nothing special, but at the end of the day this car was built three decades ago, so you adjust your driving style accordingly.

It's supremely refreshing to drive something so analogue, and you don't have to be on the door handles to enjoy it. Modern cars are so capable that you often have to approach jail worthy speeds to feel like the car is doing anything, but this old Beemer rewards every input with delightful tactility and communication, no matter what speed you're doing. It certainly teaches the benefits of smooth inputs, and I can imagine how one or two ham-fisted Yuppies found themselves on top of wet roundabouts back in the day... It's a lovely machine to just cruise around in, and the public seem to agree judging by the amount of admiring glances the car gets during the course of our brief spin. Gordon's example is one of the nicest around, and he intends to keep it that way. Since this test drive, I've spent an inordinate amount of time looking at ones for sale. The Sport has gotten under my skin.

Read the first in the series of Irish icons: Ford Escort MkII

Read the second in the series of Irish icons: Mitsubishi Lancer Evolution

Read the third in the series of Irish icons: Honda Integra DC2 Type-R