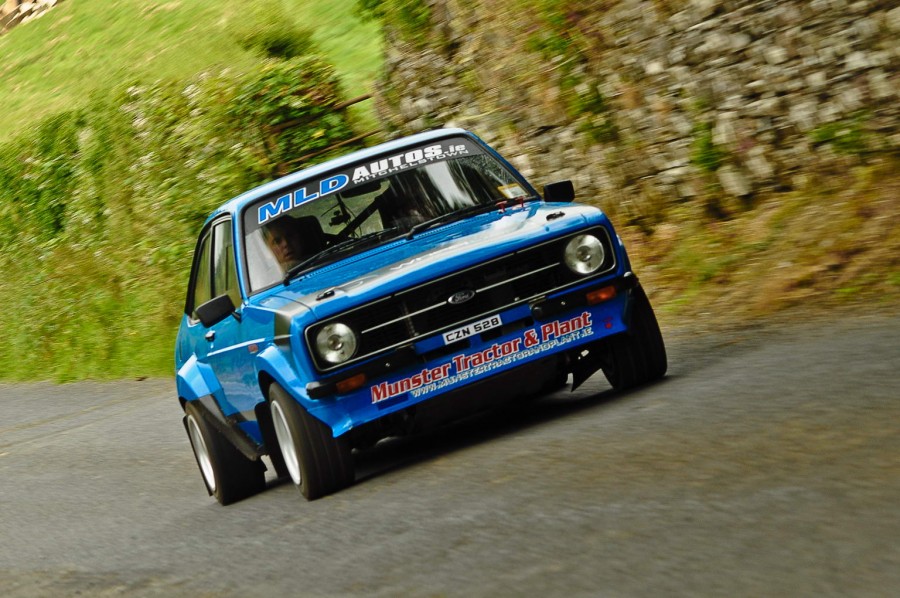 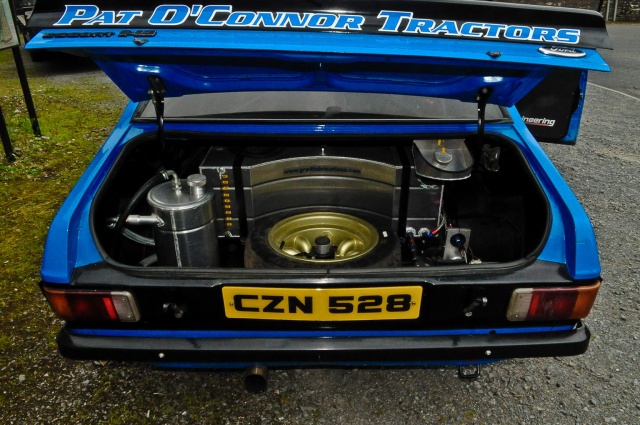 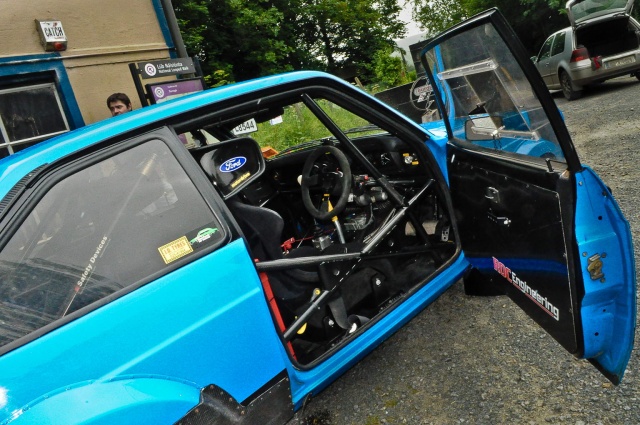 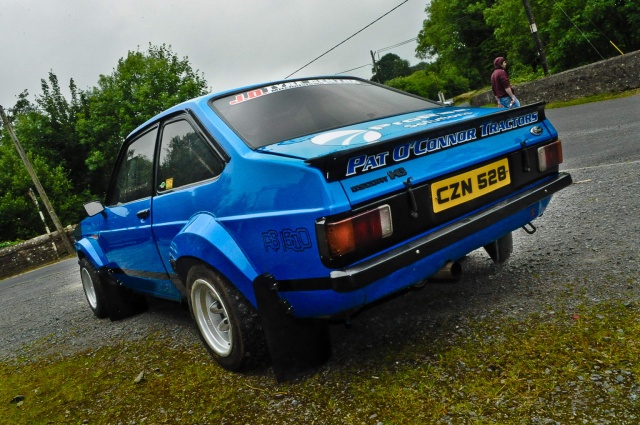 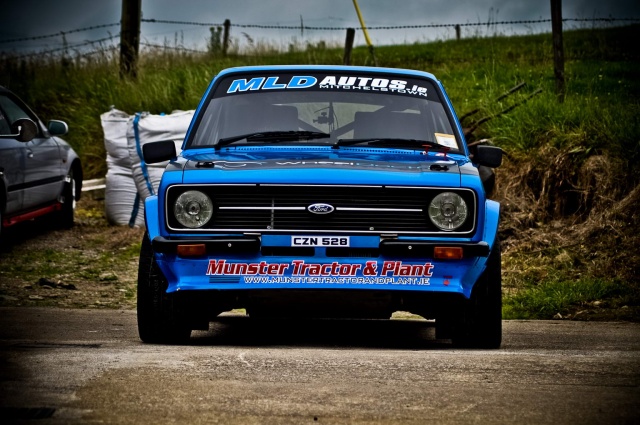 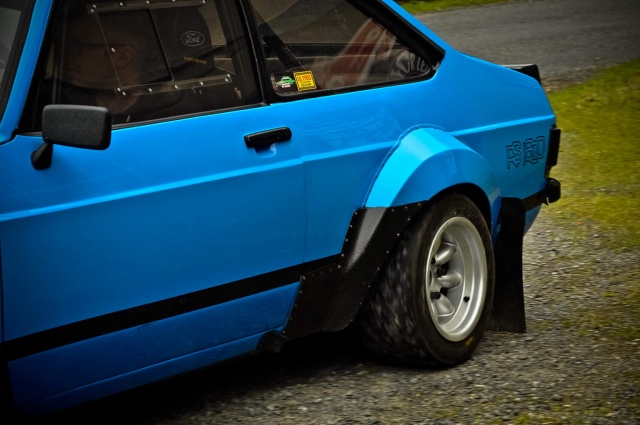 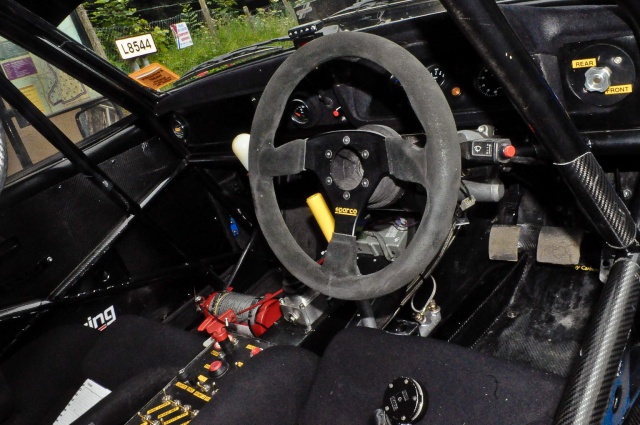 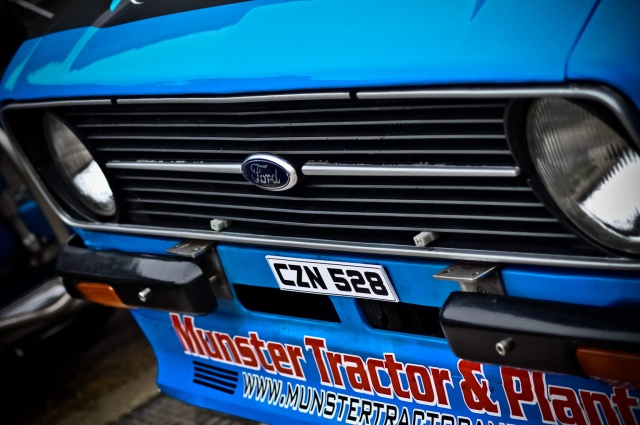 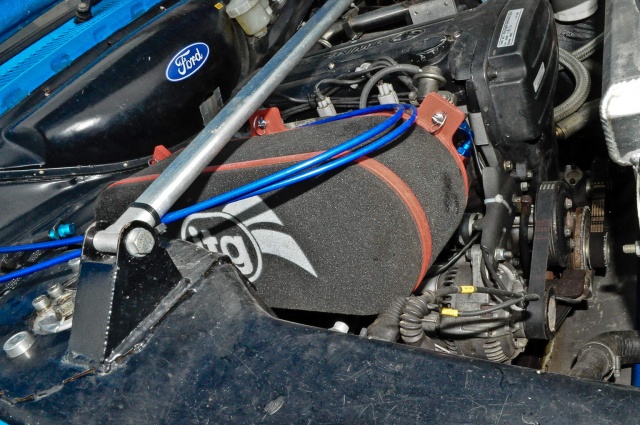 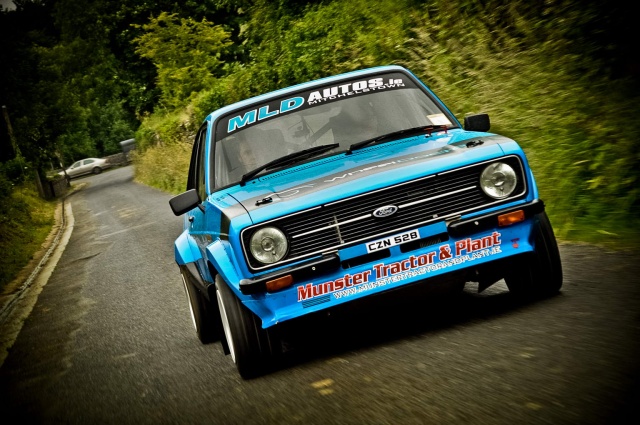 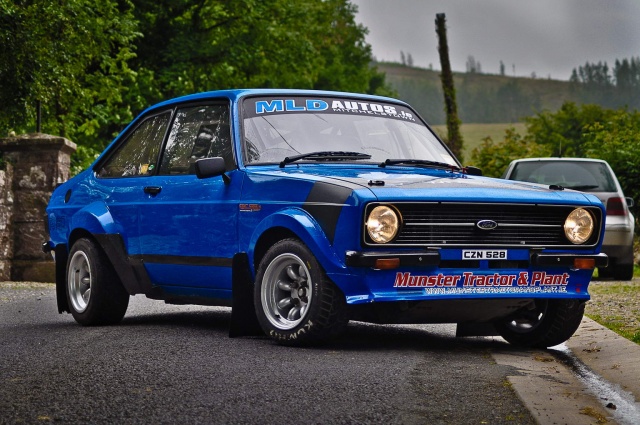 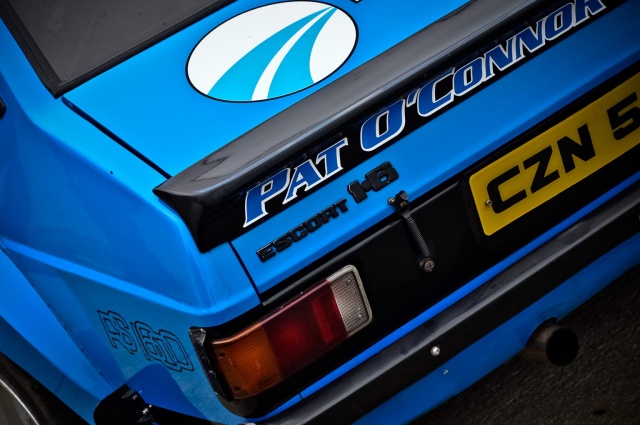 What makes a car an icon? More specifically, what makes a car an icon in the eyes of the Irish public? In a new series, we intend to investigate the cult cars that are so revered on this fine island, and see what all the fuss is about, while unearthing some interesting facts and stories along the way. First up, it's a car that has defined Irish rallying for decades.

For a small island with a small population, Ireland has got to be one of the top rallying countries in the world. Per capita, the number of competitors is huge, and every weekend some part of the country echoes to the sound of engines at flat chat. Events like Killarney and Donegal draw spectators in their thousands, and there is always one common theme: the top cars may be comprised of the four-wheel drive brigade with their Subarus and Fiestas, but there is only one thing that the hurlers on the ditch want to see. Is there anything more iconic than the sight of a hard-driven Escort, with the crew using the side windows for forward vision as much as the windscreen? Didn't think so.

How did this humble machine, with roots dating back over 50 years, become such a hero? You only have to take one look at the exploits of Roger Clark, Ari Vatanen and Hannu Mikkola pedalling their screaming Cosworth BDA-engined machines through a Welsh forest, and you're hooked. Firstly, there's a wail through the trees quite like nothing else, as the poor 2.0-litre engine revs close to its 10,000rpm explosion point. Whispers fly around the assembled crowd, "he's on it". Then, you catch a glimpse of the car, usually not from the front, but from the side as the car assumes a seemingly impossible angle of attack on the approach to the corner. Stones fly in your direction, there's a glimpse of an iconic Castrol or Eaton Yale livery, the lunatic behind the wheel gathers the whole thing up with a flick of the wrists and powers away to the next near-accident. You're now laughing at the sheer spectacle of it all, and you're plotting how to get behind the wheel of one of these beauties yourself. Hooked.

Closer to home, we had the Millstreet Maestro himself, Billy Coleman taking on the world's best in a variety of Ford Ireland-sponsored Escorts. Billy's rise to fame was in a tatty old Mk1 Escort, the famous TIU 250, and the strength of the British Rally Championship at the time, of which the marathon Circuit of Ireland was a round, drew the world's best to our backroads. There are enough stories to fill several books on the Escort's pedigree over here, but my favourite has to be the Cloneen charger Frank Meagher's astounding drive in Galway in 1989.

The works Ford Motorsport-prepped Sierra Cosworths were in attendance, and the Mk2 was a dinosaur by comparison. Mark Lovell was therefore more than a little surprised to find Meagher heading him by a minute, seemingly without breaking sweat, until a blown head gasket ended Frank's dream drive. How could this happen? The answer lies in the Escort's simplicity and drivability. It gave the pilot confidence. You could hang the tail out at all sorts of angles, safe in the knowledge that it would always come back without biting you. Confidence in a car breeds pace, no matter what the conditions. That's all there is to it.

It's therefore no wonder that clubmen up and down the land try to emulate these feats, and what better way to really delve into the Escort myth than to drive one?

The nature of development in motorsport means that there are now Mk2 Escorts on our rally stages pushing out over 350hp, with the latest in suspension technology and clever aerodynamics attempting to keep the bucking broncos on the ground and travelling in an approximately forward direction. These weapons are often clocked at higher top speeds than the World Rally Cars, and can be found at the sharp end of the field trading times with cars 40 years their junior. For this feature however, I want to focus on a typical clubman level car, as these are the true backbone of Irish rallying.

Few cars nowadays have the presence and stance of a well set up Escort. Just look at it. Sitting squat, fat tyres filling the extended arches to the edges, it has a cleanliness and form dictated purely by function. It has aged gracefully. The thing that really strikes you about Tadhg O'Connell's home-built Class 11 car (Irish rallying's class for modified vehicles running multi-valve engines up to 1,650cc capacity) is its size, or lack thereof. It's bloody tiny. Extremities such as mirrors, bumper spats and lamps seem almost toy-like in comparison to modern cars. No diffusers, no skirts, no other unnecessary frills: it's beautiful, but purposeful, and leaves you in no doubt of its potential.

Taking a peek inside, the compact dimensions make themselves apparent once again. Somehow, Tadhg has managed to squeeze a full weld-in roll cage into the seam-welded and strengthened shell. Painted in a matt black finish inside with carbon fibre dotted everywhere, it feels almost claustrophobic, especially when you squeeze into the driver's bucket seat (custom made to his measurements) and strap yourself in with the all-encompassing harness. Your feet fall readily to the pedals (friction coated to prevent Nomex boots from slipping off in the heat of battle), hands grip the small Sparco wheel and the view through the windscreen onto the flat bonnet and the road ahead is clear.

Then you spot the two levers sprouting from the enlarged transmission tunnel, one white-topped, the other yellow. The white one dictates which gear is selected in the Quaife sequential dog gearbox, with a neat little digital display informing you of the current ratio. The yellow one is the hydraulic handbrake, or 'wand' in rally parlance, and is used exclusively to encourage the rear wheels to break traction with the road. This looks fun. Switches litter the dash and a custom-made panel on the transmission tunnel, with fuses also at easy reach. Flicking the fuel pump switch awakes the high-flow Bosch unit housed in the tank, filling the cabin with a loud whirring. Hit the starter button, and the Toyota engine cranks and settles to a buzzy idle.

Hang on, the what? Surely this is sacrilege? Okay, so the purists may disagree with this choice, but the fact is that Toyota's 20v 4-AGE motor is a very competitive unit straight out of the box. Featuring individual throttle bodies from the factory, this unit makes 167hp and 127Nm of torque with no modifications other than a dry sump fed by a tank located in the boot, and a remapped ECU. It may not win any power wars (some Class 11 cars have upwards of 240hp), but it's reliable, sounds great and, with only 950kg to shift, it can still move the Escort along at a fair lick.

That low kerb weight is most apparent when you get underway. Clang and with that the recalcitrant gearbox is in first, feed the clutch out slowly with a few revs and you're off. The noise consists mainly of the vicious whine of straight cut gears, stones peppering the arches from the sticky Kumhos and a beautiful induction wail. The real pleasure is when you go to change up a gear; no need to use the clutch or even lift your right foot, just yank that white-topped lever and let the flat-shift function mapped into the ECU cut the ignition and allow the dog rings on the gears take care of the rest. It's super-addictive, and I could keep banging gears all day...

There's a corner approaching, so it's time to see what the AP Racing brakes can do. The Escort slows suddenly, and I feel as if I could have braked much later. Down two gears, and the back of the car gets light, allowing the nose to tuck in with just a hint of steering. The limited-slip differential starts to lock up, but in a helpful way, and the car takes on the most beautiful poise. Now it's the throttle's turn to control the car's attitude, and it feels like you can pick whatever angle of attack you see fit. The car feels like it could do this all day, every day, without breaking sweat.

Over bumps it's the same story, the adjustable gas-filled dampers soaking up the severest of imperfections and ruts without upsetting the body control. The lack of weight is apparent in every facet of the car's behaviour, and after only a quick run up and down the road I feel supremely confident in what it can do. This is the key to the Escort's appeal, the capability that encourages you to get in and drive the rims off it straight away. Tadhg then takes me for a 'spirited' run, and the same feeling manifests itself, except turned up to 11 because (a), he knows the car inside-out and (b), he can drive.

I'm absolutely hooked by the whole experience, and it's abundantly clear to me why the Escort remains so popular, decades after its inception. With no real sign of a replacement for it in the hearts of clubmen and spectators alike, it seems certain that the old Mk2 will continue to provide entertainment to the masses. It is truly an Irish Icon, and I now have an itch that will only be scratched by driving one again.