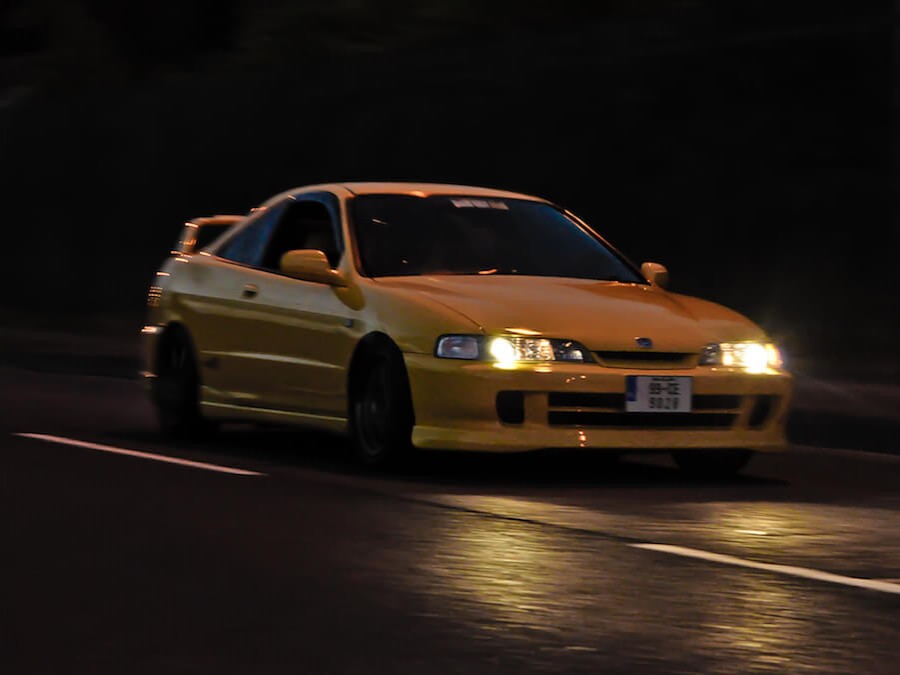 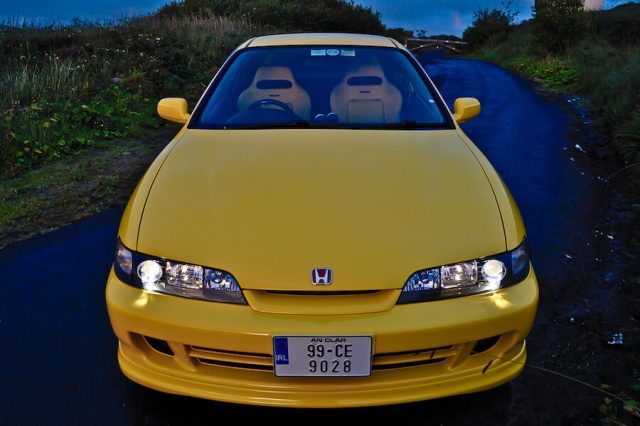 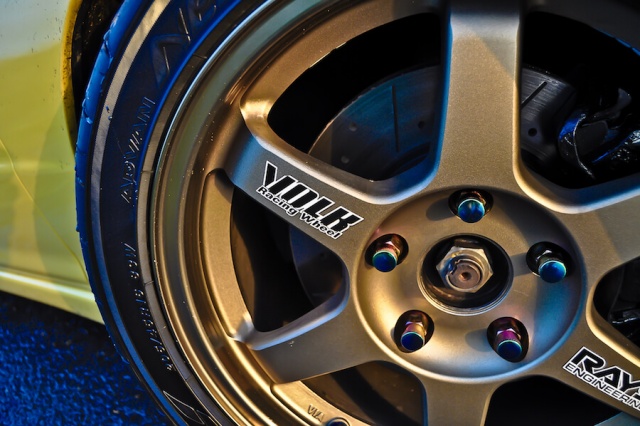 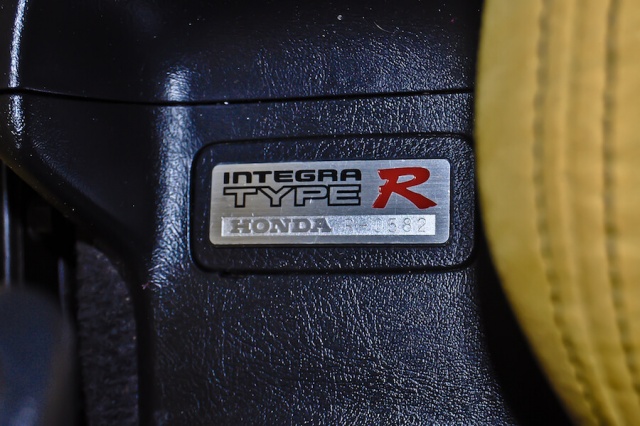 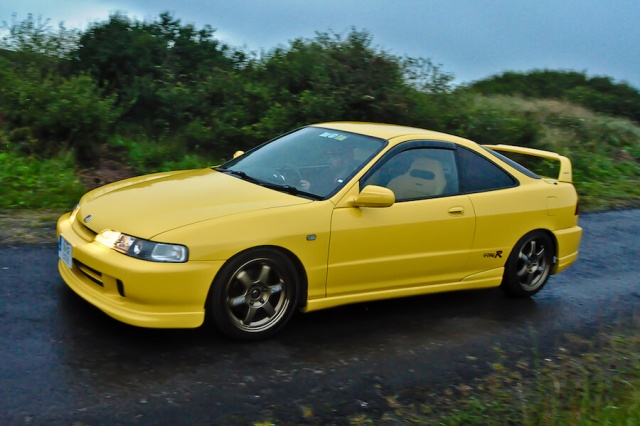 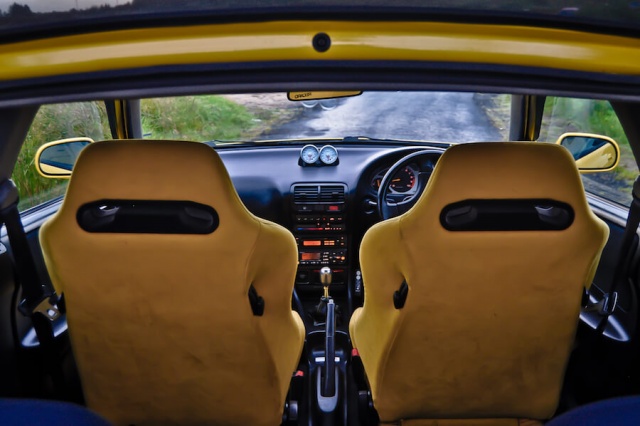 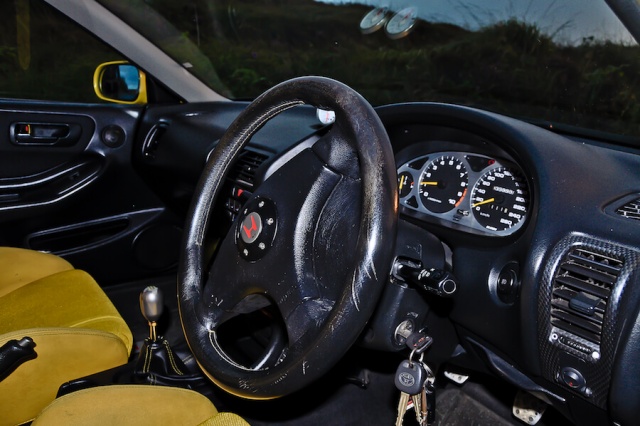 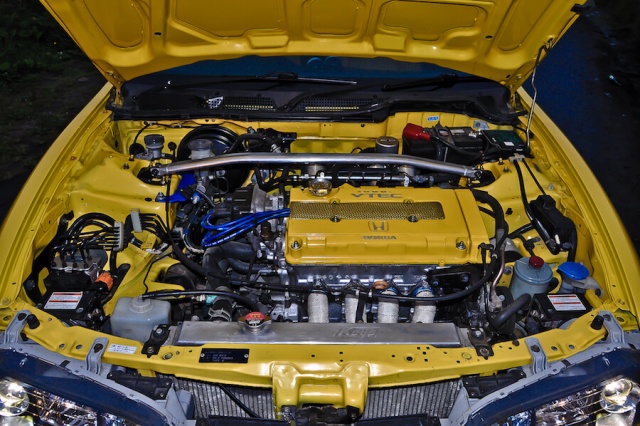 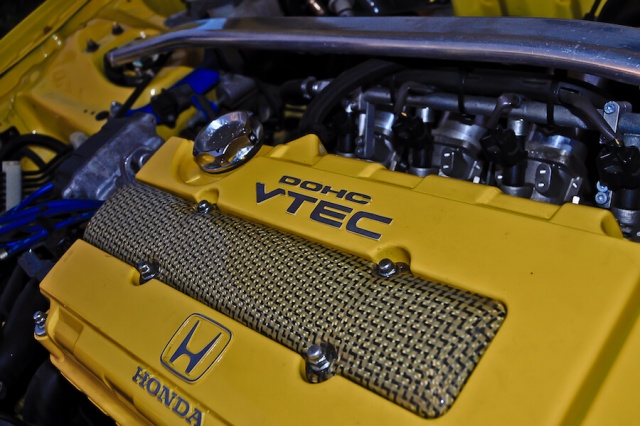 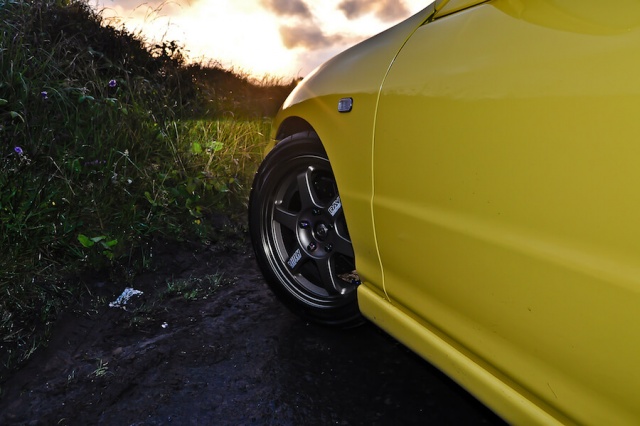 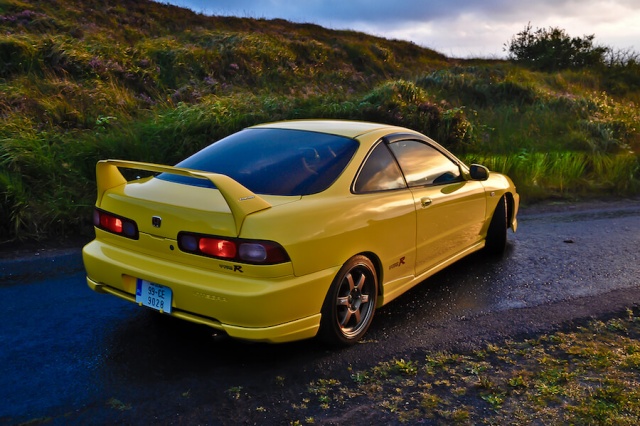 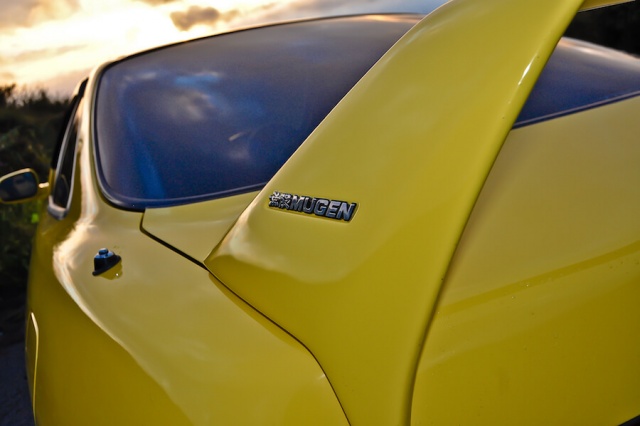 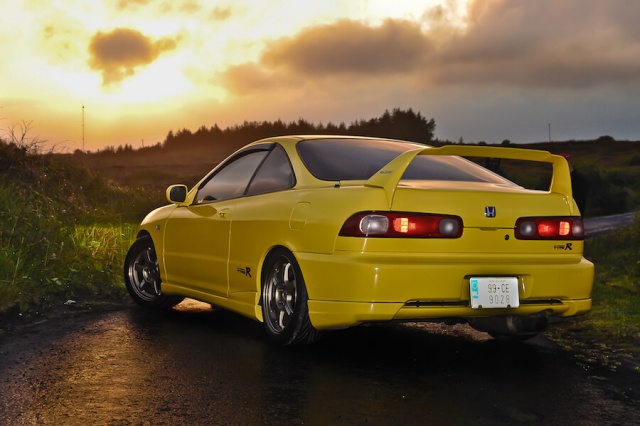 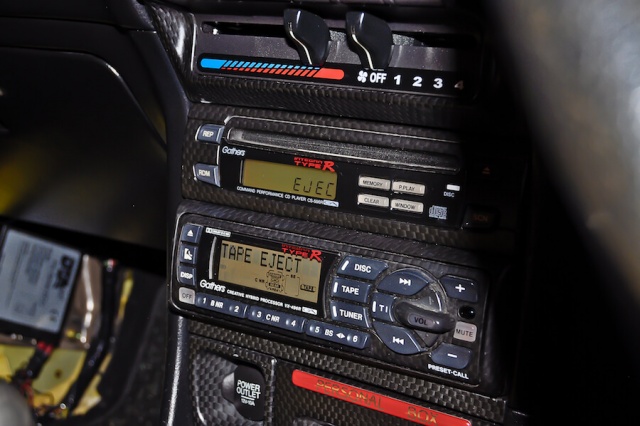 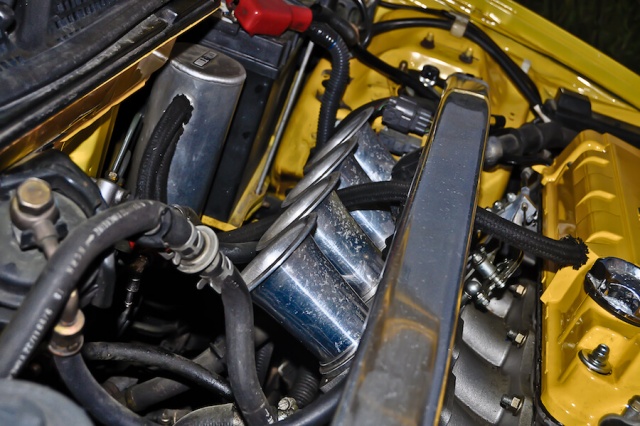 I'll never forget the first time. I heard it before I saw it, a cacophony of intake noise reverberating off the low motorway walls, rising in pitch and volume. Then, the noise changed abruptly and became a scream, a scream I would later come to recognise as VTEC. At the time, my 12-year-old brain could only compare this to something heard on a racetrack. Then, a white blur passed the Vectra I was sitting in, from which a high spoiler and a red-coloured Honda badge could just about be distinguished. The racing car then flew up the next slip road and out of sight and so the questions started. "Dad, what was that?" He was at a loss for words, pretty unsure himself of what had just tore past us. That was my first experience of a Honda Integra Type-R, and I will never forget it.

The clue is really in the name. Type-R, as in "R" for racing. There are very few production cars that can legitimately carry that type of moniker, but the Integra has as much kudos as any stripped out RS Porsche. The lengths that Honda's engineers went to are mind-boggling: strengthened chassis, thinner glass, less sound deadening, lighter wheels and that engine, which we'll get to in a moment. Despite the fact that you could specify your Type-R in Japan without a radio, clock, anti-lock brakes, rear wiper and other fripperies, Honda lost money on every car produced. This was a serious exercise, make no mistake.

By the time the four-cylinder 'B18C' engine arrived, Honda's pioneering VTEC system was in widespread use. VTEC, in case you're not aware, stands for Variable Valve Timing and Lift Electronic Control, and allows for two radically different engine characteristics by shifting the cam profile depending on engine speed and load, optimising valve lift for both low and high engine revs. This is what gave my eardrums such an assault that day, that crazy shift from production engine to something more akin to a touring car unit. Honda was always a master at extracting power from normally-aspirated production engines, but this was something else. Coupled with a short-ratio gearbox and helical limited slip differential, the powerplant suited the car's character down to the ground. Buzzy, frenetic, and with a vociferous appetite for revs, peak output from the 1.8-litre unit was 197hp at 8,000rpm, a point where most engines have long given up and gone home. The tachometer displayed digits up to 10 and the rev limiter didn't bother you until you hit 8,700rpm. Mental stuff.

The Type-R was sold in various guises, with export models differing from JDM (Japanese Domestic Market) cars in frontal styling and options. With the Celtic Tiger roaring loudly in the 2000s, many JDM-only cars from Glanzas to Skylines found their way to our shores. This was manna from heaven for a young enthusiast like me, and it seemed that every week a new beast could be spotted prowling around the local backroads. The Integra always held a special place in my heart, however and a brief drive in a friend's track-prepped example only added to the desire for one. I considered buying an example for a short time before settling on a diet of French hot hatches, mainly due to one unfortunate fact. There's no polite way to say it, but fast Hondas tend to attract scum in this country. Stories of Type-Rs being robbed and torched are all too common, which is an absolute travesty for owners who spend every spare moment tinkering and fettling with their pride and joy. Despite this, Ireland has one of the biggest Honda scenes outside Japan, and there are some truly stunning examples up and down the land.

Not so mellow yellow

All Type-Rs were built equal, but some are more equal than others... Step forward Paul McNamara's 1999 Phoenix Yellow model, with added yellowness inside. To the casual observer, this is an old egg-coloured car, but to Jap fans this is the Holy Grail. It's one of the only examples currently on the road in the country, and it's beyond mint. It came from Japan (with a Grade 5 auction sheet, the highest standard) via the UK, and Paul has been slowly turning it into his dream Integra over the last few years. There aren't too many tidier cars in Ireland, and in this watery evening sunset it looks unbelievably good. There's a few choice visual modifications, such as the gold Volk Racing TE37 wheels and the Spoon rear spoiler (both big JDM brands), but these merely add to the racing-car-for-the-road image.

Inside, it's kind of hard to see past the bright yellow Recaros. They are supremely supportive though, with harness slots featured as standard. There are loads more nice touches and rare options that would send Honda heads wild with envy (the spec sheet is as long as your arm), but Type-Rs are about driving, and that's what we're going to do today.

As the B18C engine cranks and settles into a docile idle, you could be forgiven for thinking that a sewing machine has found its way under the bonnet. This is all the more impressive considering the four individual throttle bodies nestling three feet away from your ears, and the litany of internal work done to the engine. Paul informs me that it's now pushing out around 220hp, and on this damp evening the sophisticated coilover suspension and LSD will certainly earn their crust, especially due to the lack of any stability aids or ABS...

At normal speeds, the car feels a little unhappy; the engine is out of its power band, the ride stiff, the exhaust note resonant. Flashes of promise are apparent though: the pin-sharp steering, the perfect driving position and gearchange, the rawness. Every part of the car feels alive to touch; every tiny change in road surface is communicated through your fingertips and buttocks. The Integra weighs around 1,200kg and you really have to wonder why manufacturers insist on loading modern cars up with unnecessary detritus. Low weight fixes everything.

Racing cars only really start to work when you push them hard, and the DC2 is no exception. The first time I take the engine north of 5,500rpm and those spiky cam lobes engage is nothing short of a revelation. The sound is just other-worldly; the only thing I can vaguely compare it to is a touring car-spec BMW E30 M3. The speed piles on, and the short-ratio gearbox means that you can keep it revving to bursting point all day long if you so choose. There has rarely been such a perfectly matched engine and chassis combination, and Paul's modifications have gently improved upon the factory formula without taking anything away from the experience.

The chassis rewards commitment quite like nothing else on the road today. Be on your toes though, as the inherent adjustability can be a handful, especially in the wet. Once mastered, however, it contributes to astounding cross-country pace. You can really lean on the brakes thanks to the lack of weight, trailing the pedal on turn-in and feeling the nose nail itself to the apex as the rear rotates around the bottom of your spine. You can provoke the tail even more if you wish, but you know you've really aced it when you have to wind off just the tiniest bit of lock before jumping on the throttle once again. The diff works its magic in the background, never obtrusive or clunky, just supremely natural and supremely effective. Understeer just isn't an issue, so you can guide the little Honda across ground at huge speeds, with the world's biggest grin on your face. You forgive the car's low-speed idiosyncrasies, because the rewards for driving hard are so high.

This has to be one of the best driver's cars of all time, right up there in the top echelon alongside machines worth ten times more. I rate cars on the "dawn raid" factor. Basically, if you find yourself setting an alarm for 5am for no reason other than to go for a spirited drive on an empty road, it has to be a pretty special machine. If I owned this Integra, I'd be up and out the door before sunrise seven days a week.

Read the first in the series of Irish icons: Ford Escort MkII

Read the second in the series of Irish icons: Mitsubishi Lancer Evolution