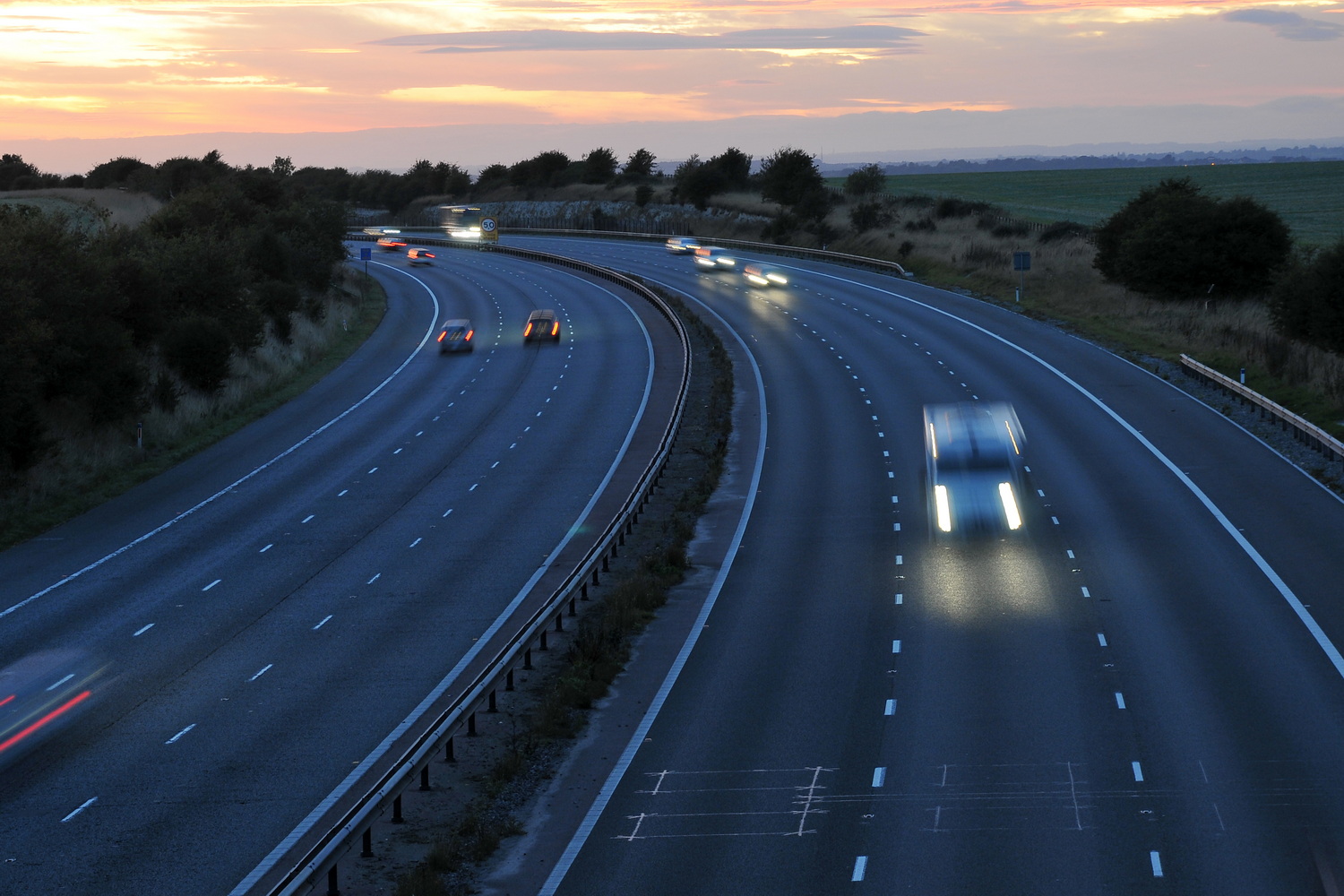 Everything you need to know about the correct use of motorway lanes in Ireland.

While using motorways in Ireland isn't especially complicated, the high speeds at which vehicles are travelling means that drivers must be all the more alert to both what they and other drivers are doing. Longer braking distances mean that quick reaction times, the use of mirrors and timely signalling of the intention to change lanes can be critical in avoiding serious accidents.

The lane system is simple enough: drivers must drive in one direction only and at a speed that does not interfere with the flow of other traffic - no cyclists, horses or vehicles of less than 50cc then. Never stop on a motorway unless told to do so by a Garda or in an emergency. Never drive in the hard shoulder, and only stop there in the event of an emergency such as a breakdown. Learner drivers must also not drive on a motorway until they've passed their test.

Beyond those rules however, the two most critical areas where drivers may need a quick refresher is when it comes to motorway speed and the correct use of lanes. Let's take a look at both.

The maximum speed limit on any motorway in Ireland is 120km/h. Some, for example the M50, have lower speed limits, which are clearly indicated.

The exceptions to this are if there are signs indicating otherwise (due to roadworks or other safety reasons, for example) or if you're driving a vehicle such as an HGV or bus that is subject to a lower speed limit.

If it doesn't feel safe to drive at the maximum motorway speed limit, reduce your speed to one at which you feel comfortable, providing you're still keeping up with the flow of traffic.

What about stopping distances?

Remember, 120km/h is the maximum and, depending on conditions, it may not always be safe to drive at that speed. In wet weather, stopping distances can almost double. In icy conditions, it can be much longer again.

When it comes to judging the safe distance between your car and the one in front in the dry, use the "two-second rule" as a general guide. Pick a fixed point, note when the car in front passes it and say the words "only a fool breaks the two-second rule." If you pass that fixed point before you finish saying the phrase, you're too close to the car in front and may need to adjust your speed and distance accordingly. In wet weather, repeat it twice. In icy or foggy weather repeat it four to five times.

While the two-second rule should apply on all types of roads, at high motorway speeds keeping your distance from the car in front is especially important.

How to use motorway lanes

Motorways in Ireland usually consist of two or three lanes and, at junctions, an auxiliary lane.

Drivers entering a motorway must use the auxiliary lane to build up their speed to match that of other traffic already on the motorway. As they prepare to merge, they must indicate in good time, checking their mirrors and only entering the motorway when it is safe to do so.

Drivers leaving a motorway should check their mirrors and indicate their intention to pull into the auxiliary lane, reducing their speed as appropriate.

Where motorway junctions are close together, there may be an auxiliary lane between them. If you enter a motorway at one junction and plan to exit at the next, you may stay in the auxiliary lane.

This is always the furthest left lane on a motorway (apart from the auxiliary) and it's the one in which drivers should, unless overtaking, remain.

As well as overtaking, if you see another motorist attempting to merge from an auxiliary lane, check your mirrors, indicate as appropriate and move into the lane to the right to give them space.

Always move back into Lane 1 as soon as possible, checking your mirrors and indicating to the left as you do so.

Lane 2 may only be used for overtaking or for allowing other traffic to merge.

One exception to this is on a three-lane motorway when there's a queue of slow-moving traffic in Lane 1 - drivers may then stay in Lane 2. Where the motorway is experiencing heavy volumes of stop-start traffic, vehicles in Lane 1 may, at times, be moving faster, but that's often unavoidable.

As a rule, don't stay in Lane 2 for longer than is necessary.

A three-lane motorway may exist to accommodate heavier volumes of traffic. The same rules as other lanes apply: keep left as much as possible and only use the furthest right lane for overtaking.

Other things to remember

Regardless of whether it is Lane 2 or Lane 3, drivers of HGVs or vehicles towing a caravan, horsebox or trailer must not use the lane closest to the central median. It is an offence to do so and may incur a fine of up to €120 and three penalty points.

Indicating doesn't mean you have right of way, and you must only make a manoeuvre if it will not cause other traffic around you to brake or change lanes suddenly.

Blind spots are also a major concern on a motorway. A very quick turn of the head to the left or right before a manoeuvre can help ensure there are no other vehicles in your blind spot. Also, be aware of other drivers' blind spots and try to avoid driving in them.