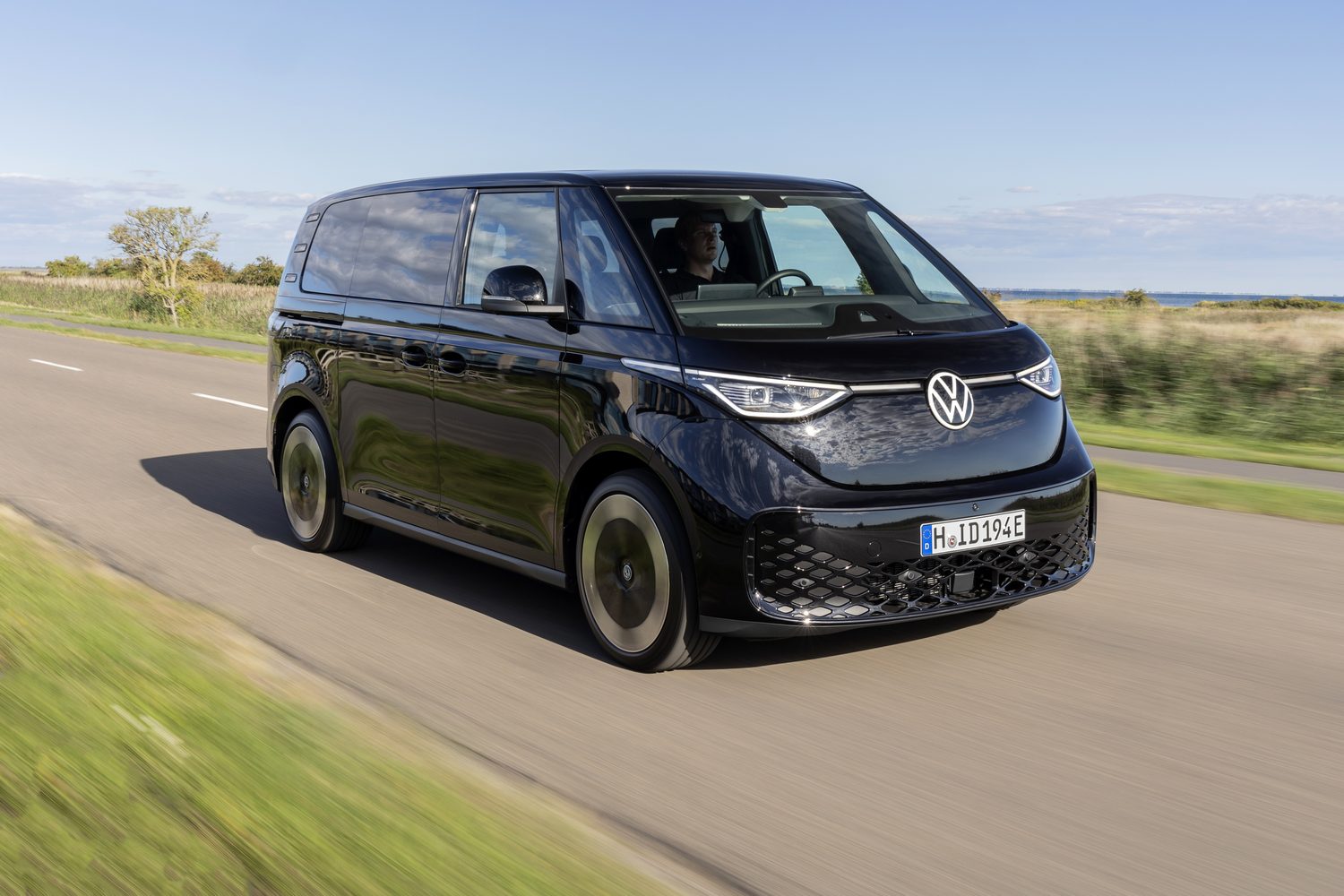 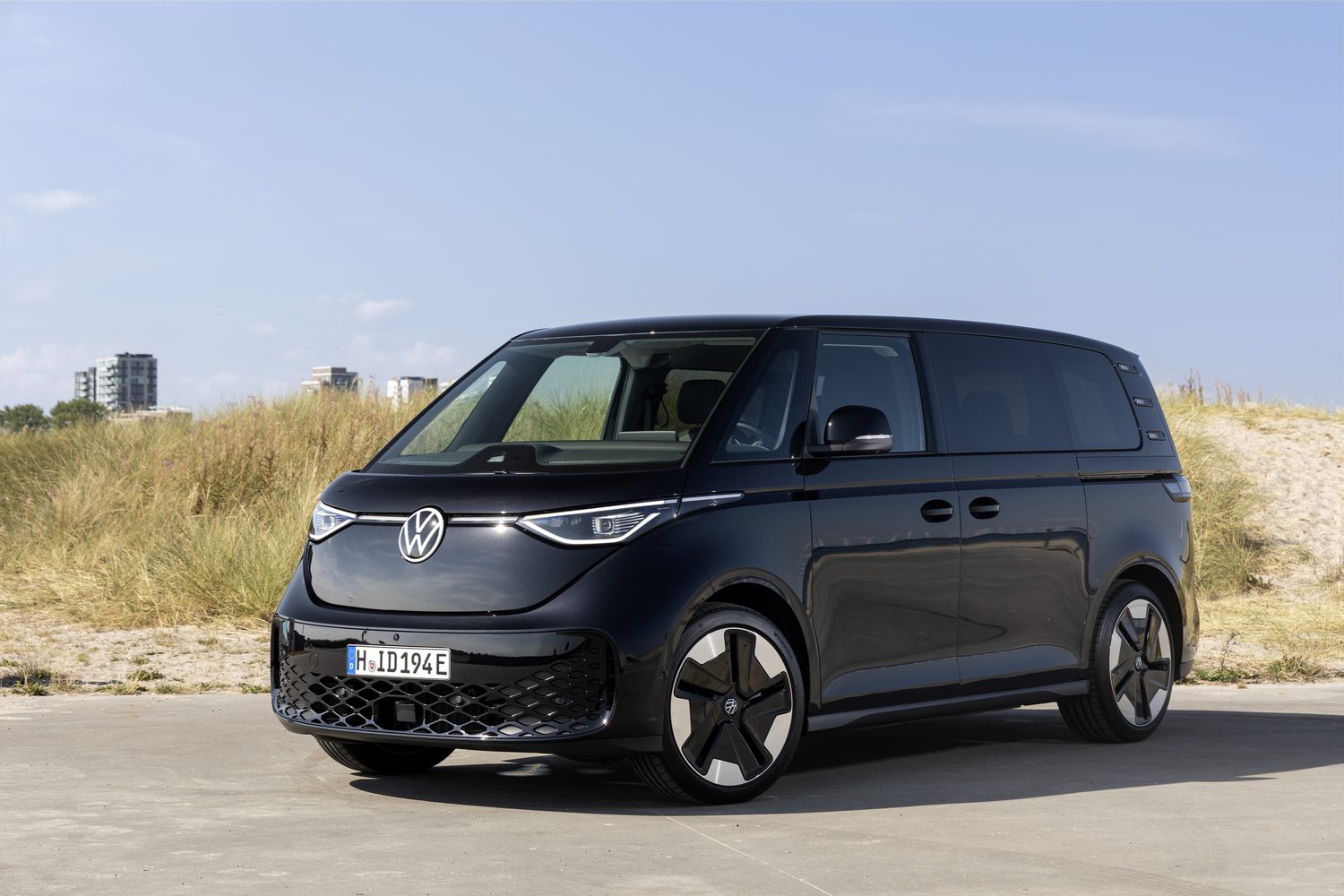 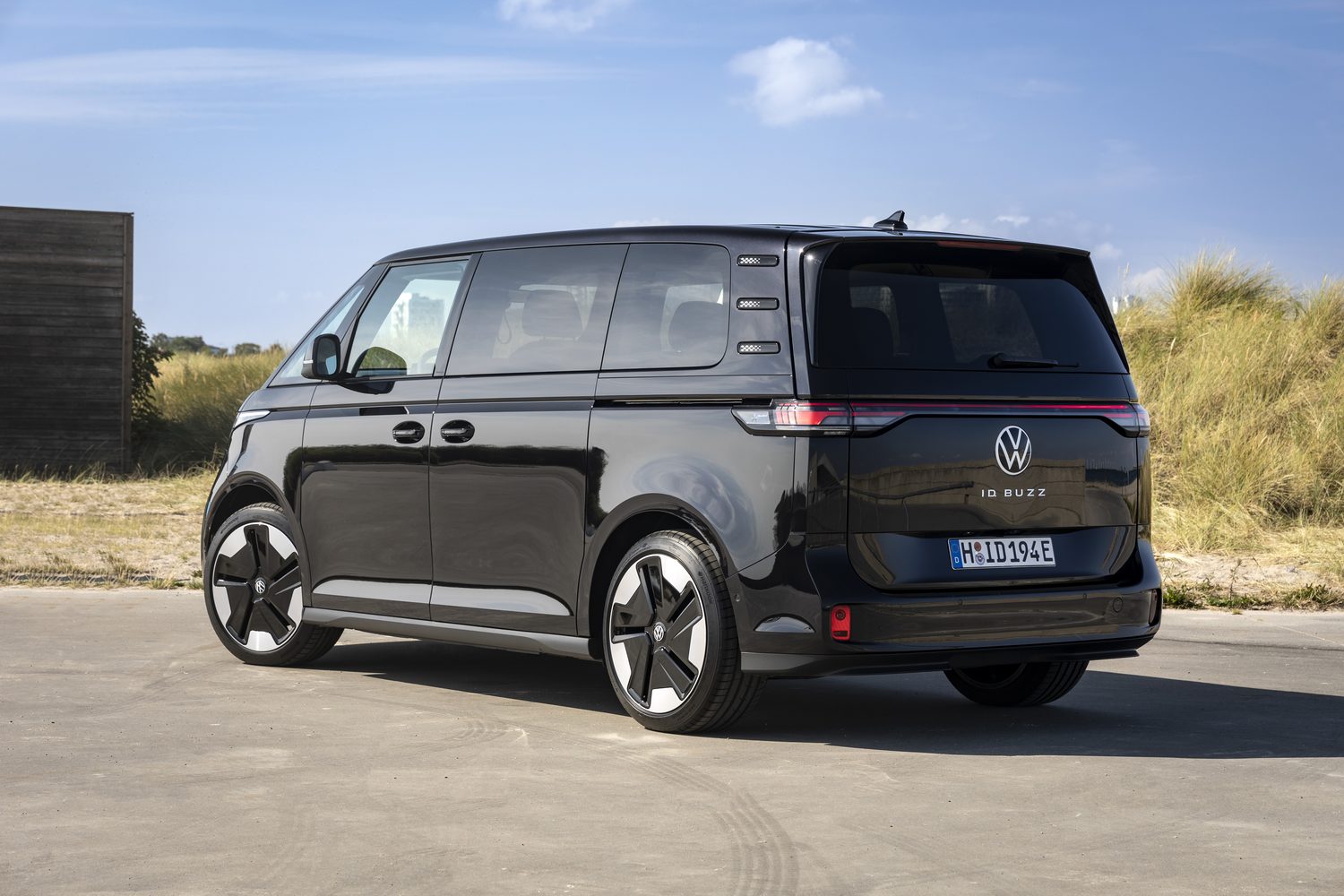 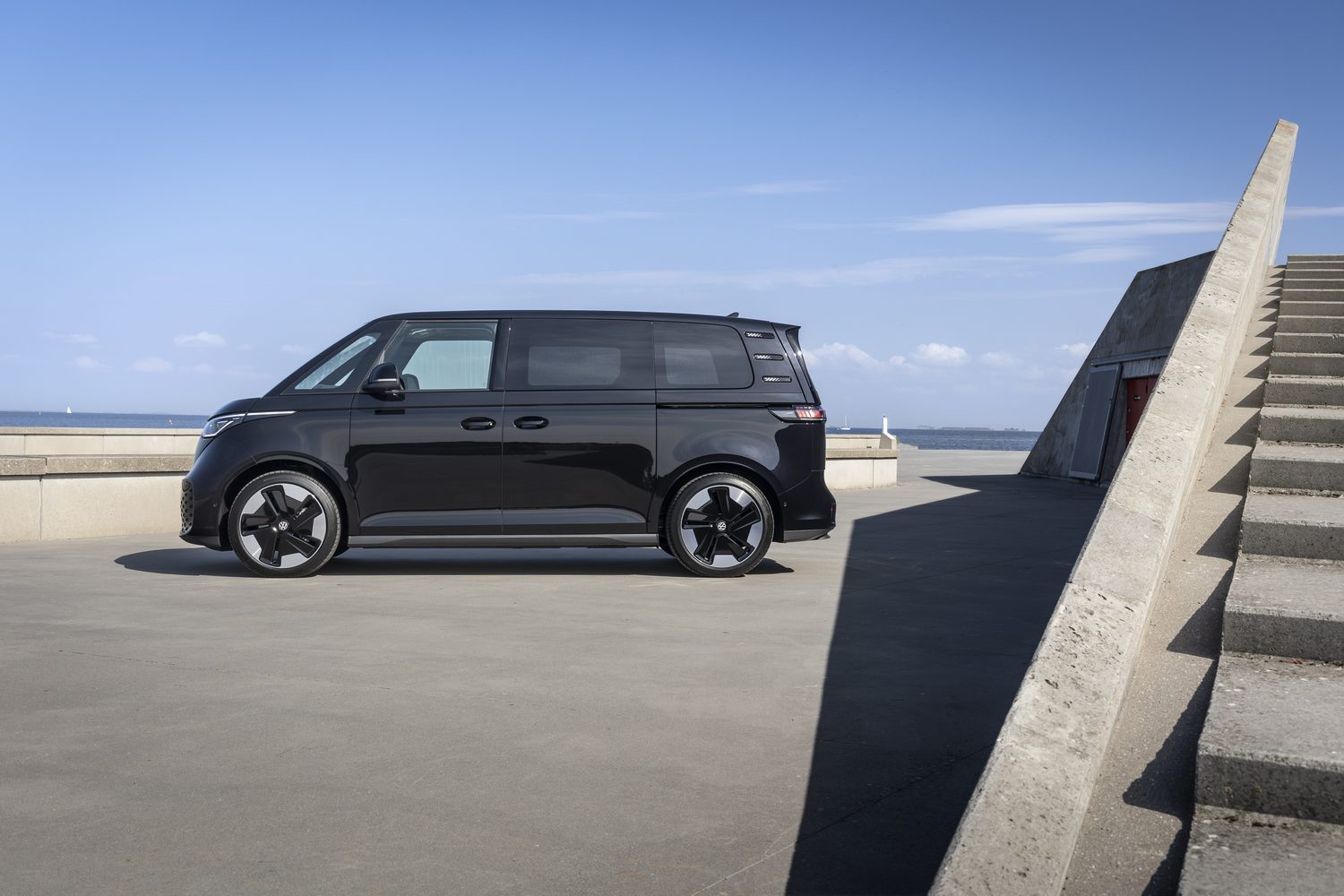 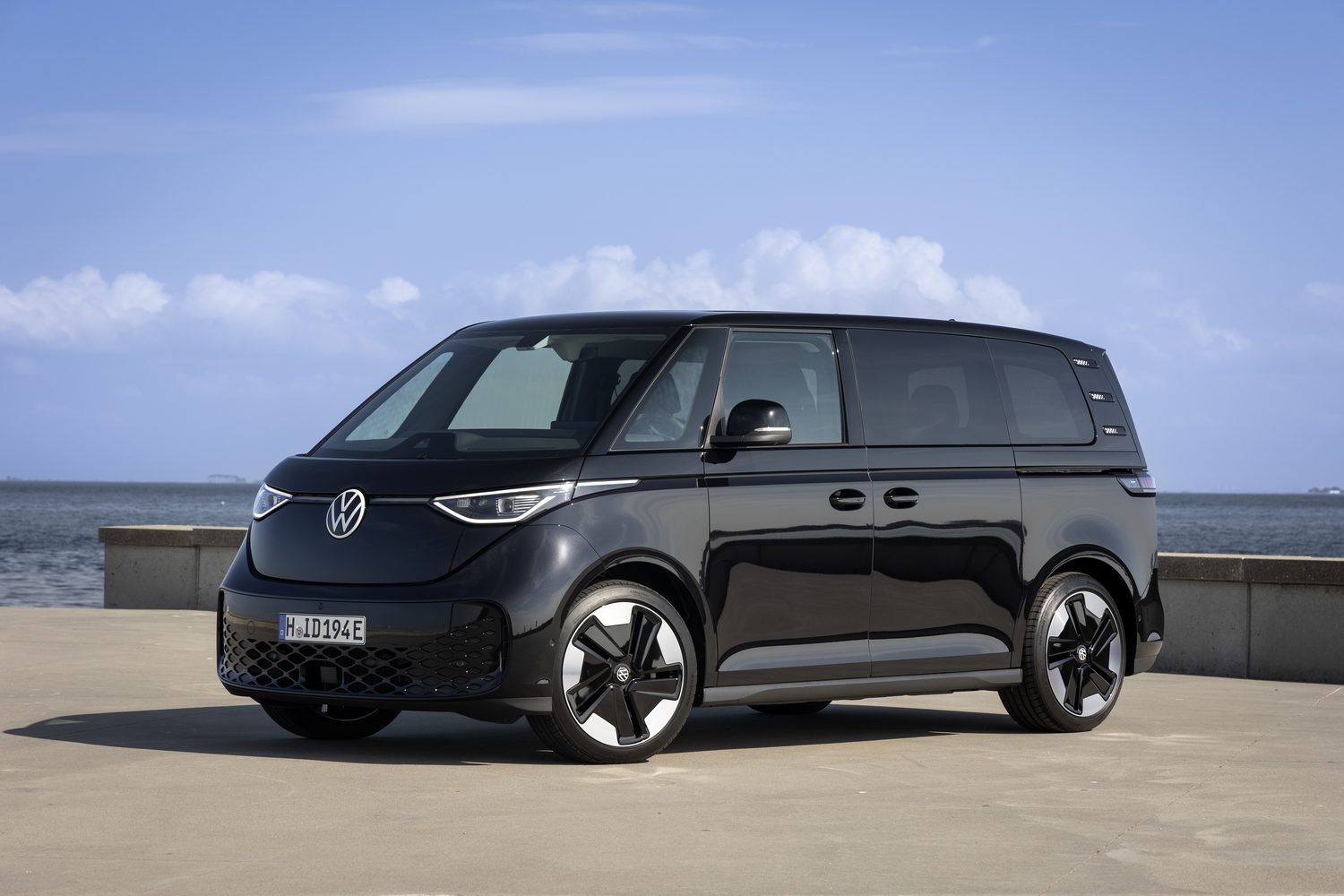 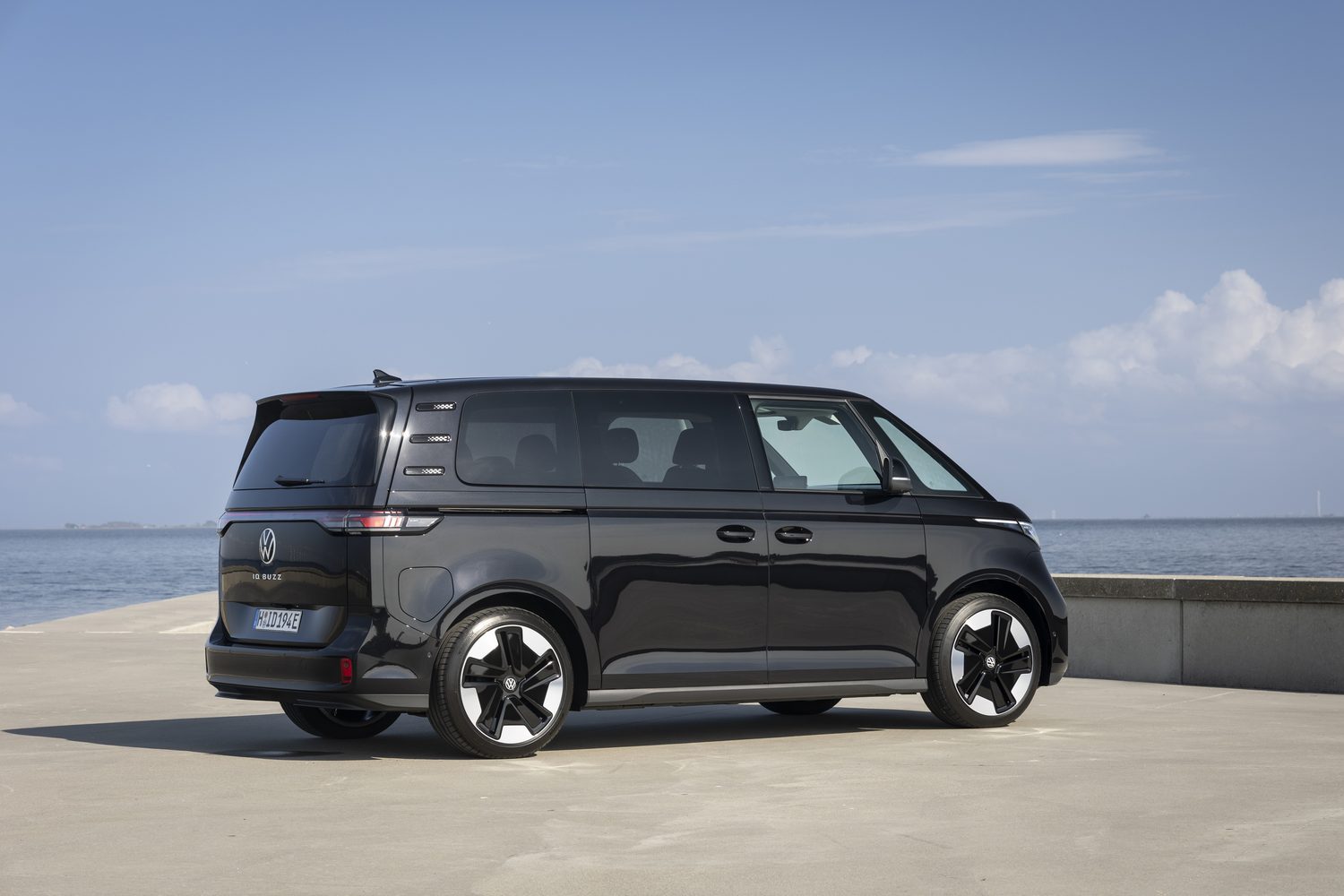 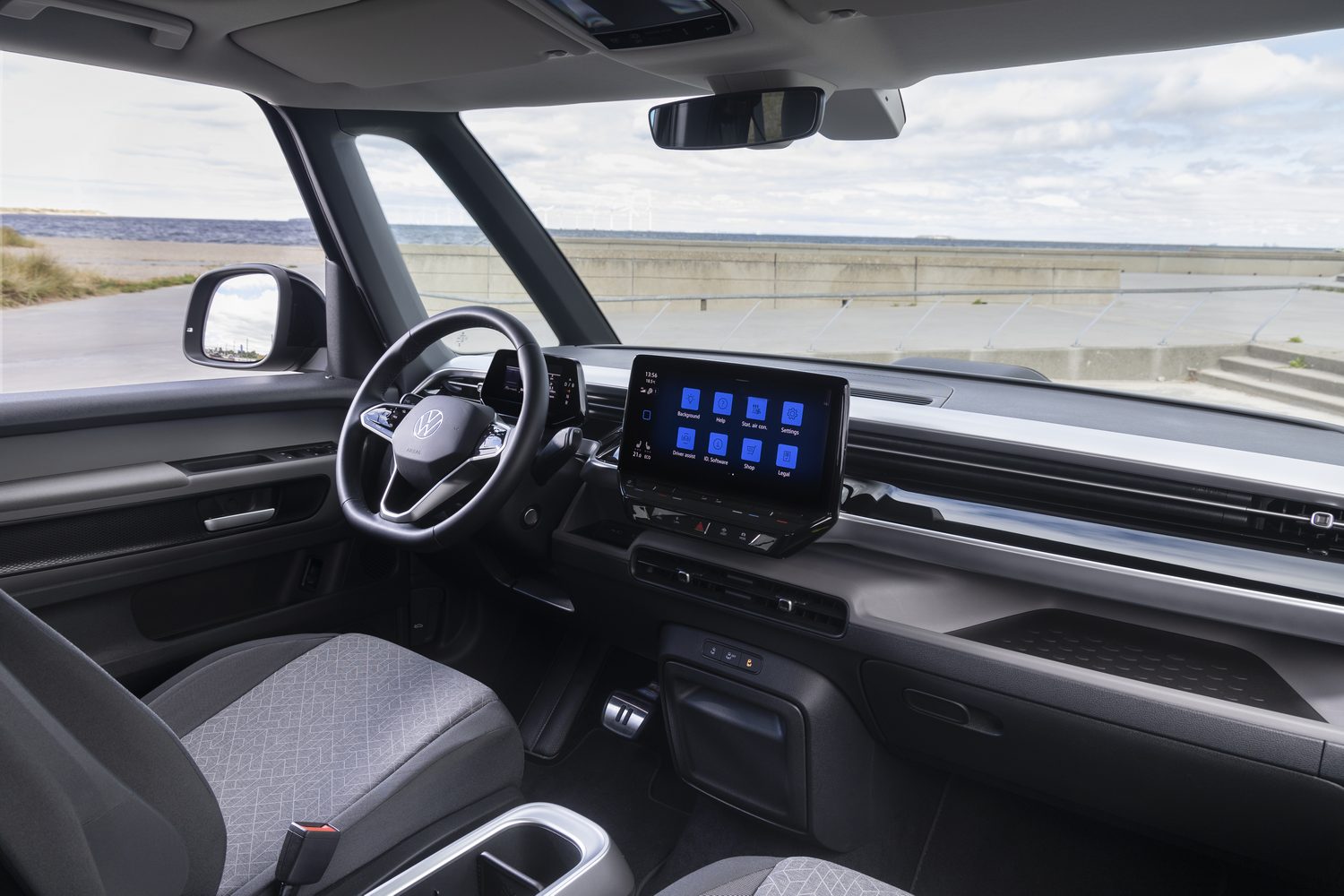 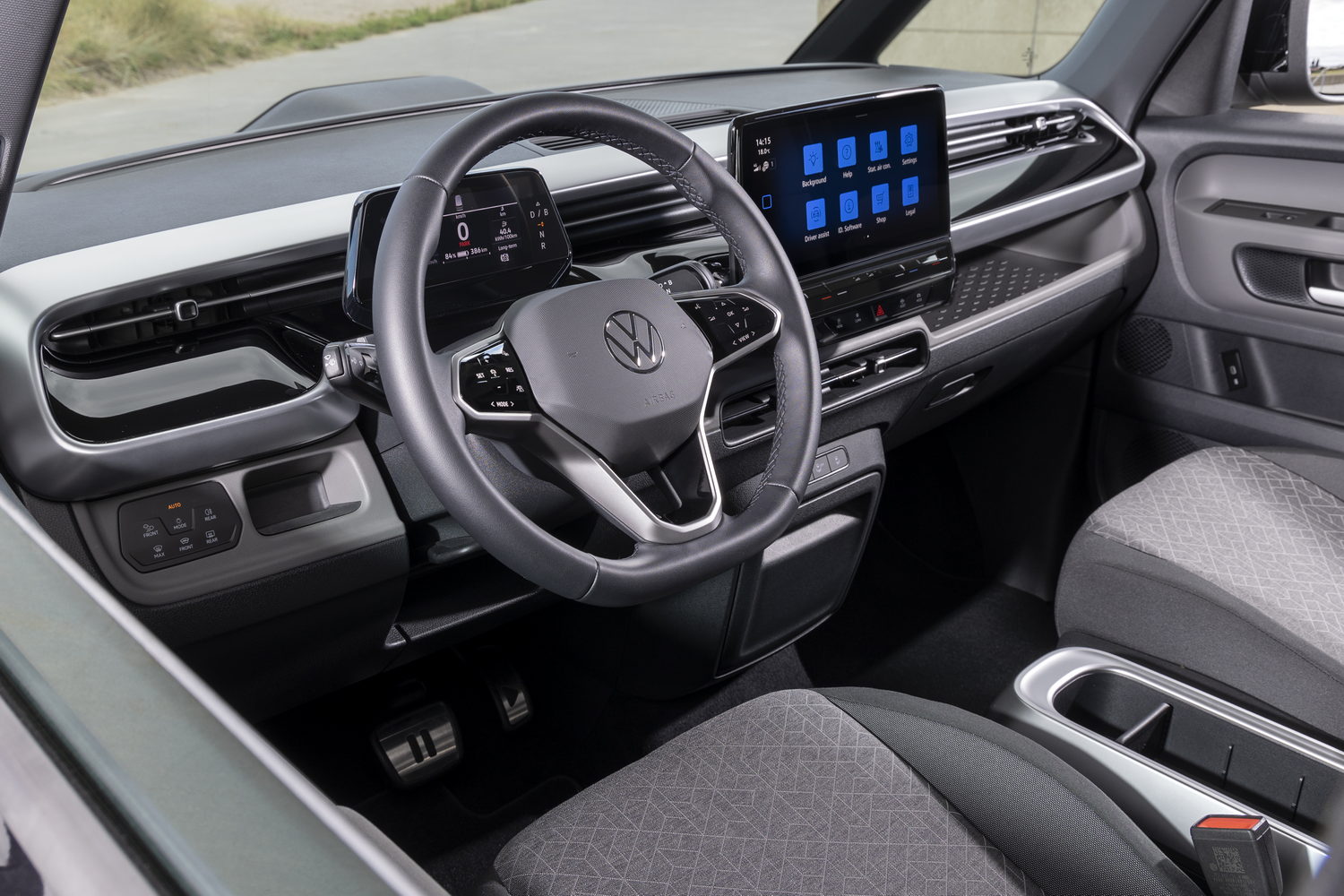 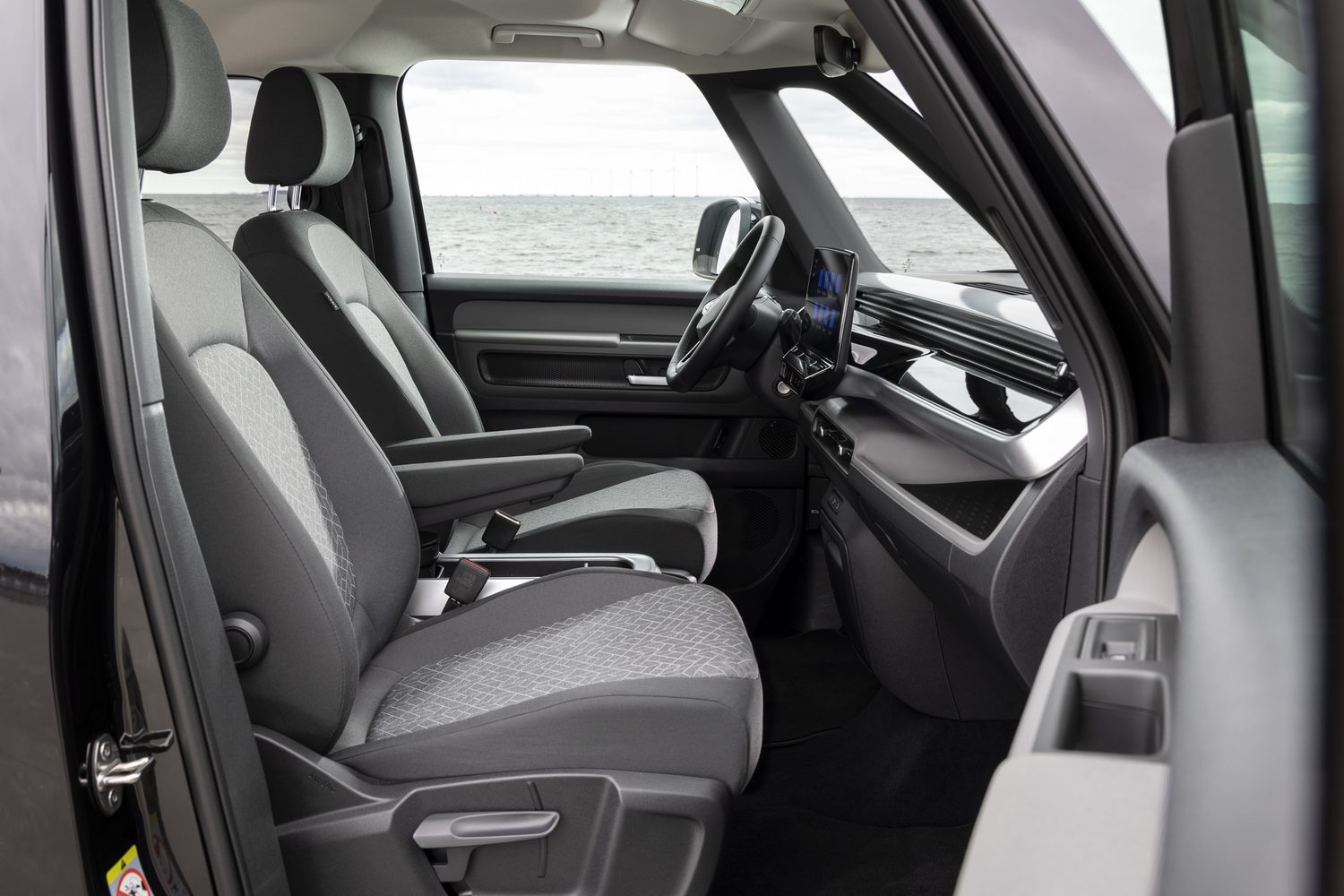 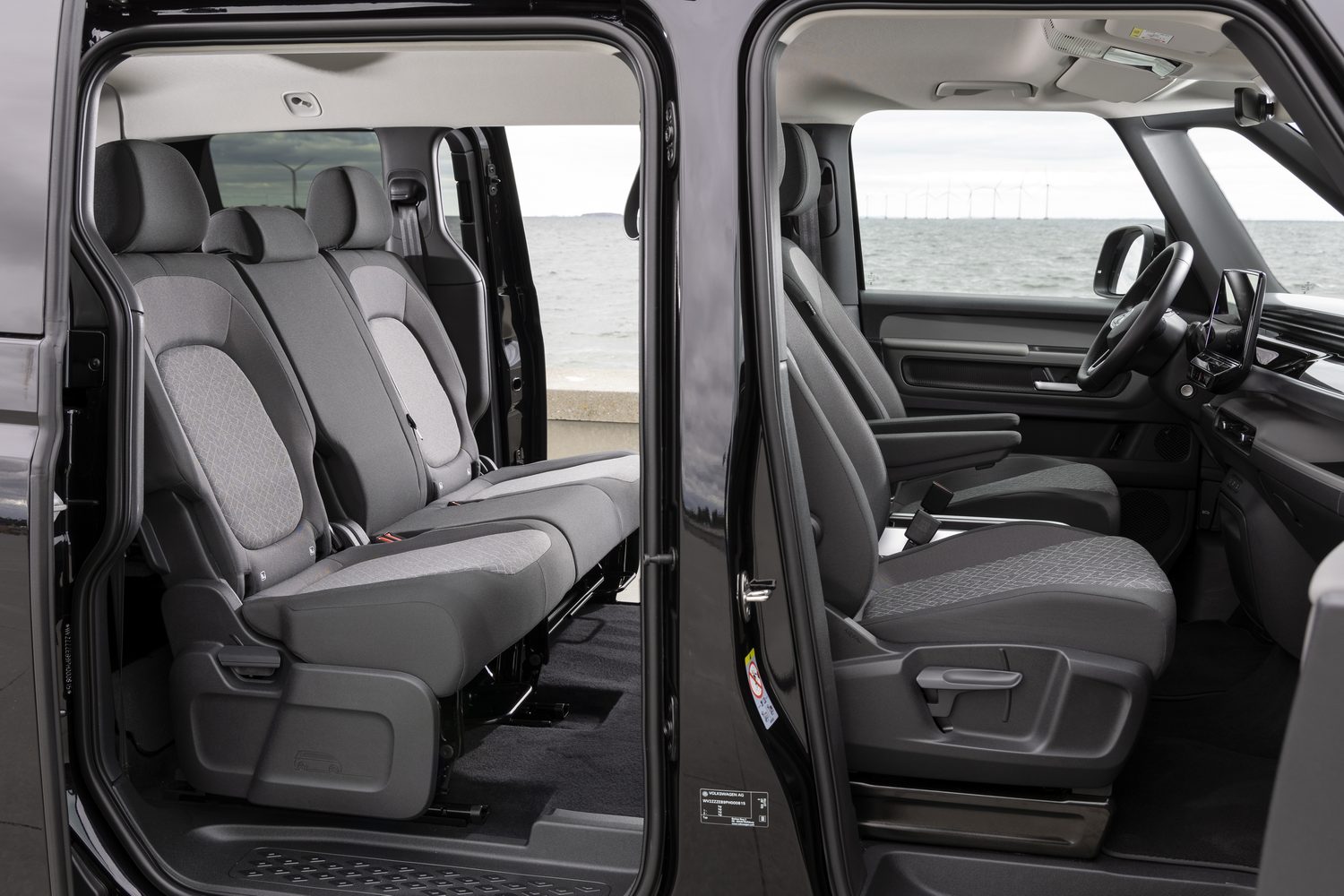 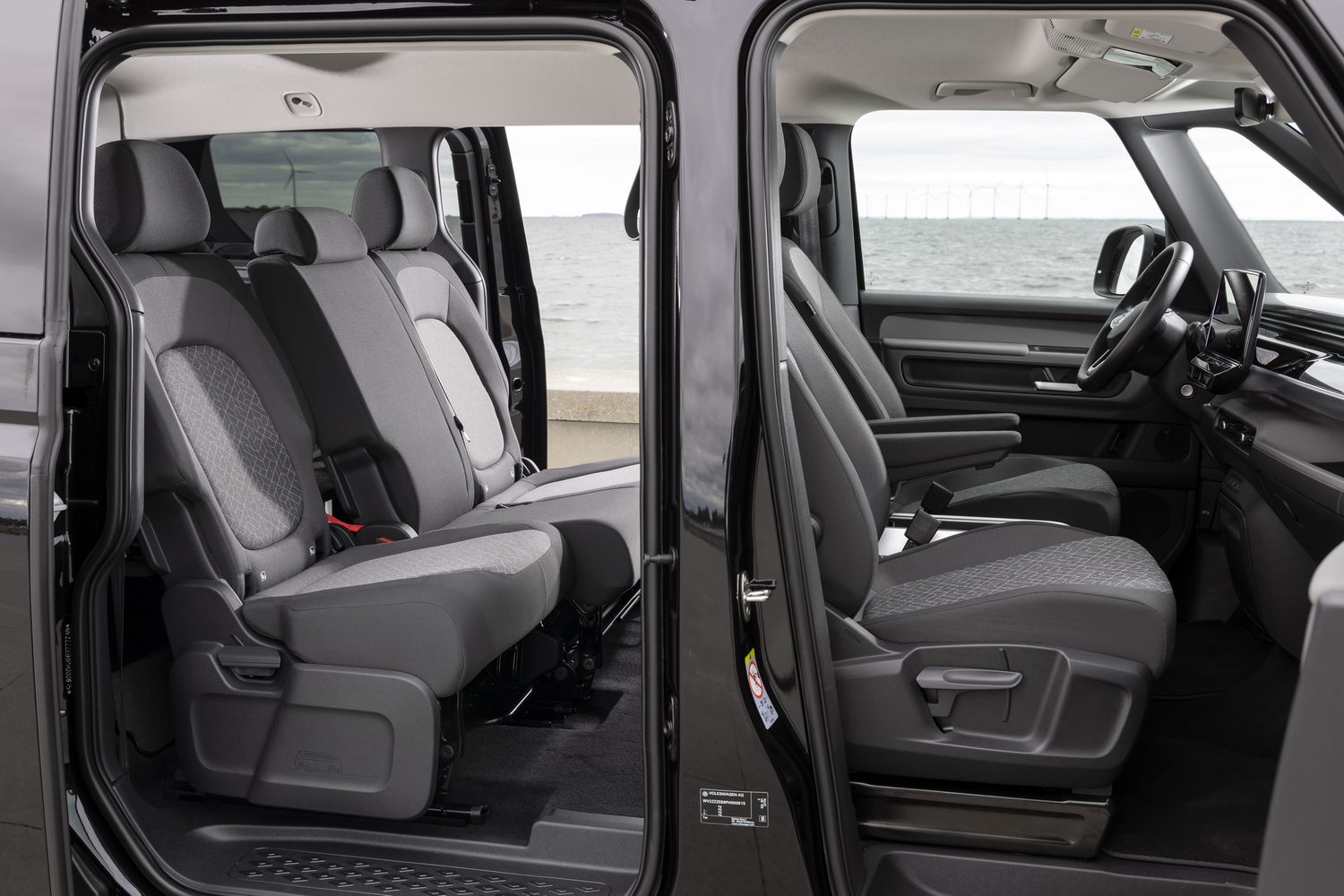 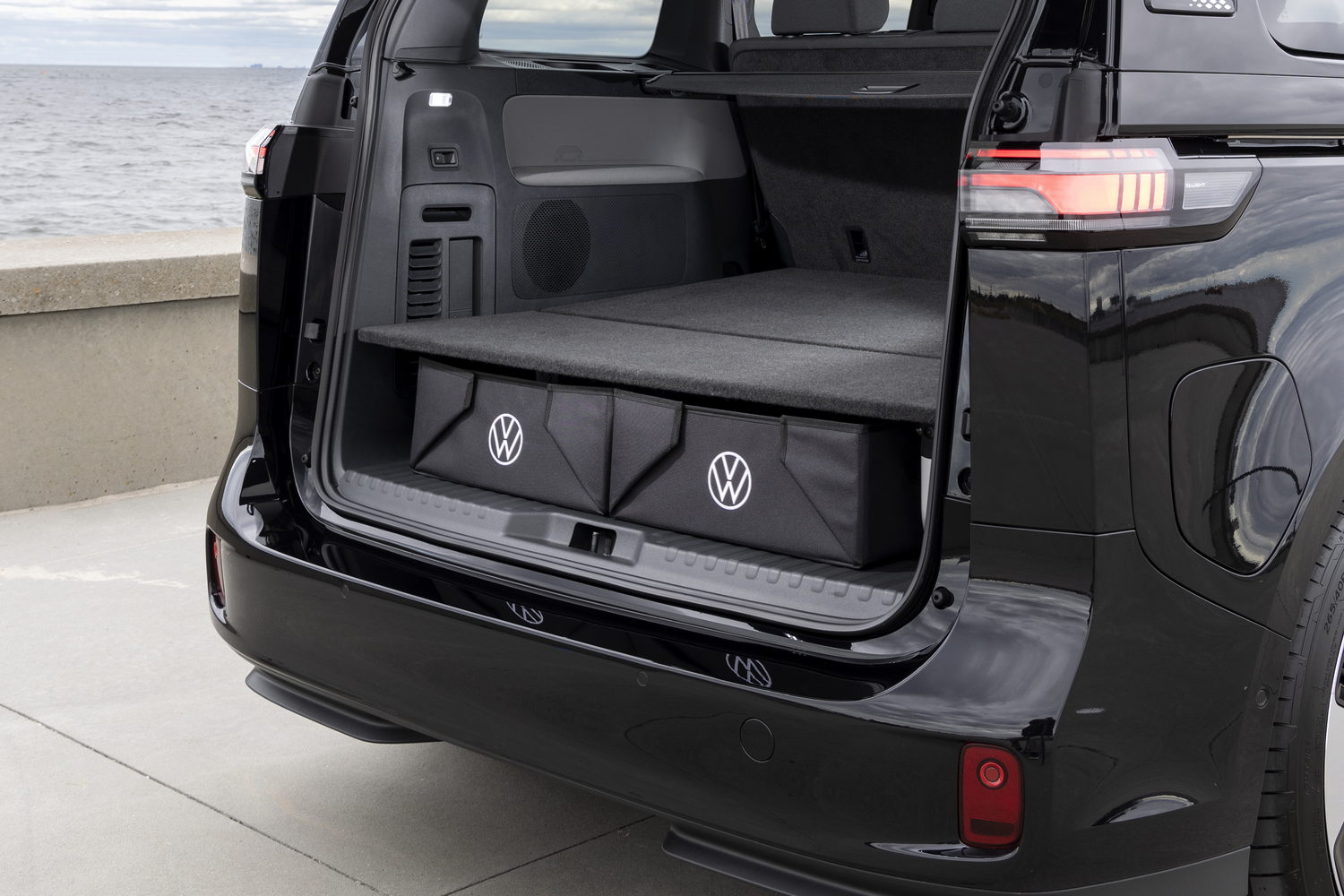 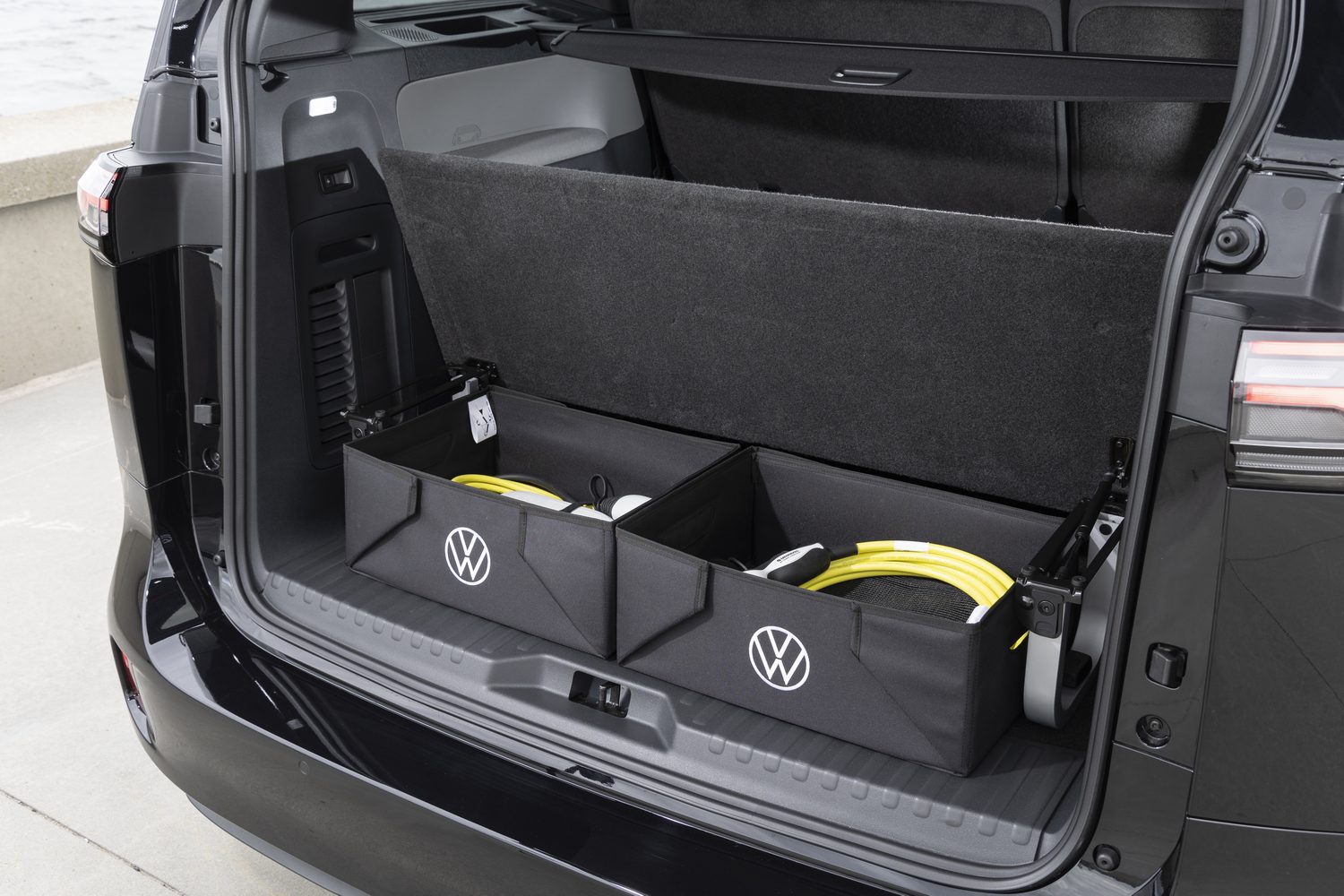 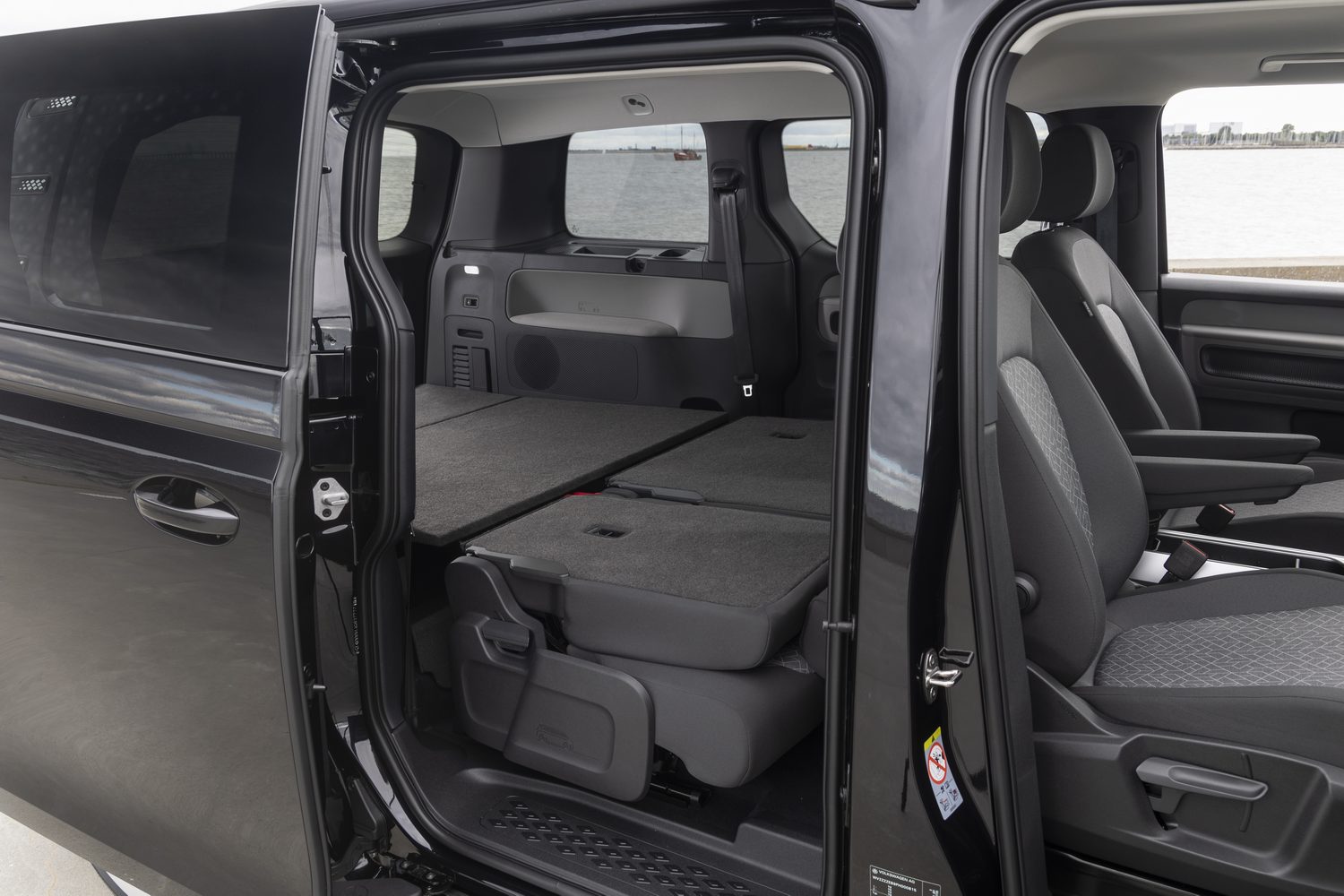 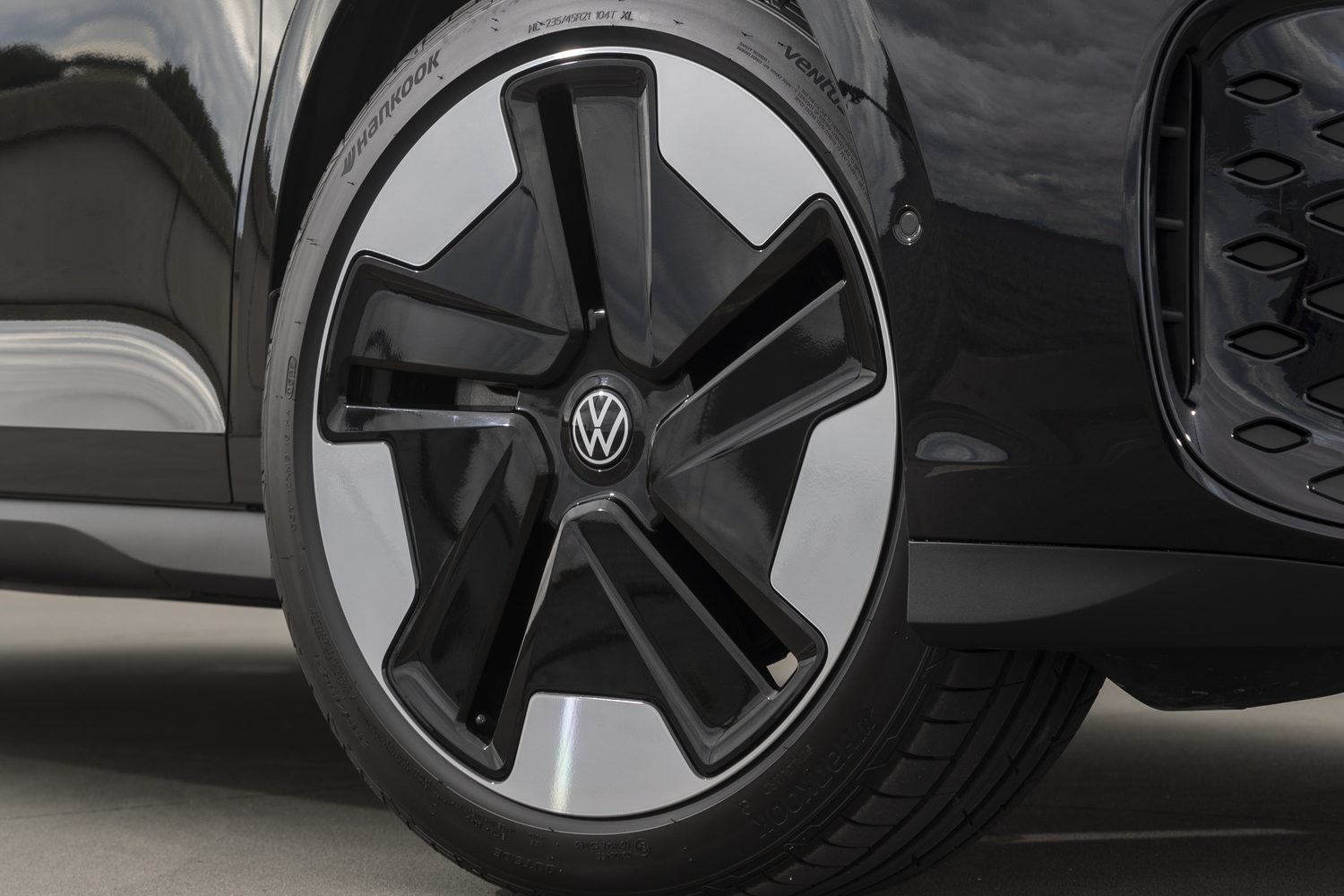 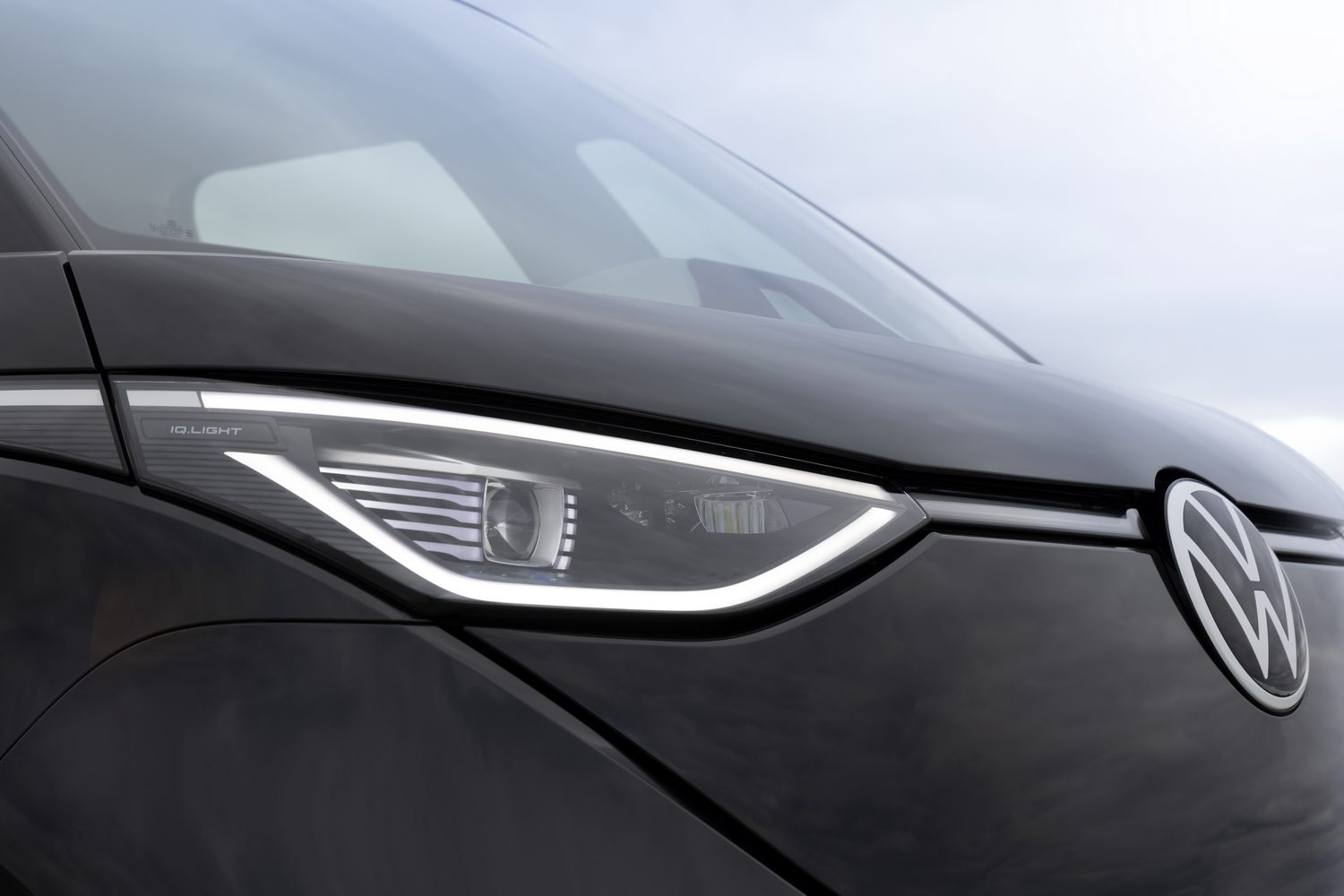 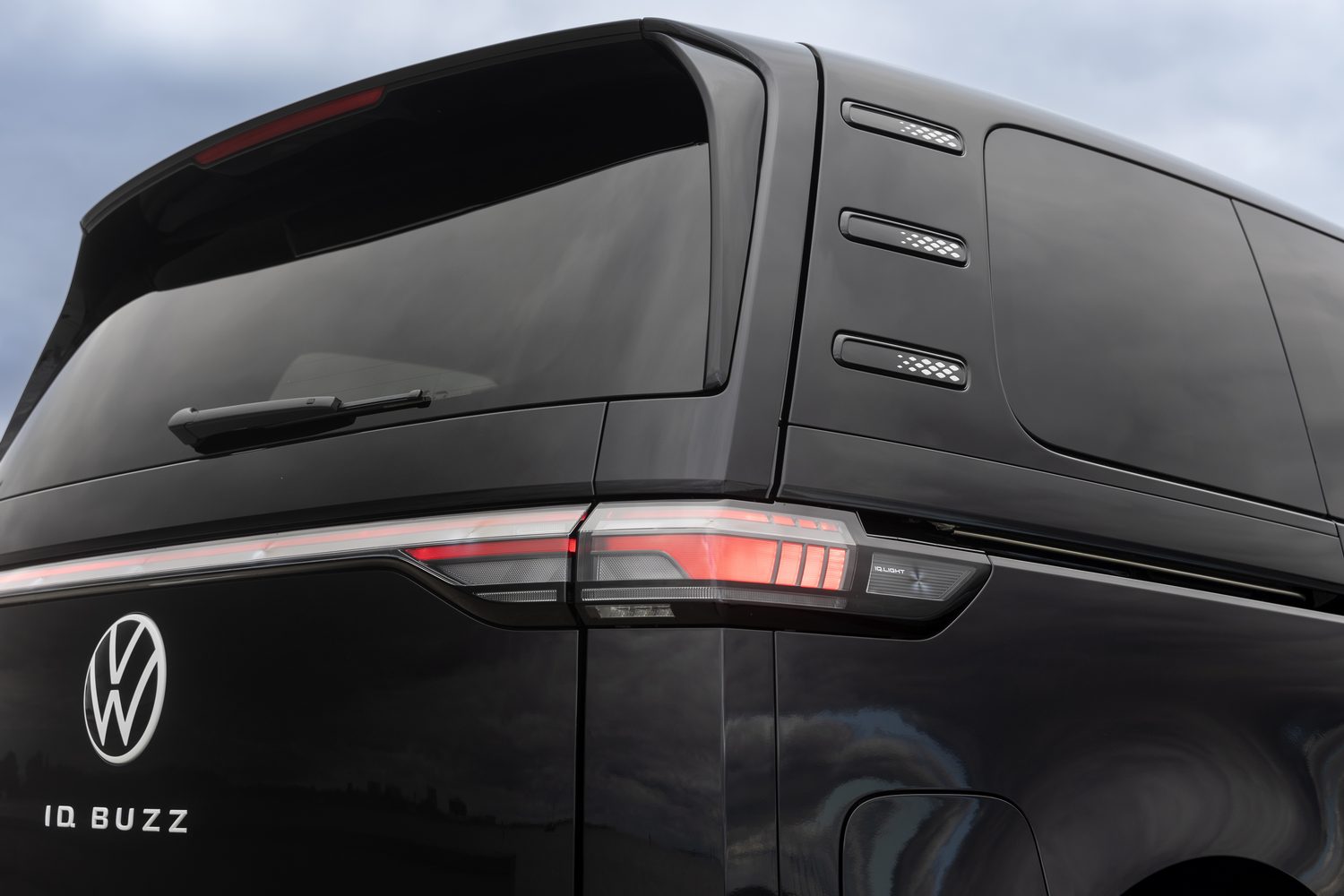 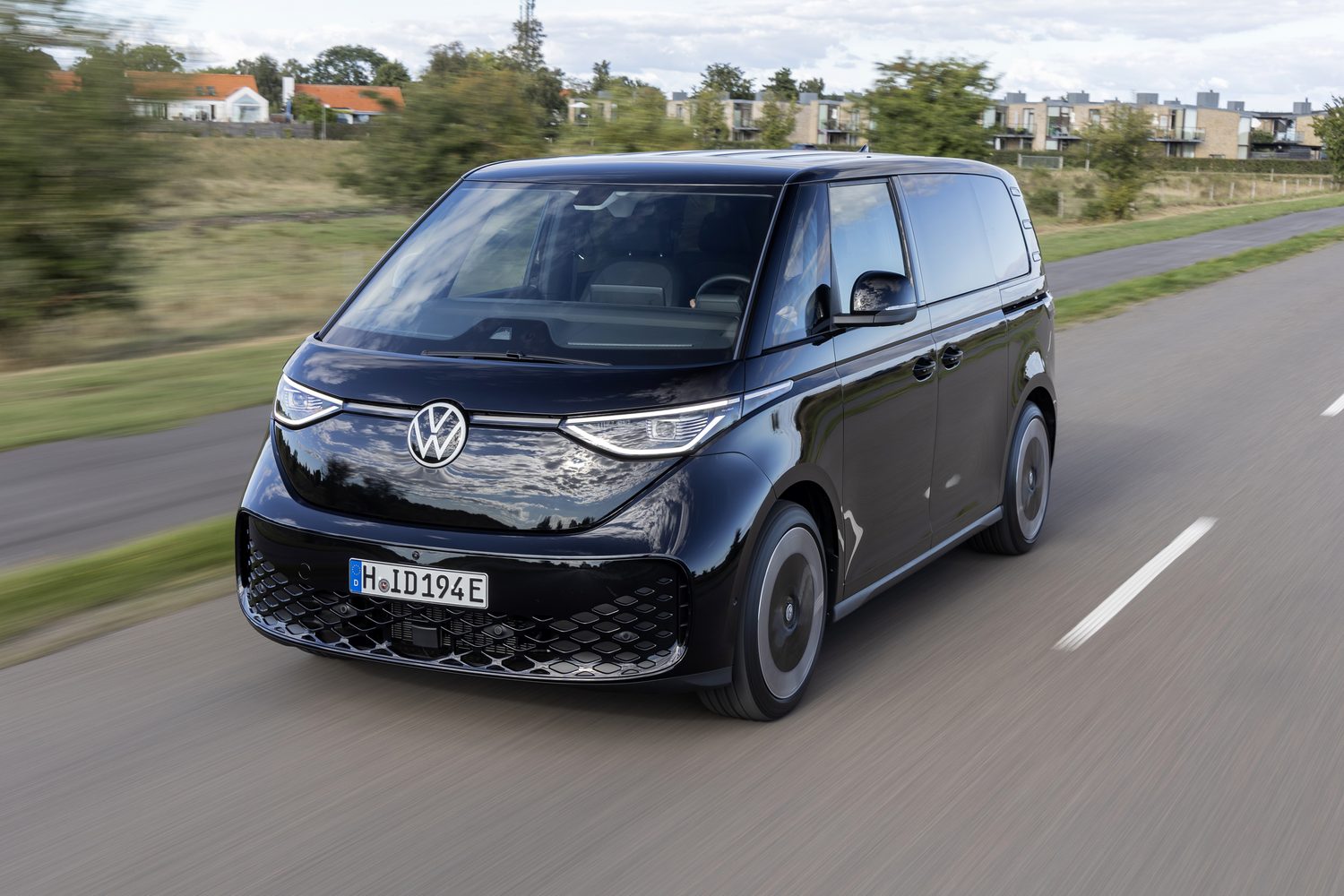 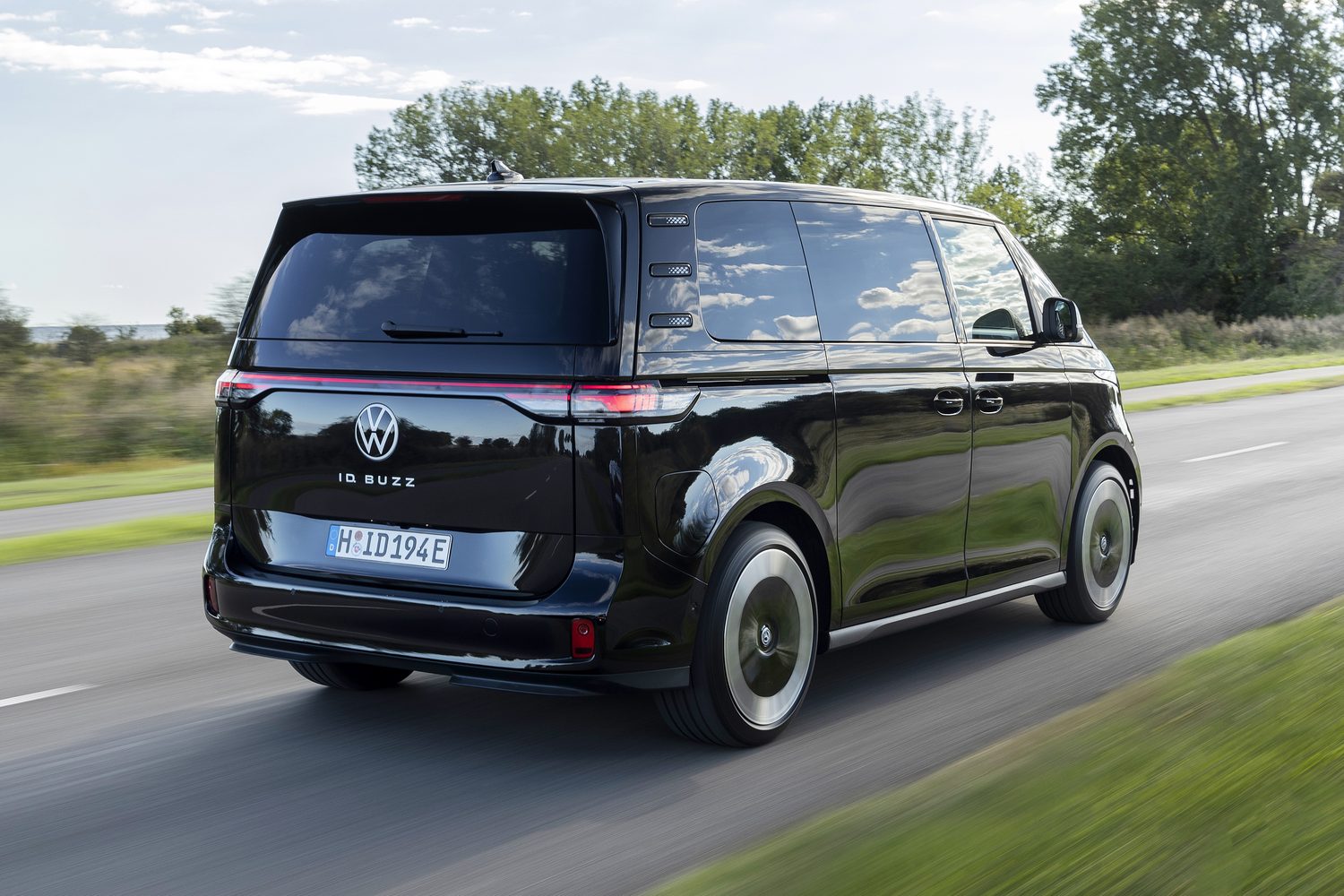 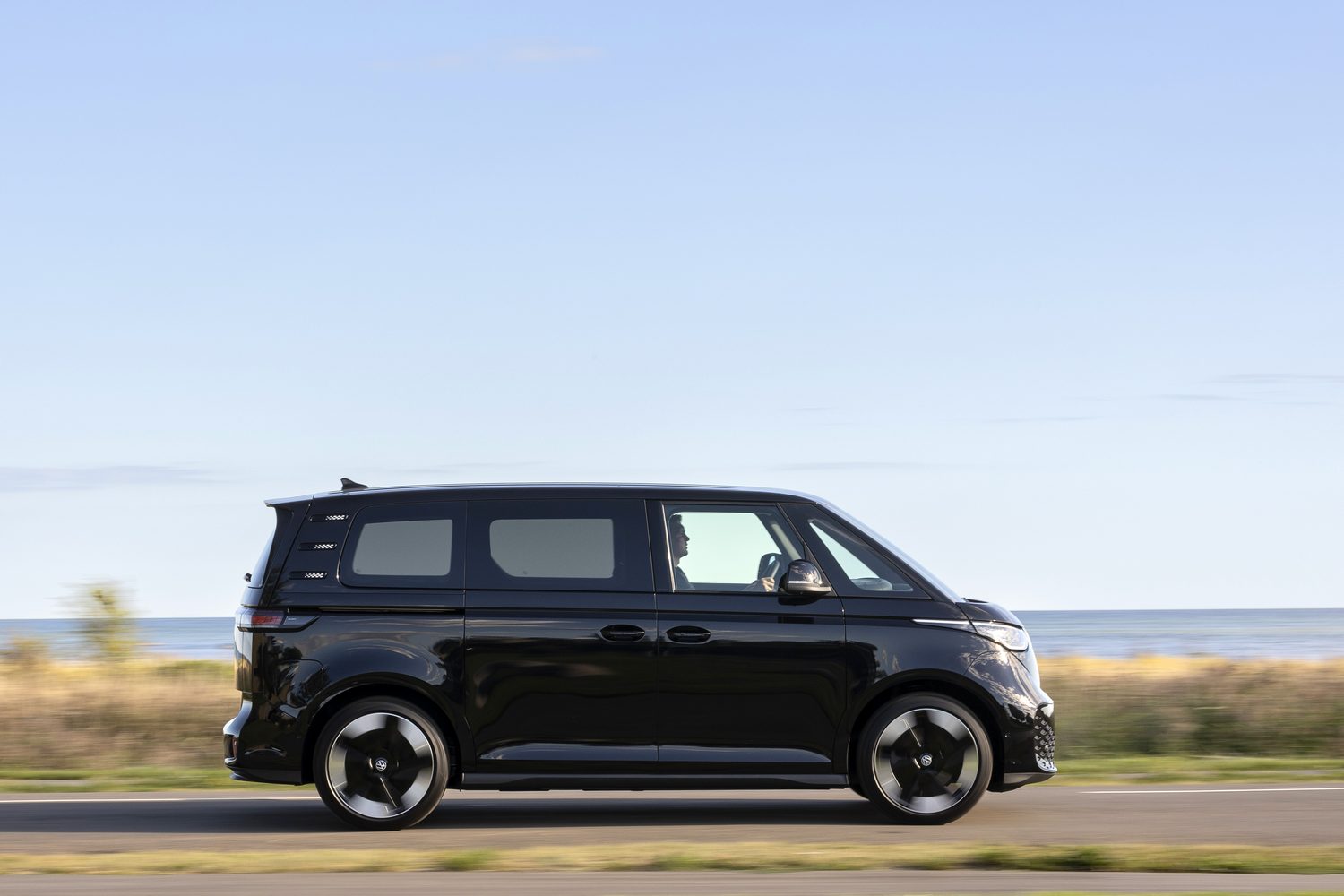 Volkswagen goes on the charm offensive with the electric ID. Buzz.

After teasing us with four different design concepts across two decades, the Volkswagen ID. Buzz finally arrives in electric form as a five-seat people carrier and modern-day interpretation of the famed VW Microbus. Has it been worth the wait?

The Volkswagen ID. Buzz has a remarkable ability to make people smile the first time they see it. Anywhere we went during our time with the car, it created a flurry of waves, thumbs up, photos and a surprising amount of people that wanted to take a closer look. Clearly, this is more than just another people carrier.

There is now a growing selection of battery-powered people movers on sale, but none have the same emphasis on design as the Volkswagen. Most are little more than civilian versions of panel vans that have a few rows of seats. In almost all instances, they prioritise function over form. Volkswagen has somewhat turned that on its head with the ID. Buzz. Besides a healthy dollop of nostalgia with its contemporary homage to the original Microbus, designers have made what is quite a physically large car seem friendly - the antithesis of the modern aggressively styled SUV.

In keeping with the family look of the Volkswagen ID.3, 4 and 5 models, slender LED headlights incorporate an illuminated bar that spans the front, intersected by an oversized VW logo - a further nod to its predecessor. Several two-tone colour schemes are available, but in all cases, the 'top' colour is 'Candy White'. A single-colour paint finish is possible, too, and the ID. Buzz looks equally impressive in black, especially on the 20-inch alloy wheels.

A key part of what makes the exterior look as good as it does is the simplicity. You won't find creases in the bodywork and scalloped panels. The mesh-like front bumper section is the most intricate part of the ID. Buzz's design, while the glass area sits mostly flush with the bodywork to create the impression of one large wraparound structure.

We'd like the sliding doors to be just a smidge longer, but ingress to the rear seats won't pose any issue for most people. The electric operation of the doors is bound to be a hit with younger passengers, while parents will appreciate the added convenience they bring in car parks and other constricted areas.

The placement of the battery charging port on the right rear of the vehicle should make it easily reachable in most cases, especially when reversing up to a rapid charger. Volkswagen enables DC charging rates of up to 170kW in the ID. Buzz, meaning the 77kWh battery could go from 5- to 80 per cent charge in as little as half an hour. There is an 11kW AC charger as standard that can theoretically fully charge the battery in 7 hours and 30 minutes.

The ID. Buzz's large tailgate might not always be the most practical, but the low load height has its merits. A boot volume of 1,121 litres is generous and Volkswagen includes a removable floor that can hide storage underneath for items such as charging cables while also providing a fully flat floor when the rear seats are folded down.

Those rear seats consist of a 60:40 split with the ability to slide fore and aft by 150mm to provide more legroom or create extra luggage space as needs be. The seat occupants can also recline their seatbacks for more comfort over longer journeys. Rather than having charging ports and air vents on the floor at the back of a centre console, Volkswagen integrates the former into the sliding doors while the vents are on the B-post. Volkswagen will be introducing a longer-wheelbase model in the near future with a third row of seats.

From the driver's seat the view through the front window and split A-pillars is reassuringly free from obstruction. What may surprise some is how far back you sit from the windscreen; it's a far cry from the original T1, that's for sure. A raised seating position provides SUV-rivalling height and visibility. Getting comfortable isn't a challenge, thanks to electrically adjustable seats and a steering wheel that has plenty of scope for setting reach and rake. Volkswagen's persistence with touch-sensitive steering wheel panels can sometimes be frustrating, though. True, owners living with the car may become more accustomed to it, but it's one area that feels like technology for technology's sake, whereas sticking with tried-and-tested physical buttons would do nothing to detract from the overall user experience. Indeed, we'd suggest it would add to it.

When you first drive the Volkswagen ID. Buzz, it'll strike you how surprisingly unlike a van it is on the road. A myriad of reasons is behind this, including its MEB platform and the use of a multilink rear suspension setup. On top of that, it feels very well put together, easily on a par with its ID. siblings. These factors are evident within the first few metres of driving as the electric motor quietly pushes the boxy Volkswagen along with ease.

Delivery of its 204hp is predictably smooth, and as the motor is that bit further away from the front seats - with plenty of insulation in between - means there's almost no noise. There's little in the way of road noise, too, something that can't be said for Volkswagen's other electric vehicles, so there's another tick for the ID. Buzz. Performance is brisk for the size of the car, and in truth, it feels a little zippier than the ten seconds Volkswagen says it takes to accelerate up to 100km/h from rest.

An abundance of structural rigidity and low-down mass aids in how the Volkswagen handles the twists and turns. Not that this is a car to get your pulse racing on a spirited drive, but the surefooted feel will give drivers plenty of confidence. The ID. Buzz is a car that feels rock solid, something that many will want from a family car.

The Volkswagen's size may seem daunting at first for anyone switching from a smaller car, but in reality, it occupies no more space than most large SUVs - it's slightly shorter than a Tiguan Allspace, for example, though it is taller and broader. Great manoeuvrability helps, as do the front and rear cameras. Cars in Ireland don't get quite as small a turning circle as those in Europe as the right-hand-drive models utilise the steering rack that will also feature in the forthcoming all-wheel-drive model, but this isn't much of an issue. Many assistance systems are on hand, including a clever parking feature that can memorise intricate parking inputs and re-enact them time after time at saved locations such as home or work.

A healthy degree of regenerative braking makes driving in urban areas that bit easier and so long as you keep speeds down the energy consumption levels remain manageable. A day of driving across a variety of different roads and speed limits saw our test car return figures that were very close to the official 20.5kWh/100 kilometres. Energy consumption does increase at motorway speeds, as does wind noise around the door mirrors, which began to creep in above 90km/h.

We didn't have all seats filled, nor were we carrying any heavy loads, but even taking these things into account, the ID. Buzz should still be capable of cross-country journeys without the need to stop for any great lengths of time to recharge.

The Volkswagen ID. Buzz will initially come in only one mechanical specification, consisting of a 77kWh battery and 150kW (204hp) electric motor that drives the rear wheels. Buyers in Ireland will have the choice of four specification grades - Life, Family, Tech and Max - with pricing that begins at €67,190.

Upgrading to the ID. Buzz Family trim adds LED Matrix headlights with dynamic headlight range control, including cornering lights. Adaptive cruise control joins the mix, as does a Park Assist function with a reversing camera. The recycled interior upholstery from Seaqual complements tufted velour carpet and pedals that are finished in stainless steel with play and pause symbols.

Topping the range is the ID. Buzz Max, which gets the highest level of standard equipment. In addition to the other versions, it gets 21-inch 'Bromberg' alloy wheels, powered sliding doors, comfort seats in the front with pneumatically adjustable lumbar control and 30-colour ambient lighting.

The two-tone colour scheme is available across all models for an additional cost of €2,060, and Volkswagen includes an eight-year or 160,000-kilometre battery warranty.

The reimagining of the T1 Microbus as the pure electric ID. Buzz is one of the best things that Volkswagen has done in years. Its pricing isn't as democratic as VWs of the past, but it holds its own against the latest crop of battery-powered SUVs. Reasons to buy the ID. Buzz are varied; some will be drawn purely to the look and style, while the decent range, fast charging and interior space should make it a boon to families and those desiring a more versatile vehicle. On top of all that, it drives with a real sense of quality and finesse beyond what you'll find in similarly shaped electric vehicles. 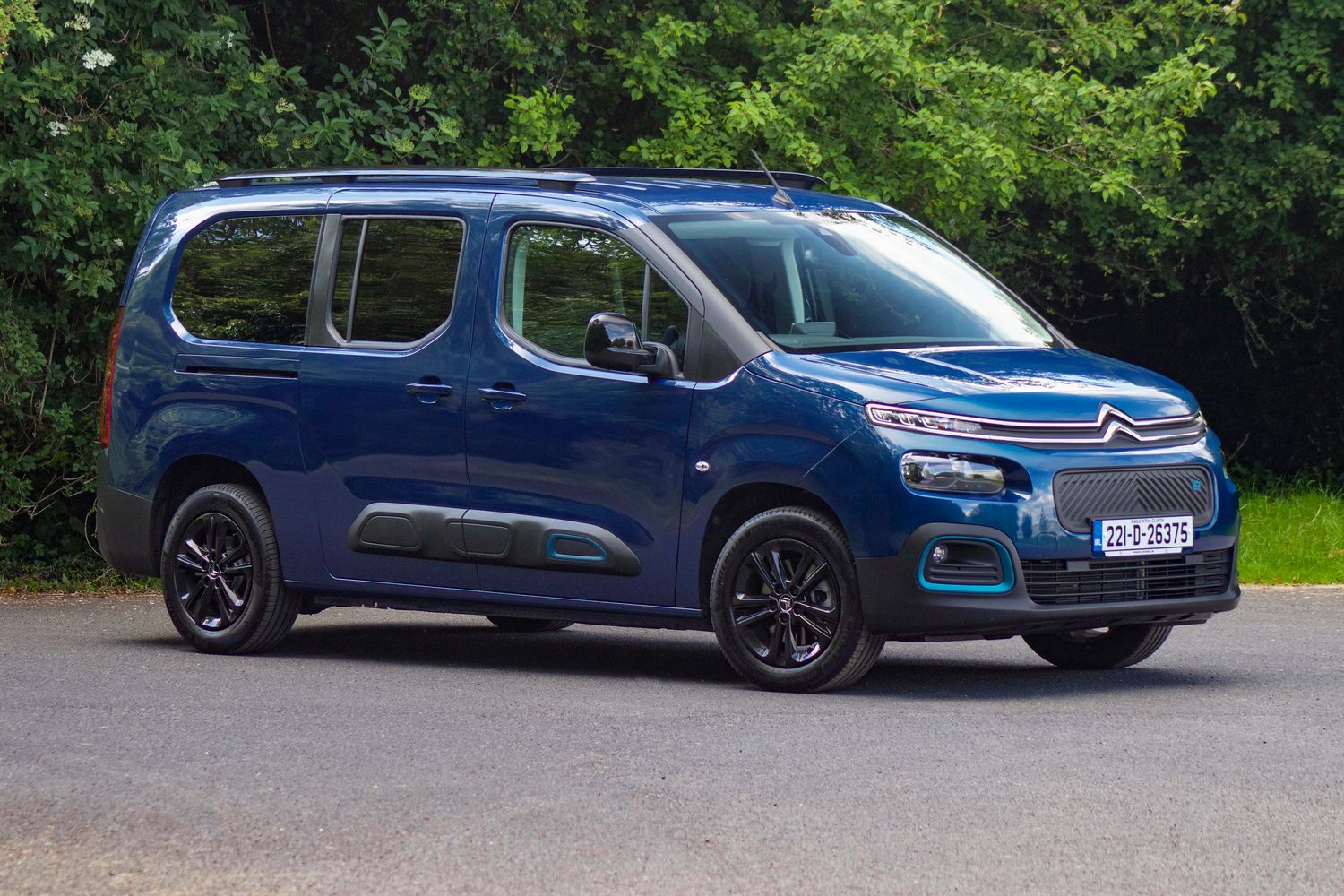 Citroen e-Berlingo (2022) review
Citroen e-Berlingo vs. Volkswagen ID. Buzz Max (2023): a smaller package but every bit as versatile inside, the Citroen may not have as much charm as the Volkswagen, but it remains a great EV. While the battery is little over half the size of the VW's, so too is the price.

Tesla Model X 90D review
Tesla Model X vs. Volkswagen ID. Buzz Max (2023): the Tesla's bulbous SUV shape does mean plenty of room inside, though not as much as the Volkswagen. The Model X wins on seat count and range but costs much more. 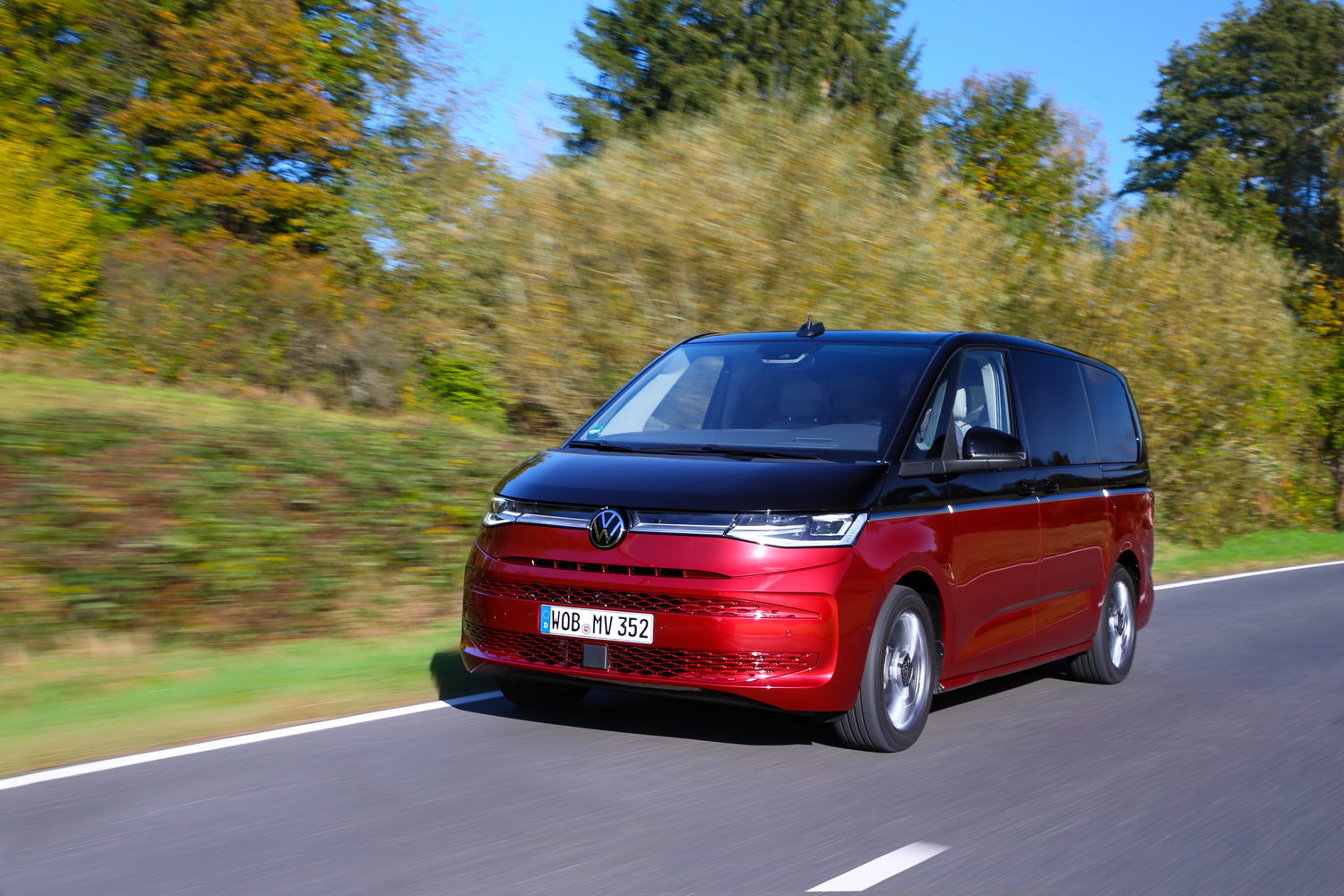