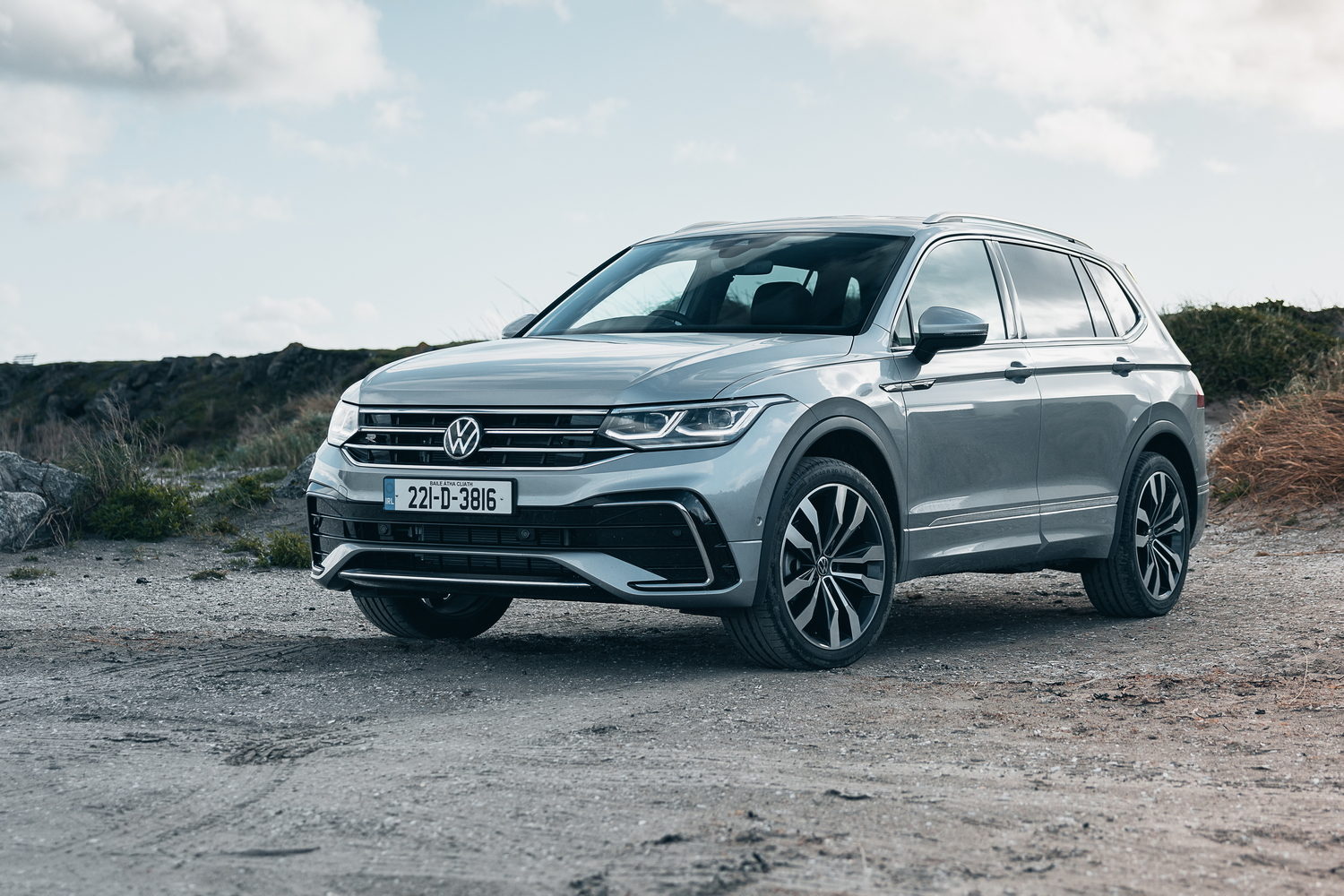 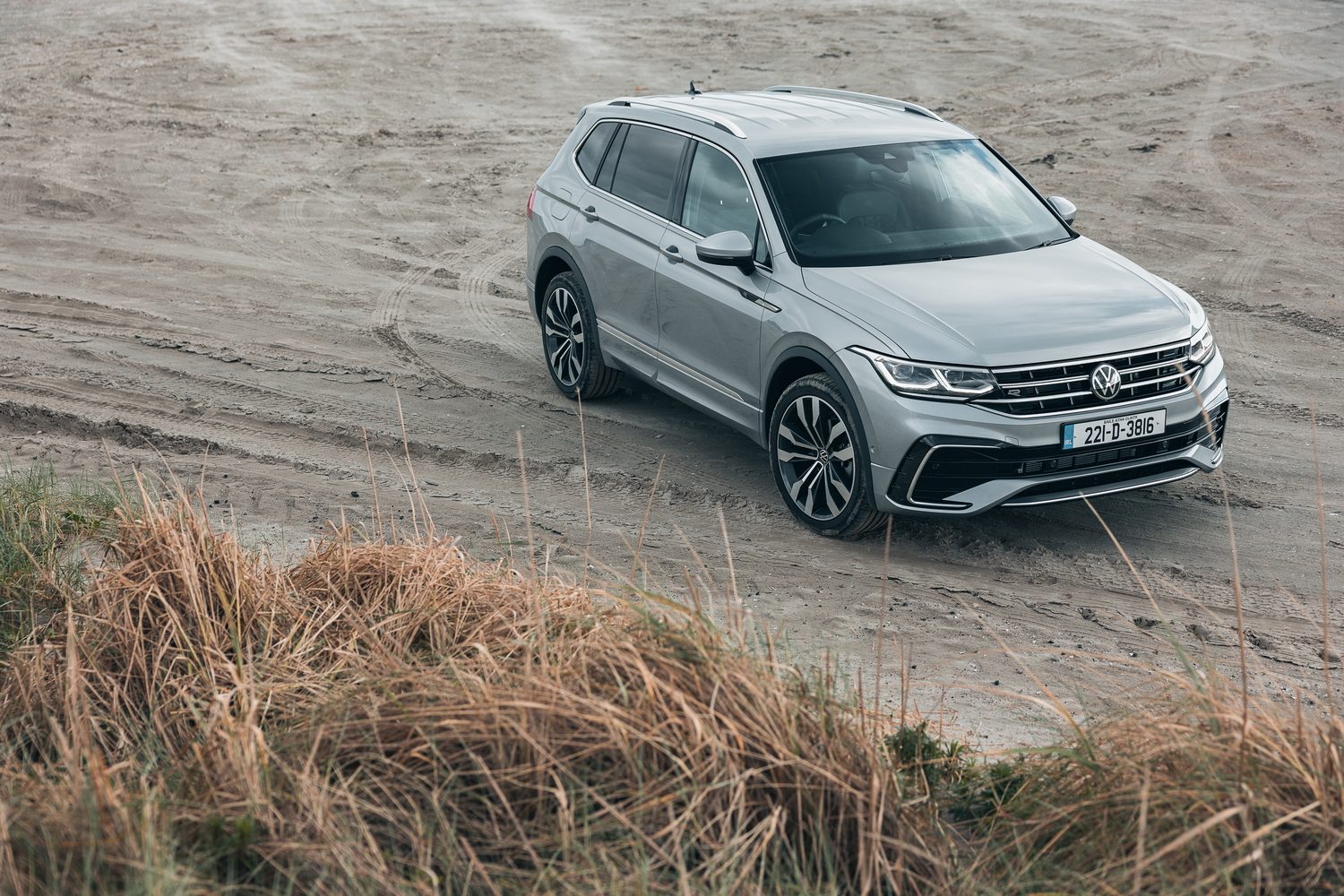 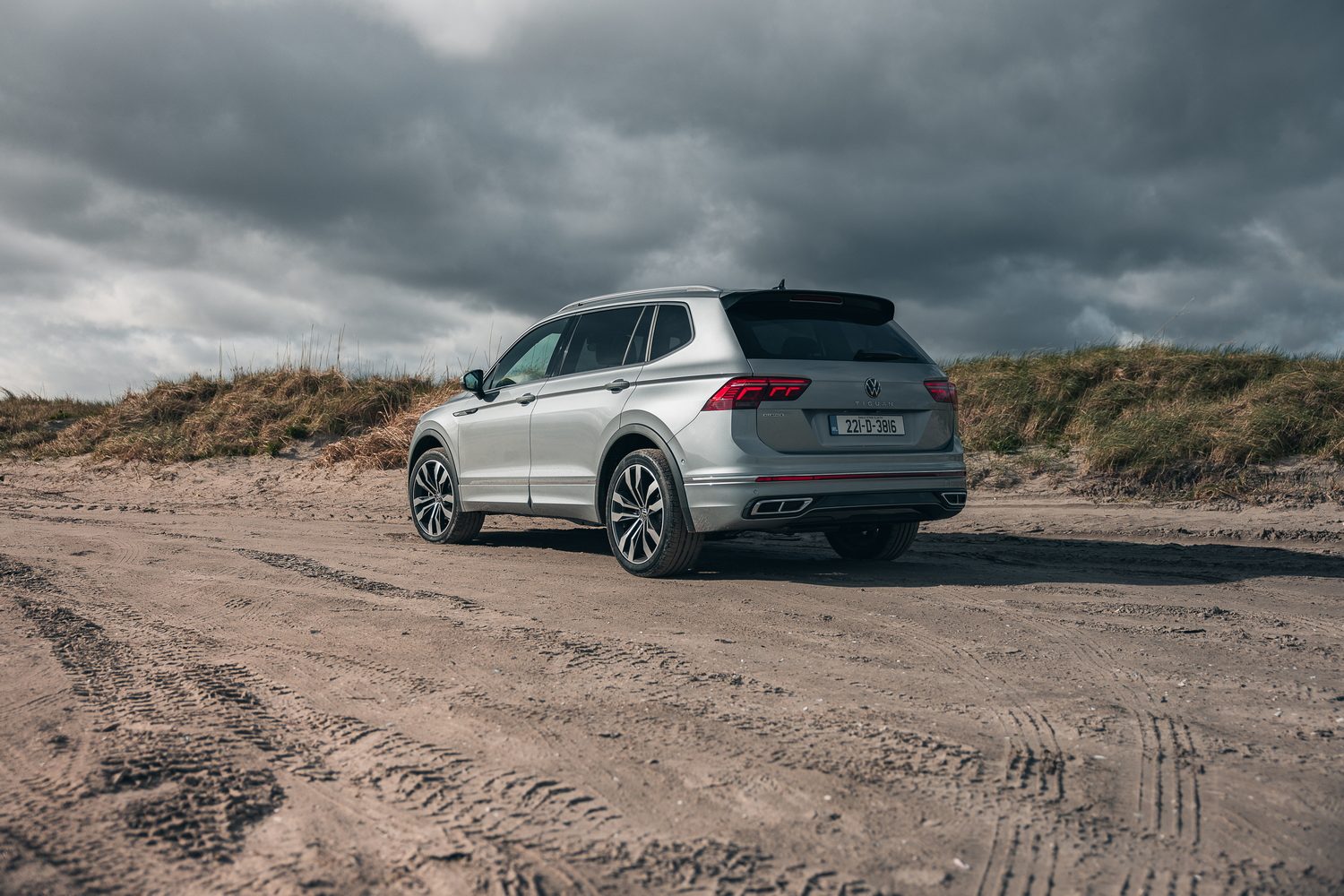 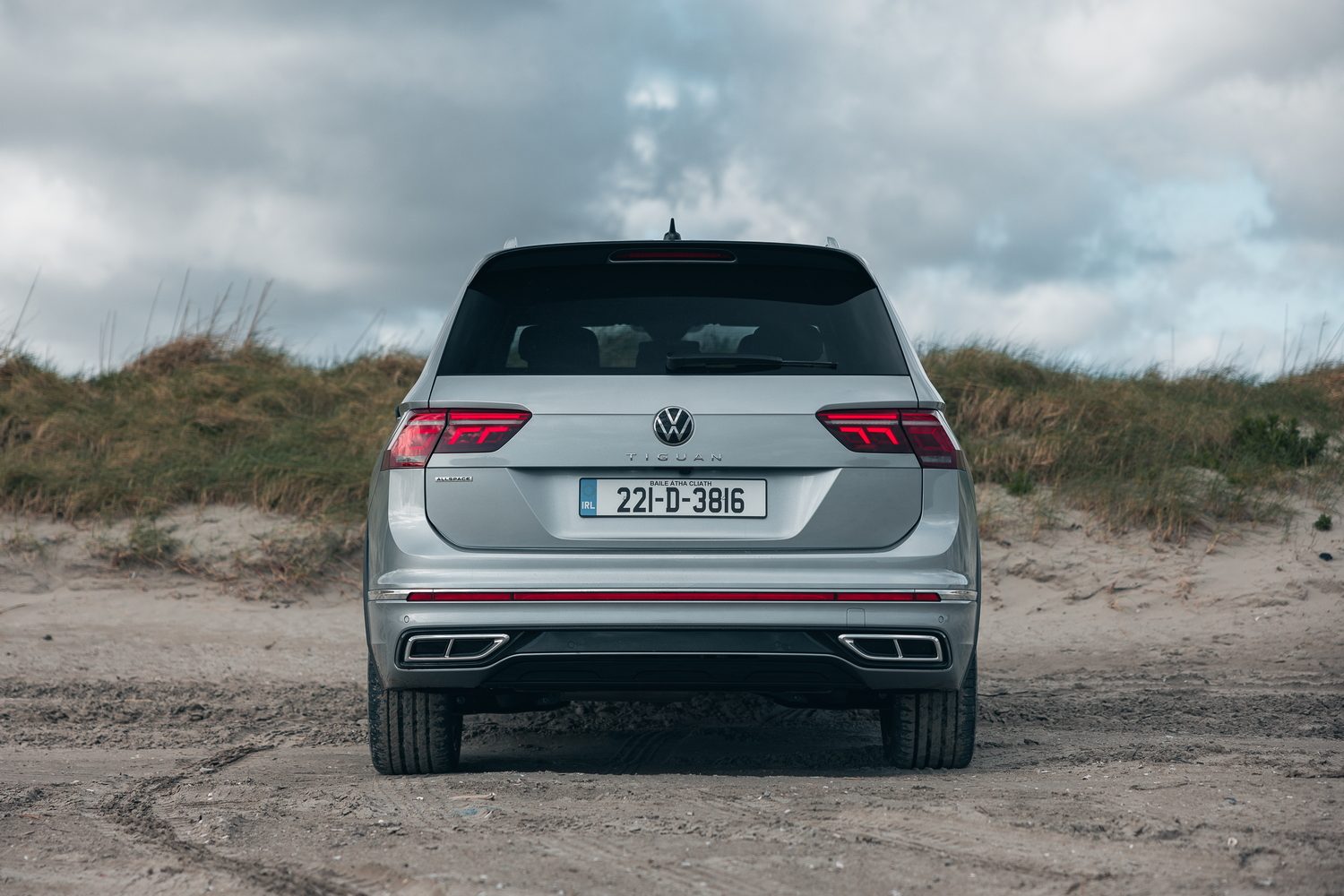 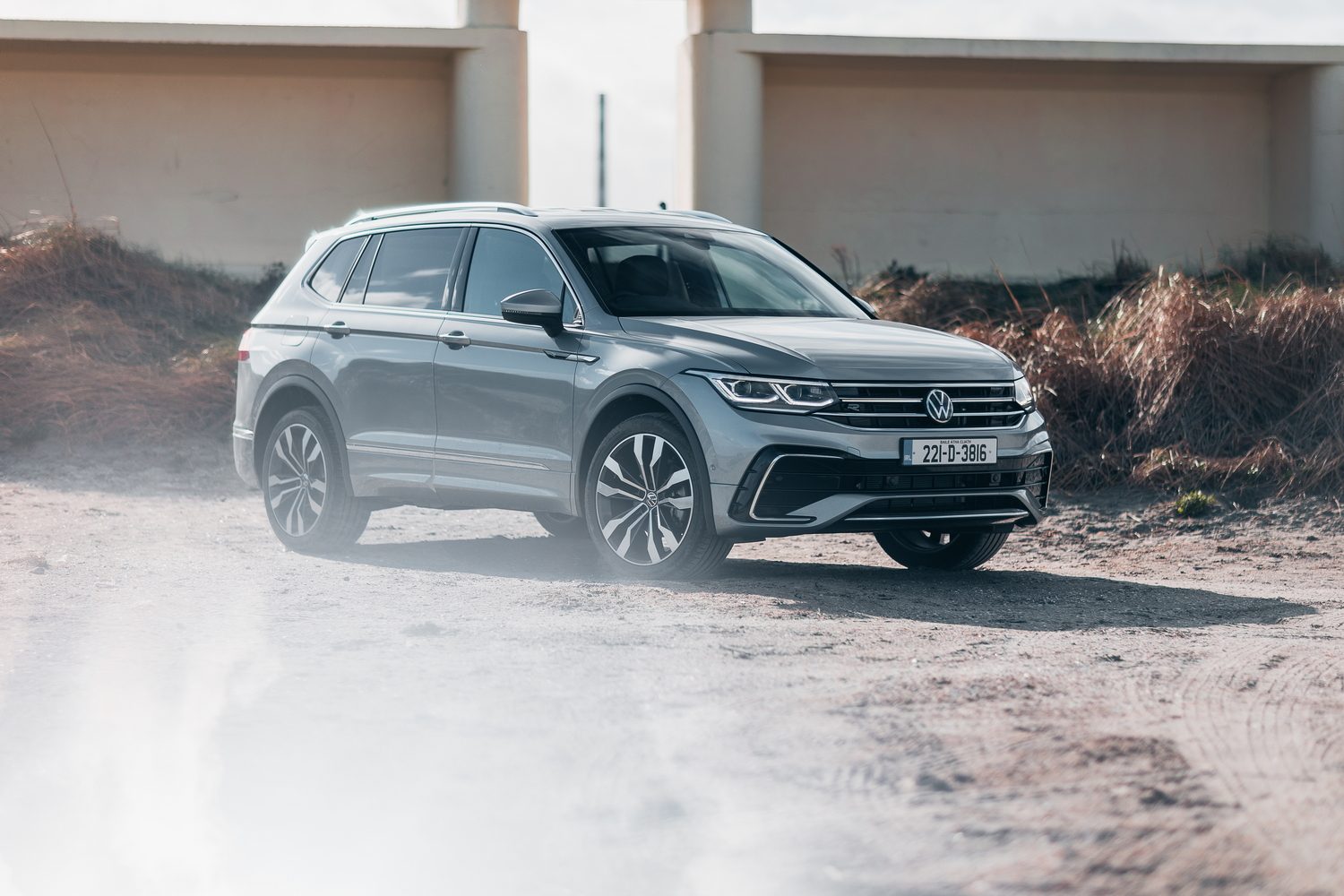 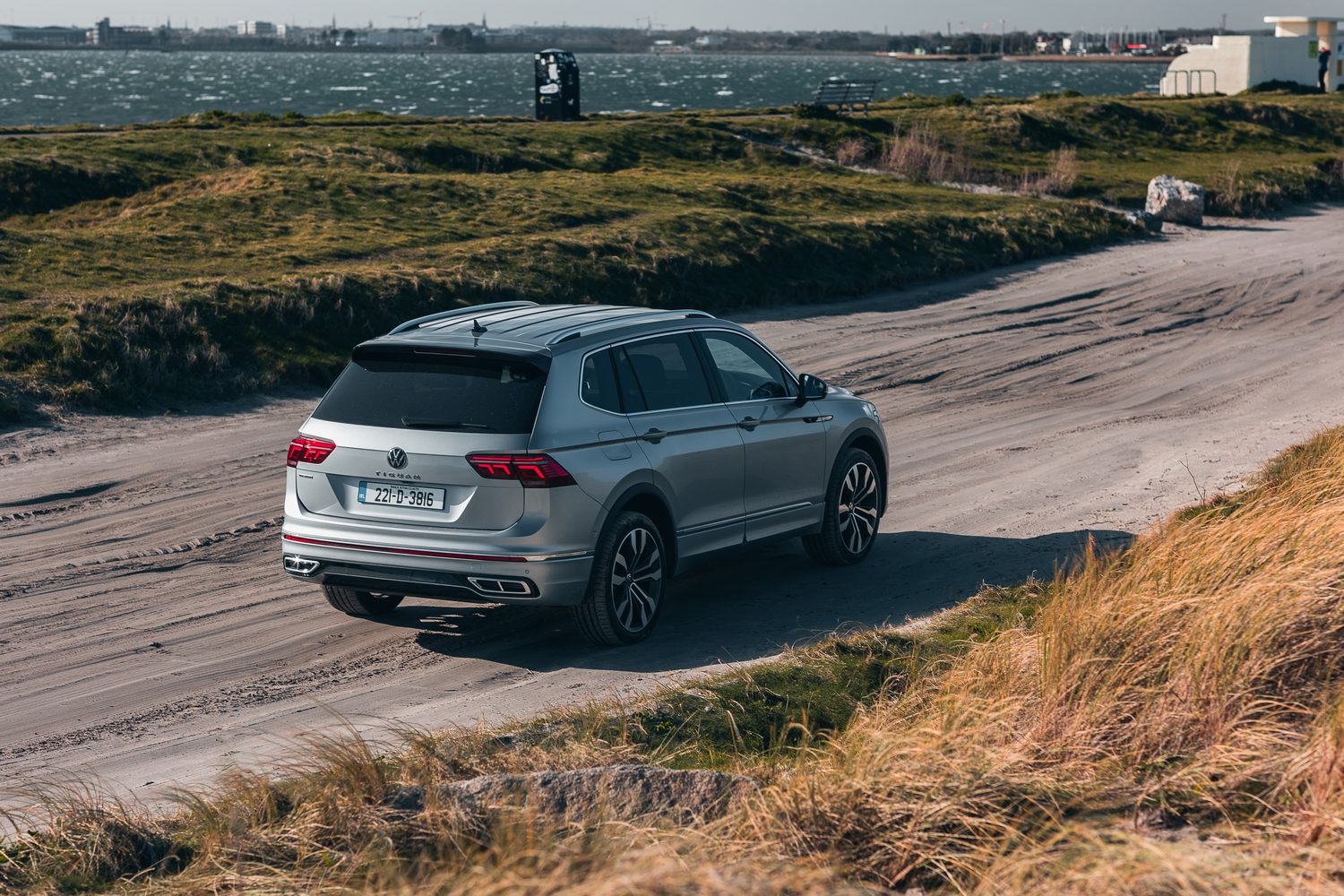 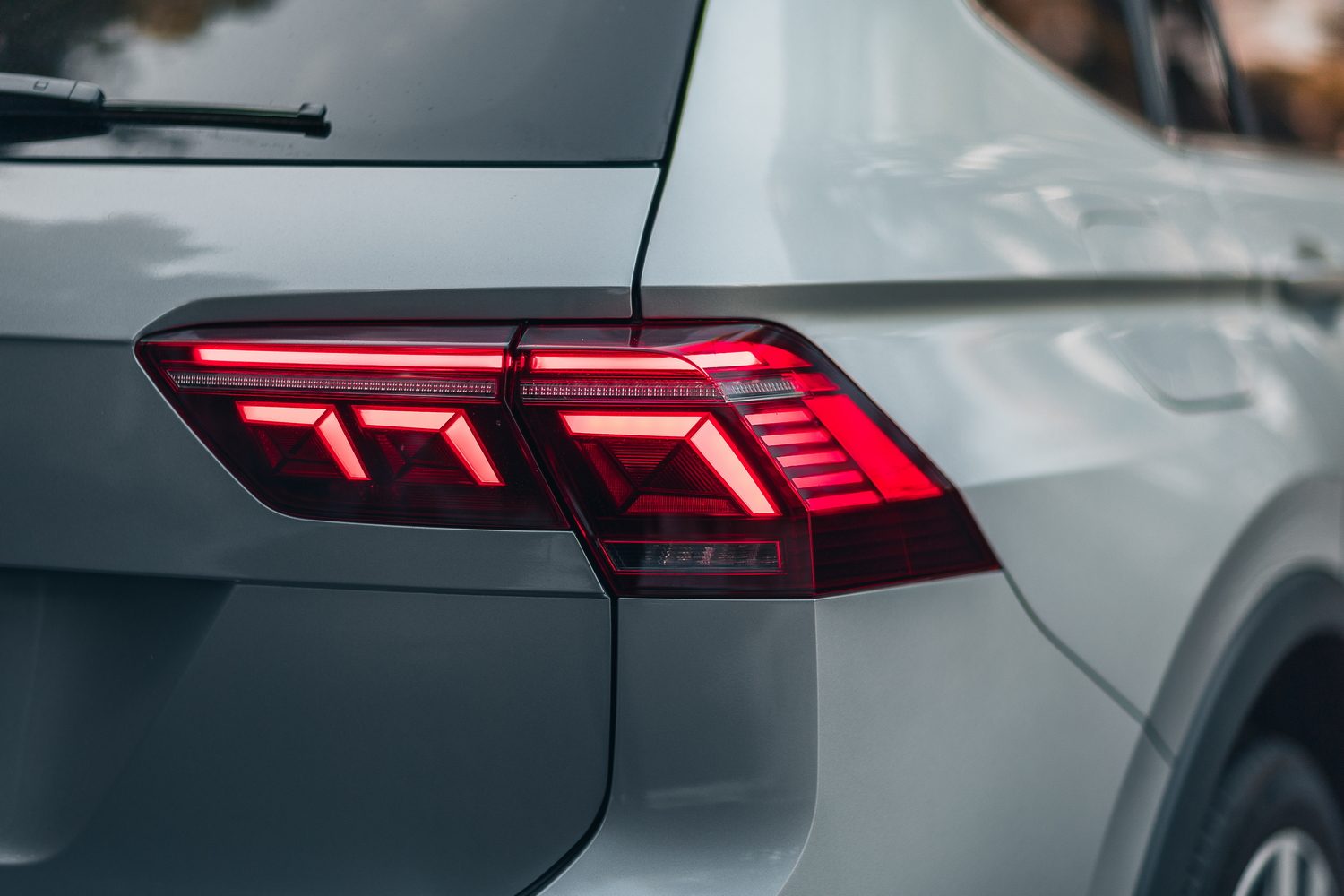 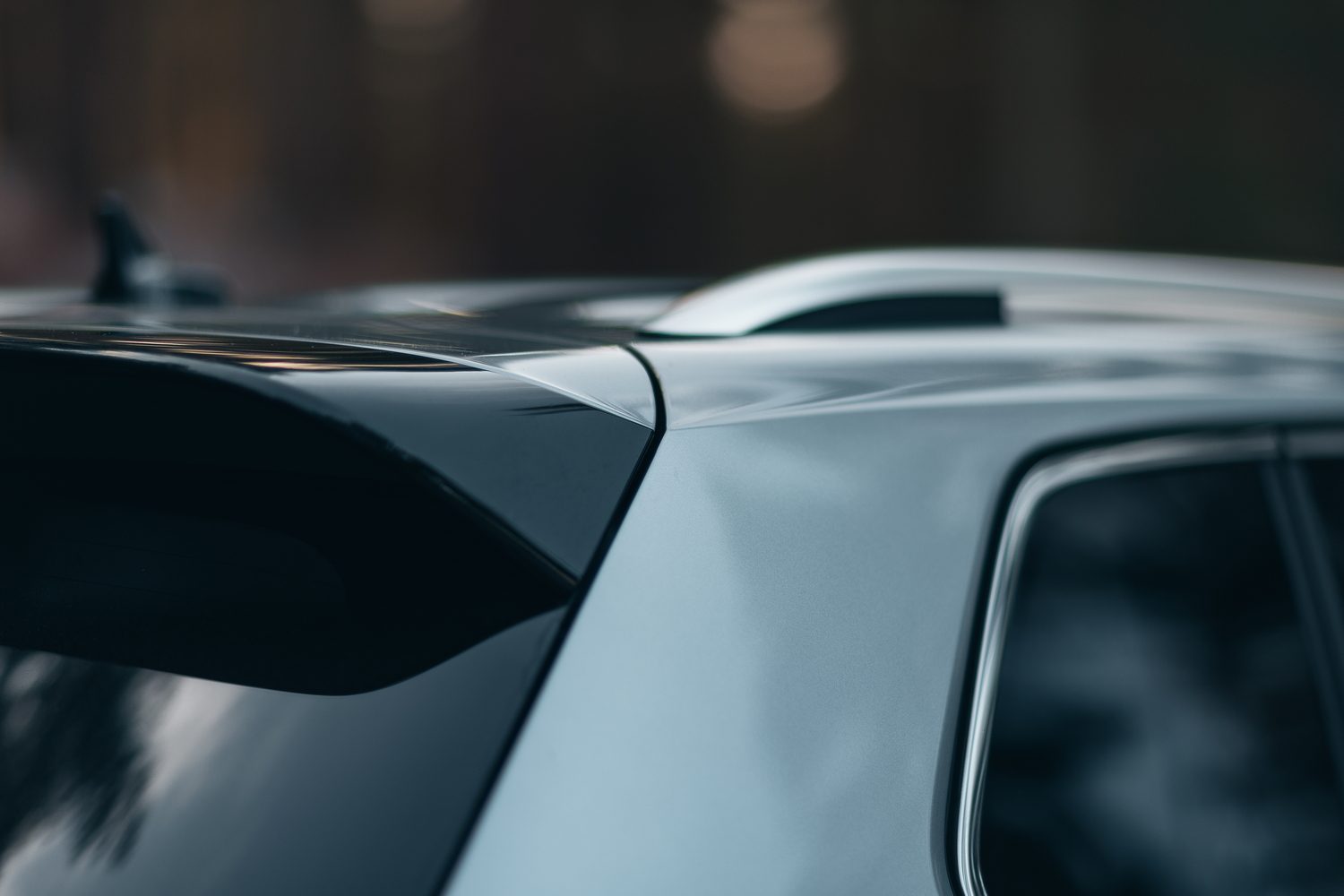 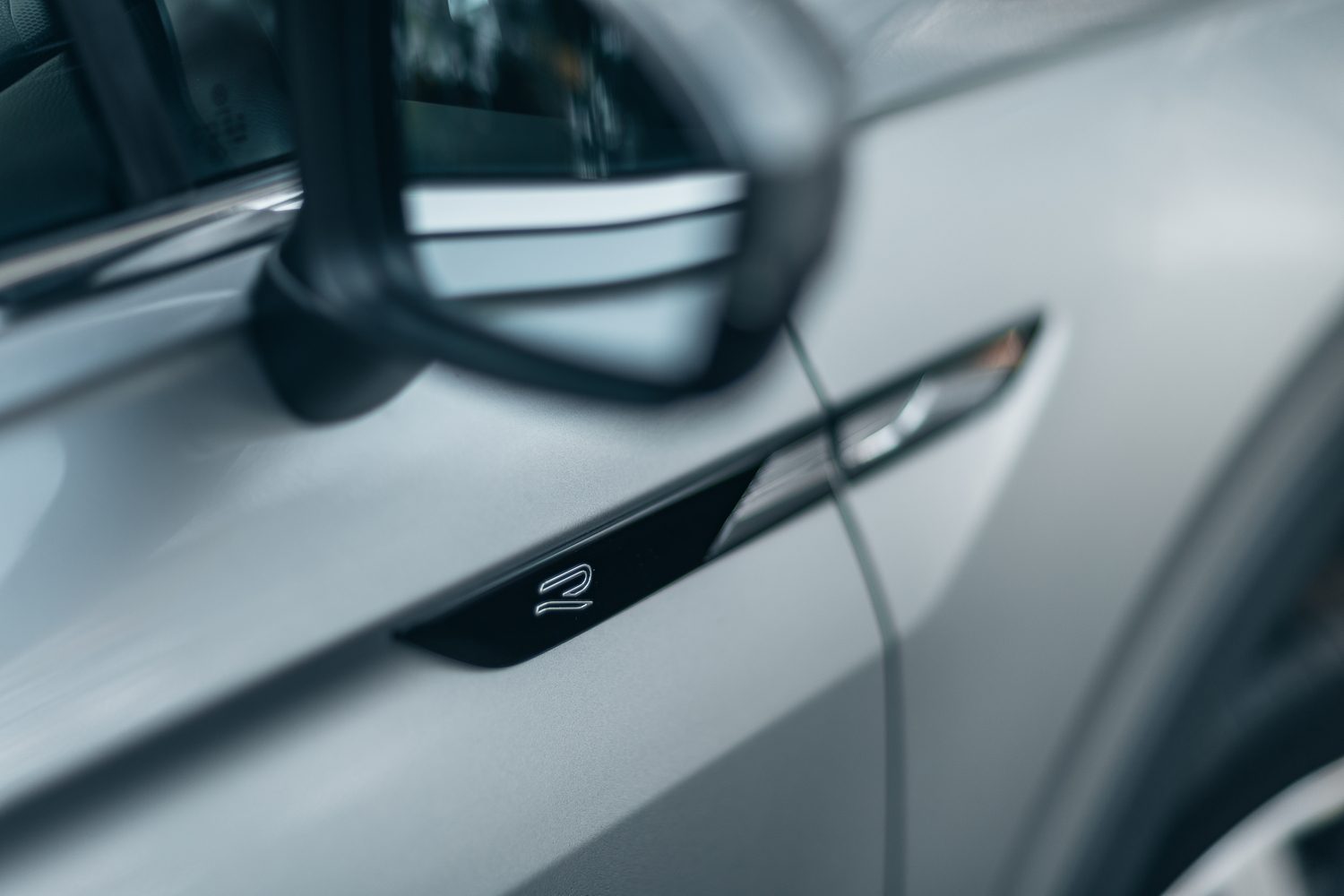 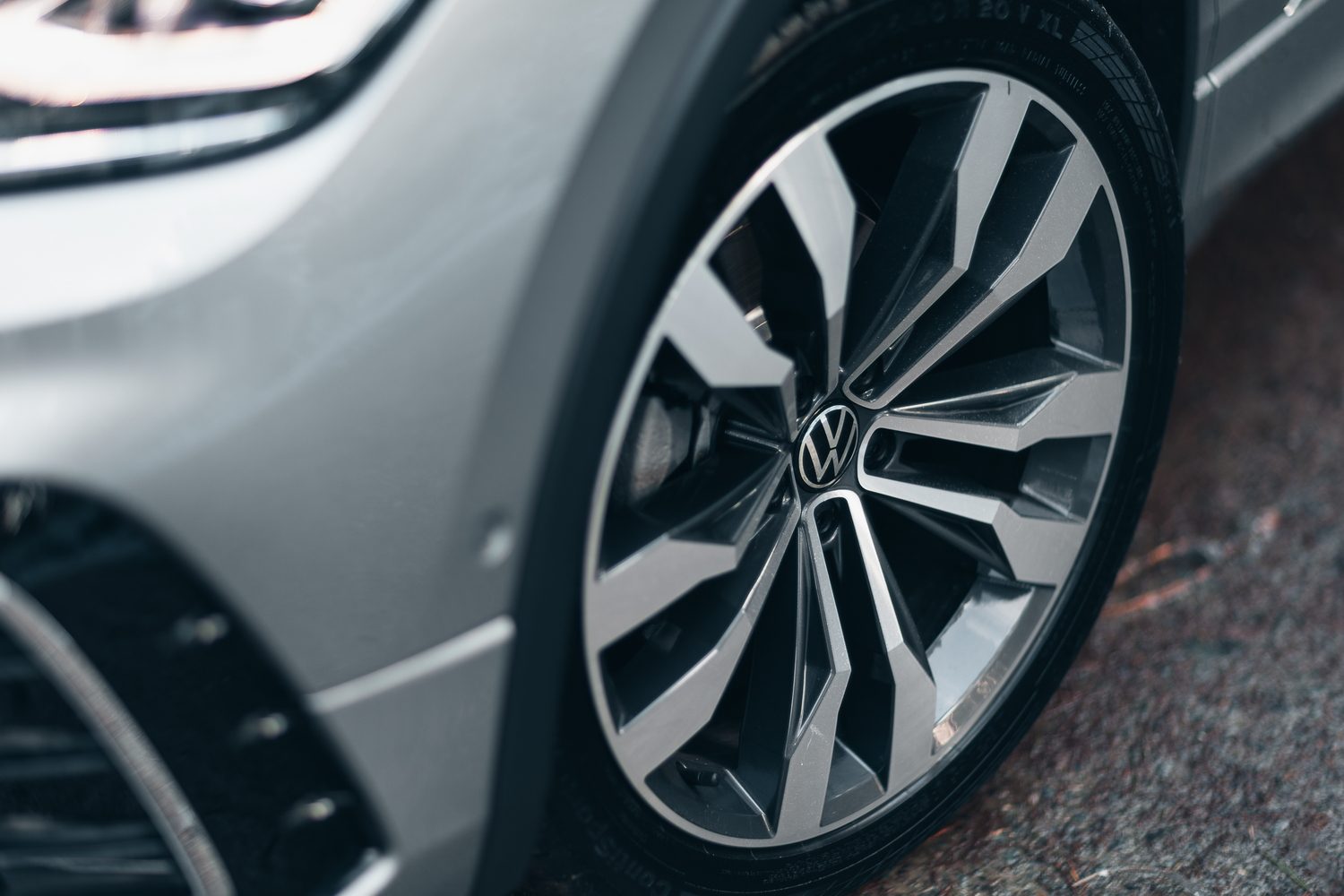 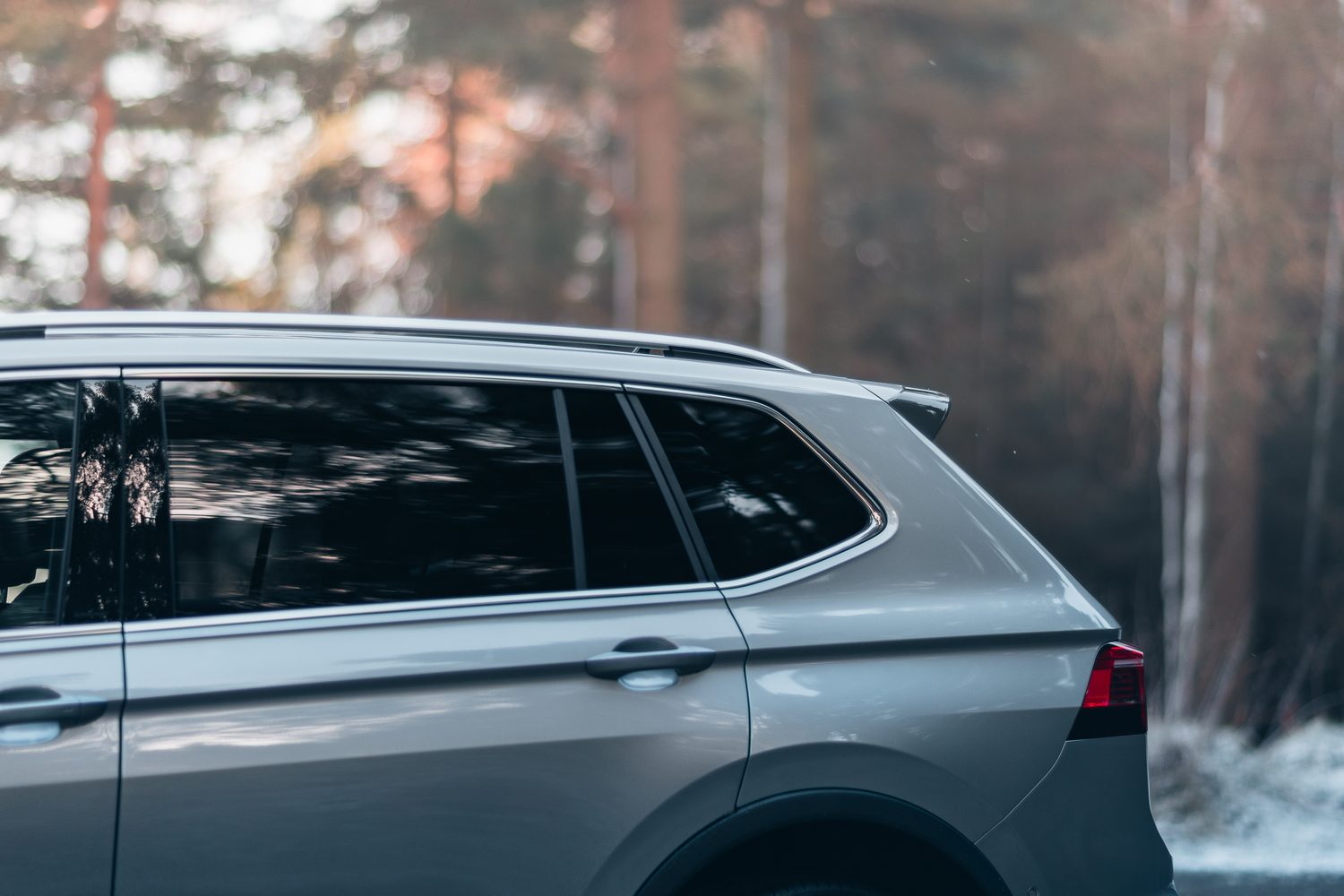 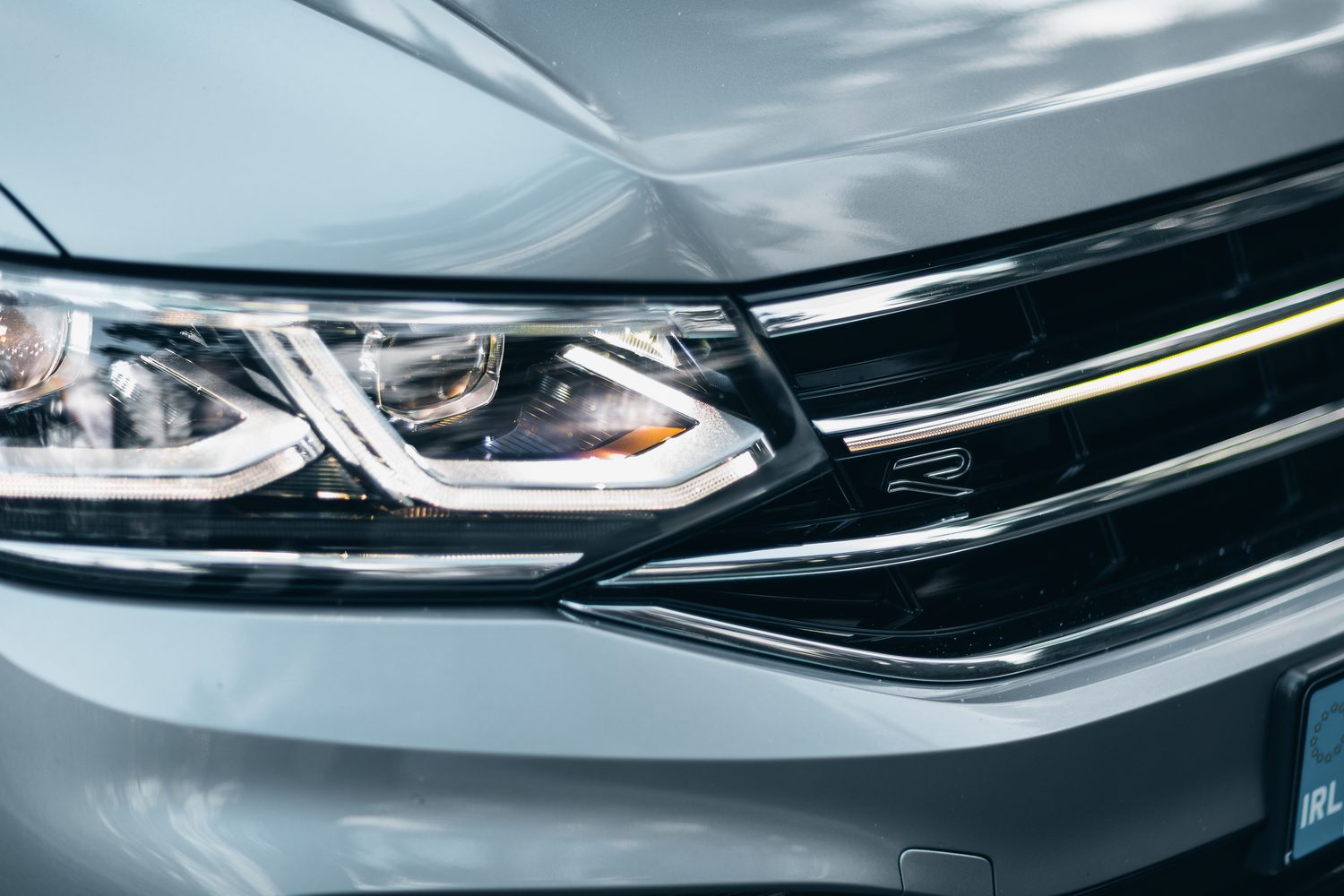 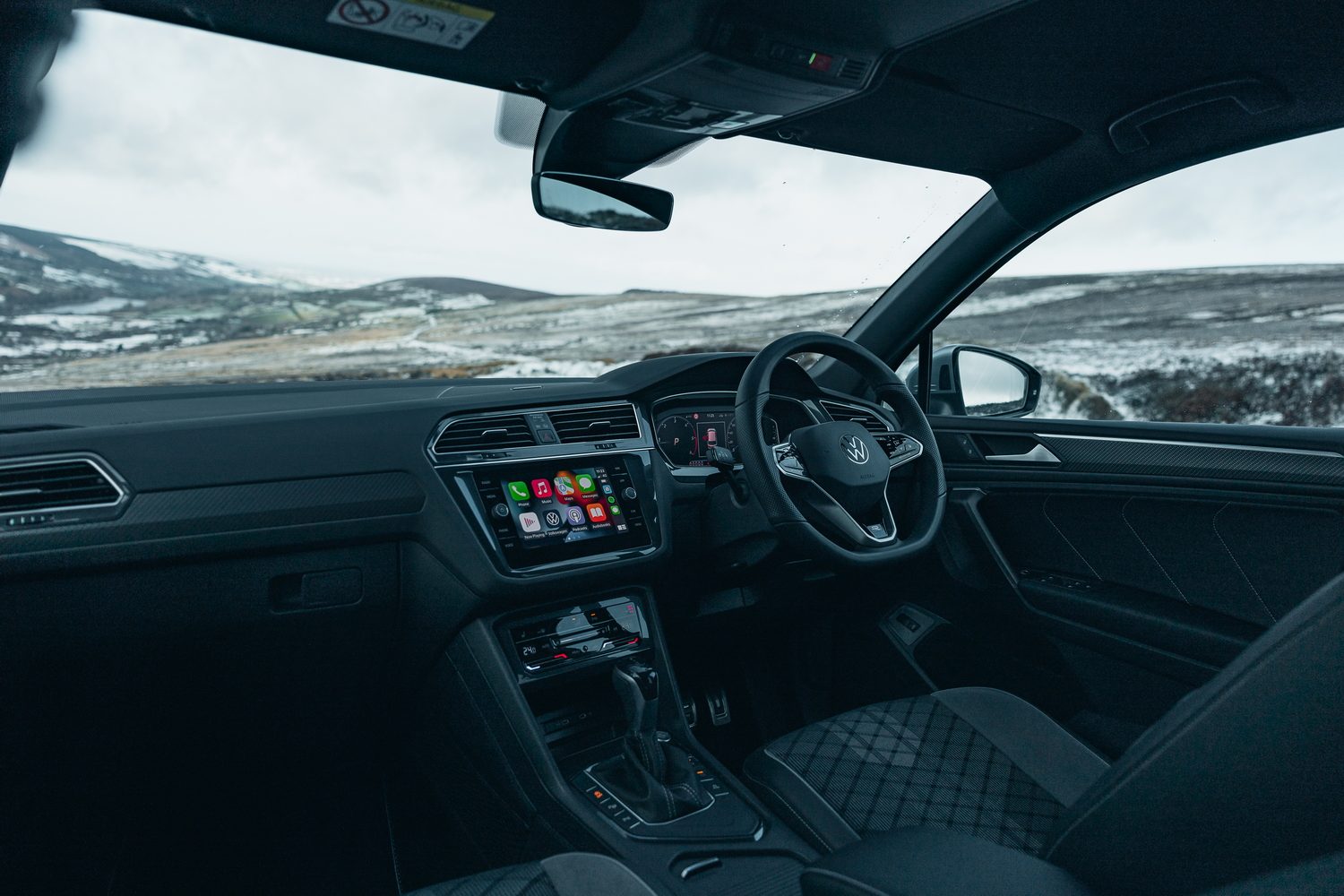 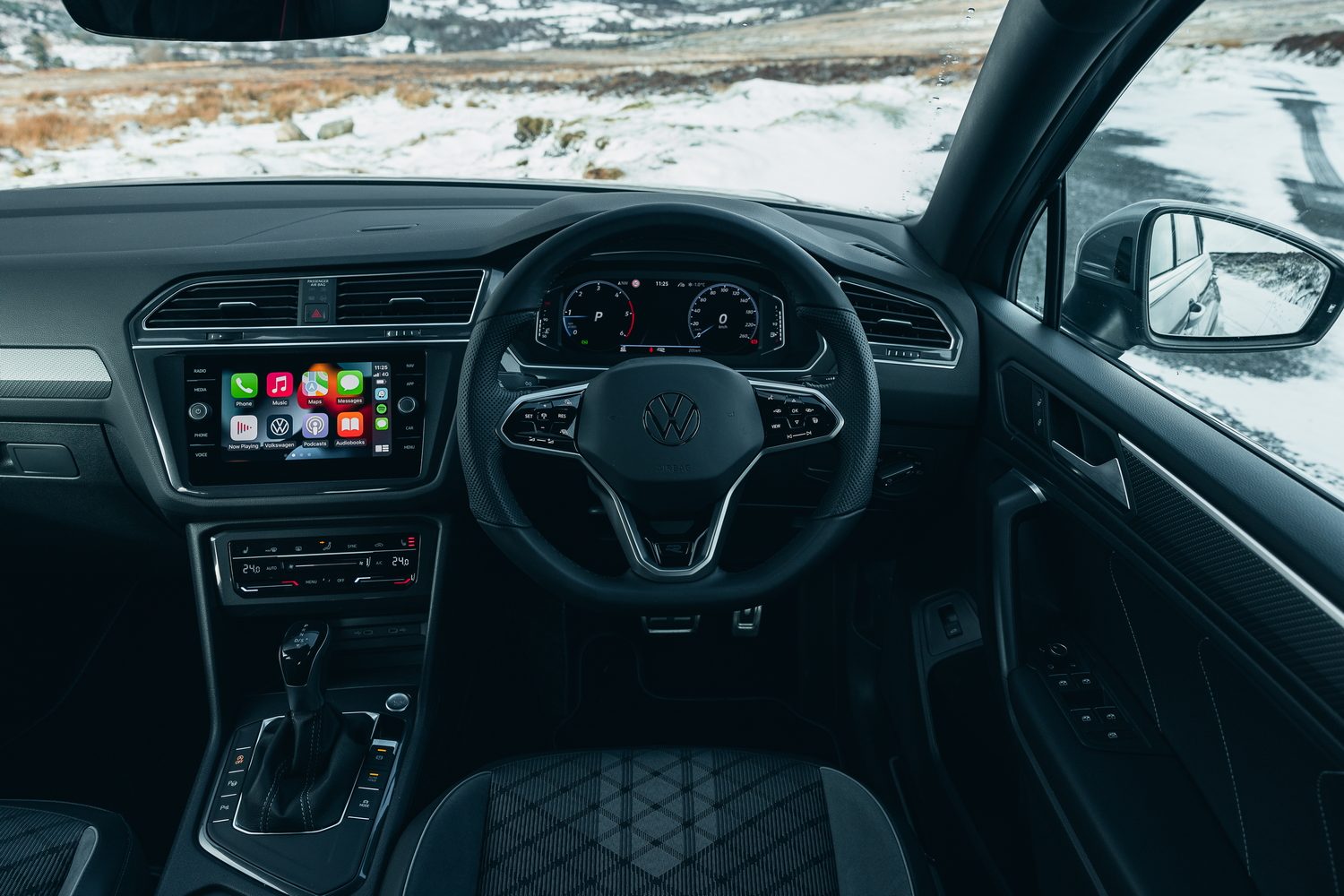 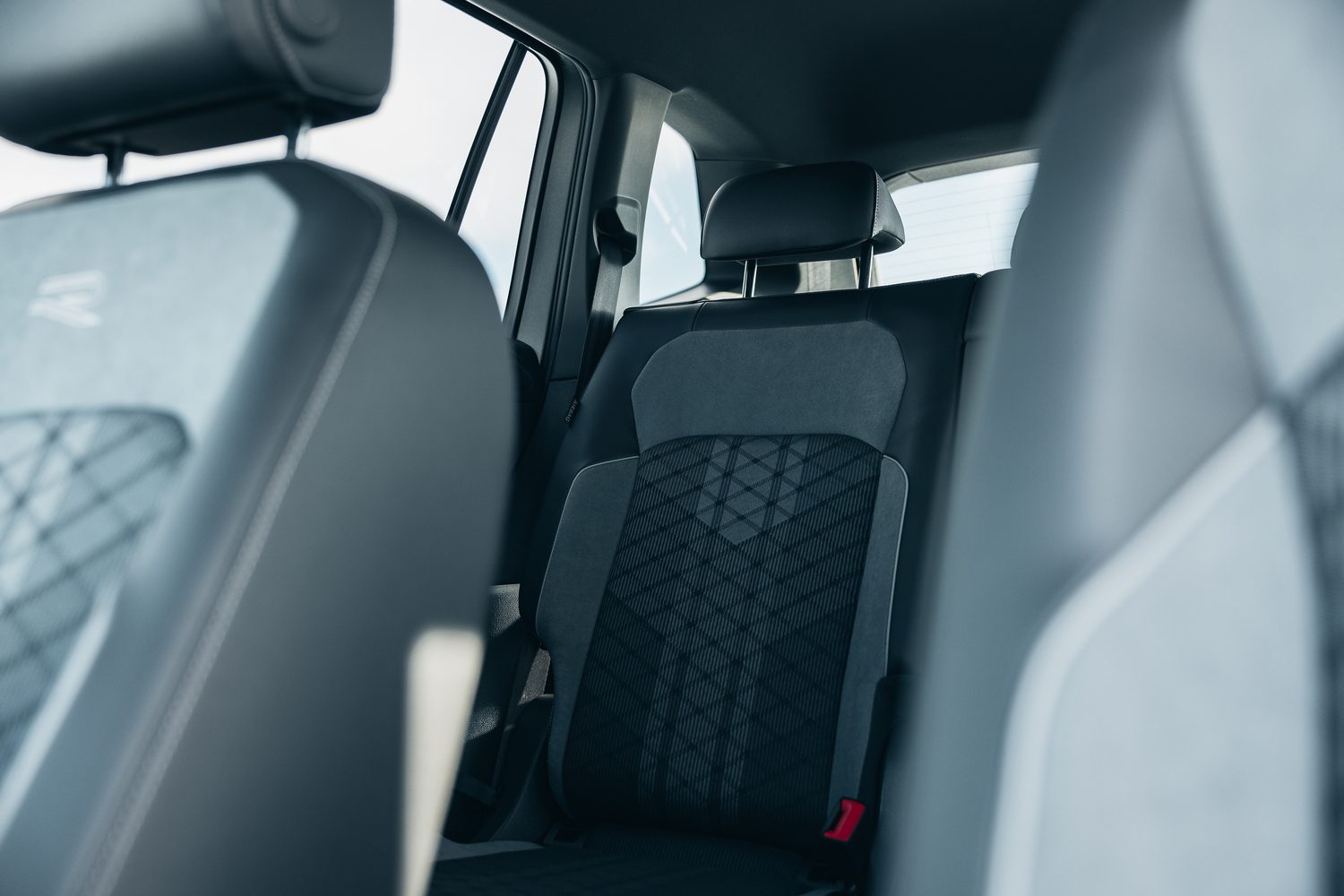 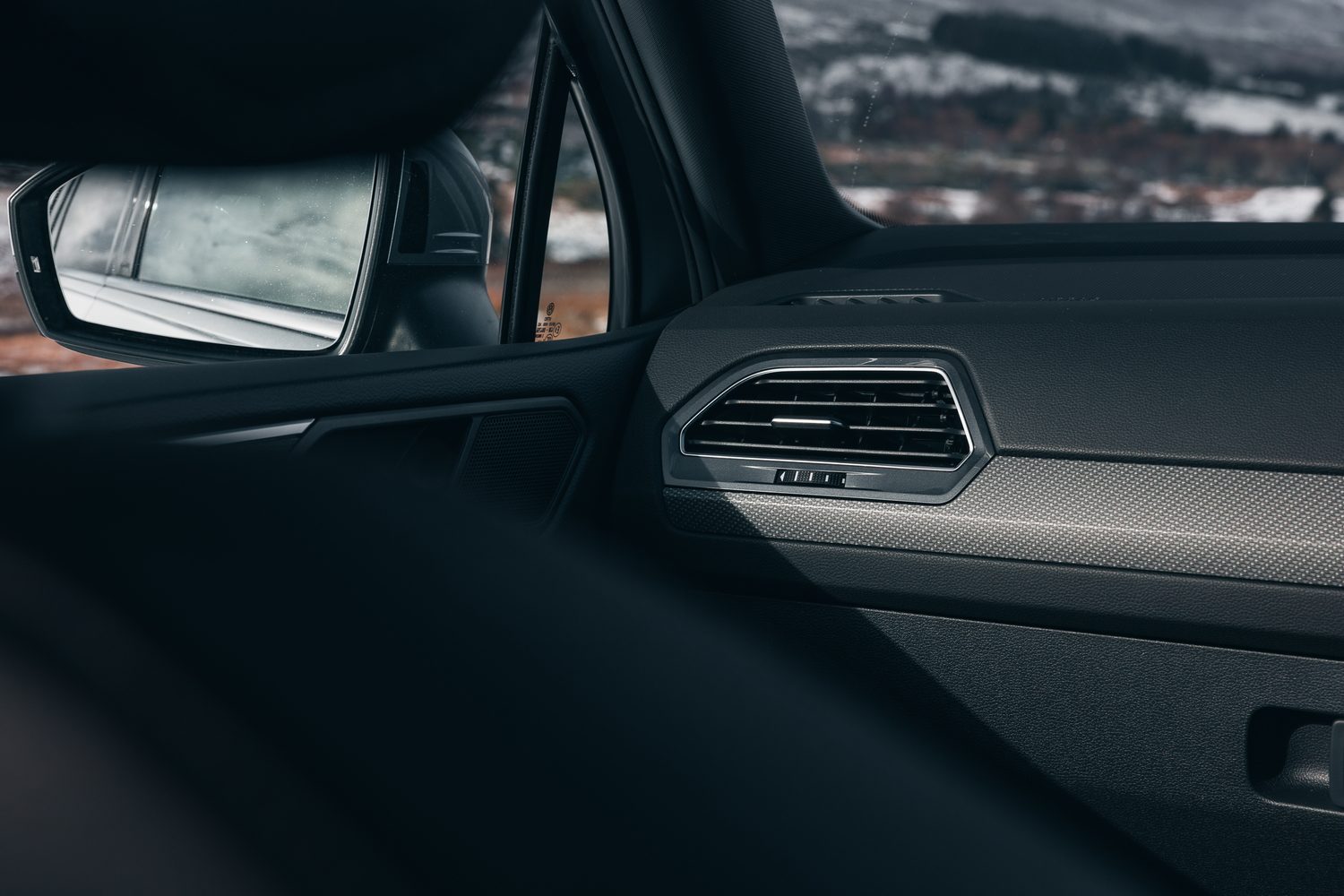 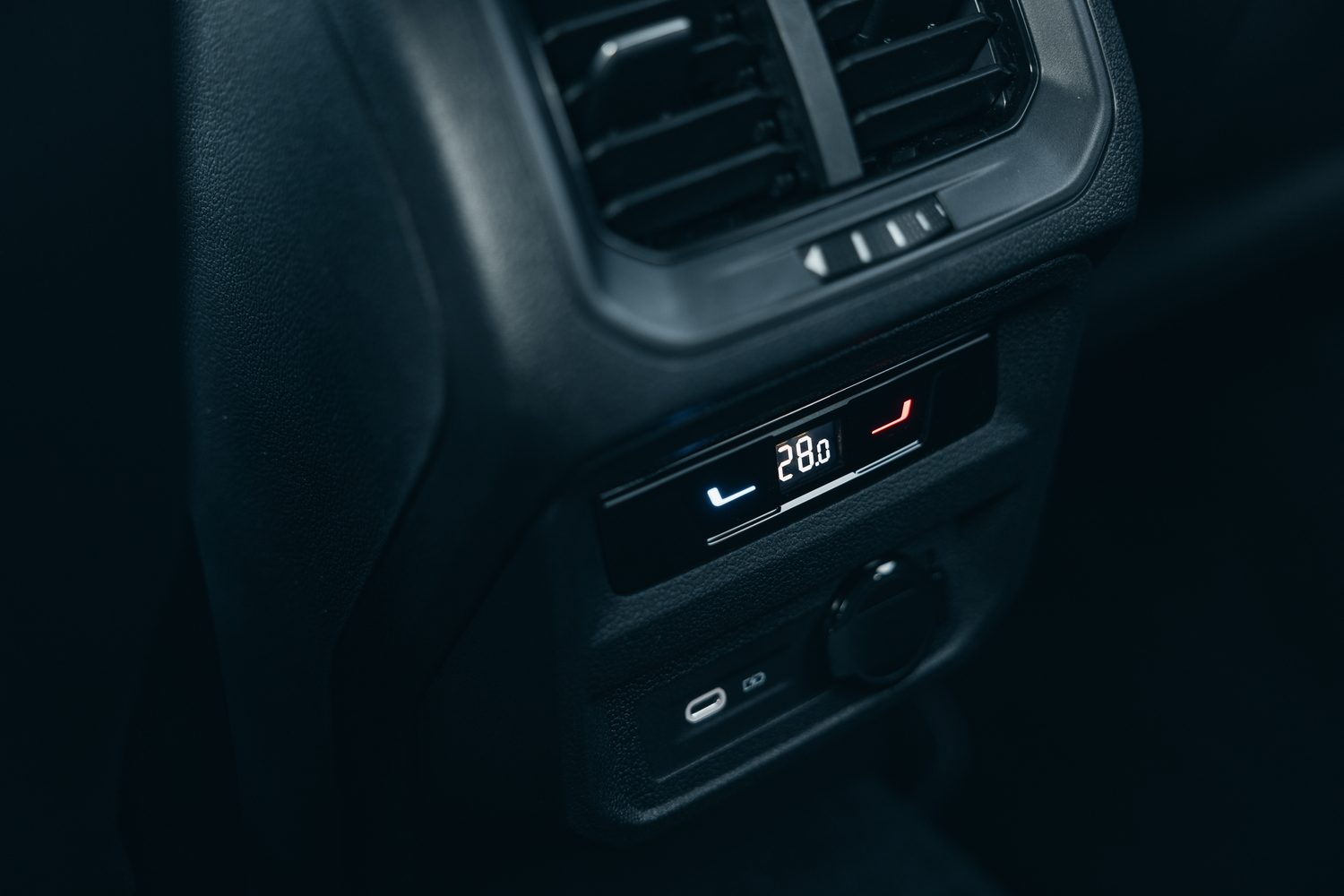 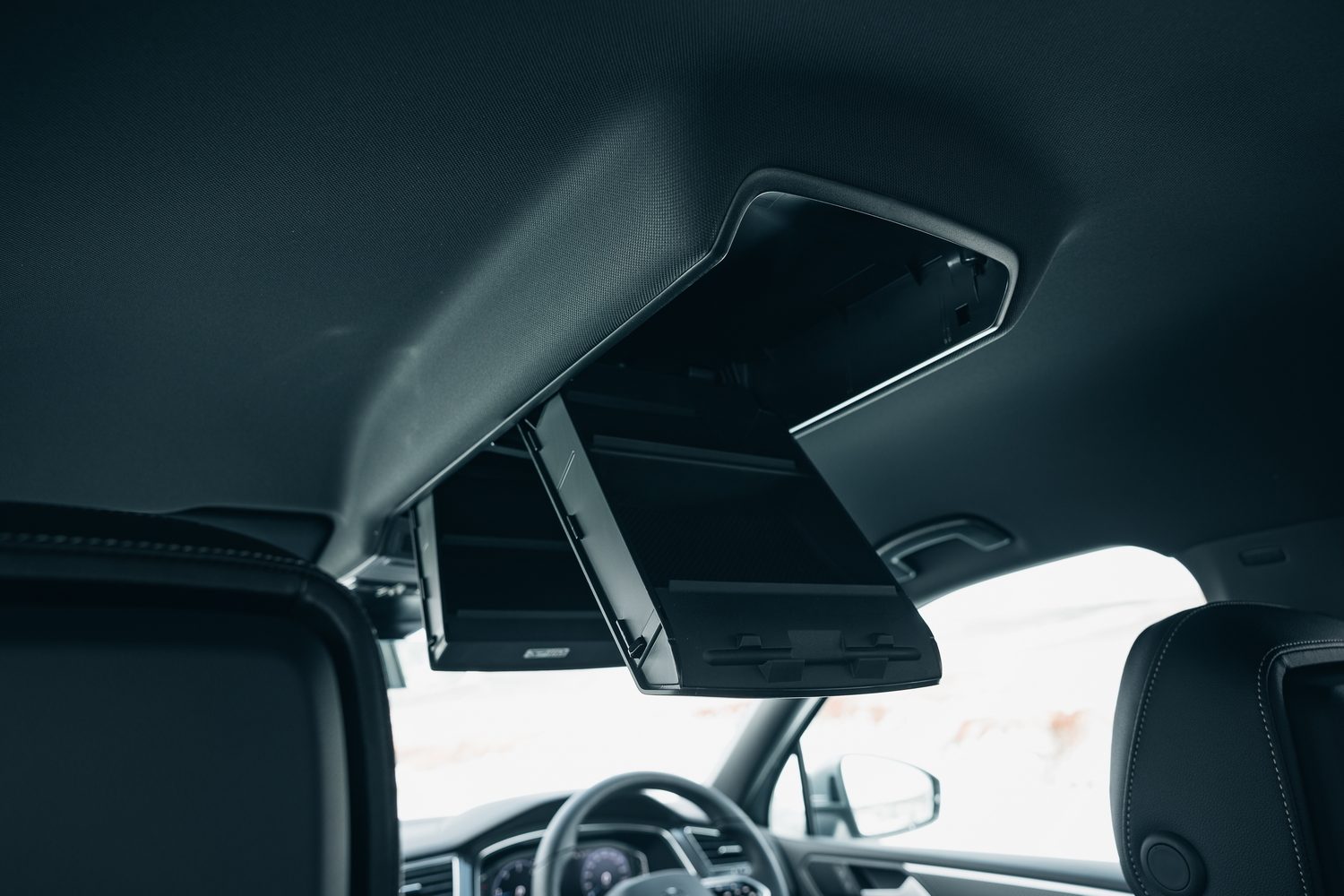 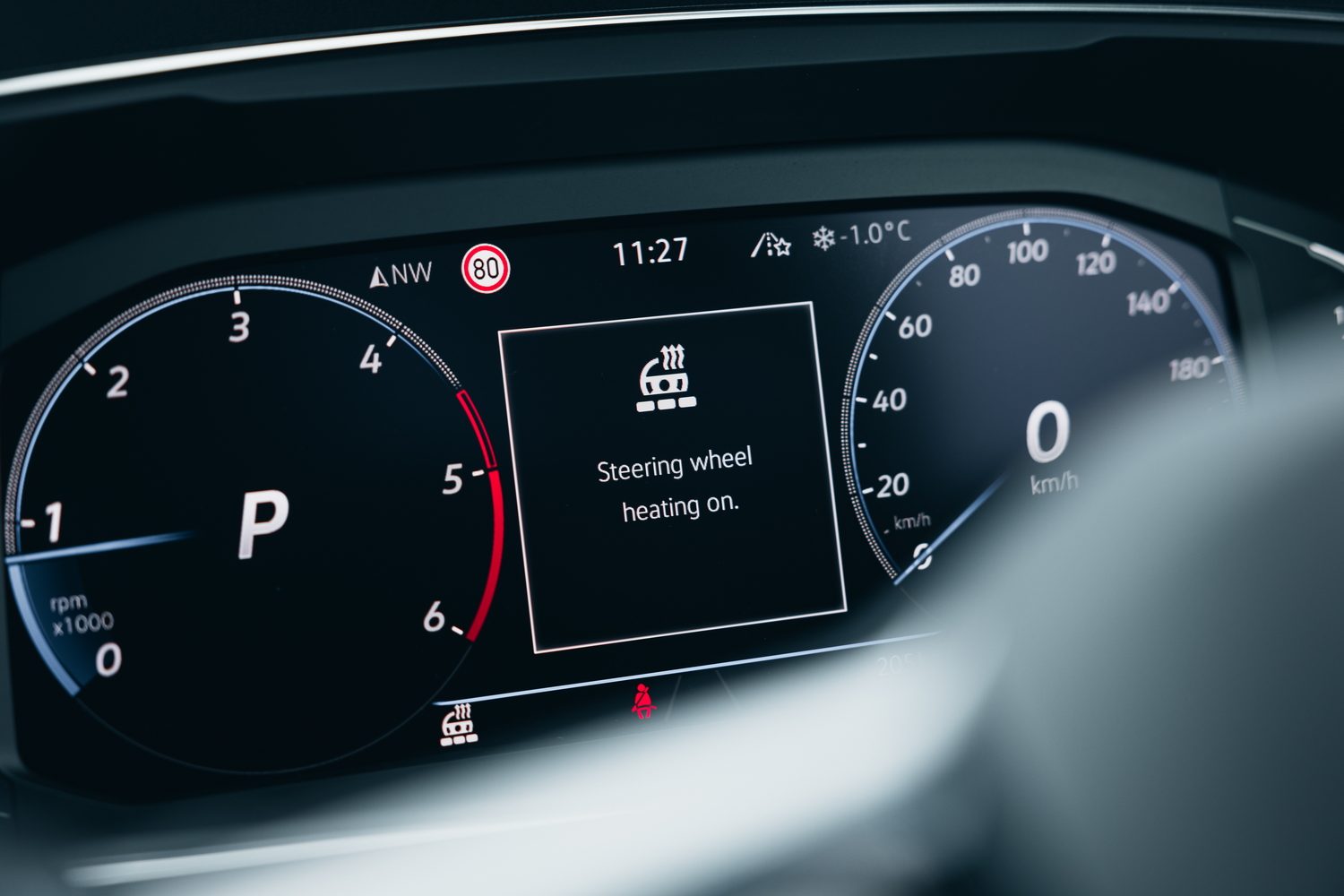 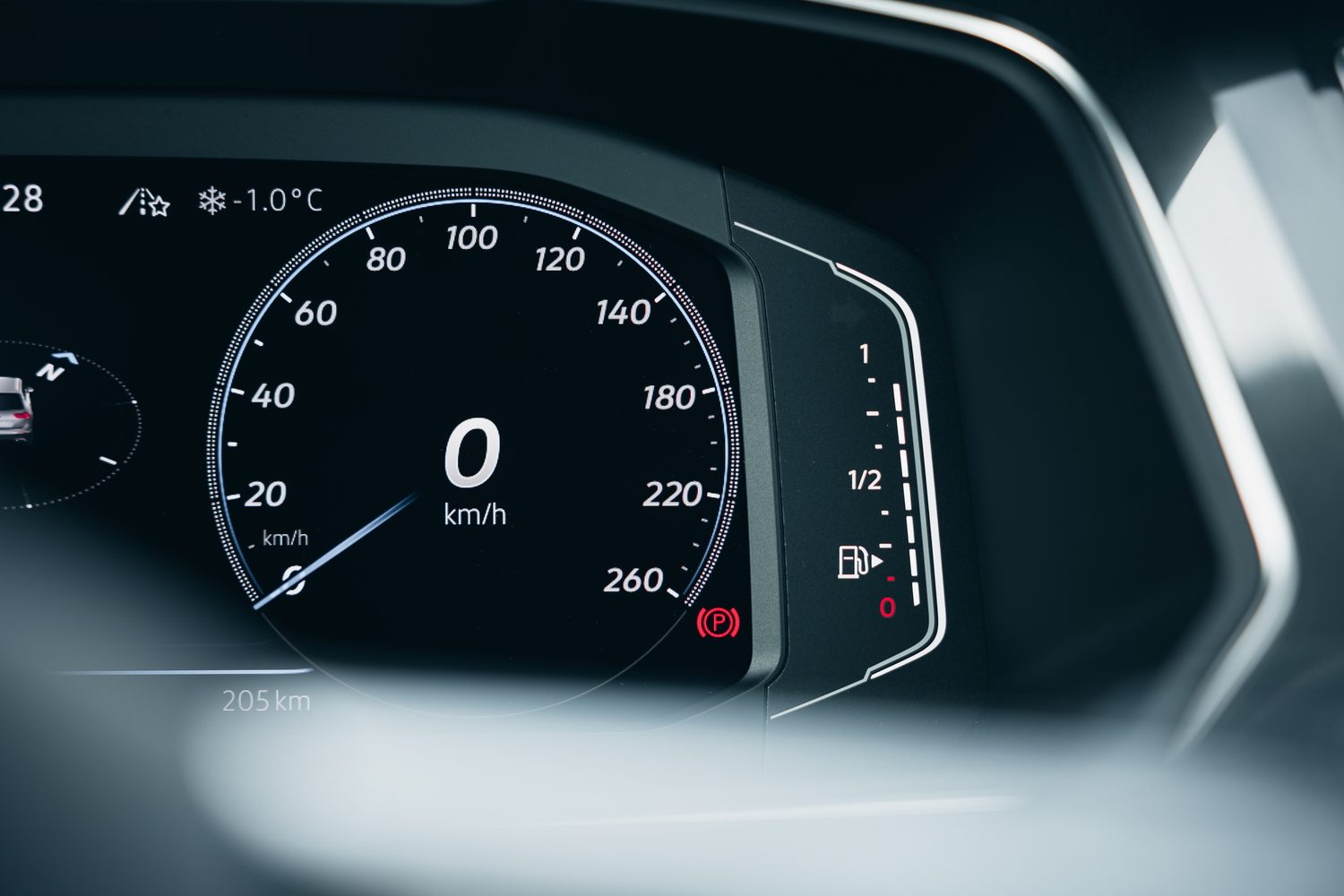 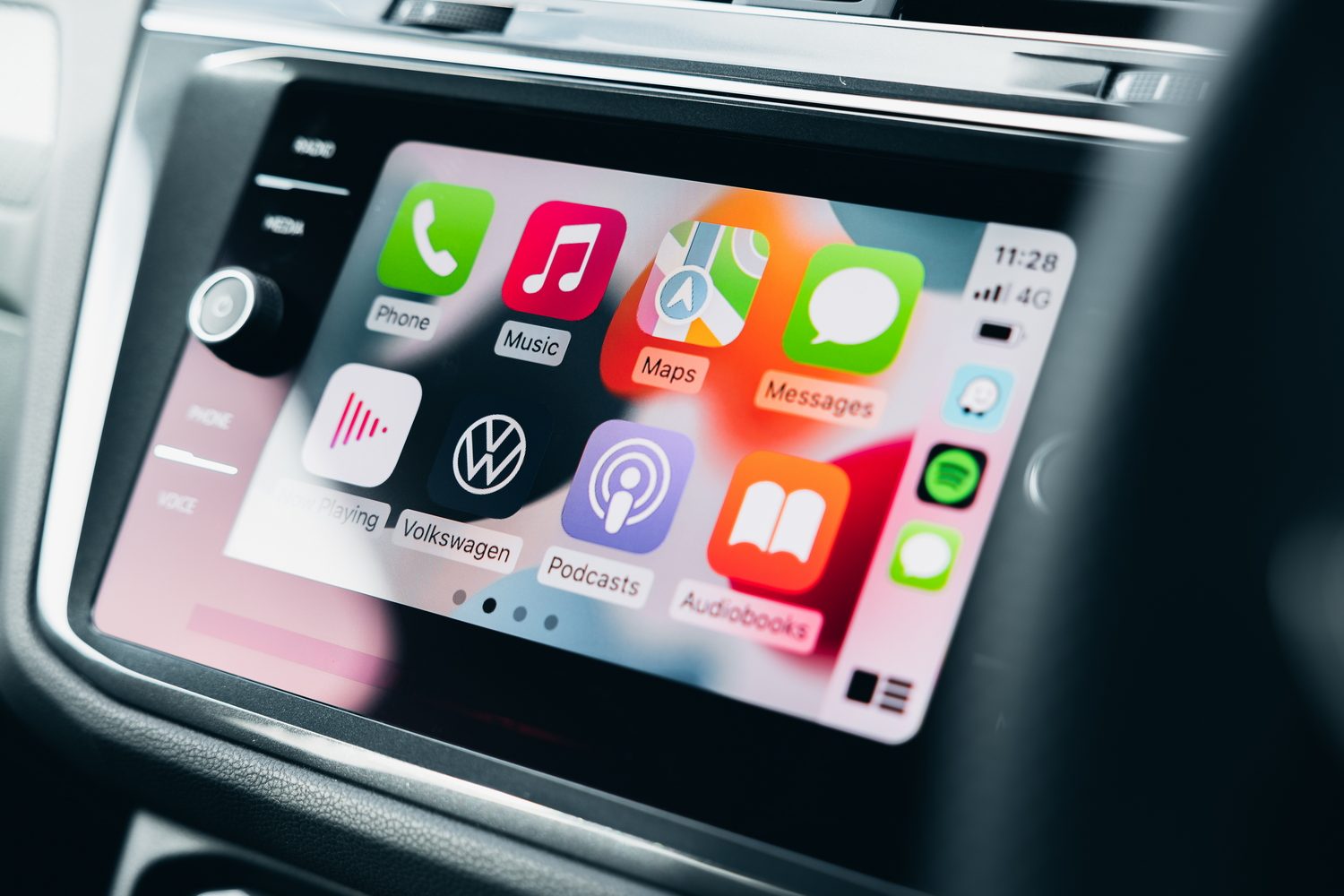 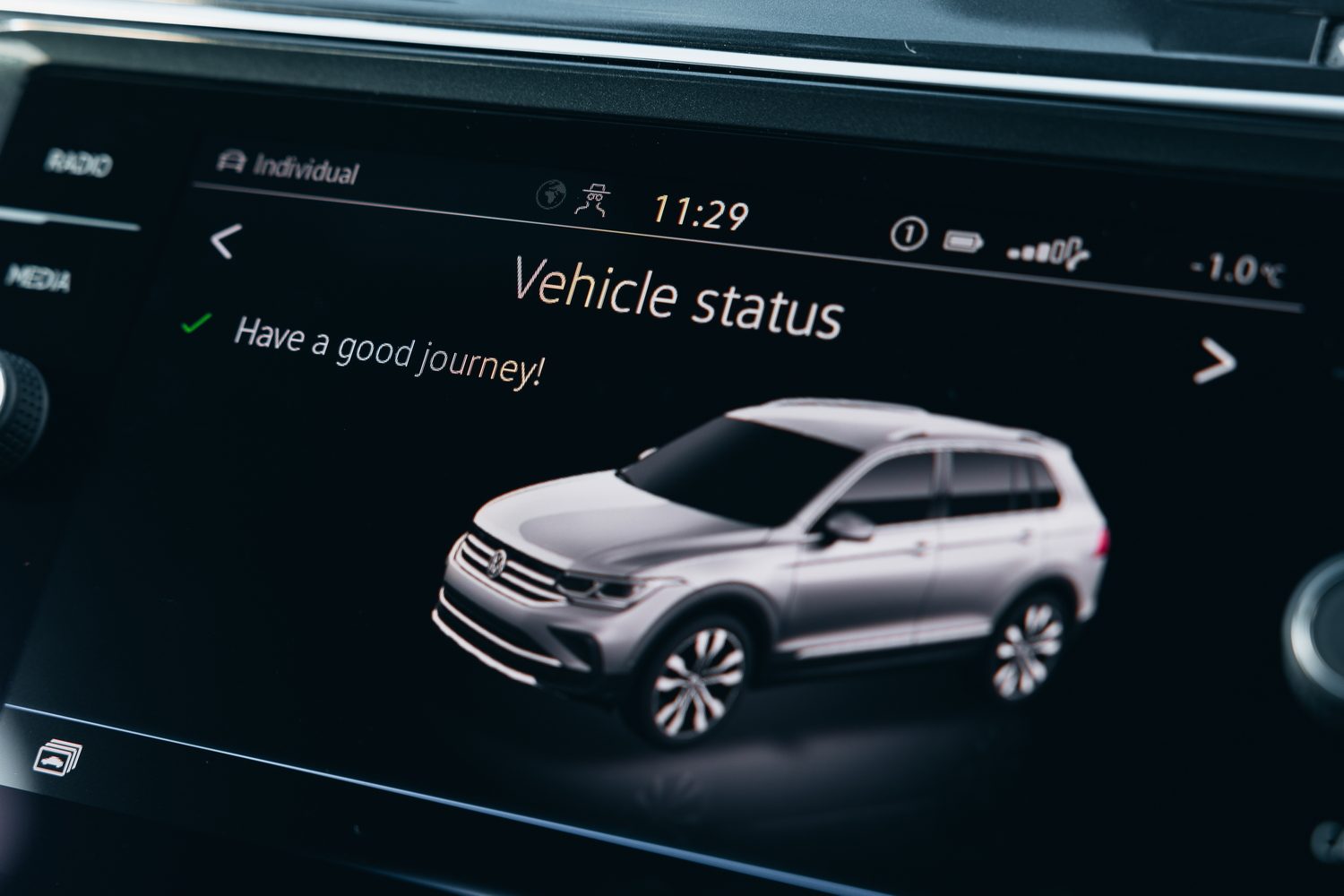 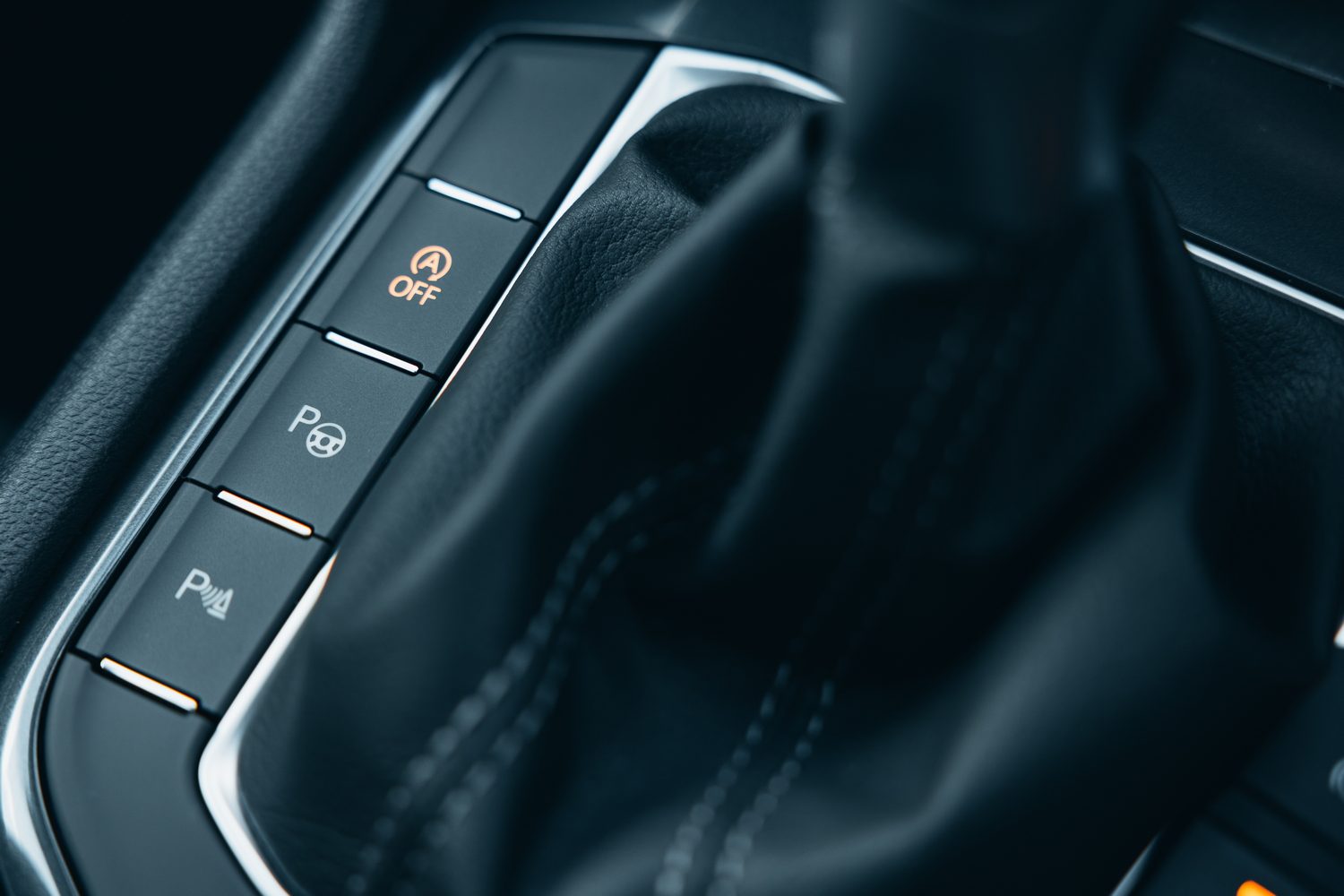 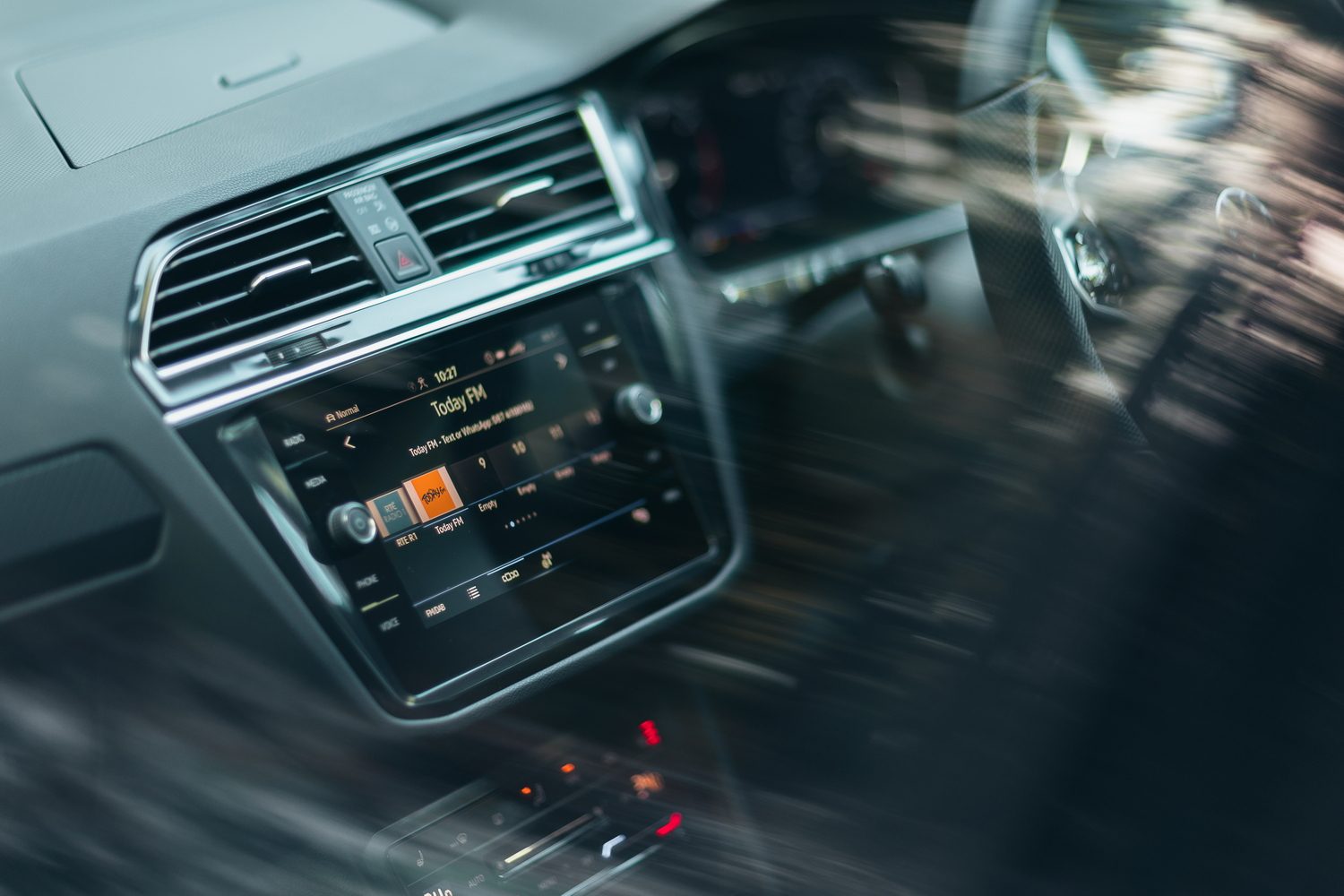 The seven-seat Tiguan receives the same updates as the regular model - but only diesel power.

It's easy to overlook the Volkswagen Tiguan Allspace. The slightly larger, seven-seat version of the standard Tiguan has similarly understated looks, although that hasn't stopped VW updating the model for 2022. There's a new trim structure and subtle revisions to the front end, with a new grille and slender headlights, while the taillights have been updated, too, with dark-red LEDs added to higher-spec cars. However, it's inside where the main changes have been made, with improved equipment and the introduction of VW's latest infotainment systems.

Being a seven-seat SUV means the Tiguan Allspace has some pretty strong rivals. Cars in this sector have all but replaced MPVs as transport for large families, but the amount of space you get can vary quite a bit. The Tiguan Allspace is closely related to the SEAT Tarraco and Skoda Kodiaq, while other potential rivals include the Hyundai Santa Fe and Kia Sorento, the Mercedes GLB, the Land Rover Discovery Sport and the Toyota Highlander.

The Tiguan Allspace is longer than the standard version by around 20cm to make space for the extra seats. It's not as big as a VW Touareg, but that model is a spacious five-seat premium SUV with no seven-seat option. If you have your heart set on a VW with more than five seats, then unfortunately the Touran MPV is no longer available - the Allspace essentially replaces it - so your only other option is the Multivan, which bridges the gap between MPVs and van-based people carriers.

Here we're testing a top-spec Tiguan Allspace R-Line with VW's 150hp 2.0 TDI diesel engine, joined by a DSG twin-clutch automatic gearbox. The Allspace carries a premium of around €5,750 over the equivalent Tiguan, although with a lack of petrol or plug-in hybrid options for the Allspace, the model line-ups aren't like-for-like.

Irish pricing for the Volkswagen Tiguan Allspace starts at €38,415 for the standard model, with the other trim levels comprising Life, Elegance and R-Line. Combine these specs with the fact that there's just the 150hp 2.0 TDI diesel to choose from, while only one model offers the option of manual or DSG auto gearboxes, and that means there are just five versions of the Tiguan Allspace offered by Volkswagen Ireland. All models are exclusively front-wheel drive, too.

Elegance is DSG-only, and the equipment count is ramped up, with 19-inch alloys, LED matrix headlights with auto main beam, keyless entry and starting, an opening panoramic roof and heated front seats with suede-style trim inserts, while extra safety kit is included, too.

Finally, R-Line is also DSG-only, and introduces a sportier body kit and 20-inch wheels, while the equipment list largely mirrors that of Elegance, except for the addition of a drive mode selector, while the panoramic roof and matrix LED lights are on the options list.

Other options (which are mostly only available on Elegance and R-Line models) include 360-degree surround view for parking, a head-up display, a 9.2-inch infotainment system, heated rear seats and full leather trim.

If you're looking to buy on finance, head to the Volkswagen Ireland website for the latest offers.

If you're looking to buy a VW Tiguan Allspace, then you're likely to be in need of the seven-seat layout. While an SUV is never going to have the measure of an MPV for outright passenger space, the Tiguan makes a decent fist of things.

The back-seat layout is flexible, and the third row has decent space for kids - and adults if they don't mind being a bit squashed and you're only travelling a short distance. The other benefit of the seven-seat layout comes when you're using the Allspace in five-seat mode, because the boot offers a generous 760 litres of space in this configuration. It's worth noting that while the Allspace has five seats in the back, it's still just the outer two chairs in the middle row that are equipped with ISOFIX child-seat anchors.

VW's updates have helped keep the Tiguan Allspace looking fresh, but we're less convinced by the tech upgrades to the cabin. Sure, build quality and comfort are as great as ever, while the digital instrument display and touchscreen are good, too. But the touch-sensitive climate controls feel like a backwards step. They're the same controls that were introduced with the VW Golf Mk8, and not only are they trickier to use when on the move, they're not illuminated at night, which seems like a major oversight.

The Tiguan Allspace delivers the kind of high driving position that has made SUVs so popular in recent years, while the car's extra length doesn't make it any harder to manoeuvre than the standard Tiguan, either. Light controls and a suite of electronic parking aids help with that, too.

On the road, the combination of the R-Line model's stiffer sports suspension and large 20-inch alloy wheels don't really do the Tiguan Allspace any favours, because they add a firm edge to the car's ride. This improves the faster you go, but there's no payoff when it comes to the Tiguan's handling - it drives competently, but there isn't really any fun to be had here (and the Allspace's buyers are unlikely to be seeking out such a thing in any case).

Sticking with a diesel-only line-up for the Tiguan Allspace makes sense in terms of the pulling power that will be needed when the car is full of passengers, but it's a shame that VW hasn't included any alternative powertrains. The 2.0 TDI is smooth enough for a diesel, and the 150hp unit works well with the seven-speed DSG gearbox, while fuel economy on longer runs is decent. But there's no avoiding the diesel rattle at lower speeds, and around town the TDI unit feels uncouth when compared with the smooth electric and hybrid power that's now offered by some rivals.

Our verdict on the Volkswagen Tiguan Allspace

The updates to the Tiguan Allspace have done nothing to harm its talents as a brilliant family SUV - it still has a hugely useful interior in terms of layout and size, with good comfort and VW's typically first-rate build quality. If you're looking at the Tiguan Allspace as a substitute for the Touran MPV, then you might be disappointed by the space on offer, but in terms of its SUV rivals, the VW is a strong contender. The R-Line trim tested here isn't the best for comfort, although it does look the part. It's just a shame that there's a lack of hybrid or petrol engine options. 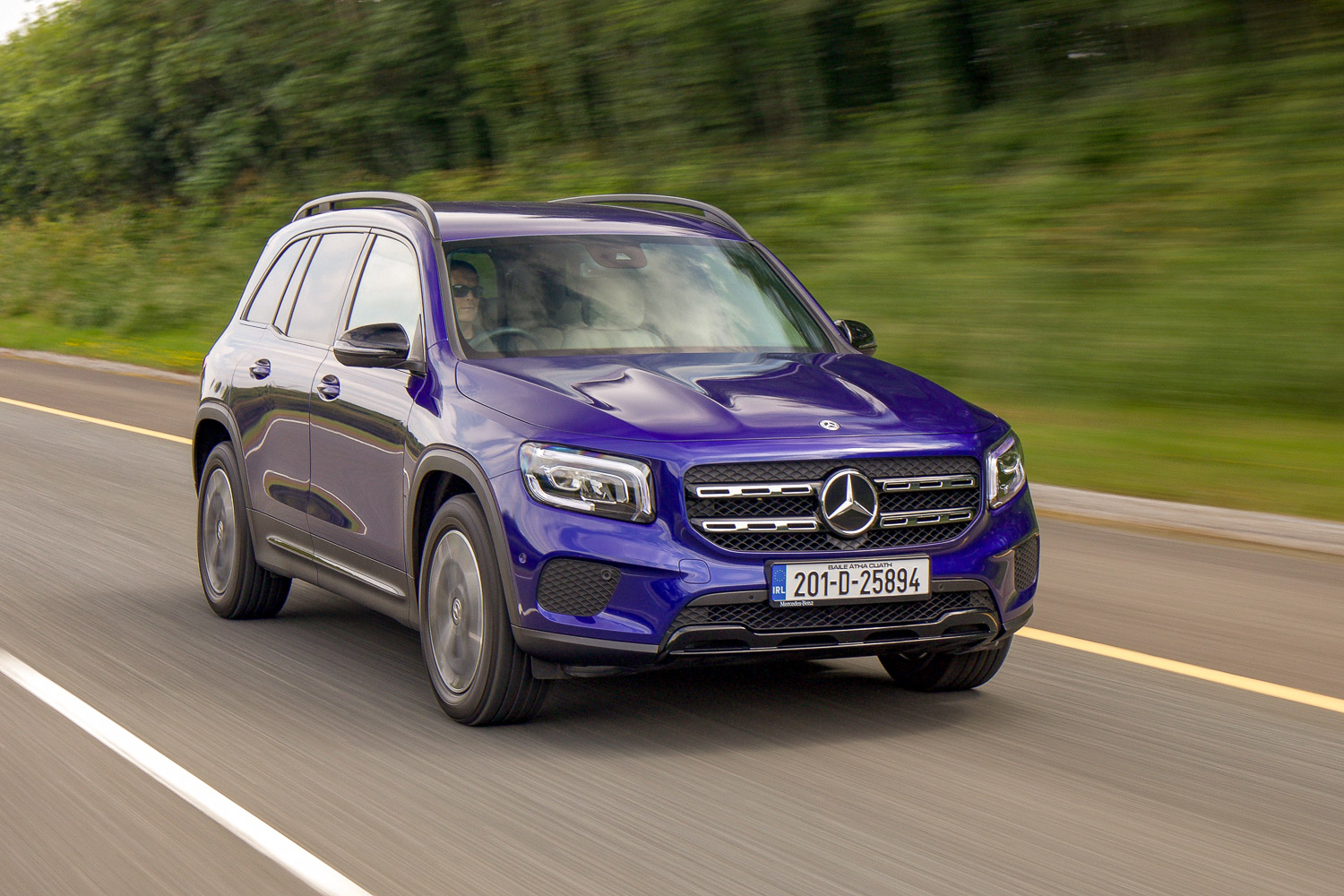 Mercedes-Benz GLB 200 d (2020) review
Mercedes-Benz GLB vs. Volkswagen Tiguan Allspace 2.0 TDI (2022): the Mercedes is still relatively unknown, but it's a great alternative to the obvious seven-seat mass-market family SUVs at this price point. 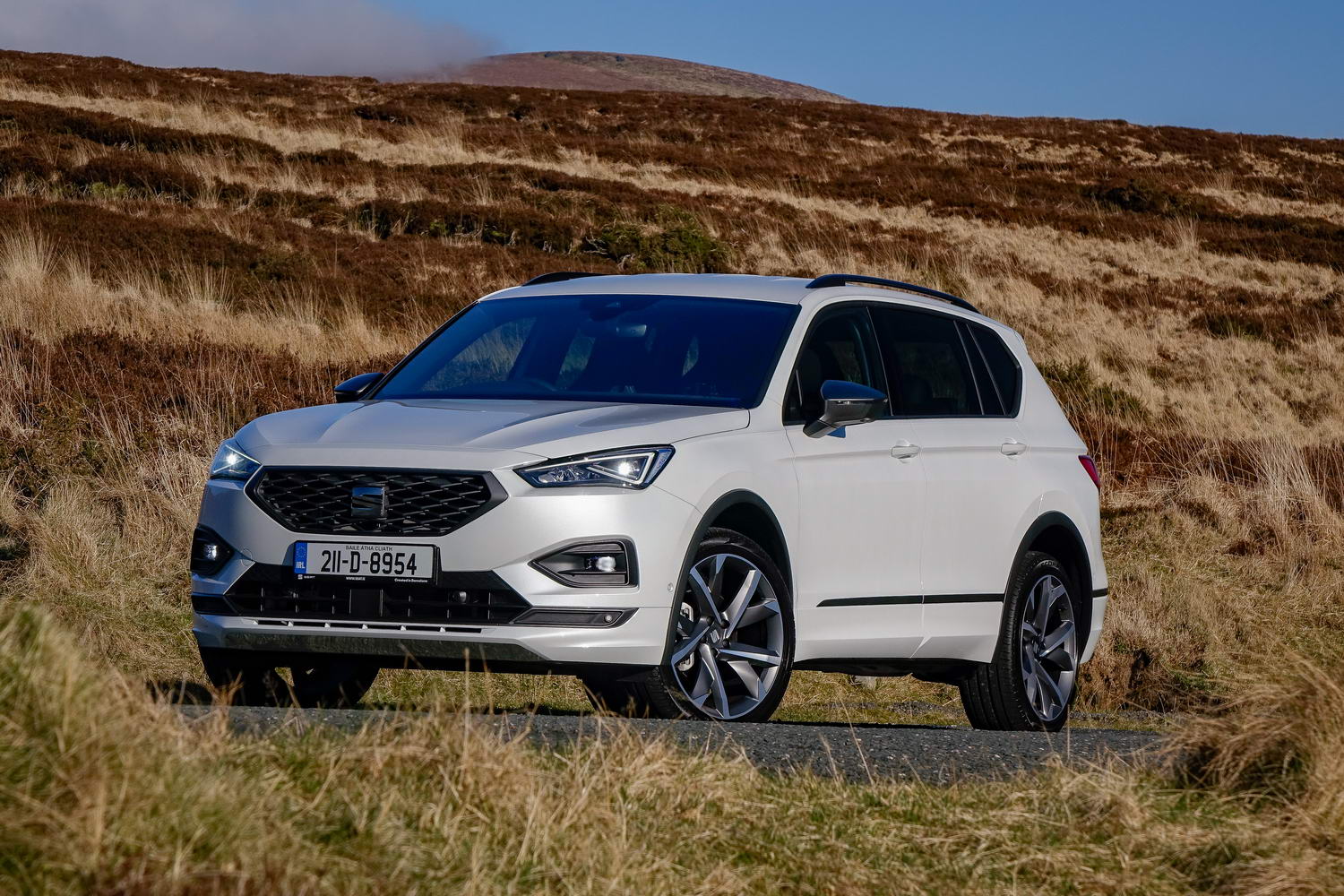 SEAT Tarraco 2.0 TDI FR (2021) review
SEAT Tarraco vs. Volkswagen Tiguan Allspace 2.0 TDI (2022): it's not easy to choose between the SEAT and Tiguan as they're essentially the same car underneath. However, SEAT offers more choice in the line-up... 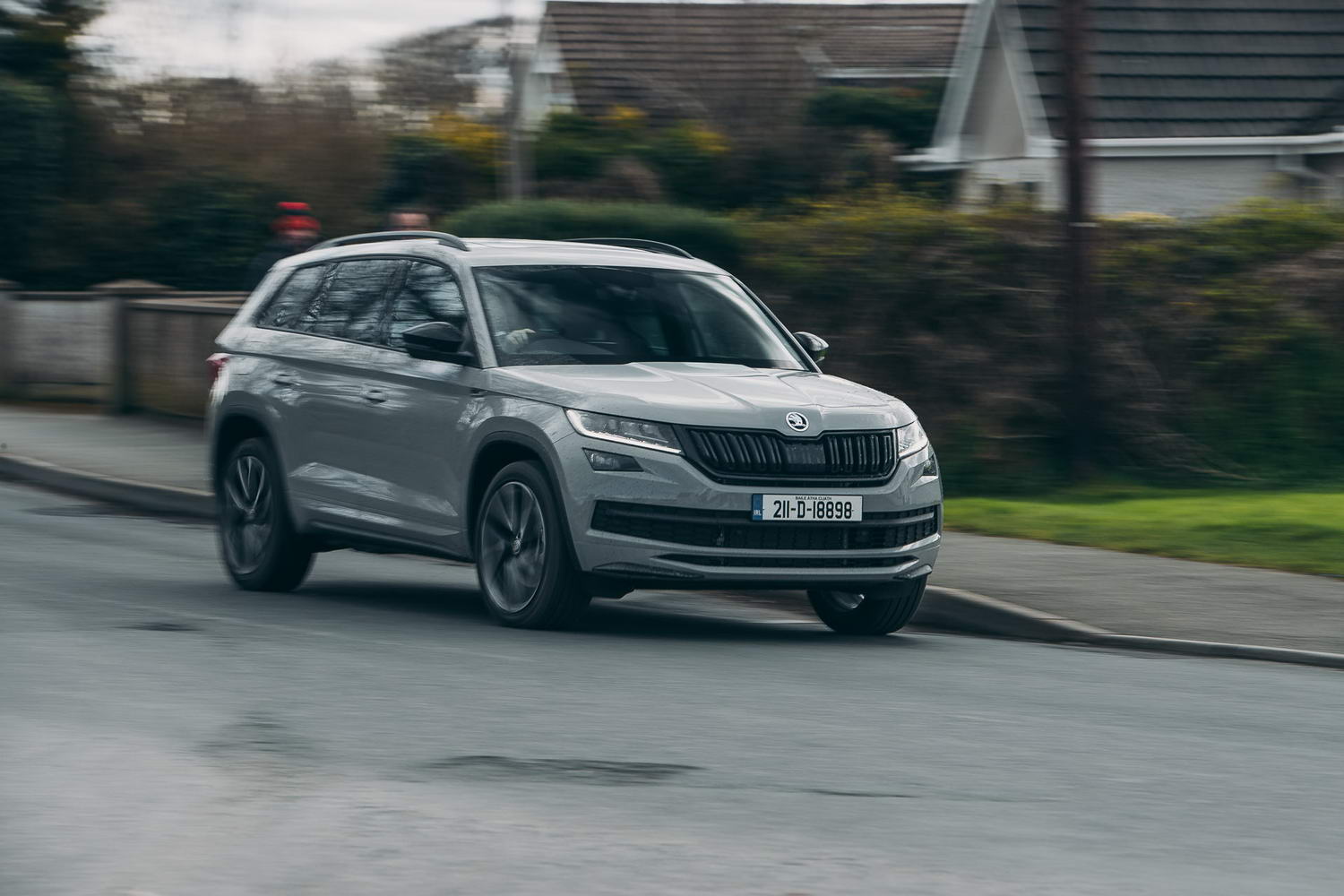 Skoda Kodiaq Sportline (2021) review
Skoda Kodiaq vs. Volkswagen Tiguan Allspace 2.0 TDI (2022): these are closely related cars and the Kodiaq has been updated again since this review making it just as fresh as the Tiguan. We prefer the looks of the Skoda inside and out, but they drive in a similar manner.