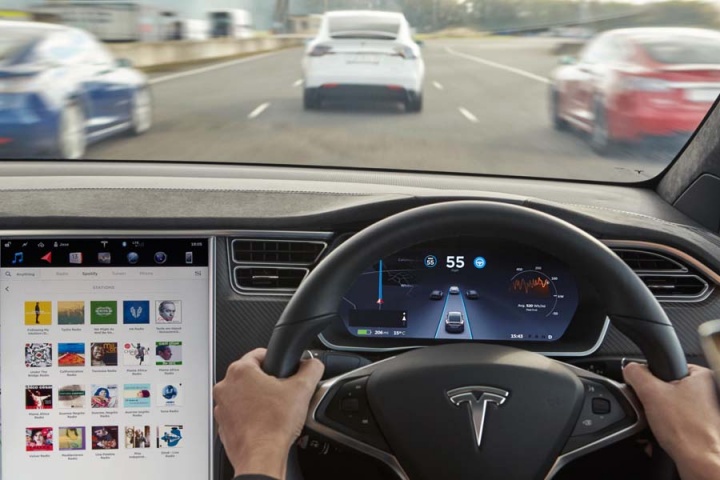 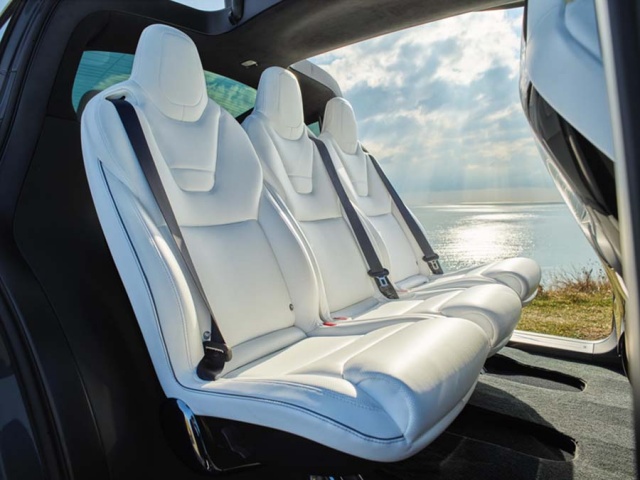 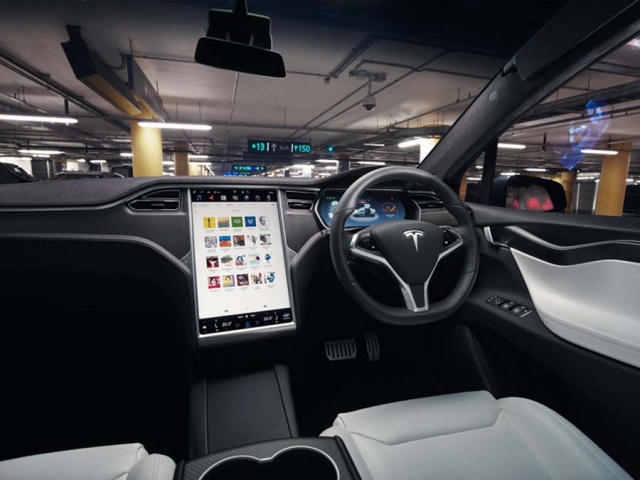 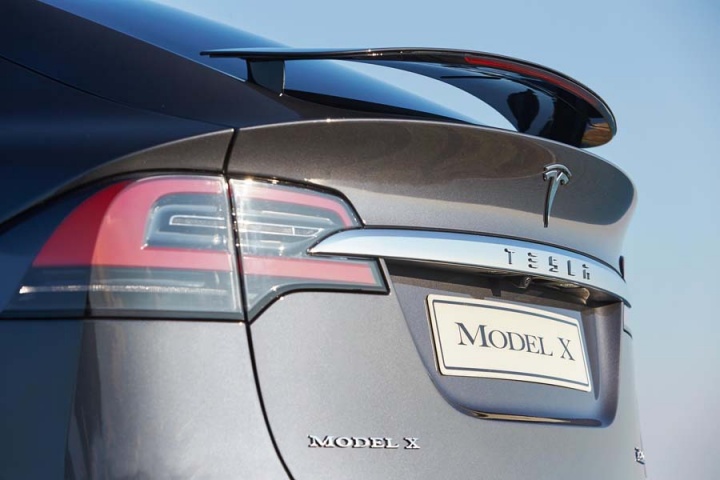 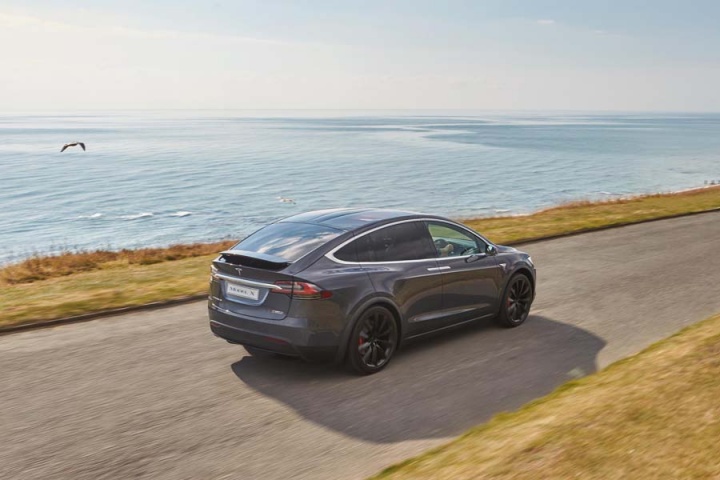 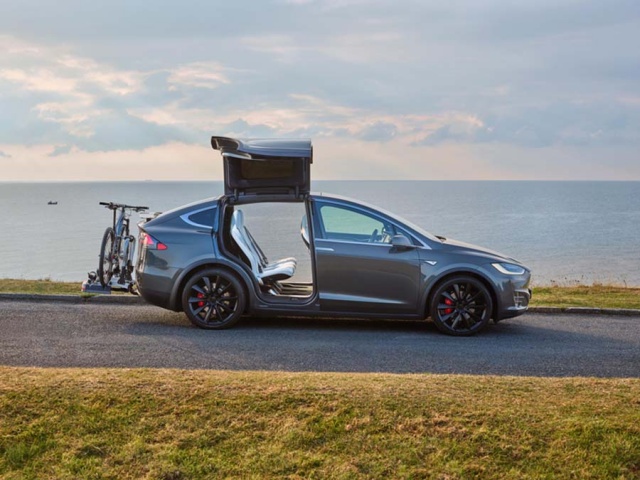 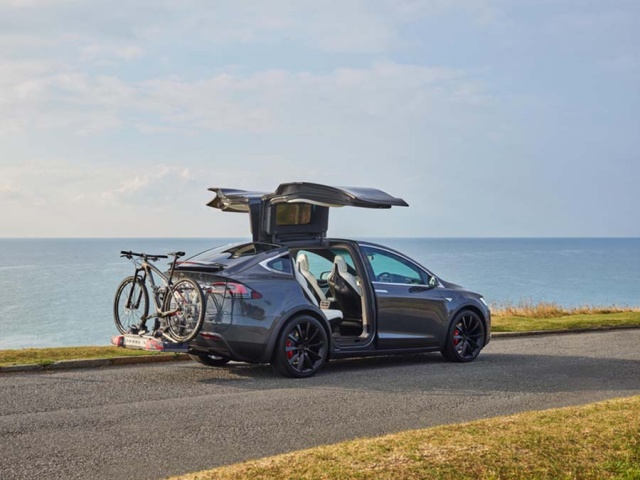 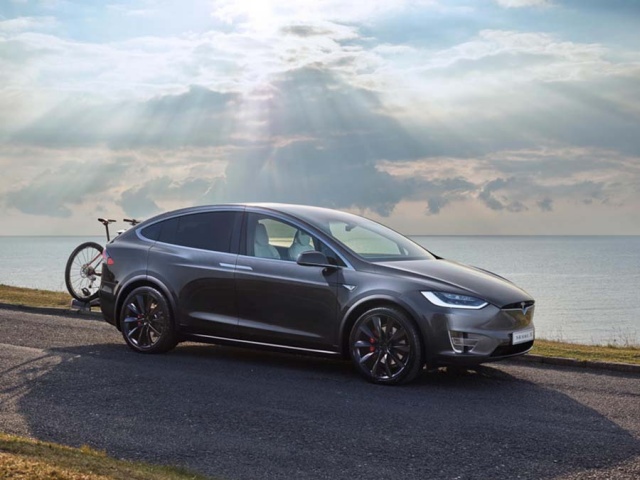 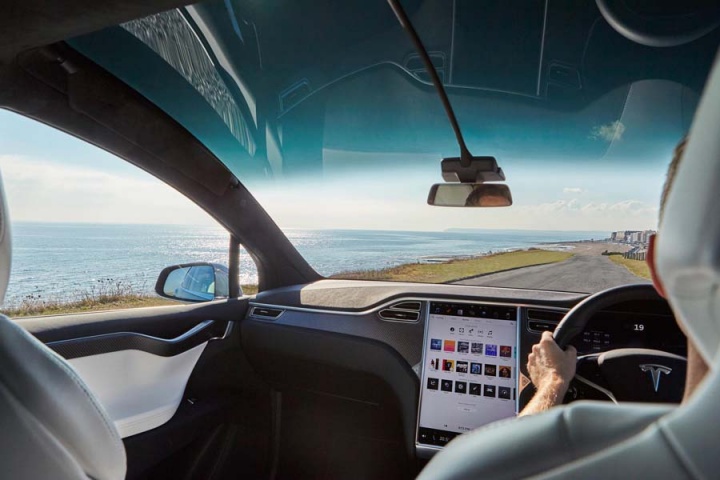 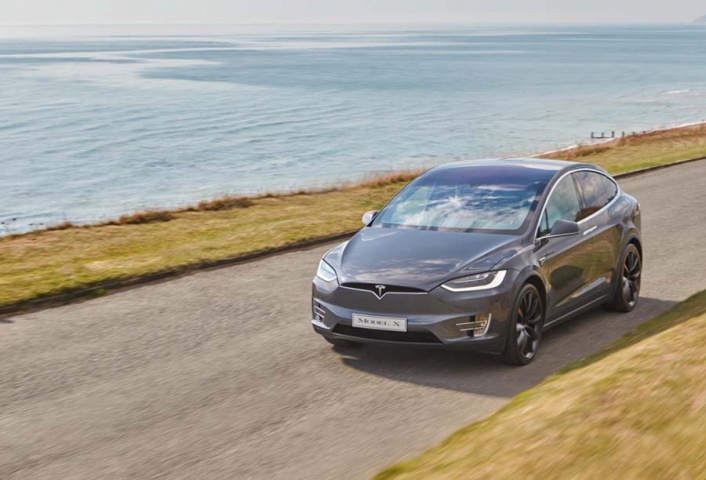 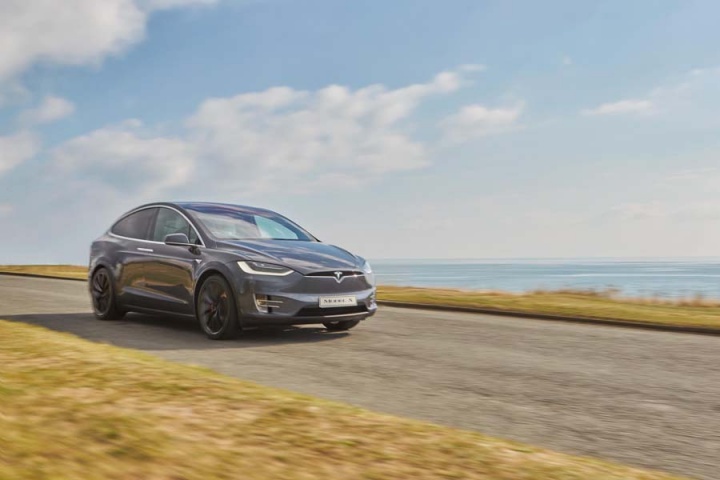 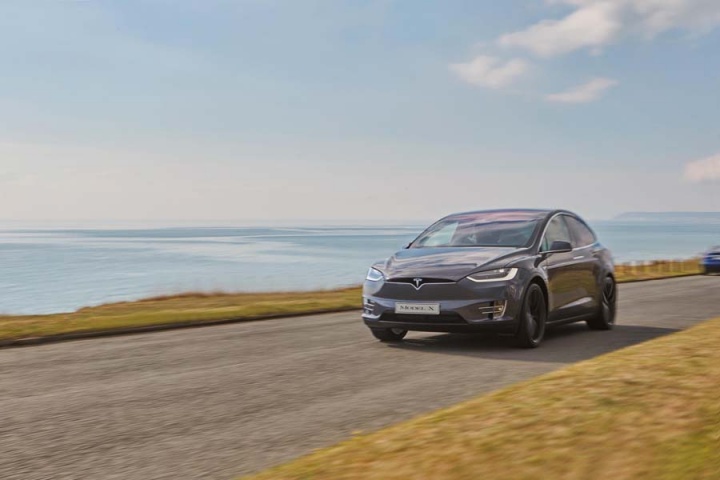 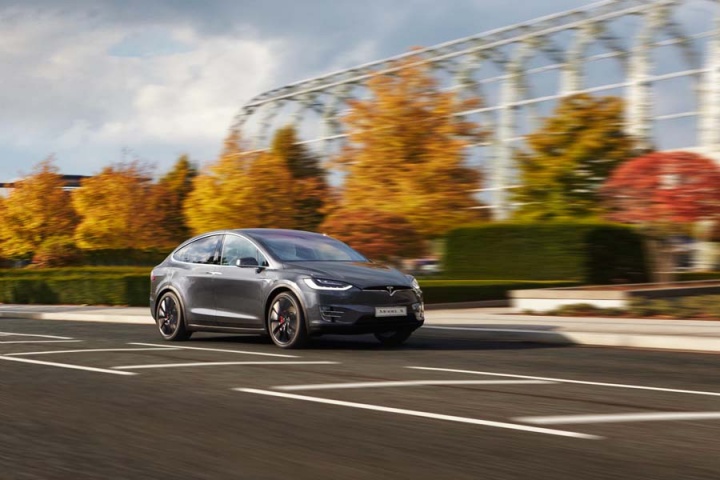 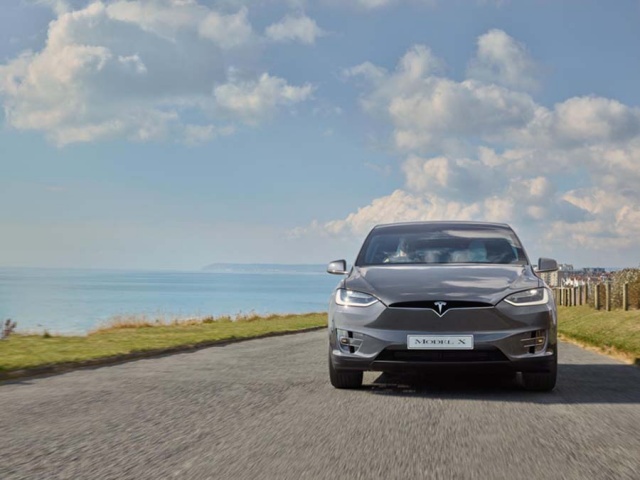 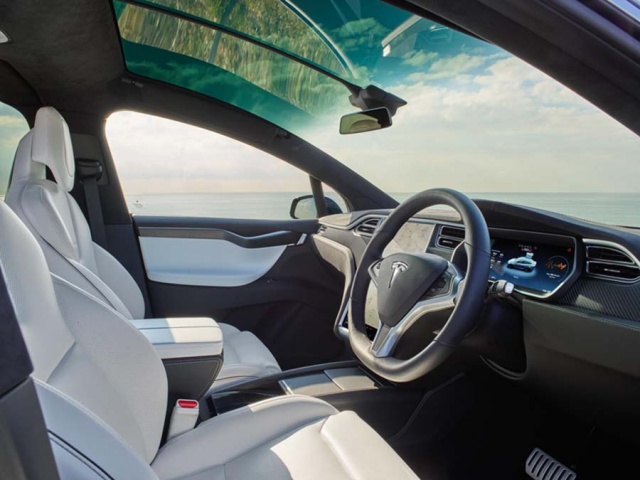 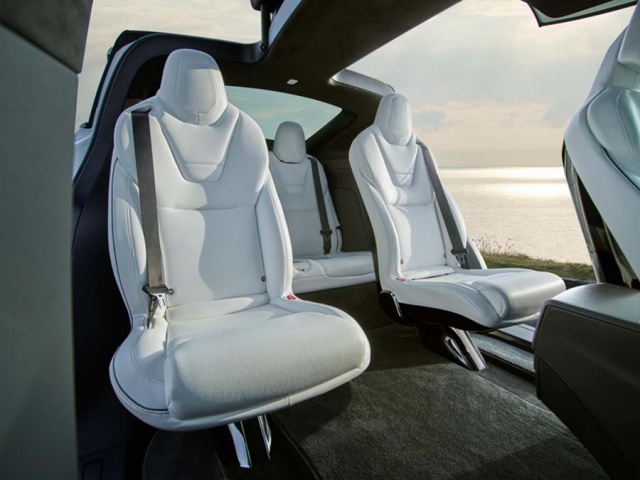 Tesla at last arrives on these shores, and the Model X is its luxury multi-seat SUV.

While the new Tesla Model X SUV is utterly brilliant in some areas, it is lacking in others. Much will depend on how big a tech-nerd you are and whether you're willing to pay for that.

In one sense, we should really give the Model X a five-star rating here, as frankly nothing this side of a Bugatti Chiron is going to get you as noticed, as talked about nor as talked with as the Model X. For a start, Tesla is arguably the world's most famous car maker right now, constantly in the headlines (for both good reasons and bad) and with the sort of buzz of publicity that more mainstream makers would beg for.

That said, it's not a great looking car. While the Tesla Model S that shares a chassis, batteries, interior and electric motors with the Model X looks sleek and modern, the X looks, well, a little more like a motorised egg. Clearly, Tesla was trying to steer away from the traditional, blocky, upright SUV look, and also trying to keep the aerodynamics as smooth as possible, but the Model X just doesn't look immediately attractive, although that can be partially fixed with some strong colour choices.

The standout feature of the Model X's static appeal is its pair of 'Falcon' back doors. Part Star Trek shuttle craft, part Mercedes 300 SL Gullwing, they are utterly incredible to watch in motion and yet are so practical you wonder why all car makers don't use them (answer: cost and weight). They can open with as little as 30cm clearance to the side and when they're all the way up, you can hop in and out of the back seats as if the side of the car wasn't there. For parents loading and unloading kids from child car seats, they are the best thing ever. Literally ever.

Those back seats come in three layouts - a three seat bench, with no boot seats, but which can fold conventionally flat; a six-seat layout with two individual seats in the middle row and a third folding row in the boot, or a seven-seat layout with three individual seats in the middle and a folding third row. Space is generally good, although as ever the middle row has to compromise a little if those in the third row are going to have decent legroom. Boot space depends on the seating layout, but the maximum seats-folded space is a whopping 2,180 litres and that doesn't count the extra 187 litres in the Porsche-style luggage area under the blunt nose.

The dash is utterly dominated by the huge 17-inch touchscreen, which, at a stroke, makes every other car maker's infotainment effort feel a touch flaccid. It's massive, bright and really easy to use. You would think that a car this cutting edge would be like Concorde to operate, but actually with a few minutes to acclimate, the big screen is a doddle to use, even on the move - and not half so distracting as you might think.

The let-down in the cabin is in quality and comfort terms. While Tesla uses a lot of high-end materials (a wipe-clean synthetic leather, Alcantara suede and carbon-fibre amongst them) and uses them mostly well, there's no getting away from the fact that overall quality doesn't feel (a), as good as you get in a comparable Audi or BMW and (b), as good as it should be in a car costing north of €100k. The front seats are also less than brilliant, feeling a little too narrow across the seat back and lacking the sumptuous comfort of rivals such as the Audi Q7 or Range Rover Sport.

The highlight here is the powertrain. The 90D version of the Model X (one up from the 75D base model) gets an electric motor for each axle, developing a hefty 416hp, with a massive 658Nm of torque - comparable to the mighty Audi SQ7. Performance is, forgive the pun, electric. The 90D doesn't get the Mel Brooks-referencing 'Ludicrous Mode' of the P90D or P100D versions, but a 0-100km/h time of five seconds dead for a car weighing over 2.3 tonnes is still mightily impressive. A Volkswagen Golf GTI just wouldn't see which way you went.

Aside from such show-pony tricks, though, it's the drivetrain's refinement (totally silent, of course, but also utterly free from vibration) and effortlessness that impress. You really do glide along, and as with other electric cars such as BMW's much-smaller i3, the regenerative braking when you lift off the accelerator means you only need to touch the brake pedal when you want to come to a complete stop. Quite aside from the environmental benefits, this is a seriously satisfying way to push a car along.

The Model X's electric range is hugely impressive, with an official figure of 489km available between charges. You might just manage that if you drive only in town, but on the open roads, that will fall a little to between 300- and 350km most likely. That's still very useable, though, not least because Tesla is investing in a nationwide network of its own Supercharger fast chargers (which can charge you up to 80 per cent in 30 minutes) and 'Destination Chargers' at hotels and shopping areas (which can add around 50km for each hour plugged in). Certainly, along with the Model S, it's the most useable electric car yet.

Not the best to drive, sadly. While the Model S feels, for the most part, well-sorted if not exactly a super-sharp driving weapon, the Model X actually feels a little disappointing to drive. The standard fit air suspension was sorely tested by a run into the depths of darkest Wicklow, and felt too-often fidgety and unsettled. The steering feels numb and disconnected and there is simply too much road and wind noise, not to mention some annoying rattles in the cabin, for a car costing this much.

Clearly, this is an expensive car, although far from out of line with its major rivals when you consider its impressive performance, and the sheer appeal of both its environmental credentials and those Falcon doors. It could potentially save you a lot of money too - Tesla claims an annual fuel cost saving of around €4-5,000 compared to some rivals, assuming domestic charging rates, and the Supercharger network gives you 400kWh of charging (good for around 1,600km) free every year, and then charges you around 20c per kWh thereafter. ESB e-Car charging points are all still free of course, and can be used if you buy a €400 CHADEMO adaptor. Most charging will be done at home, says Tesla, using its own 7kWh home charger, which costs around €1,000 including installation.

Standard equipment in the Model X is impressive, and includes those doors, that screen and the five-seat layout, plus a four-year 80,000km warranty and three years 3G internet connectivity, but it's very easy to send the already-chunky price skyrocketing even with the relatively brief options list.

The Tesla Model X is so cutting edge it could give you shaving nicks just looking at it, and the combination of those amazing rear doors and the smoothness and slickness of its powertrain makes it hugely tempting. Plus, there's the impressive acceleration and the sanctity of zero-emissions motoring. It really needs a quality boost and a dynamic makeover to be the truly great car it so nearly is, though. 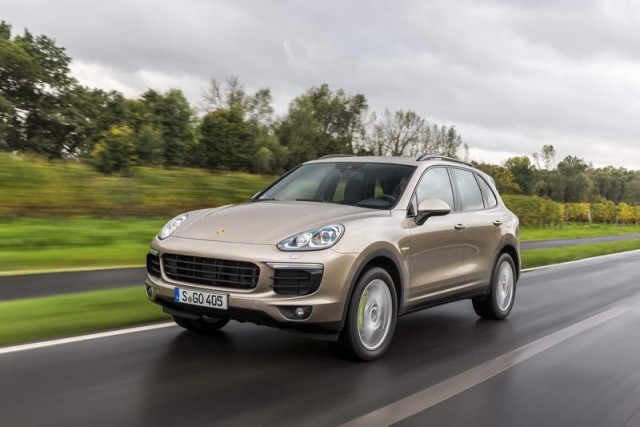 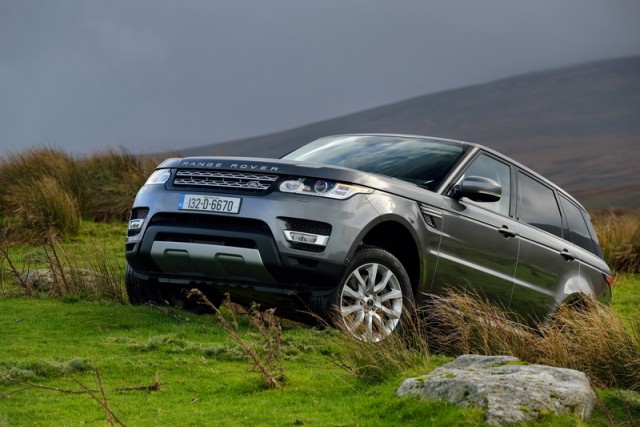