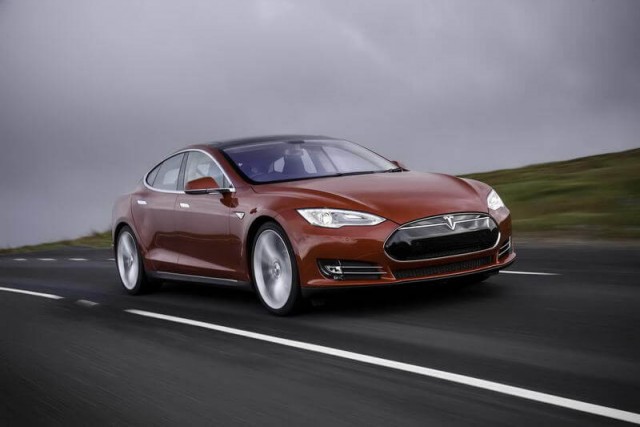 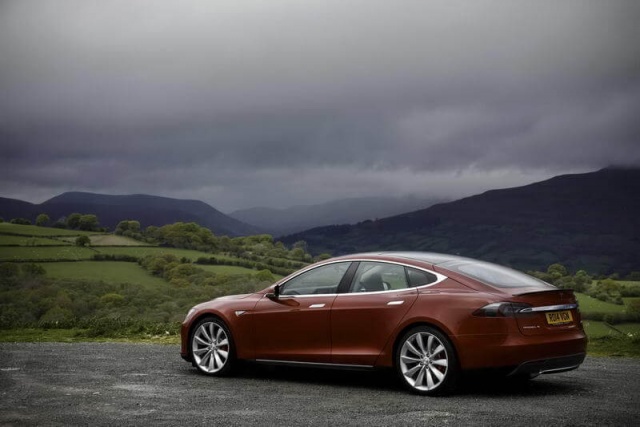 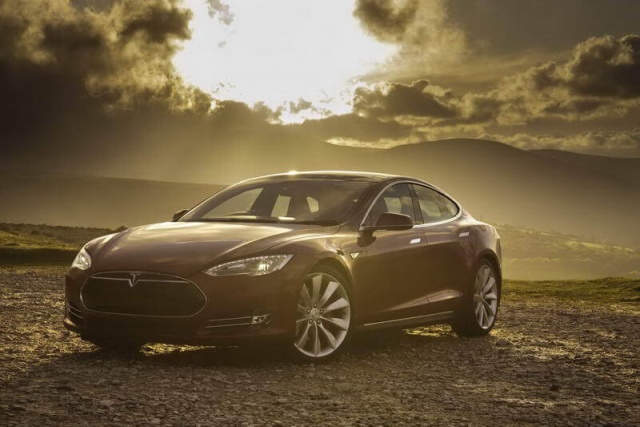 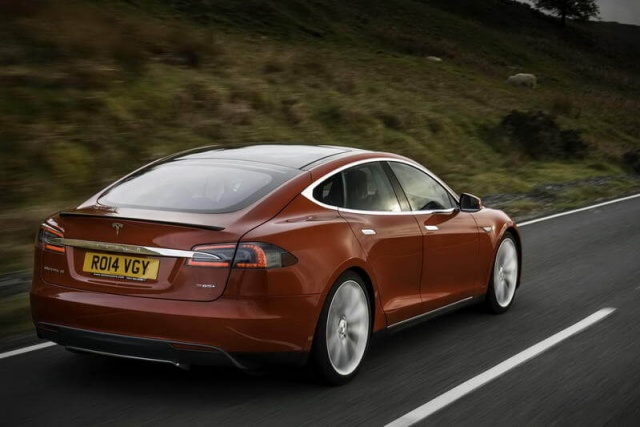 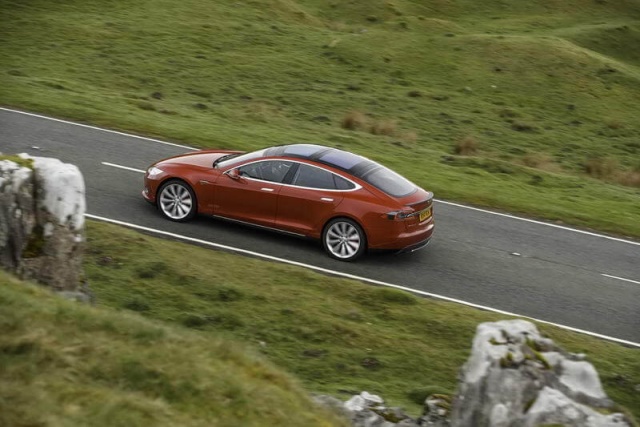 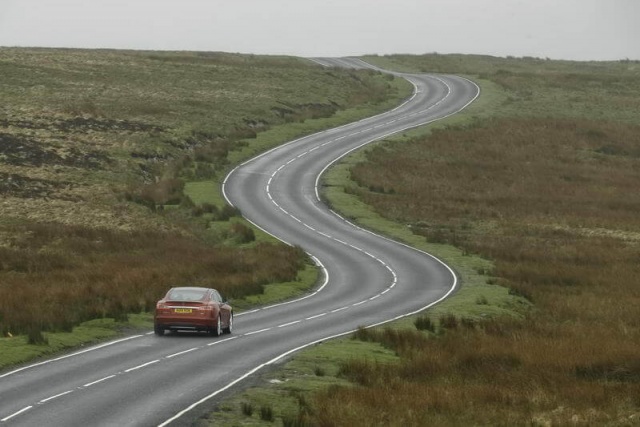 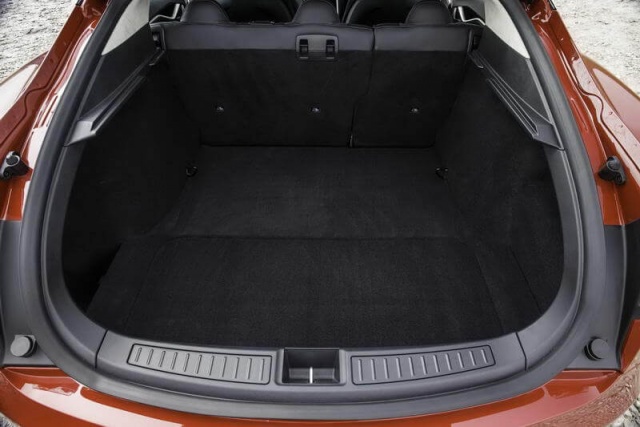 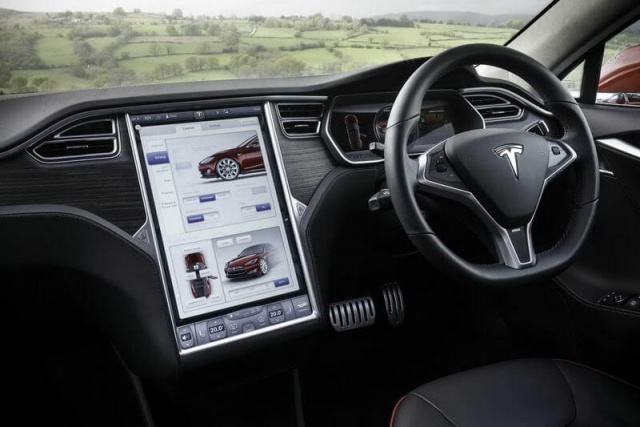 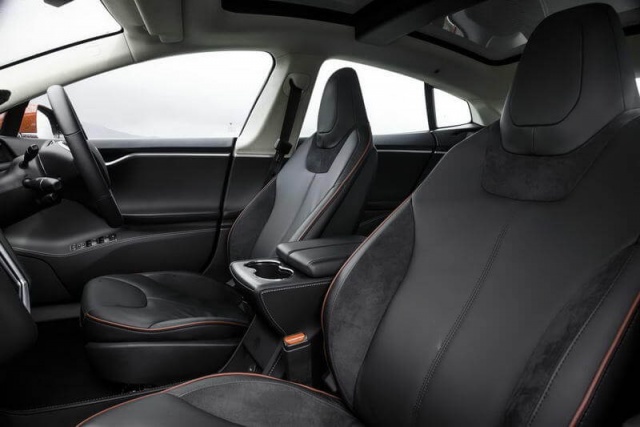 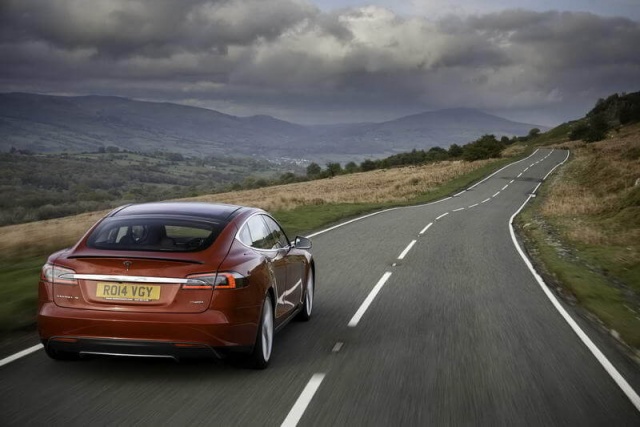 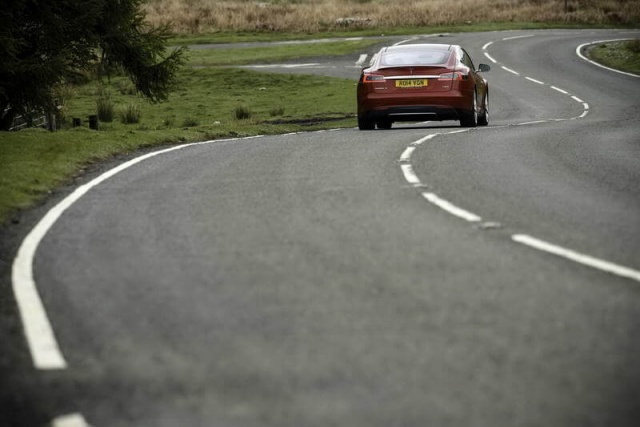 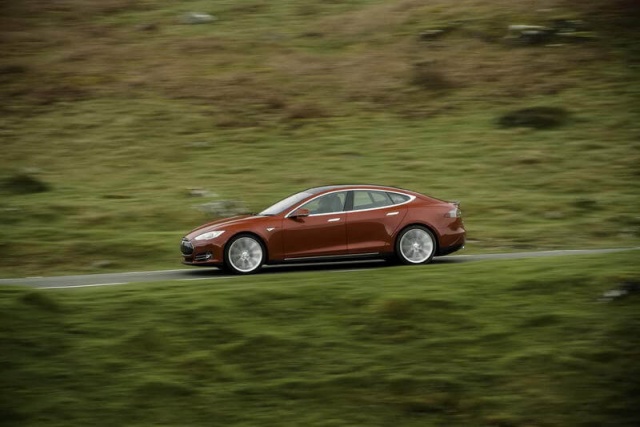 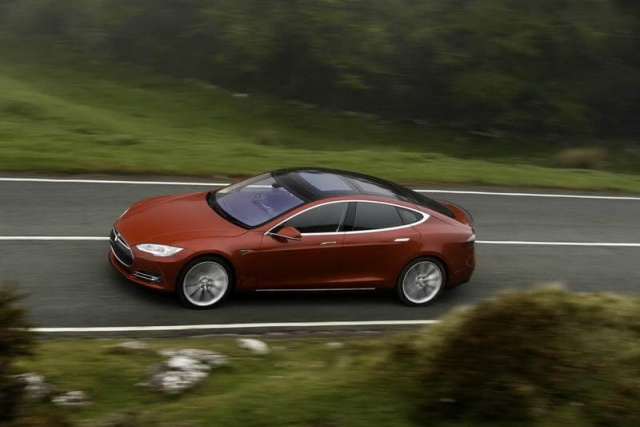 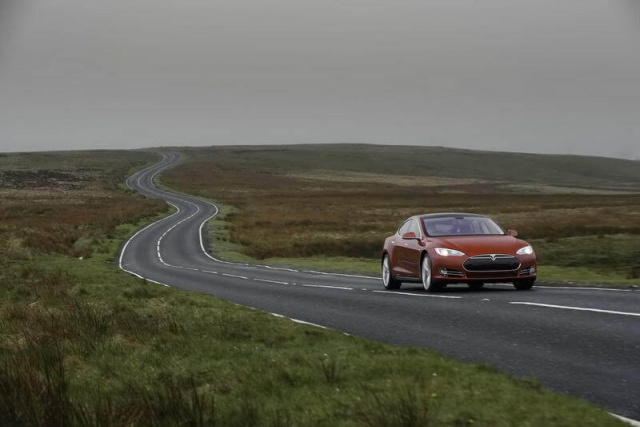 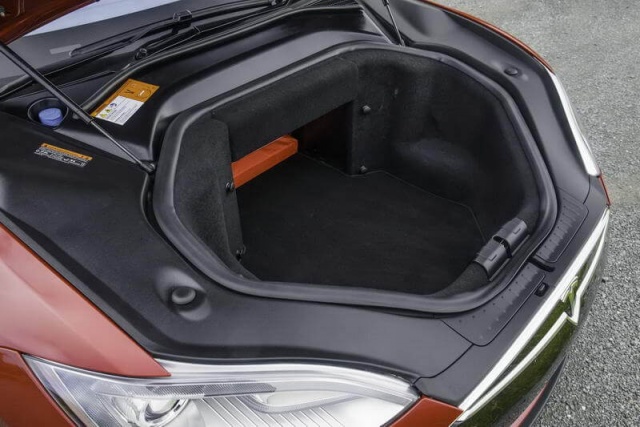 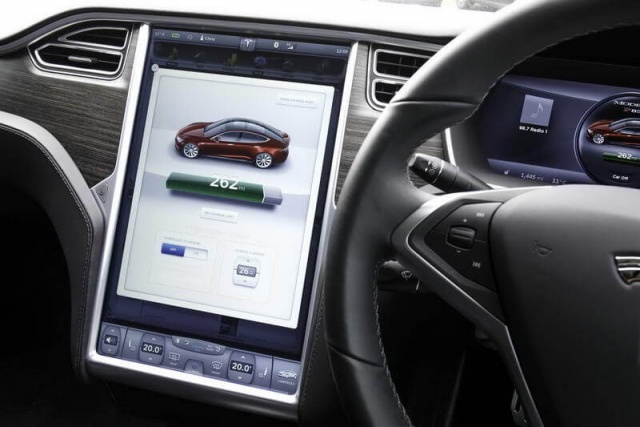 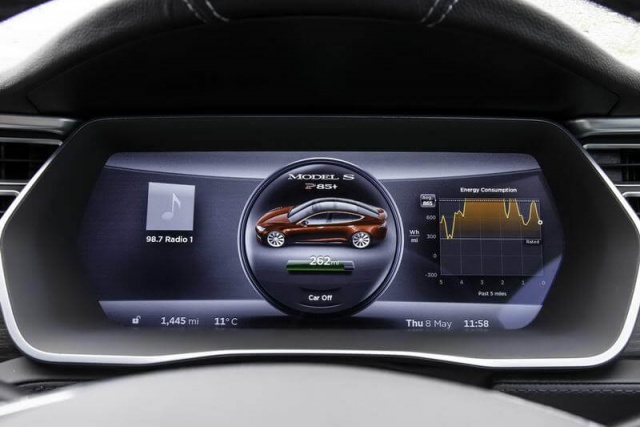 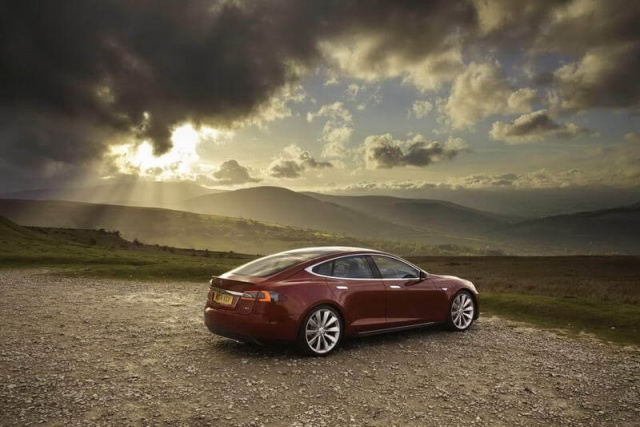 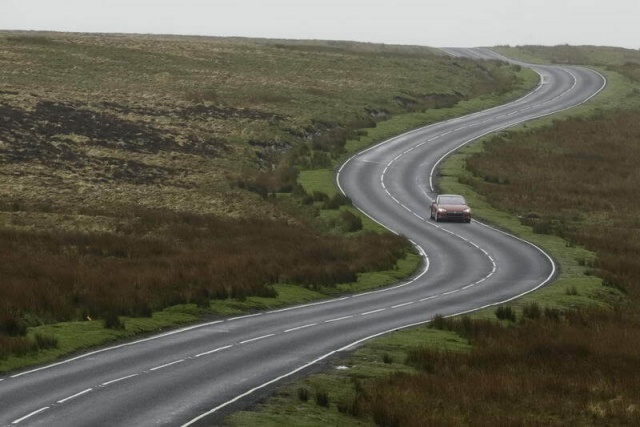 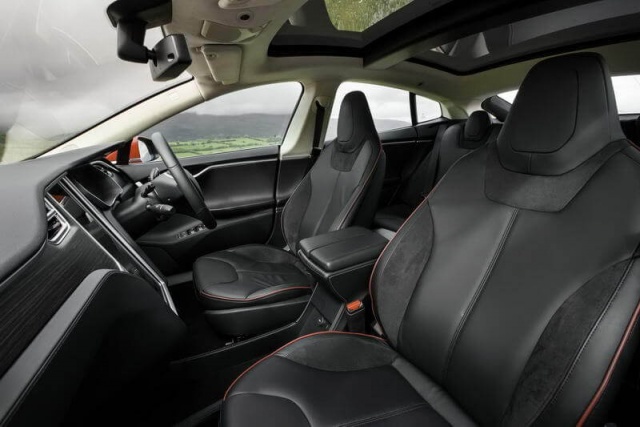 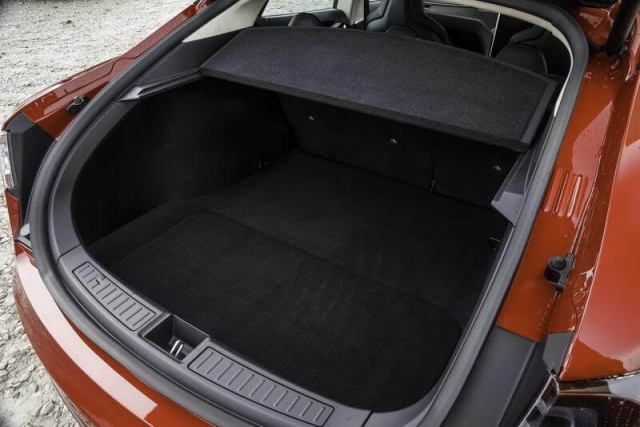 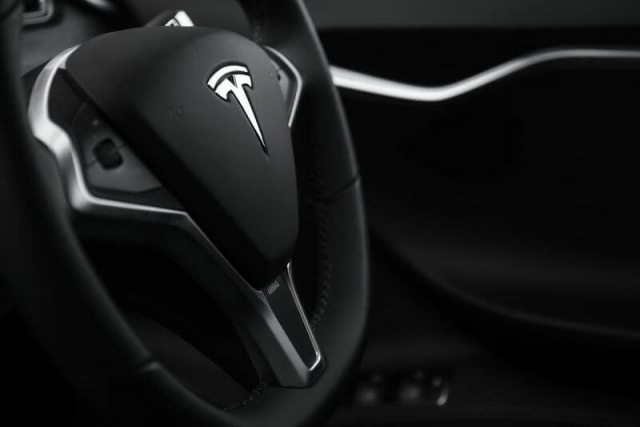 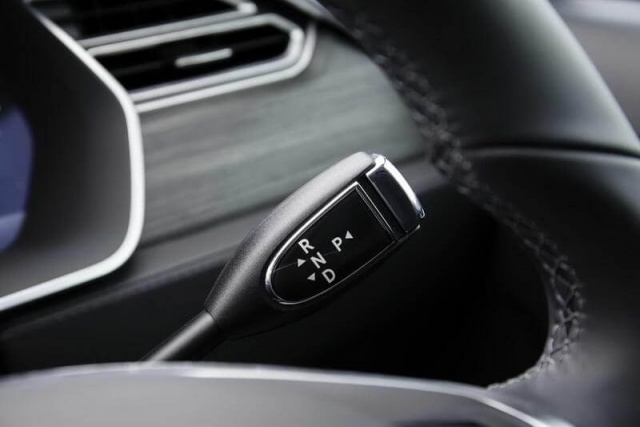 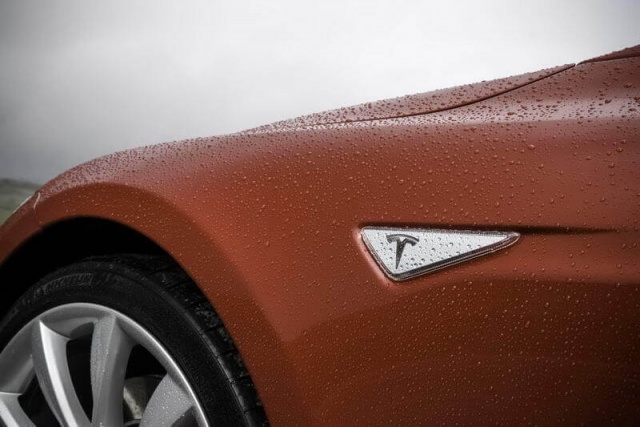 Tesla first showed its electrically powered hand with its impressively cobbled-together Roadster, but the Model S luxury car moves the game on massively. Featuring emissions-free electric power, with super saloon performance and no real range issues, the future appears to have arrived early.

Striking, yet showing relative restraint, the Tesla Model S does little to shout about its futuristic status. The body, constructed largely from aluminium, is fairly generic, though there's enough fine detailing to make it attractive. The door handles pop-out when required, being flush when closed, the head- and tail lights are neat and the bodywork interestingly shaped with some sharp lines and sculpted surfacing to create real appeal.

The interior is more obviously future-looking in its layout, largely thanks to the huge 17-inch touch-screen dominating the centre console. It works just like your favourite tablet. It contains all the car's functions, info and entertainment systems, climate and connectivity, which leaves the rest of the dash largely unadorned. Nicely, if not perfectly, finished, there's a whiff of the low-volume manufacturer about the cabin, signalled by some parts-bin borrowing from Mercedes-Benz for the indicator and gearshift selector stalks and window switches. For a newcomer it's genuinely impressive though, practical too, with plentiful passenger and luggage space. Tesla even offers it with a pair of rear facing chairs in the boot to give seven-seat capacity.

Range. Usually the defining factor with electric cars. Not so the Tesla Model S. On the official NDEC cycle it's rated at about 500 kilometres, and that's believable, so this is an electric car with genuine long-distance usability. Performance is also the other element that marks out electric drive, the immediacy of the delivery always impressing. In others, fast acceleration is accompanied by a tumbling range read-out, but the Tesla Model S, however briskly driven seemingly maintains its range.

The performance itself is genuinely shocking, the Tesla Model S here sampled with the P85+ Performance Plus pack - which adds upgraded dampers, bushes and roll bars and 21-inch alloy wheels - for better dynamic response. With the 85kWh battery and the high performance drive inverter it's able to reach 100km/h in 4.2 seconds and a 210km/h top speed. Response is immediate, the huge torque resulting in mighty-feeling acceleration almost regardless of speed. It's all the more unusual in that it's achieved without a blaring exhaust or V-engined soundtrack, the Model S just lunging forward with only a slight increase in wind noise and a very mild background electrical sound.

With its battery packs ideally situated low in its chassis the balance it offers is superb, the ride genuinely impressive too. The steering is accurate and the brakes strong, and though the Model S doesn't excel in any particular area dynamically, it does a thoroughly rounded job overall. There's the opportunity to fiddle with the set-up, as the steering and suspension are adjustable, but Comfort mode pretty much always offers the best compromise.

Like any electric car there's the added level of enjoyment to be had trying to achieve maximum range from its batteries. Only here that doesn't mean hyper-miling dedication, just a few concessions to accelerator use and forward planning at junctions and intersections to maintain momentum. Of course, in the Tesla, if you lose momentum, just the smallest inputs sees it regained immediately, as the Model S delivers serious super saloon pace.

This range-topper comes with everything you could possibly want as standard, the 4G connection it features even allowing Tesla to add technical changes to the car over time: it recently refined its transmission software to add a touch of creep after customers asked for it for instance. There are no official prices for the Irish market as yet, but with zero emissions for low VRT it's likely to remain a veritable bargain.

There are numerous ways to charge the Model S, via public charging stations, or a home-mounted wall box. Tesla's own supercharging network is being rolled out (and there are plans to include Ireland in this), it allowing as much as 270 kilometres of range in just 30 minutes of charging. Equip it with dual chargers (opposed to the standard single) and you can achieve 109 kilometres of charge for every hour. There are choices to suit different needs, but in all the range is impressive.

Electric cars are here already, but the Tesla Model S is the only one that really works effectively in the now. The massive potential range negates the usual worry and limited use of electric cars. That it's genuinely engaging to drive, offers super-saloon rivalling performance and refreshingly different in its approach is only to its benefit. It's not just a brilliant electric car, but a brilliant car in its own right.