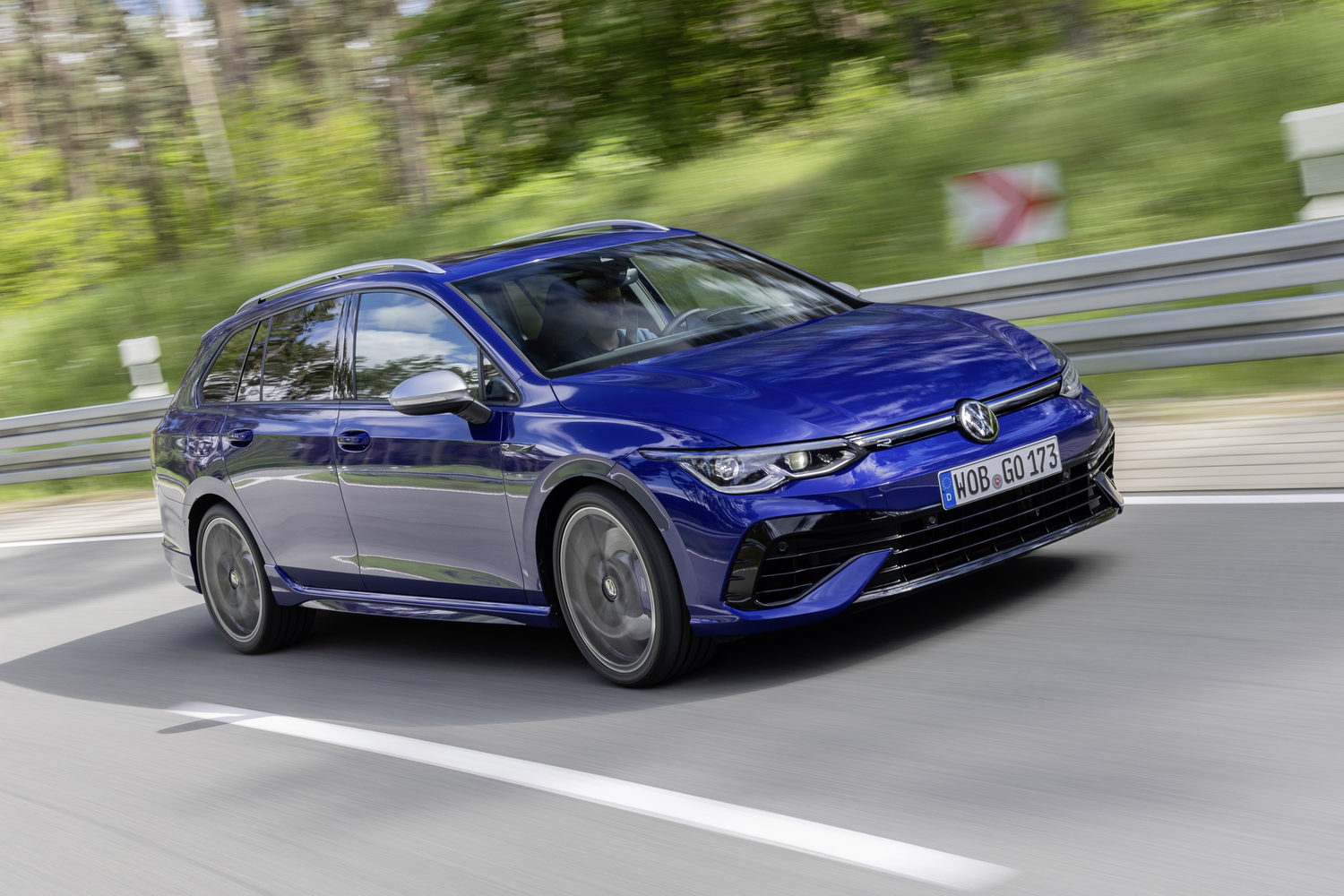 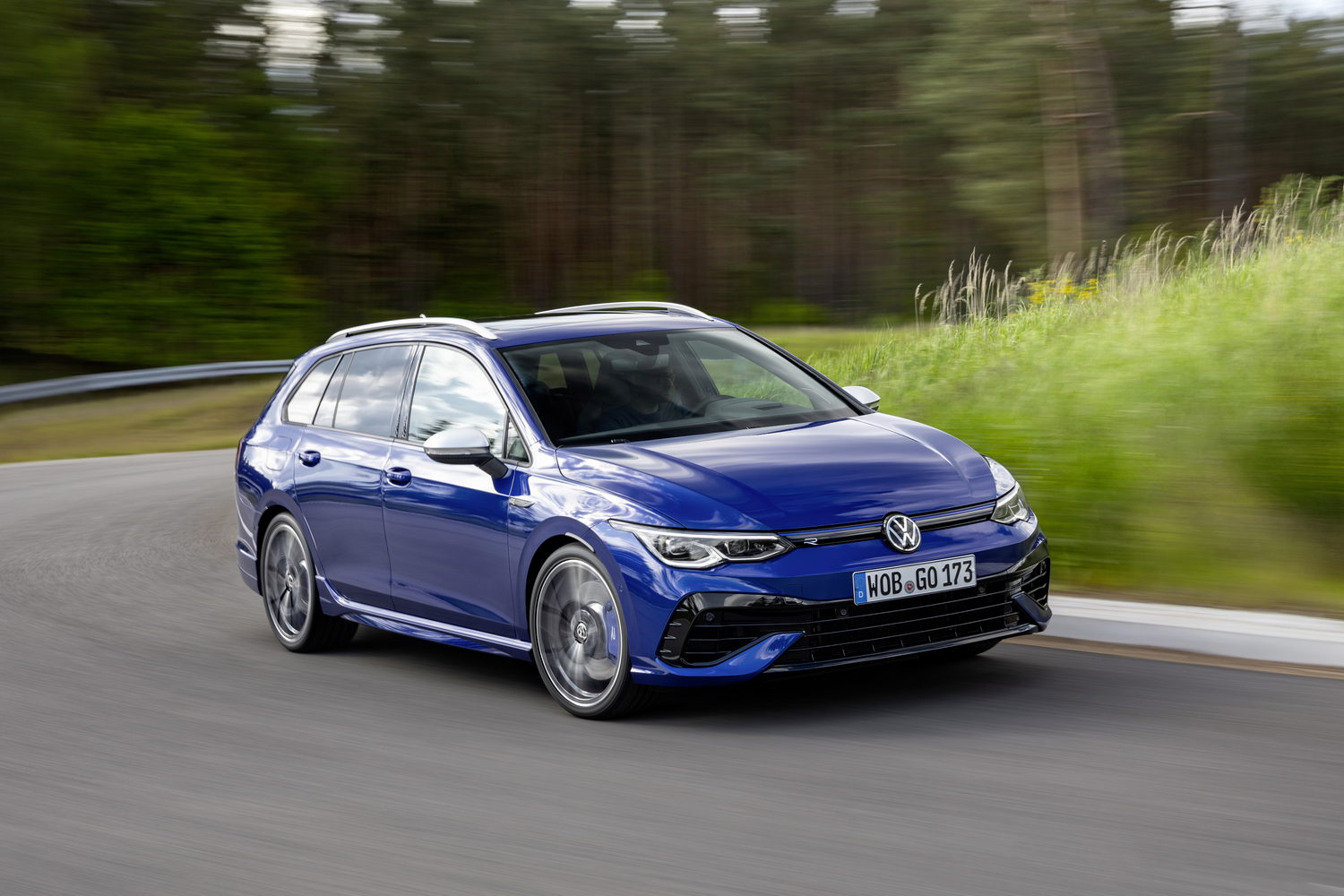 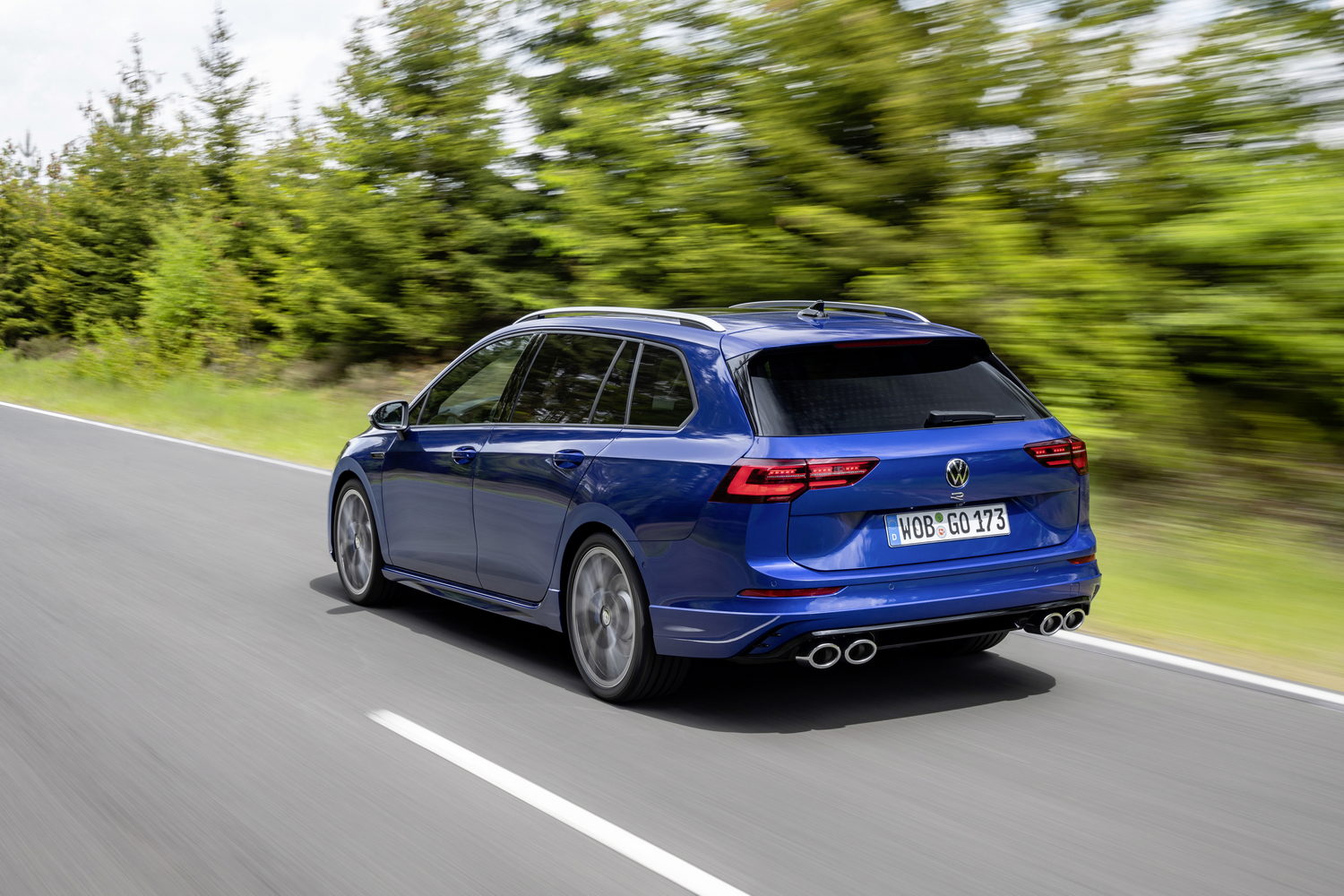 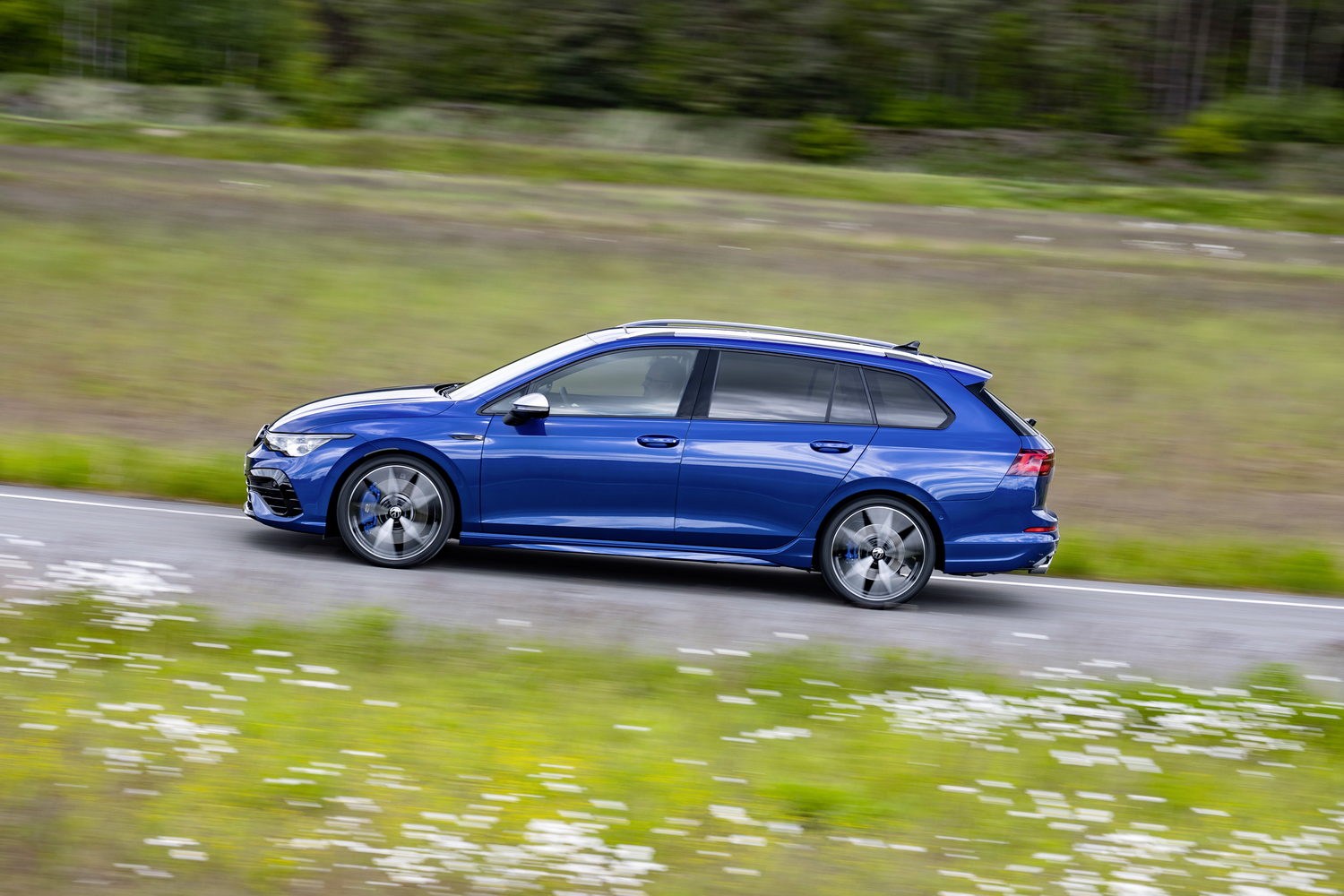 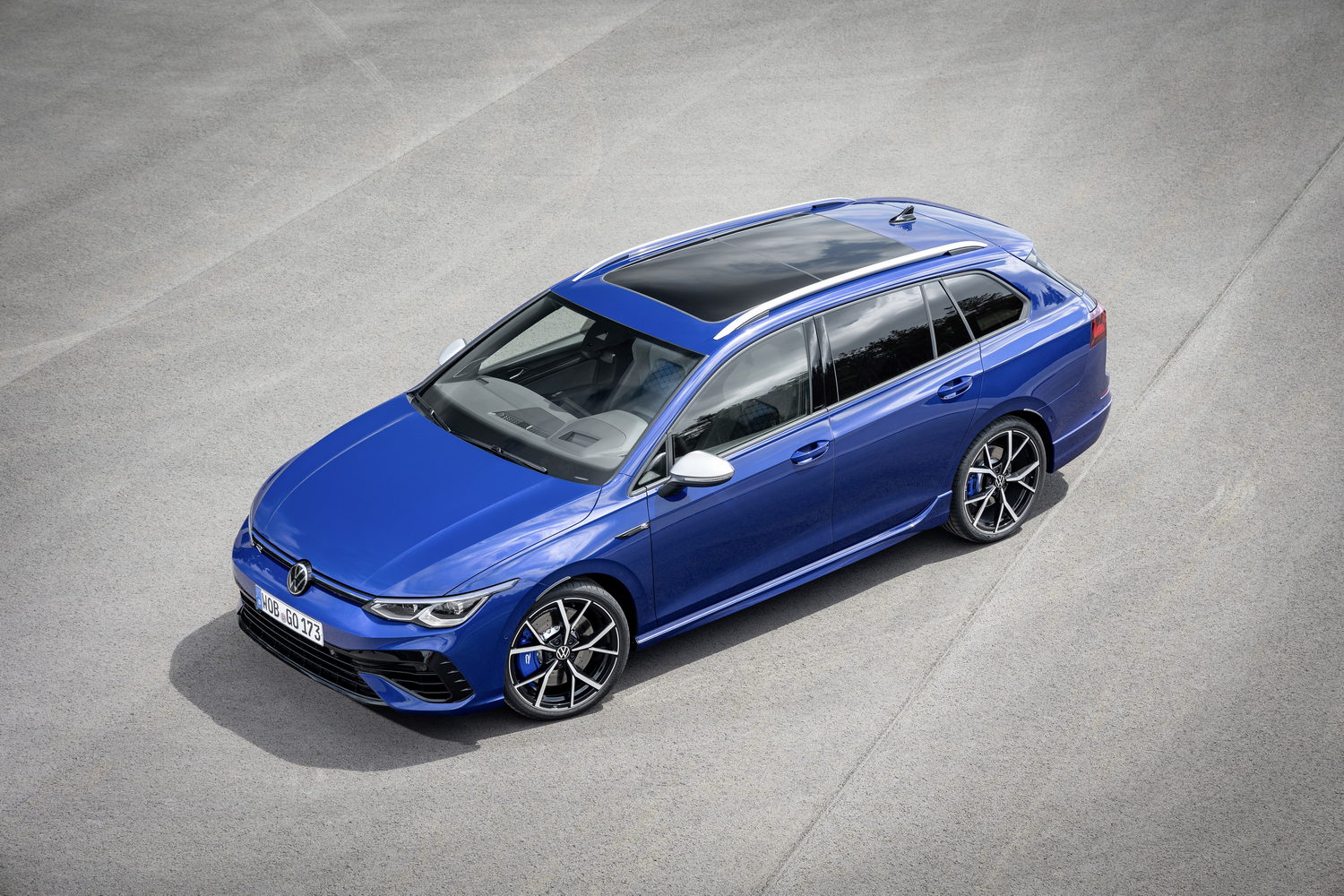 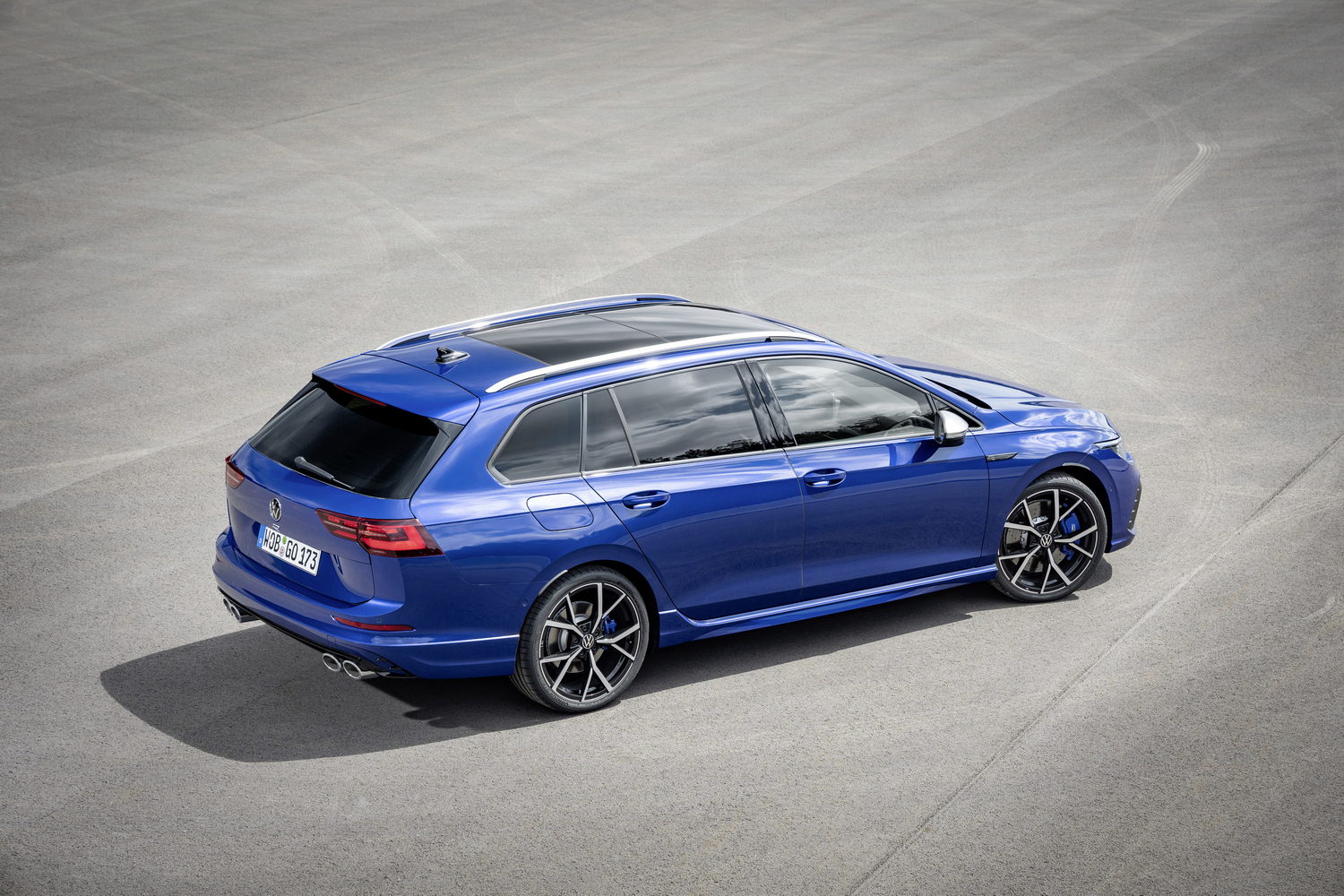 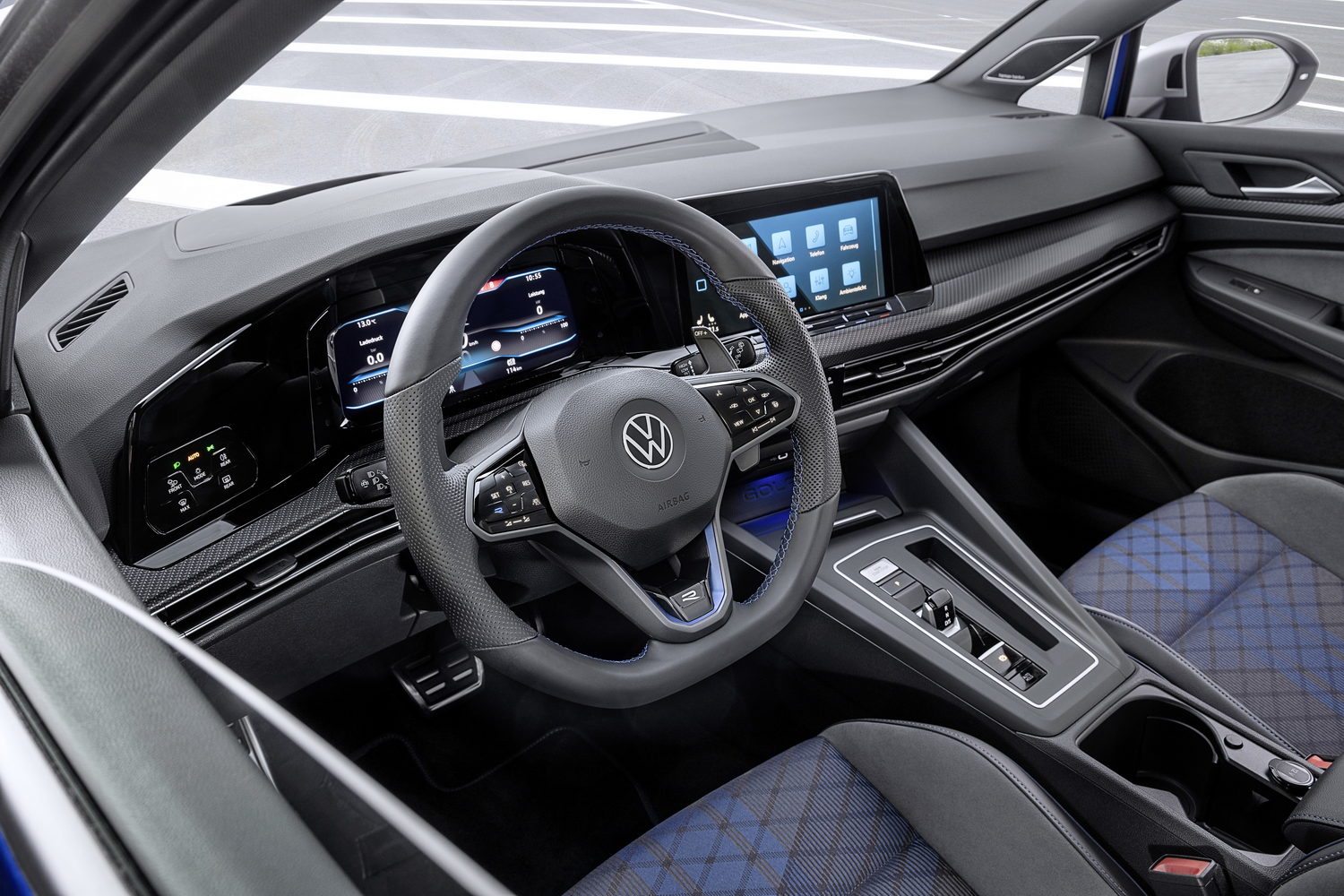 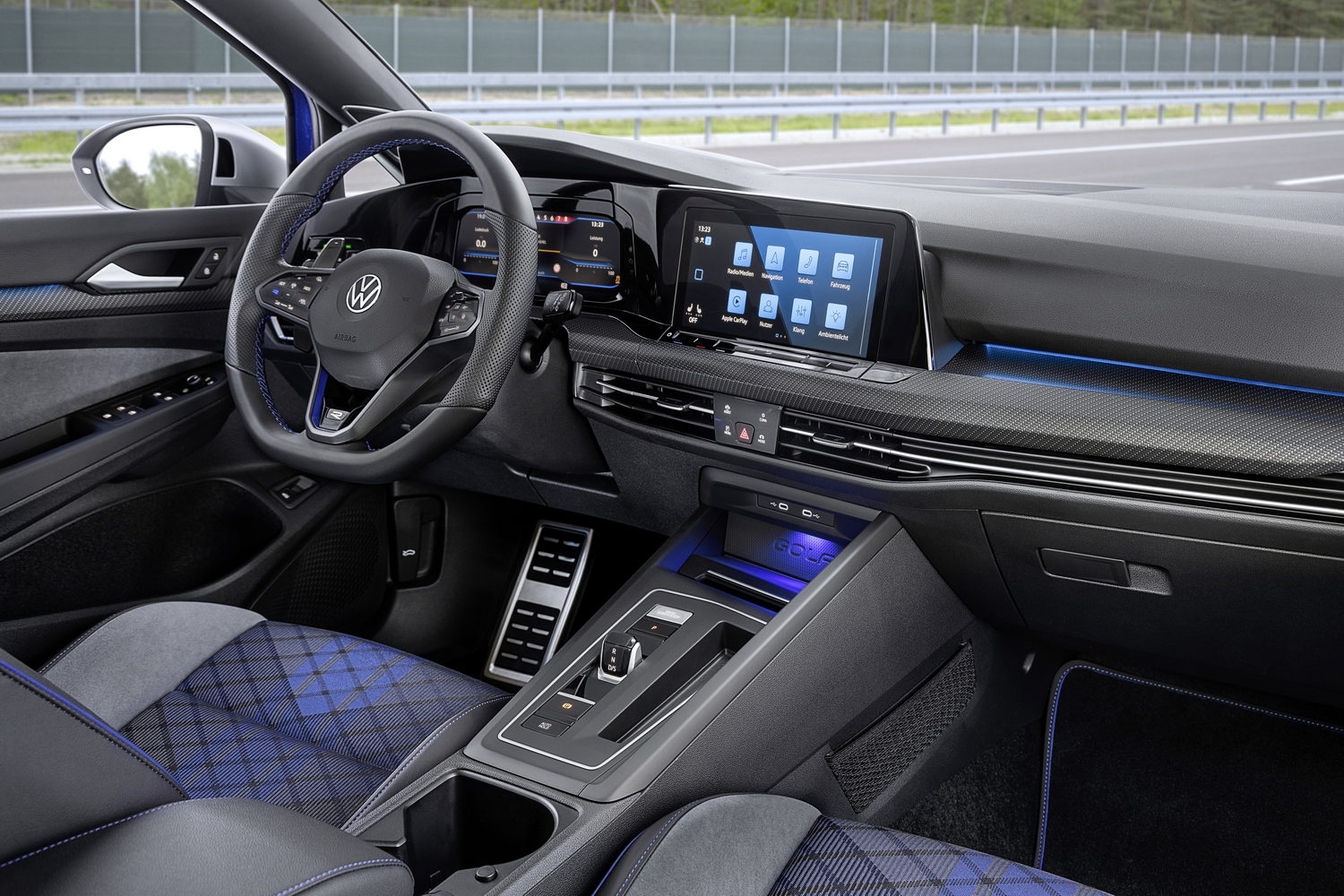 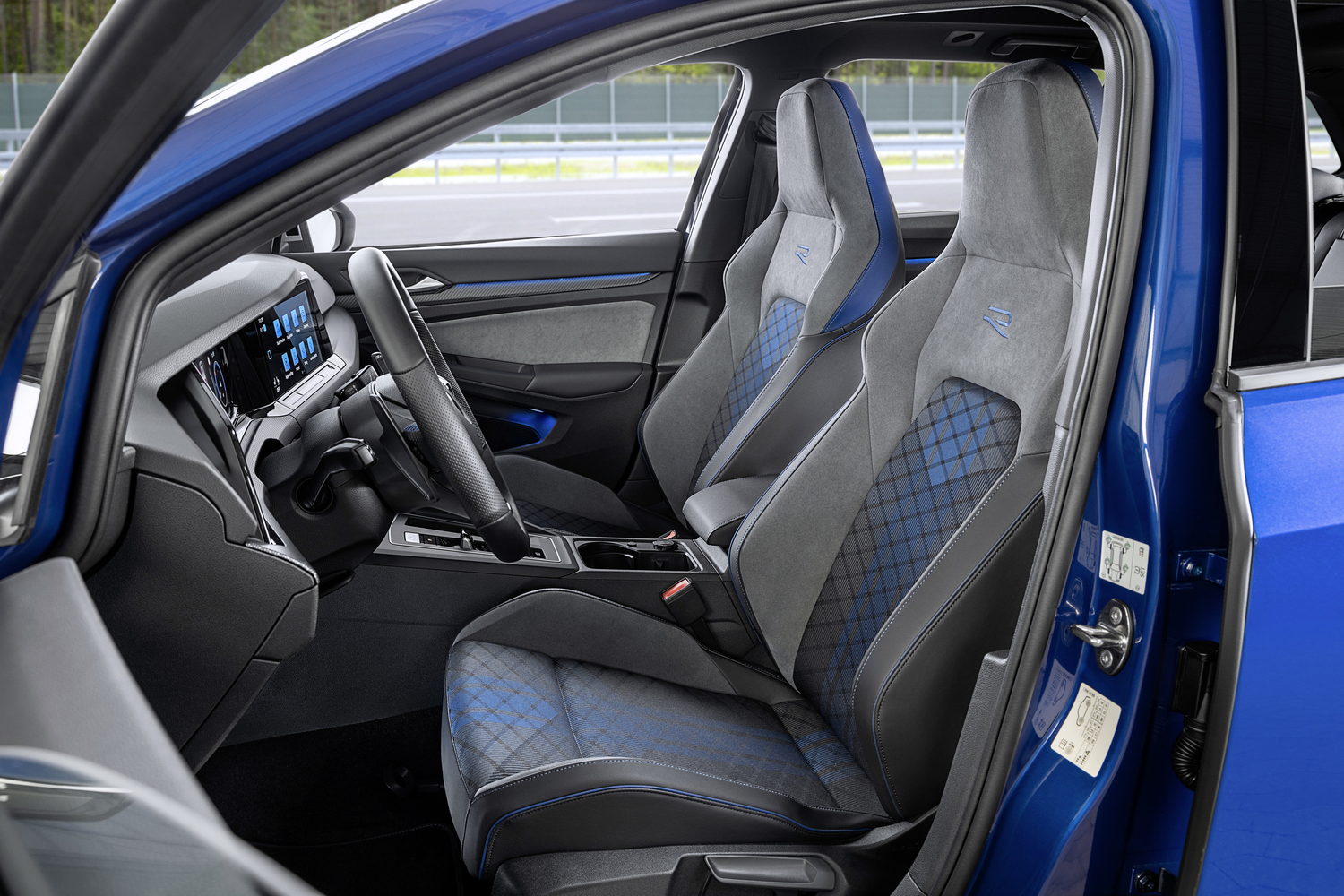 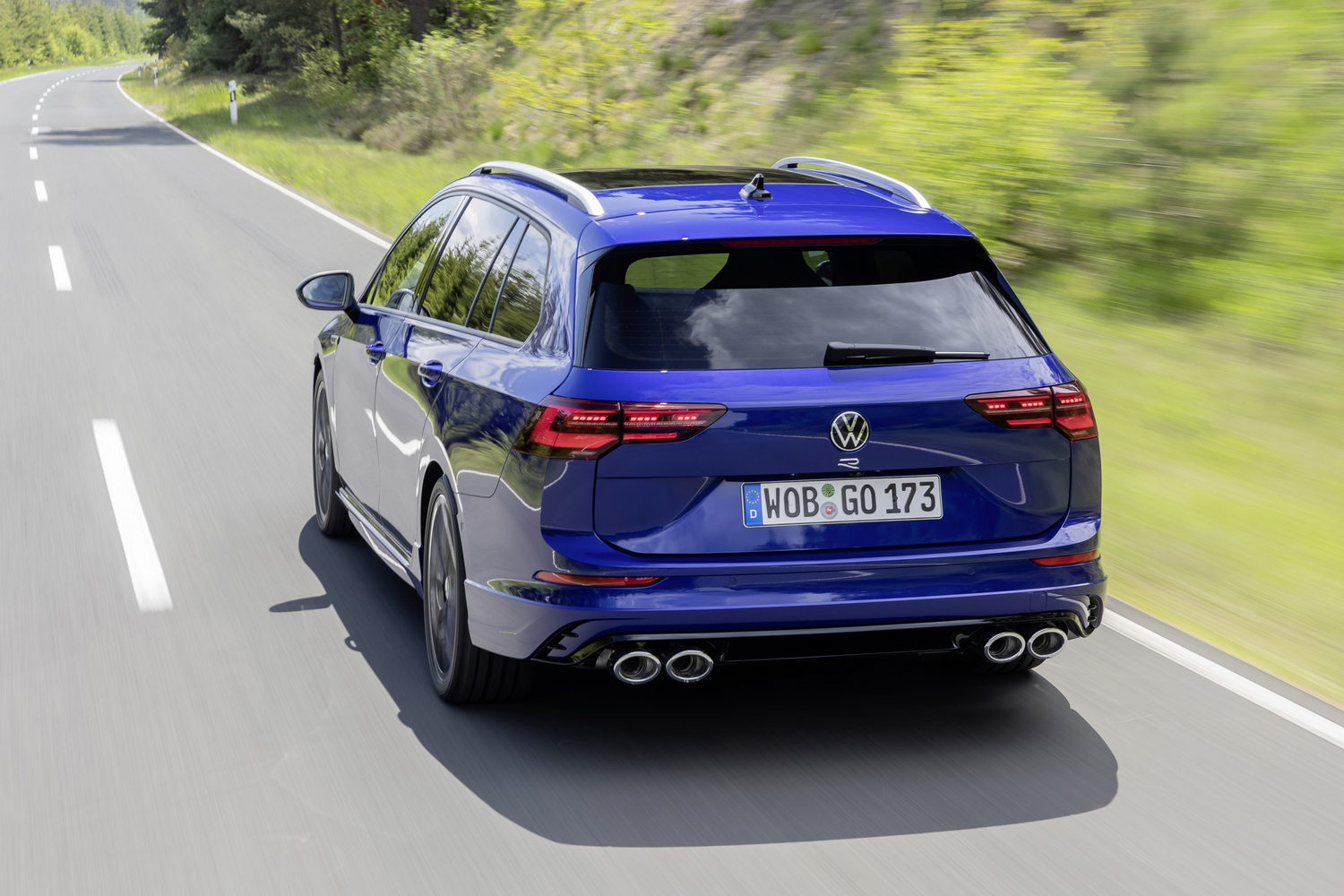 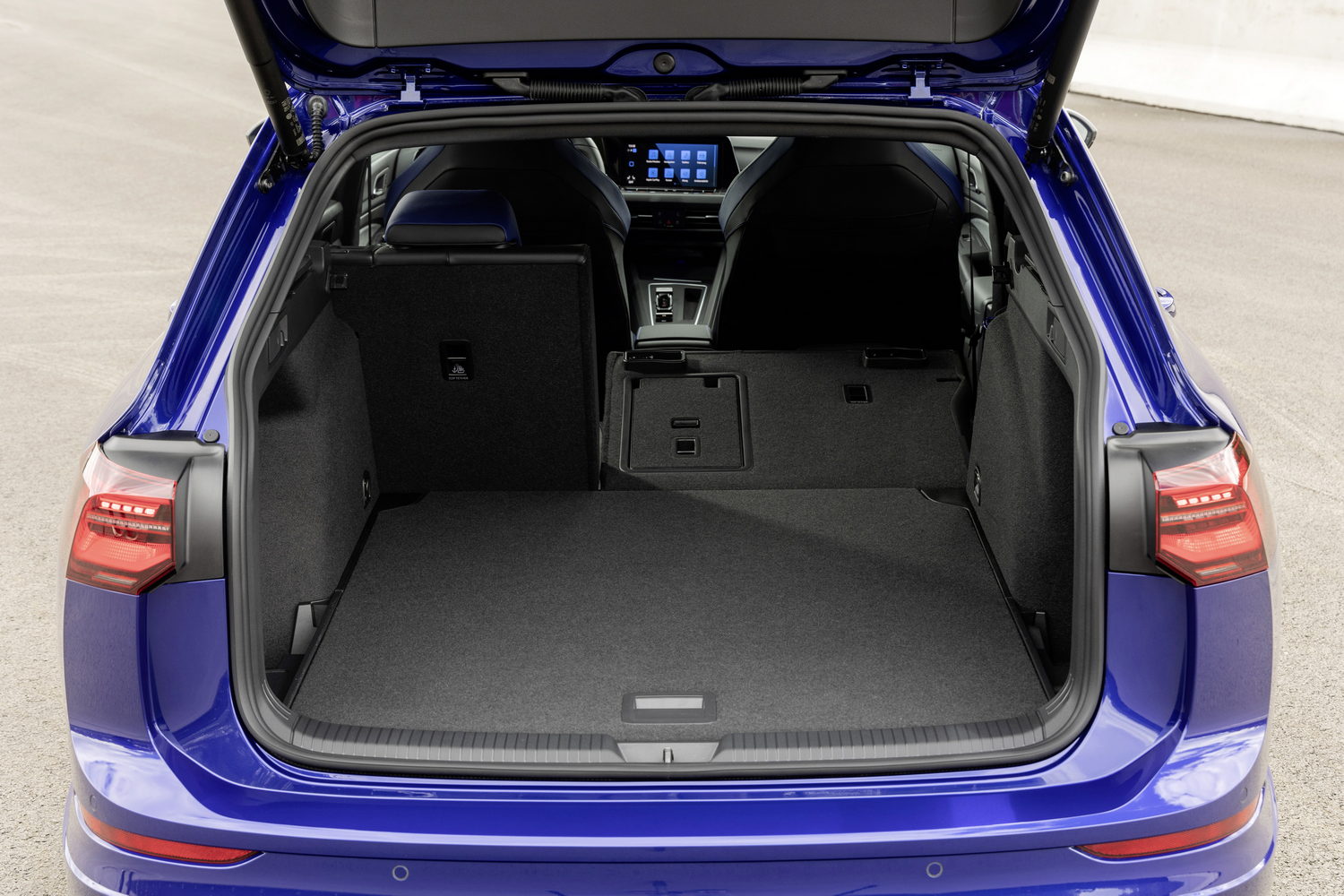 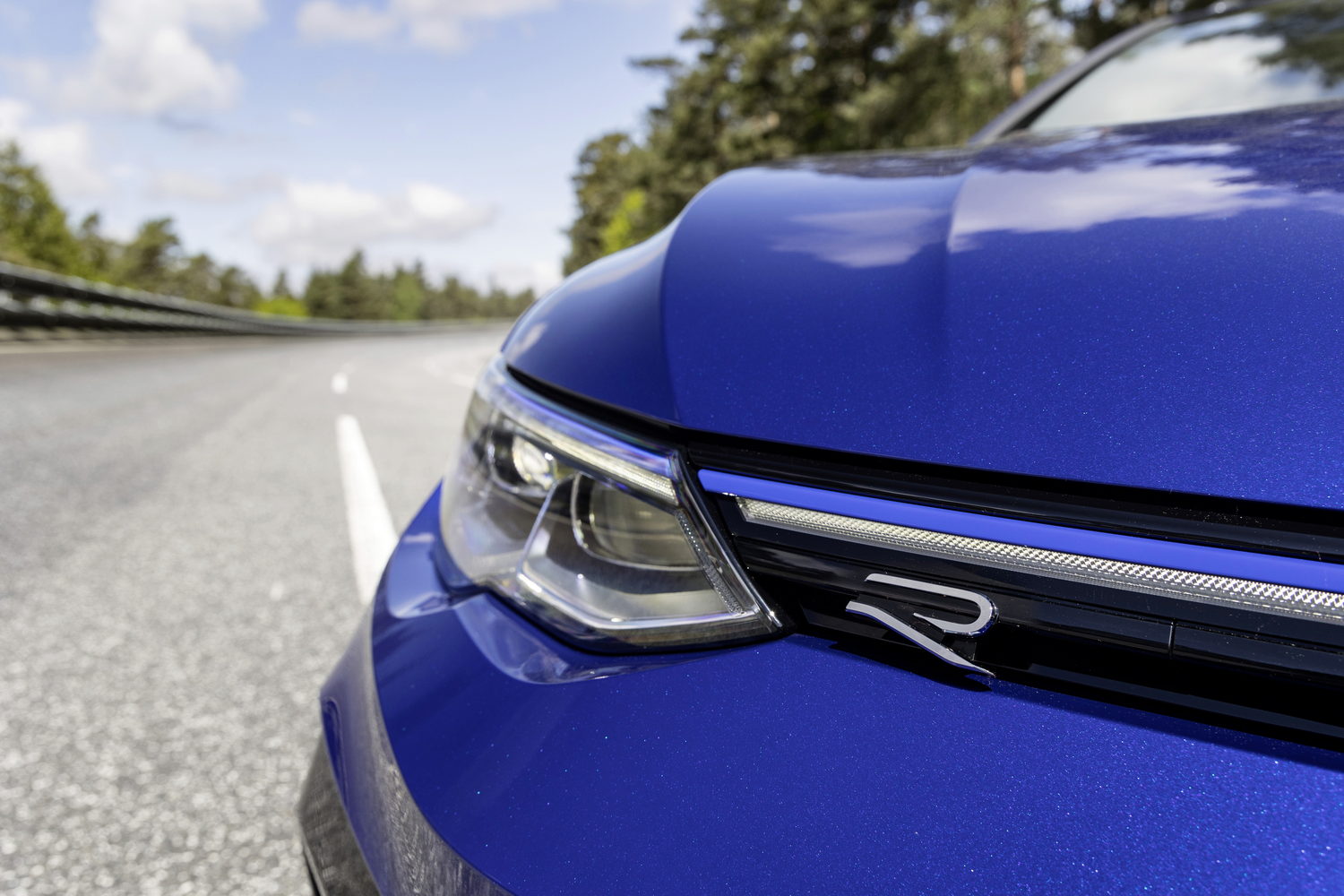 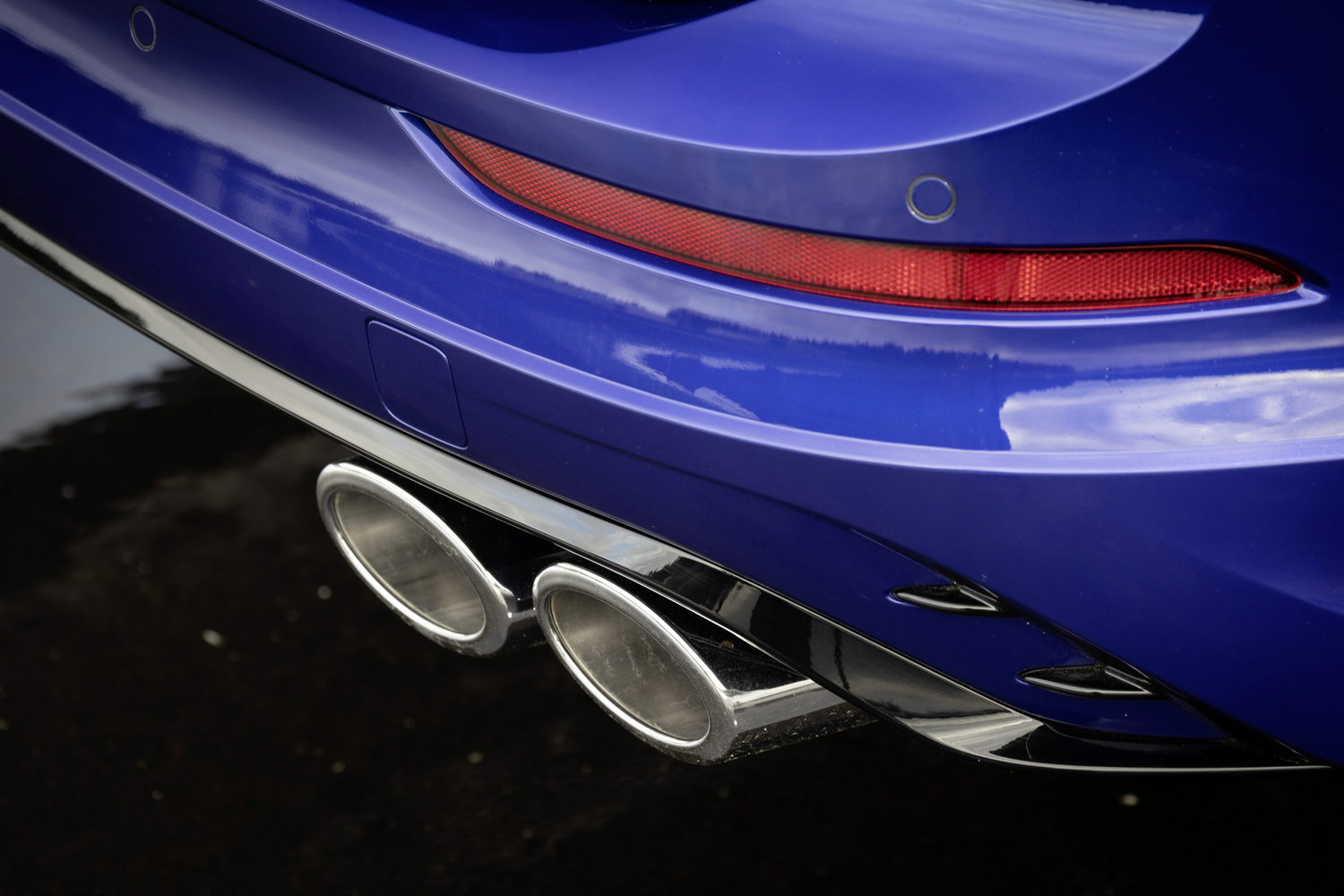 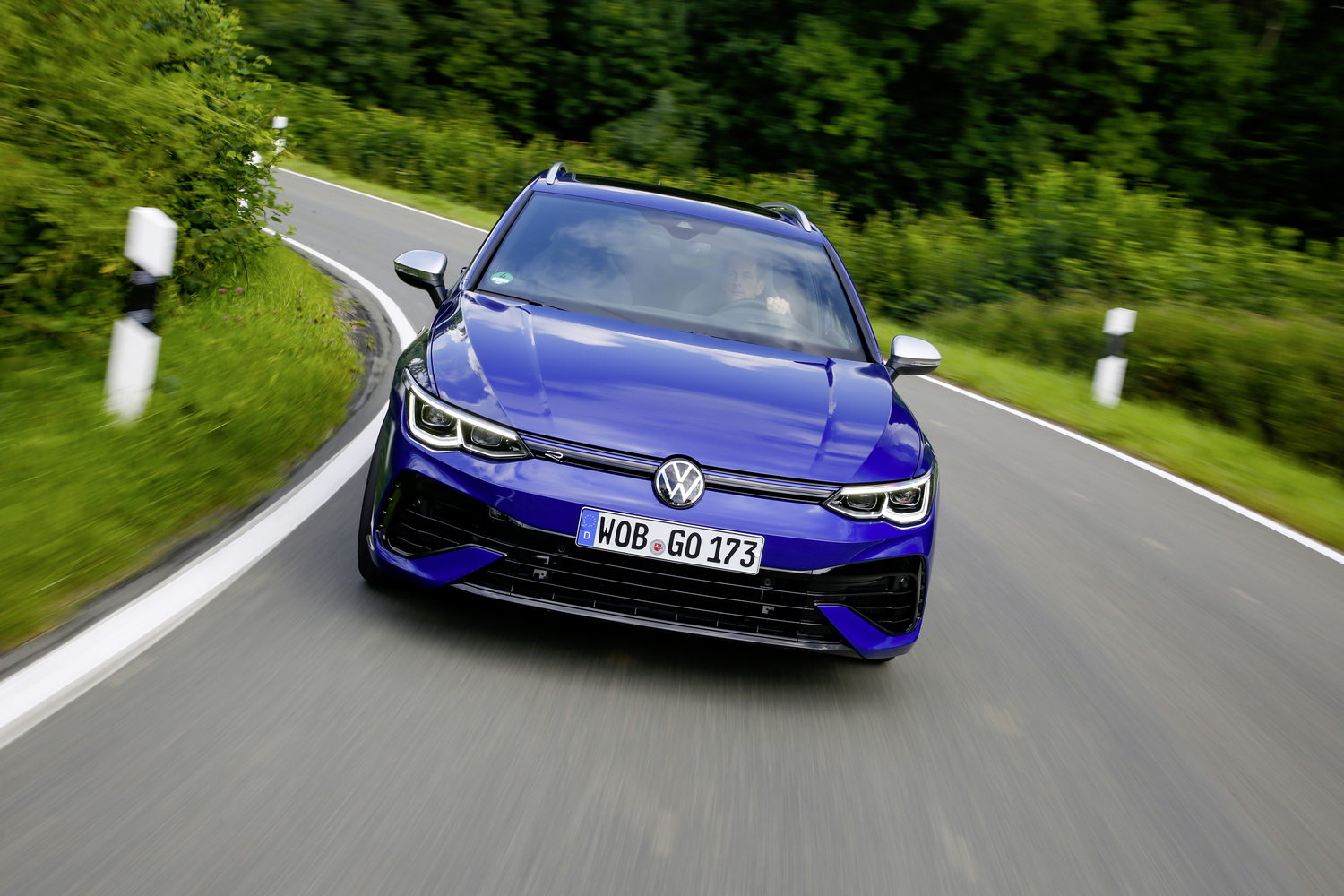 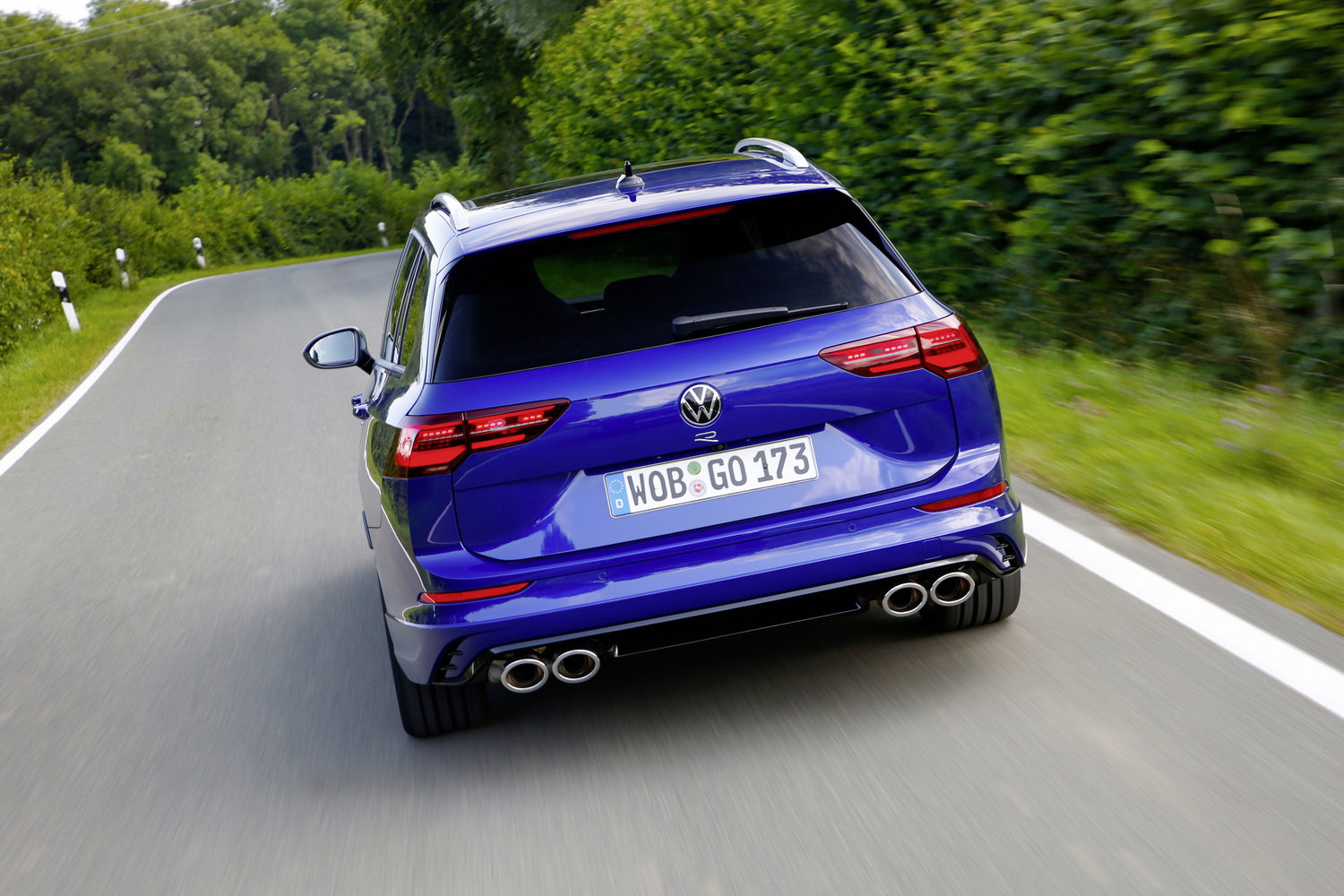 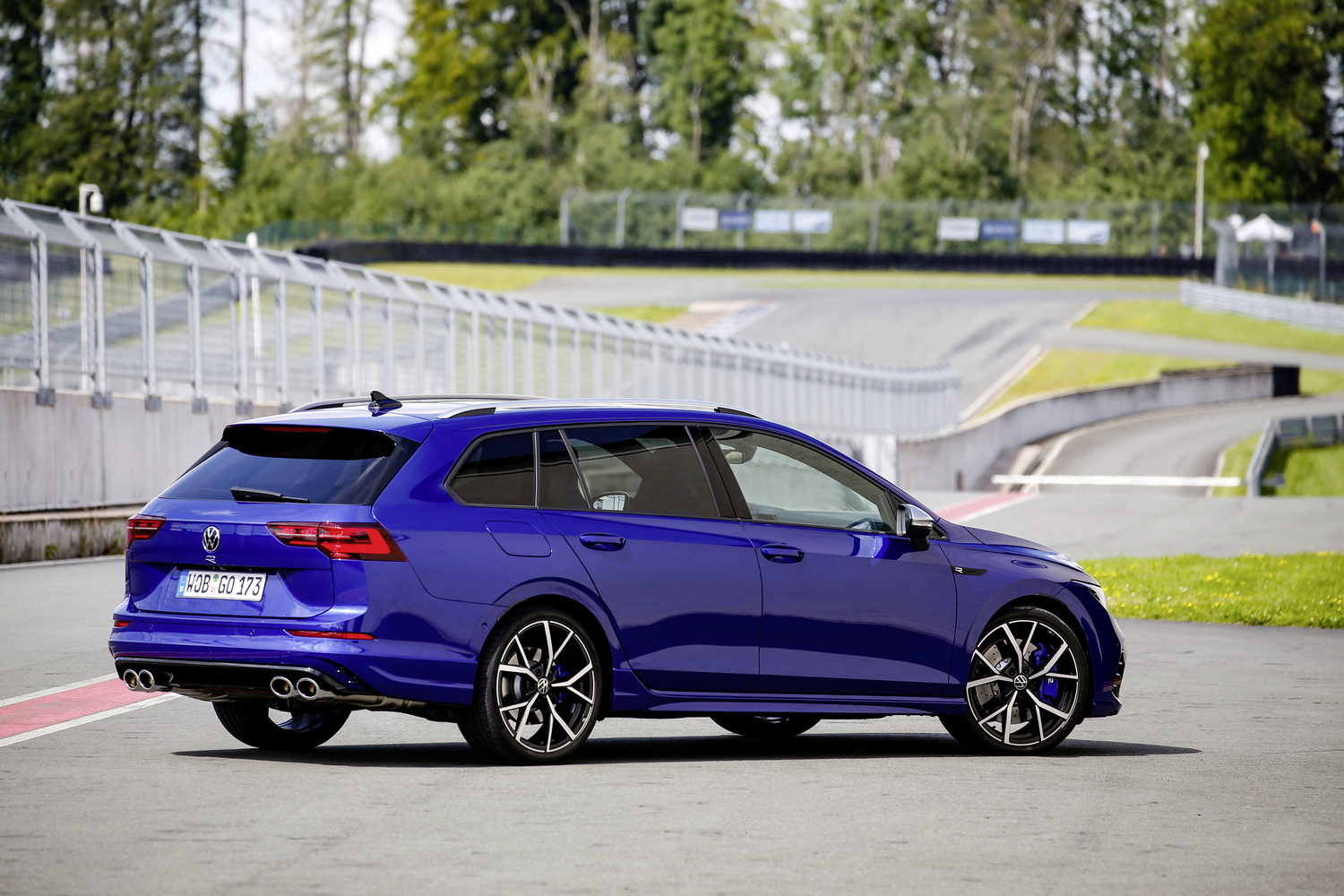 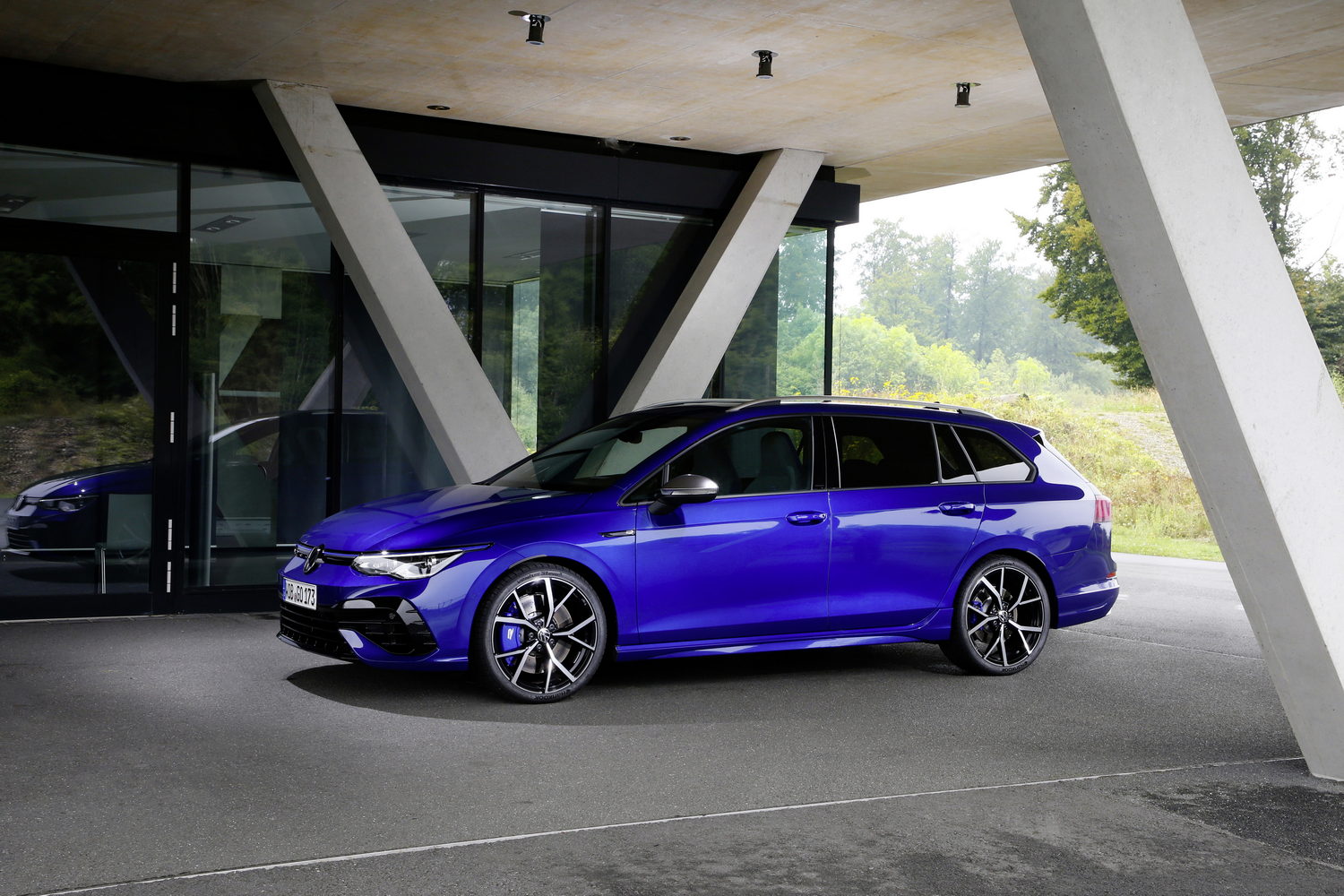 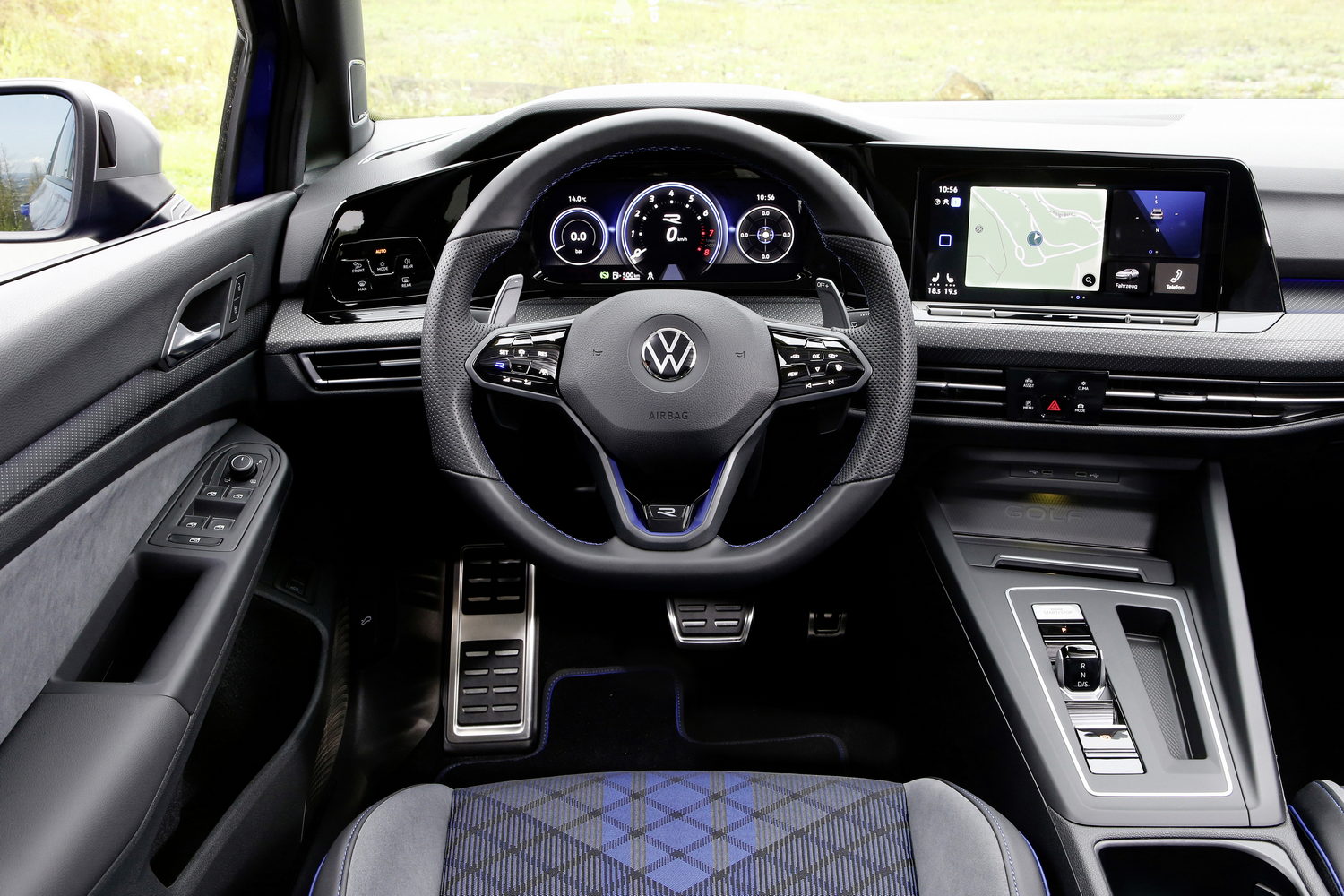 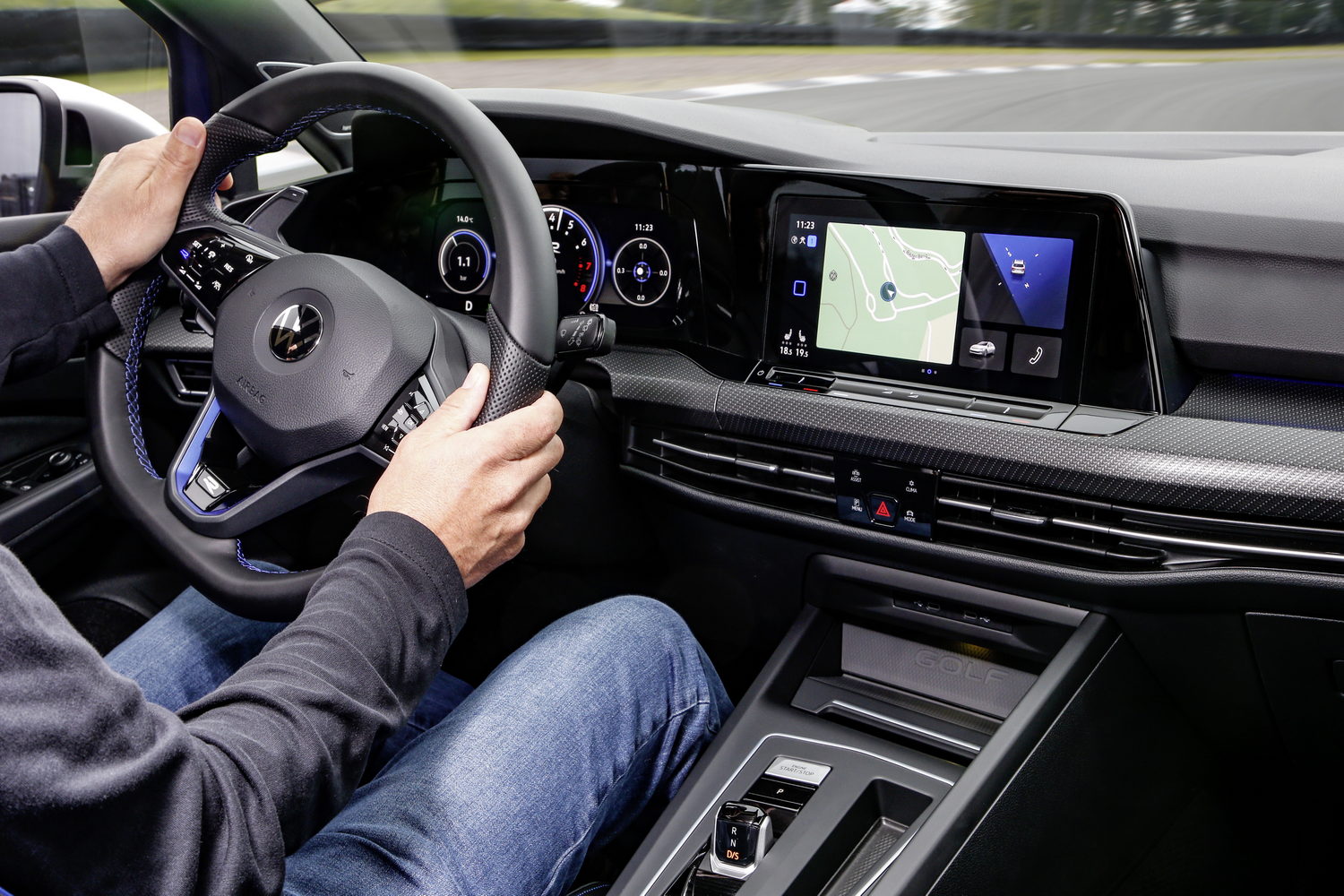 The Golf R Variant is the performance car we deserve, but don't get...

We hate to be a tease, but you can't actually buy the Golf R Variant in Ireland, as VW Ireland doesn't import any Golf estate models. This, as we shall demonstrate, is a very silly thing...

Famously, Monty Python And The Holy Grail (the best of the Python films, if you ask me, which you shouldn't as I'll inevitably start spewing quotes from the film at you...) features a credit for 'Sir Not-Appearing-In-This-Film'. It's a daft, throwaway gag amongst the machine-gun pace of jokes in the film's first few minutes ('A moose once bit my sister.' Sorry, I warned you...) and it's also a perfect description of the Volkswagen Golf R Variant. Variant is not, just to mix my on-screen references, a call-back to the Disney Plus series of Loki, but in this context simply means estate.

If 'Golf' is so often the correct answer to all sort of motoring questions, then 'Golf Estate' is doubly so - all of the general goodness of the regular Golf (notwithstanding that this current Mk8 Golf has not been getting the strong reviews of its predecessor) but with more space in the back.

Sadly, that's an equation that Irish buyers don't get the chance to work into their car-buying calculations. Volkswagen Ireland simply doesn't import any versions of the Variant here. A massive corporate oversight? Well no, actually. It's our fault - VW did previously import the Mk.7 Golf Variant, but there was so little interest from Irish buyers, amid the general rush to buy bulkier, more expensive Tiguans, that when it came to the eighth generation, Volkswagen Ireland just didn't see the point.

In which case, we've made a colossal mistake, lads. This is a really good car, and even removing the R piece from the puzzle, you can see that the Golf Variant is just a Golf, but better. The extra metalwork out the back helps to balance the droopy, vaguely depressed styling of the Golf 8's nose, and it's massively practical. Up to the luggage cover, there's 611 litres of space in the Golf Variant's boot (up from 380 litres in the hatchback, and on a par with the maximum 615 litres offered by the Tiguan, and you have to have the SUV's rear seats slid all the way forward to get that). With the Golf's rear seats up, you have a square metre of floorspace to play with, and when you fold the seats down, there's a 1.8-metre load length, and a total capacity of 1,642 litres. This is a very, very practical car.

Practical, but powerful. Let's re-insert that R piece of the puzzle, which means you get a 320hp, 420Nm version of the long-serving 'EA888' 2.0-litre turbocharged petrol engine. Now, you may have noticed that that's not offering as big a gap over the Golf GTI as before. Where previously, the R had between 55hp and 70hp in hand over the GTI, now the gap has shrunk to just 20hp - if you're shopping for the current Golf GTI Clubsport model in any case. There is still at least a healthy 75hp over what the standard GTI offers, but then there's also a €20,000 price gap.

The R is very handsome, though. The deep blue paintwork of our test car (Golf Rs do come in other colours, honestly) gives it a lustrously muscular look, and while it's still a subtle shape, there's distinct menace in the four exhaust pipes jutting from the deep rear bumper.

Inside, you get lashings and lashings of blue trim, and some hugely comfortable and supportive high-back bucket seats swaddled in 'Sardegna' fabric as standard, or optionally with a dark blue leather. The cabin layout is the same of that as the standard Golf, which is good (big, bright screens, high quality, good visibility) but also bad (fiddly infotainment with a baffling menu layout, awkward touch-sensitive buttons and controls). On the upside, there are handsome R-specific layouts and colour schemes for the digital instrument panel, and some dark grey trim that looks like it might be carbon fibre but isn't. Our car came with the gorgeous 19-inch 'Estoril' alloy wheels, finished in black, which adds to the aura of low-key menace.

We were a touch disappointed with the way the current Golf GTI drives - it's still fast and poised, but less engaging at the wheel than its predecessor. Does the Golf R suffer the same disengagement?

No, but it really helps if someone has specced your car with the optional Performance Package, which comes with extra driving profiles (including a hilarious 'Drift Mode') and with a top-speed raised to 270km/h. That top speed is entirely academic (or at least sub judicie) in Ireland, but given that our test drive of the R Variant took place in Germany, and there's an unlimited speed Autobahn running from Frankfurt to Darmstadt, it's actually pretty useful.

To reach that top speed, it helps if you press the little blue 'R' button on the steering wheel, which shunts the car into 'Race' mode. One step above 'Sport' (the other being 'Comfort') this doesn't make the R materially faster, but it does make it a bit louder, using the stereo to augment the engine note to a point where it sounds spiky and aggressive. In Sport, it just sounds a bit growly.

Stamp on the throttle, and the Golf R Variant will hit 100km/h in just 4.9 seconds from a standstill, which is about as fast as you'd ever want a practical estate car to be. It effortlessly reaches over 200km/h on the Autobahn, and feels entirely stable and happy at that pace, although we cruised at a slightly more sensible 160-180km/h most of the time.

Which will be hard to do, as the R is a bucket of fun. If anything, this estate is more fun than the hatch, largely because your brain just tells you that it's a sensible estate. The steering, as it is in the GTI, is a little on the light and distant side (albeit unerringly accurate at all times), but the extra traction at the rear, and the way that clever differential shunts power between the rear wheels, makes the R feel that bit more alive than the GTI. It's not a massive difference, and it may not be worth the price premium if we're being honest, but there's definitely more fun to be had here.

In other news, the ride comfort is good (in spite of it riding 20mm lower than a standard Golf, and it's helped if you go for the optional adaptive dampers, which really should be standard at this price level), and refinement is fine. The DSG gearbox is still a little slow to react at times, and occasionally shunts suddenly down into second when third would have done, but you can take manual control with the (slightly cheap-feeling) paddles behind the wheel.

If the Golf R Variant were on sale here, it would come with 18-inch alloys, special R seats with grippy suede-style trim, unique bumpers and rear diffuser, those four exhausts at the back, speed-sensitive power steering, upgraded brakes, a ten-inch infotainment screen and adaptive cruise control that helpfully trickles along in traffic for you.

Of course, none of that matters because the Golf R Variant isn't available here. Even if it were, its price tag would reach towards the €75k mark, which would put it in competition with the likes of the BMW M340i Touring and the brilliant Peugeot 508 PSE SW. Can a Golf survive at that kind of price altitude?

The public's obsession with buying SUVs has a lot to answer for. Quite apart from their driving up emissions and making the climate crisis worse, they also mean that we don't get the Golf Variant, in R or any other form, here in Ireland. That's a crying shame, because this is a wonderfully talented car. It has performance, practicality and poise to burn, and is the most fun of any current Golf to drive. Our test drive may have been something of a holiday romance, but we wish it were here. 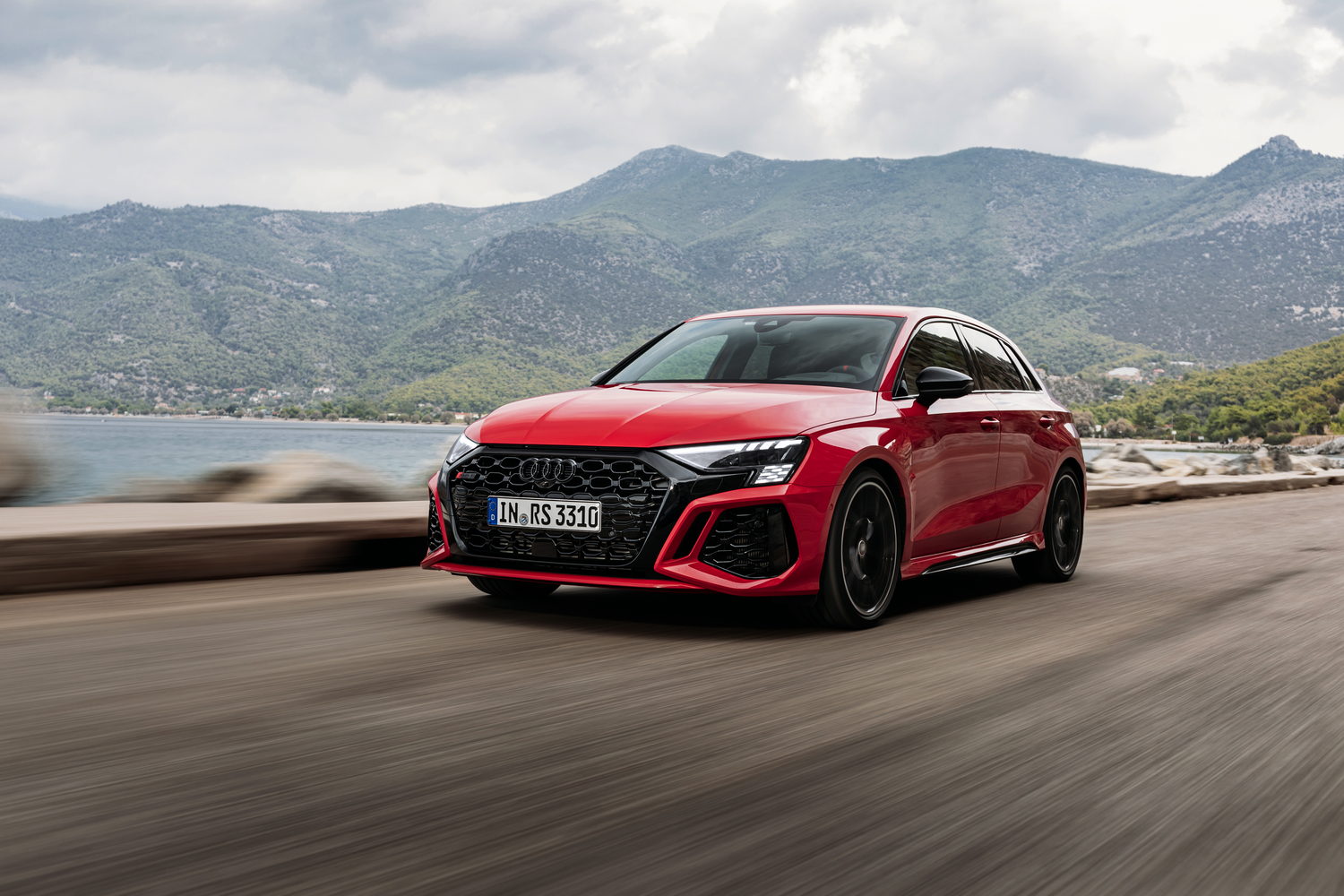 Audi RS 3 Sportback (2022) review
Audi RS 3 Sportback vs. Volkswagen Golf R Variant (2022): the RS 3 has a five-cylinder engine, 400hp and a whopping price tag, but it's hard not to love this pugnacious Audi. The Golf R is slower, but not much less actual fun 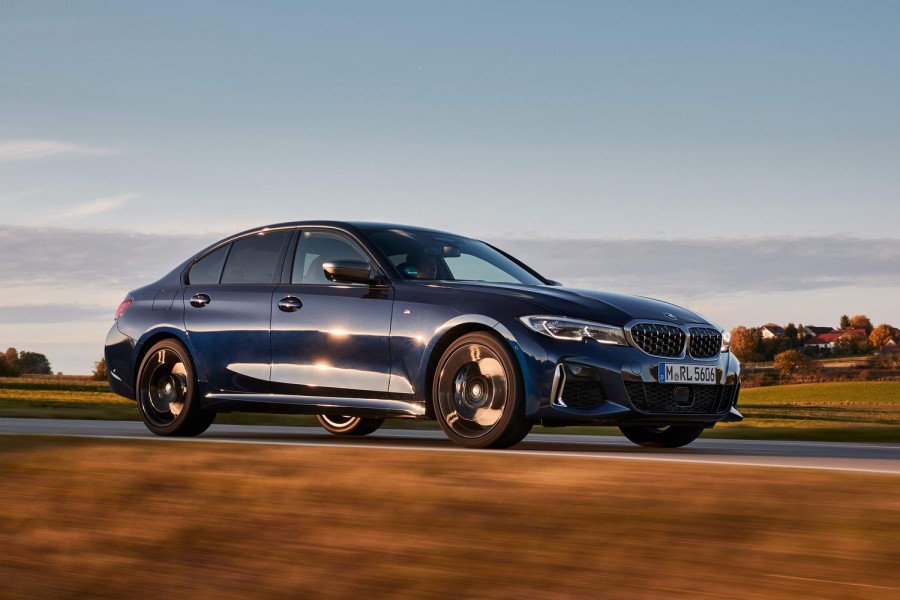 BMW M340i xDrive Saloon (2020) review
BMW M340i vs. Volkswagen Golf R Variant (2022): the BMW is not much different in price to a Golf R, really, but offers creamy-smooth six-cylinder power and a chassis of rare ability. And you can buy the estate, here. 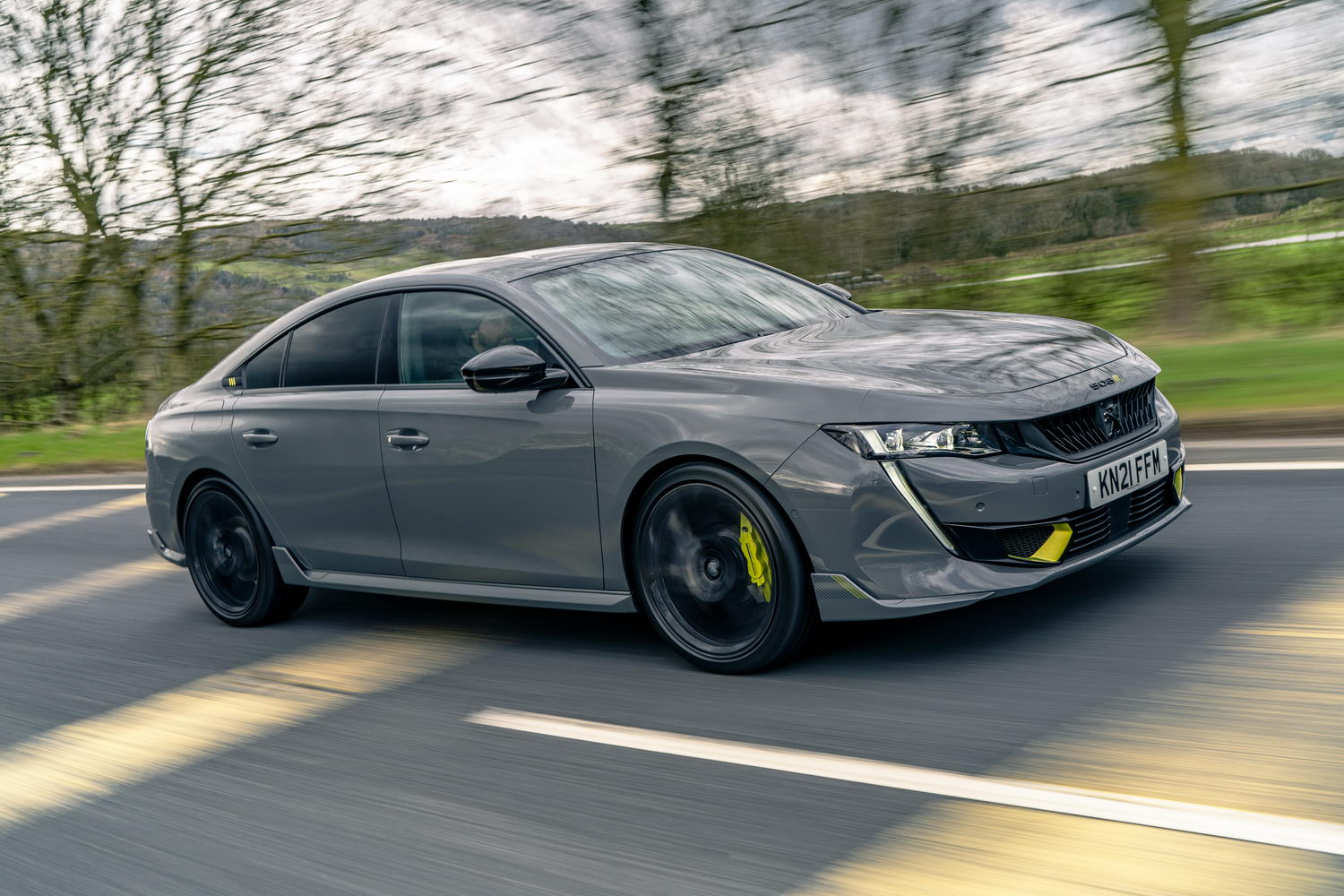 Peugeot 508 PSE (2021) review
Peugeot 508 PSE vs. Volkswagen Golf R Variant (2022): the 508 has plug-in hybrid power, a peach of a chassis, handsome lines and comes with a practical estate body option. One of the star cars of the moment, albeit an expensive one.