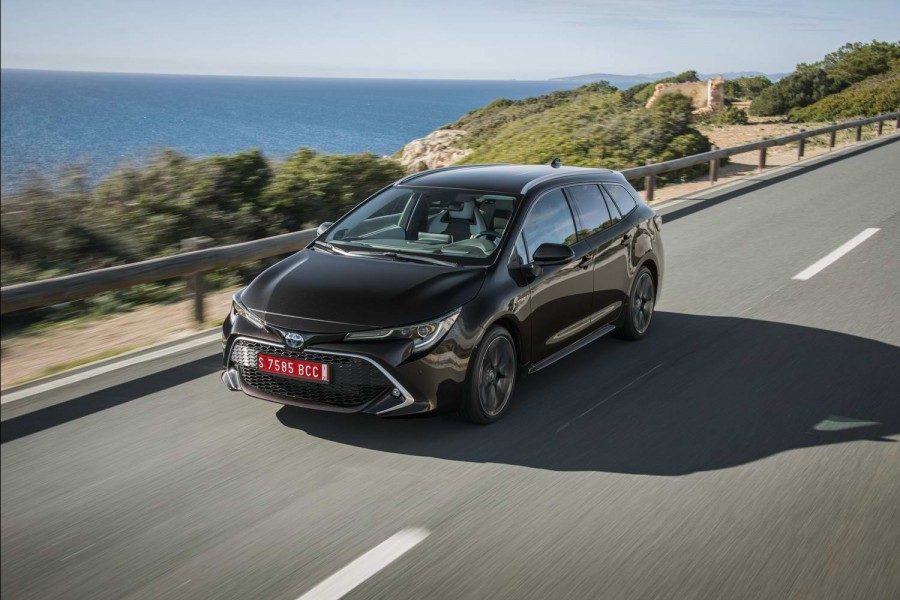 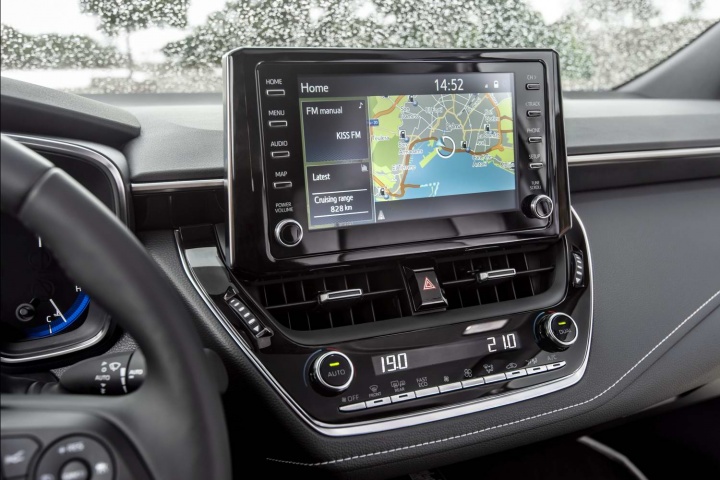 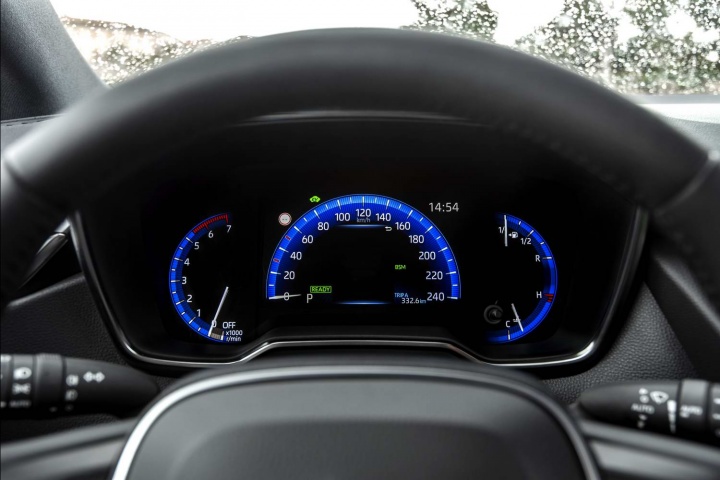 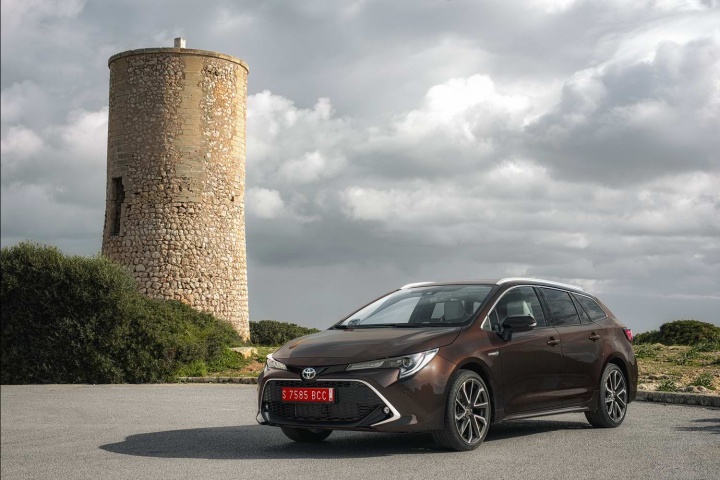 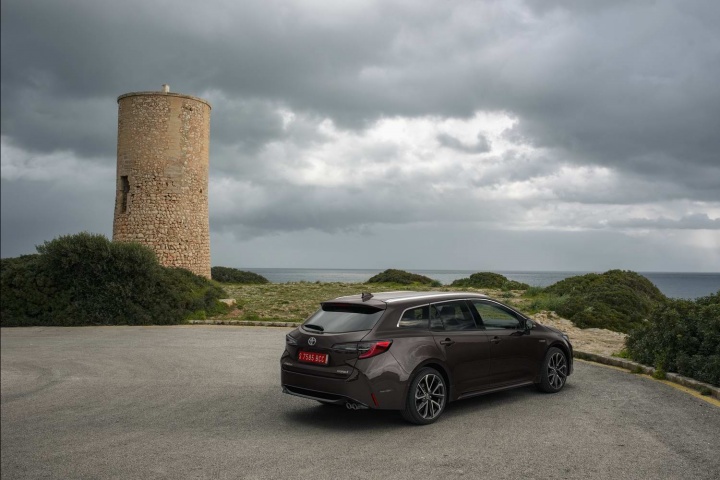 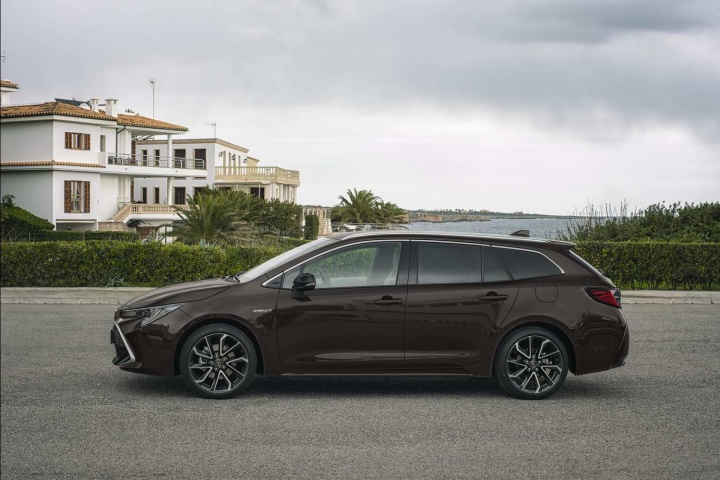 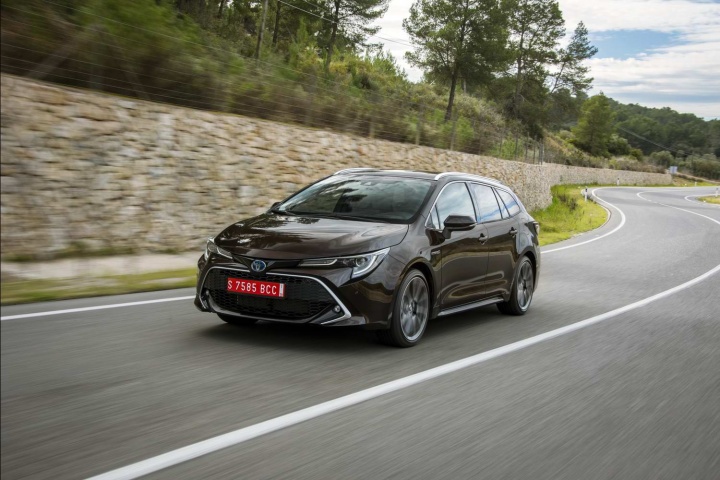 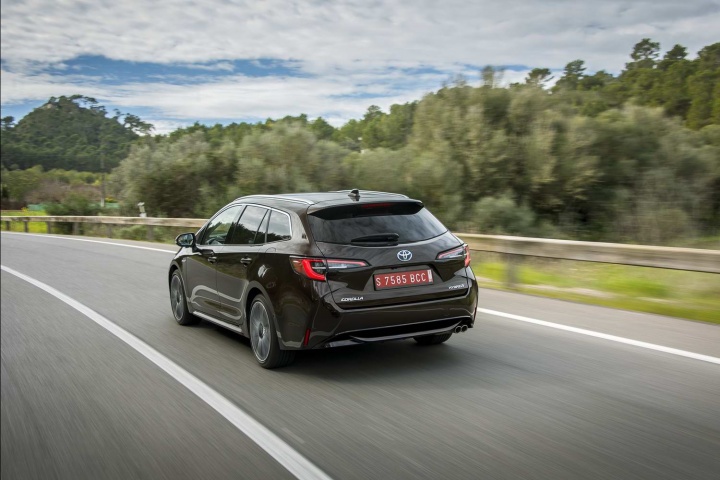 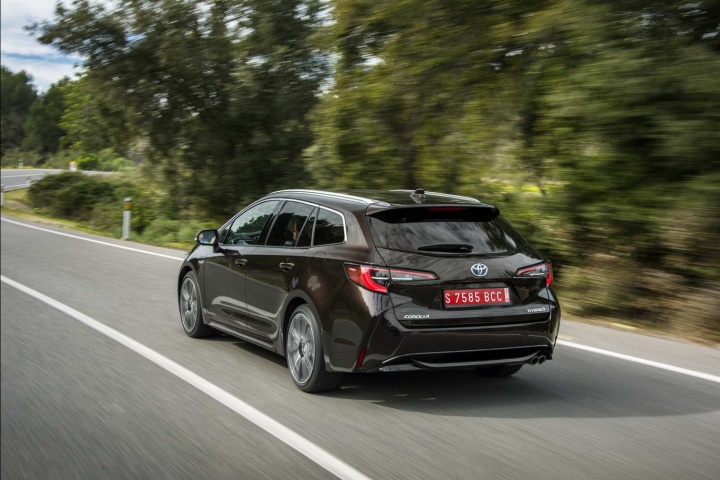 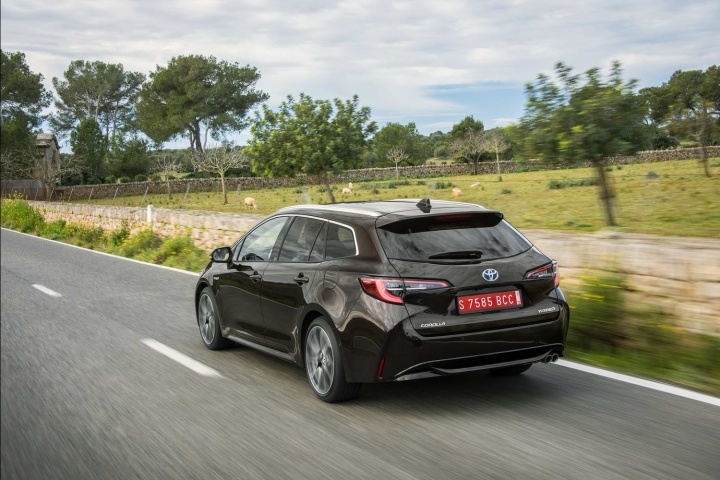 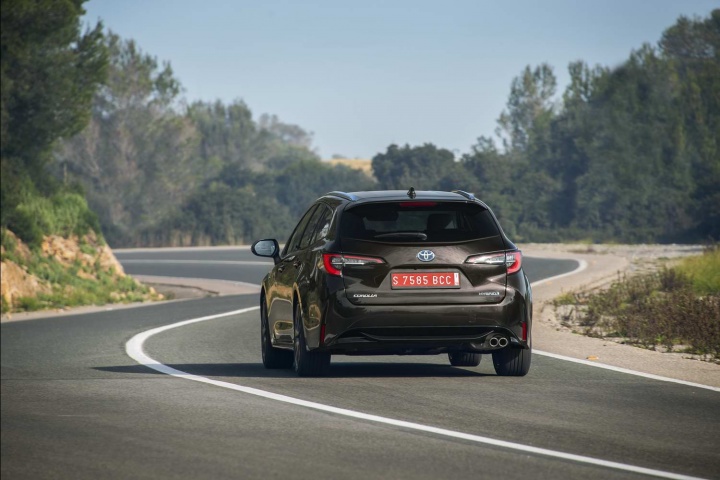 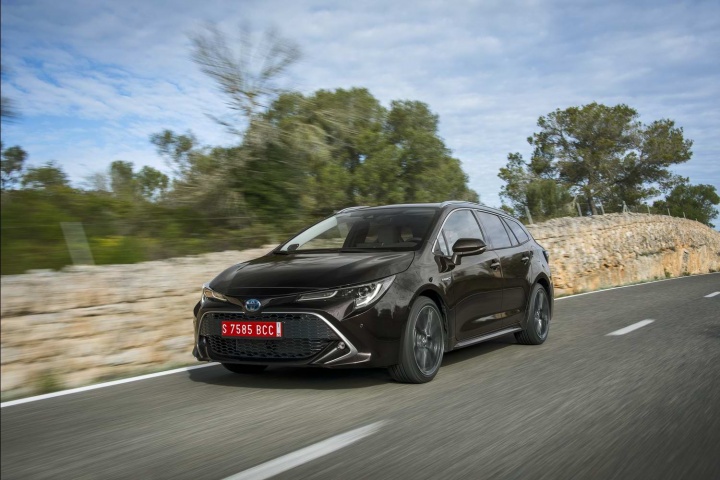 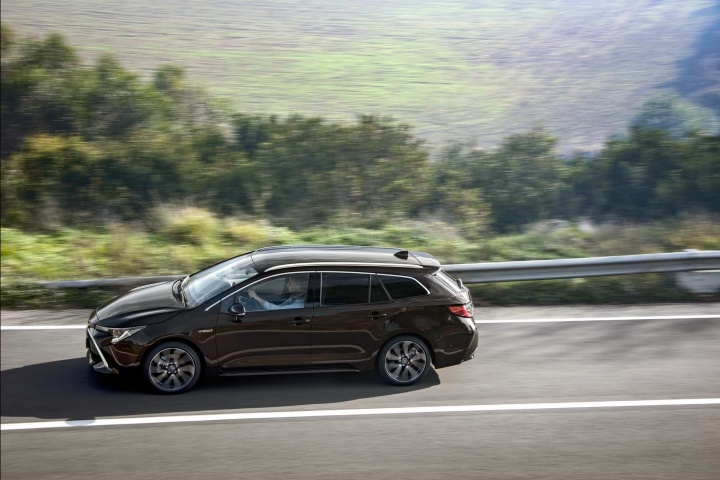 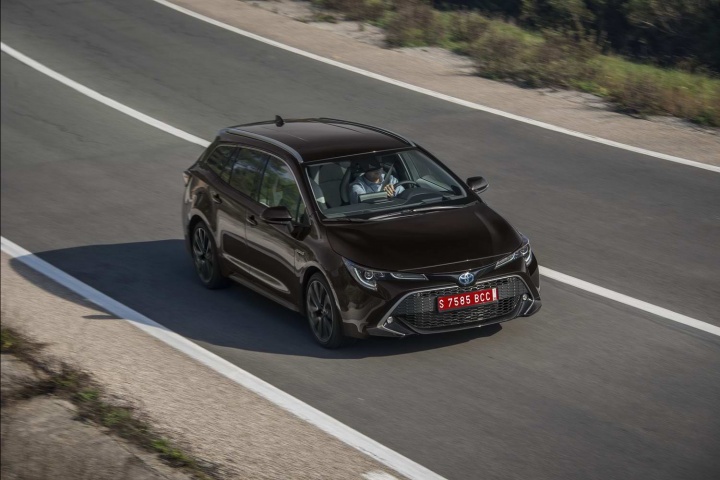 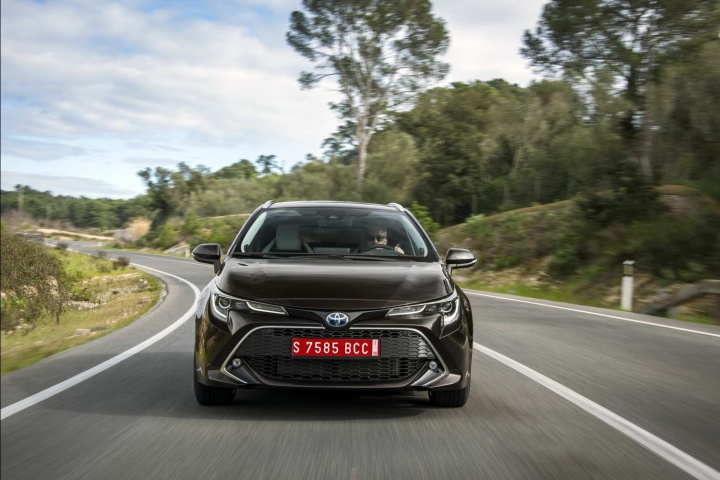 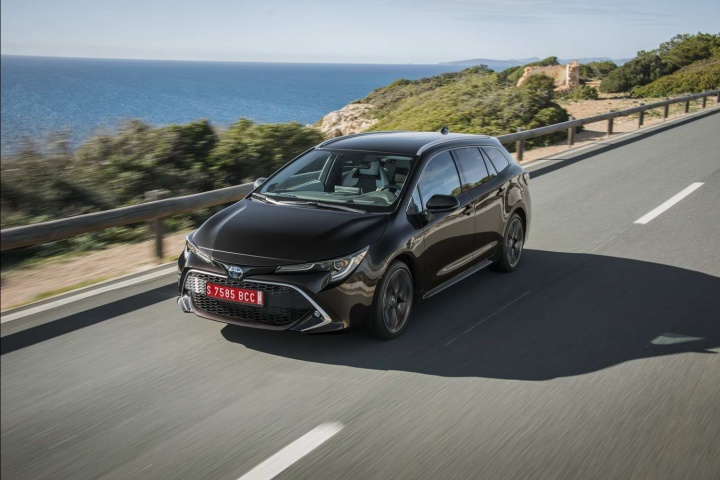 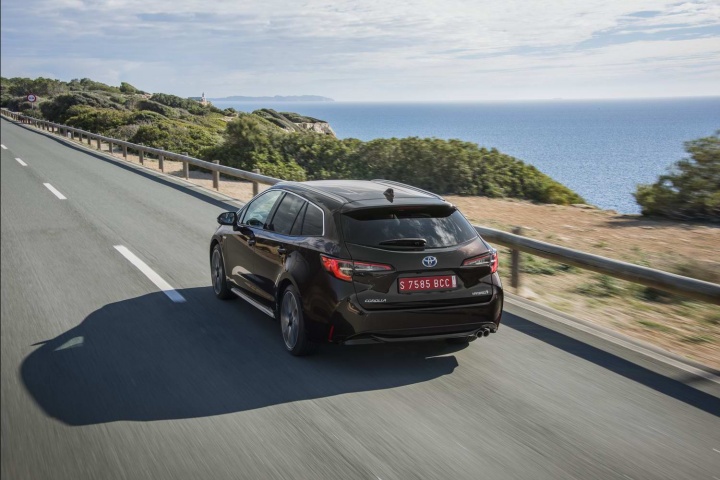 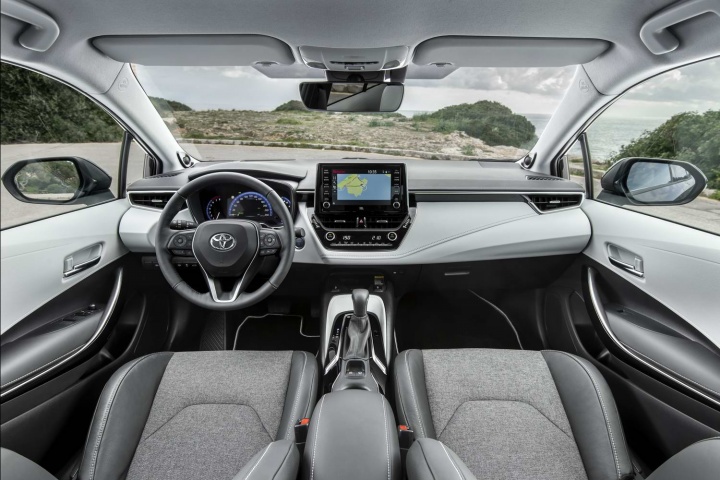 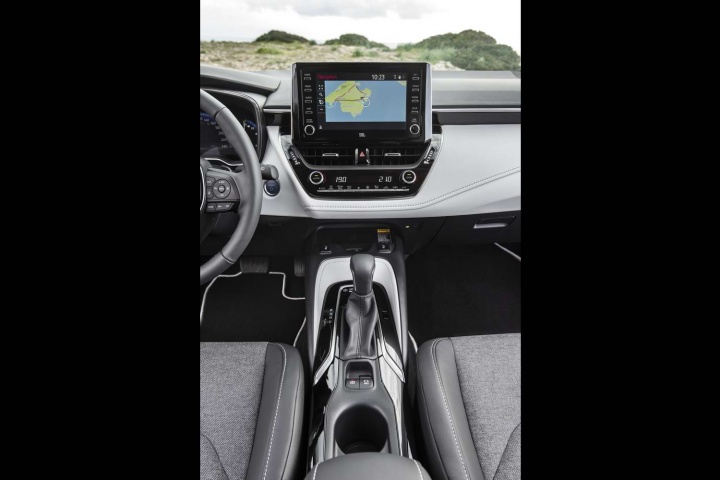 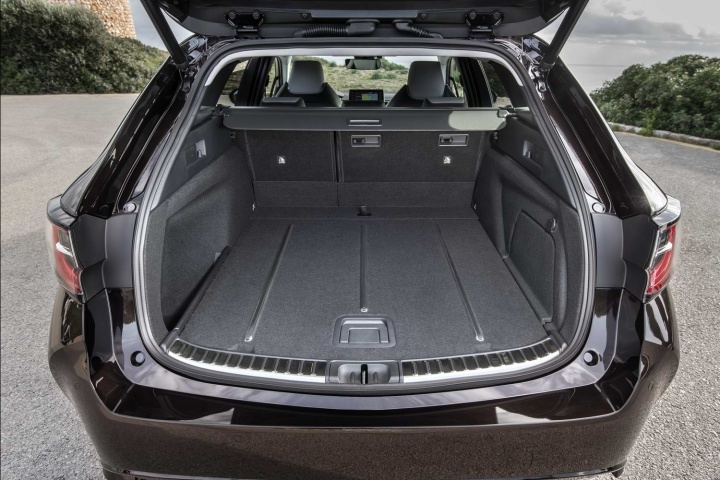 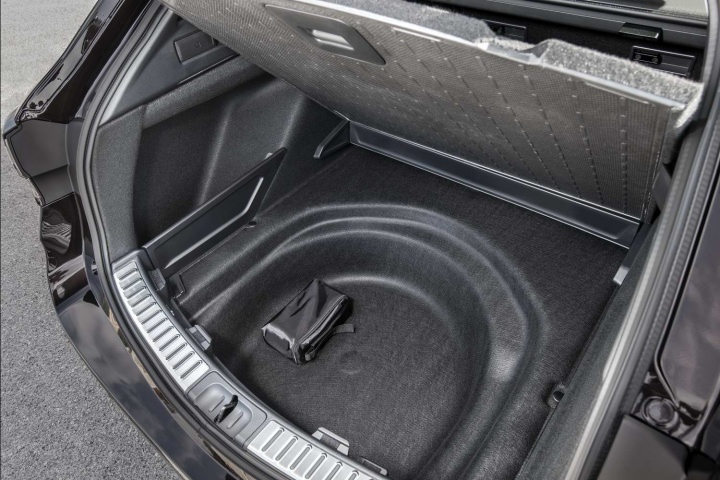 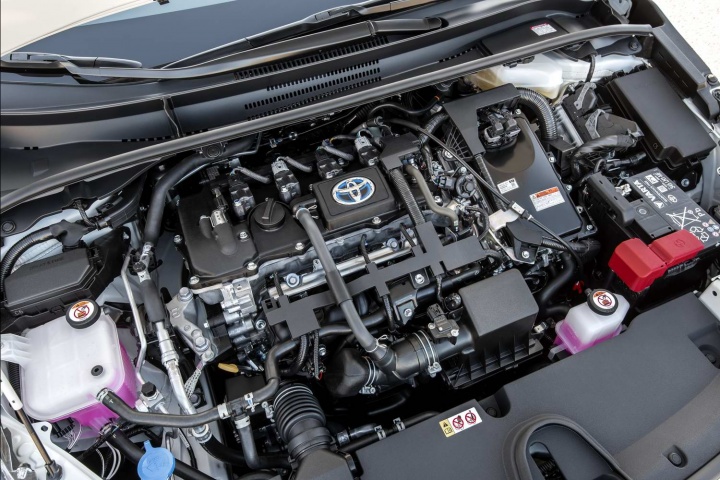 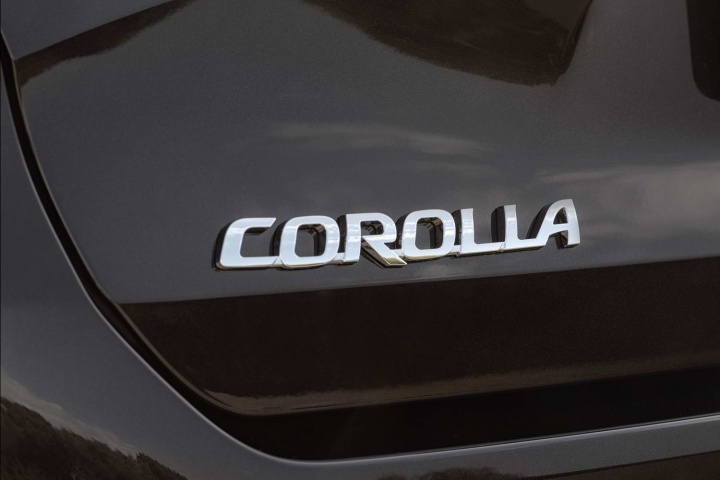 It's the 12th generation of the best-selling car of all time, and the latest Toyota Corolla estate is excellent.

Toyota plonks the reborn Corolla on the Toyota New Global Architecture (TNGA) chassis and ups the hybrid ante. We've driven the Corolla as a four-door saloon already, now it's time to try the model that will, criminally, be of minority interest here in Ireland - the Touring Sports estate.

As Neil has already explained in the first drive of the Corolla saloon, this is a much more promising car than its immediate predecessor, the Auris. And, if all this Corolla/Auris flitting about is getting confusing, then we totally understand. You see, in 2006, Toyota decided the Corolla name was synonymous with 'dull' and so tried to spruce up its C-segment hatchback contender's image with the name Auris. And yet, weirdly for us here in Ireland, the four-door Toyota model continued as the Corolla alongside the Auris - only now, Toyota has decided to go back to Corolla, for the regular hatchback and for this smashing Touring Sports model.

Not that the estate version of the Corolla will sell well here in Ireland. It's predicted to take just five per cent of Corolla sales on these shores and that's a crying shame. Because, continuing the feel that the saloon is a separate entity to the hatch and wagon variants, the Corolla four-door is built in Turkey and has different front-end styling to its siblings, while the hatchback and Touring Sports are built in the UK and also have a wider array of drivetrain choices. Although... even that's not strictly true in Ireland, where the Touring Sports - given it's likely to sell in tiny numbers - is limited to just the 1.8-litre Hybrid drivetrain.

Nevertheless, the Touring Sports looks superb. The angular front end of the Corolla carries well into a neatly tapering rear end, which might ultimately impinge on rearward visibility (the back windows of the glasshouse are small and the D-pillars of the Touring Sports are huge), but which doesn't detract at all from the Corolla's practicality. With a 598-litre whopper of a boot out back, this is a very decent cargo-carrier. It might not beat some of the biggest C-segment estates in the class, which have more than 600 litres on offer with five seats in place, but it's a damned sight more practical than any equivalent size/price SUV, while clever tricks like a reversible boot floor (carpet one side, rubber matting the other for when you're carrying soggy, sandy and/or hairy items) and a hidden storage area under the boot make it all the more likeable and usable. Same goes for the passenger compartment, which has the same solid excellence as the Corolla saloon and hatchback models, only with the best rear-passenger space of the lot - it, like the saloon, has the 60mm-longer, 2,700mm wheelbase, only it has a tiny bit more headroom thanks to its longer roof.

We managed to sample the 2.0-litre Hybrid with its 180hp drivetrain and we wish Toyota Ireland was taking that option in the Touring Sports. Sadly, we've only got the 1.8-litre, which remains something of a blunt instrument. It's fine enough for genteel driving, where no more than 50 per cent throttle is used and progress is 'leisurely', but it's not fast in the slightest - it takes the wagon more than 11 seconds to inch its way from rest to 100km/h - and it doesn't feel abundantly torquey, either, despite the electric motor serving up 163Nm of torque from the very second the car moves forward. Coupled to a typically frustrating CVT, it's an acoustically unrefined operator, although we will admit that Toyota has made great strides in mechanical isolation of the 1.8-litre Atkinson cycle engine for this particular Hybrid - meaning the Corolla is the quietest 1.8, part-electric Toyota we've yet tried.

The only shame of this engine is that it installed in a car that is otherwise dynamically superb. The TNGA platform blesses great handling attributes on any vehicle and the Corolla Touring Sports is no exception. The steering, body control and general traction are excellent, with only the two-stage, regenerative brakes providing any gripes about the main controls. So, although the hybrid drivetrain won't respond instantly to throttle inputs, you can nevertheless keep the Toyota in a nice, brisk, flowing groove on the right roads.

More importantly, it's a lovely thing to ride in. The quality of the suspension and the absolute moratorium on wind/tyre noise in the cabin makes it a very comfortable vehicle... aided and abetted by the part-electric drivetrain. Yes, this is where the Corolla really comes into its own, as the seamlessness of the CVT and the car's ability to run silently in EV mode on trailing throttle only adds to the serene sense of calm in the cabin.

Toyota Ireland is going to sell the Touring Sports in the higher Luna (from €28,420) and Sol (from €31,990) specifications, so you get a lot of equipment for your money. Like the Corolla saloon, Toyota Safety Sense 2 is standard across the board, as are alloy wheels, dual-zone climate control, an eight-inch touchscreen for the infotainment and a seven-inch digital instrument cluster, while the Sol also loads in four heated seats, satnav, keyless entry and go and a self-dimming interior mirror. Better still, even at these sorts of prices, the Corolla Touring Sports compares favourably to the less-practical SUVs that are killing this sort of car off.

Toyota's big boss man, Akio Toyoda, grandson of the founder of the car company, has said 'no more boring cars.' That's easy enough to do with a funky, sharply styled crossover like the C-HR, or a madcap hot hatch engineering vanity project like the Yaris GRMN, or a rear-driven sports coupe such as the GT86. Even the Supra is on its way back.

Making a hybrid estate exciting, though, is quite another matter - and yet, Toyota seems to have pulled it off. Oh, sure, it's no road rocket and the drivetrain lets the side down somewhat when it comes to spirited driving, but otherwise the Corolla Touring Sports has a peach of a chassis and refinement levels (high-revs noise notwithstanding) as good as anything else in class. Throw in the striking exterior looks, the quality cabin and the Corolla's helpful practicality, and you have a machine that is genuinely talented in many departments. There's more to come from this Japanese wagon, then, so it's a shame that buyers here are unlikely to take to this car in their droves. It's a really rather splendid. 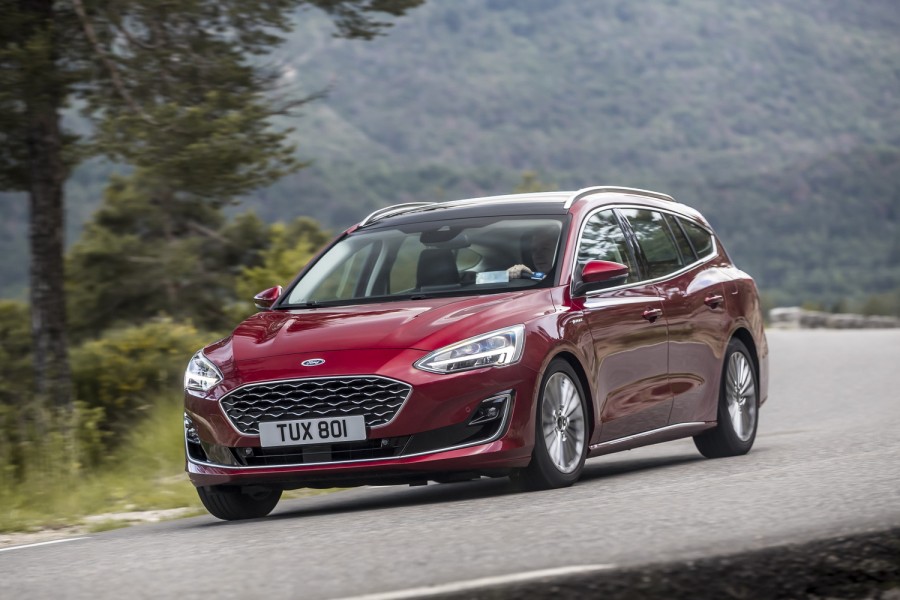 Ford Focus Estate 1.5 diesel Vignale review
Ford Focus Estate vs. Toyota Corolla 1.8 Hybrid Touring Sports estate (2019): more space in the boot and more choice in the drivetrain department, but the Focus can be pricey and it, as yet, has no hybrid model. 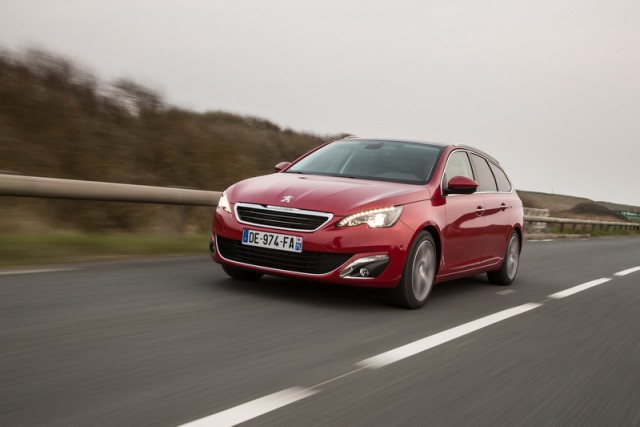 Peugeot 308 SW review
Peugeot 308 SW vs. Toyota Corolla 1.8 Hybrid Touring Sports estate (2019): huge boot on this thing, which is often overlooked, but the 308 SW is ageing now and it doesn't feel as cutting-edge as the Toyota in several departments. 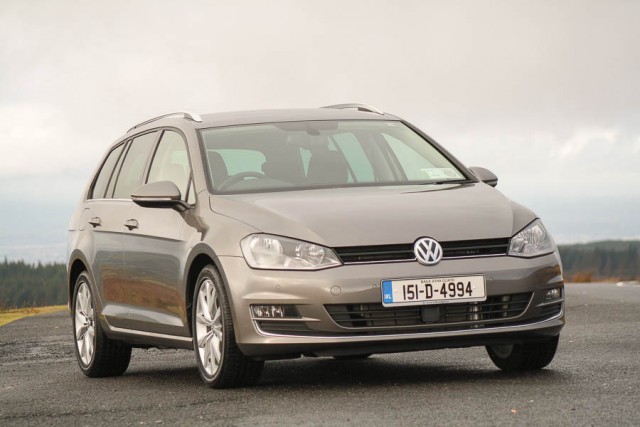