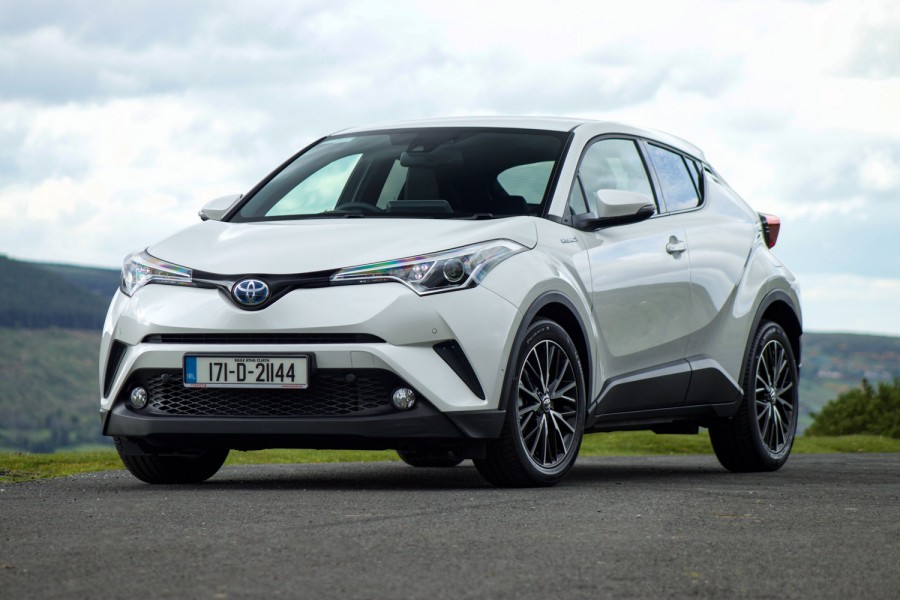 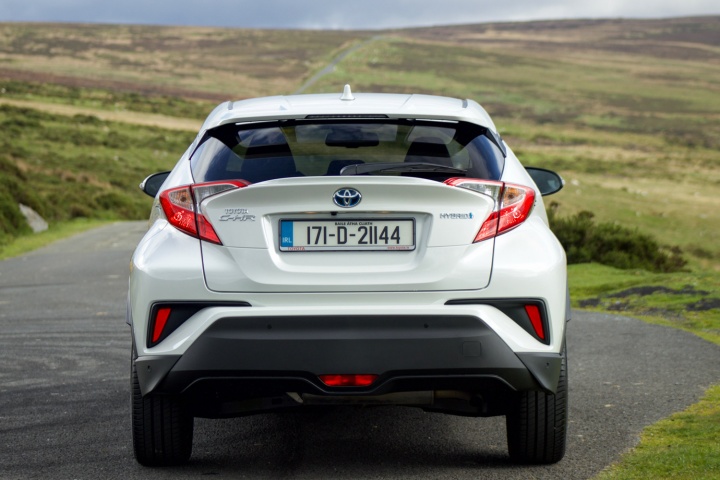 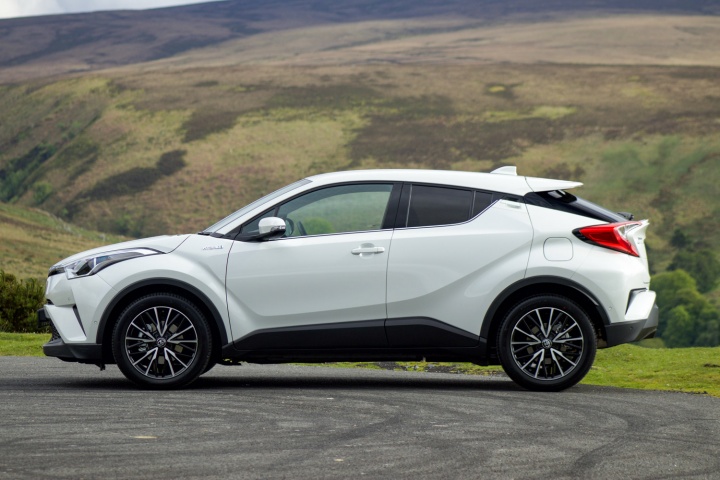 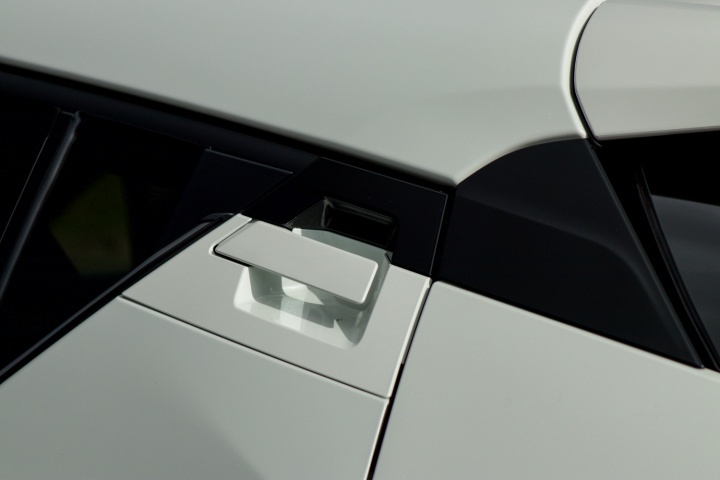 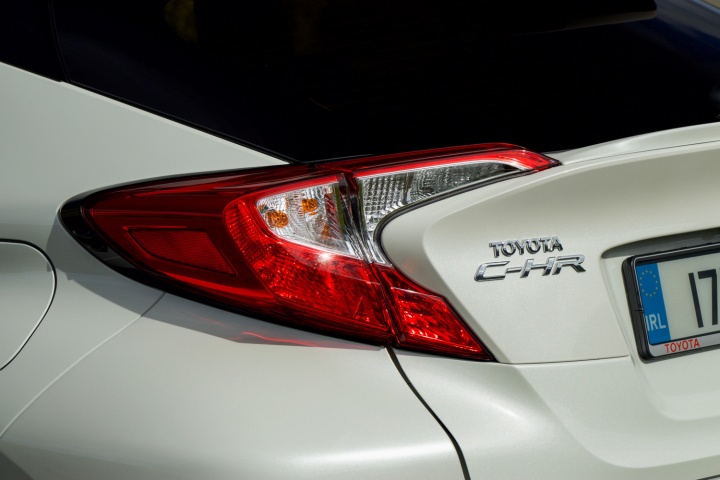 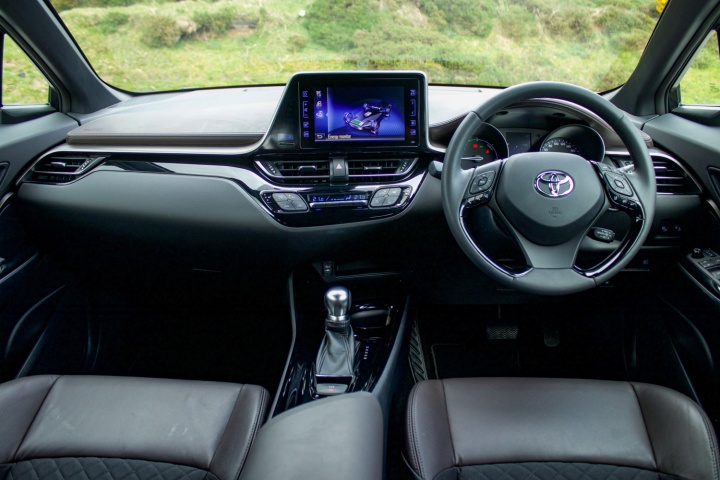 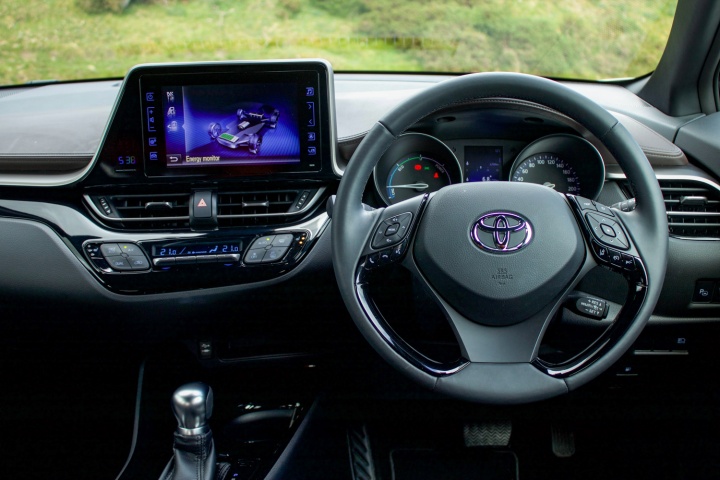 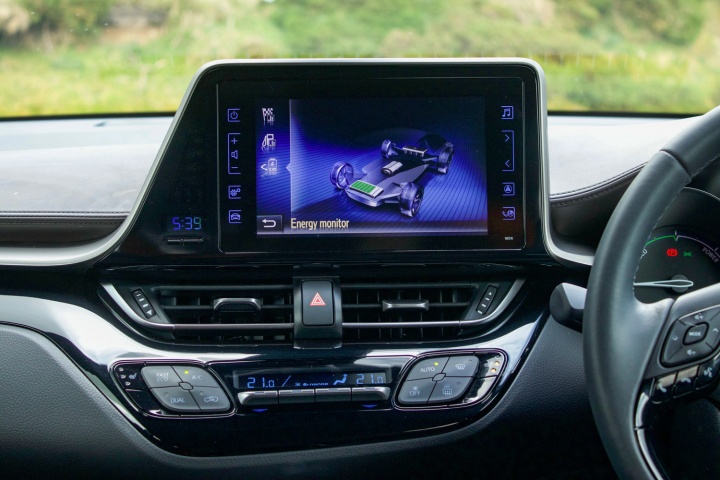 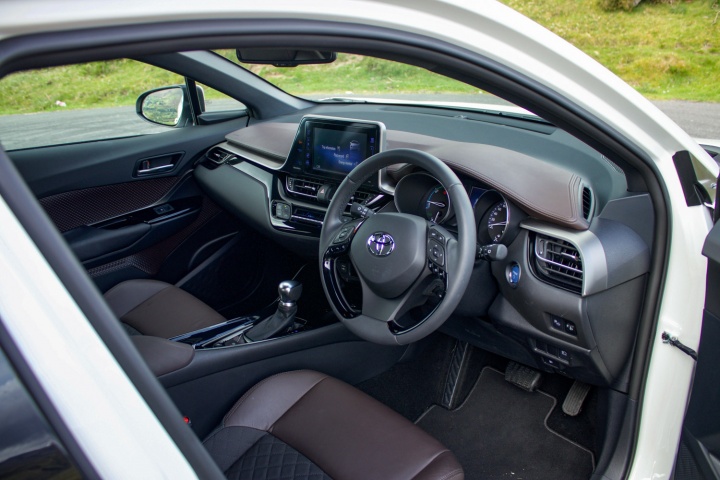 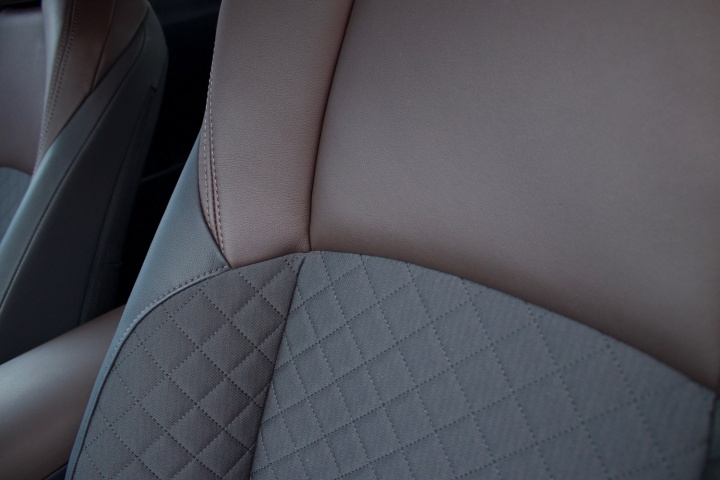 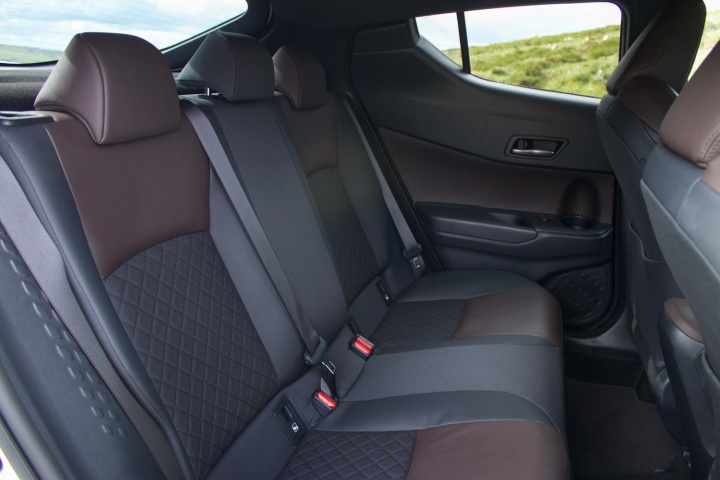 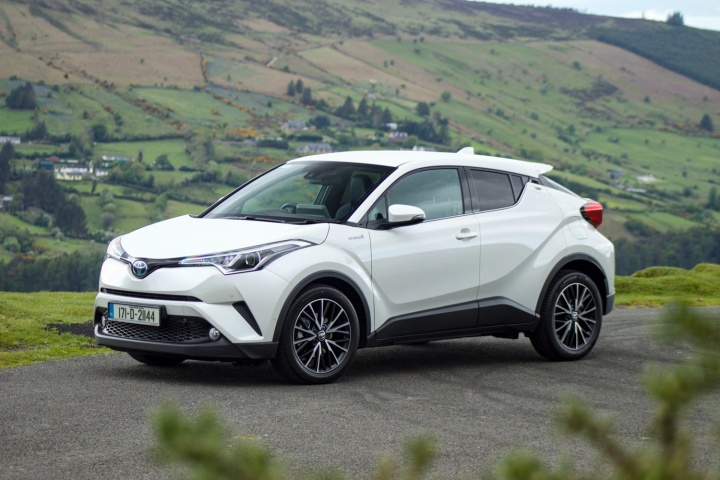 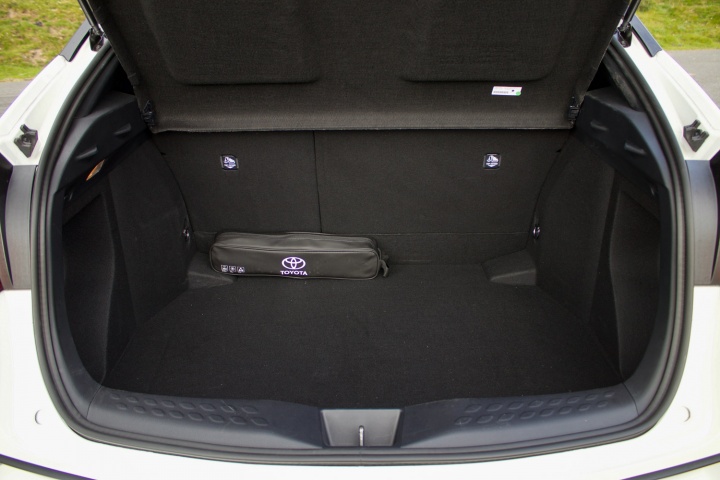 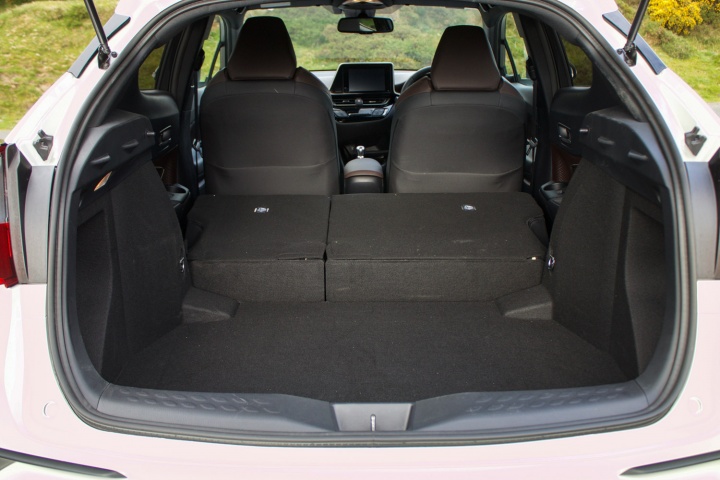 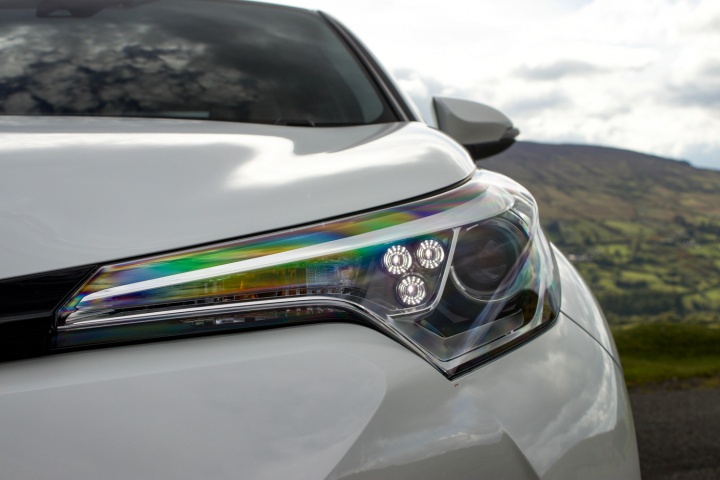 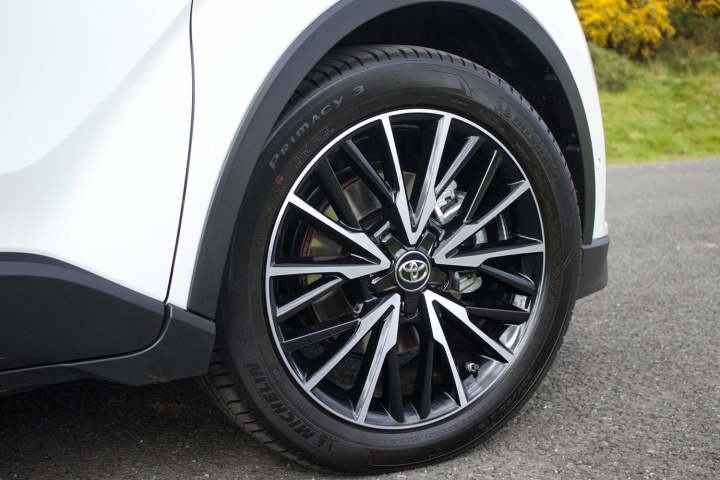 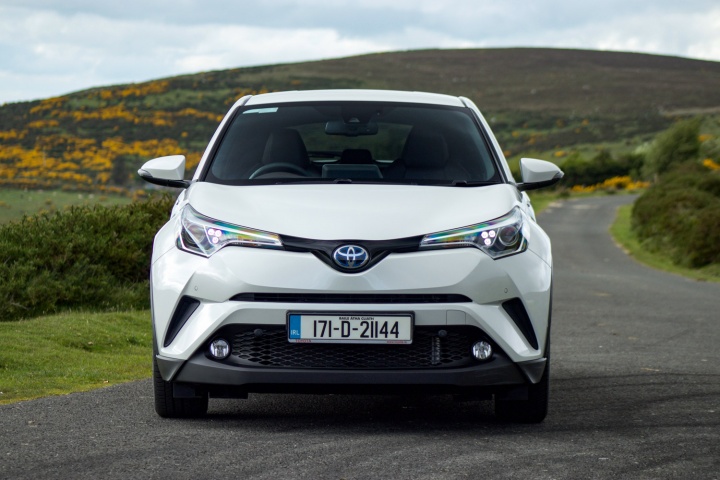 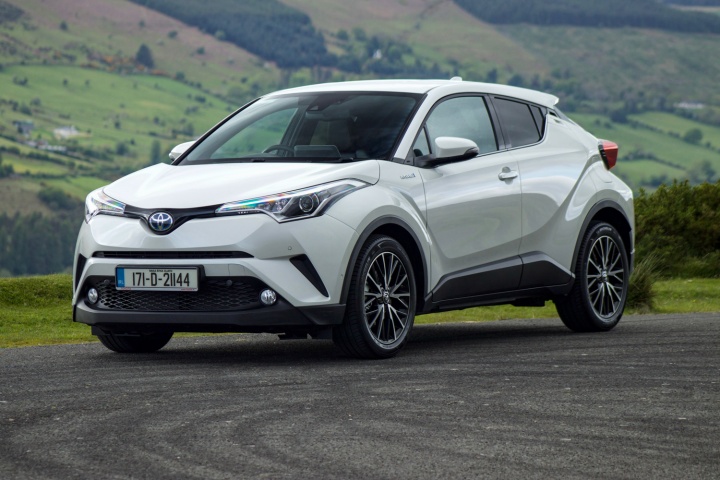 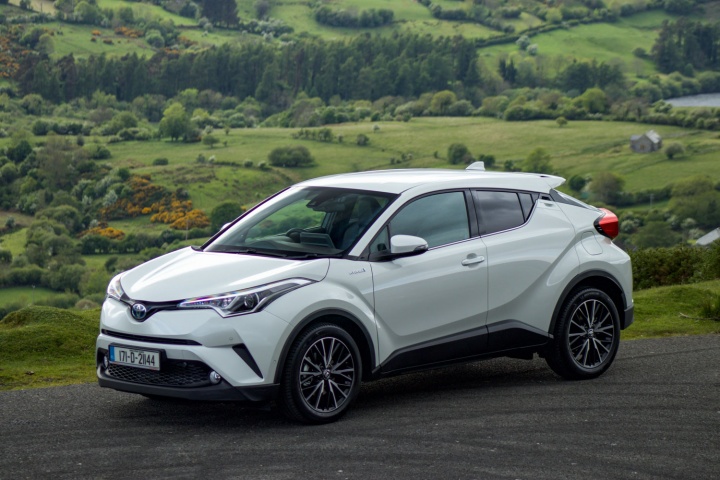 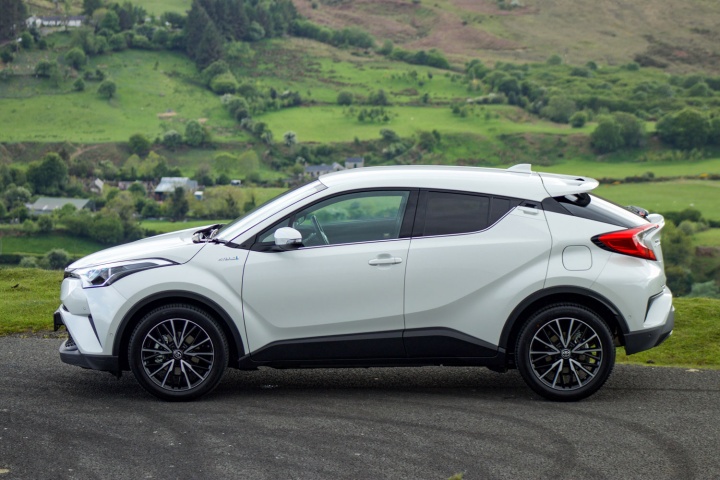 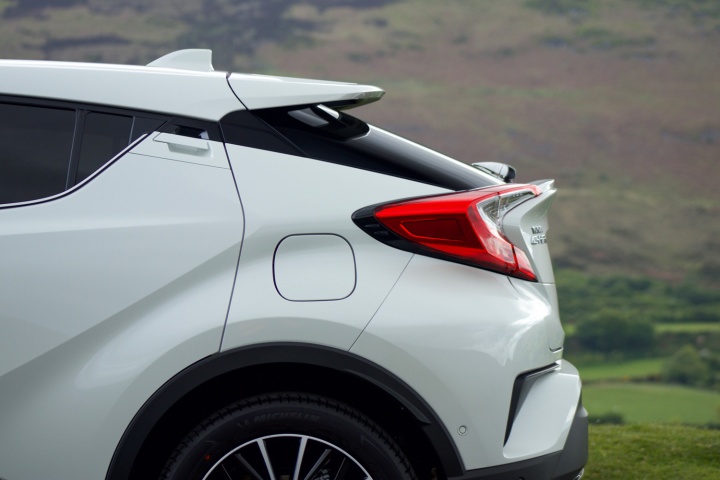 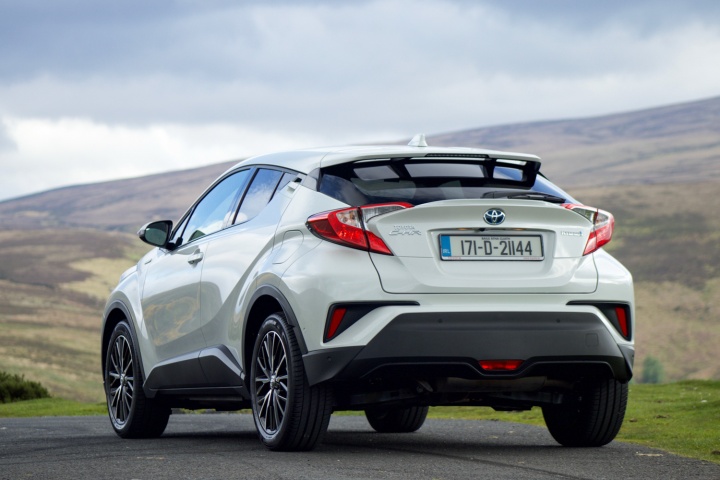 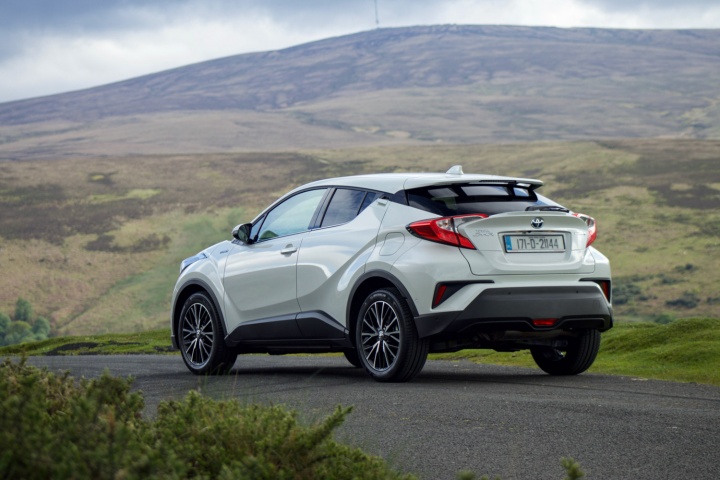 There's a hybrid revolution afoot and Toyota’s C-HR is in the vanguard.

This is the Toyota C-HR Hybrid and it's a car that's rapidly changing Irish perspectives on hybrid power. The combination of people becoming edgy about exactly how bad diesel emissions are for our health and just what the government might or might not do when it comes to taxing diesel cars means that an alternative is needed. With electric cars still rather limited in range and (generally) expensive in price, that means that the goal, for hybrid cars, is an open one.

It's not just an urban thing, either. Oh, it started like that alright. Last year, Toyota reported that it was those living in cities and big towns, fearful of the havoc being wreaked on local air quality by diesel fumes, who were driving demand for cleaner hybrids. That has most definitely spread to the countryside, though. Toyota says that rural buyers are switching to hybrid faster than their urban brethren now.

The C-HR itself is a medium-sized crossover that roughly (in terms of size and price) competes with Nissan's Qashqai and the Hyundai Tucson. It uses the same Atkinson-cycle 1.8-litre petrol engine, plus hybrid powertrain, as the Toyota Prius, but is a more conventional car to look at.

Hang on, did we say conventional? Well, maybe compared to the entirely oddball Prius it is, but by any other standard the C-HR is distinctive in its styling. Some 18 months on from its original launch and it's still an eye-catching car. Pretty? We'll let you decide, and certainly there are those who dislike the snub nose and the somewhat over-wrought rear end, but to our eyes it's handsome, different and interesting. Which has not always been the case with Toyota styling.

The cabin is, in one sense, the C-HR's trump card. You can find some cheap and scratchy plastics in there, but for the most part it's beautifully made, and with that diamond-quilting motif everywhere (to the point where it can almost become overwhelming), the C-HR's interior leans more towards Lexus than Prius. All of that is augmented by comfy front seats; big, clear instruments; and a very good touchscreen, standing proud of the dash roll-top. The optional JBL sound system is very impressive too.

And what of the hybrid powertrain? Although in general configuration and specific engine capacity, nothing has changed since the second-generation Prius of the mid-2000s, the evolution of the Toyota hybrid system is really quite something. Once, it was something you endured in the pursuit of better fuel economy (and only then when you drove it in a very narrow band of performance). Now, it is an almost-fully-rounded engine and transmission that works well pretty much everywhere.

Most of our mileage in the C-HR was done in a manner that hybrids once hated - at high speeds, on the motorway. Where such driving would have badly tripped up an older hybrid, now the C-HR handles it beautifully. The CVT transmission has shrugged off the worst of the high-rev-moo effect of old and the fuel consumption on our test drive worked out at a very pleasing average of 5.1 litres per 100km. Short of Toyota's official 3.8 litres/100km figure, but an acceptable margin of error considering that we were often driving in Sport mode, and usually using the air conditioning.

Sport mode (to find which you must scroll deep into the car's settings menu) helpfully weights up the steering a bit and, thus set up, the C-HR is really very nice to drive. It's not going to worry a Golf GTI or anything, but it feels grippy, well-balanced and even enjoyable through a series of corners. A hybrid that's actively fun to drive? Just about, yes...

Space is seemingly an issue for the C-HR. There actually is decent room in the back seats, but the heavily sloped roofline helps to disguise that, and gives the rear seat occupants the sort of scenic view previously enjoyed by the denizens of a medieval dungeon. The boot is just too small altogether - 377 litres is barely better than what you'd get in a Golf hatchback, and entirely inadequate for a family crossover. While we're on the subject of small, the size of the fuel tank means that, if you're doing lots of long journeys, you'll be stopping for lots of fill-ups, even if you're not actually burning that much fuel.

Toyota is really only getting going with the hybrid thing. Next year sees the arrival of a whole new Corolla family (replacing the Auris) with hybrid drive, a new RAV4 that's hybrid-only and a new Camry saloon hybrid. Into that family, the C-HR slots very nicely indeed. Space in the back and boot are an issue (but will make more sense, in terms of the overall range, when the new RAV4 arrives), but the looks, quality, economy and driving experience mark this Toyota out as a winner.

The C-HR is a landmark car for Toyota and one of the first interesting mainstream models it has launched in years. I prefer the 1.2 turbo petrol model over the hybrid, but regardless, this is well worth a look. 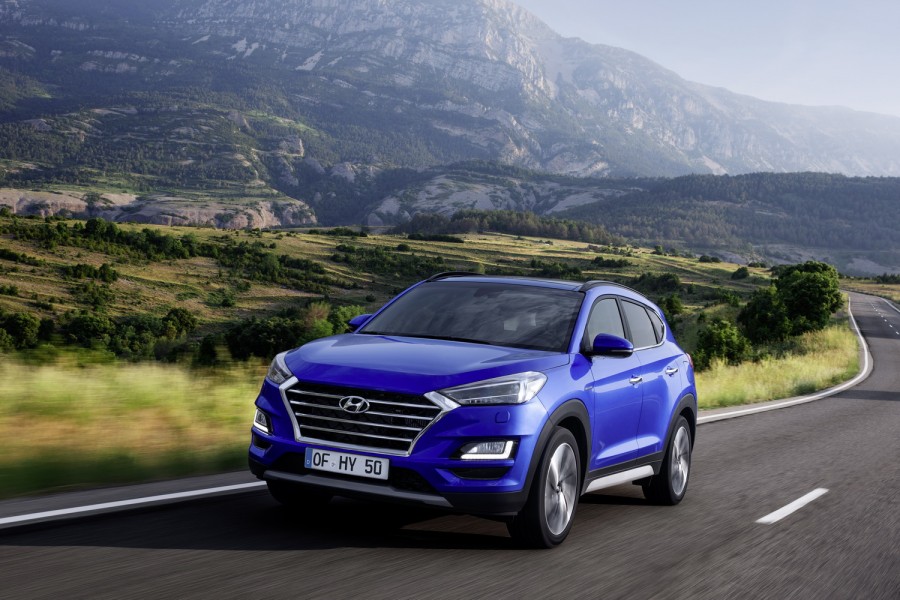 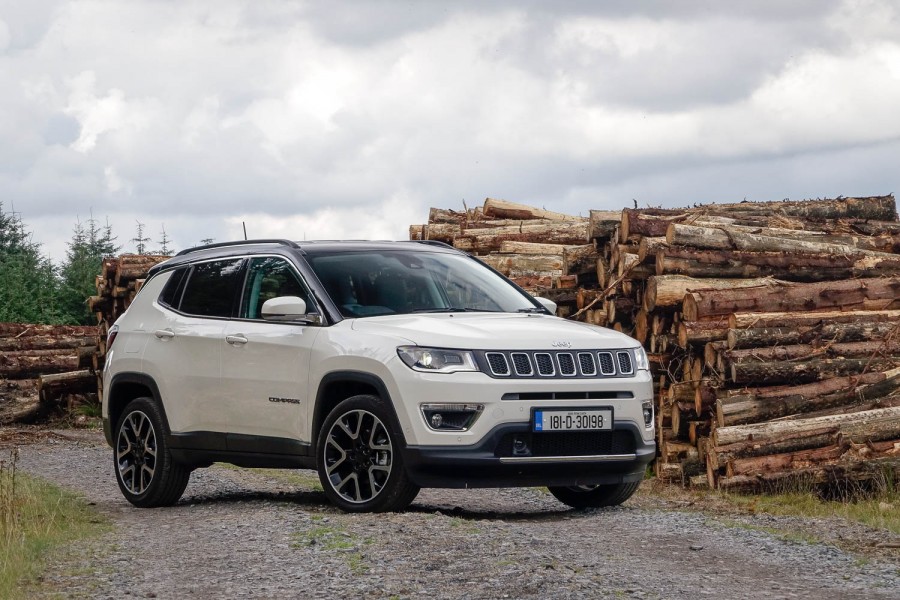 Jeep Compass 1.6 diesel review
Jeep Compass vs. Toyota C-HR Hybrid: a sharp entry to the crossover market for Jeep - good looking, nice to drive and with a pleasing cabin. Deserves to do well. 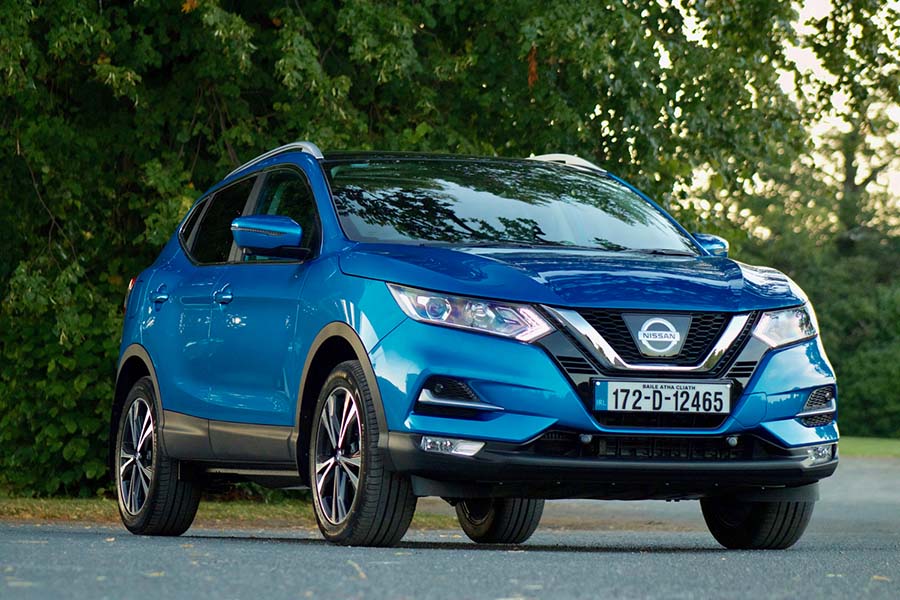