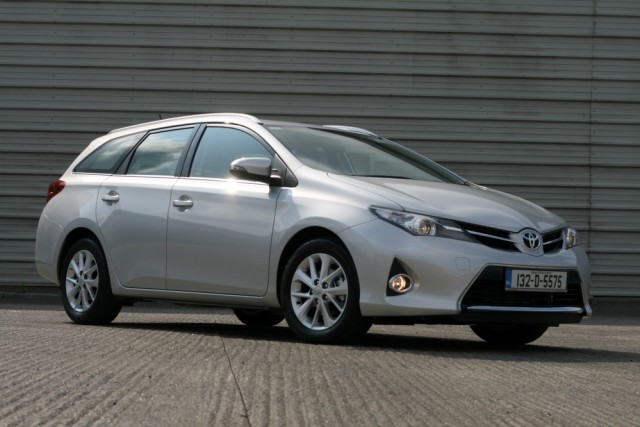 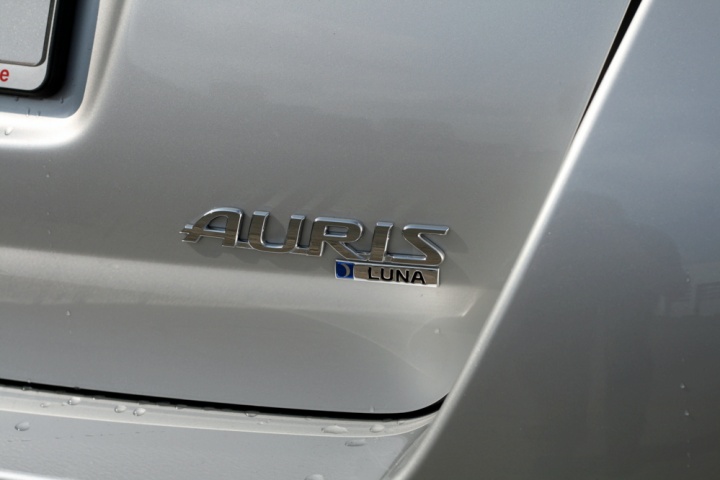 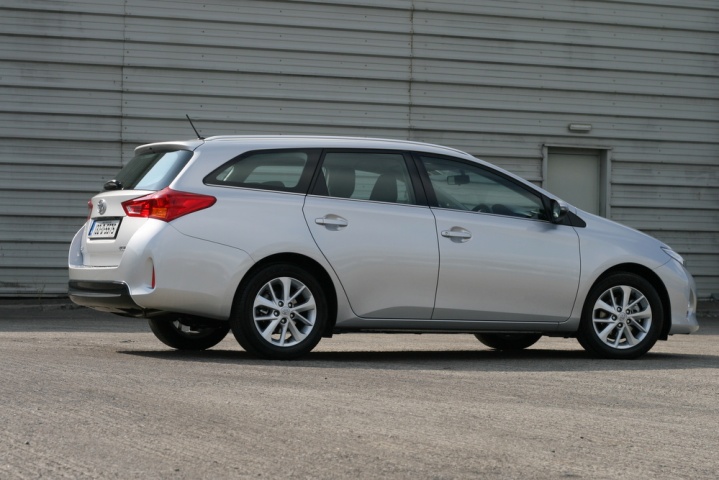 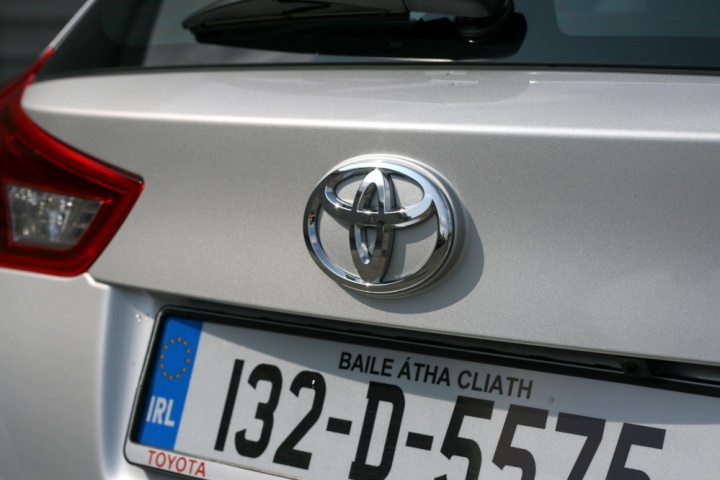 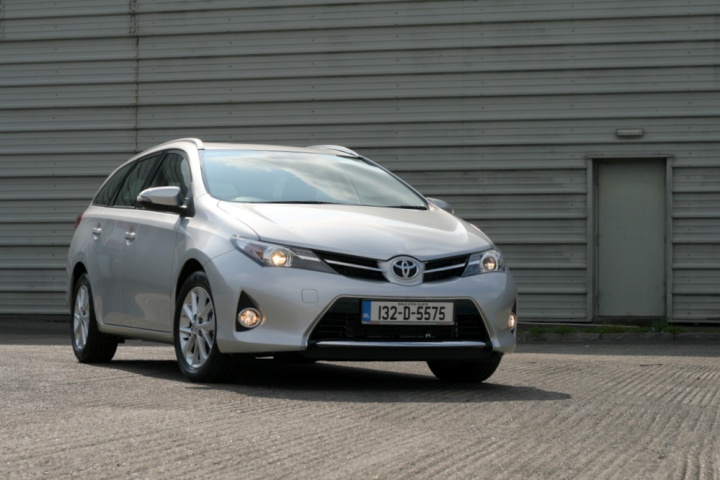 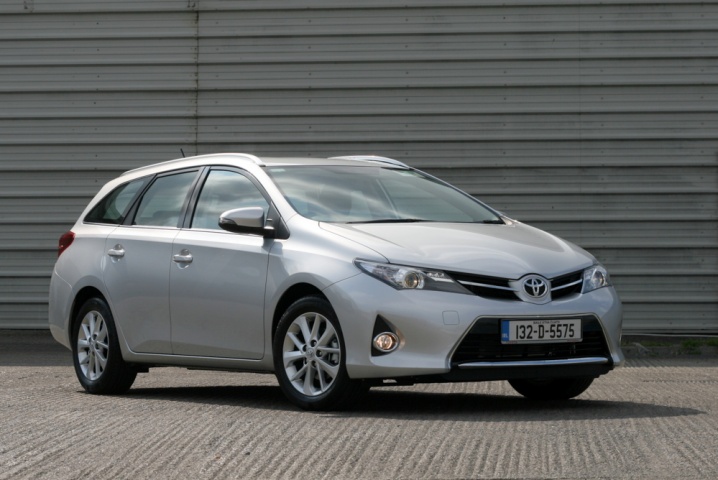 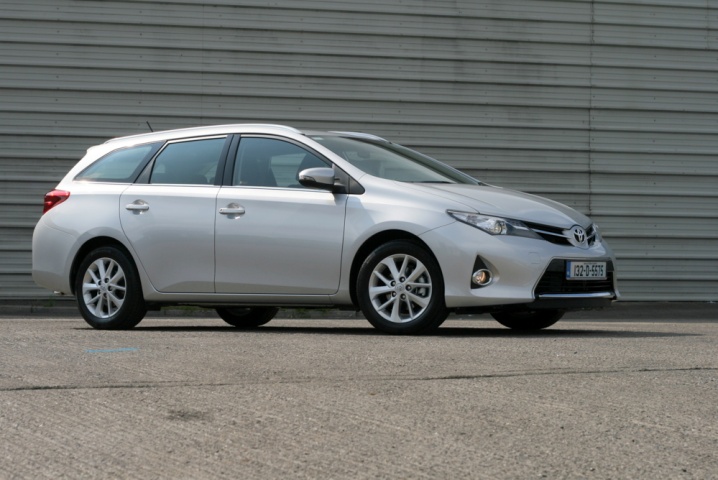 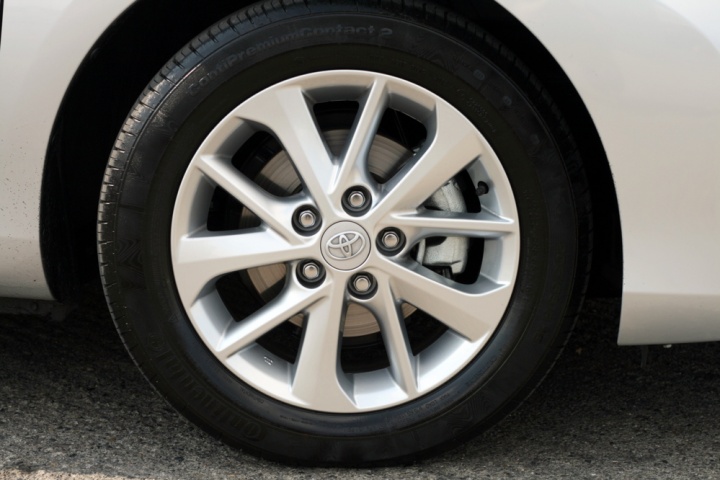 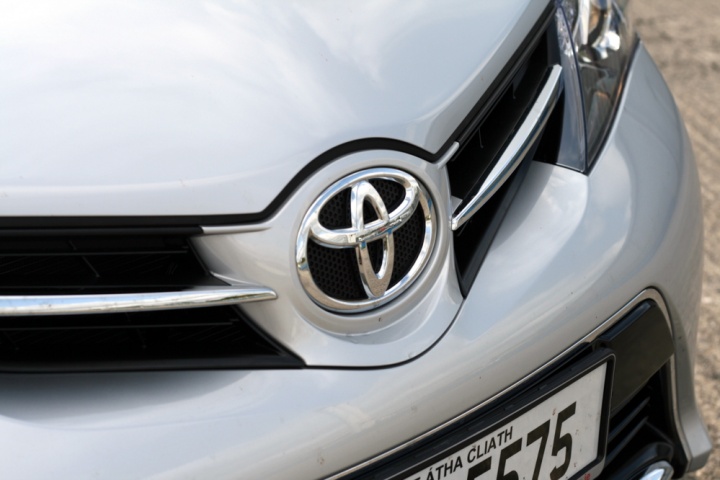 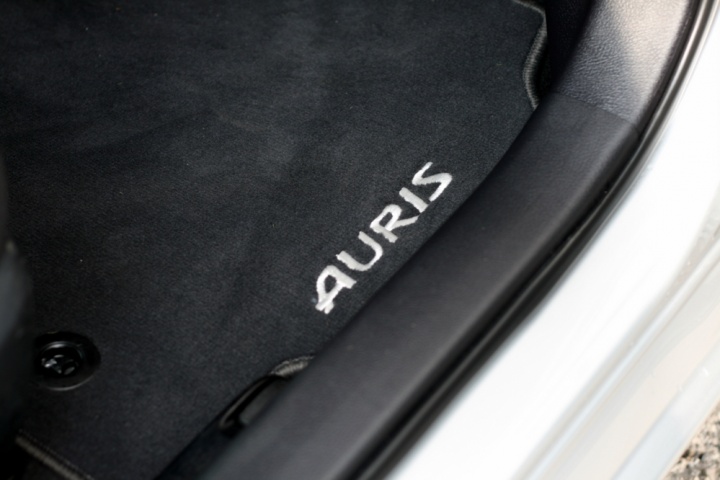 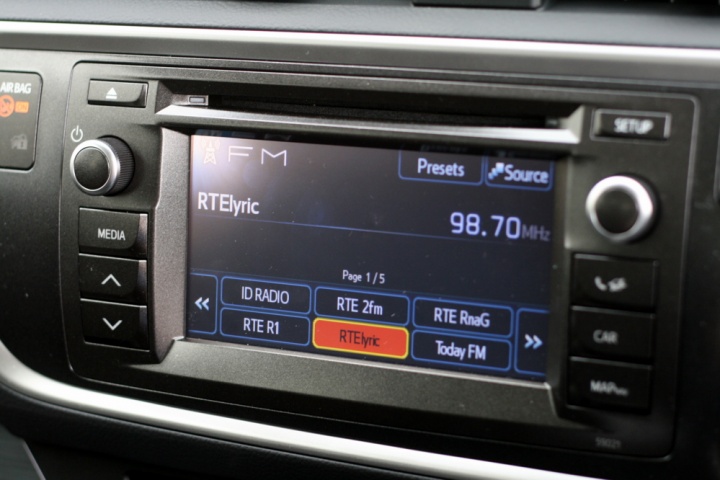 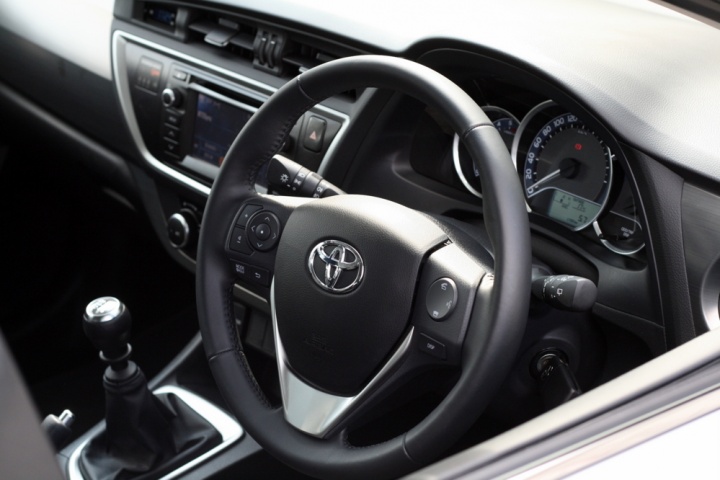 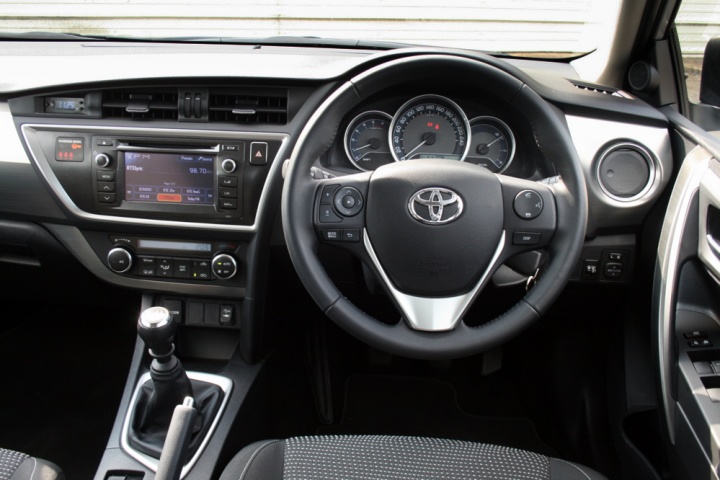 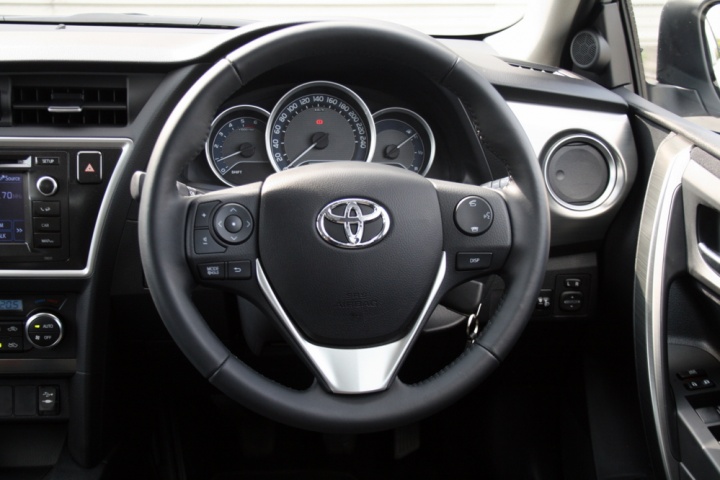 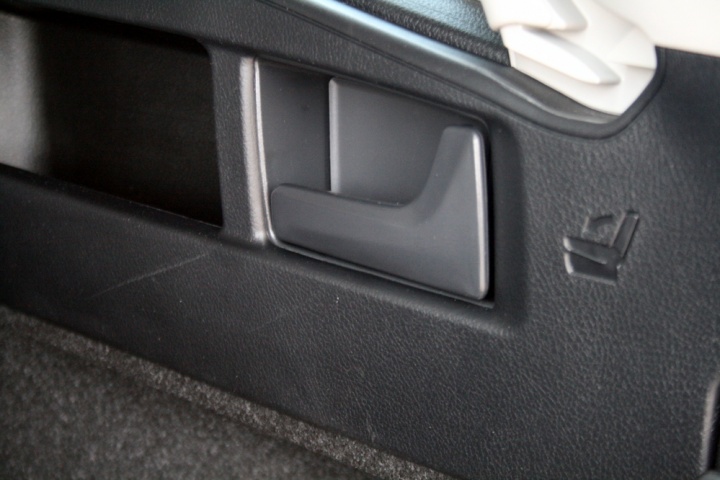 Toyota stretches the Auris to make the 'Touring Sports' estate, but it is the ride that impresses most...

Not so good: not exactly a looker, interior still behind European (and Korean) rivals

According to the latest stats from the Society of the Irish Motor Industry (SIMI) over 2,000 examples of the Auris have found new homes in 2013, making it the fifth best-selling car so far this year (as at the end of August). It sits behind Ford's Focus and Fiesta models, the still hugely popular Nissan Qashqai and the top-selling Volkswagen Golf. Digging into the stats for these cars it is obvious that Dublin accounts for most sales with between 40- and 50 per cent of each model sold in the capital. Hardly a surprise when you consider the population of Dublin, but the Auris is different. Dublin still accounts for the highest proportion of sales by county, but at a little less than 28 per cent this means that the majority of Auris sold in Ireland are from 'outside the Pale'. It is a similar story with the Corolla, the RAV4 and the Yaris. So why are Toyota cars so popular with 'country folk'?

Well, in my humble opinion it comes down to comfort.

Yes, Toyotas are known for being well made, hardy enough to survive the zombie apocalypse such is their reliability and will drive from here to Timbuktu and back on a fiver worth of juice, but these facets apply to Dublin too. What makes them so appealing to buyers outside of Dublin is that they are ungodly comfortable. Take me for example; it is generally accepted (by me and those who live near me) that the roads around my particular corner of Kildare are amongst the worst in the country. Potholes you could happily bathe a calf in, verges subsiding like a Floridian sink-hole and roadwork expansion joints so pronounced they make speed bumps look like gentle ripples in the road. And yet, despite all this, the Auris sails over the lot of them as if they are not there. When we drive a car at launch - be it internationally or closer to home - we often complain about the manufacturers for hunting down perfectly smooth surfaces that are not representative of Irish roads. In the case if the Auris, we should have found some pockmarked roads or the Spanish equivalent of a bohreen, as it is only now that I have come to realise quite how comfortable the Auris Touring Sports (TS) is - and this from the slightly more focused member of the Auris/Corolla family.

When it is not wafting over what Kildare County Council classes as trunk roads the Auris TS is also surprisingly nimble; it will turn into a corner without too much in the way of lean and track through bends as one would expect. There is a complete lack of feel from the steering wheel - almost as if it is controlled by telepathy rather than a rack and pinion, but buyers are unlikely to be too concerned.

The sole diesel offering is a 1.4 D4-D engine that produces a paltry 90hp; blessed with power it is not, but with 205Nm of torque available from 1,800rpm it can handle all but the higher speed runs with ease. Even when pushed the diesel unit does not get too vocal thanks to work done to lower noise and vibration in the cabin. The engine is frugal too, sipping diesel at a rate of 4.2 litres/100km, while emissions of 102g/km make for an annual tax bill of just €190 - a decent return for a regular Auris, let alone the TS, which, in the real world free of marketers, will be called the Auris estate.

Both cars share the same wheelbase and interior space, so all of the extra 285mm the TS possesses is devoted entirely to the boot. The result is a load space of 530 litres, which is less than is offered in the Skoda Octavia Combi, but better than the Ford Focus wagon and Kia cee'd SW. The redesigned rear end also means a lower lip than that of the Auris hatchback, meaning it is easier to load heavier items.

Ford Focus Estate: not in the same game when it comes to boot capacity, but still the handling benchmark (if you like that sort of thing).

Kia cee'd Sportswagon: a car that never ceases to amaze us. Not quite as comfortable as the Toyota though and has a smaller boot.