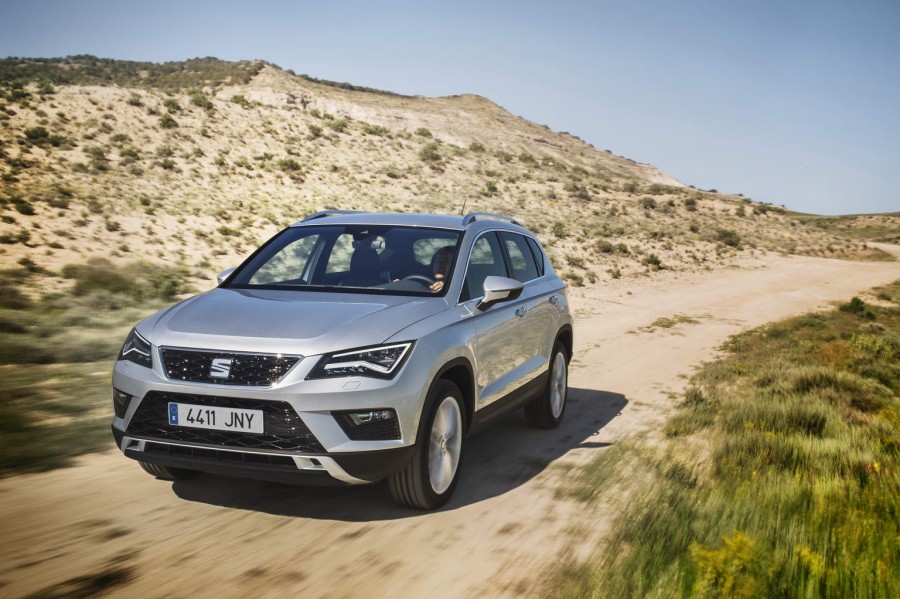 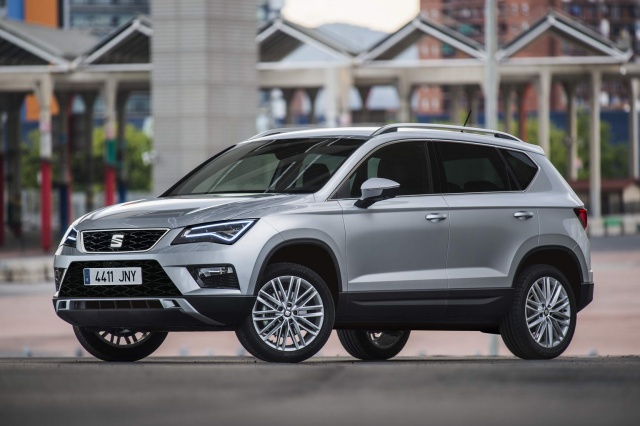 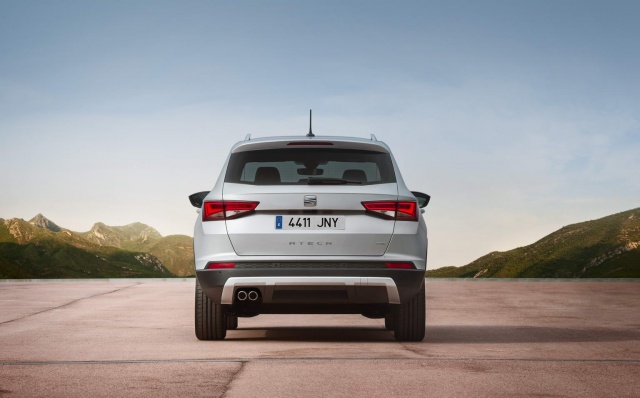 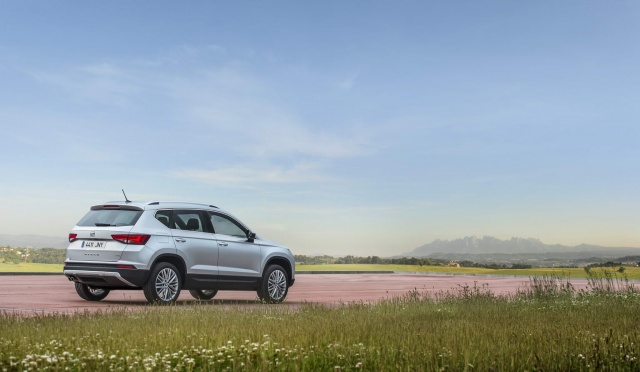 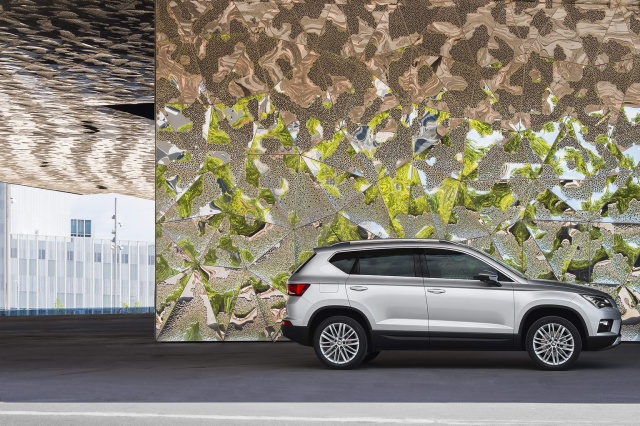 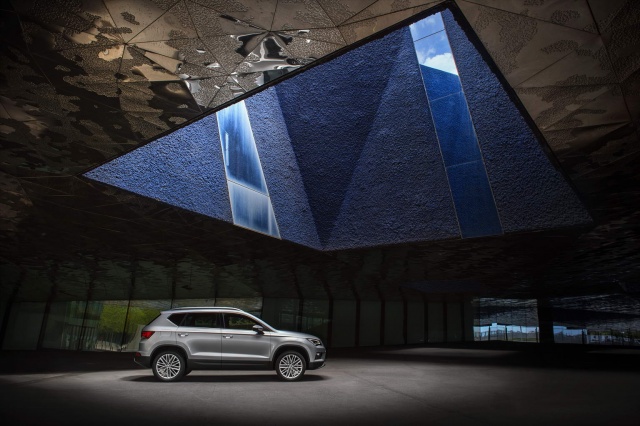 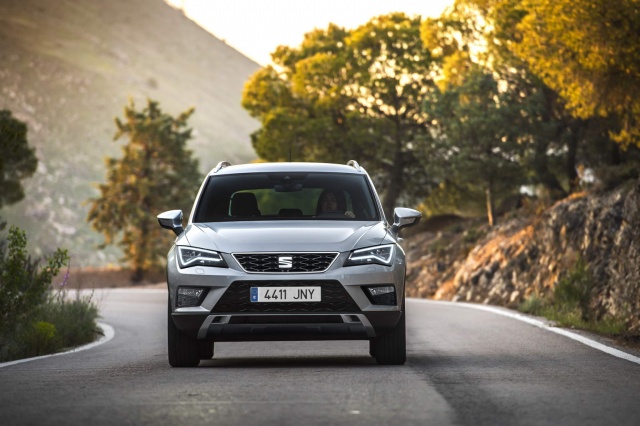 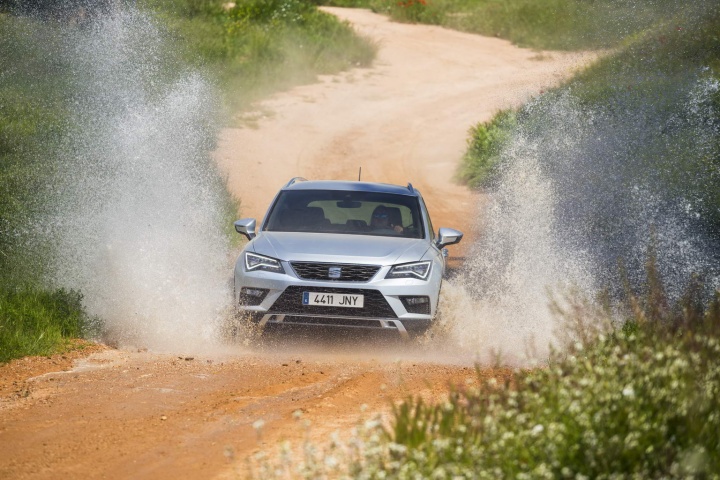 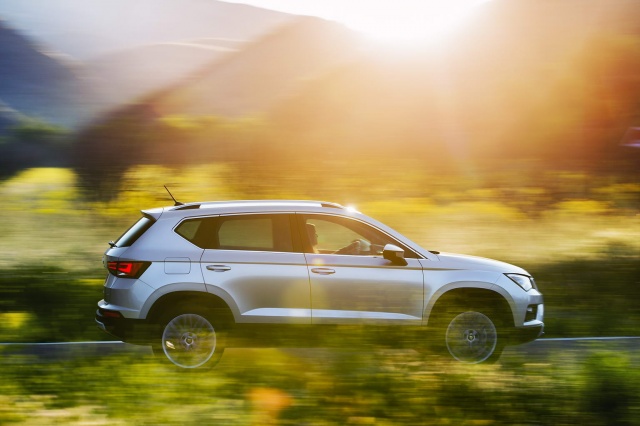 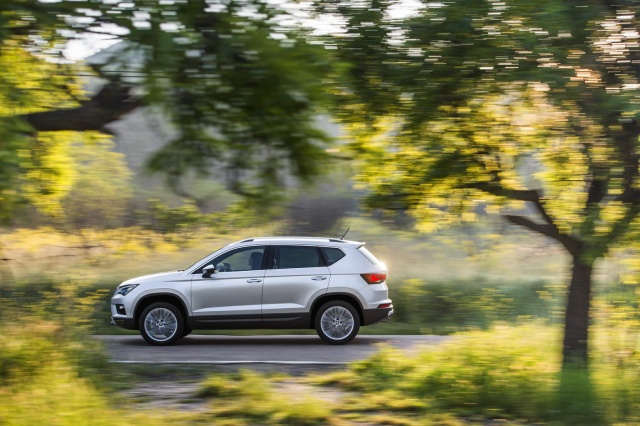 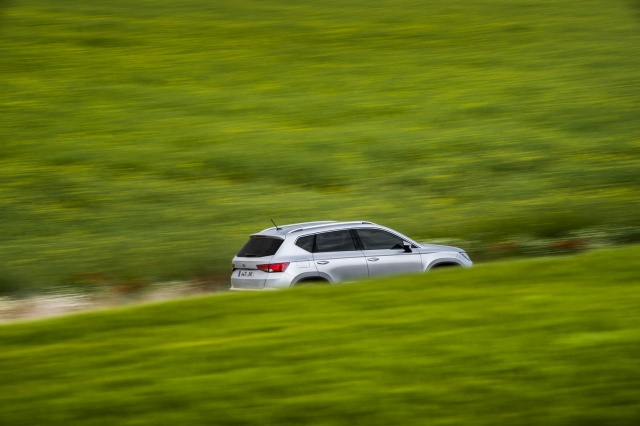 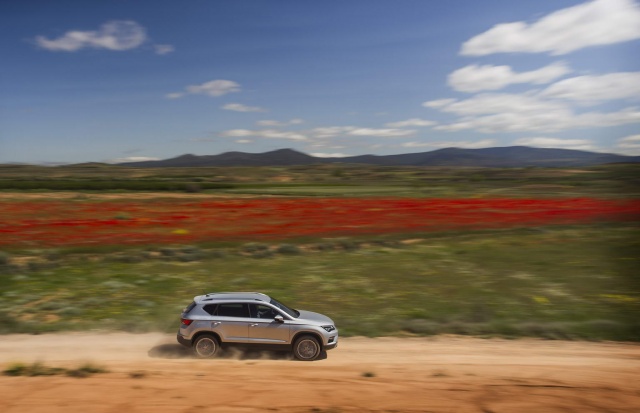 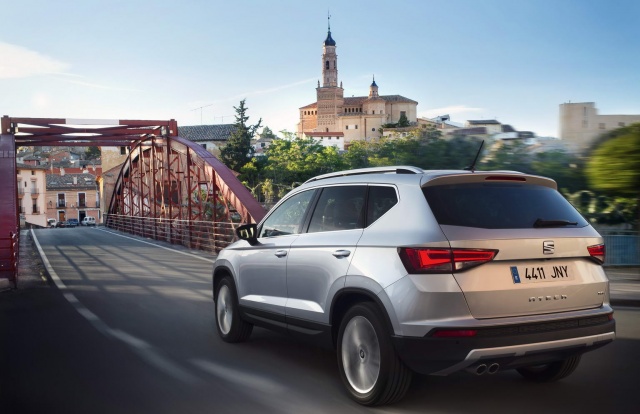 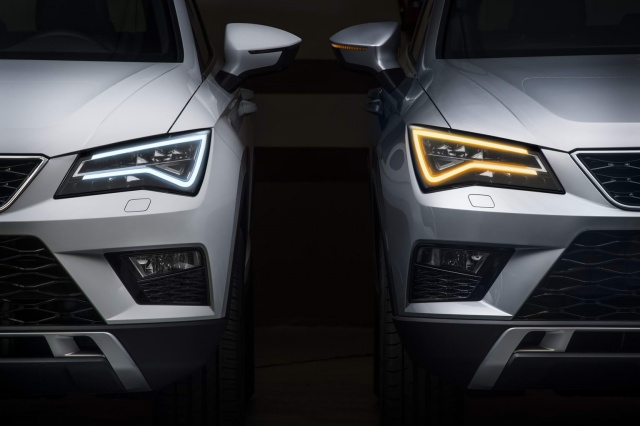 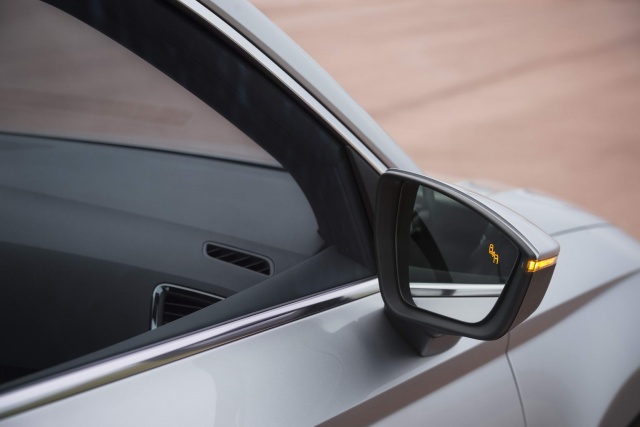 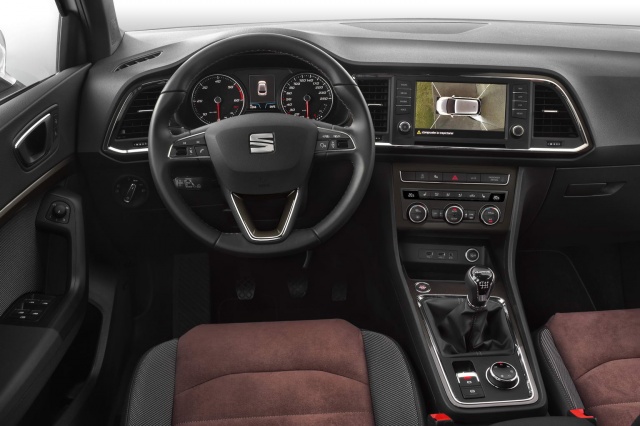 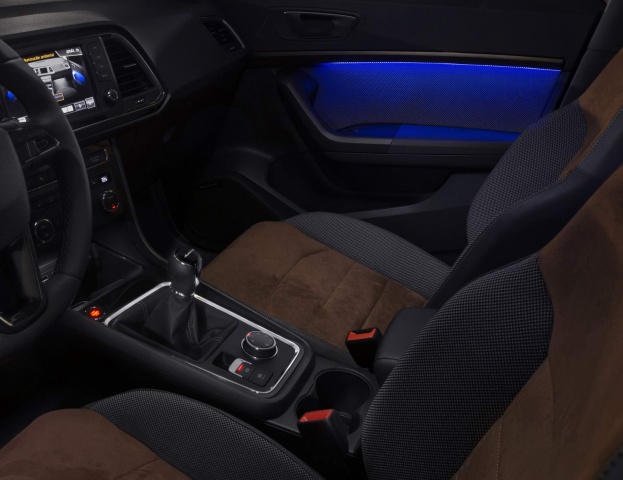 SEAT's talent for creating sharp looking cars that don't carry a premium price tag continues with the new Ateca crossover. While the unimaginative interior lets it down a tad, the company's first genuine SUV has a style that many rivals will envy, backed up by refined driving characteristics.

The SEAT Ateca fits into a size category that will appeal to a lot of buyers. Its similarity in size to the new Volkswagen Tiguan is no coincidence, as both models share much of their underpinnings. Where the SEAT surpasses its cousin is in the style stakes. SEAT has good form when it comes to creating sharp-looking cars, and the Ateca is one of its best examples yet.

Distinctive elements such as the headlights, bodywork creases and shoulder line all combine to make the Ateca stand out from the increasingly busy SUV market. Like the SEAT Leon, the Ateca features easily identifiable LED daytime running lights. These now neatly include the turn signal and flash amber when activated. The rest of the Ateca is an exercise in great design, with body panels that appear taut and sharp creases that go some way towards giving it a more upmarket look. Even the door handles have a quality feel to them.

As appealing as the exterior is, inside feels like a let-down. Almost entirely lifted from the SEAT Leon, the driver-focused dashboard and centre panel look dull and a tad dated now. Given how important this model is for SEAT we expected more. Aesthetics aside, the cabin does work well ergonomically, and the infotainment system is easy and intuitive to use. Rear passenger space is pretty decent too, especially regarding headroom, while the boot offers up 510 litres in front-wheel drive models - all-wheel drive Atecas get slightly less at 485 litres due to the additional transmission hardware. Folding down the rear seatbacks increases boot capacity to 1,604 litres - or 1,579 litres in the four-wheel drive versions.

SEAT is covering all bases on the engine front with the new Ateca, from an 115hp 1.0-litre TSI petrol option up to a 190hp 2.0-litre TDI diesel. There's front- and all-wheel drive too, as well as manual and DSG automatic transmissions. Hitting the sweet spot, and proving that diesel isn't everything, is the 1.4-litre TSI front-wheel drive variant reviewed here.

This version of the Ateca weighs in a 1,359kg, meaning that the 250Nm of torque produced by the engine ensures that it can get up to speed briskly. Power delivery is smooth and the quiet-running engine complements what is already a refined car on the move. Sound suppression is impressive too, even with the Ateca riding on 19-inch wheels.

It feels light as well, turning into corners easily, although there isn't much feedback through the steering wheel. You won't find any fancy adaptive damping suspension setups in the SEAT either; it sticks with independent MacPherson strut and coil springs up front and a semi-rigid rear axle with hydraulic shock absorbers all round. The ride is firm but the suspension smooths out most of the rough stuff on the road. Its chassis is well set up and feels closer to being a hatchback than a high-riding SUV through the corners.

With the front-wheel drive model, there are three different driving modes that can be selected on the move via a rotary controller on the centre console. In reality, there is a very little noticeable difference between the settings.

As we expected, SEAT is pitching the Ateca at a competitive price, with the range starting at less than €25,000. There will be three specification trims to choose from, though the SE and Xcellence models are the two worth considering. On the mid-level SE grade reviewed here, standard equipment includes 17-inch Dynamic alloy wheels, front fog lights, rear parking sensors, LED rear lights, cruise control, dual-zone climate control and black plastic moulding around the wheel arches.

The SEAT Ateca might be late joining the SUV race, but with plenty of style and storage space inside it makes a strong case for itself. It impresses on the road, and the 1.4-litre TSI petrol engine is a real alternative to the obvious diesel choice, making it something for buyers who do less mileage should consider.

Nissan Qashqai review
Nissan Qashqai vs. SEAT Ateca 1.4 TSI: the car that made the segment, now being surpassed by better rivals.