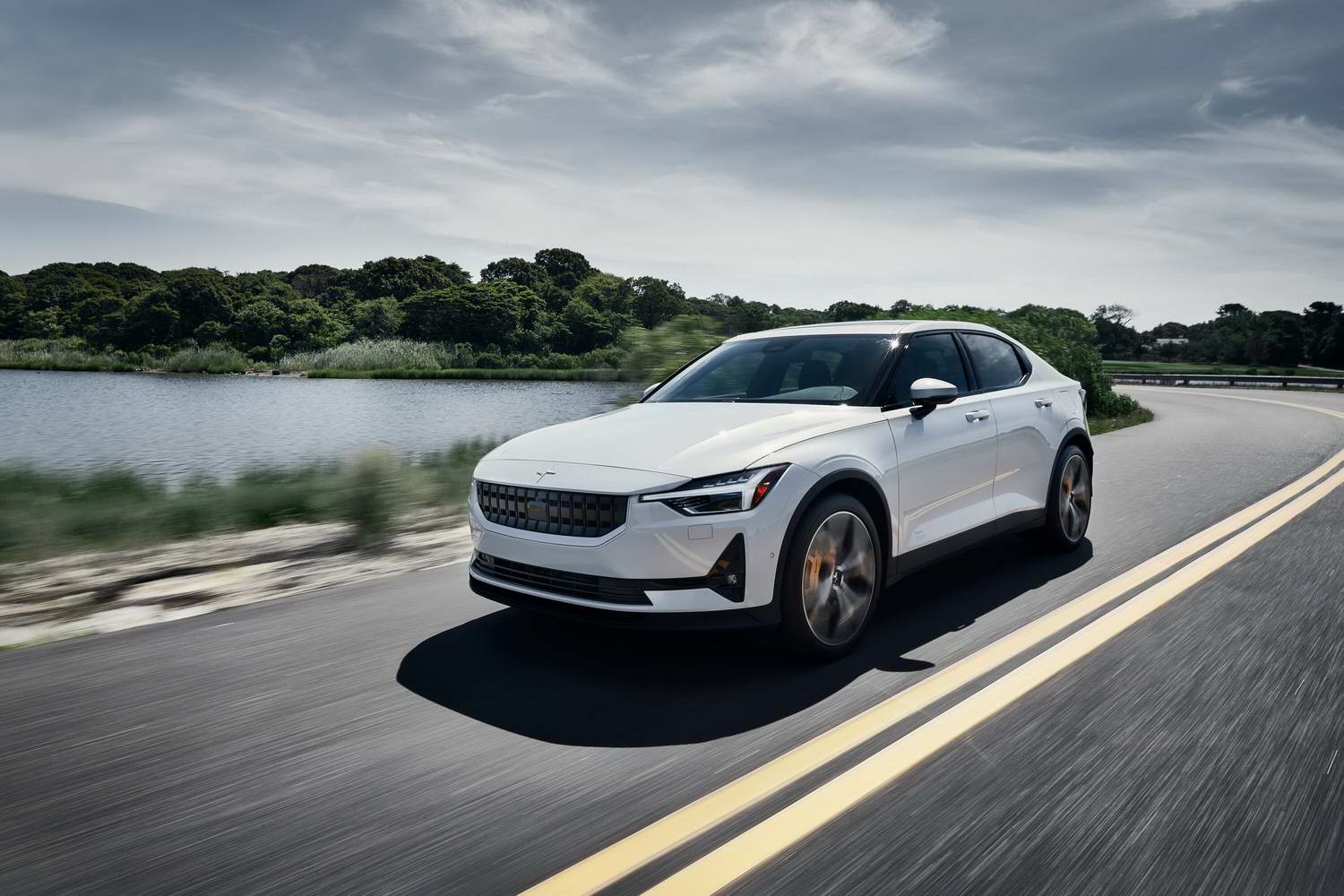 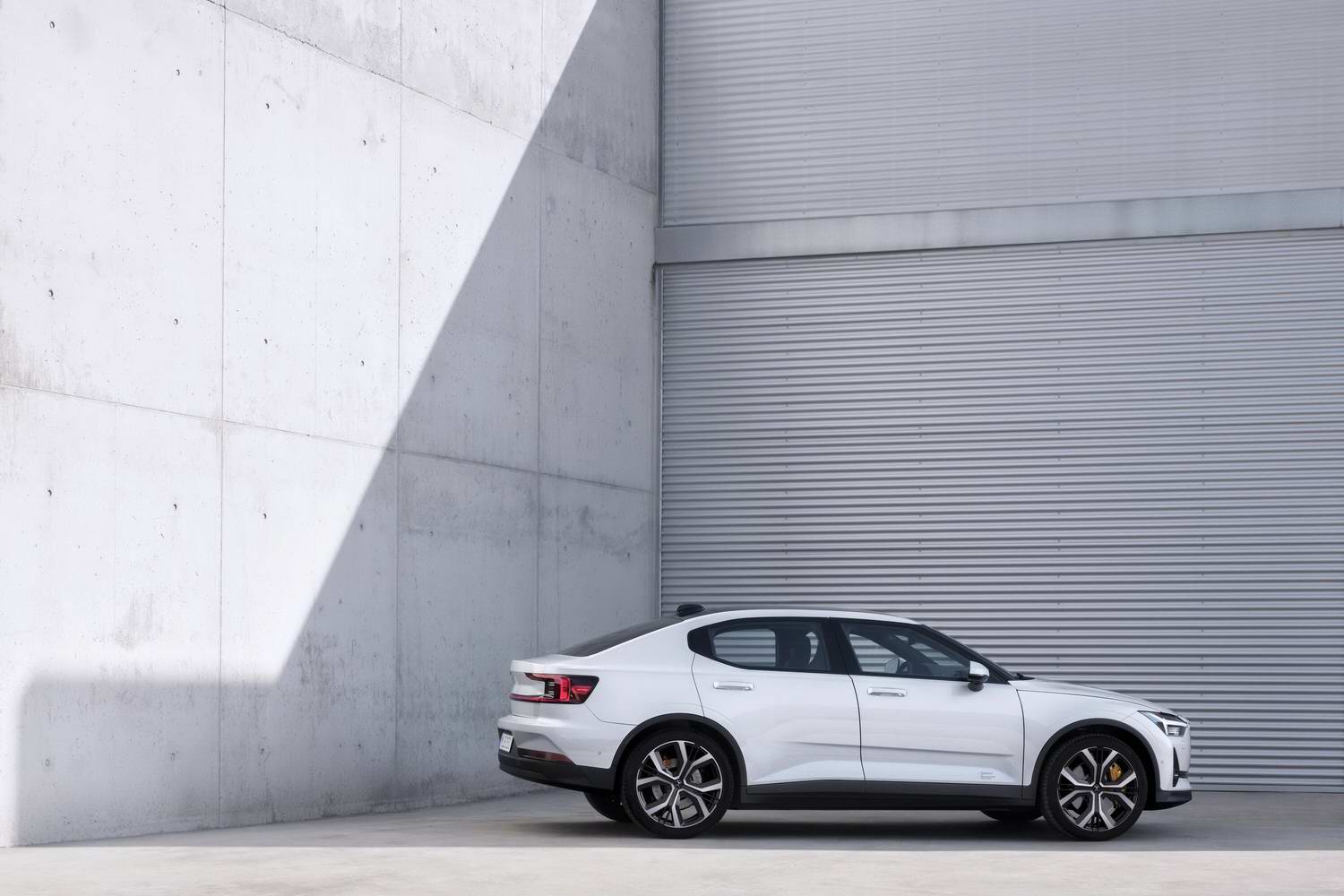 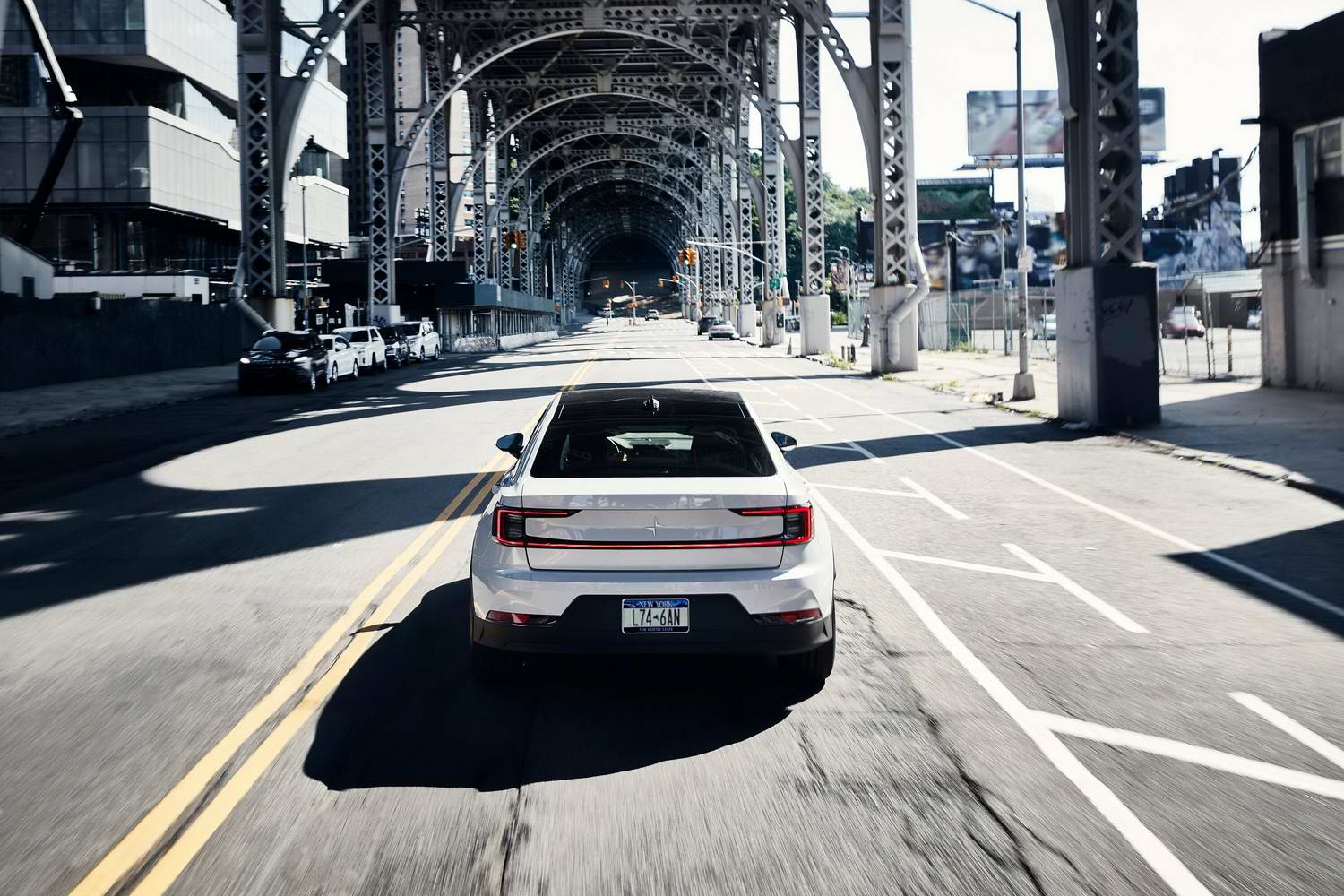 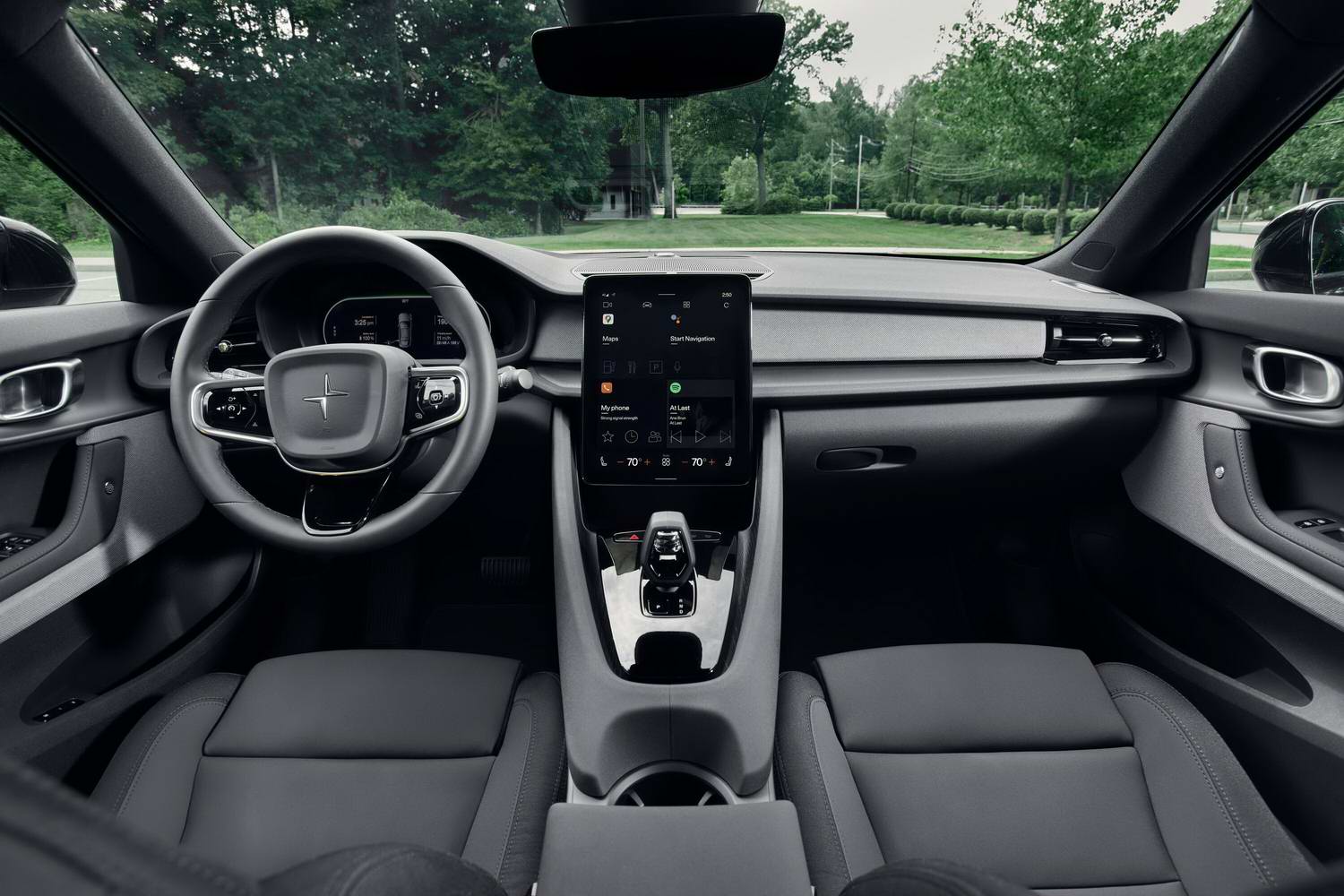 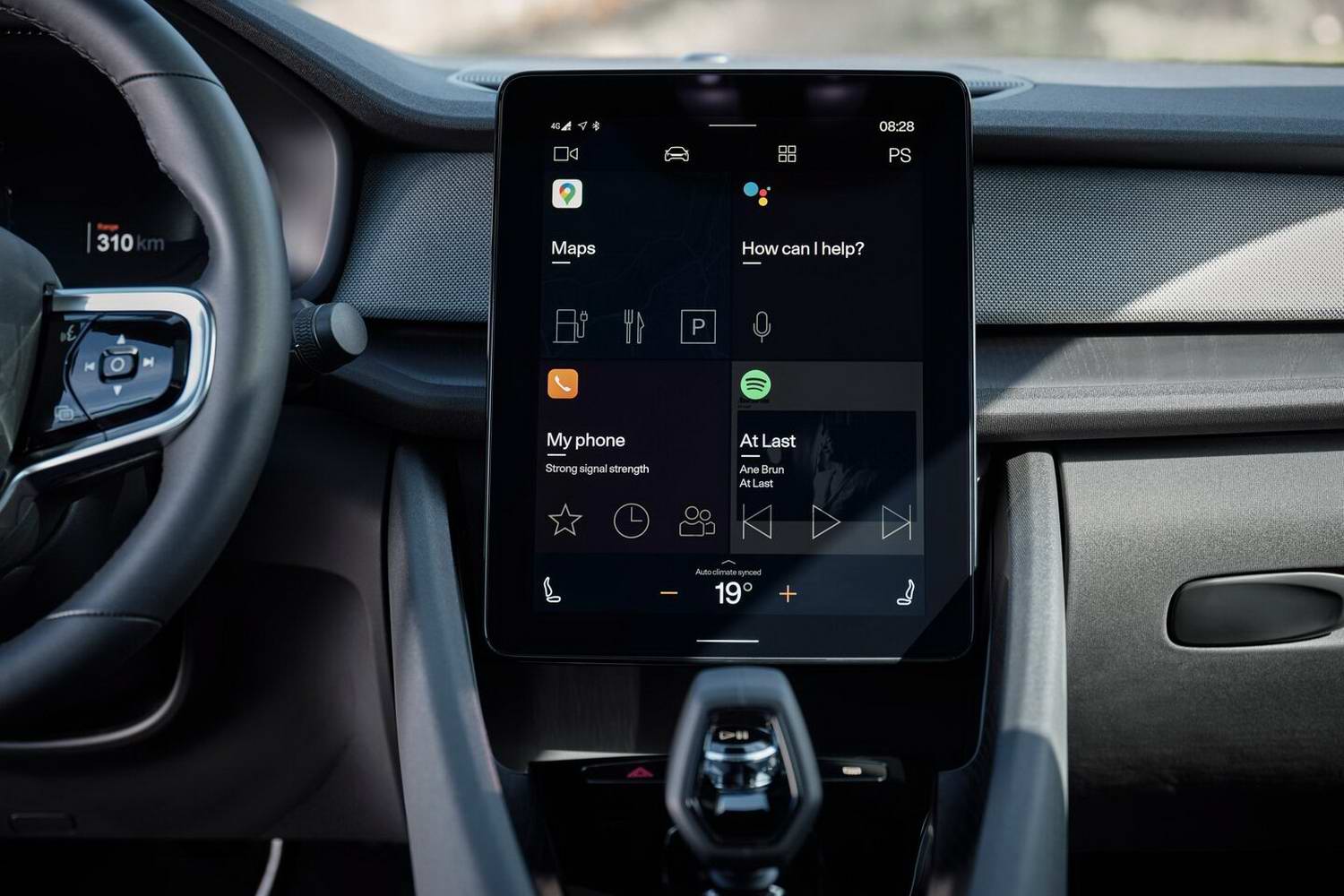 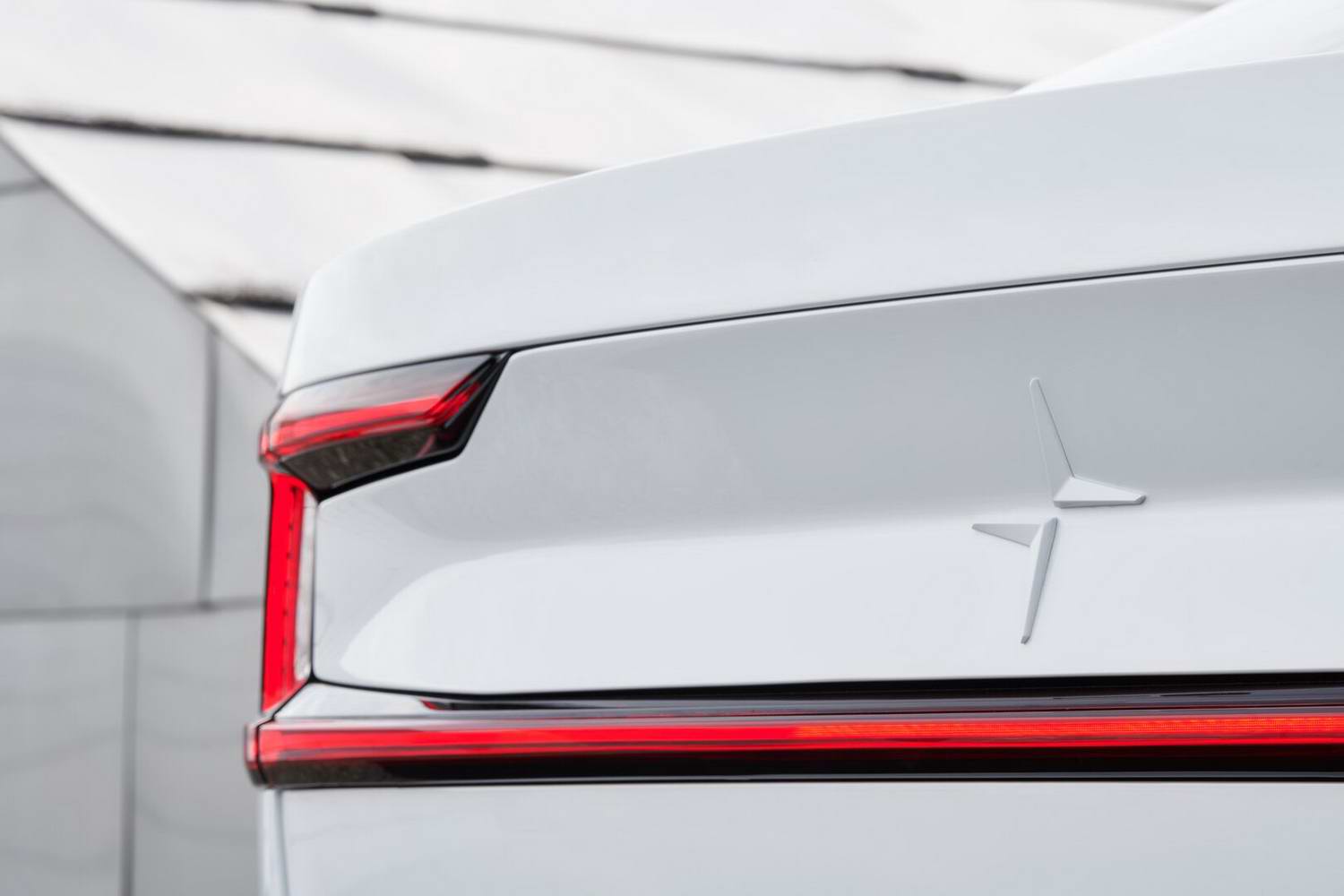 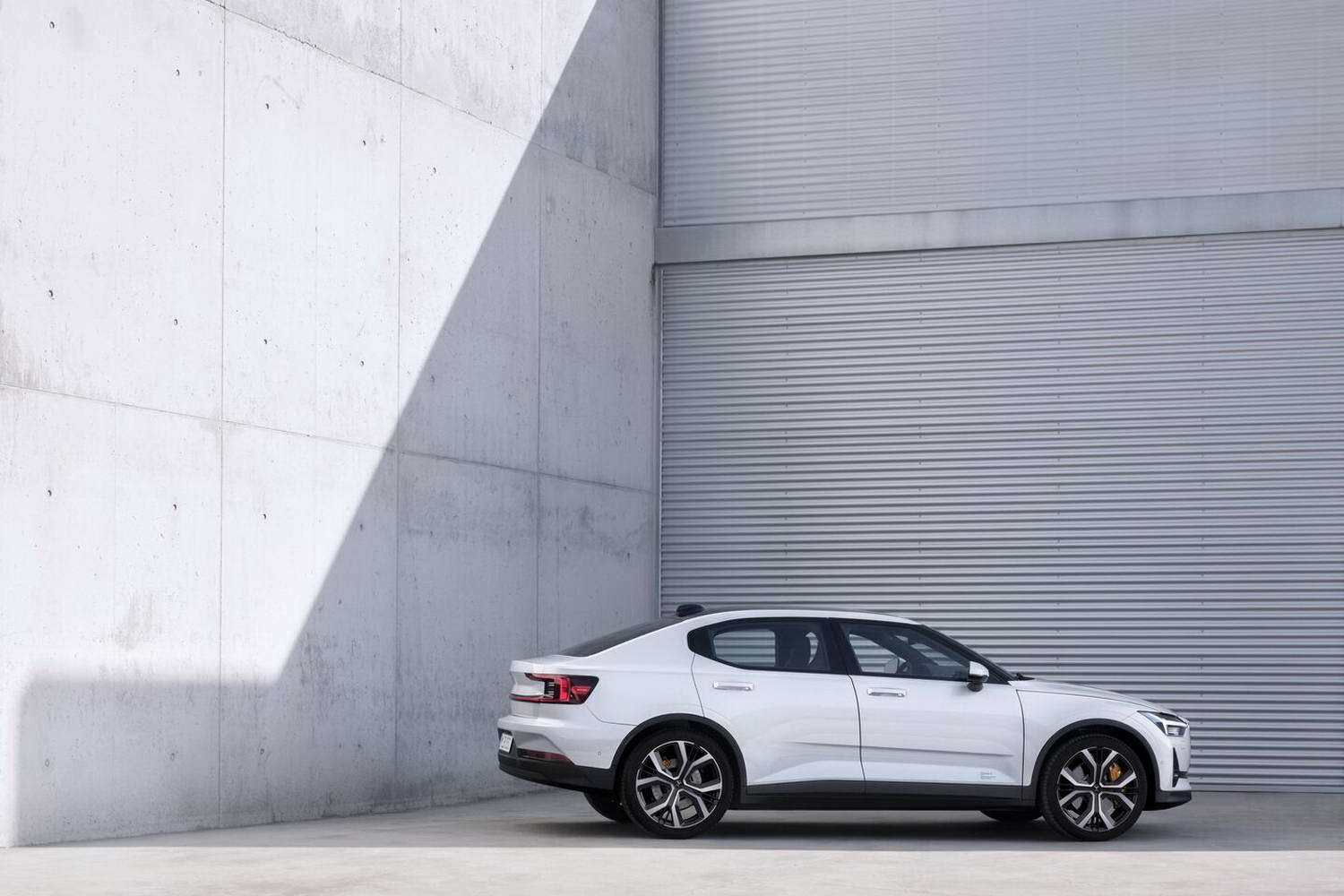 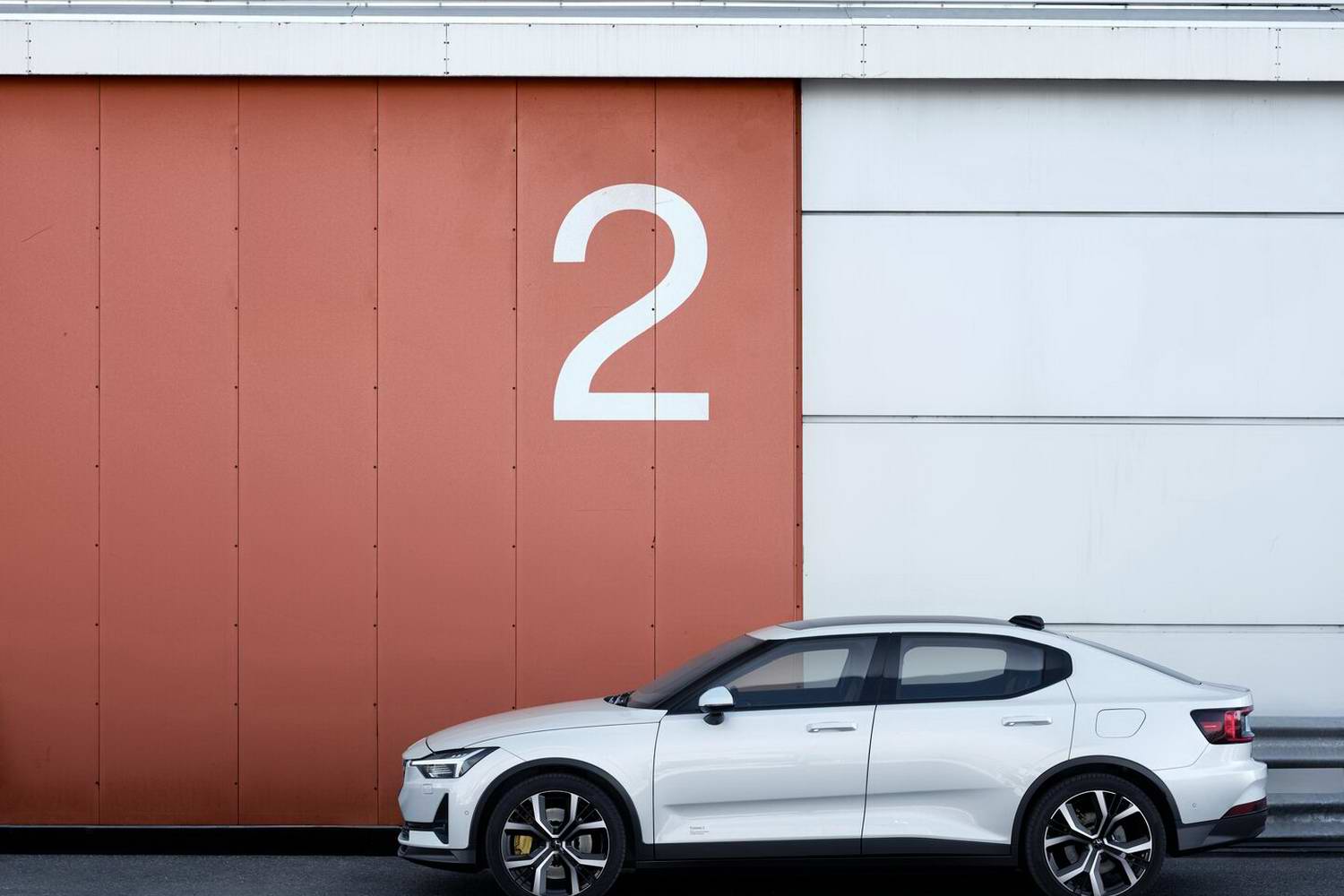 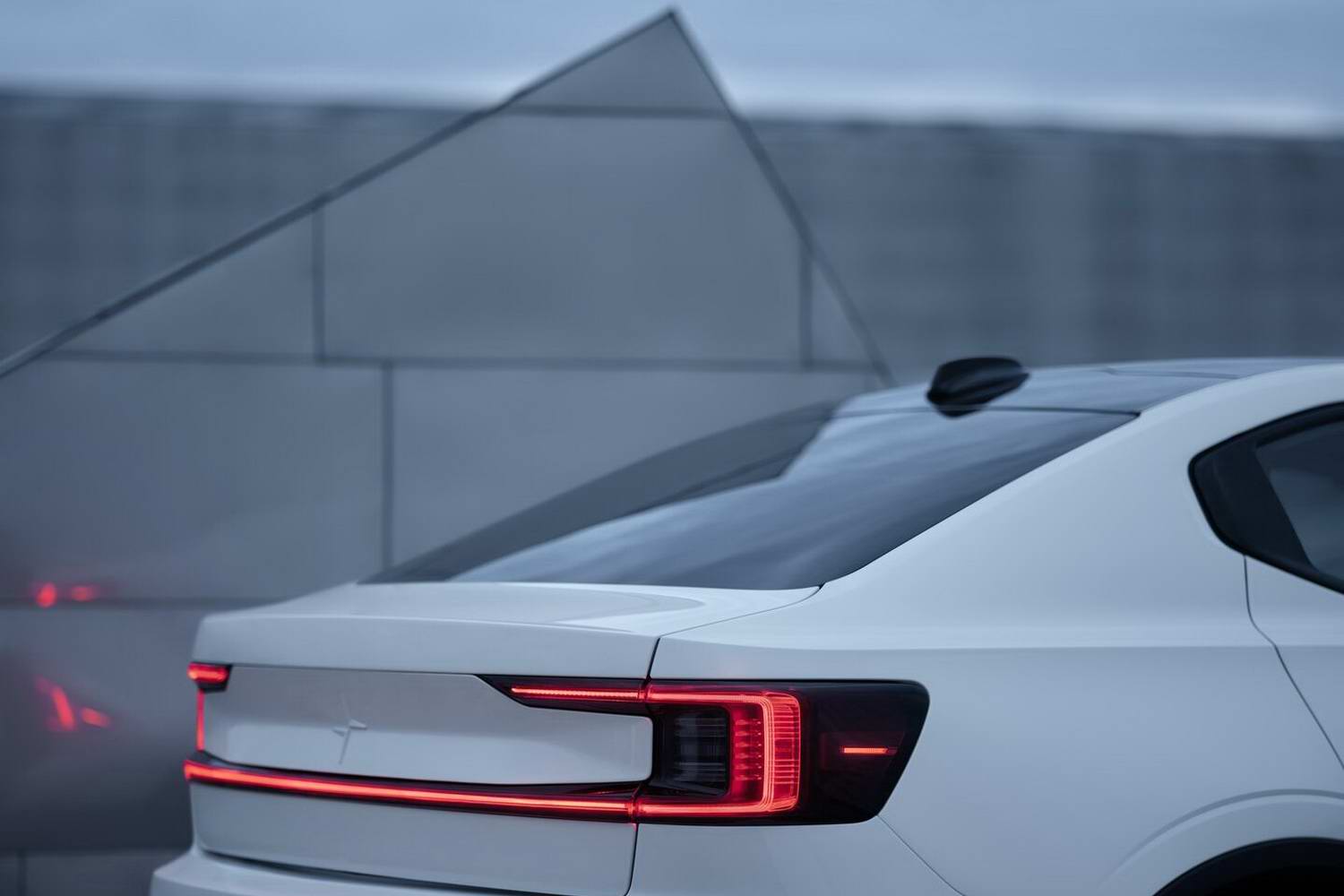 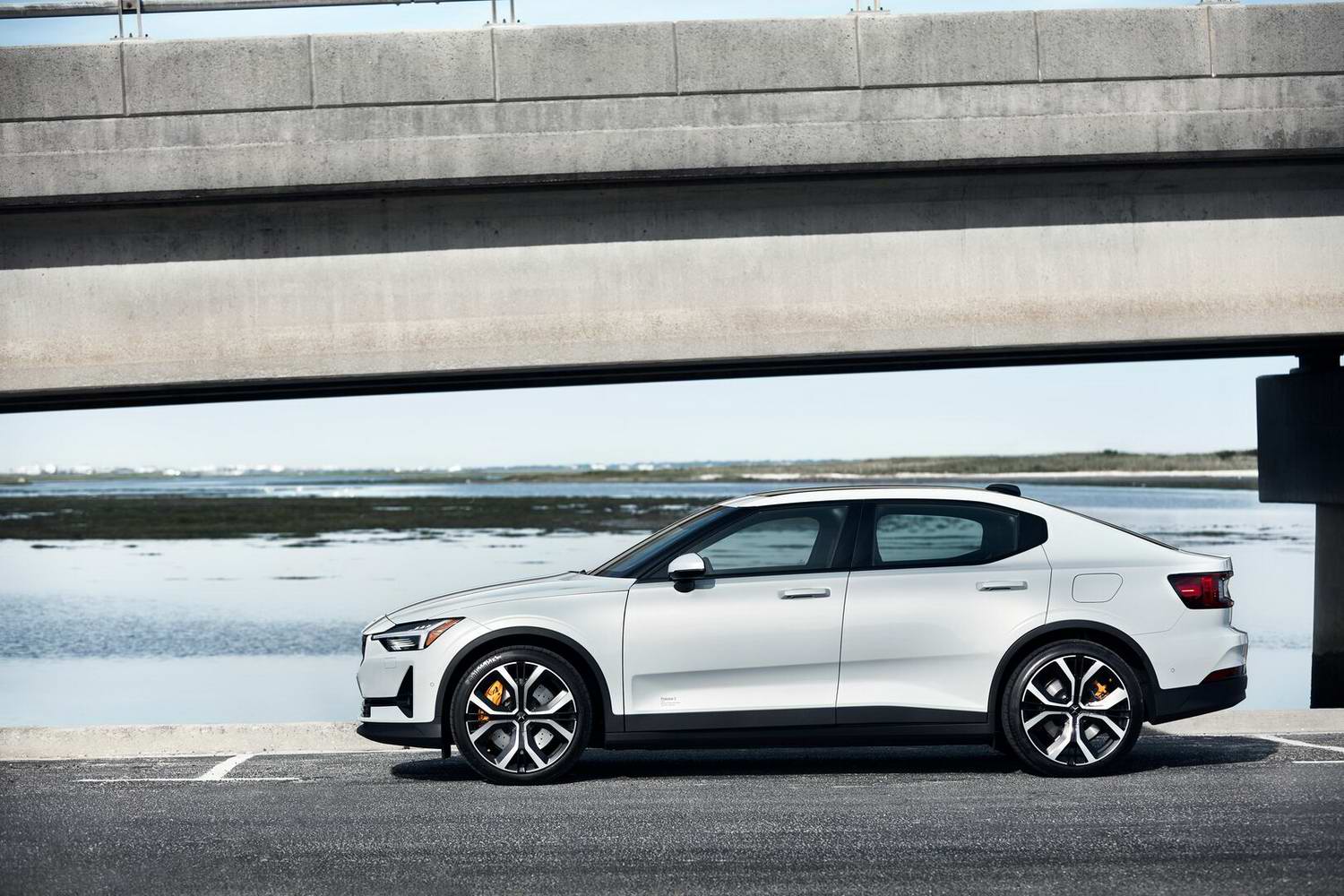 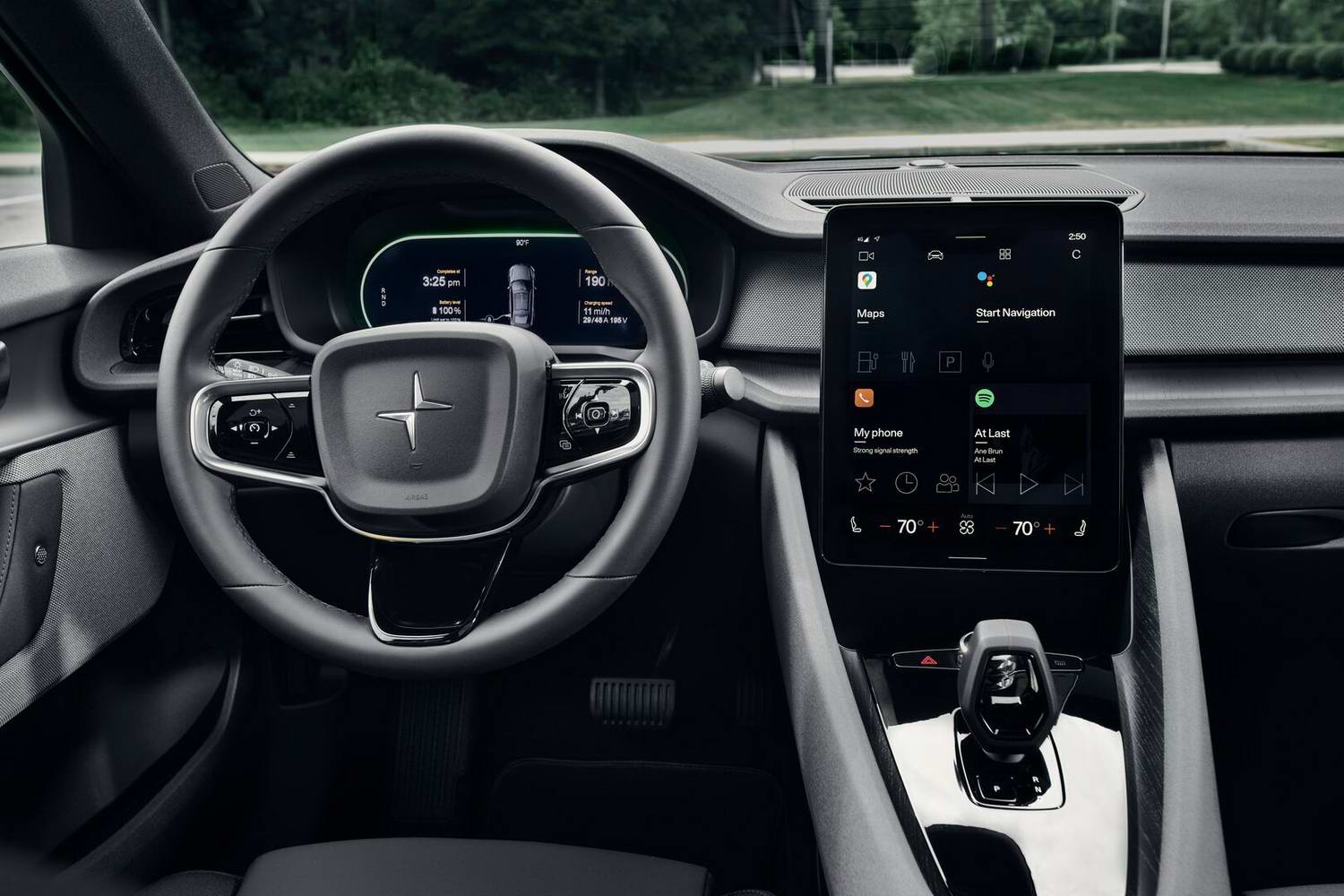 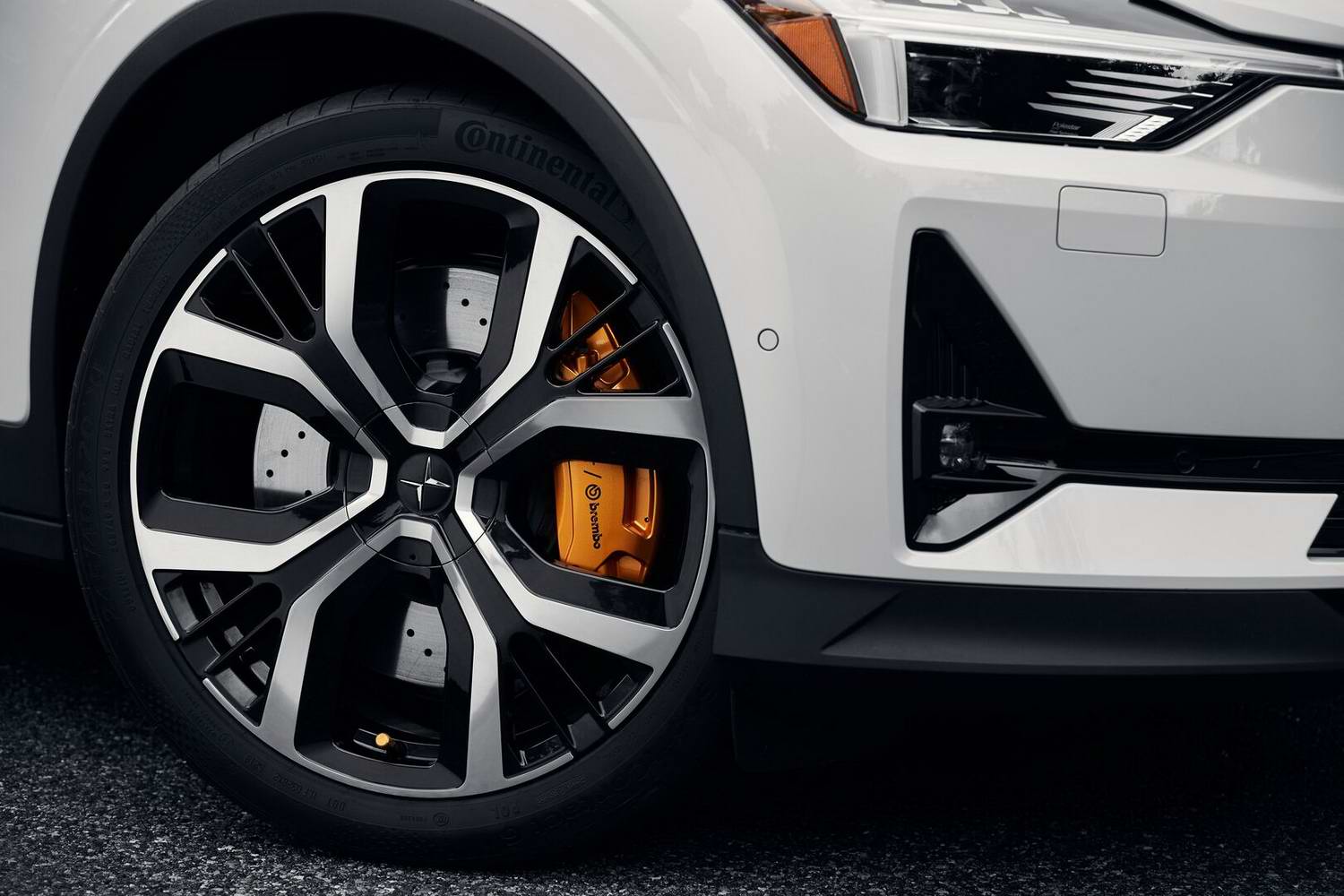 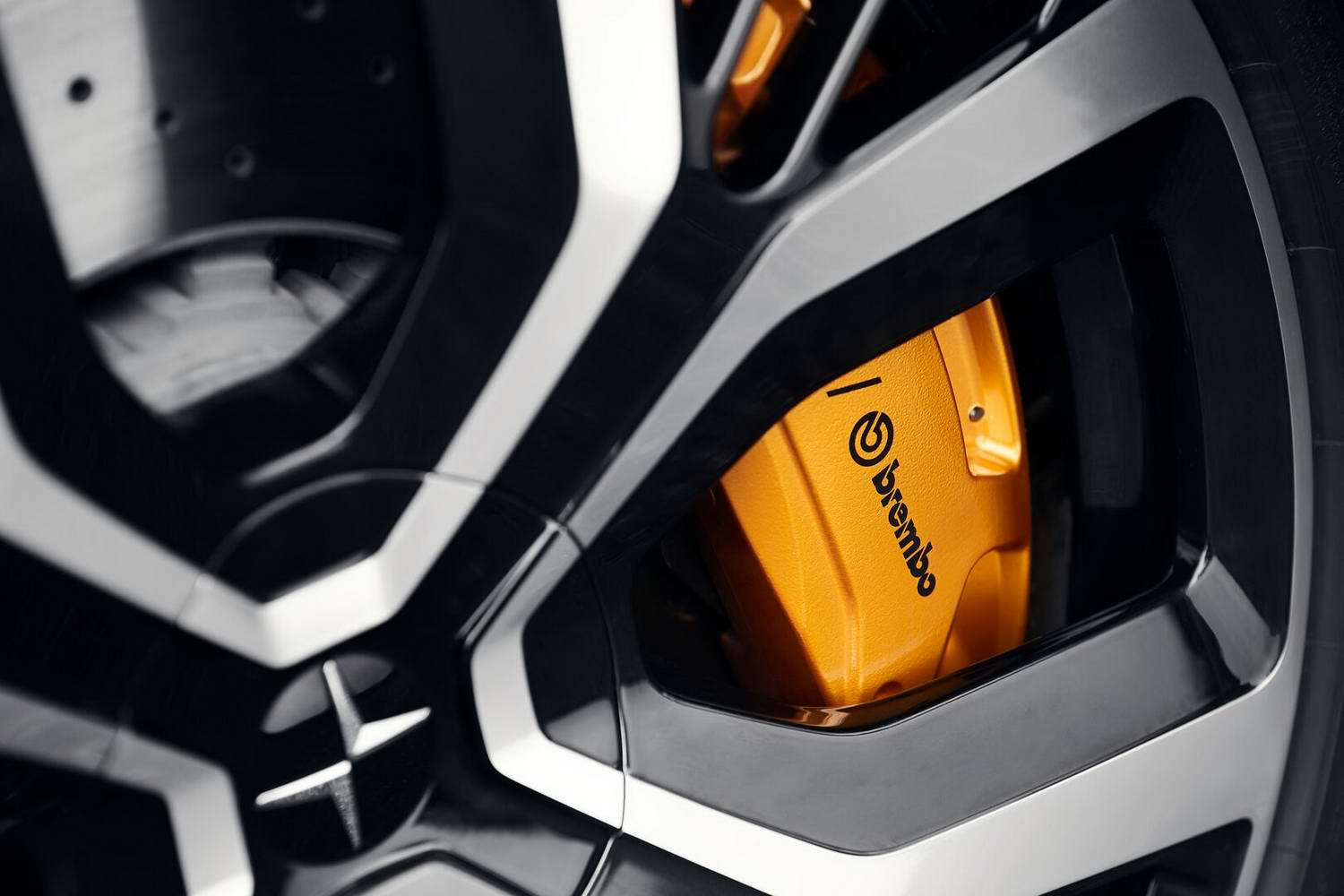 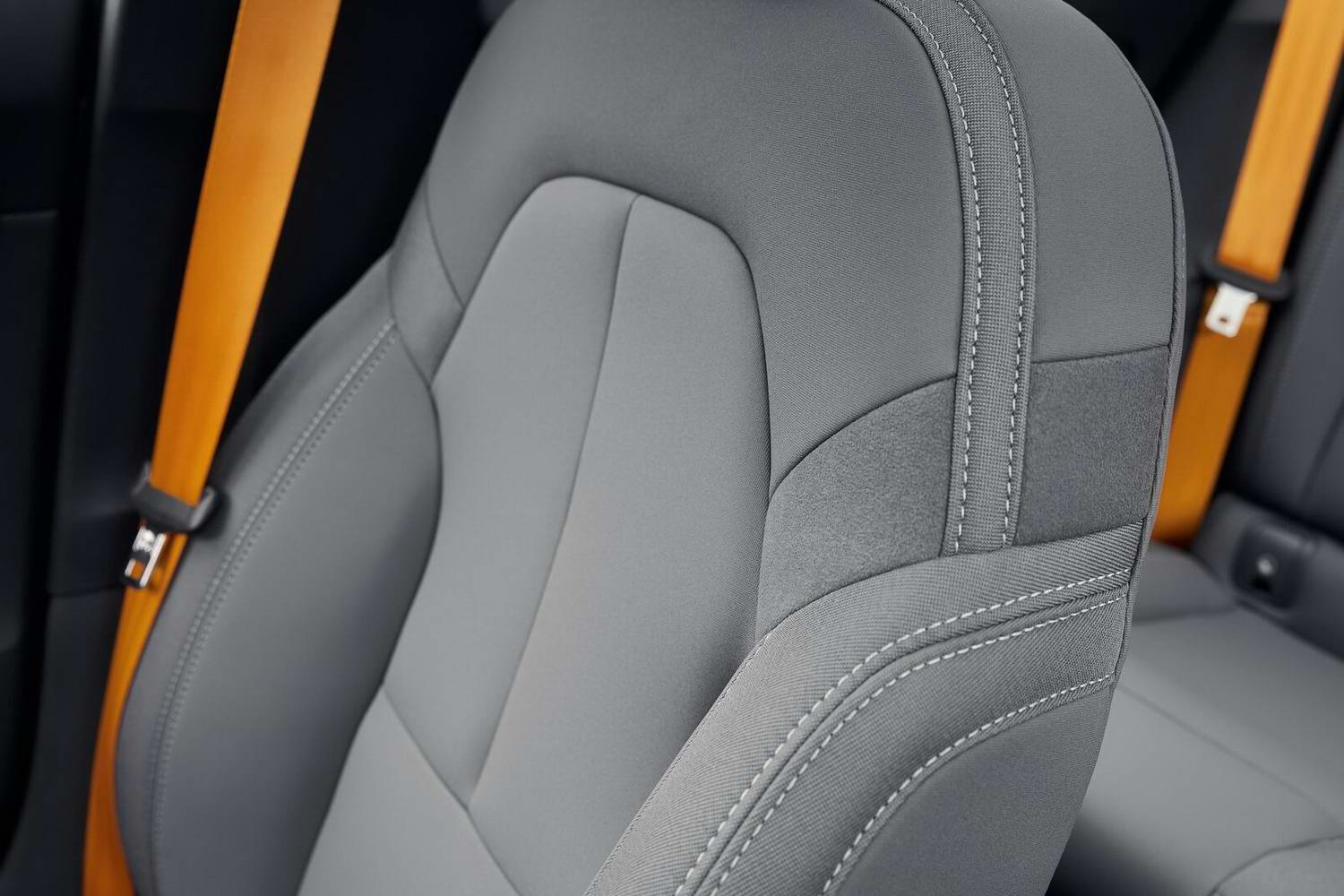 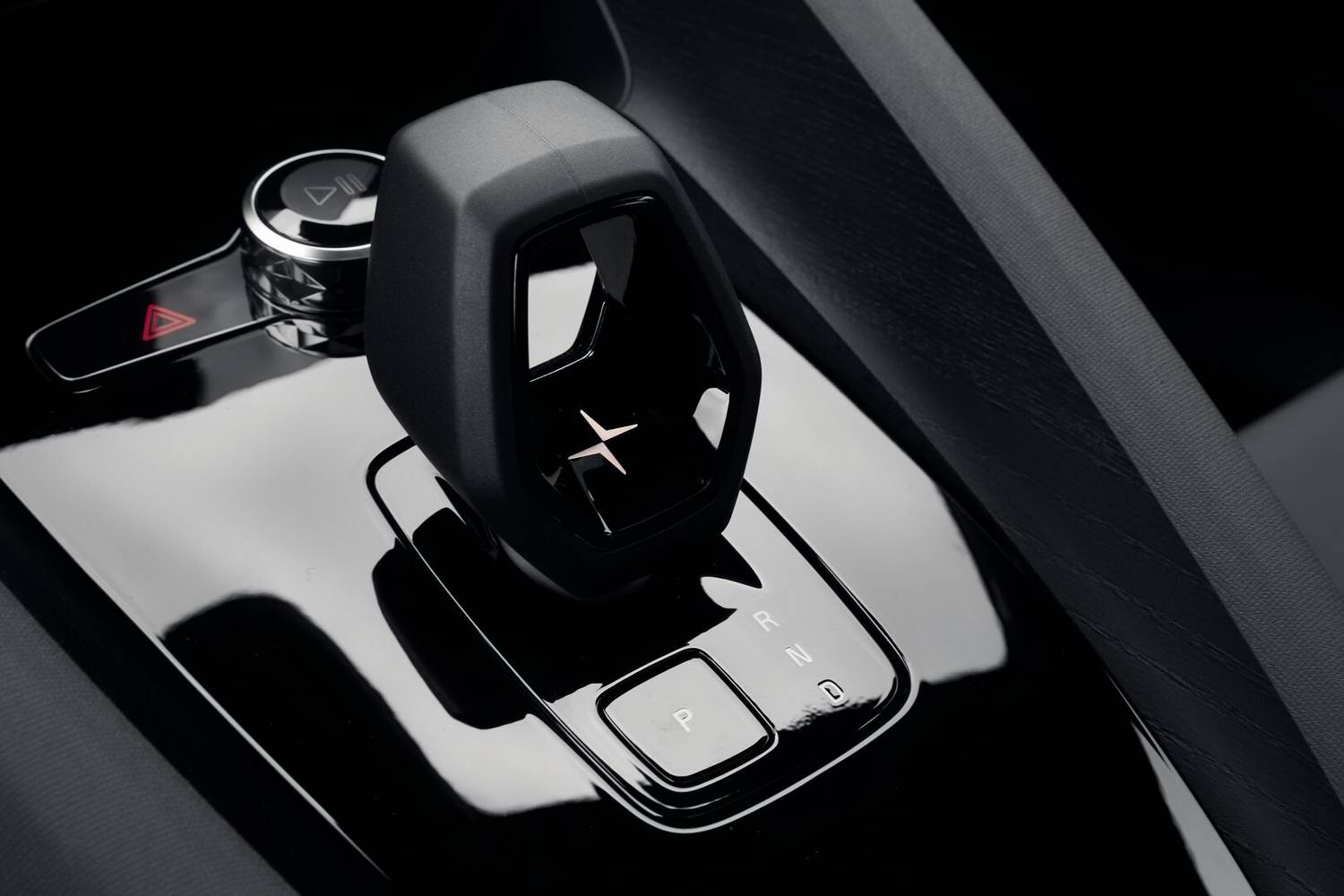 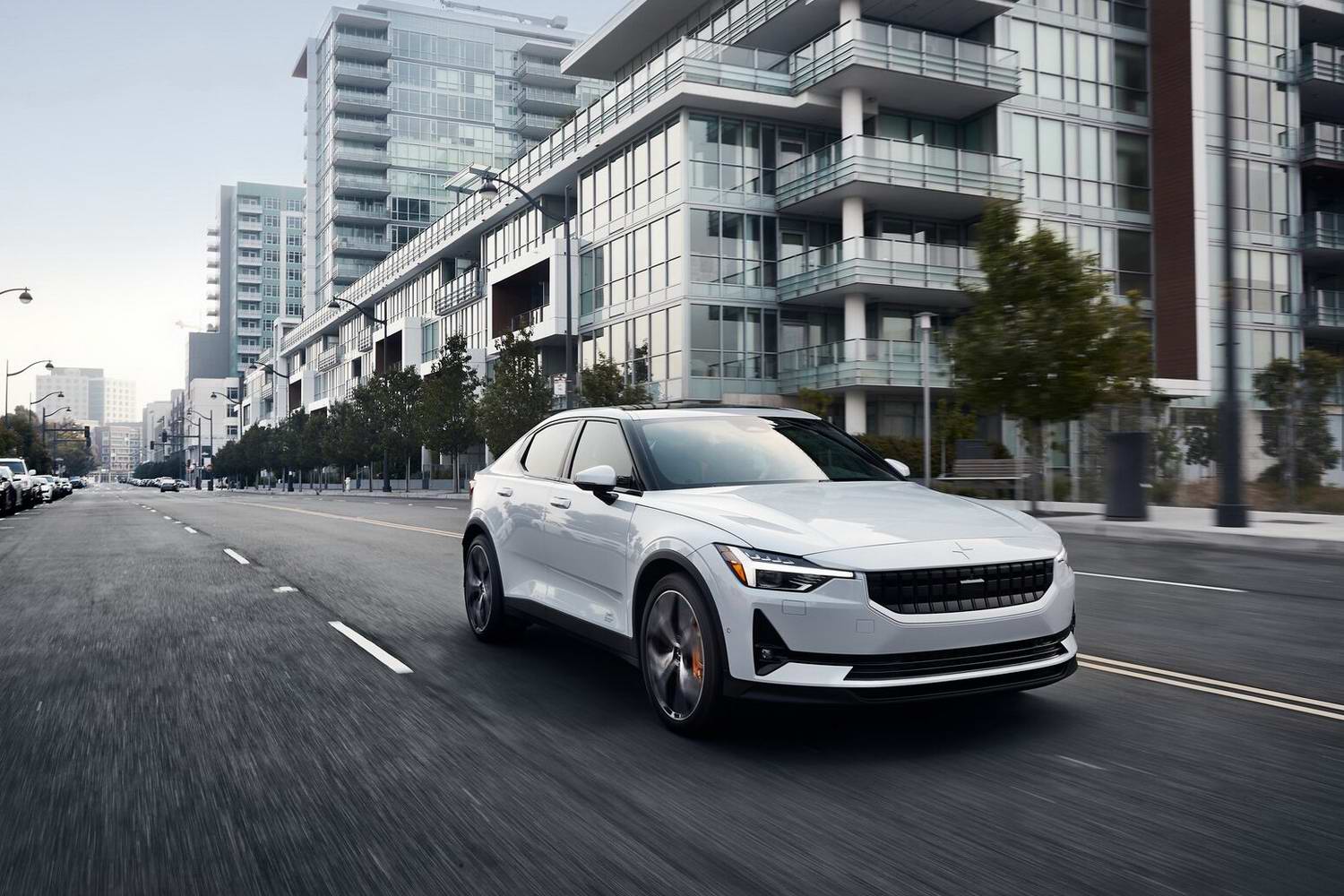 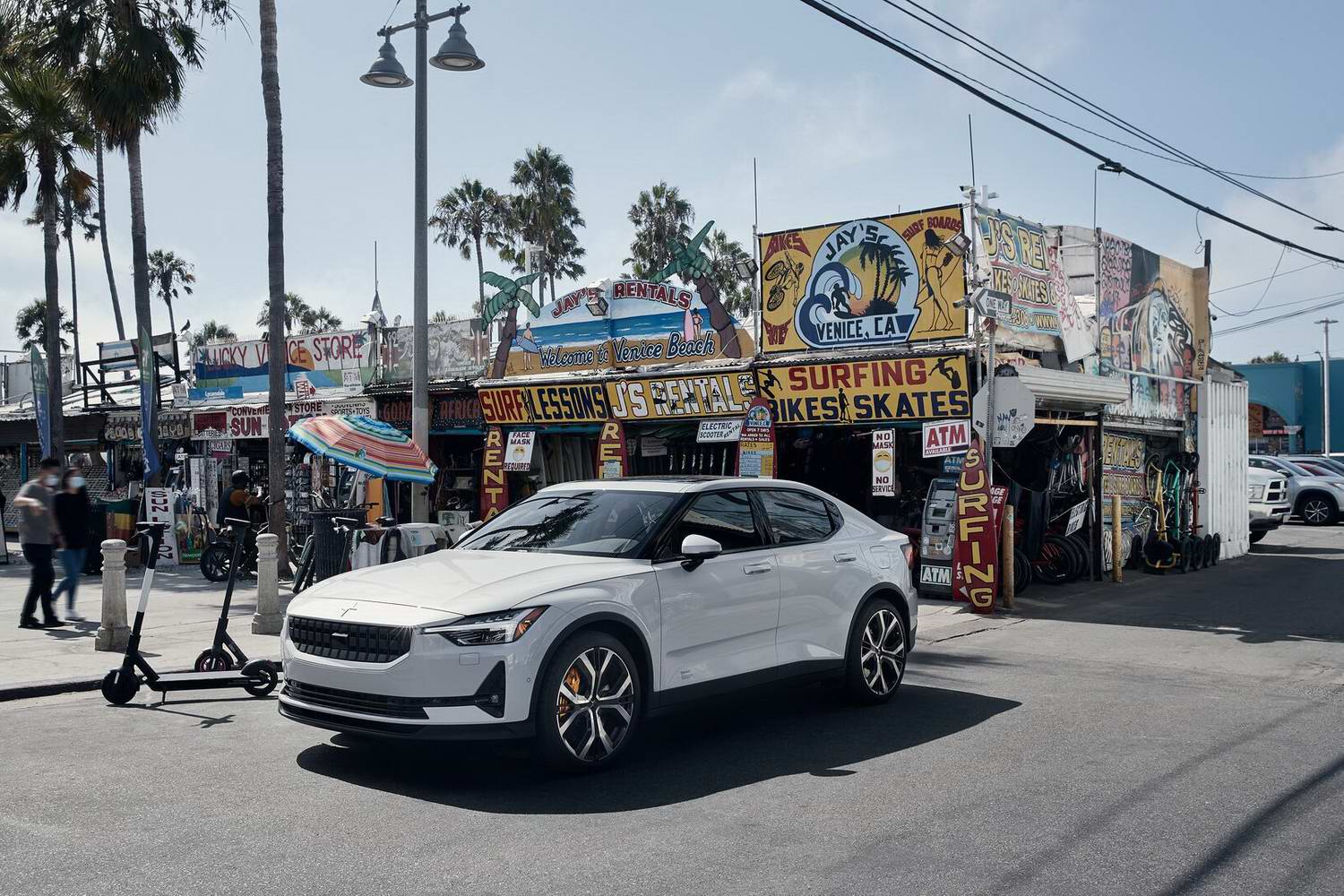 Forget about the Polestar 1 because the '2' is the most important model for Polestar, its first EV.

Here we go, then - this is the European car to wipe the smug smile off the faces of the Teslarati. It's the Polestar 2 and, despite it coming in the wake of its show-stopping Polestar 1 sibling, the 2 is far more representative of what this Sino-Swedish marque will be going forward. It is also, rather wonderfully, a thoroughly brilliant electric vehicle.

In one fell swoop both obviously a Volvo and obviously not a Volvo, the Polestar 2 looks terrific. It's a solid-hewn, clean-shouldered machine with a rakish roofline, coolly unfussy detailing and some fabulous design flourishes, like the upside-down-bow that is the rear light detail. It's a large machine, almost 4.6 metres long, 1.9 metres wide and nearly 1.5 metres tall, but it's not an SUV - this, despite the fact it actually sits on the same underpinnings as sister company Volvo's XC40 crossover.

Those with keen eyes might spot yellowy brake callipers and that's a sign that the Performance Pack has been fitted. This brings in the Swedish Gold detailing for the brakes, as well as the same finish for the seatbelts inside, but it also adds Brembo brake discs and Öhlins adjustable dampers. Those shocks are not switchable in the car, however, requiring the removal of the rear wheel-arch liners if you're going to adjust all four of them, and as standard from the factory they come in a rather firm-edged setting of '8 out of 22'. We'll come back to this point later on.

Inside, it's glorious. OK, bizarrely - despite the fact there's no drive shaft between the front axle and the rear - there's a large transmission tunnel running the length of the cabin, which renders the Polestar 2 more of a four-seater than a five, but it's nevertheless spacious and accommodating onboard, and the gorgeous minimalistic theme continues. The Volvo steering wheel is obvious, despite the adoption of Polestar's double-chevron logo, but as it's a quality item there's no problem with it being present here. However, unlike the Polestar 1, which borrowed heavily from its Scandinavian parent company for dash architecture and infotainment, the 2 goes its own way. Chief weapon in its armoury is a Tesla-like portrait touchscreen dominating the centre of the dash. This measures 11 inches across the diagonal and it is powered by a Google OS, so it works fantastically well. So too does the Polestar-specific digital instrument cluster, with more Swedish Gold graphics and its own crystal-clear displays. Everything looks magnificent, everything works intuitively, everything feels so much more sumptuous and better bolted-together than the interior of a Tesla. First blood to Polestar, then.

Before you even begin moving, the Polestar 2 is intent on making life easy for you. Its key is a little flimsy and cheapskate, if we're honest, but once you've stashed it safely out of sight in your pocket then you have the absolute definition of 'keyless entry and go'. The hefty-feeling, stolid doors always respond to your touch and open smoothly, and once you sit in the driver's seat, put your belt on and engage 'D' with the fabulous hoop-shaped selector on the transmission tunnel, the 2 is ready to go - there is no start/stop button to press here. It's effortless and delightful in equal measure.

Once rolling, it is all the things a premium electric vehicle should be: quiet, dignified, light of touch and supremely easy to place on the road. At 2,123kg, the Polestar 2 is no lightweight but, with a pair of 150kW motors, one mounted on each axle, its powertrain ensures that mass can be powered down the road with a serene yet insistent alacrity. Press the accelerator pedal down firmly and the Polestar 2 can snap your head back into the seat's restraint, with acceleration not letting up noticeably at all as you pass 100km/h and head towards faster motorway speeds.

There's also minimal road or wind noise to report, the frameless door mirrors being an eye-catching aesthetic detail that help notably on the refinement score, and the high-speed ride is excellent - tautly controlled, firm but fair, and with suspension that's near-silent in operation. Sadly, around town and on rumpled country roads, the lower-speed damping is not nearly as forgiving. Yes, we know you can adjust the Öhlins shock absorbers, but it's not the work of a moment and it might be too technical/grubby a job for many owners, so maybe - if you can bear having a Polestar 2 without various Swedish Gold highlights - you'd be better off without the Performance Pack.

On the flip side, those dampers do a great job of disguising the bulk of the Polestar 2 with close-to-utterly-flat body control during faster cornering, while the all-wheel-drive system provides all the traction you could ever need. Nice steering, too, clear and accurate, if maybe a little artificial in feel at times. Perhaps the Polestar's greatest trick, though, is its two-stage regenerative braking. There are actually three settings for this, the first being 'Off' - so there is no regen and the car just coasts until the twin effects of rolling and air resistance bring it to a halt. Step it up to 'Low' and you can drive the car smoothly on the throttle alone, but with the regen in 'Standard', the braking effect is significantly pronounced. Take your loafer off the right-hand pedal and it feels as if an invisible foot has stamped on the brakes instead. It takes a little time to reattune to this but, once you do, there's a certain fun in trying to judge the 'braking' points for corners, junctions, roundabouts and traffic lights as you motor along.

Overall, though, apart from the sometimes-gritty low-speed comportment, the Polestar 2 is comprehensively superb to drive in all manner of traffic situations, and it's an EV that is pretty composed and capable if you start throwing it about on a quiet back road. We heartily approve.

Sadly, we cannot mark this section yet, as the Polestar 2 isn't confirmed for sale in Ireland. If it did come to our shores, though, it is highly likely the 300kW twin-motor AWD model tested here would start at around €65,000, with the Performance Pack adding another €5,500 or so to that figure. That puts it right on a par with the most potent Tesla Model 3, and Polestar is also saying that less powerful, longer range versions with AWD and an even-cheaper-still two-wheel-drive variant of the 2 will be on the way next (also matching the Model 3's line-up). Here's hoping that Polestar sees sense and begins selling this exceptional EV over here sooner rather than later.

Two negative points need to be mentioned when summing up the Polestar 2 and they are these: one, the ride is too harsh at city speeds; and two, it's not available here as at the time of writing. The former is easy to swerve, by simply not ticking the 'Performance Pack' box at ordering time. The latter is a little trickier - until Polestar confirms a presence in Ireland, EV fans are just going to have to keep buying Tesla Model 3s. Thing is, though, we wish this wasn't the case, because the Polestar 2 is comfortably one of the finest electric cars we've ever tried, at any price point. Come on, Polestar: come to Ireland. You'll like it here, promise... 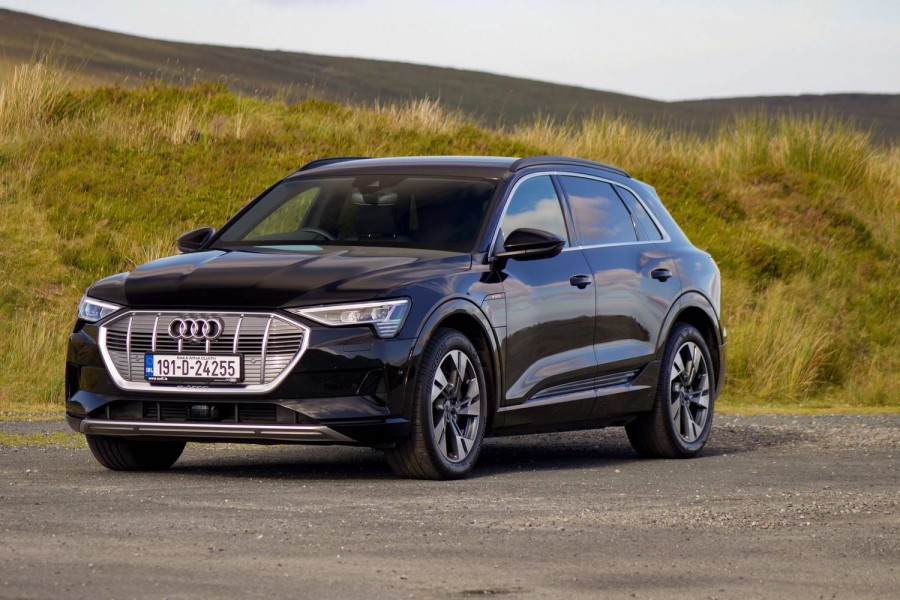 Audi e-tron 55 quattro SUV (2019) review
Audi e-tron vs. Polestar 2 Performance Pack (2020): the Audi's considerably more expensive than the Polestar 2 but it doesn't feel any grander inside and the outside isn't as pretty. Also, it only has a 400km range.

Tesla Model 3 Performance (2020) review
Tesla Model 3 vs. Polestar 2 Performance Pack (2020): the direct rival. Strange 'squashed-frog' exterior styling and so-so interior are not a patch on the Polestar, but it is faster, does have more range... and you can actually buy it here, right now.