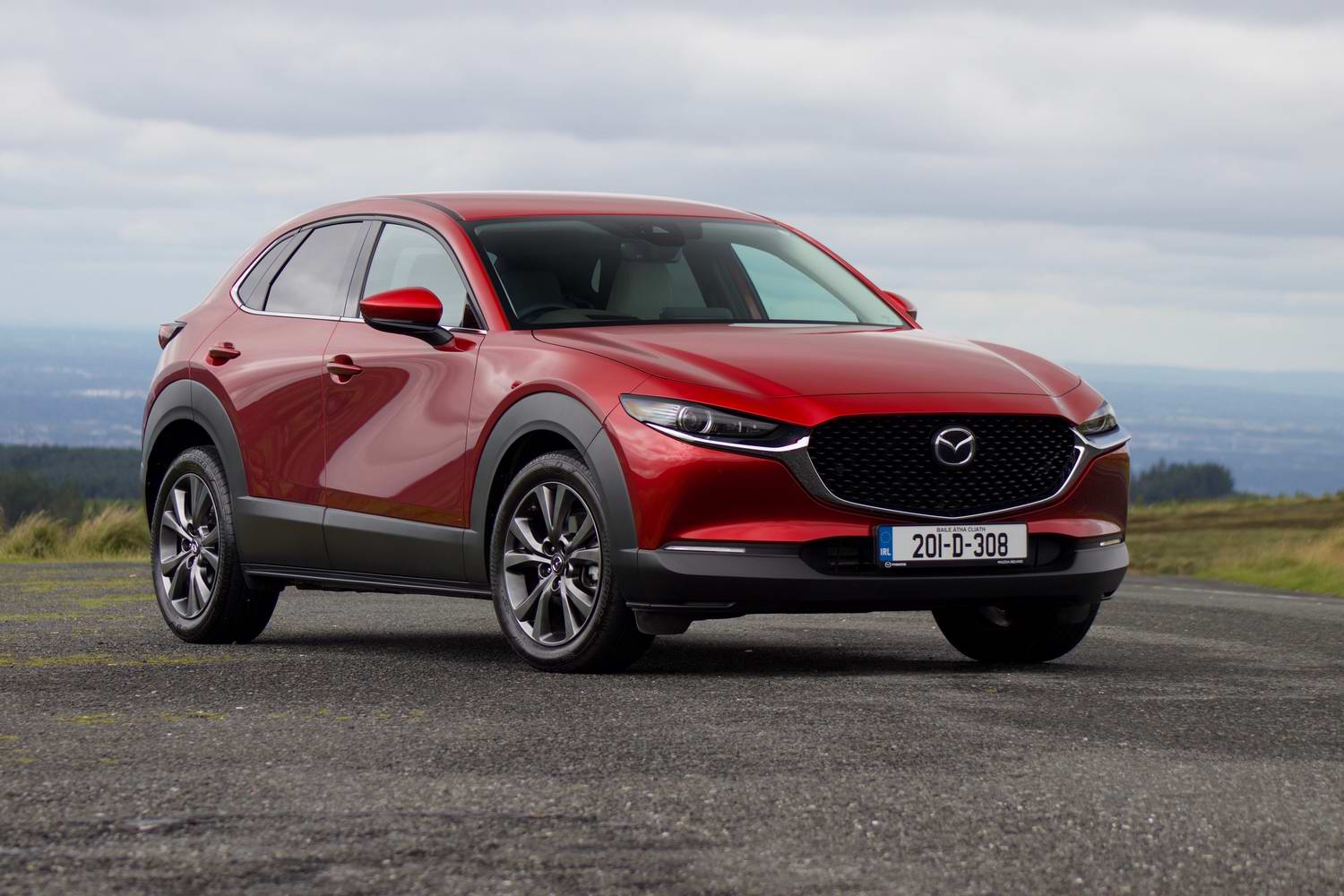 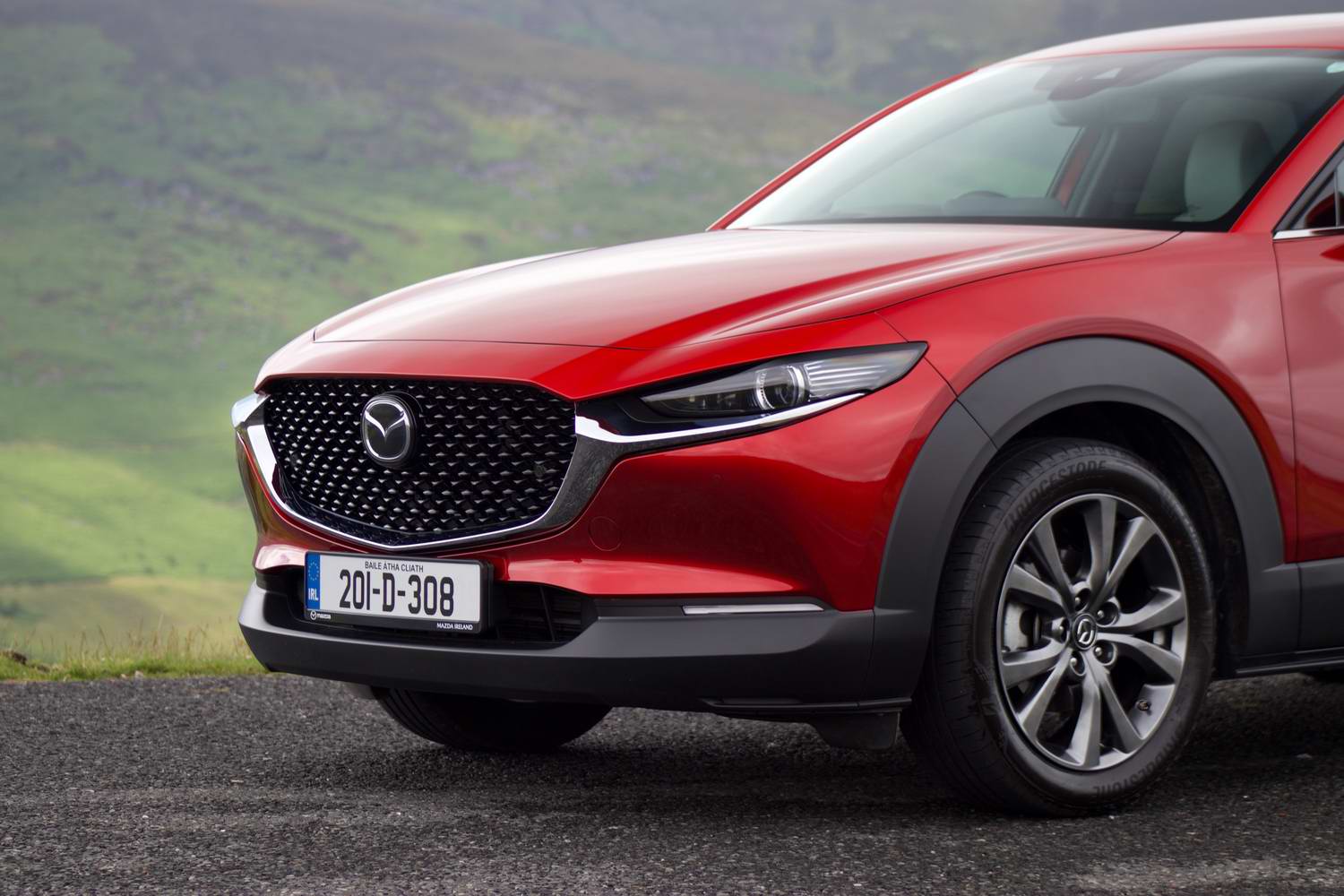 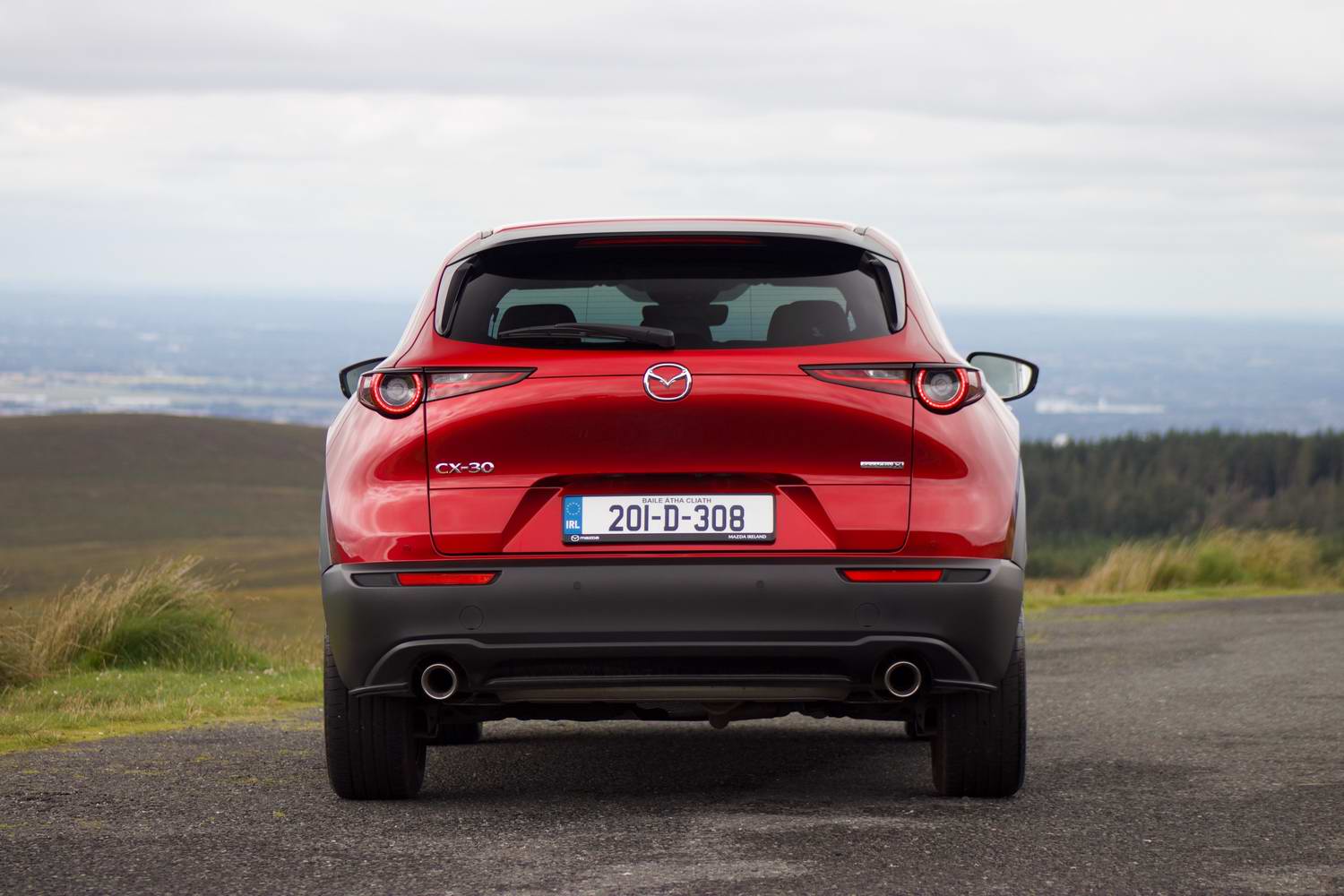 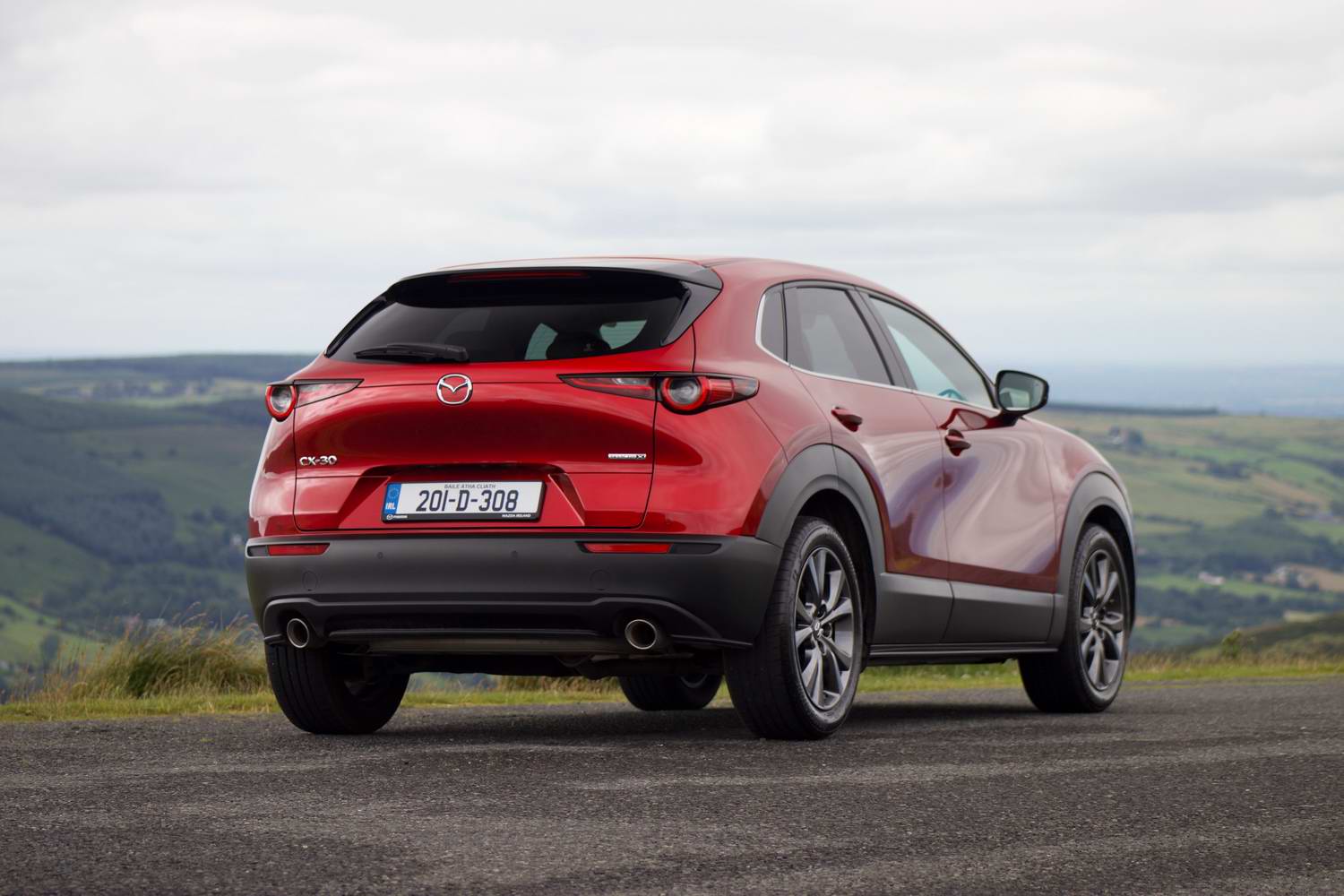 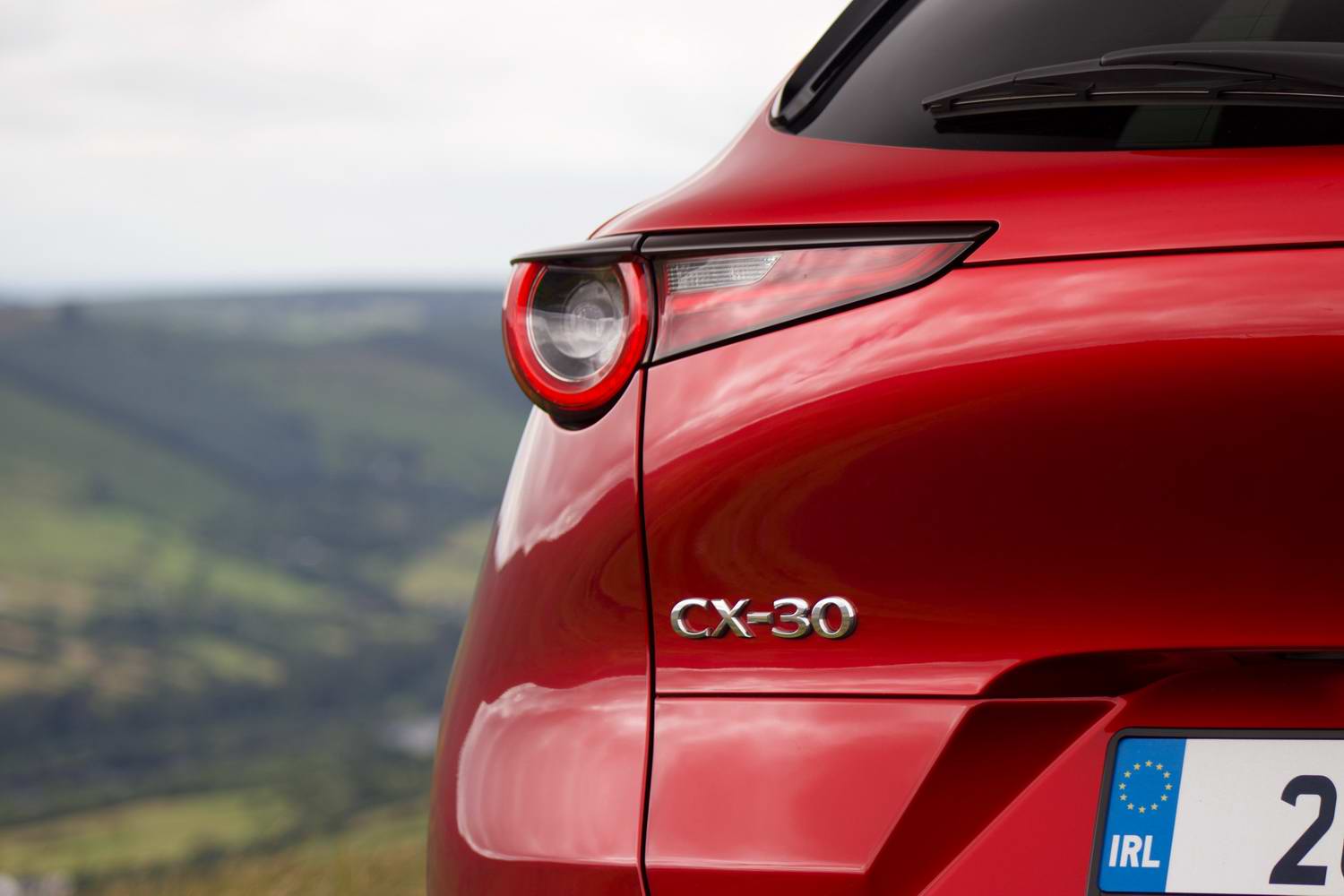 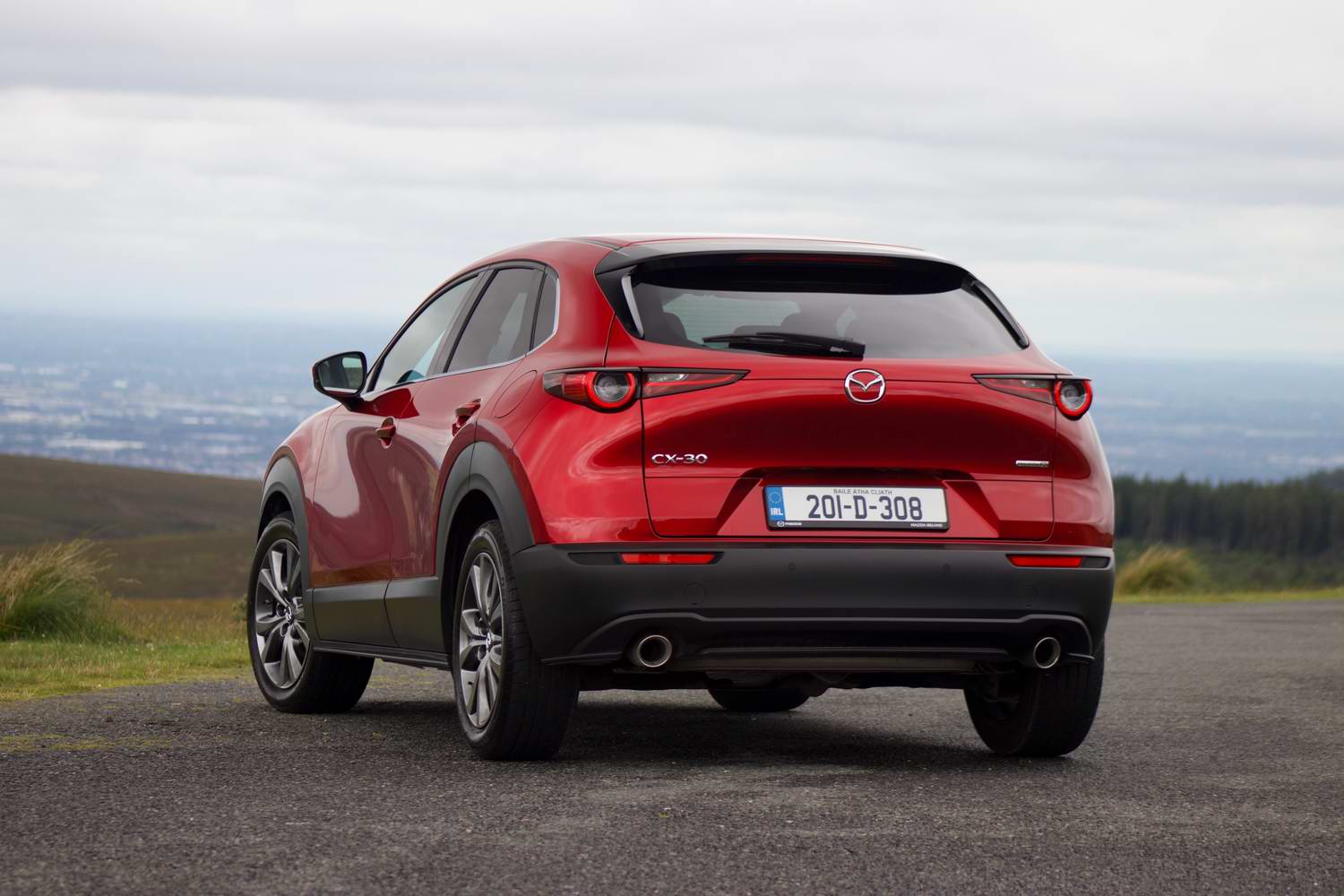 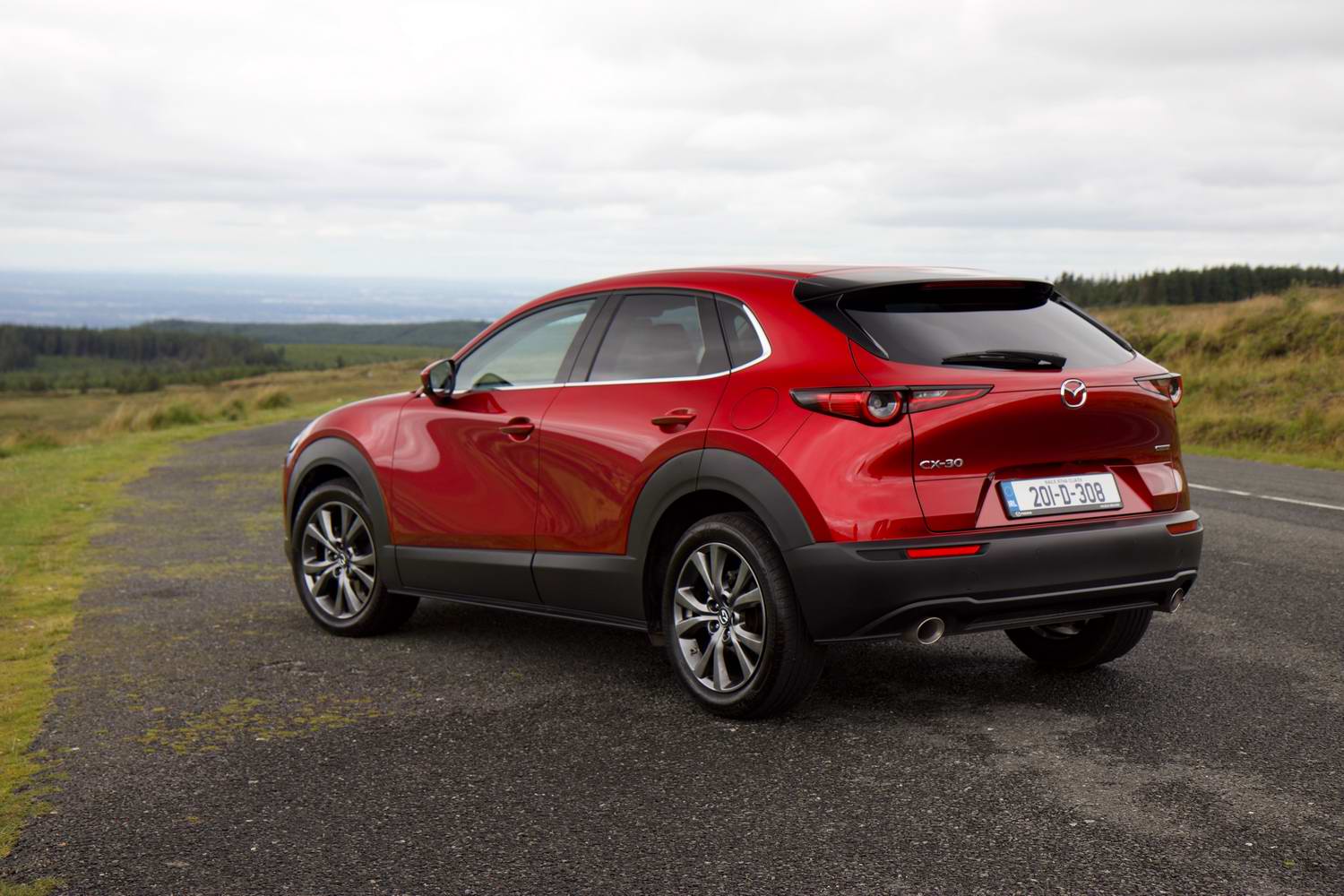 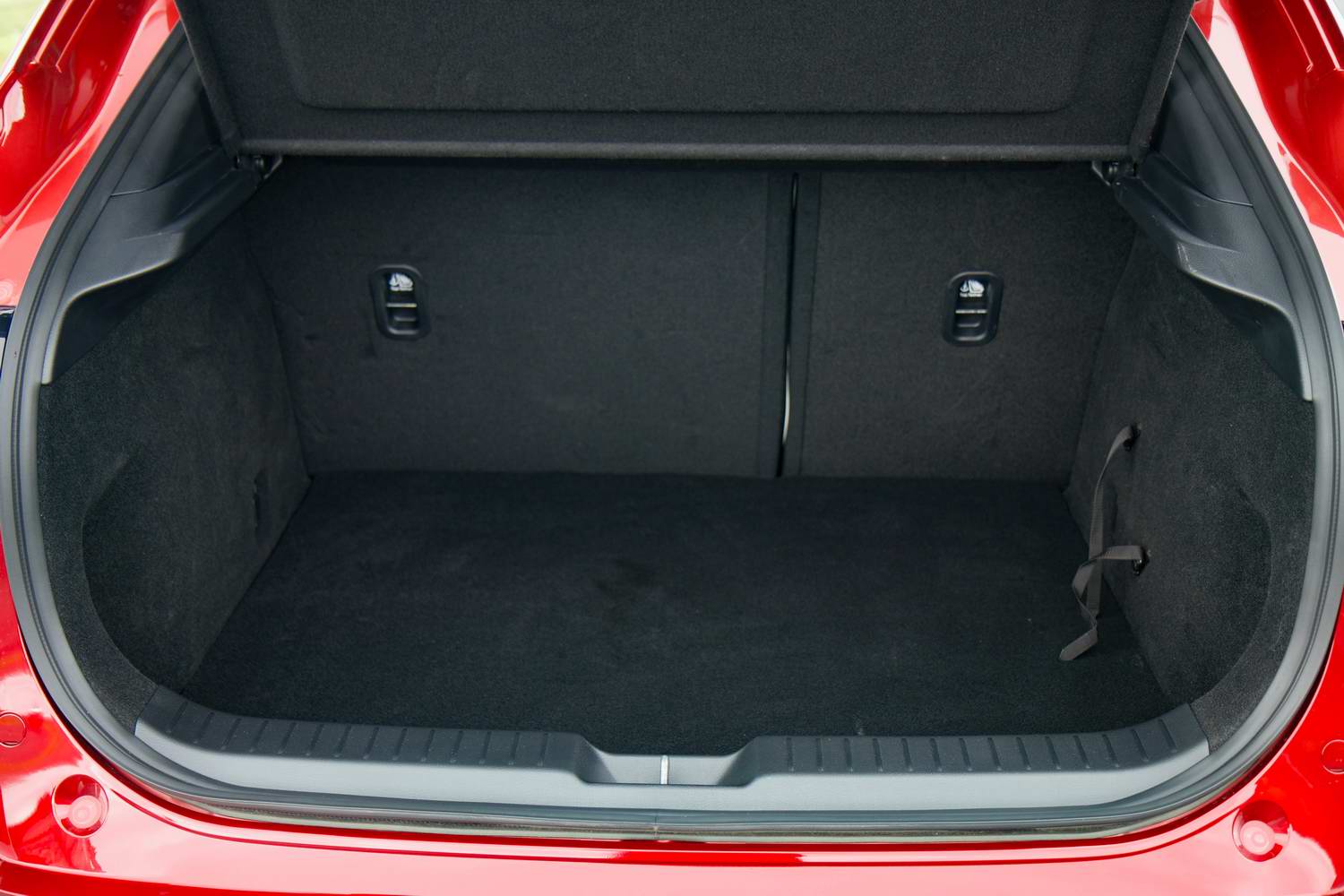 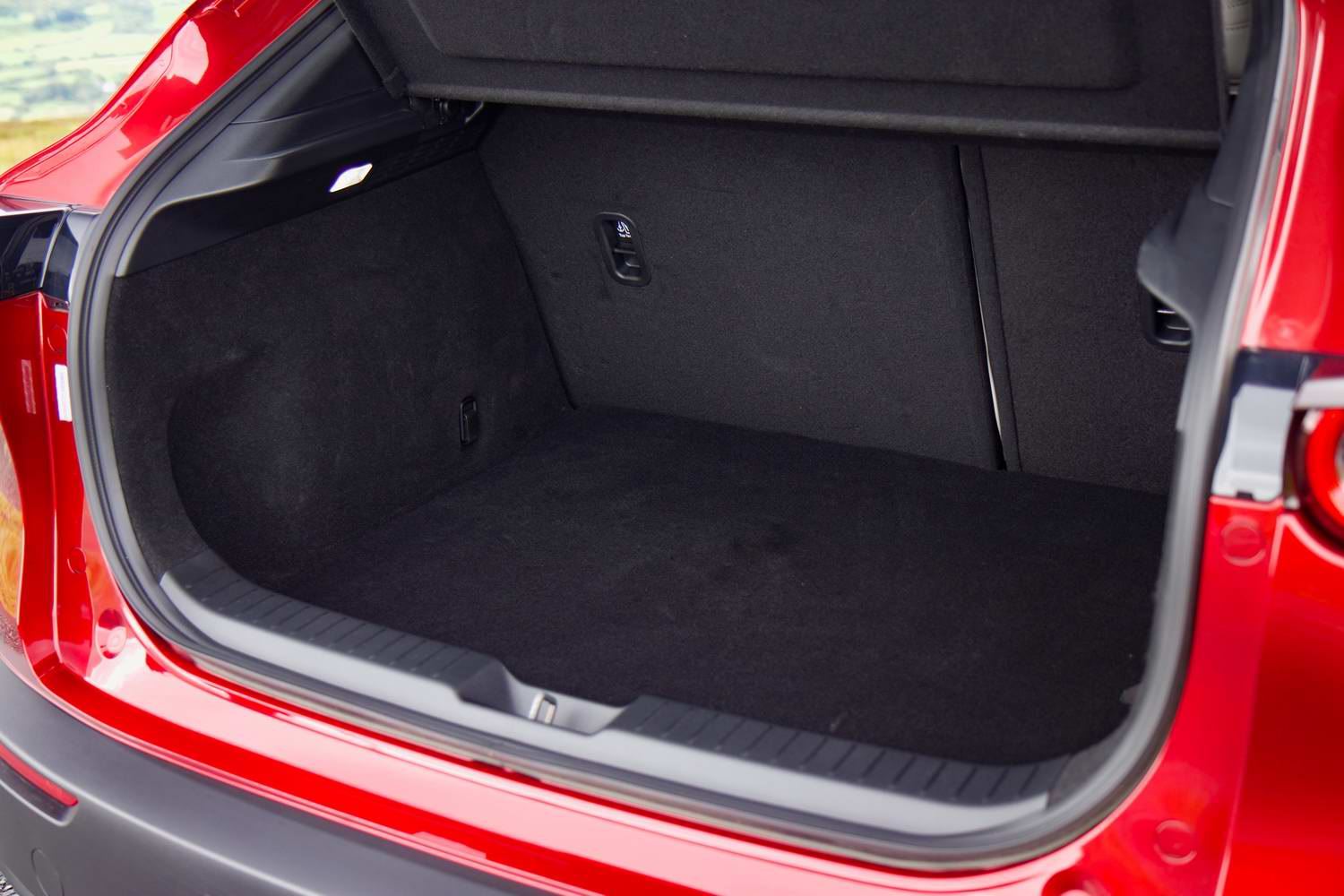 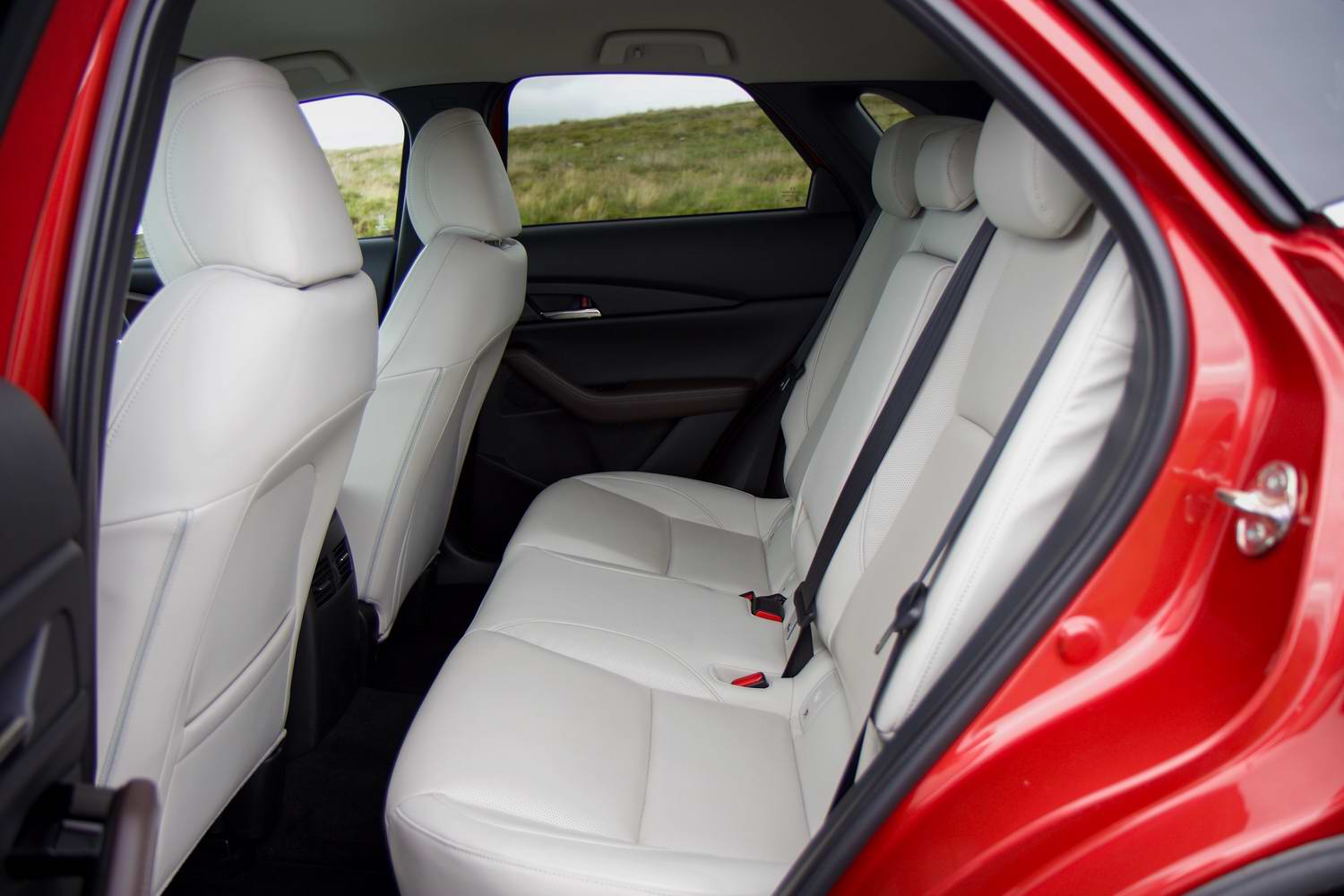 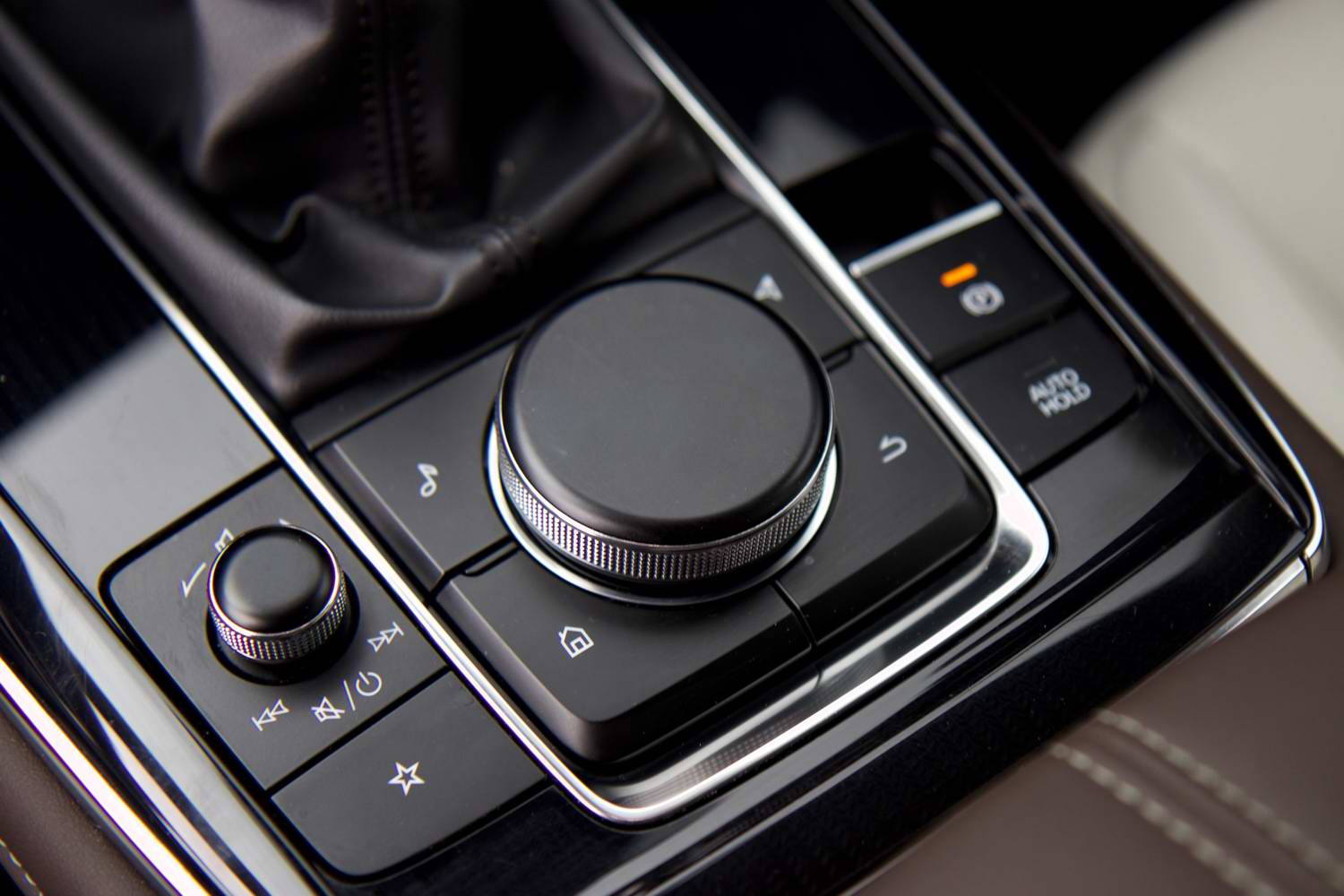 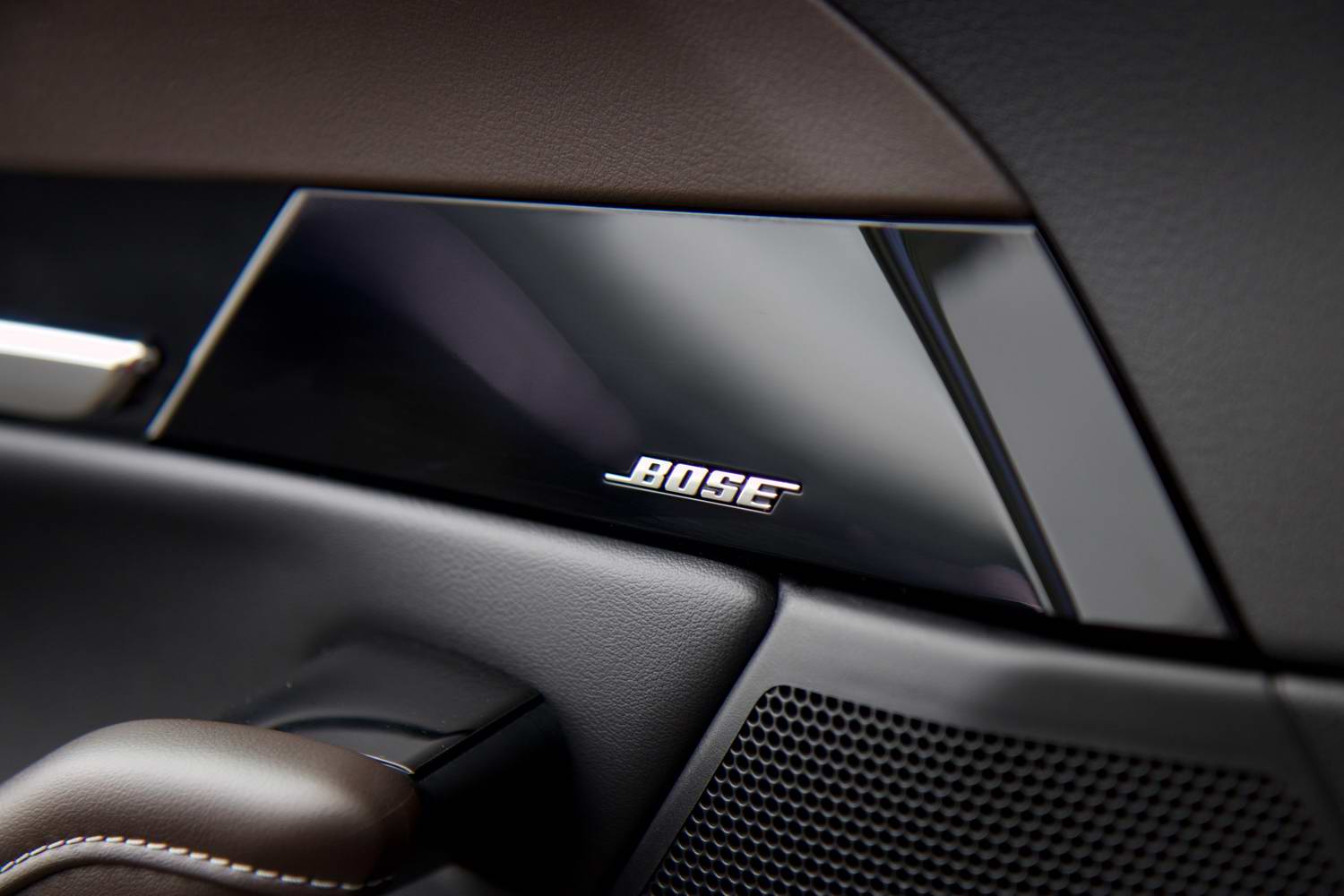 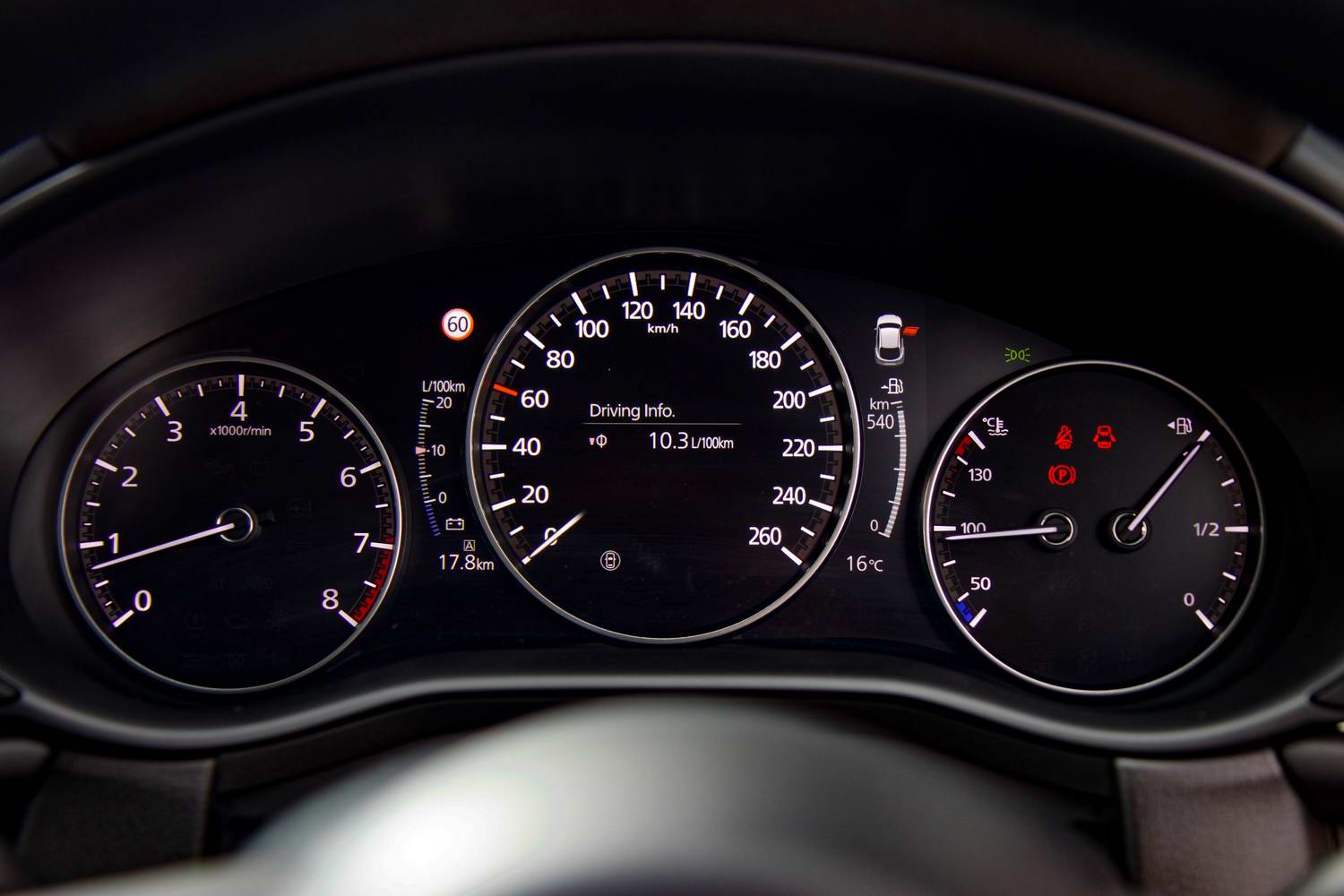 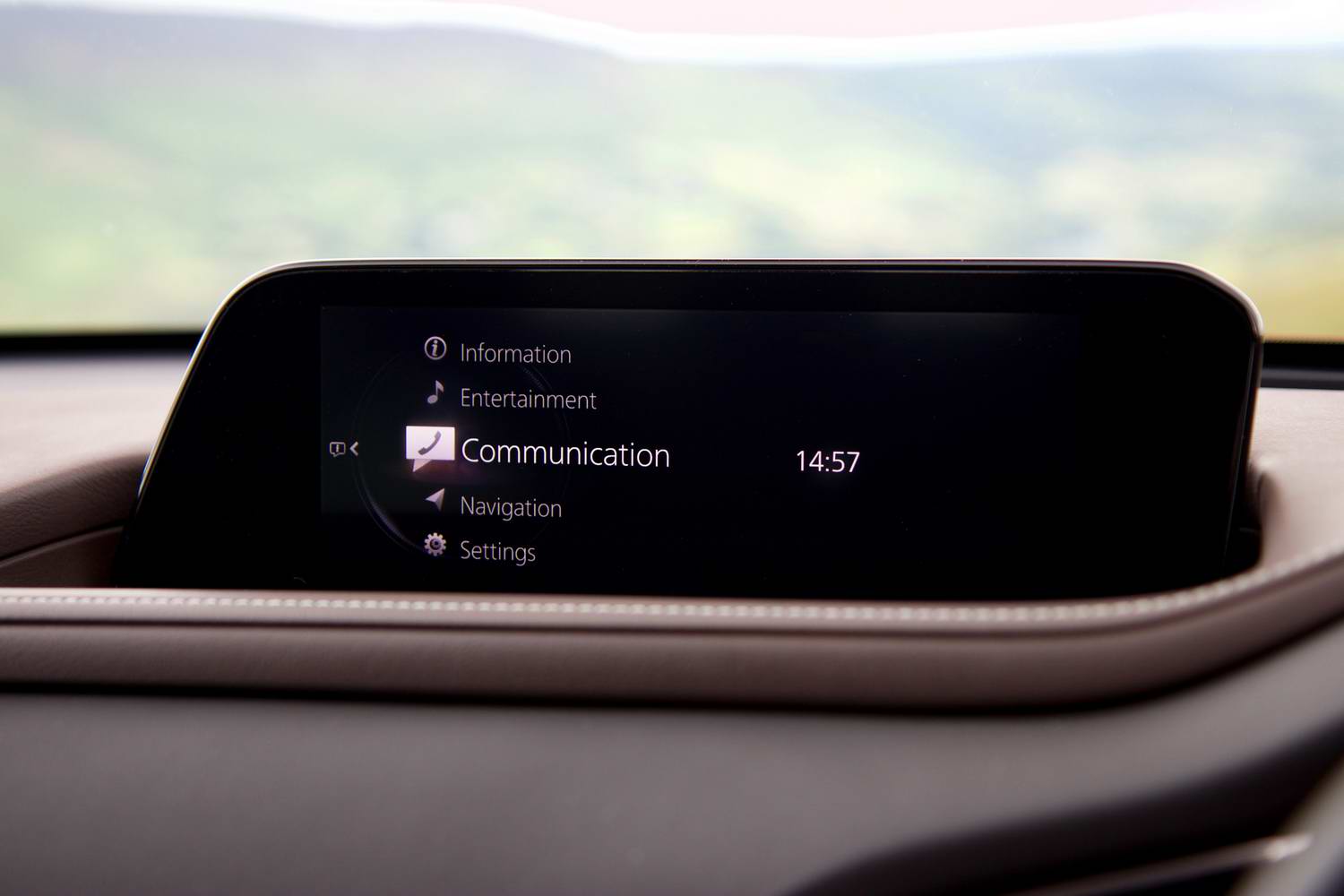 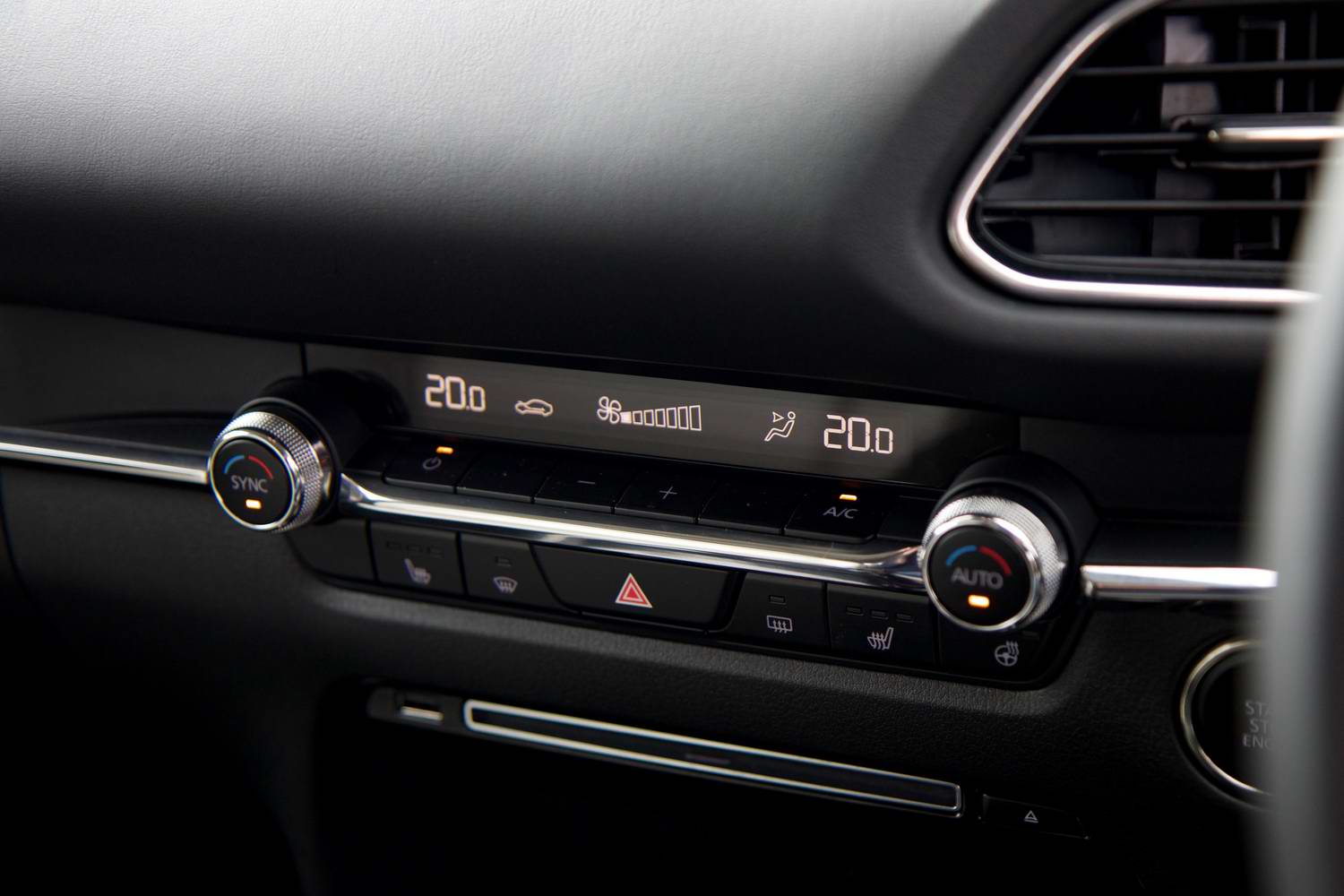 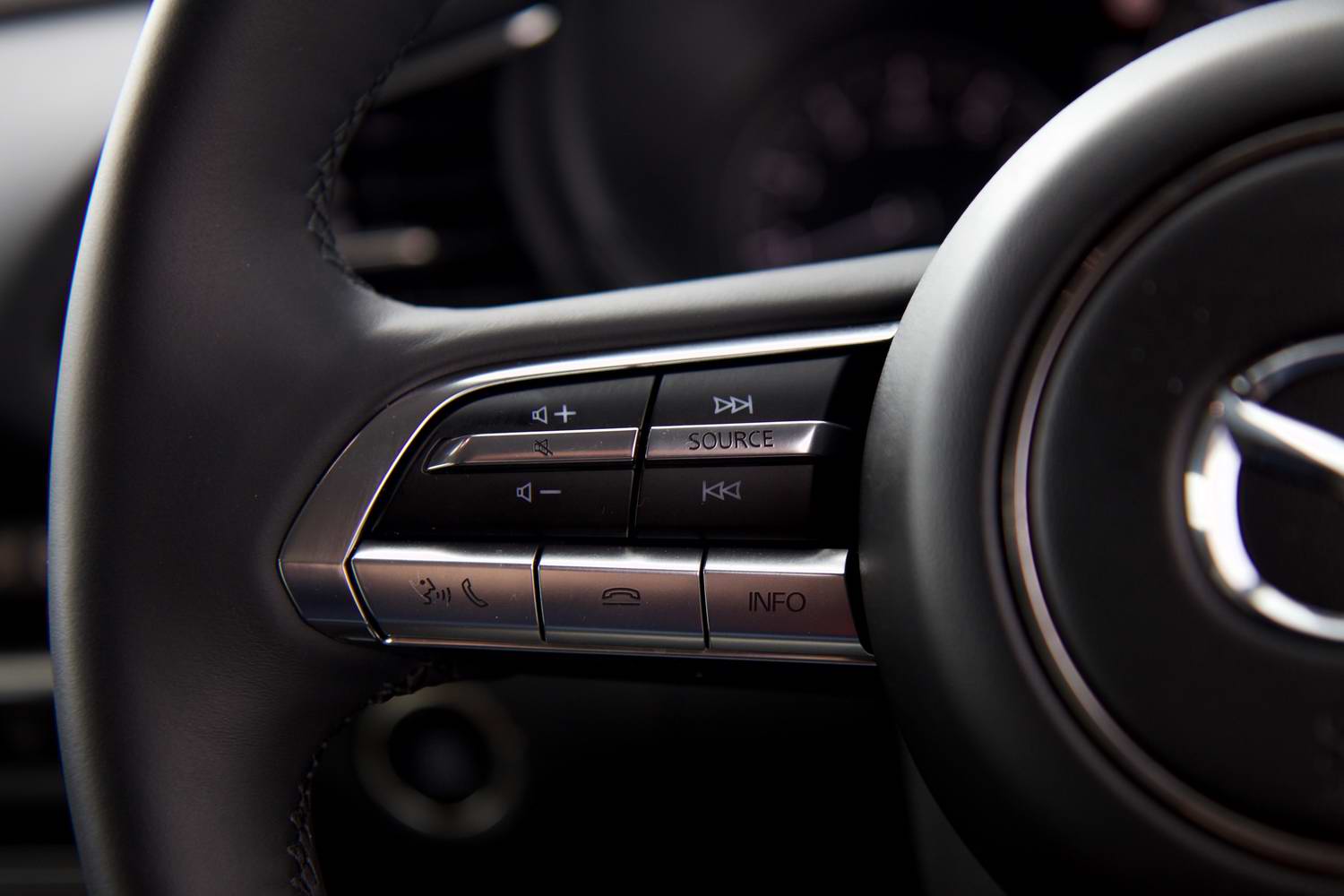 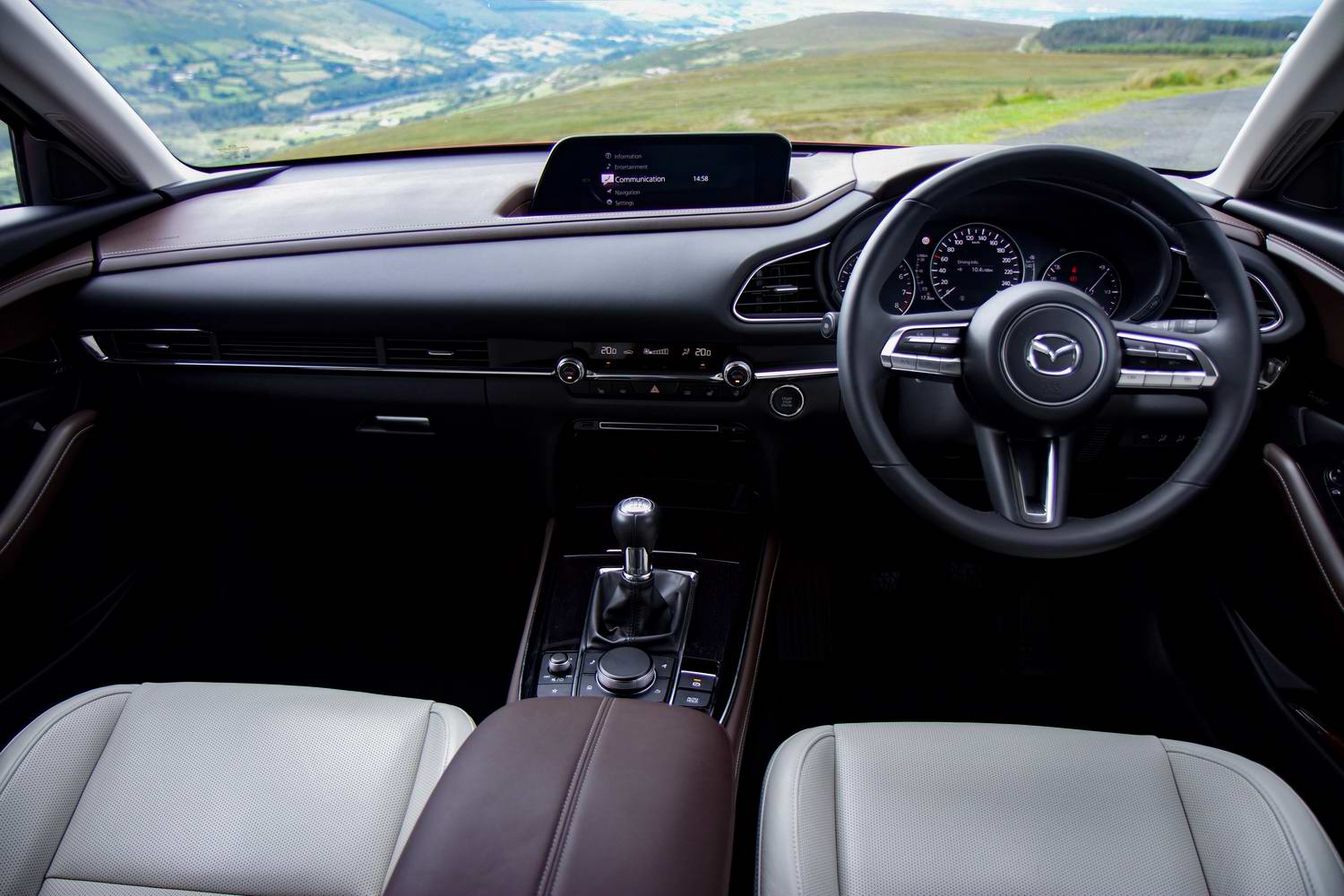 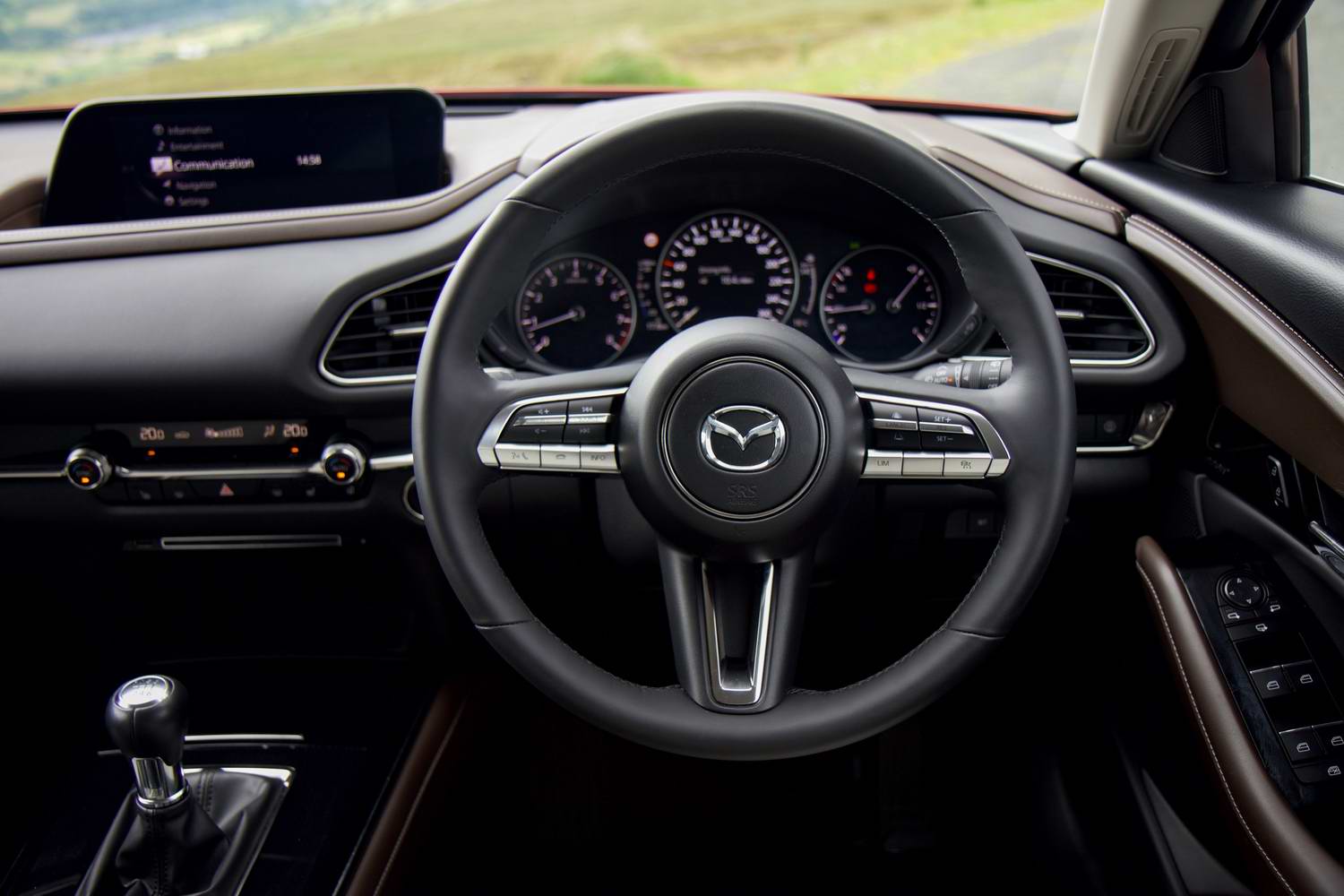 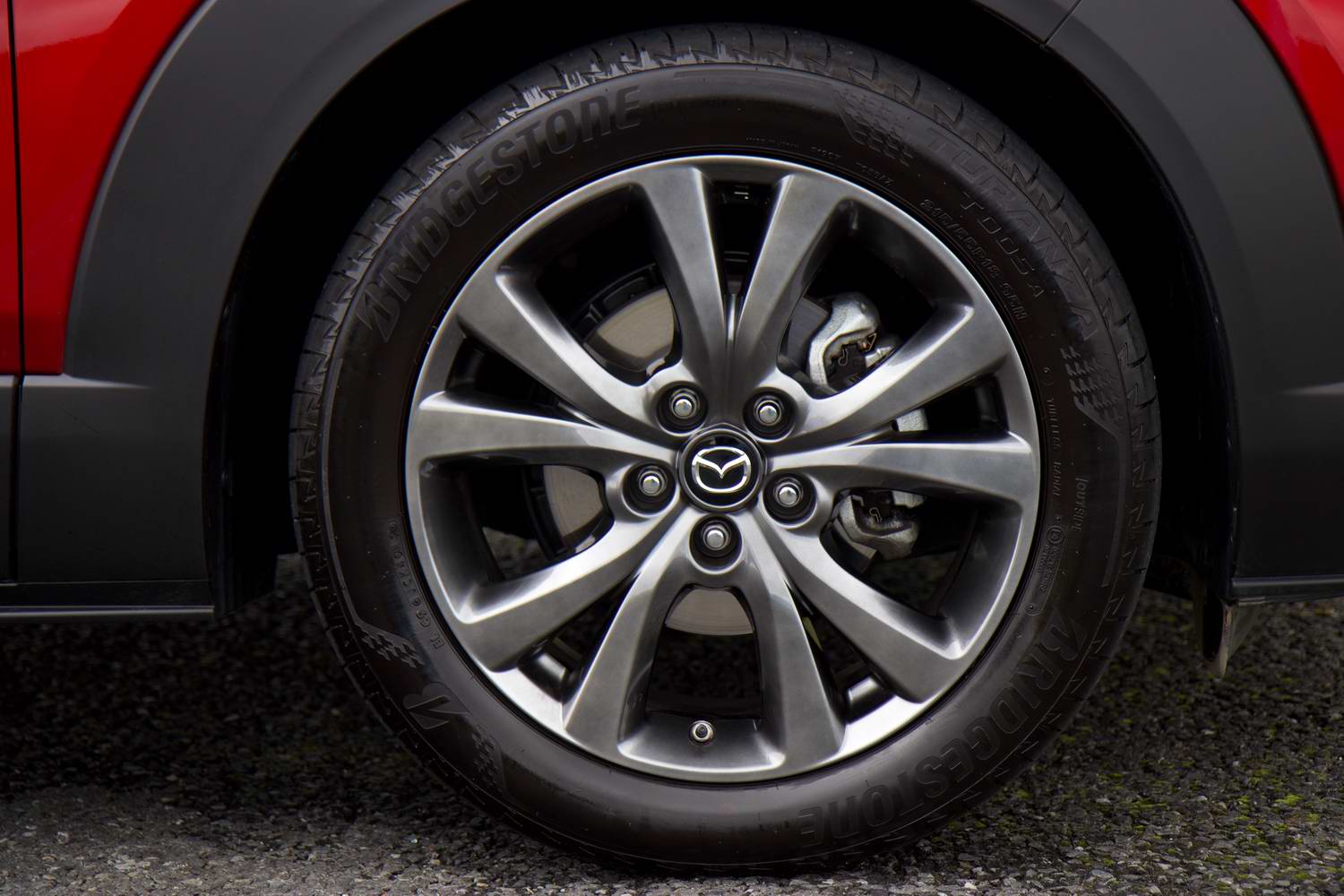 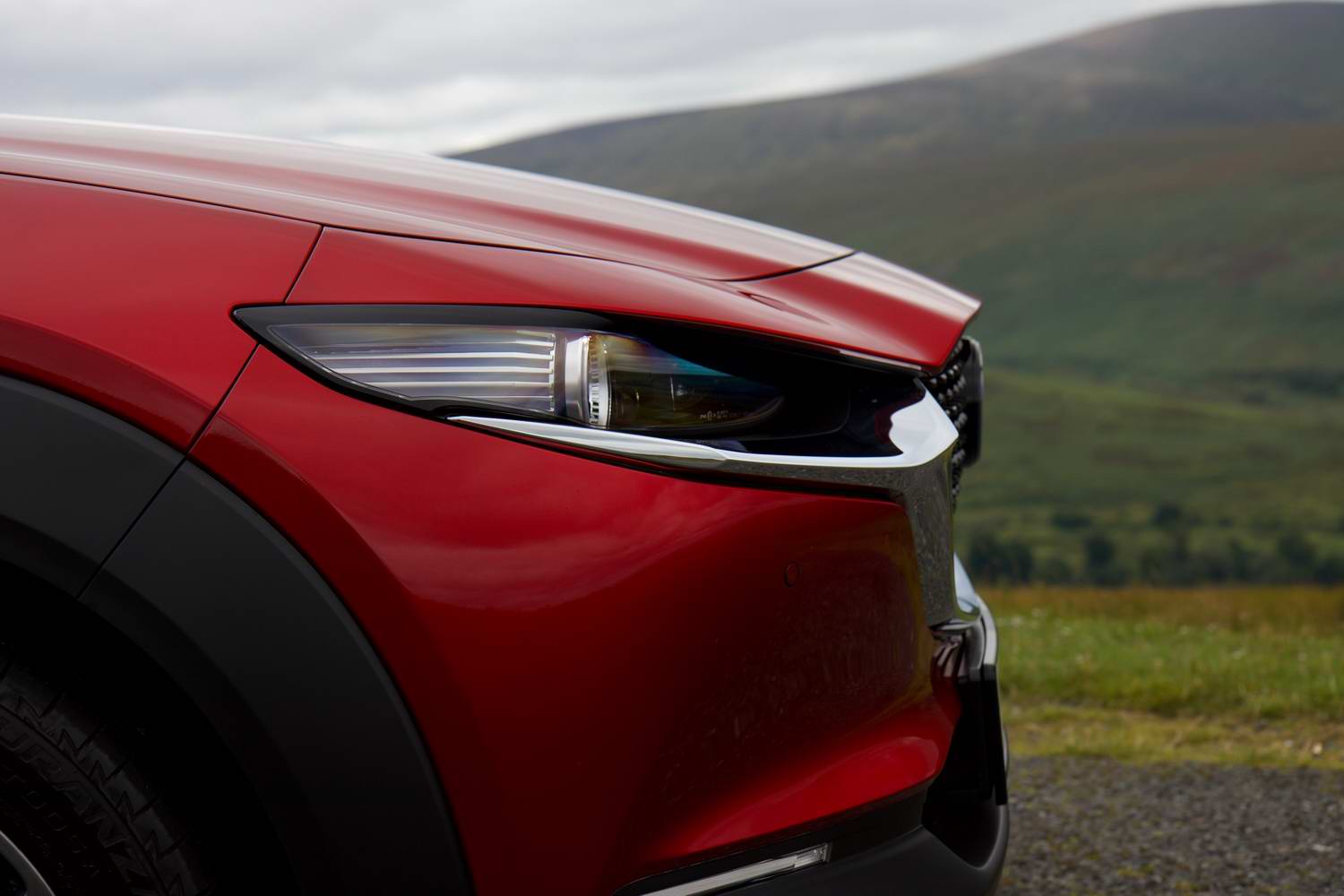 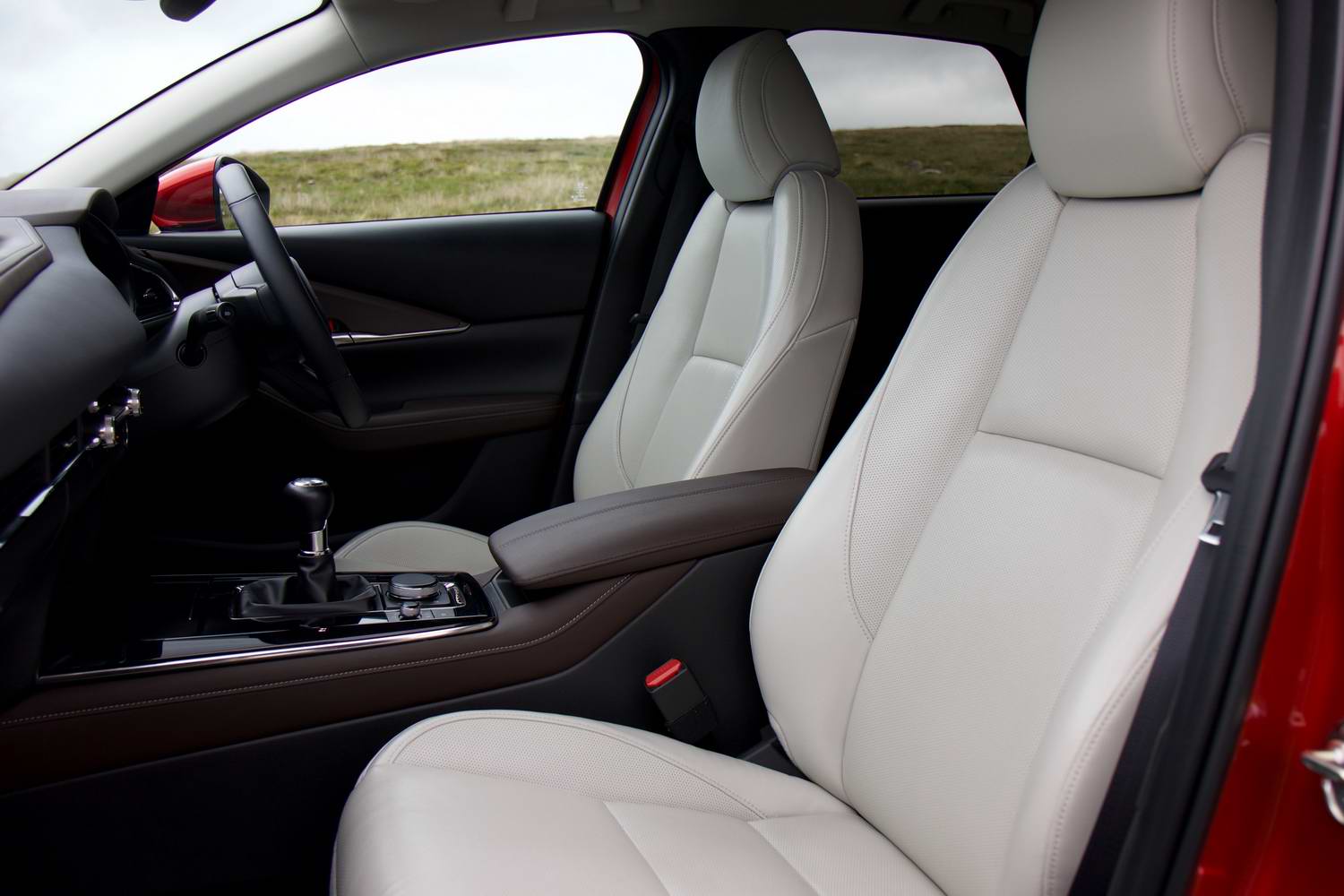 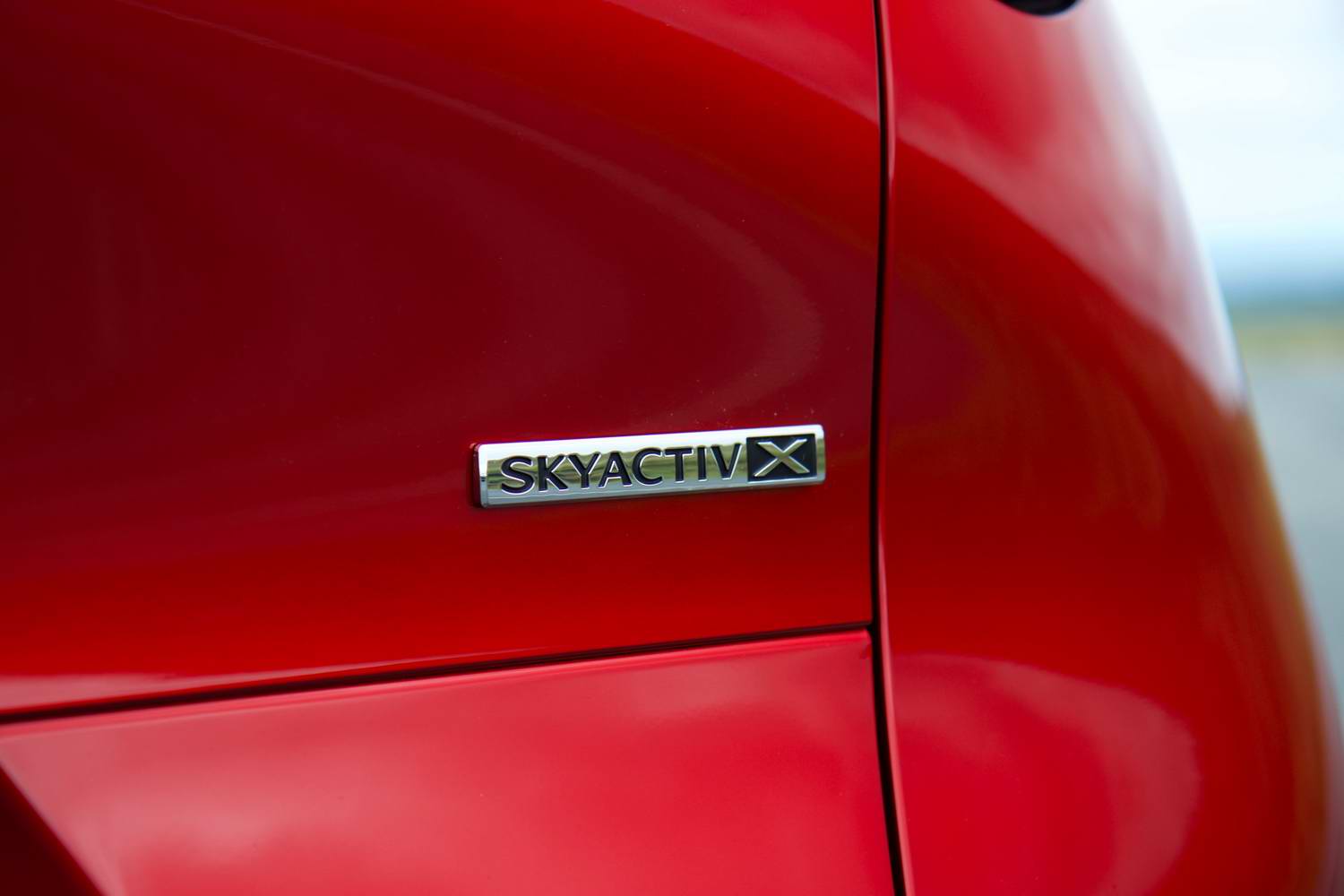 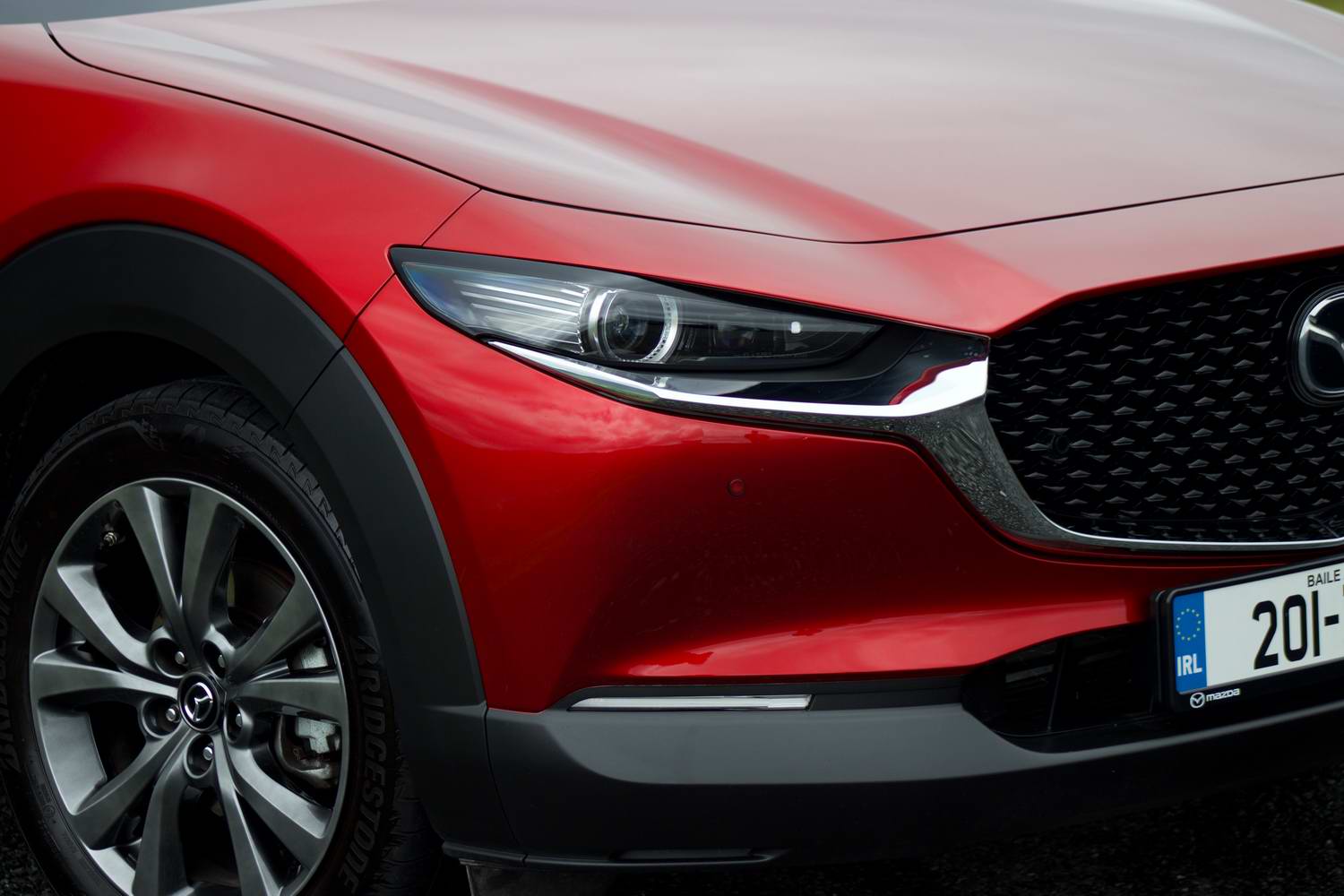 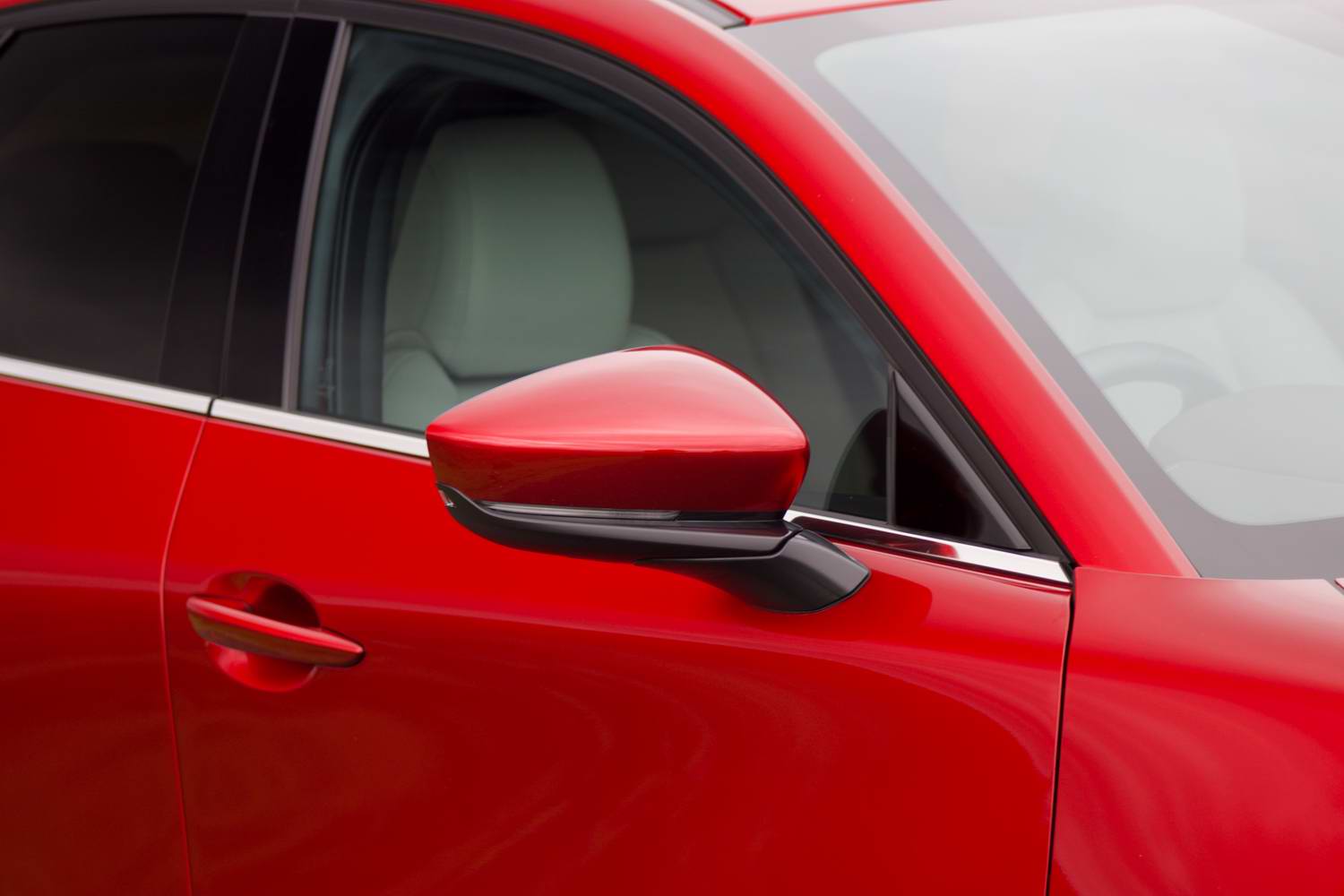 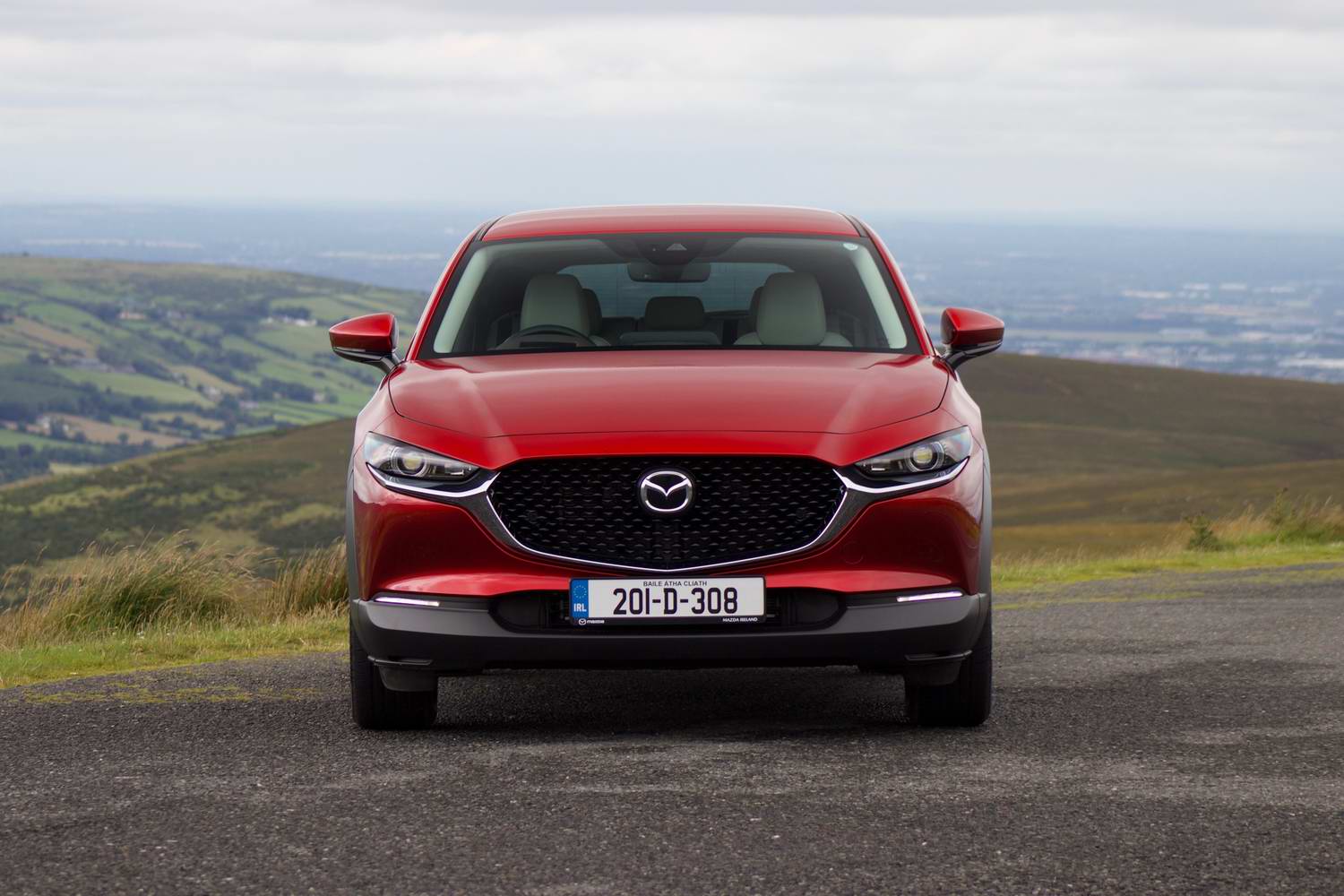 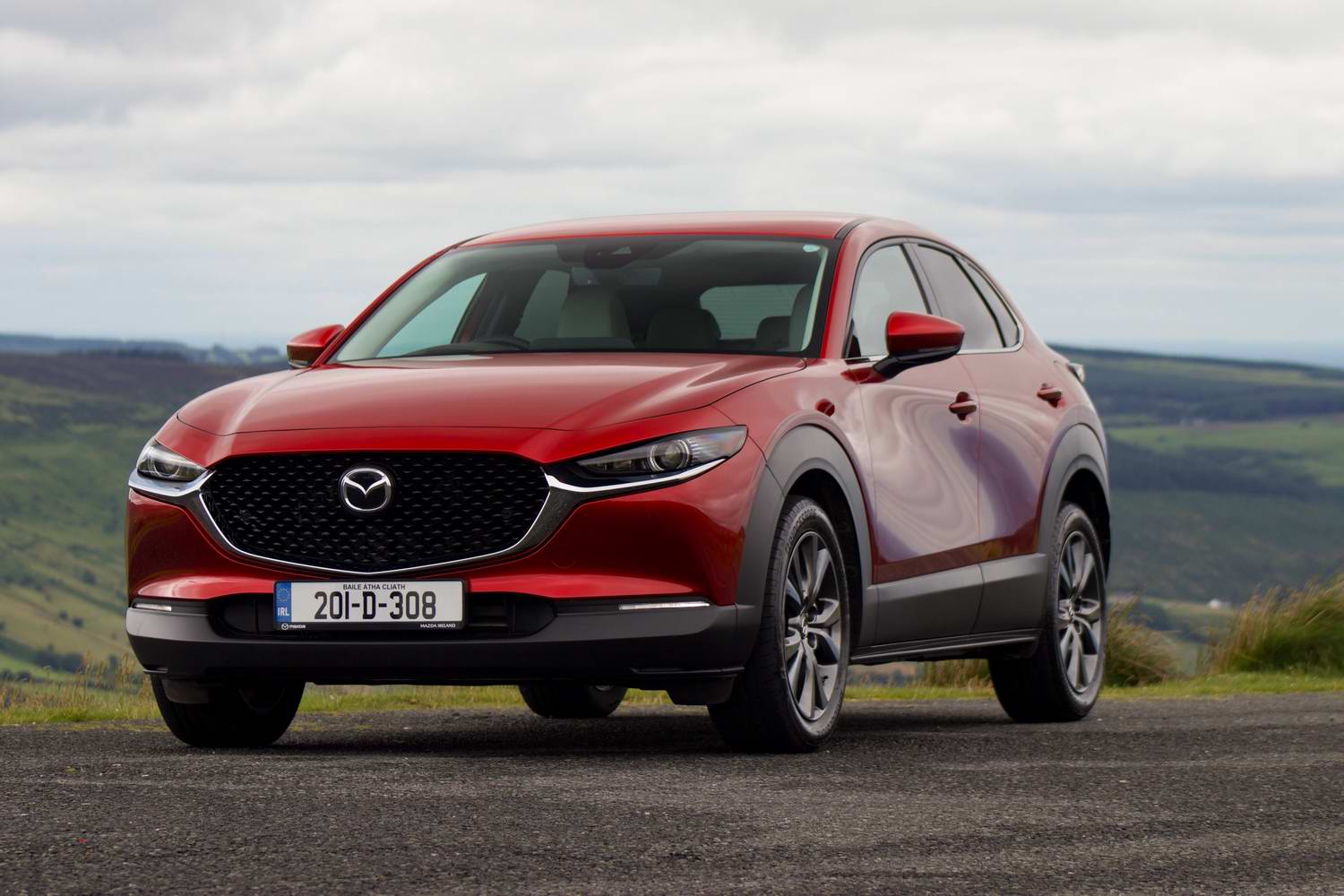 Mazda’s CX-30 crossover sure is handsome, and it’s packed with tech, but how does it stack up on Irish roads?

It's the Mazda CX-30, and if you're a little confused about what that might be, well, welcome to the club. Mazda is pitching the CX-30 as a rival to the likes of the big-selling Nissan Qashqai and Hyundai Tucson, but realistically it's more of a slightly taller Mazda3 hatchback  with slightly bigger rear windows. The platform underneath the CX-30 is the same as the 3's, as are the engines. You can choose from a basic 122hp 2.0-litre petrol engine, a rather good 1.8 diesel, or this - the 180hp 2.0-litre SkyActiv-X.

Why X? Because it's clever - it's an engine that burns petrol but, for some of the time, burns it like a diesel engine, using compression ignition and hardly any spark plug assistance. Mazda's goal was to create an engine with the smoothness and low nitrogen oxide emissions (NOx) of a petrol unit, but with the fuel economy of a diesel. Has that panned out?

Yes, this time it actually really has. Which is making me a little confused, because a couple of months ago we test drove a Mazda3 Saloon with precisely the same engine and came away rather disappointed at its fuel economy, which we filed in the 'grand, but nothing special' folder.

Now, Mazda is a company that prides itself on making continual small improvements to its cars (rather than giving them a big facelift every few years), but as far as we are aware, the company has made no tweaks to the SkyActiv-X engine since the last time we drove it. Which is weird, because here in the CX-30, driving it on the same roads, with the same driver, and the same (I guess...) driving style, we're getting better economy.

It's not massively better, but by averaging 5.9 litres per 100km, right on Mazda's official WLTP fuel economy figure, there's a significant psychological difference. The last time out, we averaged 6.3 litres per 100km, which is 44mpg, which seemed not quite good enough. Now, at 47mpg, the magic 50mpg barrier is within touching distance, which seems, subjectively, much better.

The SkyActiv-X's other strengths remain - it's a very refined engine (albeit with an occasional faint diesel-like thrum if you really listen for it), it revs enthusiastically and the gearshift is a tactile, mechanical, delight.

The CX-30 into which it's installed isn't half bad either. As with the rest of the current Mazda range, it's very handsome, and the interior is a thing of both beauty and palpably brilliant build quality.

It's also good fun to drive, with the small caveat that the ride quality is occasionally a little bouncy and the steering could do with a bit more feel.

The CX-30 undermines its own case a little in two areas - space and price. In the back seats, there's just not enough room for it to count as a proper rival to the likes of the Qashqai and the Tucson. The price also pitches it rather awkwardly - a Mazda3 hatchback, which is arguably even more handsome and barely any less spacious, is cheaper, while the larger, roomier, more prestigious CX-5 is only slightly more expensive. The CX-30's a good car, but it's caught between some excellent rivals within Mazda's own range.

Personally, I think your money would be better spent on either a Mazda3 or a CX-5 - both are more impressive in their own rights, and against their major rivals, whereas the CX-30 just fails to make a convincing case for itself. Within its own narrow bandwidth, it's fairly good - good looking, good to drive and with that SkyActiv-X engine that has mysteriously now found some extra reserves of economy. If you like your crossovers both gorgeous and beautifully-built (but aren't so bothered about space in the back) then it could be a good choice.

I'm still not convinced by the SkyActiv-X engine, I'm afraid. Clever as it seems, I've not found it particularly economical. Still, the CX-30 is a likeable crossover. It would make more sense if it were priced a little lower and the CX-3 didn't exist, but there you go. Think of it not as a direct rival to the Qashqai and Tucson etc, but as something more upmarket, but less practical, bought as much because you dig the lovely cabin and keen driving dynamics.

Hyundai Tucson: updated Tucson remains a big-seller and is good value, even if it lacks driving flair.

Nissan Qashqai: still a sales behemoth, but it's not overly exciting to look at nor drive. More cabin space than the CX-30, though.

Toyota C-HR: almost as much fun to drive as the Mazda, but suffers similarly on the practical front. Hybrid setup is very impressive, though.