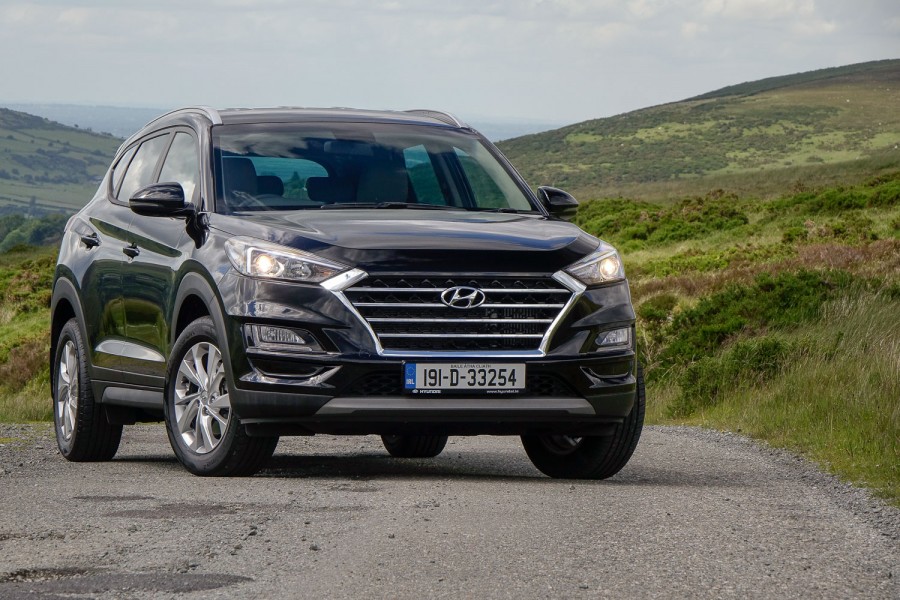 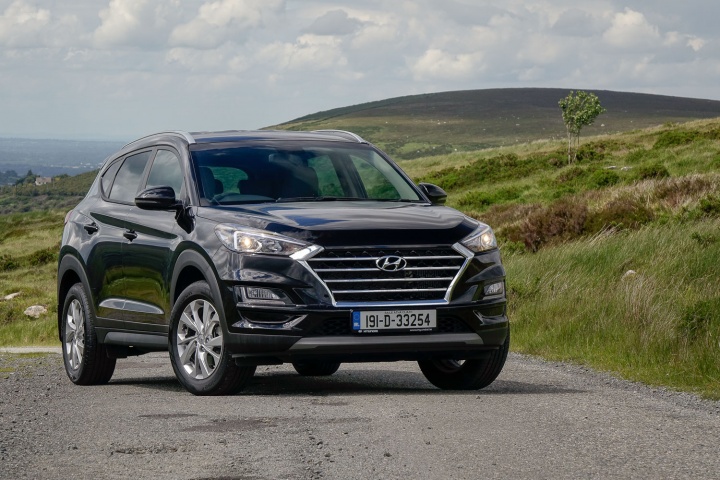 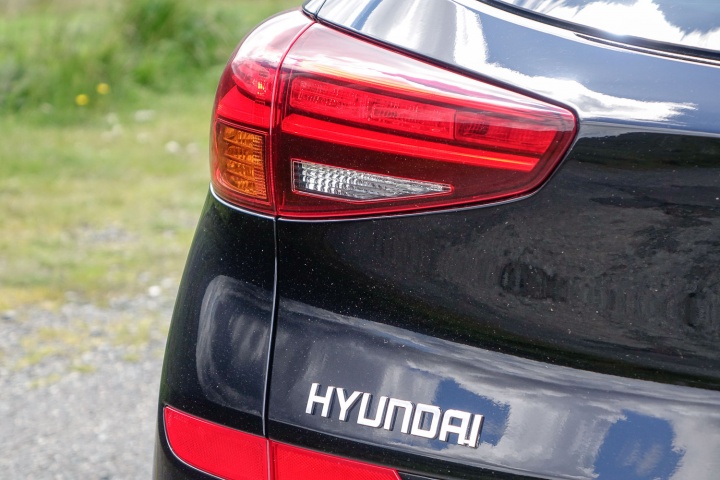 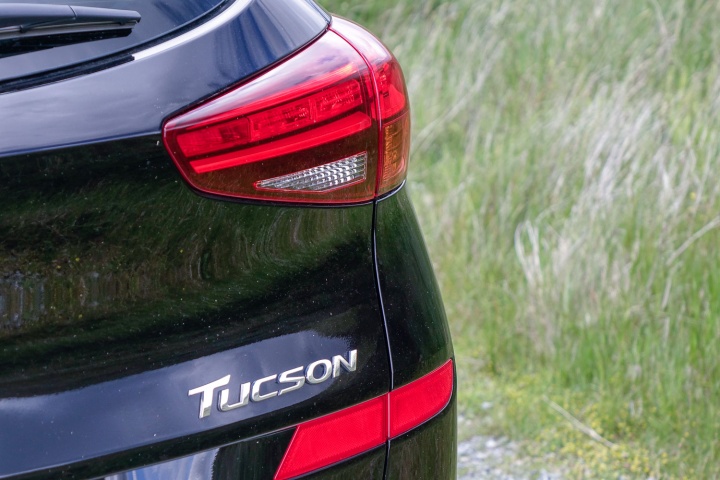 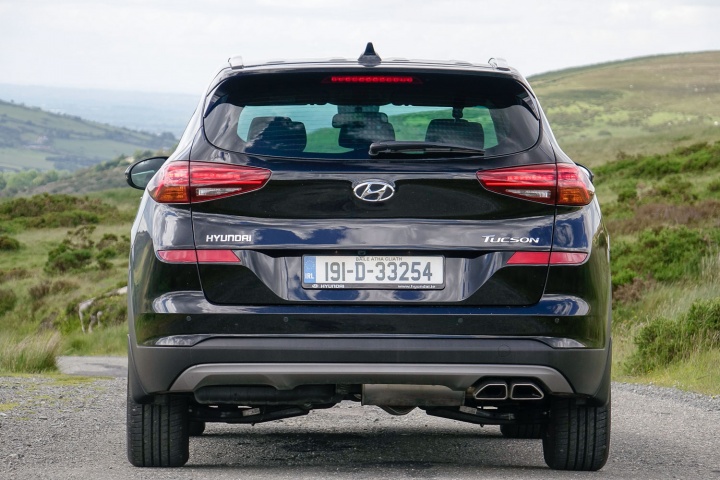 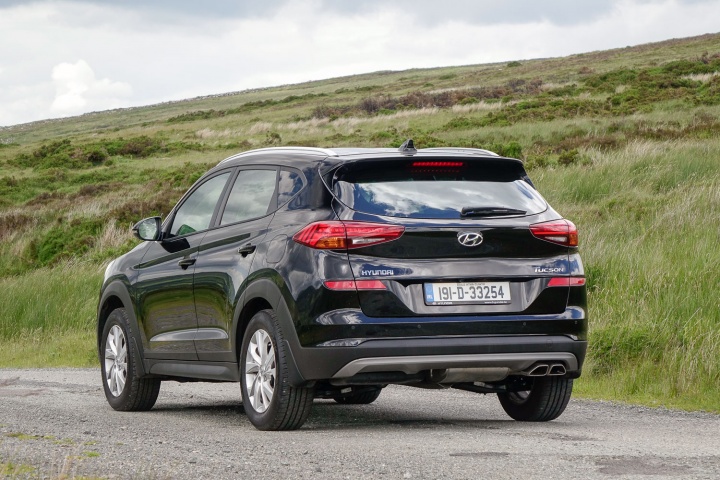 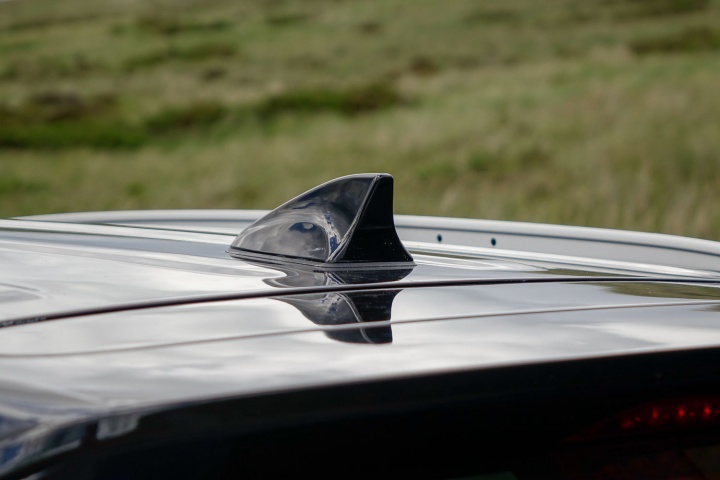 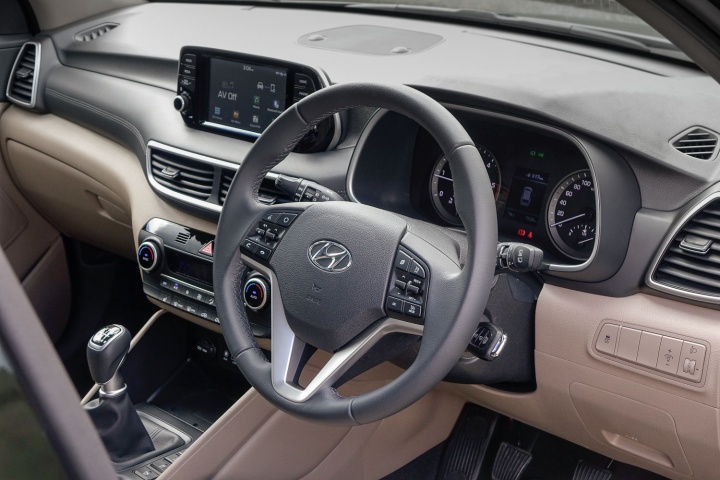 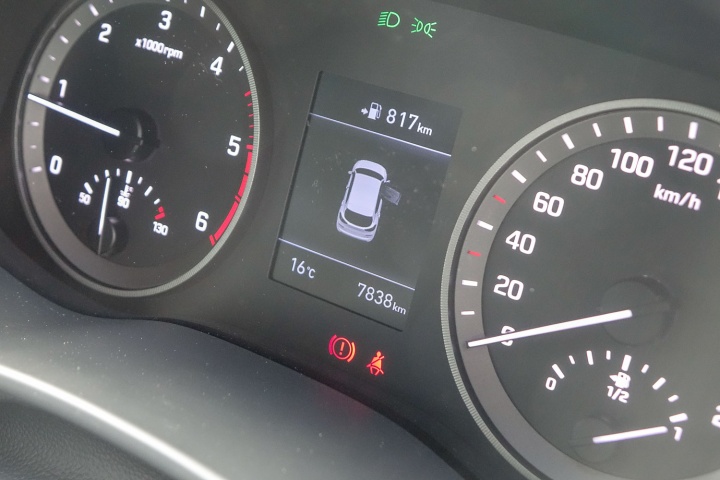 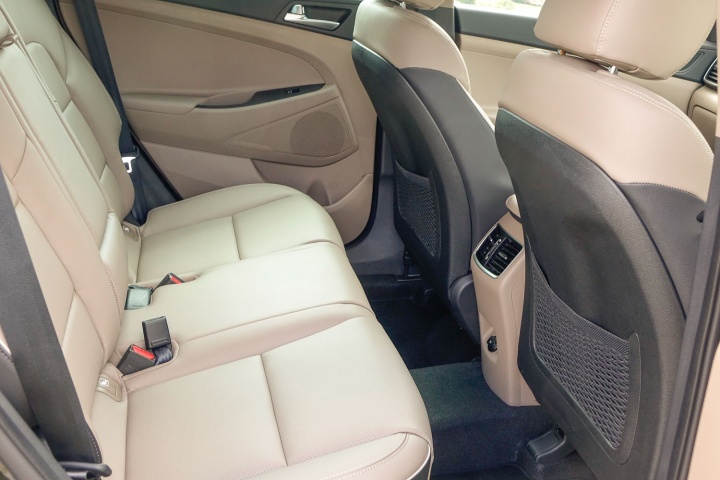 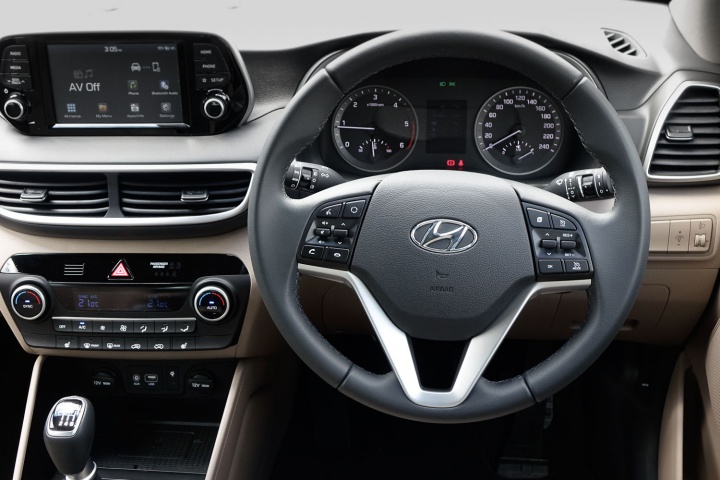 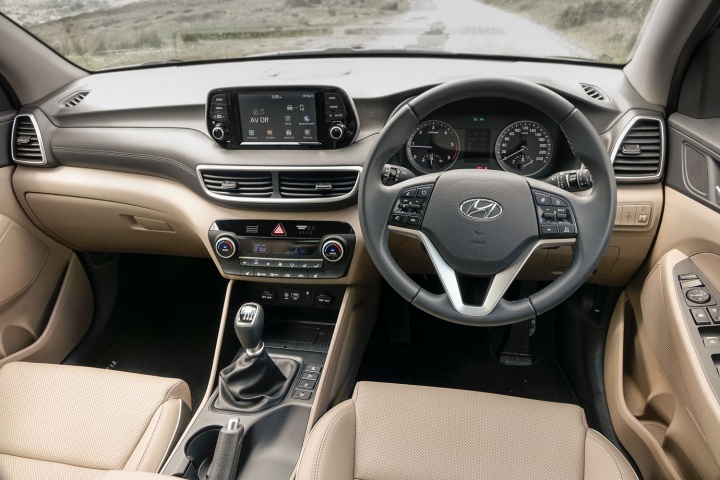 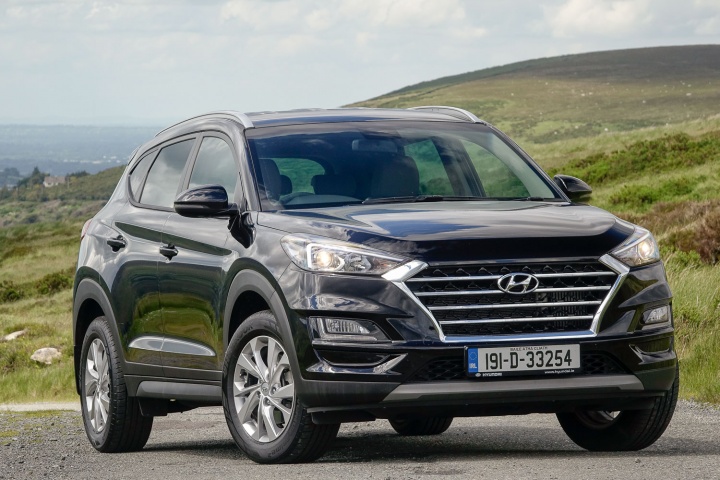 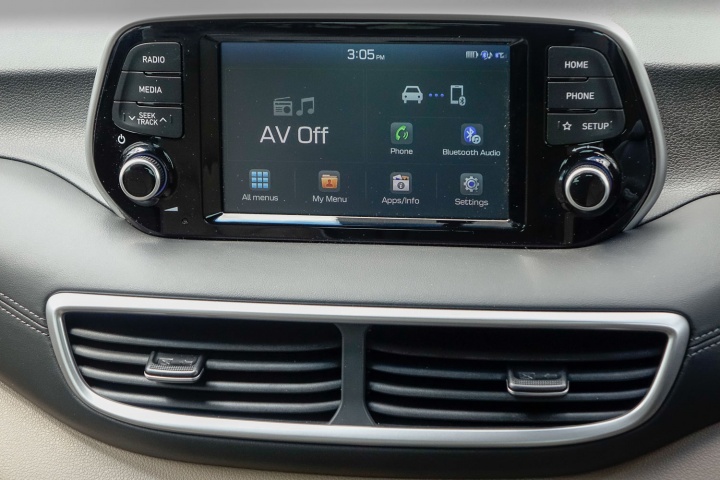 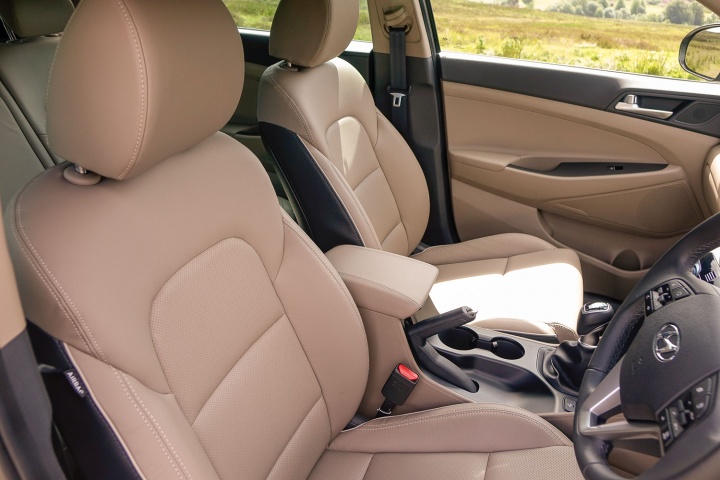 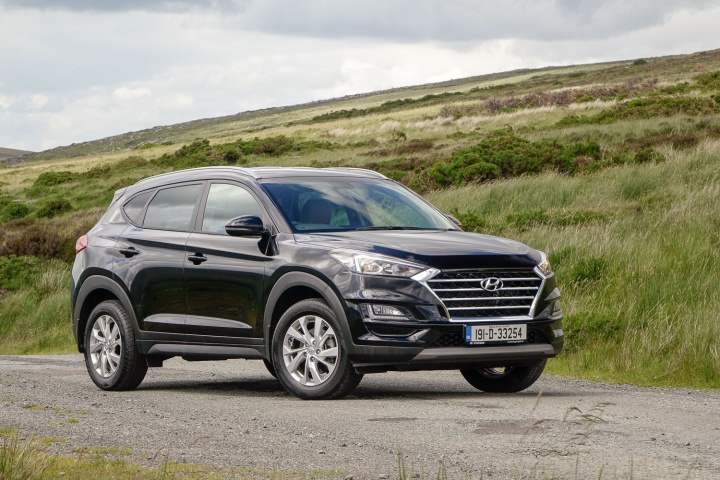 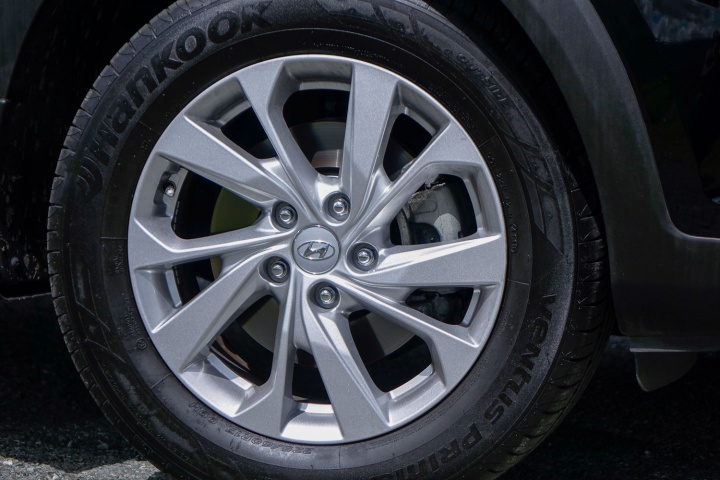 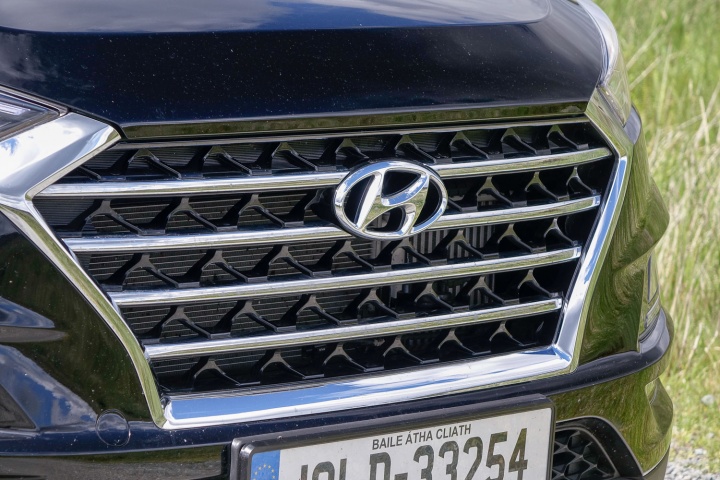 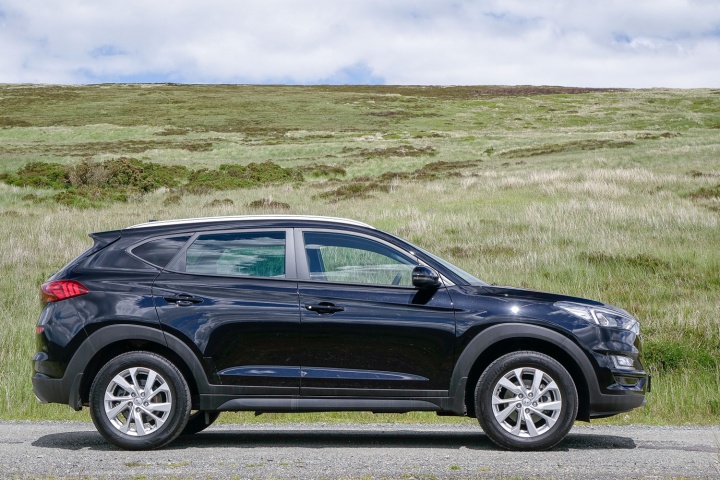 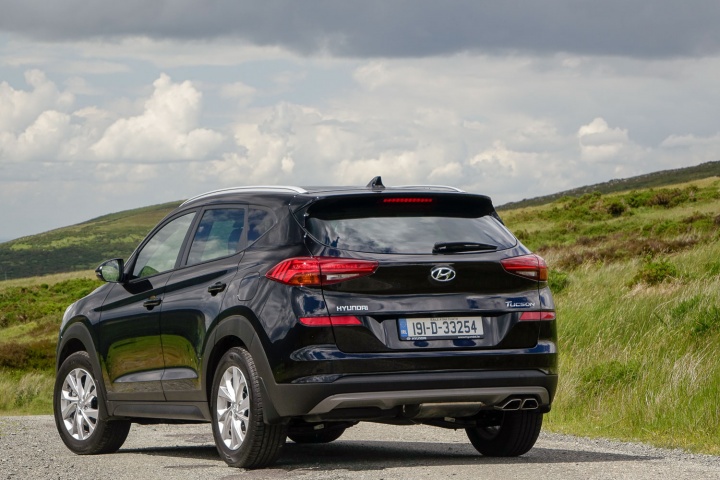 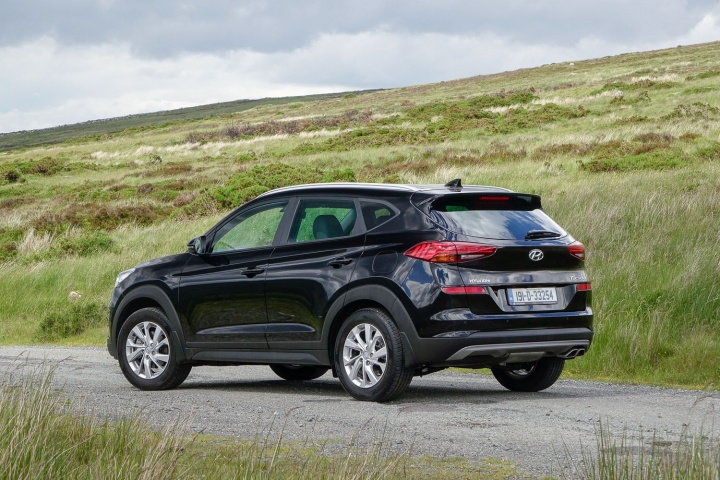 Hyundai updated the Tucson SUV this year with a 1.6-litre diesel engine. Still a huge seller.

A sales juggernaut, put simply. While the Hyundai Tucson may not have as many sales chalked up in its lifetime as the Nissan Qashqai, it hasn't been around for as long. And by any measure, the Tucson has been a runaway success for the brand, especially here in Ireland, where its arrival and subsequent availability back in 2015 was brilliantly managed by the importer. That's despite the fact that the only engine that made sense was the adequate 1.7-litre diesel, which was not available with four-wheel drive.

Four years on and it's time for Hyundai to refresh its family crossover, as it remains a tightly contested sector of the market. The black paint of our test car doesn't perhaps show off the revised model at its best, but even so, the exterior changes are slight. New lights, bumpers, wheels, exhaust outlets and radiator grille are the most obvious updates, helping make the car subtly fresher without alienating buyers that liked the quietly handsome appearance in the first place. Inside, there's a new touchscreen and an even greater sense of quality thanks to touchy-feely materials.

The biggest news is the replacement of that 1.7-litre engine with Hyundai's new 1.6-litre diesel. Its arrival signals the availability of four-wheel drive and an automatic transmission at lower price points. For the record, at the time of writing, the Tucson starts at €27,495, for the Comfort model powered by a 1.6-litre petrol engine. The entry-level diesel is €29,495 and other trim levels are Comfort Plus, Executive, Executive Plus, Premium and the sporty looking N-Line version. Most are front-wheel drive, though buyers can have four-wheel drive and/or an automatic gearbox as they wish.

The new engine feels far punchier in the mid-range than before, despite no apparent increase in its output. In fact, as there's also a higher-power version of this new 1.6-litre turbodiesel in existence, I assumed our test car used that, but apparently not. It's decently economical, too, using 6.5 litres/100km in my time with the car, which included quick mountain road driving and ambling about on urban roads. It should do much better than that on a long motorway cruise.

Hyundai has not increased the interior space of the Tucson, but more time spent in it is a good reminder of how commodious a car this is, notably so in the back seats. And we wholeheartedly approve of the new dashboard, which looks more modern and is nicer to the touch. Hyundai already made tactile and high-quality switchgear, so no change there.

Pretty much the only thing we don't like about the updated Tucson is how conservative Hyundai has been with its styling. We reckon the market is open to more interesting looking cars. So, if you are buying a Tucson, do yourself a favour and go for one of the brighter colours - as they really suit the car. Shame the N-Line version, which has a lot more visual clout, is quite expensive and only available in a single guise.

The Hyundai Tucson deserves its place at or near the top of the sales charts in Ireland and the updates have done nothing to change that. We'd like to see a hybrid option in the range, and more interesting exterior styling, but regardless, this car does little wrong and a lot right. 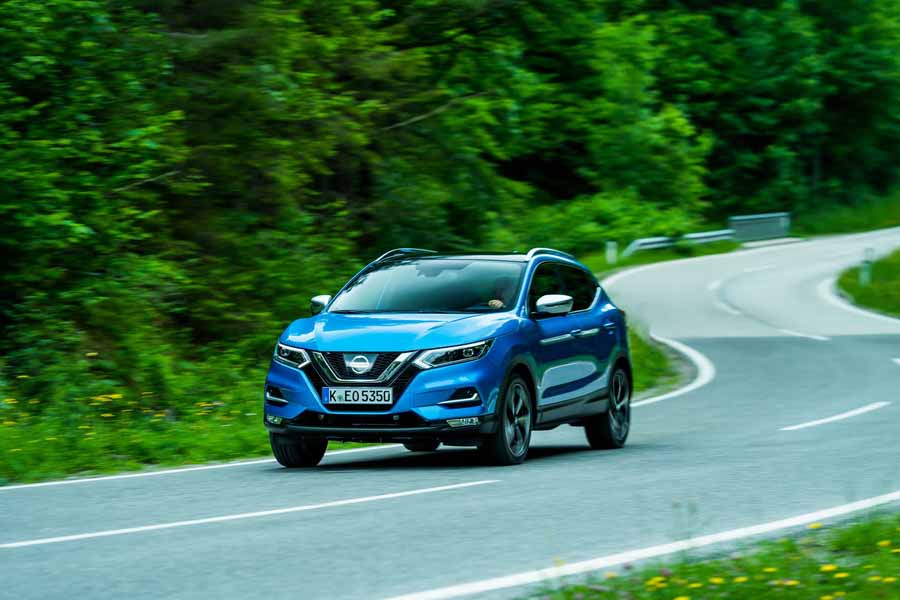 Nissan Qashqai 1.6 dCi review
Nissan Qashqai vs. Hyundai Tucson 1.6 diesel (2019): in terms of sales, there's a massive battle between the Tucson and Qashqai, and they are closely matched in reality. We fractionally prefer the updated Tucson - in diesel guise. 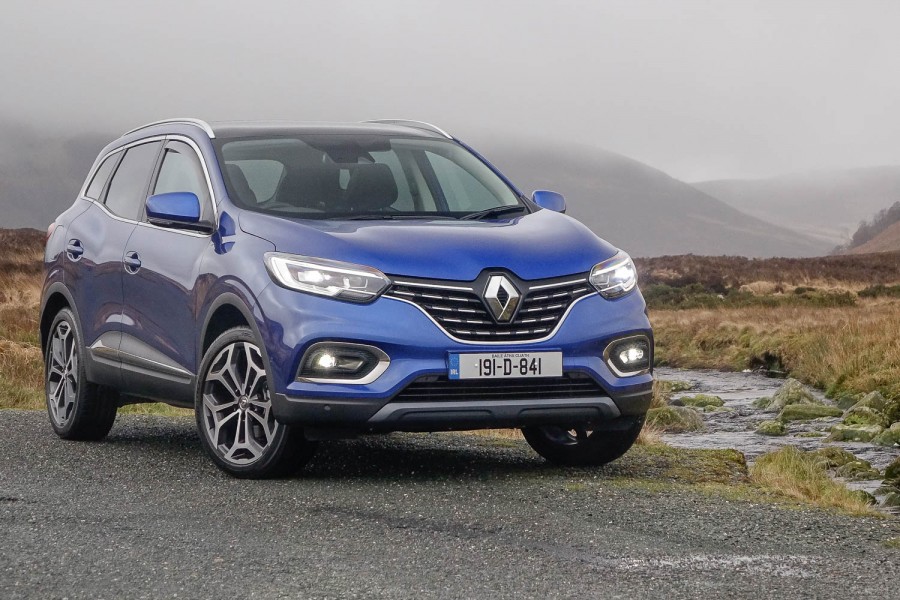 Renault Kadjar 1.5 dCi diesel (2019) review
Renault Kadjar vs. Hyundai Tucson 1.6 diesel (2019): the Kadjar was also updated this year, and looks better than the Tucson, but the Hyundai feels like a higher-quality product all the same. Close competition here. 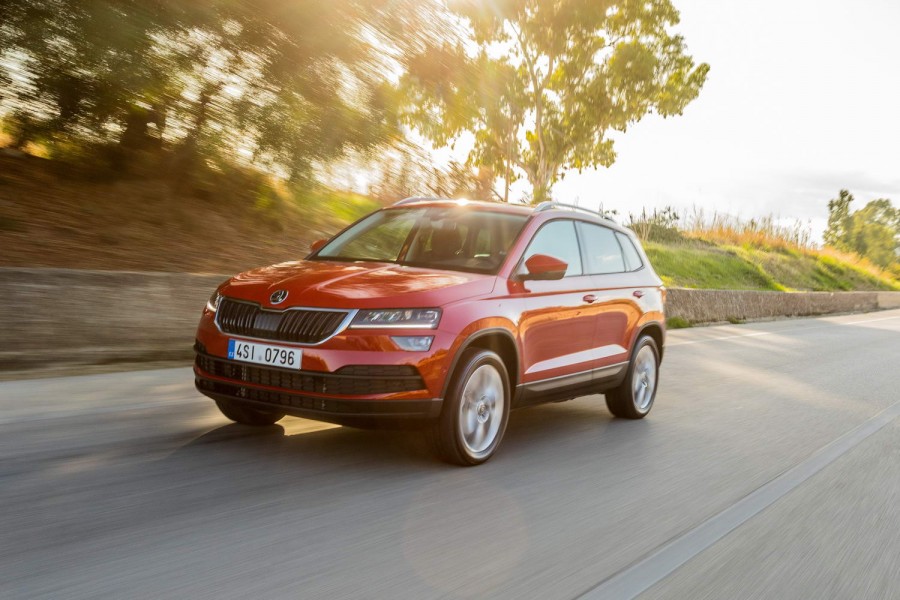 Skoda Karoq 1.6 TDI diesel review
Skoda Karoq vs. Hyundai Tucson 1.6 diesel (2019): the Karoq is not as interesting as its predecessor, perhaps, but measurably a better car - and a strong competitor for the Tucson with more choice in the range.