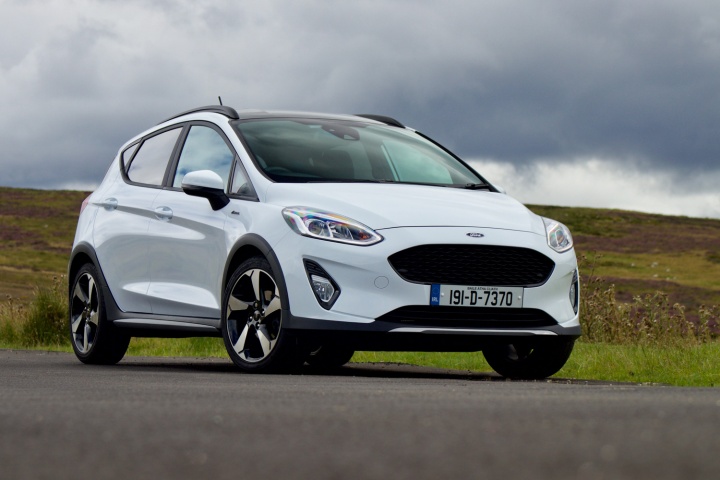 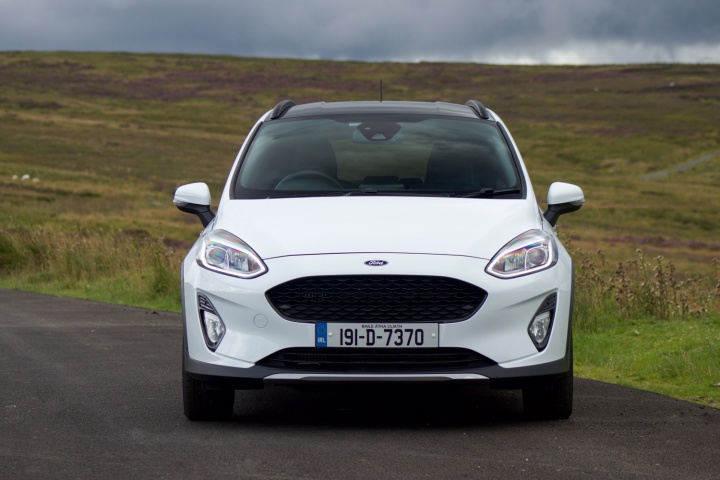 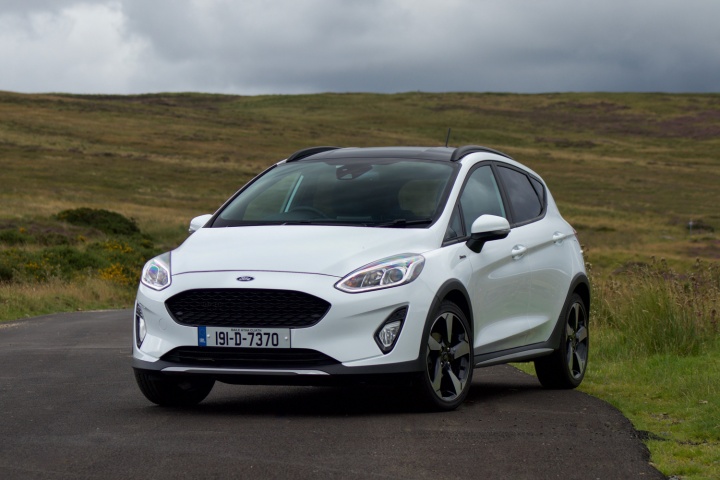 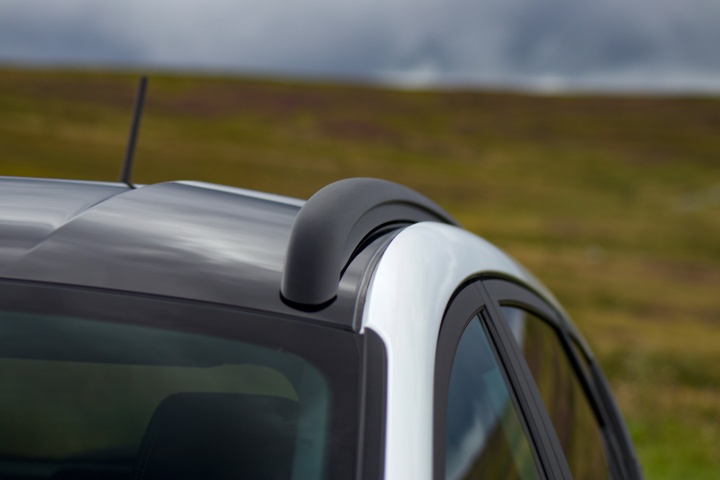 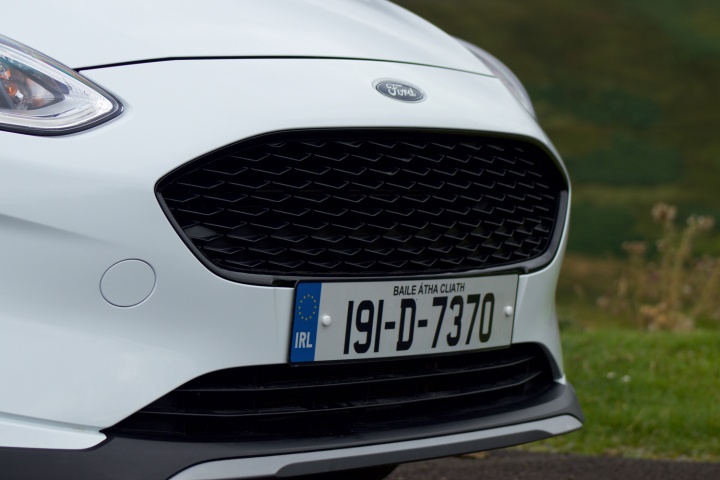 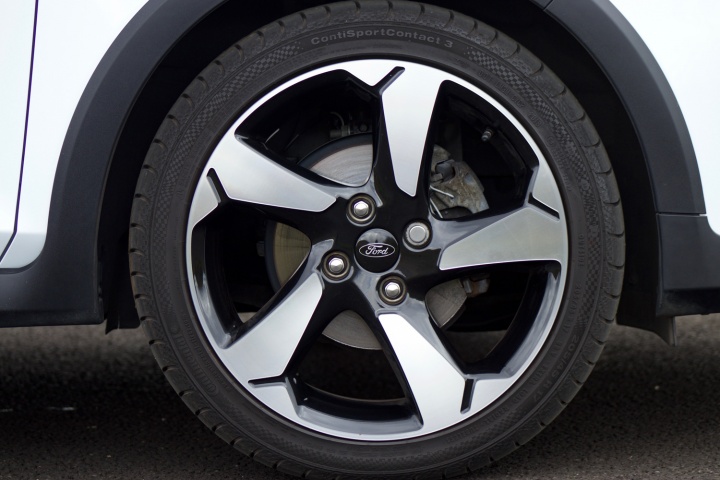 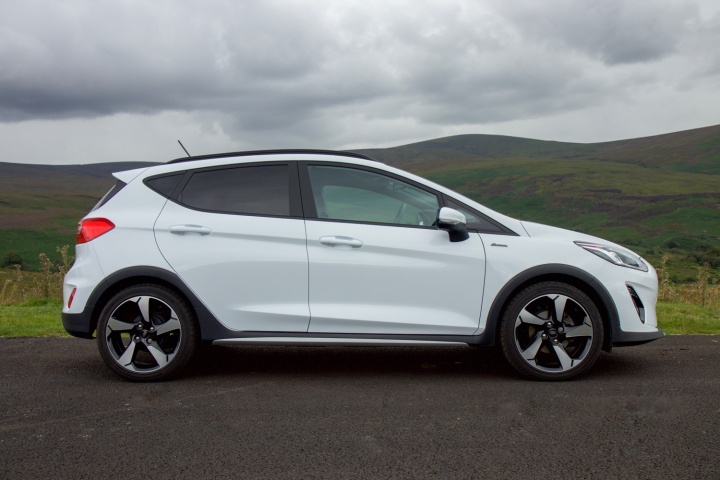 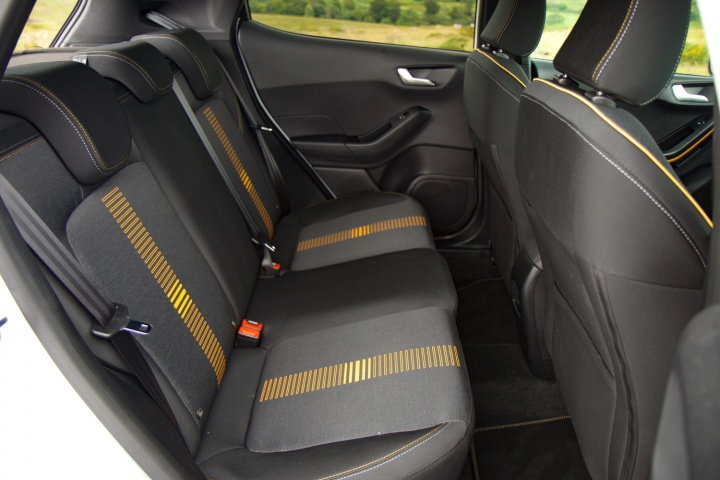 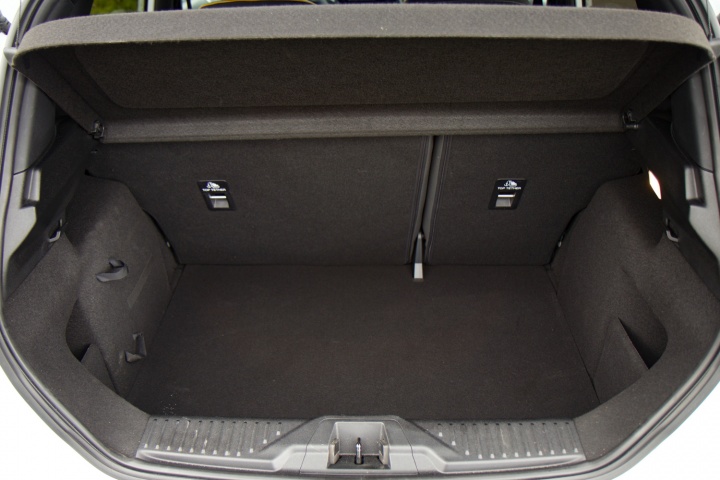 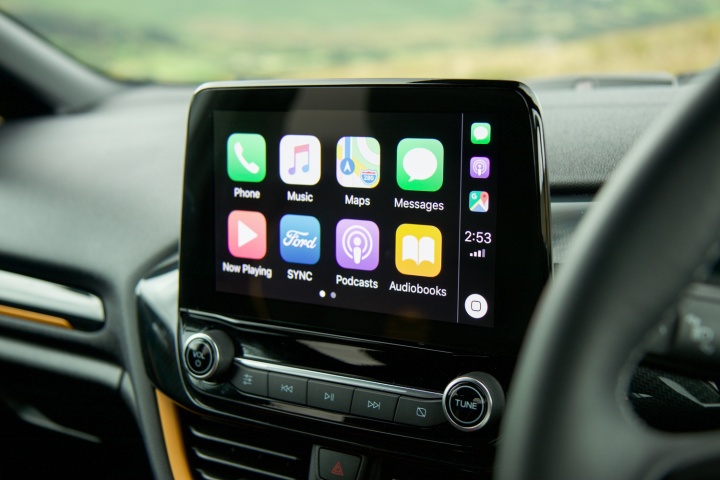 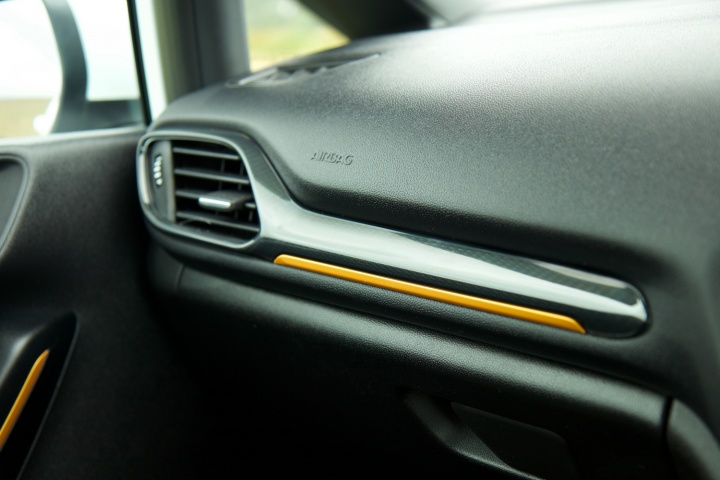 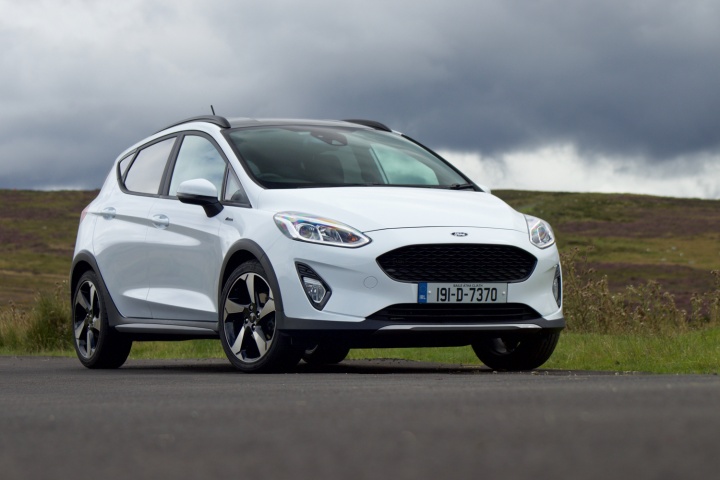 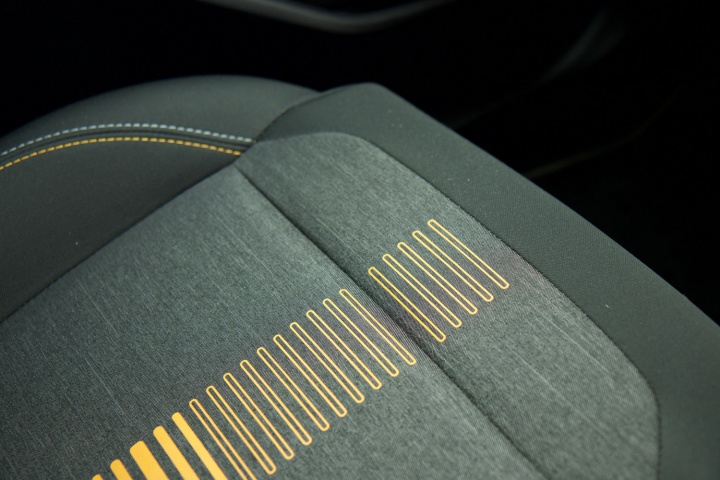 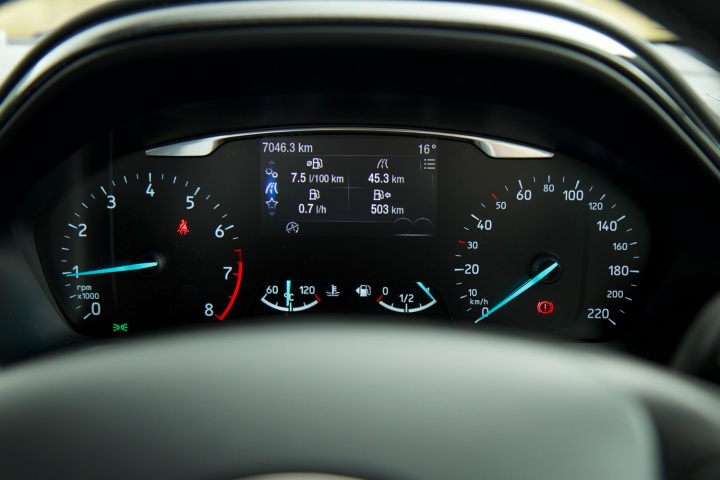 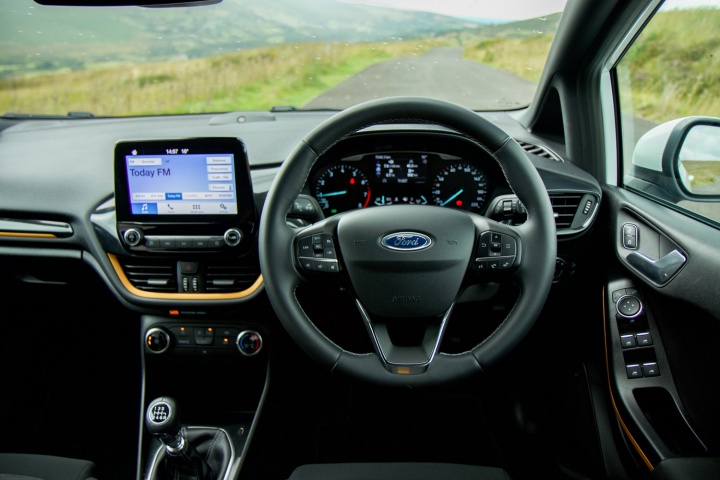 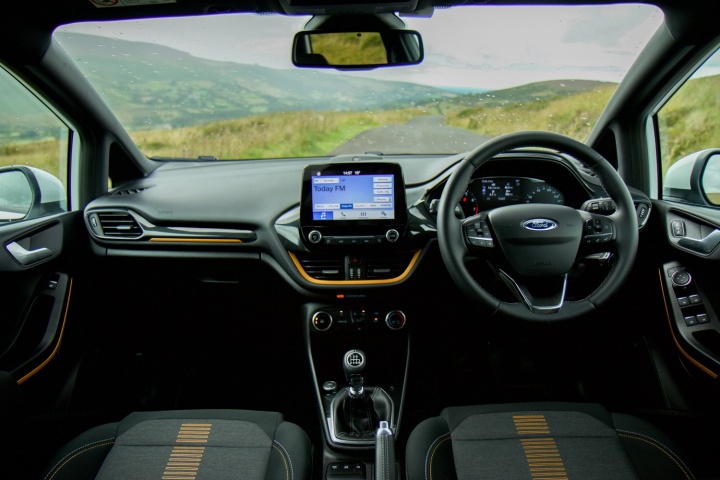 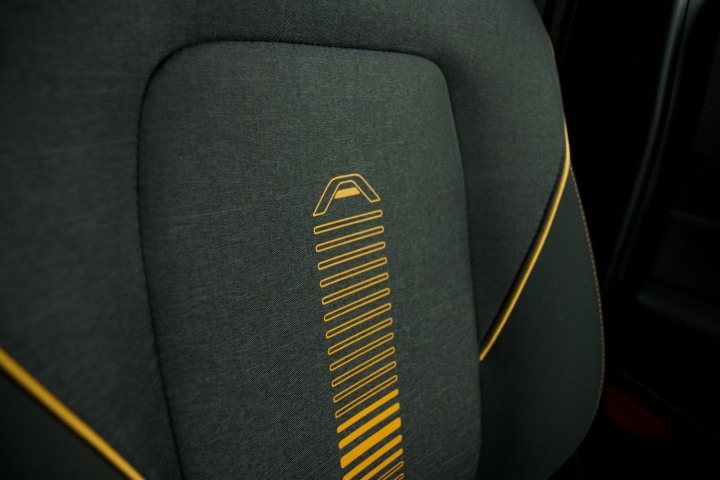 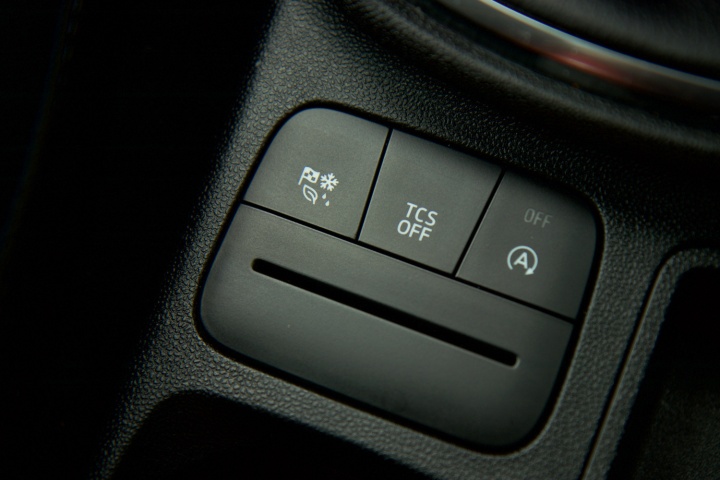 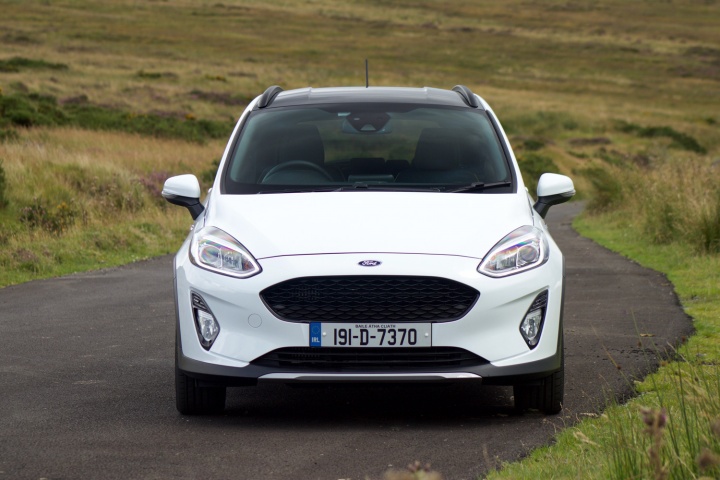 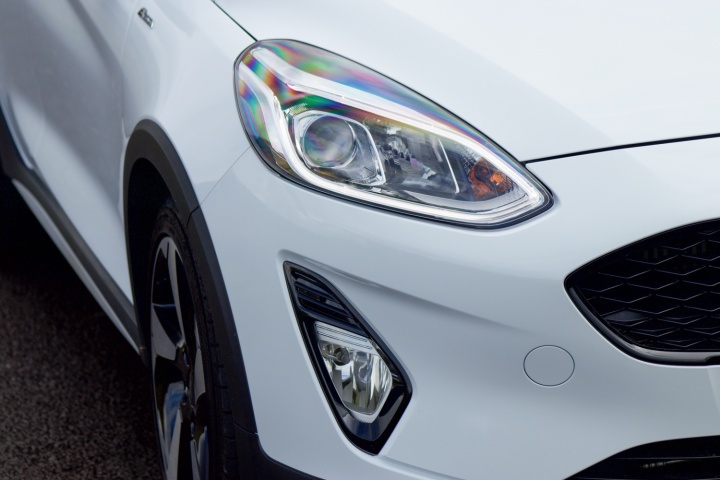 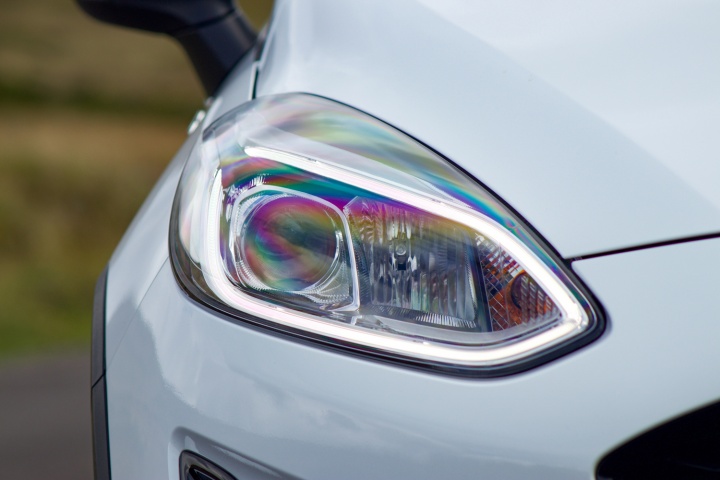 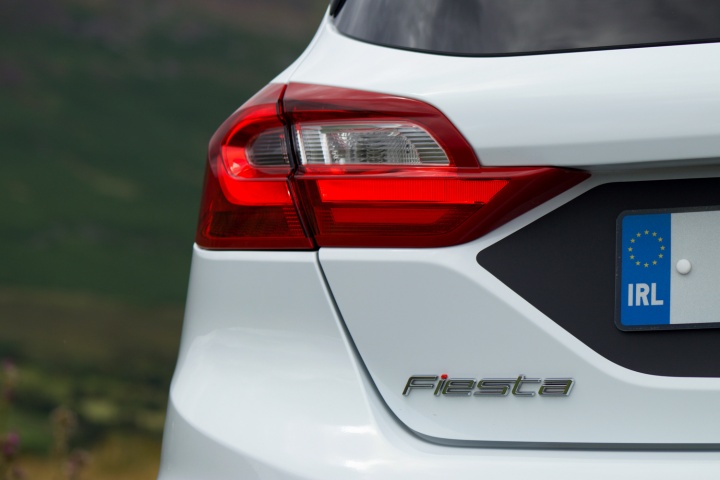 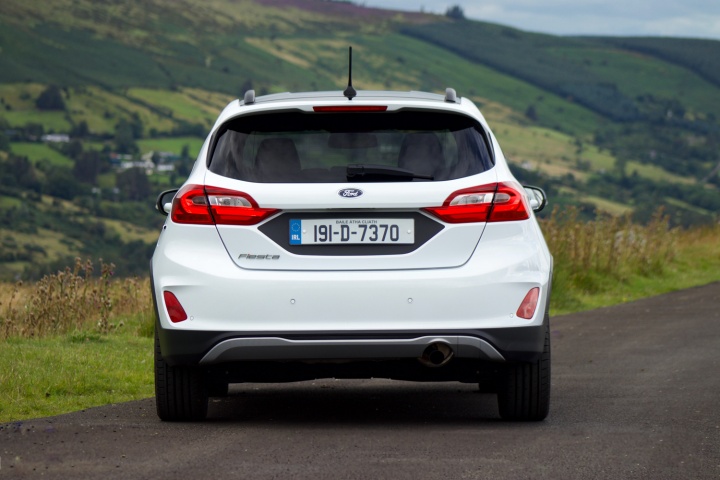 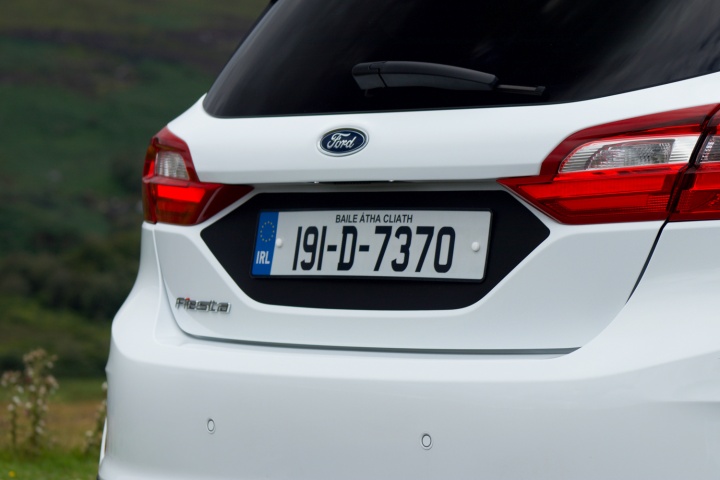 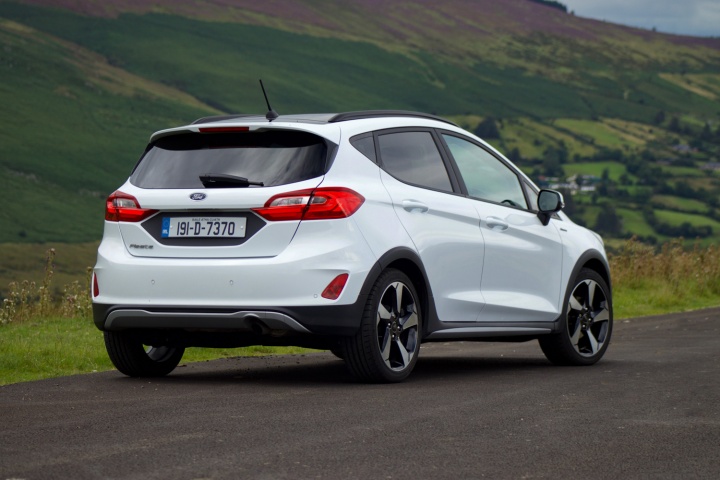 Ford wants you to believe that the Active version of the Fiesta hatchback is actually a crossover SUV. Is it, really, though?

'What am I driving' is more of an existential question than usual this time, as the car I'm driving has something of an identity crisis. It's the Ford Fiesta Active, and it's a slight oddity. In common with other, similar, cars such as the Volkswagen Cross Polo, the Hyundai i20 Active and (obligatory reference to it being a decade or more ahead of its time) the Rover Streetwise, the Fiesta Active wants you to think it can be an SUV. Or at least an SUV alternative.

Now, Ford hasn't done a mere stickers-and-paint job on the Fiesta Active to turn it into a quasi-SUV. Well, not quite. There are a couple of mechanical alterations. The suspension has been changed so that the Fiesta Active rides 18mm higher than standard (not much, but every little helps I guess) and the track is 10mm wider.

The front dampers have been changed too, to provide better bump-absorption over really rough surfaces, while the geometry of the front suspension has been changed as well. Following all that, the steering's been recalibrated.

Then there's the Drive Modes function - a button that allows you to pick from Normal, Eco, Sport and Slippery functions. Slippery is clever, as it helps to keep wheelspin under control on low-grip surfaces, as well as using minute adjustments of the brakes and traction control to keep the Fiesta going straight in really poor conditions. It's not four-wheel drive, but it's something, I guess.

Beyond that, the Fiesta Active looks rather good. The standard Fiesta is handsome enough, but the Active's add-ons - black plastic wheelarch lips and bumper edges, black-finished headlight surrounds, unique grille, black panel around the number plate at the rear and roof rails - really do lift the shape, and give it a bit more character and definition.

Inside, there are little flashes of orange trim and special seat trim, but otherwise it's basically the same as a standard Fiesta. Ours came with the impressive Ford SYNC3 infotainment system with a massive eight-inch touchscreen, and a Bang & Olufsen stereo that can be best described as, well, banging.

OK, so it's not an SUV - and no amount of black plastic wheelarches are going to make it so - but the Fiesta Active is a better package than you might think.

The extra ride height, tougher suspension and broader track may not make it any more useful halfway up a muddy glen, but around town they really come into their own. There's a fractional decrease in ride comfort, but overall the Active is better than a standard Fiesta at dealing with city centre lumps and scars. It's especially good over speed bumps, which makes it something of an ideal school run car.

None of which has detracted from the Fiesta's legendarily good handling. OK, so the higher centre of gravity will doubtless blunt the Fiesta's edge at the very limits of adhesion, but then this is not an ST - it's an Active, so no-one's going to drive it like that. By any other standard, the Active's steering weight, feel and precision and its body control and supple, adjustable chassis are from the top drawer. It's still fun and fluid to drive, and no amount of stick-on 4x4-ness is going to change that.

The 1.0-litre EcoBoost remains a sweetheart of an engine (recent reliability snafus notwithstanding). It still growls sweetly under acceleration, and 100hp is plenty enough in a car the size and weight of the Fiesta.

We love that EcoBoost engine, but it's not the most frugal thing in real world conditions - circa 40mpg is about all you're going to get. The Fiesta's interior is none too brilliant either. Space and comfort levels are fine, but the quality is just not there, and there are too many cheap plastics on display. Finally, there's the price. At more than €20,000 including options, this is a pricey Fiesta, and it's playing against some very tough opposition.

In many ways the Fiesta Active is pretty daft, and being truly realistic there's not much that it does better than a more affordable, standard model. That said, the styling is quite attractive, the Active add-ons really do prove their mettle on lumpy urban roads and the handling and steering are still close to sublime, so we've ended up liking it more than we expected to.

I tend to agree with Neil's summation on this one. There's little need in the world for a Fiesta that wants to look like a crossover, and it has almost zero extra off-road ability, but it's a highly likeable car all the same. It looks good, has a decent level of equipment (albeit at a price) and manages to retain the core Fiesta's fluid chassis.

Neil's right - in the cold light of day, the Fiesta Active doesn't make an awful lot of sense. But a smooth ride, appealing styling and that lovely, if juicy, 1.0-litre EcoBoost engine mean that the Fiesta Active is a damned sight more appealing than a Ford EcoSport. So it's well worth checking out. 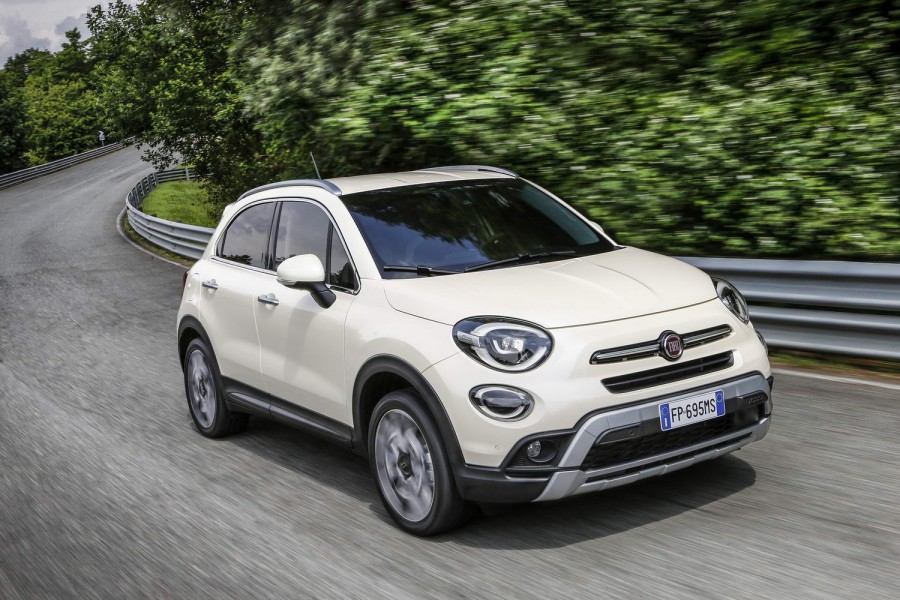 Fiat 500X Cross 1.0 petrol review
Fiat 500X vs. Ford Fiesta Active 1.0 petrol: similar price to the Fiesta, but it's roomier and bigger, and it's a proper crossover. 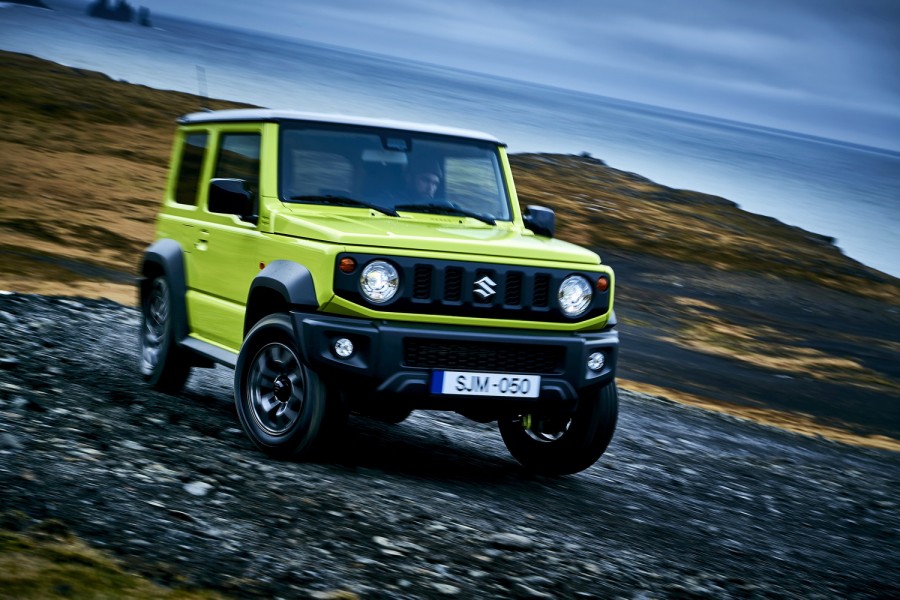 Suzuki Jimny 1.5 petrol review
Suzuki Jimny vs. Ford Fiesta Active 1.0 petrol: you can't officially buy one in Ireland, but this is THE small 4x4 right now. Crude and thirsty, but you'll fall in love with it instantly.