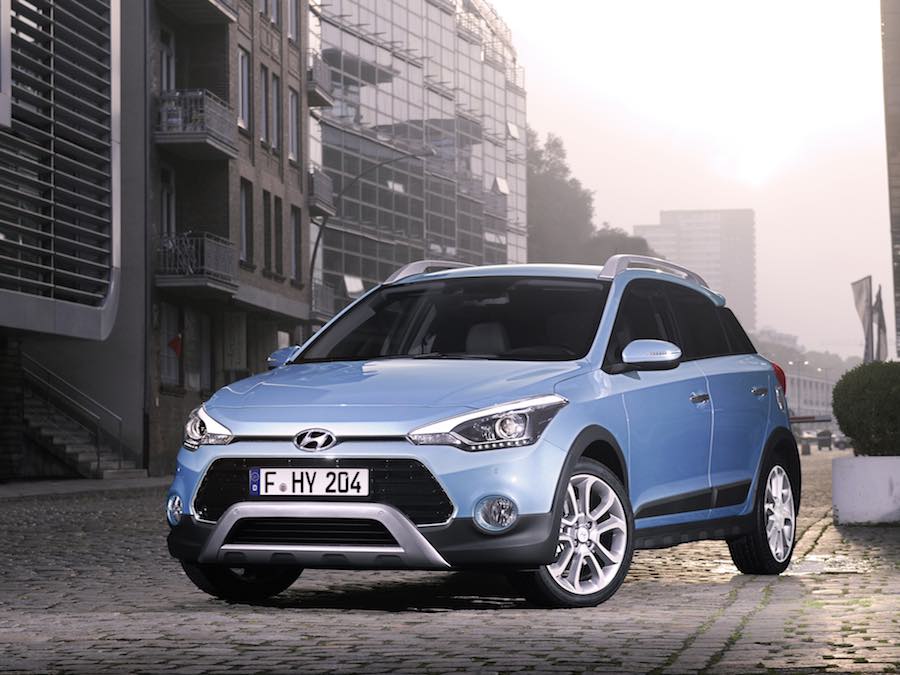 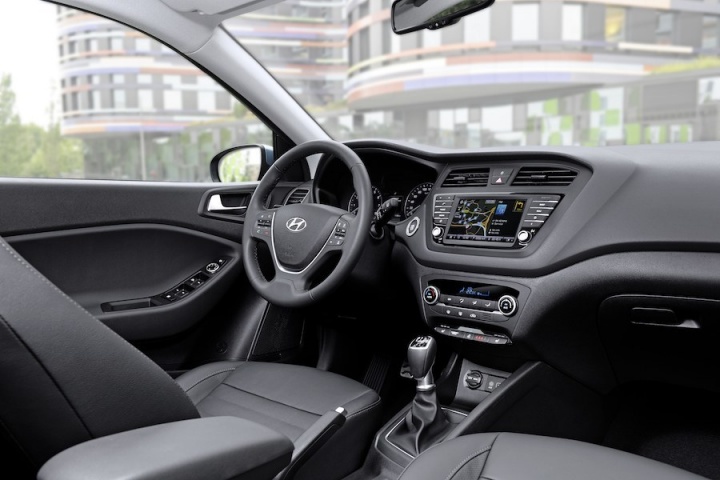 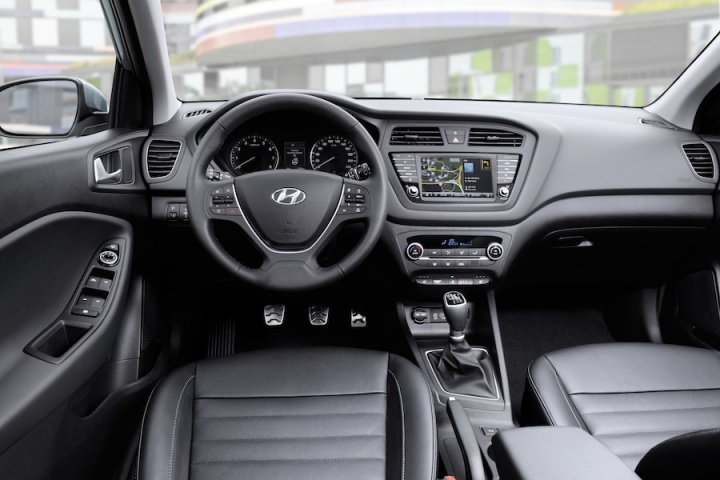 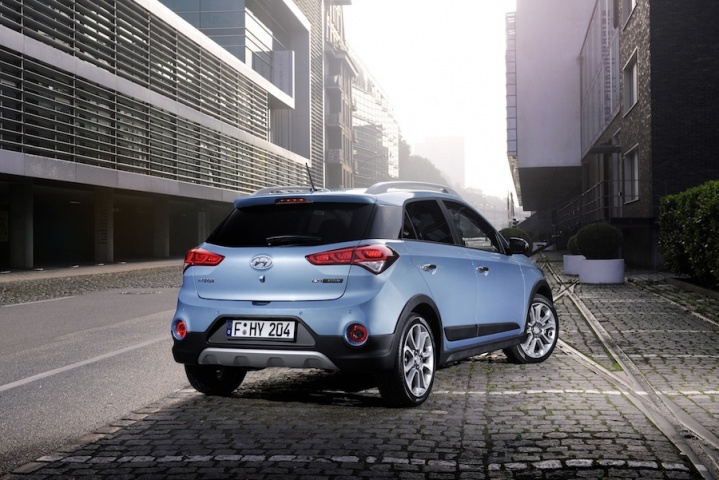 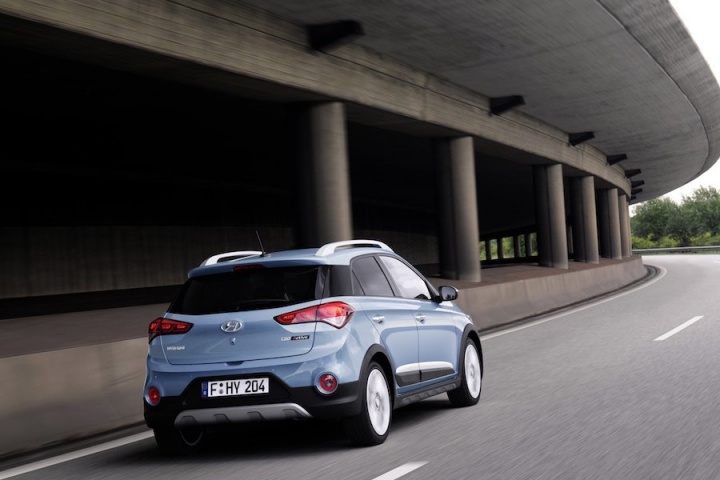 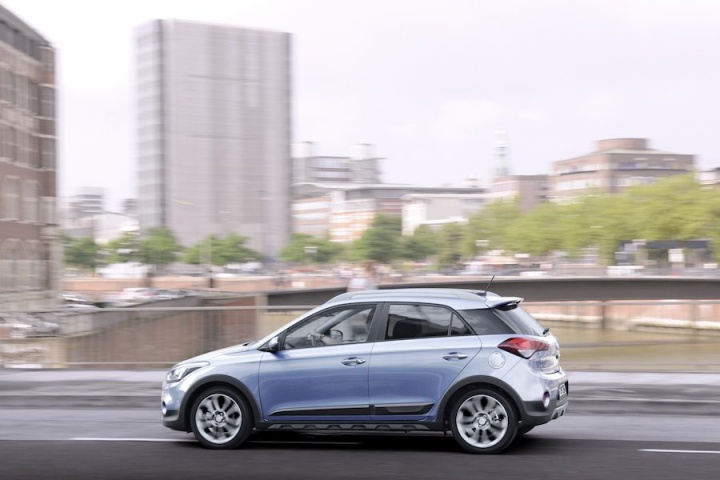 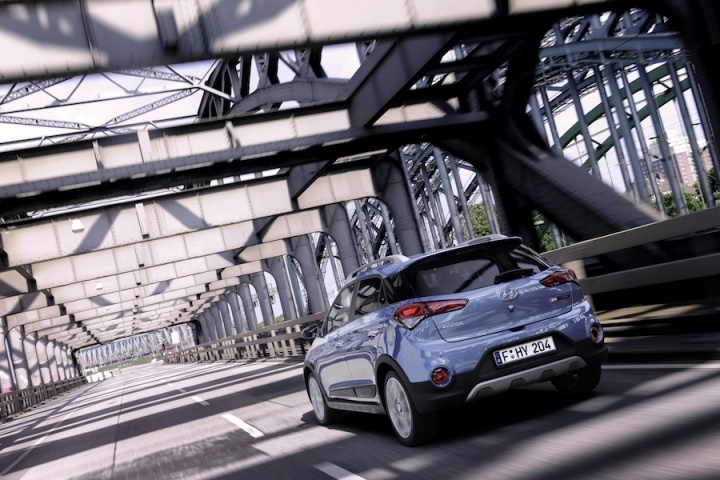 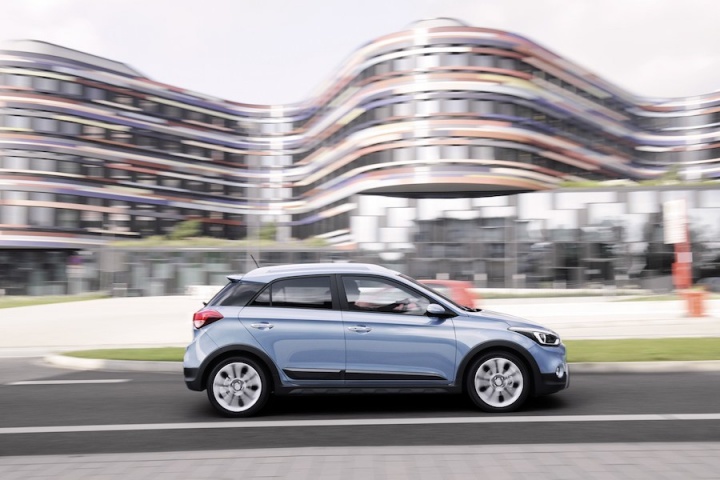 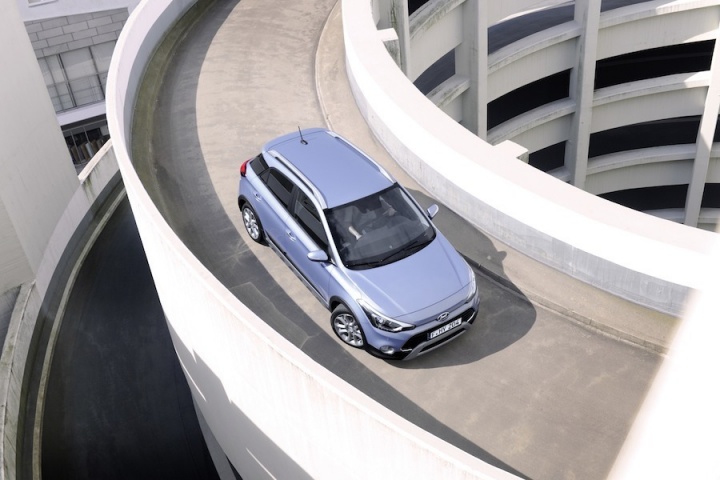 Body cladding and a jacked-up ride height for the Hyundai i20 Active.

Hyundai widens its i20 range with the addition of a crossover variant, entitled Active. Riding a tiny bit higher than its regular siblings, this pleasant B-segment machine doesn't exactly add much in the way of genuine off-road ability, but it will come with a superb 1.0-litre turbocharged petrol engine, which makes it well worth serious consideration.

If you've read enough car reviews of regular hatchbacks, estates and even saloons (Volvo S60 Cross Country, we're looking at you) being turned into 'soft-roaders', you'll know there's a set package of styling additions that turn a normal road vehicle into a crossover-like 'lifestyle' machine. And so the exterior updates for the all-new Hyundai i20 Active should be very familiar to you: we have a bespoke set of 17-inch alloy wheels; there's a lot of black plastic on the lower portions of the i20's body; fake silvery skid plates can be seen peeking out from underneath the restyled front and rear bumpers; and there are some silver roof rails up top to complete the look. Further differentiation from a 'normal' i20 comes in the form of round fog lights at both ends of the car, which are certainly eye-catching at the back.

Mechanically, the Active rides 20mm higher than an i20 five-door, but Hyundai won't be offering four-wheel drive on this 'rugged' newcomer for reasons of unwelcome extra cost. Buyers also might have expected some sort of brown interior trim or 'Active' badging within to mark out the cabin, but alas, no - Hyundai has kept exactly the same passenger compartment as the hatchback i20, save for a slightly different digital display in the instrument cluster. That extra ride height doesn't translate into a lofty driving position, either, so the interior - while comfortable, extremely spacious and well-built - might come as something of a disappointment. Nevertheless, the i20 is a sharp-looking machine in its hatchback guise and the Active is a really appealing little package. The long and short of this? Choosing the taller i20 will exclusively come down to whether you like its pseudo-off-road appearance or not.

The latest Hyundai i20, launched last year, is a perfectly acceptable supermini that never quite hits the dynamic highs of, say, a Ford Fiesta, but regardless of which manages to drive in a highly refined manner that matches - or surpasses - a lot of the competition in its segment. The Active treatment neither improves nor damages the i20's chassis capabilities, but the reason you'll want to give it a go is because of the new engine it sports.

In a move that will do away with the lacklustre, normally aspirated 1.4-litre 100hp petrol the i20 has used previously, Hyundai is now bringing the lovely 1.0-litre, three-cylinder turbocharged T-GDi engine into its fold. This unit has already started to see service in Hyundai's co-brand Kia and its inclusion in the i20 Active really increases the appeal of the car.

Although we are awaiting Irish specifications, we expect two versions of the engine will be offered in the wider i20 line-up, the first being a 100hp variant with a five-speed manual gearbox, with a more powerful 120hp example coupled to a six-speed manual. The Active gets the 100hp version only, although it should be stated that either makes the same peak torque of 171Nm across a wide 2,500rpm band of revs.

And it's a little beauty. Smooth, hushed in operation and yet with enough of that throaty little three-cylinder gargle making its way into the cabin, it's so much more likeable than any other engine we've tried in an i20 yet. It's coupled to a lovely, slick gearbox, decent but not inspirational steering and a fine ride with adequate road-holding. So while the taller suspension doesn't quite turn the i20 Active into a serene, floaty cruiser, the car as a whole is absolutely fine whether ambling around urban areas, driving in the cut and thrust of major road traffic conditions, or cruising along a motorway on its ample torque. It's a likeable little machine.

Although pricing has not been confirmed for Ireland yet, we anticipate it won't be much more than a comparable, regular i20 if it is sold here - albeit the Active sits near the top of the line-up so will likely be in the mid-€20,000s ballpark. However, it should prove to be a lot cheaper spec-for-spec than some of the opposition in this marketplace, given those vehicles are more SUV-esque than the i20-based Active.

The Hyundai i20 Active makes a lot of sense in its marketplace as, rather than being akin to a very small SUV - which is the route taken by the likes of the Nissan Juke, Ford EcoSport and Opel Mokka - it's instead just a high-riding, plastic-clad hatchback. That does mean it should be cheaper than much of the opposition once prices are confirmed. And the clincher is the Active's superb 1.0-litre T-GDi engine, a charismatic powerplant that improves the i20's driving manners no end. 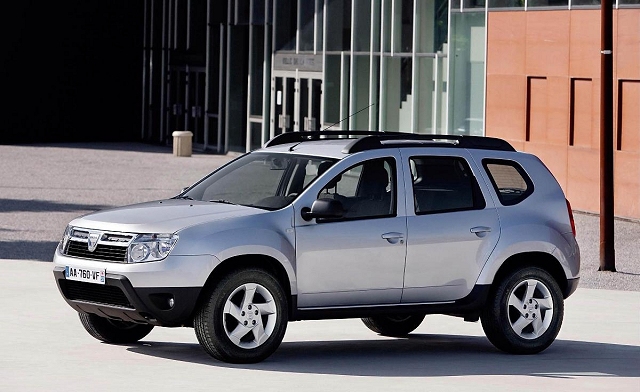 Dacia Duster 4x4 review
Dacia Duster vs. Hyundai i20 Active: a lot of car for not a lot of money, if you want a crossover, although you'll have to swallow some quality compromises compared to the i20 Active. 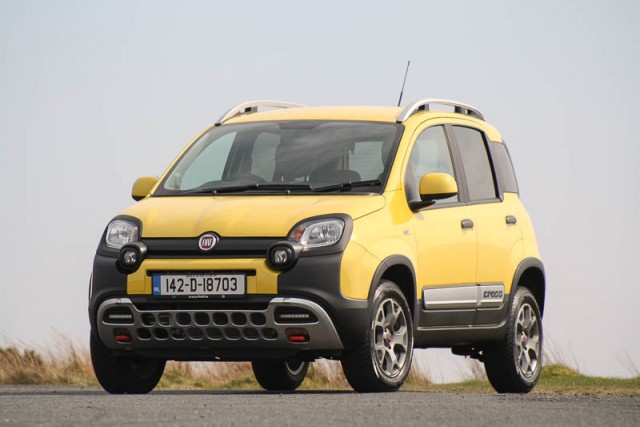 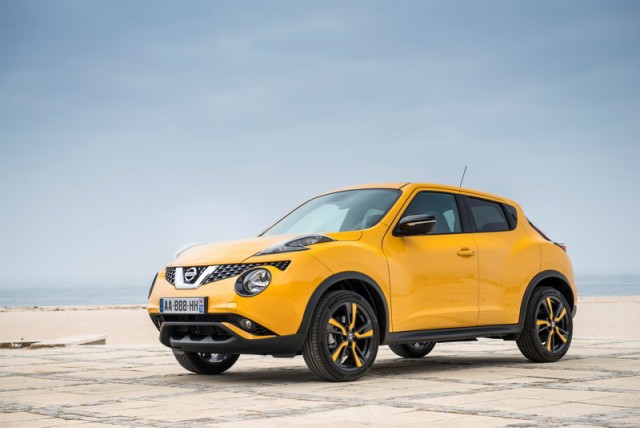 Nissan Juke review
Nissan Juke vs. Hyundai i20 Active: almost the default choice for a compact crossover, its styling is idiosyncratic to say the least but it's a phenomenally popular machine - for good reason.