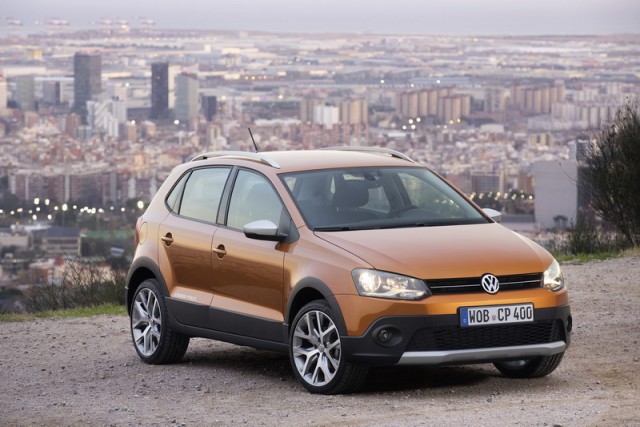 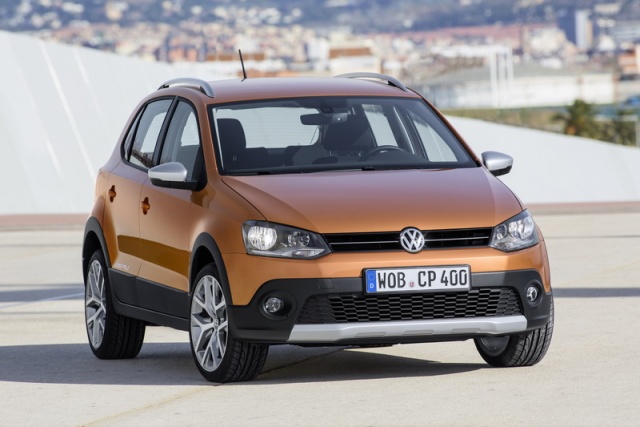 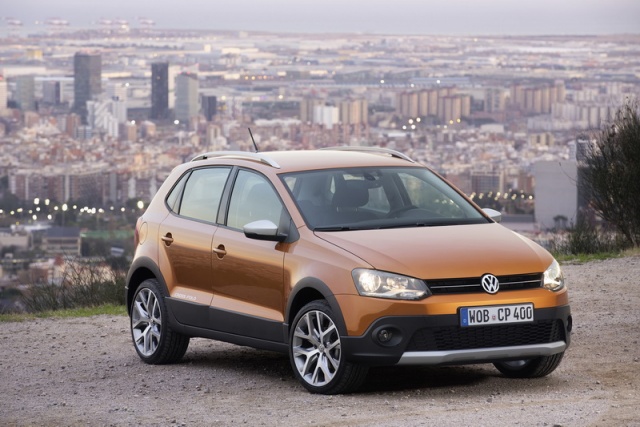 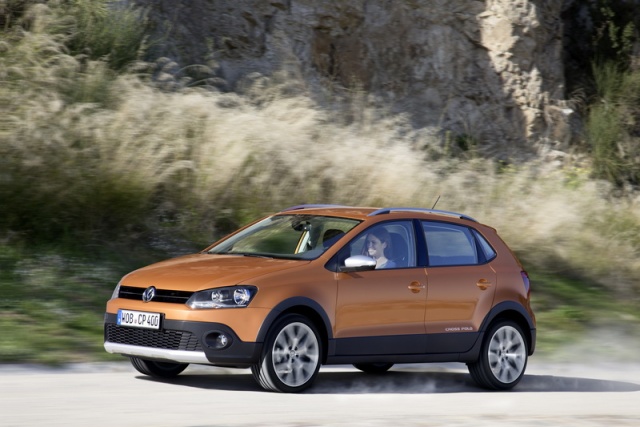 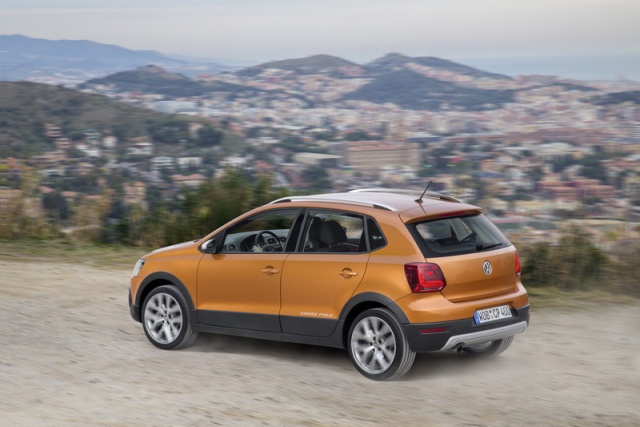 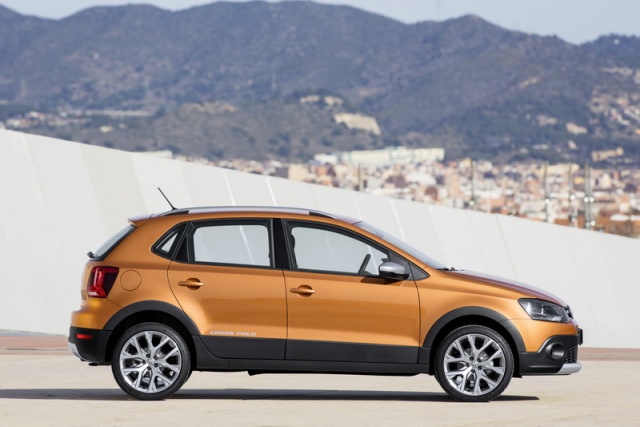 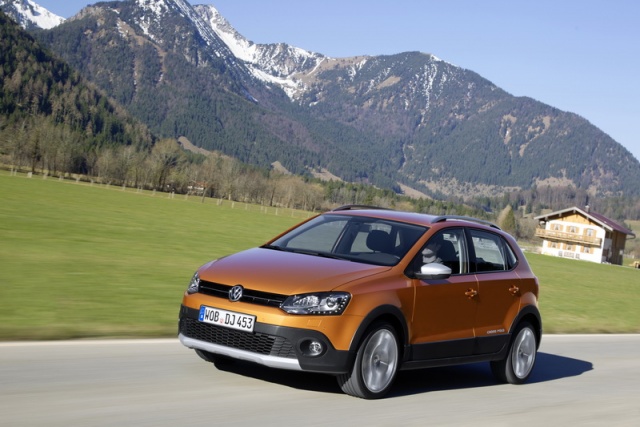 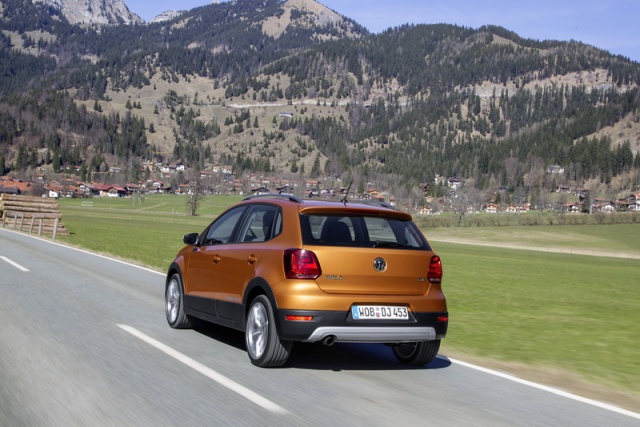 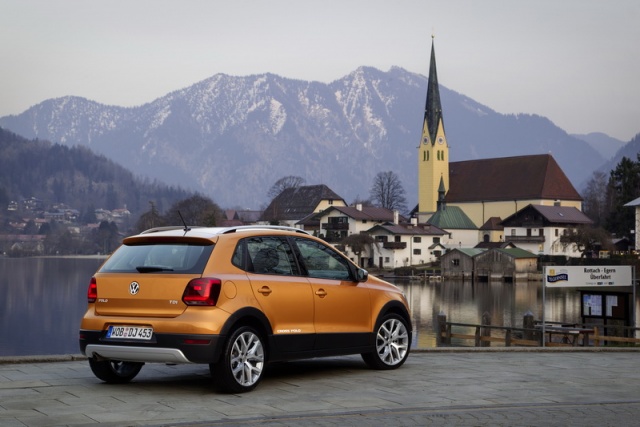 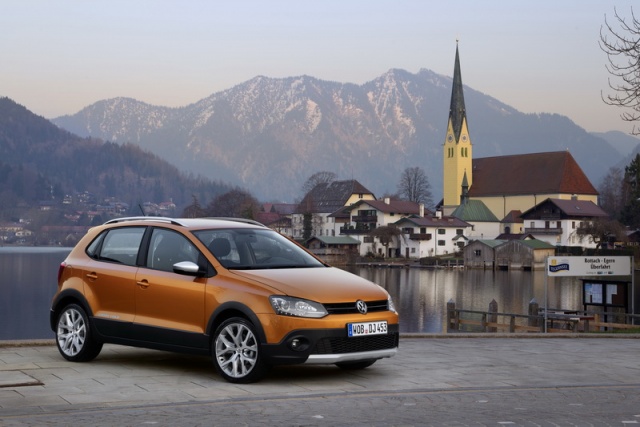 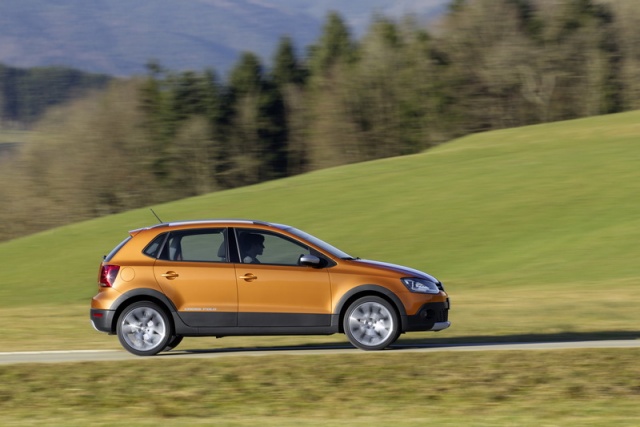 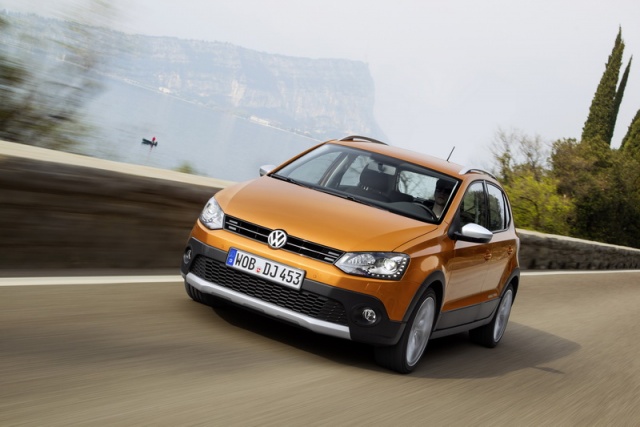 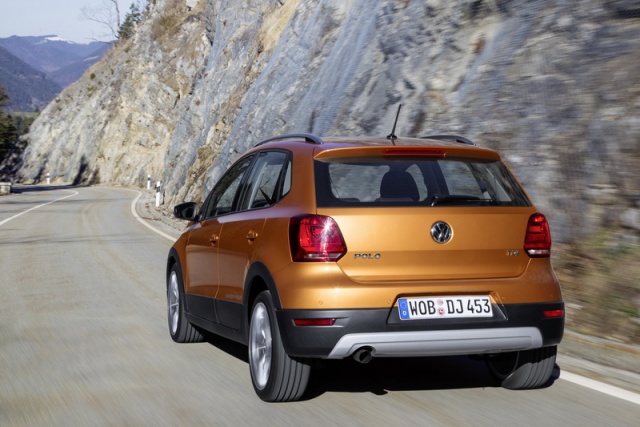 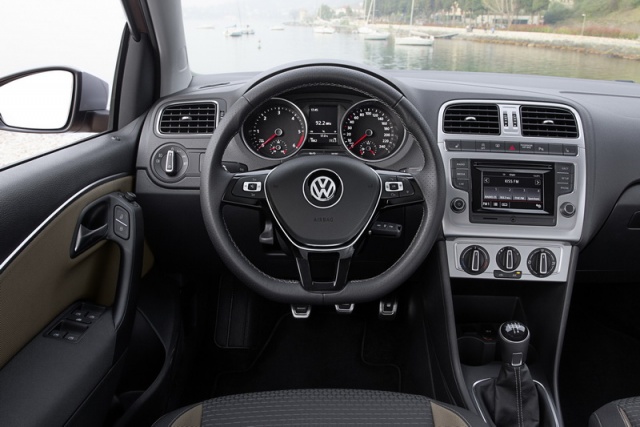 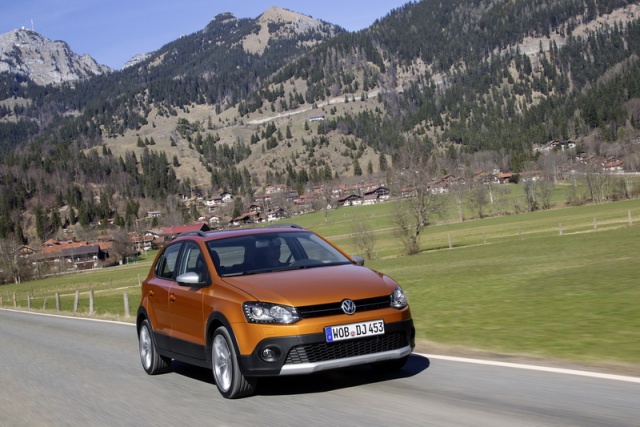 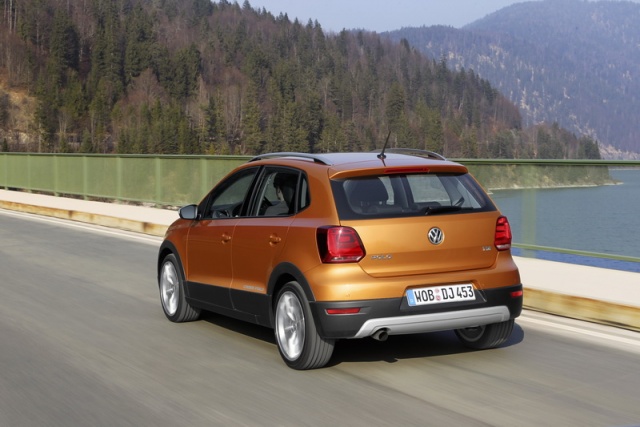 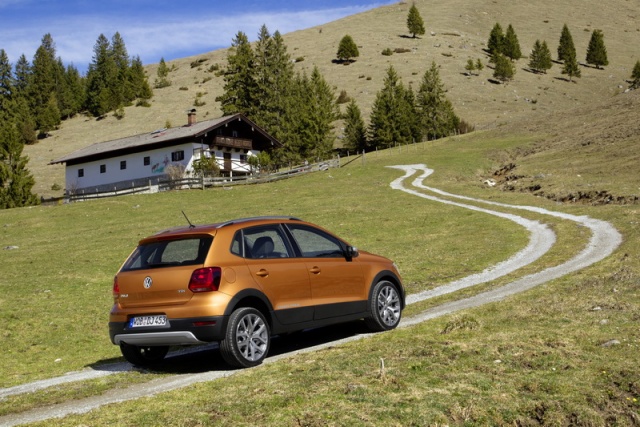 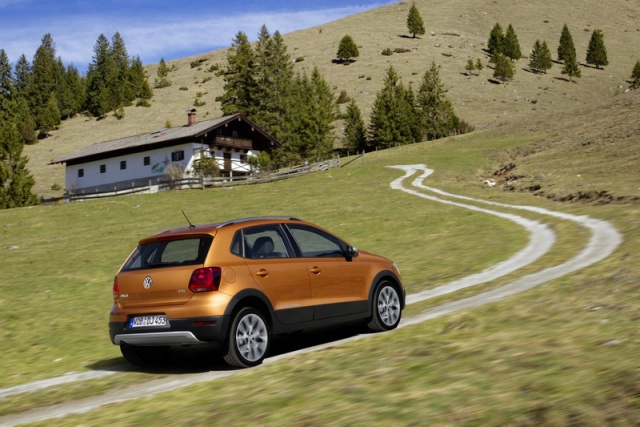 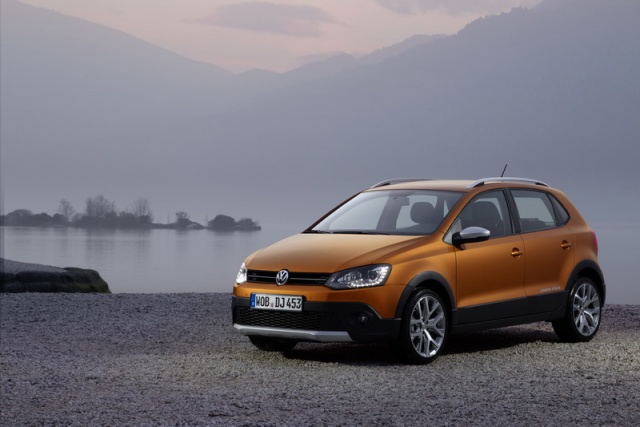 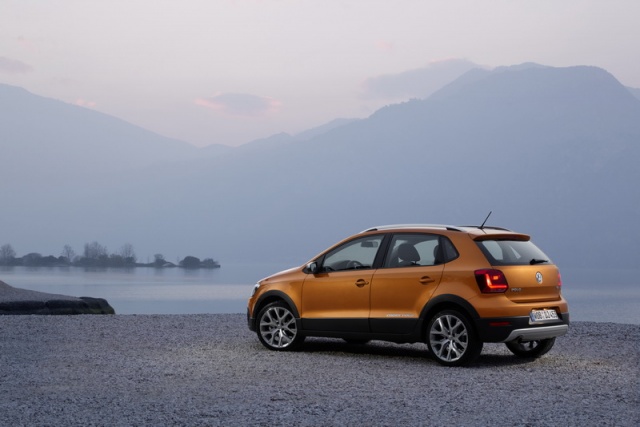 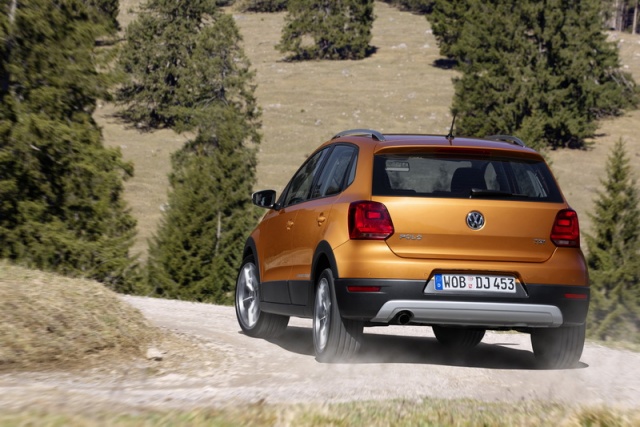 The Cross Polo has also come in for revision - mostly under the bonnet. We've driven it.

Aesthetically not a great deal has changed in this new version of the Cross Polo. It might not have any real off-road abilities in the mechanical sense, but it does look the part. Its suspension may only be raised by 15mm, but the combination of that plus the unpainted plastic wheel arch trim and panels along its sills give the car a purposeful stance.

Helping to make it feel a bit more unique are a set of specific bumpers along with silver anodised roof rails and matching door mirror housings. New 17-inch 'Canyon' alloy wheels give a further hint at the sporty (in the recreational sense) side to the Cross Polo.

Like the rest of the Polo models, interior design and quality do much to portray the car as a junior Golf, and to a degree Volkswagen has done a pretty good job at it. The cabin is well laid out and the materials used are as you would expect to find in a car at this price point. The most noticeable addition to the interior is the new five-inch touchscreen infotainment system that dominates the centre console. There is also the option to upgrade to a larger 6.5-inch version. Volkswagen has updated the software in this unit to make it easier to input destinations on the optional satellite navigation system while it also cleverly displays control options when it detects your finger moving towards the screen.

Around the cabin there is plenty of little storage compartments, all of which are quite useful. Rear passenger legroom isn't overly generous, although ingress and egress isn't an issue. The boot has quite a wide aperture and although it might not be huge at 280 litres, it does make getting larger objects into it that bit easier. The rear seats can also be folded down easily to expand cargo capacity to 952 litres.

Buyers will have a choice of either a 1.4-litre TDI diesel engine or, in the case of our test car, a 1.2-litre petrol TSI unit. There's little to separate them either - both produce 90hp - although the diesel does generate 230Nm as opposed to the petrol's 160Nm. With emissions of 110g/km from the petrol car and 94g/km with diesel, there's just €10 in the difference when it comes to road tax.

The petrol engine performs well and is well-suited to town driving. Improvements in noise insulation for the cabin mean that the petrol version feels quite refined even when revved that bit higher. At motorway speeds it could benefit from a sixth gear, but the current five-speed gearbox is set up well enough to suit drivers who prefer sticking to towns and back roads.

Despite having that additional 15mm suspension height over the standard Polo the overall ride isn't noticeably different, nor is there any more body roll. Steering is reasonably well-weighted, which makes the whole package feel substantial. It doesn't offer tremendous levels of feedback but most prospective buyers in this part of the market are unlikely to have that particular quality too high up on their list of priorities. One aspect where the Volkswagen does disappoint is rearward visibility. Both the rear view and door mirrors are on the small side; I feel they could be more generously-sized.

Given that the Cross Polo lacks any off-road ability, the only real selling points come from its looks and specification. The chunkier styling may appeal to some who are considering a crossover despite not necessarily needing one, though being that bit smaller could be a limiting factor with some families. The upside to the Cross Polo is that it does come quite well equipped, matching much of what appears in the Polo's 'Comfortline' trim level.

Unlike the standard Polo model, the Cross Polo comes only in five-door guise, which does give it some added practicality. Volkswagen also doesn't offer an automatic transmission option with the Cross Polo, just five-speed manual gearboxes with both petrol and diesel engines.

When it comes down to niches the Volkswagen Cross Polo (almost) has an entire one to itself. Any lack of true off-road abilities isn't missed in this case; it is a car that will be bought purely on visual appeal. And with little performance difference between the petrol and diesel engines, combined with just a €10 cost difference in road tax rates, the petrol-engined version, which comes in just over €2,000 less, should make for an easy decision for those wanting to make a purchase.