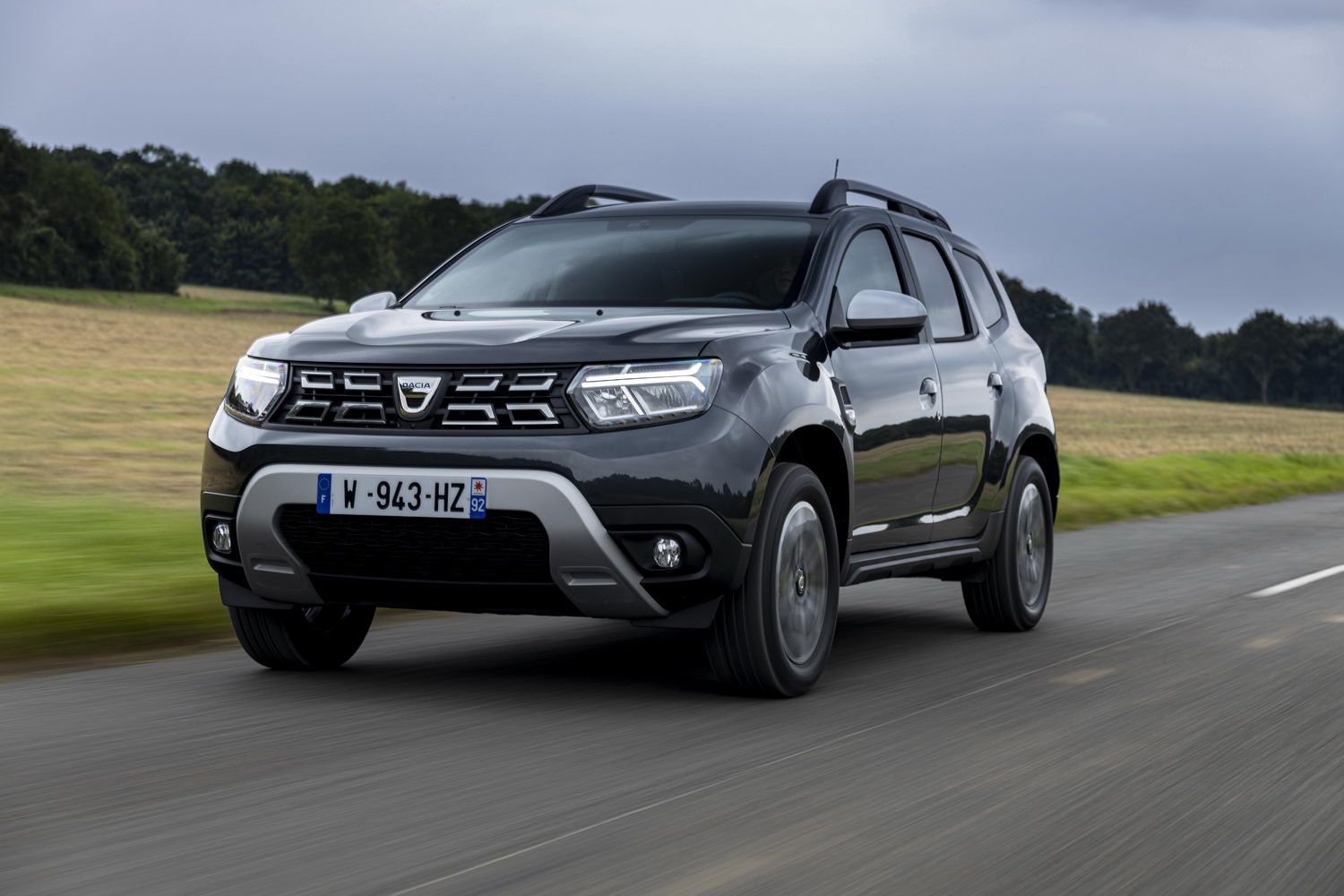 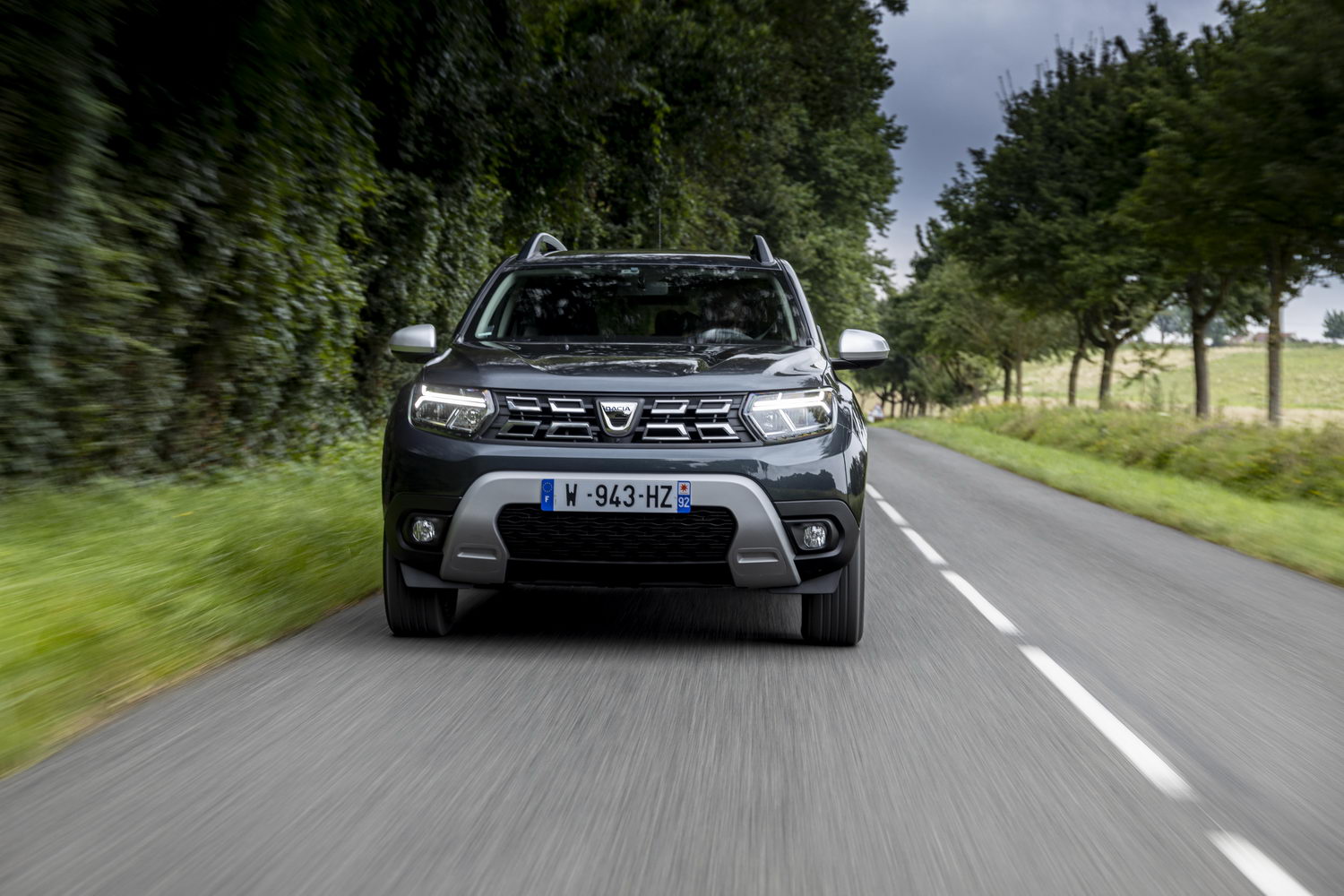 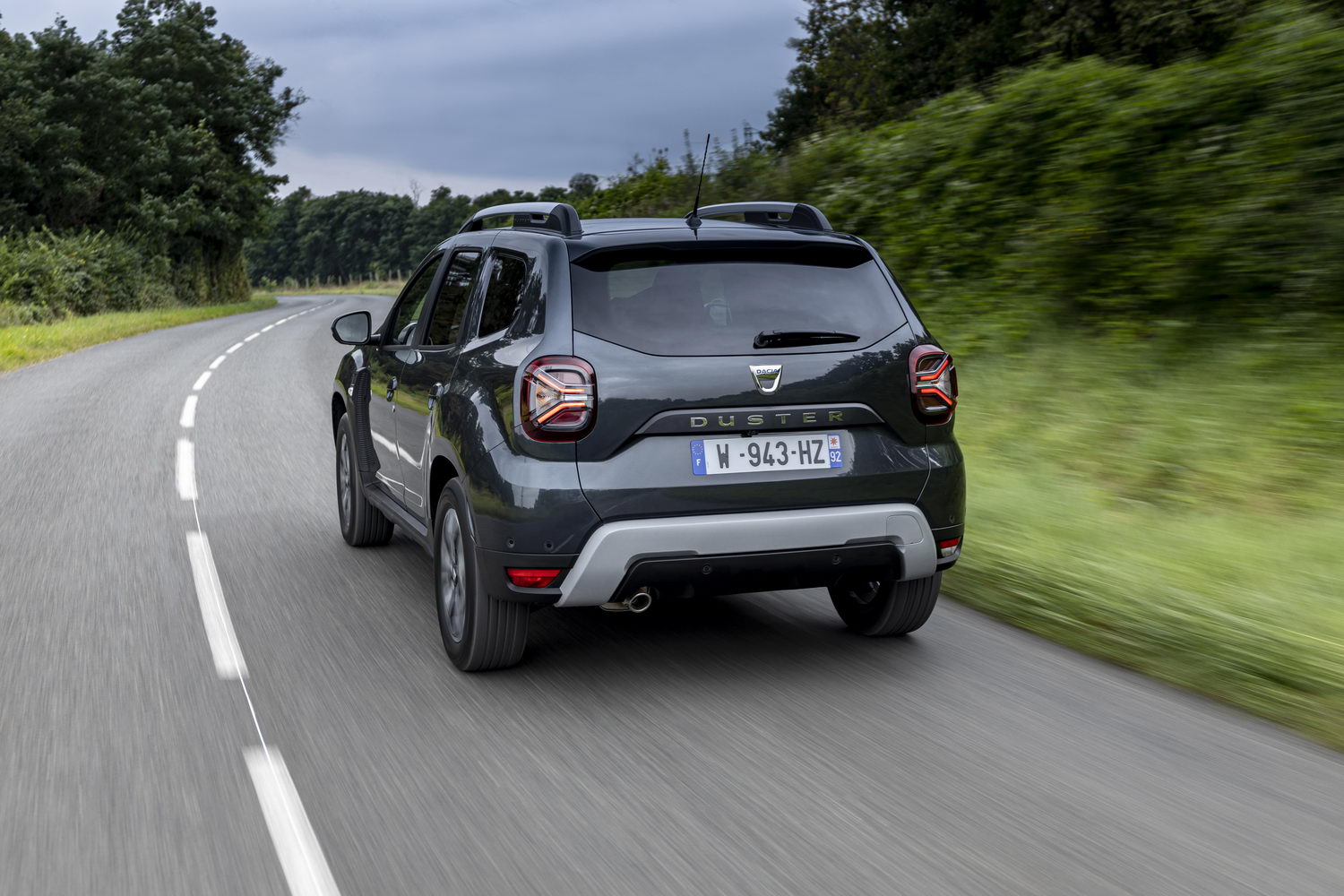 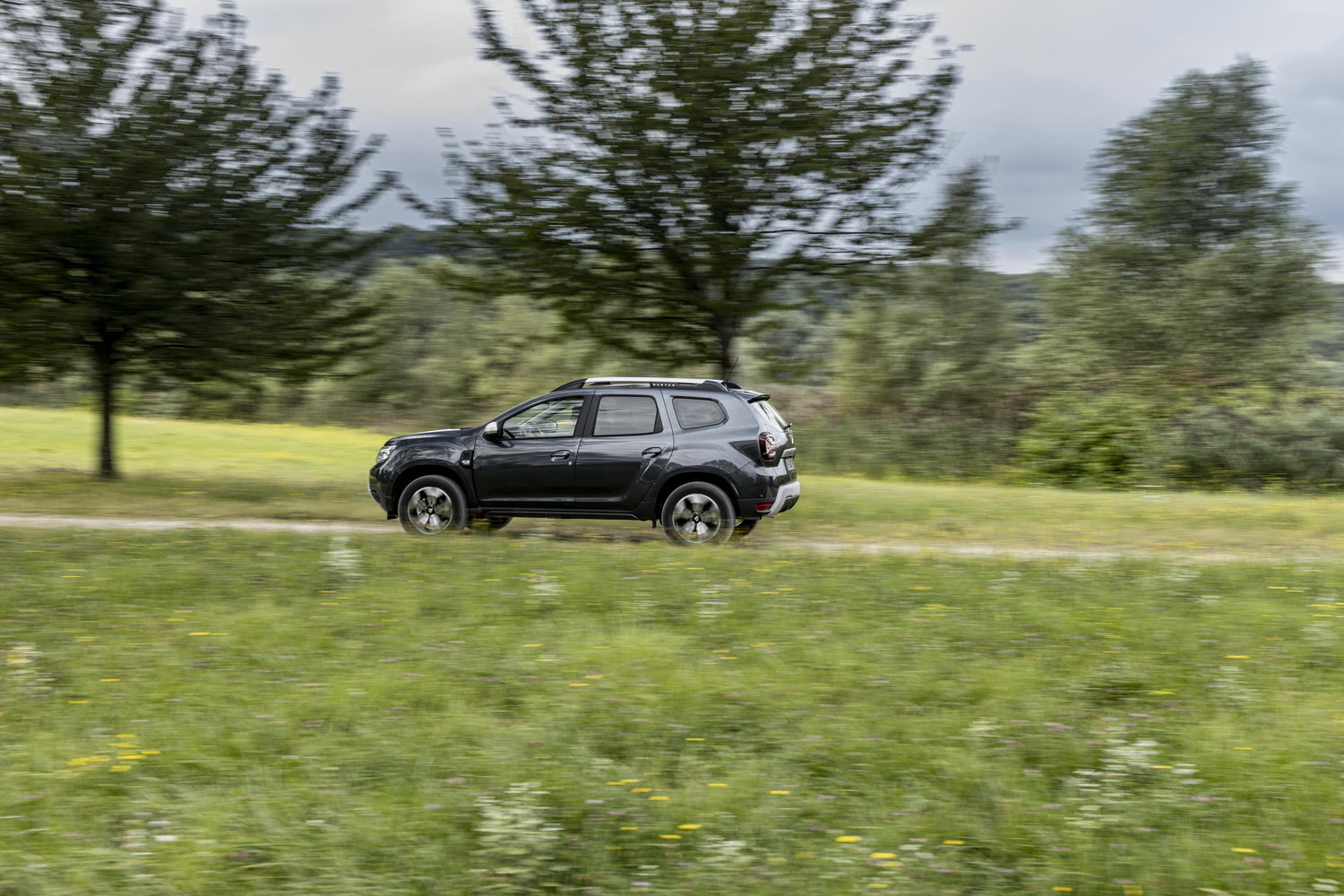 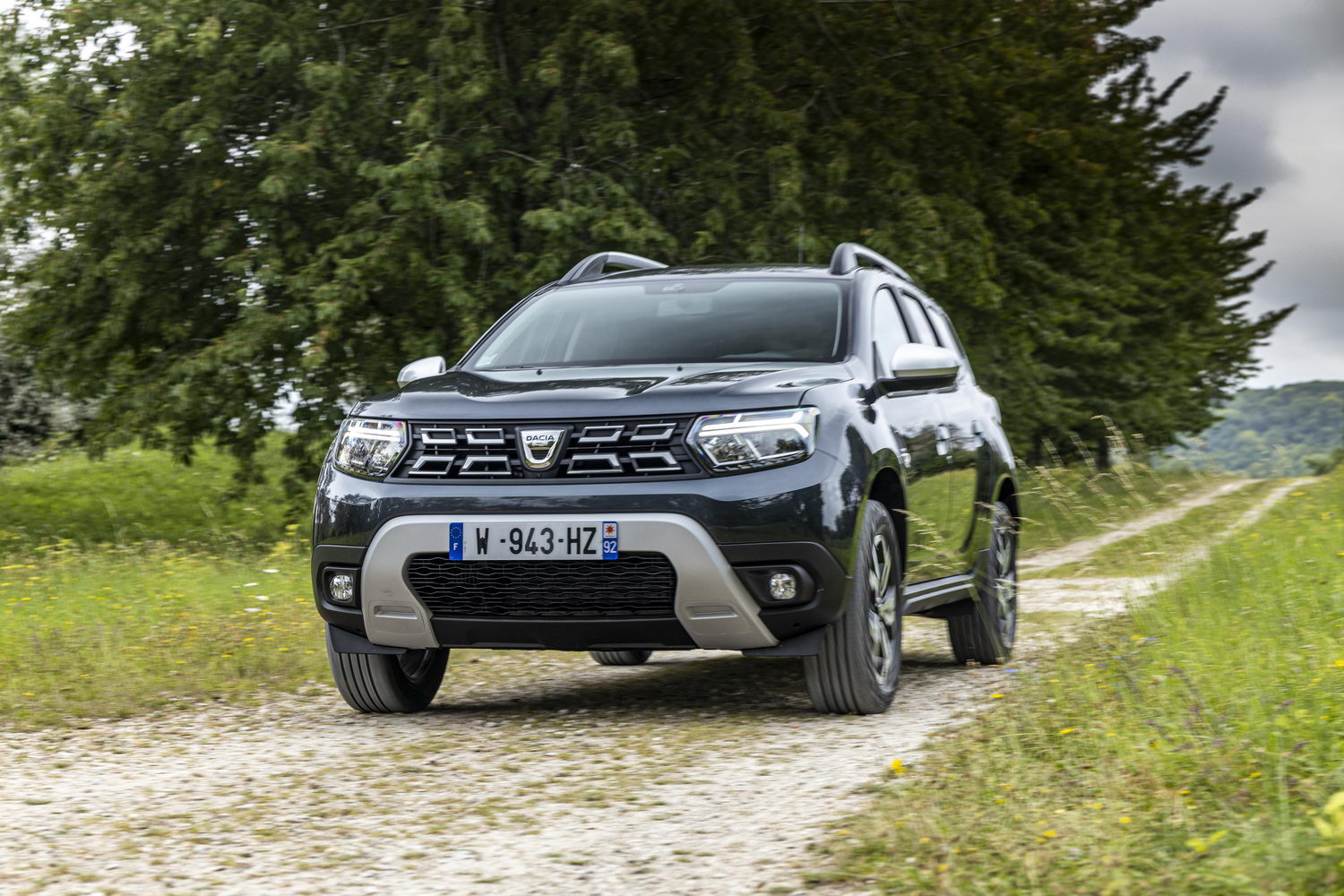 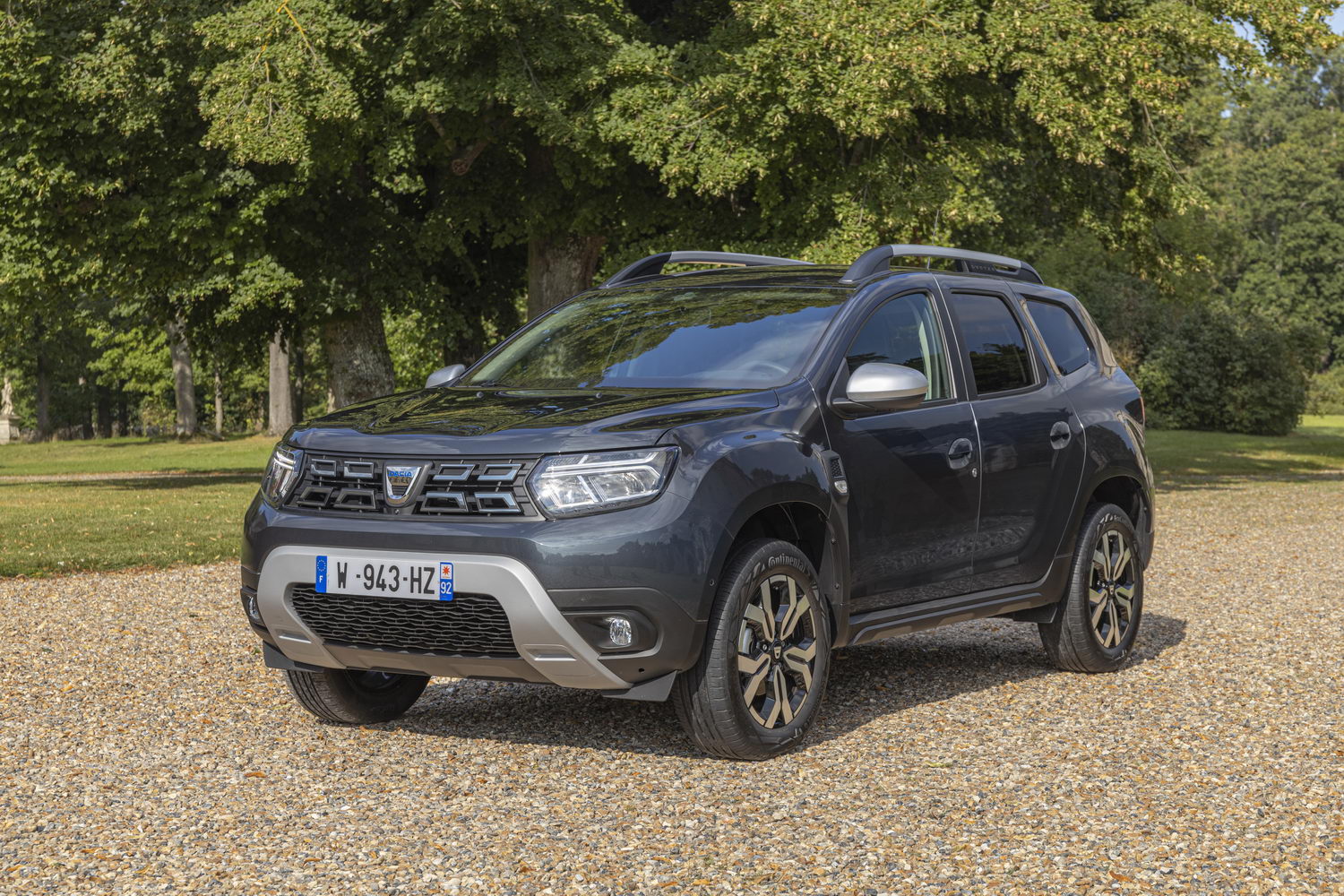 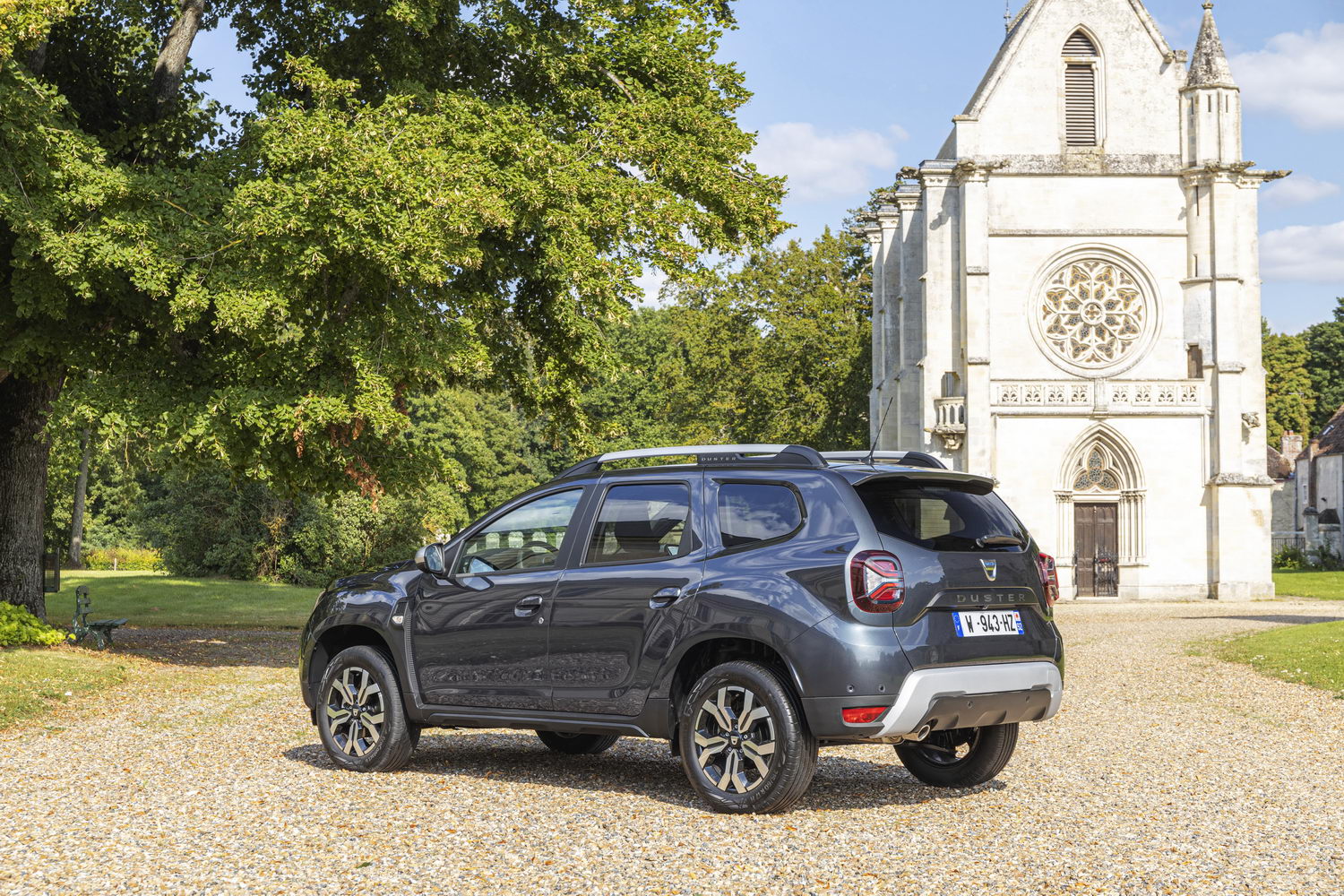 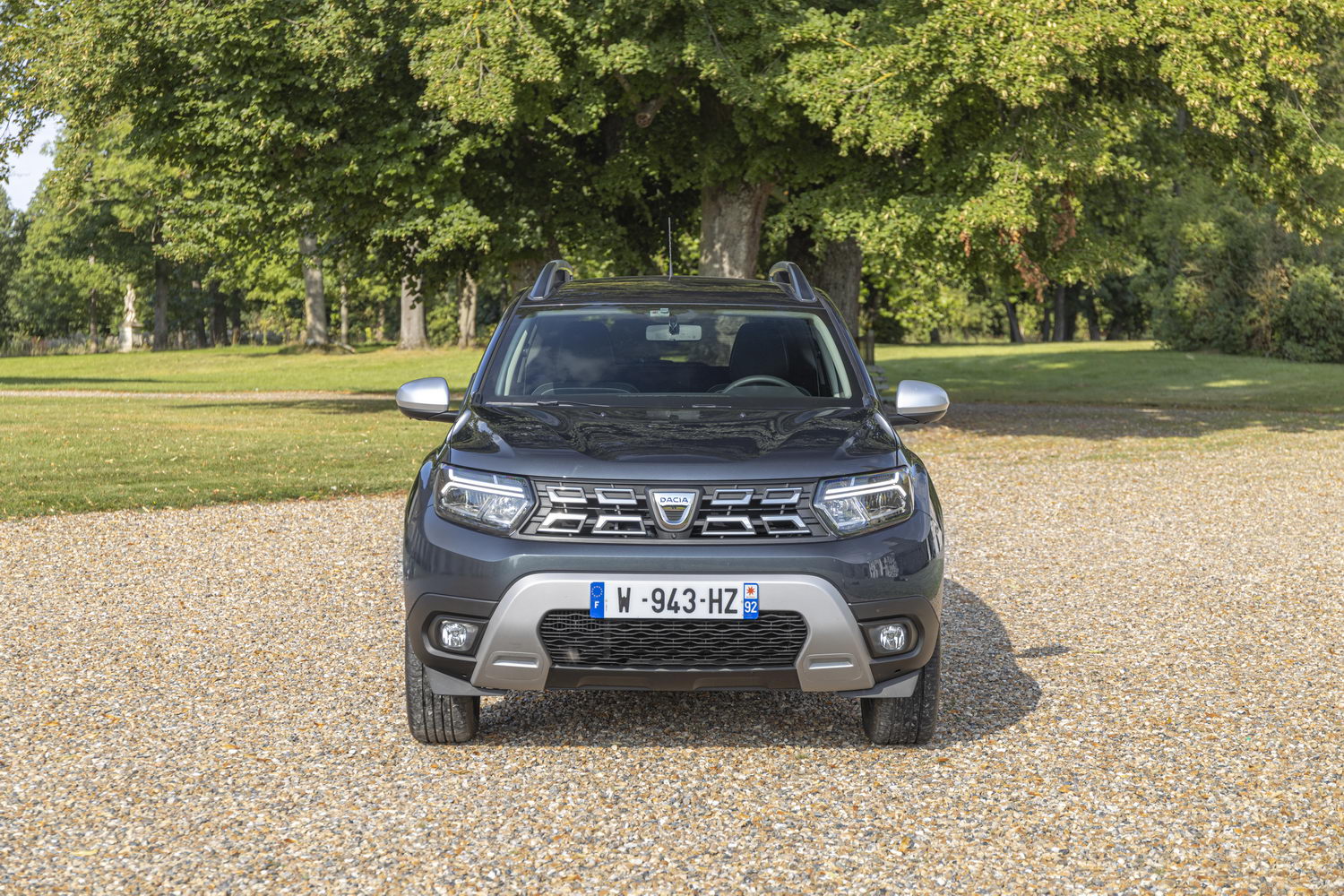 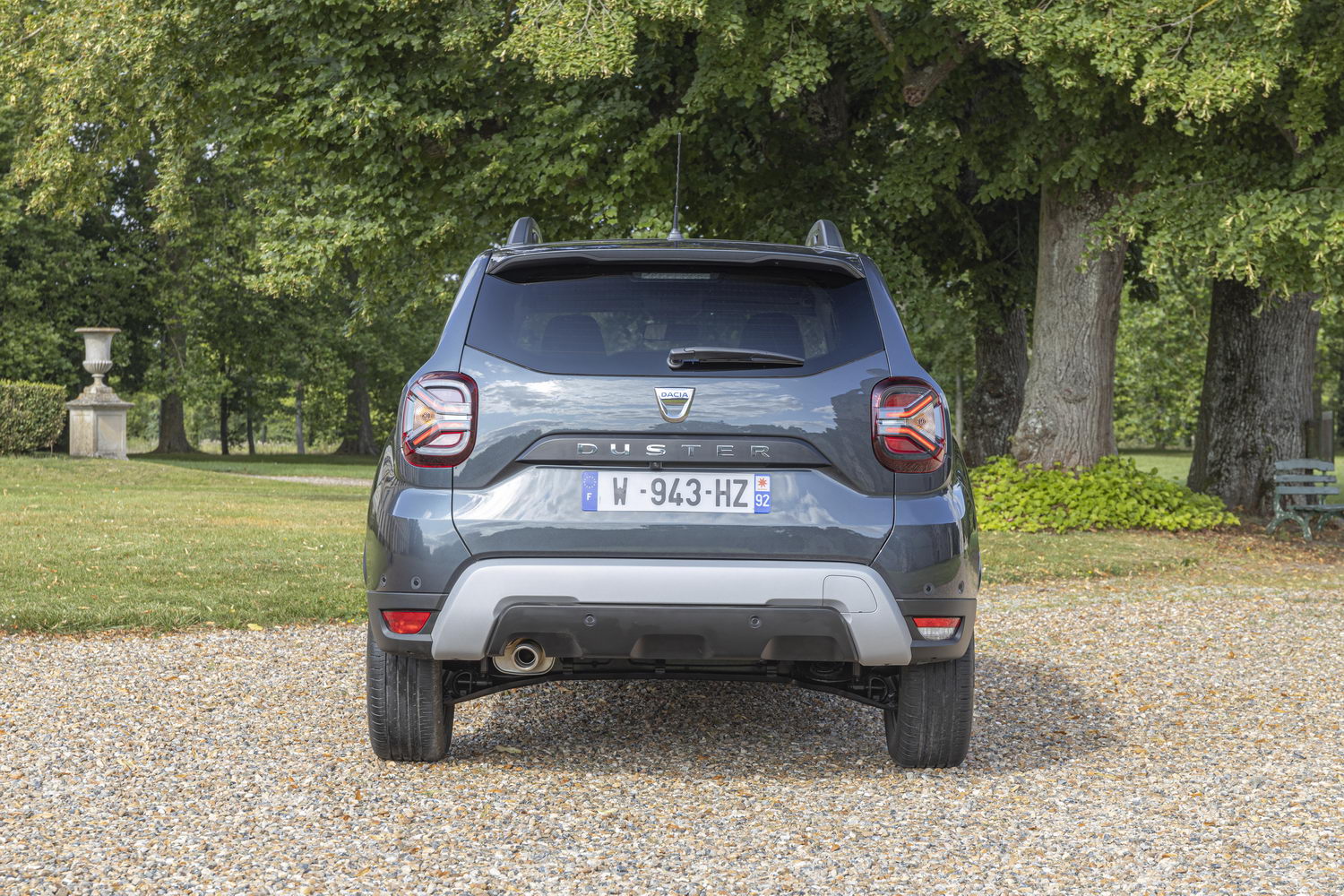 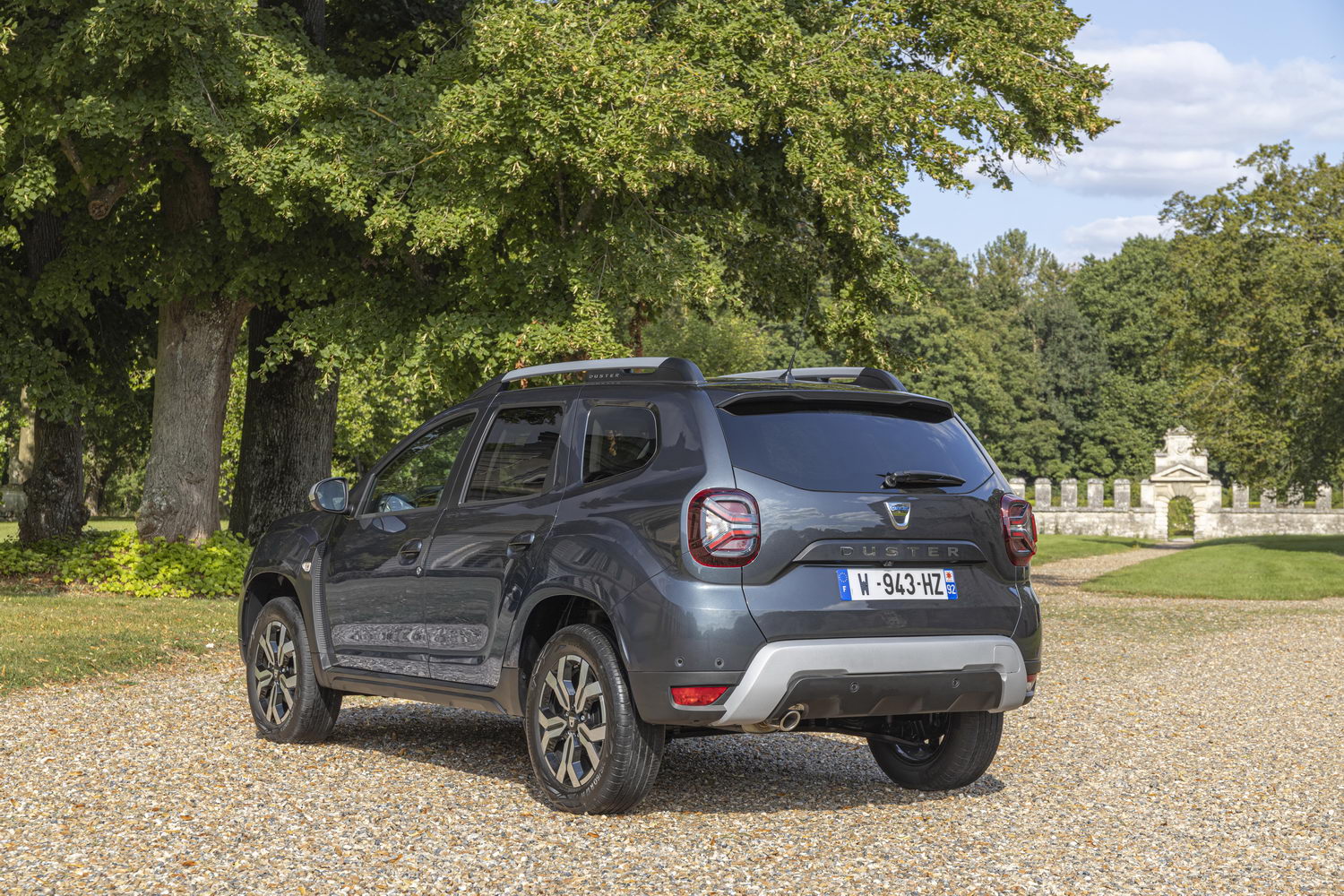 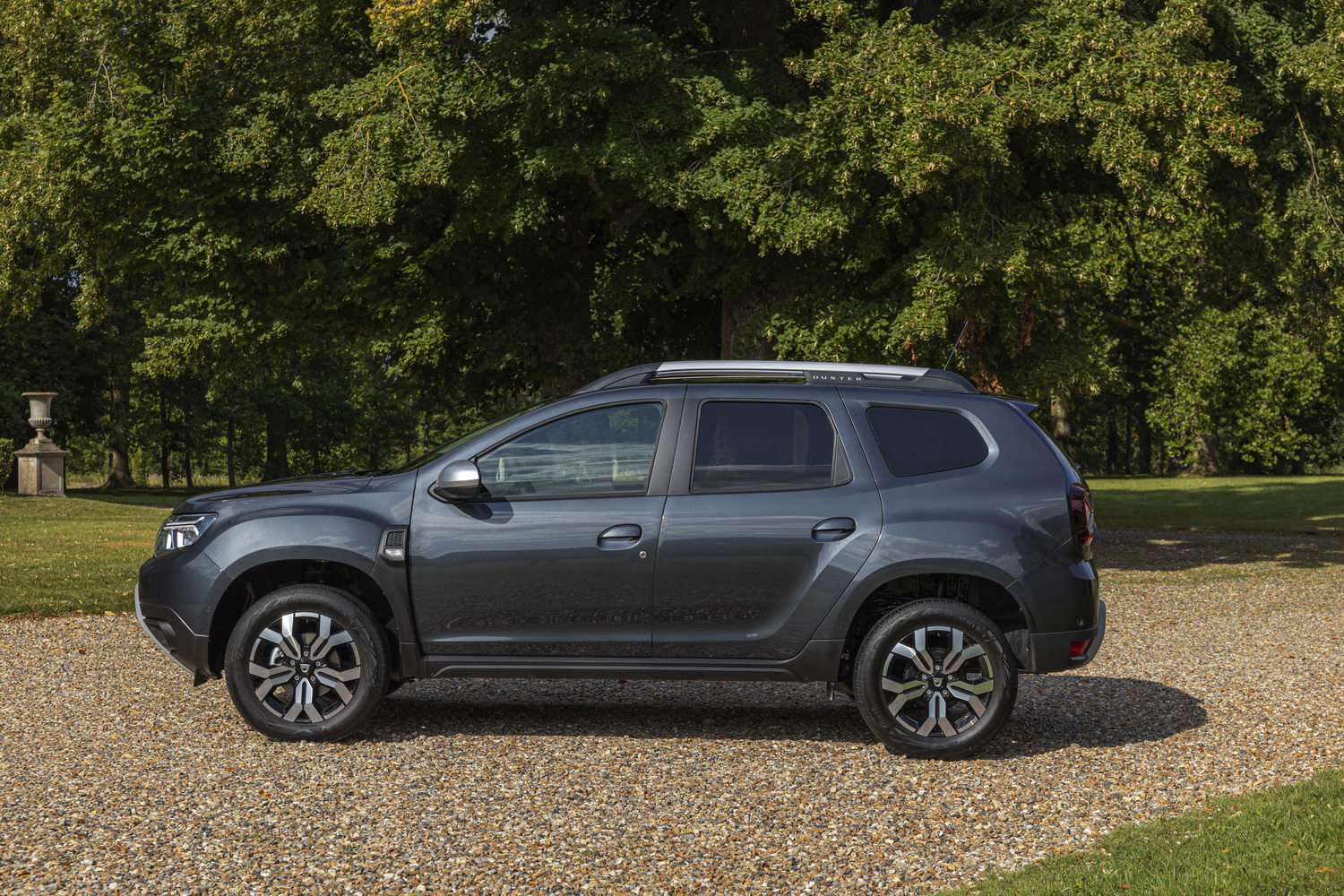 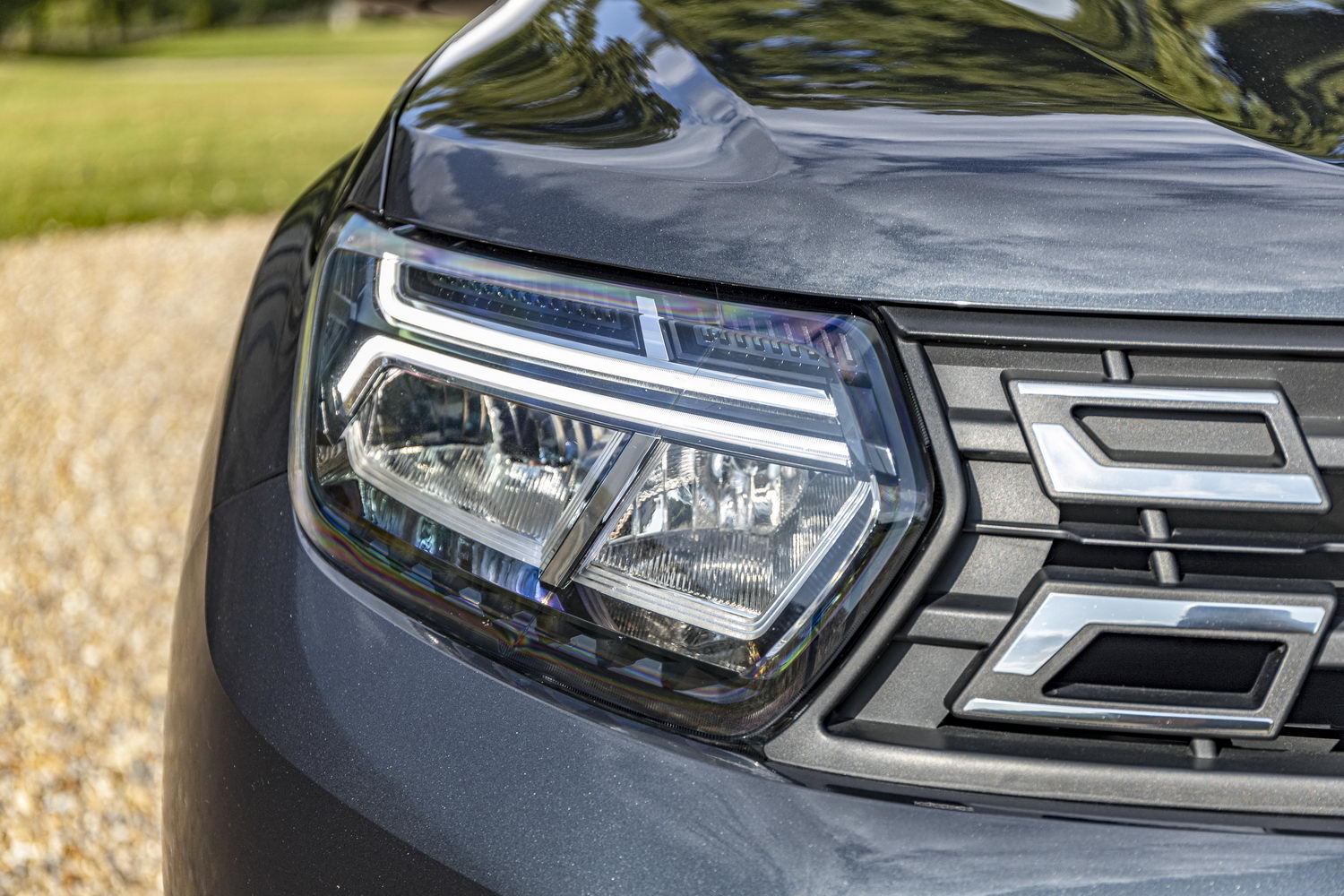 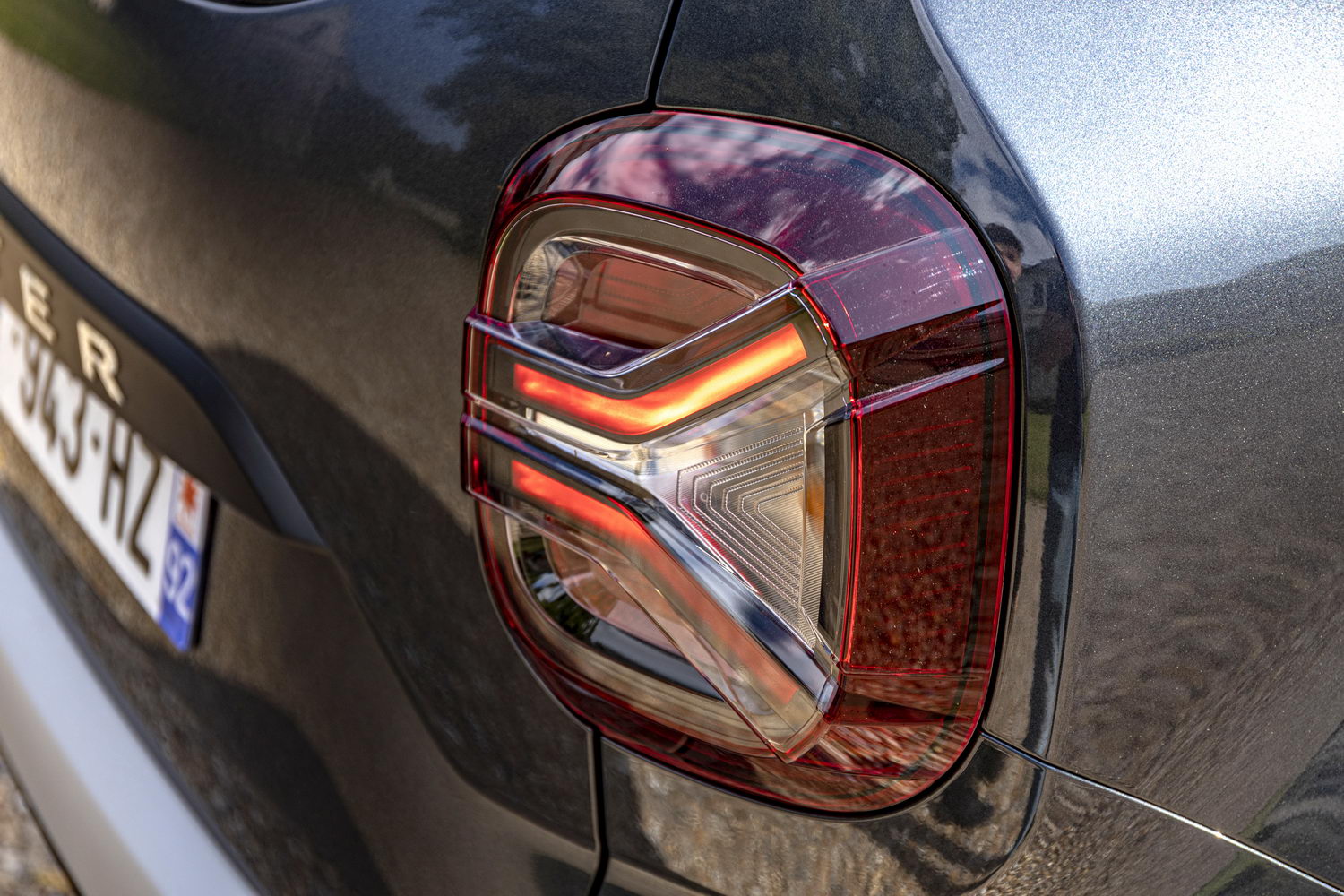 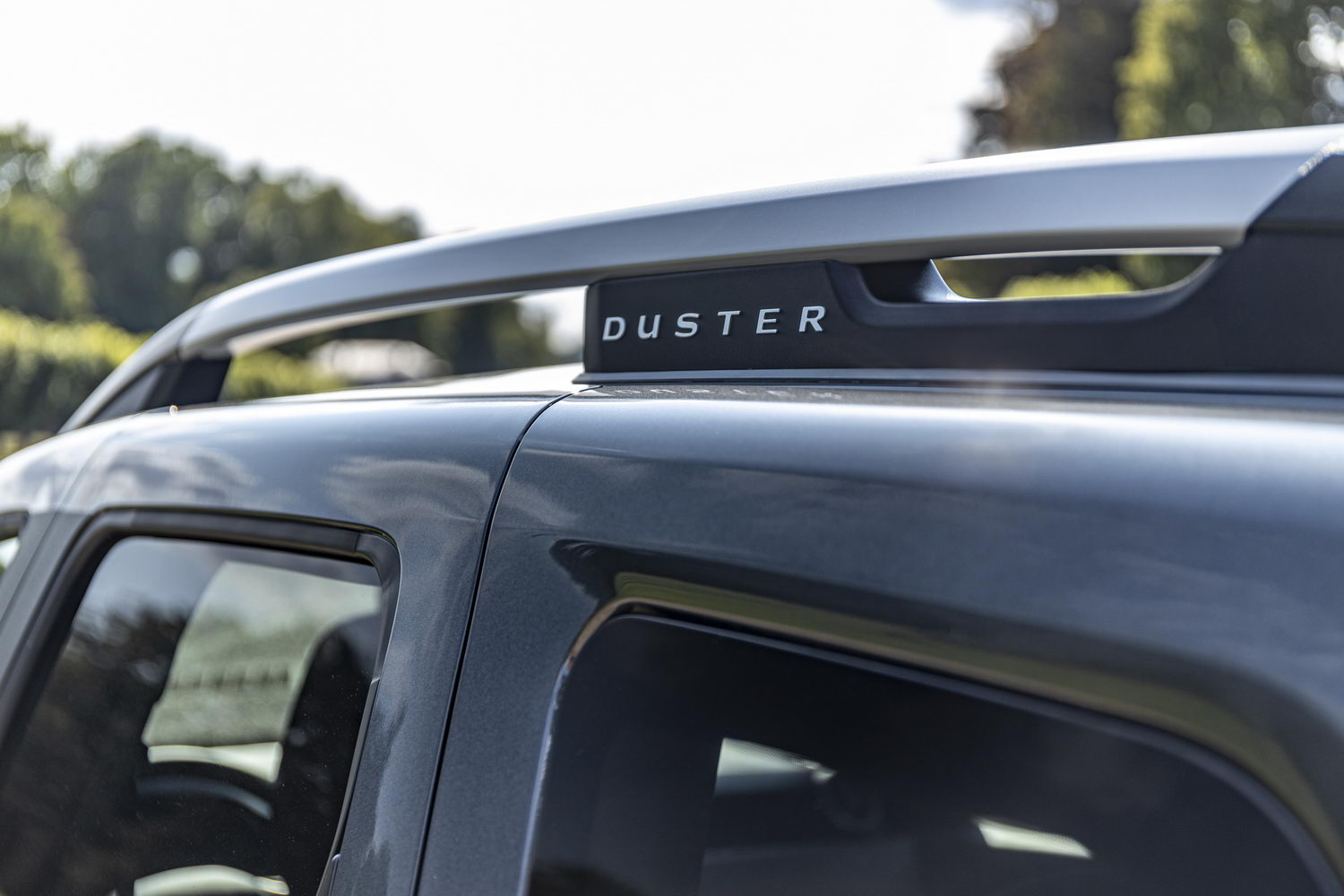 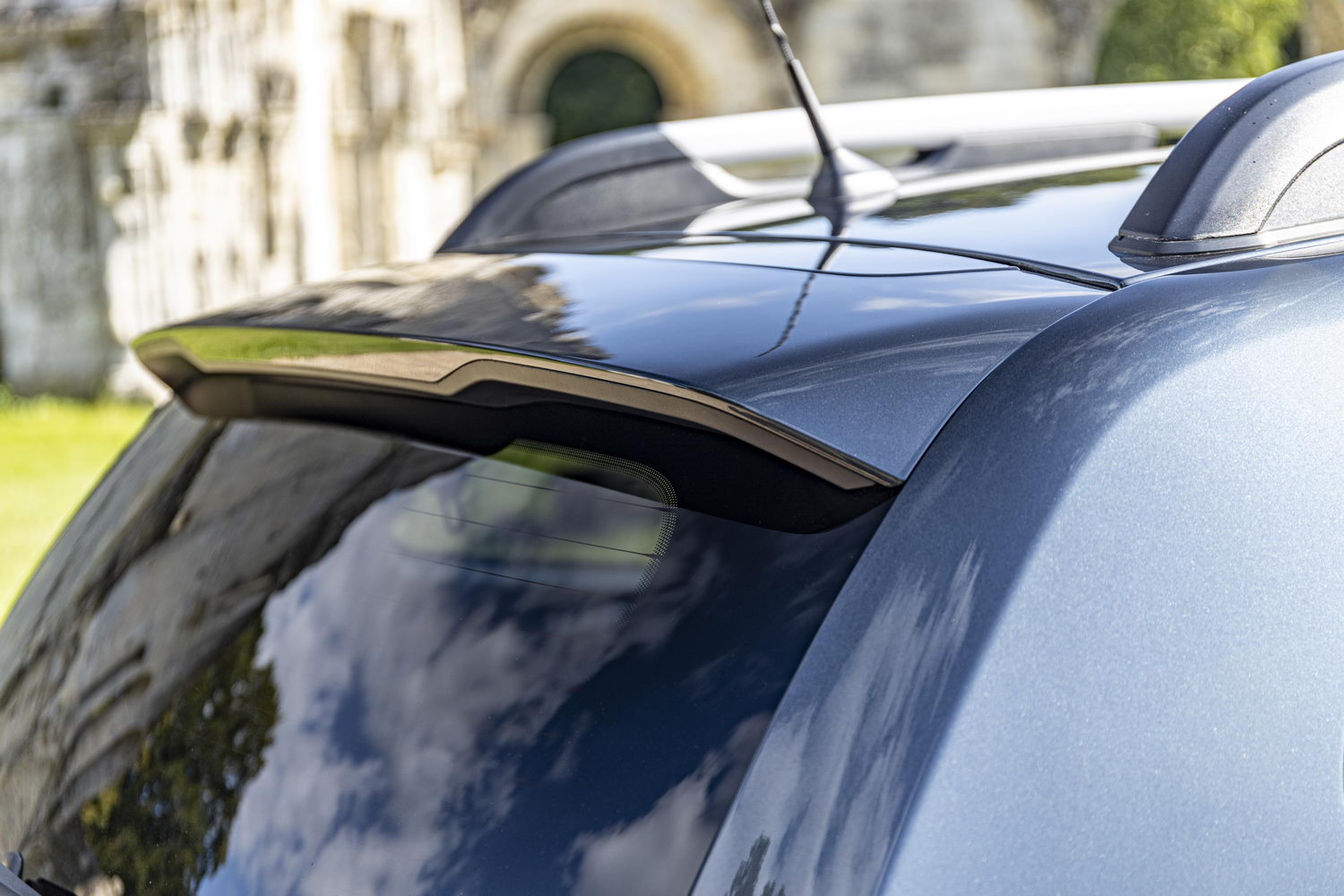 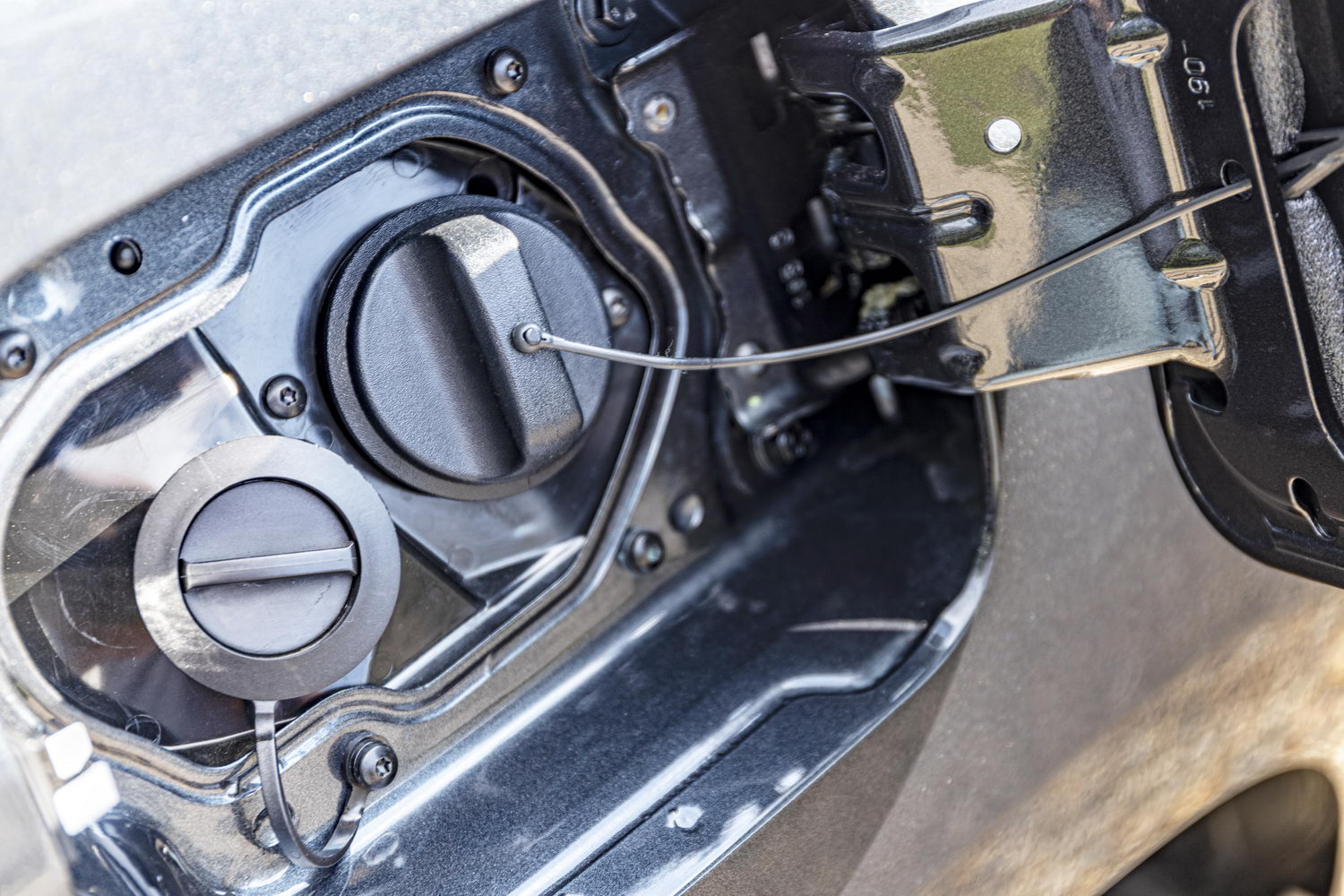 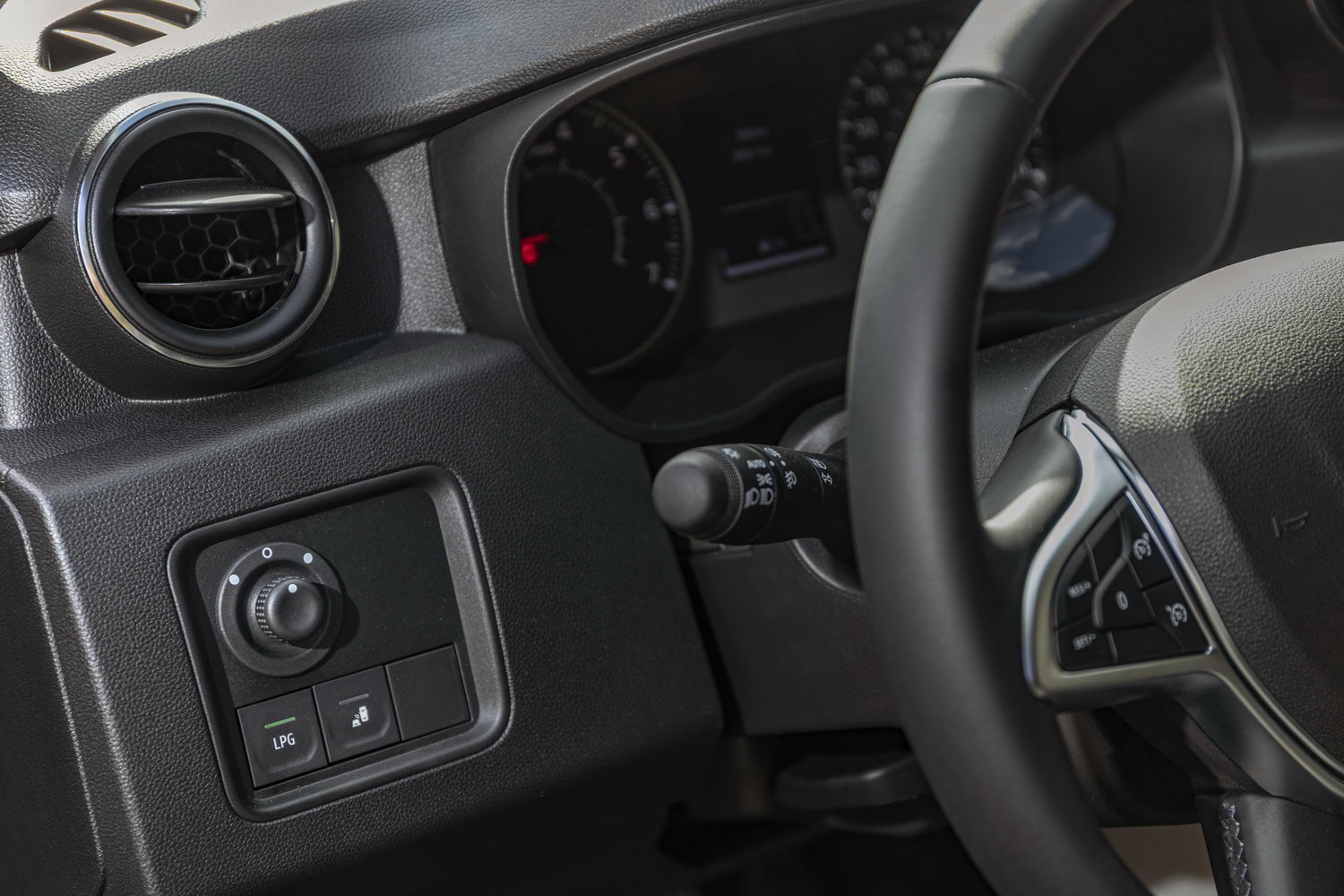 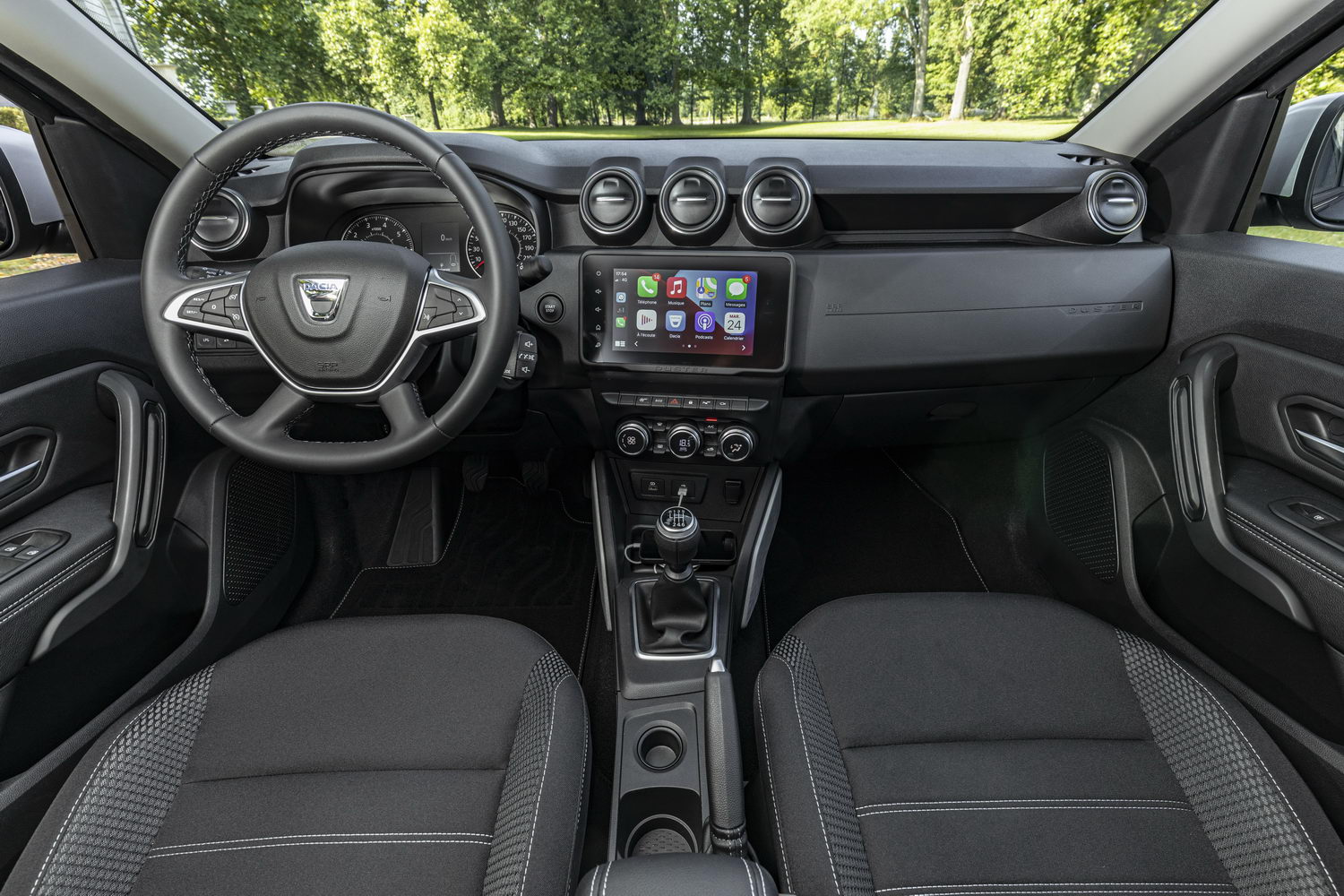 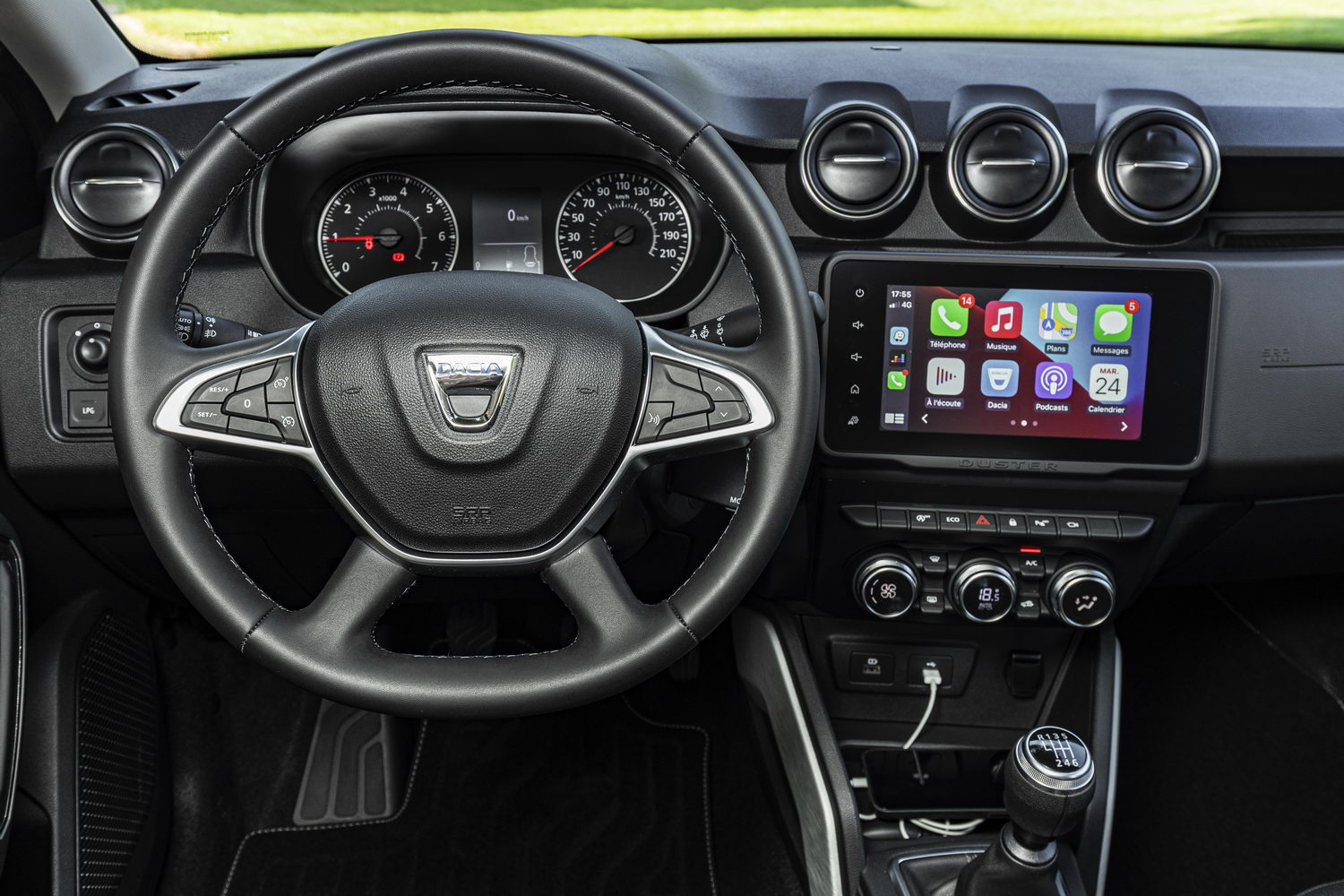 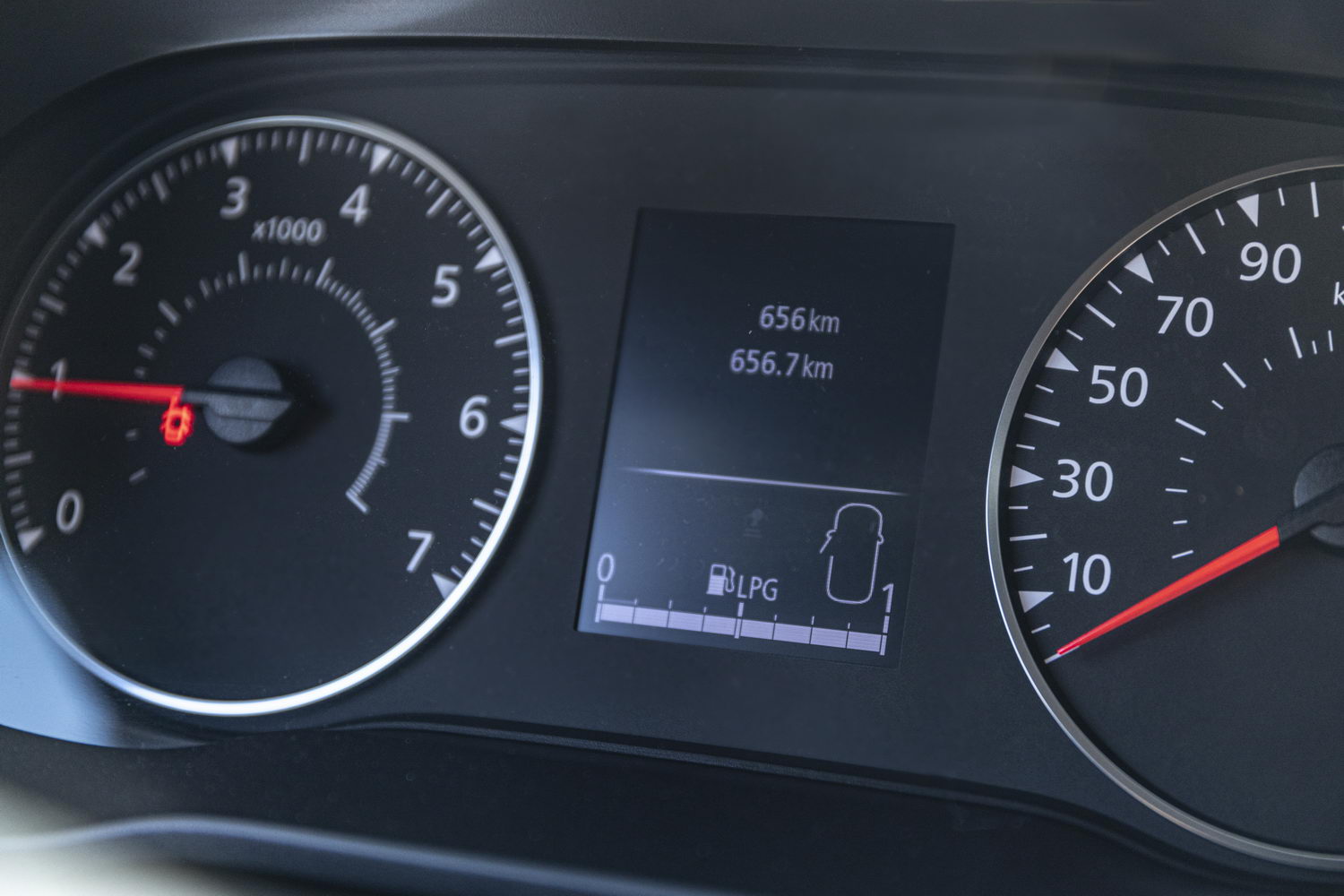 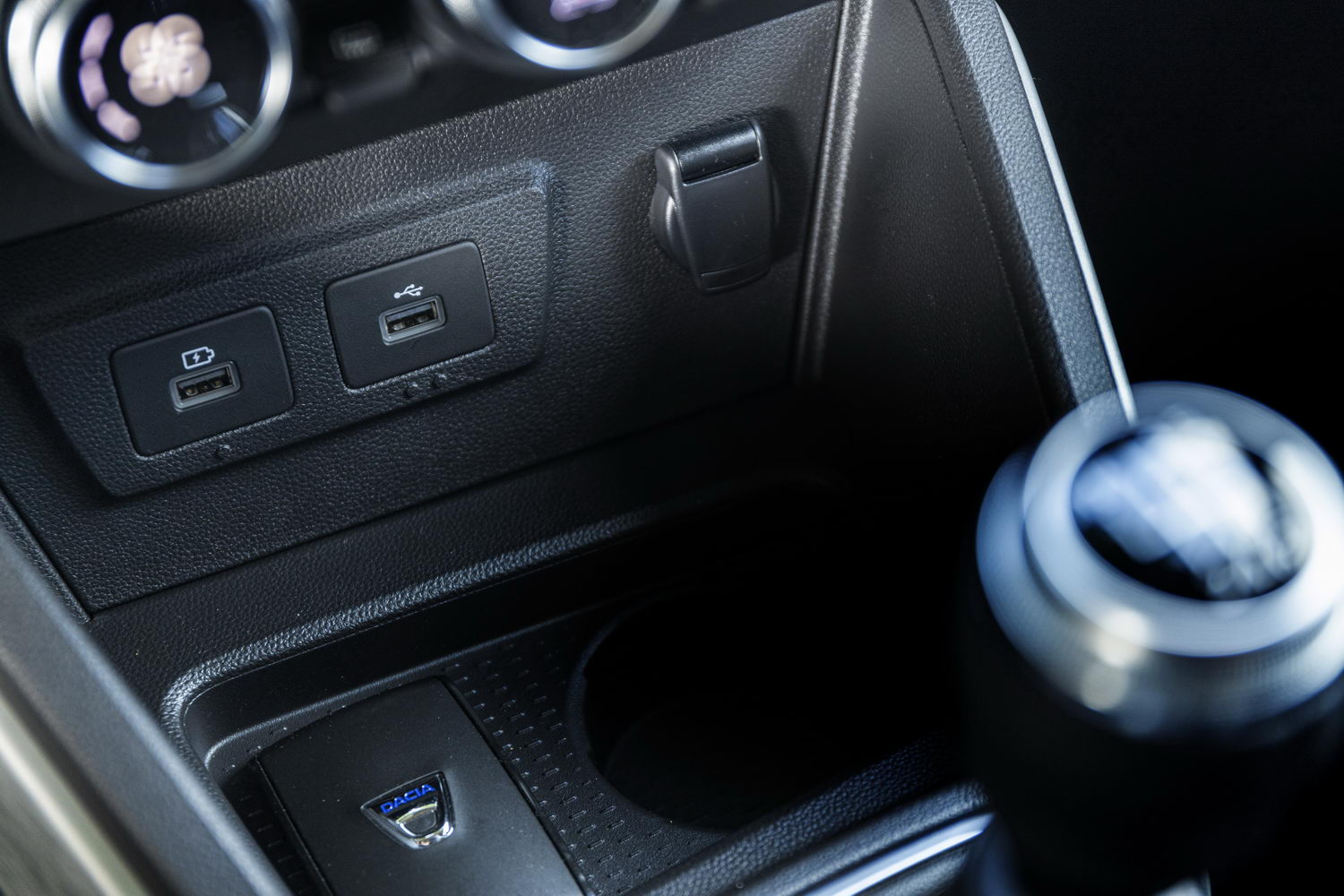 The Dacia Duster, as with the Dacia brand as a whole, is all about no-nonsense value and no amount of mid-life facelifting is going to change that. The addition of an optional automatic gearbox is welcome, as are slightly comfier seats and a new touchscreen. Do these updates improve, or spoil, the Duster?

Yes, the Dacia Duster has been updated in styling terms, and no - you're not really going to be able to spot it without a photographic reference to the outgoing model and some time on your hands. While Dacia is in the process of changing its whole 'brand identity' (that means it's getting a new badge), the Duster soldiers on with the old badge for the moment.

The main exterior changes are to the lights - which are now LED units (for dipped beam at least) and which feature Dacia's new Y-shaped light signature. The brake lights - chunky, square items - also get that signature and look a little more complex and fussier than before. There's a new grille, a new spoiler atop the tailgate and some small alterations to the roof bars (mostly a change to plain black plastic on the leading edge because it's more stone-chip resistant). There are new alloy wheels, too, which are a little more aerodynamic than before.

Inside, the front seats have been upgraded a little with new cloth trim and new headrests. There's also a new eight-inch touchscreen in the centre of the dash, which gets more up-to-date software and is standard from Comfort spec and up. It can be had with or without optional navigation, but always has Apple CarPlay and Android Auto connectivity. Oh, and the cruise control buttons have moved from down by the handbrake (always a bizarre spot to put them, in our view) up to the multi-function four-spoke steering wheel. There are two USB-A sockets in the front, and another two, optionally, in the back.

Space in the cabin is unchanged, with plenty of rear legroom for taller passengers and a big 475-litre boot. There's also a new armrest between the front seats and, if you lift it up, it also has a 1.1-litre storage space beneath.

Other than that, it's as you were inside - lots of cheap plastics, but good overall build quality and the main contact points (the steering wheel and seats, mainly) feel good to the touch. One downside - some manual gearbox versions get a horribly big and clunky shift lever, borrowed from Renault, which makes changing gear feel positively uncomfortable.

You can sidestep that, for the first time in this second-generation Dacia Duster, by going for an automatic gearbox. It's something that Dacia Ireland says customers have been asking for, and it's now available attached to a 150hp 1.3-litre turbo four-cylinder petrol engine. It's a six-speed version of the familiar Renault EDC automatic gearbox.

As for the rest of the engine line-up, there's also the engine under test here - the 1.0-litre TCE three-cylinder petrol unit, which has now been upgraded to run on a choice of petrol or LPG. As you'll see from the spec sheet, on LPG it's actually more powerful (up to 100hp from 90hp) than when running on petrol, and has slightly more torque - 170Nm on LPG, compared to 160Nm on petrol.

There's a 50-litre petrol tank, and a 48-litre LPG tank (it sits in the space left by a vacated spare wheel). Fill them both, and Dacia claims that not only will you have a combined range of more than 1,200km, you'll also be running at lower CO2 emissions on LPG (although that won't be reflected in your motor tax bill...).

Dacia says that, as the current Duster won't be made as a hybrid, LPG represents the best bang-for-buck method to trim overall CO2 emissions for minimal cost to either car maker or car buyer. There are 48 LPG filling stations in Ireland, apparently, so if you live near one, it might be a viable proposition.

Either way, it's this three-cylinder engine that best suits the Duster's personality. Clearly, with a 15.1-second 0-100km/h time (it's a little faster on more powerful, but thirstier LPG), it's no fireball, but with a sweet three-cylinder whizzing noise coming from under the bonnet, it feels more eager and livelier than the numbers suggest. Certainly, it feels like an entirely adequate amount of engine (albeit that's with one person on board - a full complement, plus luggage might alter that evaluation).

Certainly, 170Nm of torque isn't going to tax the Duster's chassis, overly. Dacia claims that it has reworked the calibration of the power steering to offer a little more weight and a more 'positive' feel once you're above 70km/h, but to be honest, it makes little difference. The Duster's steering still feels computer-game light and twirly. That's fine - you don't drive a Duster for hot-hatch-like reactions anyway, and it feels unerringly competent even in a briskly-taken corner. Let the body lean (there's lots...) settle, and you'll find it grips well and turns faithfully.

Better yet, the ride quality on the 17-inch alloy wheels is far, far better than that of its competition, many of whom clunk around on alloys that are far too big for the suspension to properly handle. The tall tyre sidewalls definitely help, as does the long-travel suspension. It may not be a driver's delight, but the Duster is certainly a very comfortable way to cross country, and a more refined one than you might expect, too.

It can even go off-road. For the moment, four-wheel drive is limited, in Ireland, to the 115hp diesel models, but on a short, carefully designed off-road course, the all-paw Duster did really well. OK, so there was nothing in the course that would trouble a Land Rover Defender, exactly, but with generous approach and departure angles, and an ability to cope with tilting over on a 30-degree side slope, the Duster proved that it has more rough-ground capability than pretty much any owner will ask of it, which is reassuring. If you do go for a four-wheel-drive model, all-season tyres come a standard, which could be a boon come winter. There's a useful 214mm of ground clearance, too.

A quick spin in the 1.3 automatic version showed that, once again, the Renault-sourced EDC gearbox is a little slack in its shifts, leaving the engine to rev just a touch too high, too much of the time, but at least the option is there now, and that will appeal to many potential customers.

Obviously, good value is the whole point of the Duster, and while the base price has crept up to nigh-on €20,000 (the first generation went on sale in 2013 at just over €15,000), the fact is that all car prices are up, and the Duster retains its €10,000 price advantage over comparable vehicles such as the Renault Captur and Nissan Qashqai. Key equipment on basic Essential models includes those LED lights, a rear spoiler, manual air conditioning, a DAB radio, cruise control, a speed limiter and roof bars.

There's a pretty good argument that says the Dacia Duster is the single best car currently made by the whole Renault-Nissan Alliance. It has shaken off its old cheap-and-you-feel-it image to become cheap-and-entirely-acceptable. It's better to drive than you might think, very practical, surprisingly rugged and even if it's more expensive than once it was, it's still exceptional value for money. 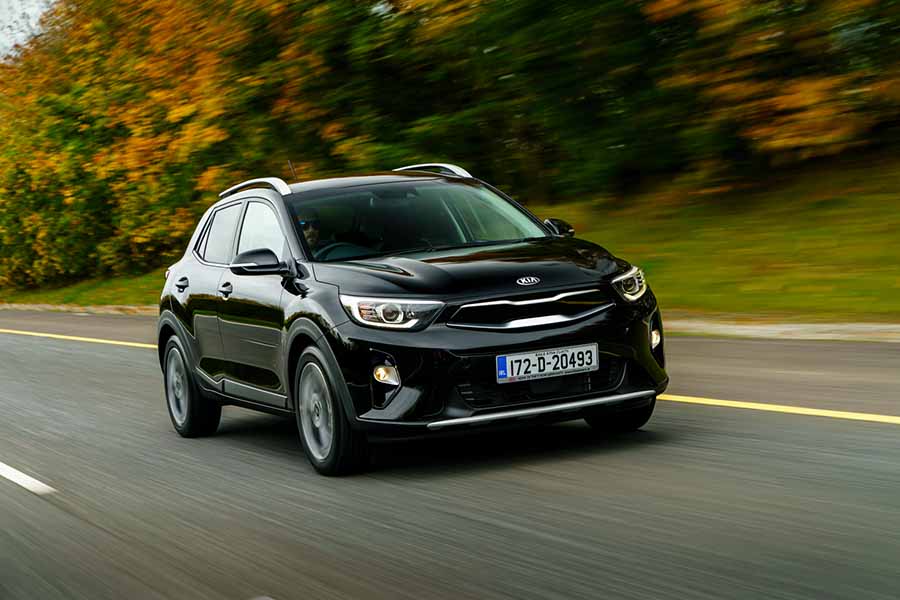 Kia Stonic 1.4 petrol review
Kia Stonic vs. Dacia Duster 1.0 Bi-Fuel (2022): a little more stylish than the Duster, but if we're honest not that much better to drive, and more expensive and less spacious, too. 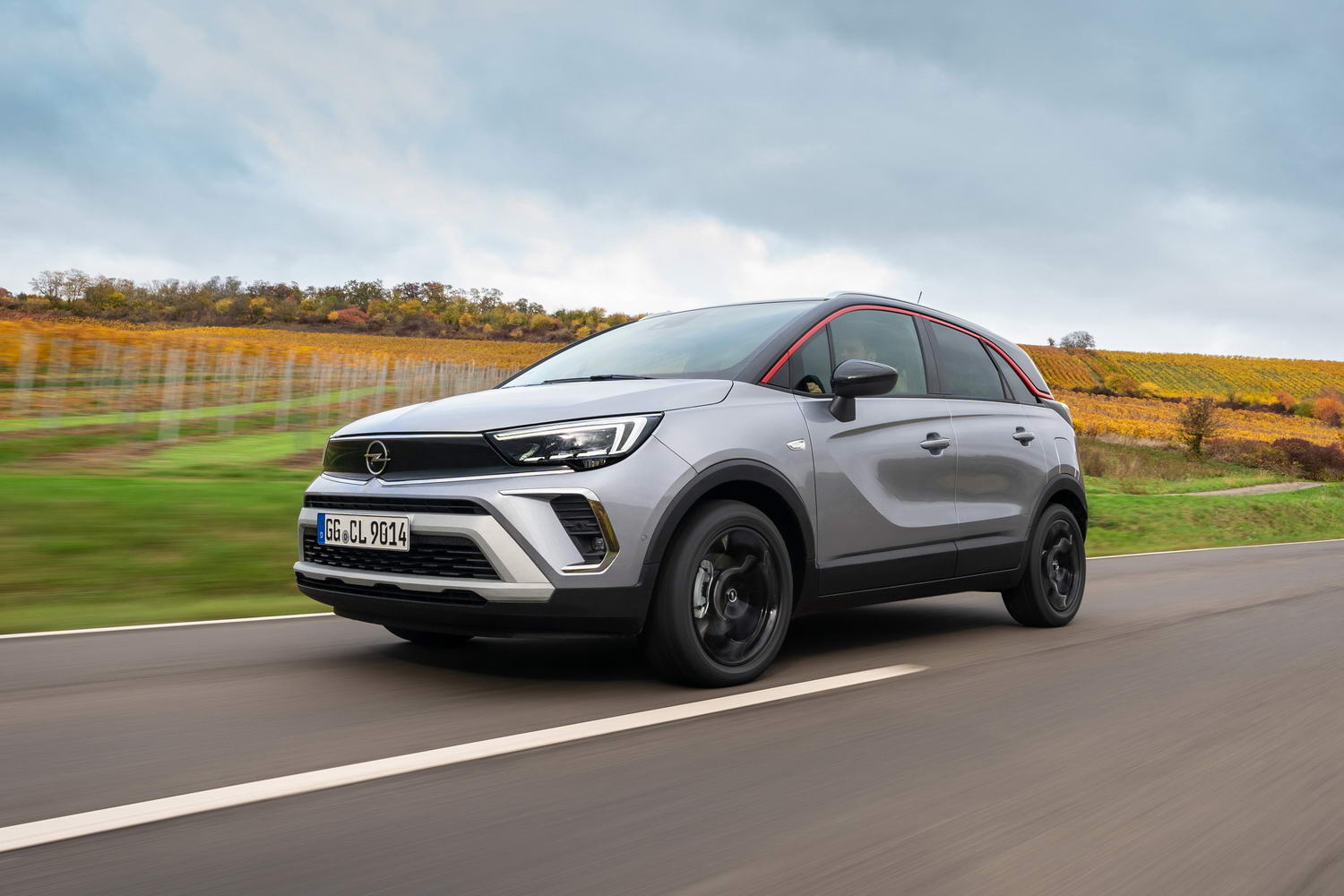 Renault Captur 1.0 TCe 100 (2020) review
Renault Captur vs. Dacia Duster 1.0 Bi-Fuel (2022): more stylish, and with a nicer interior than the Duster, and uses the same basic engine. Worth the extra for a smaller car, though?