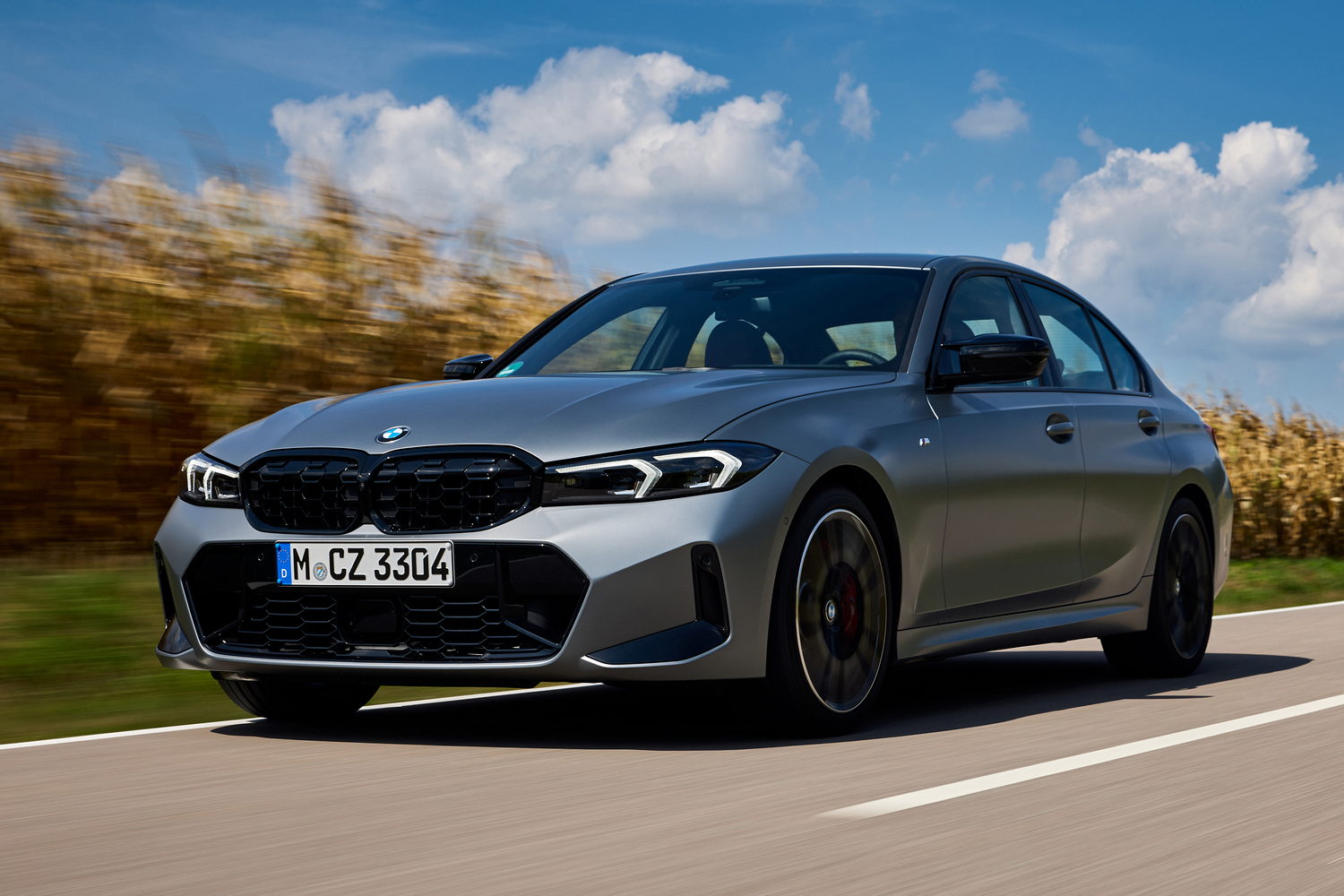 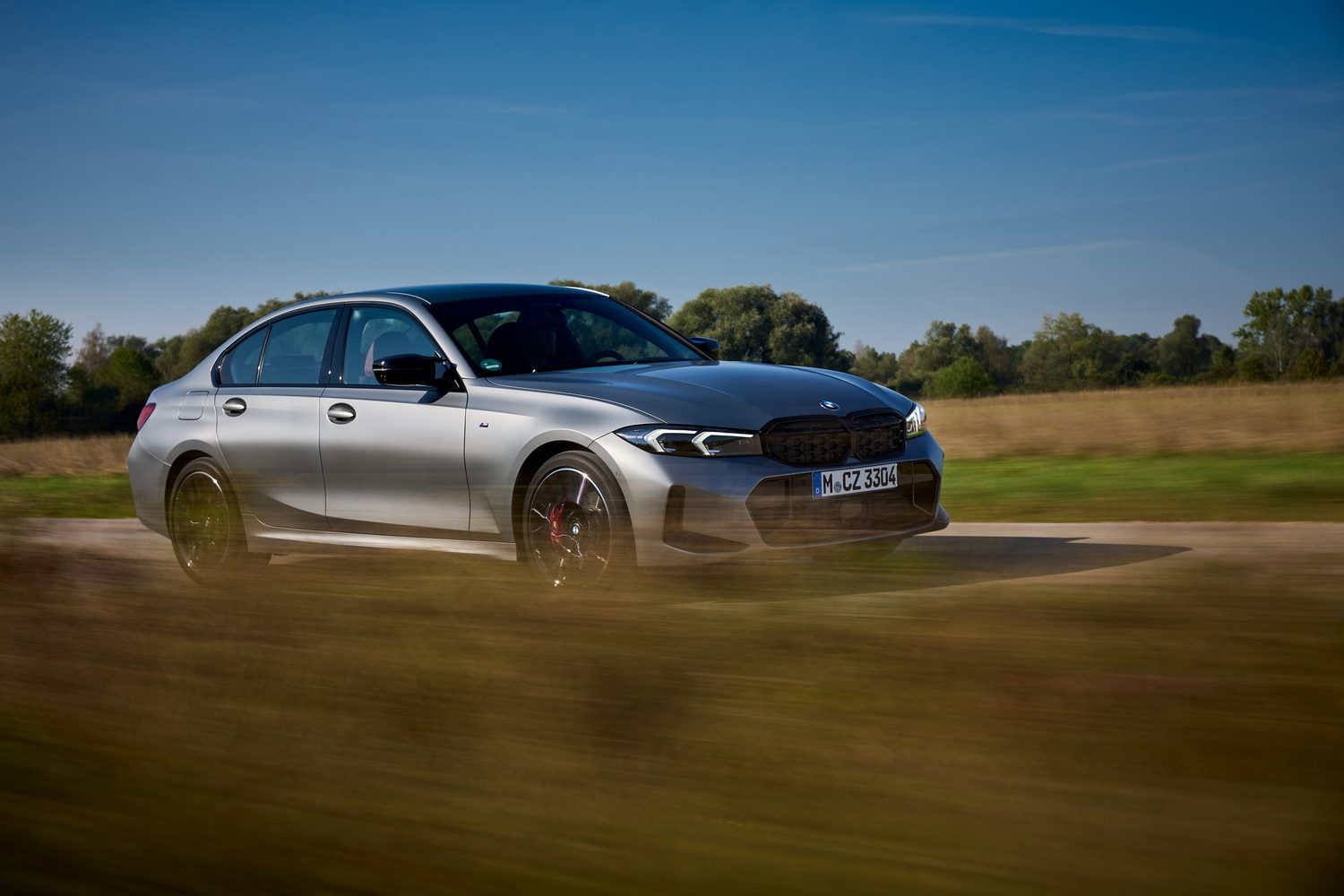 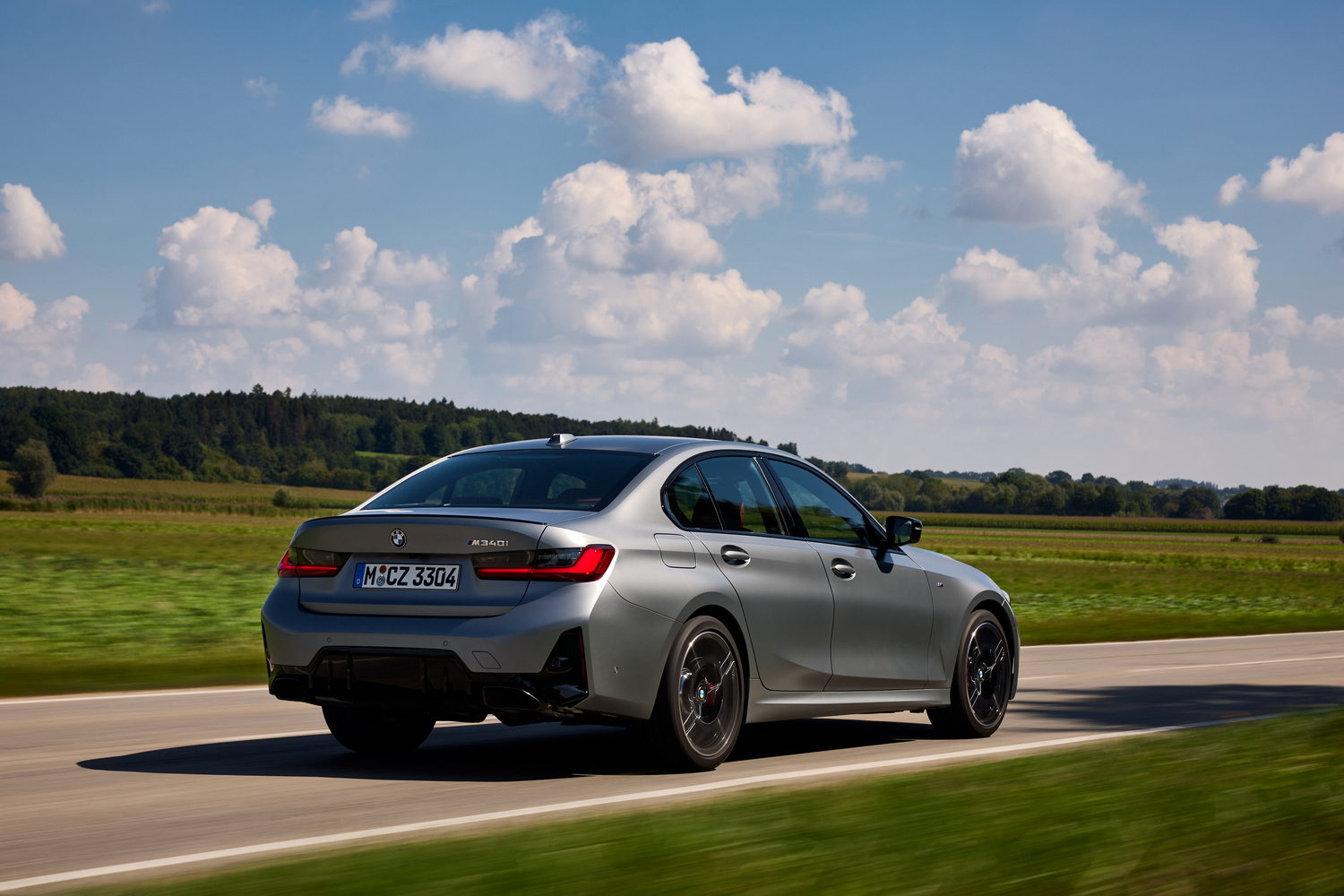 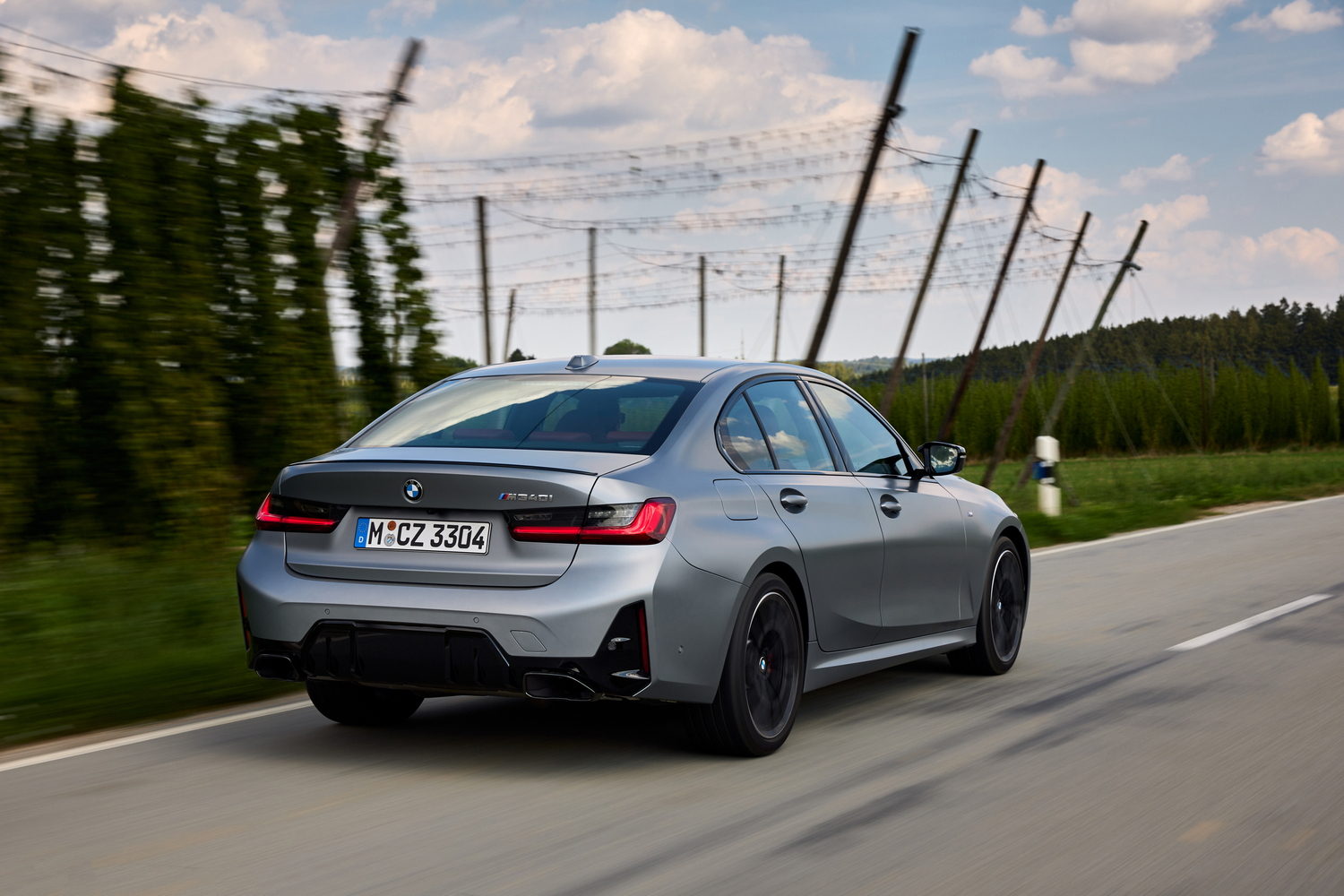 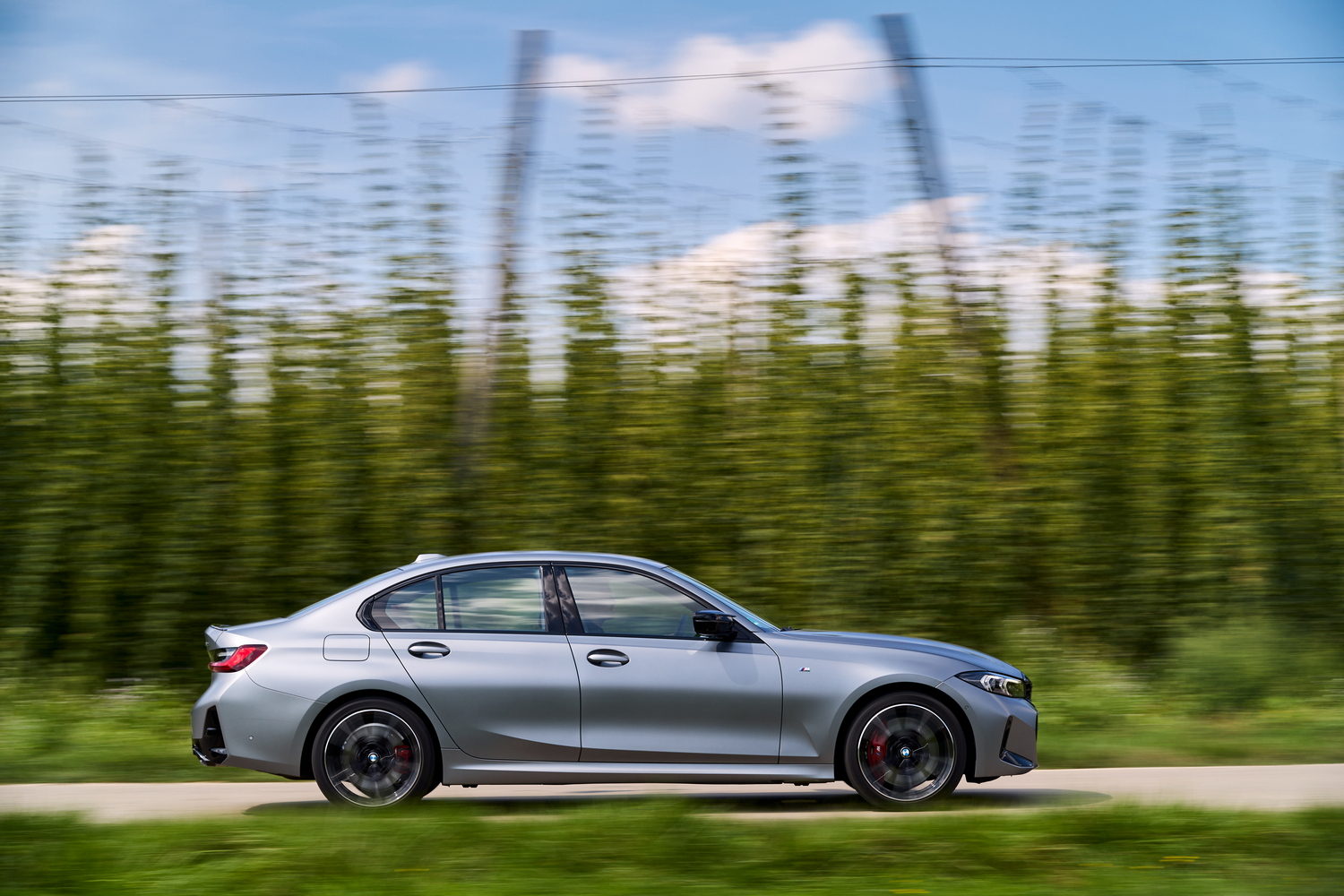 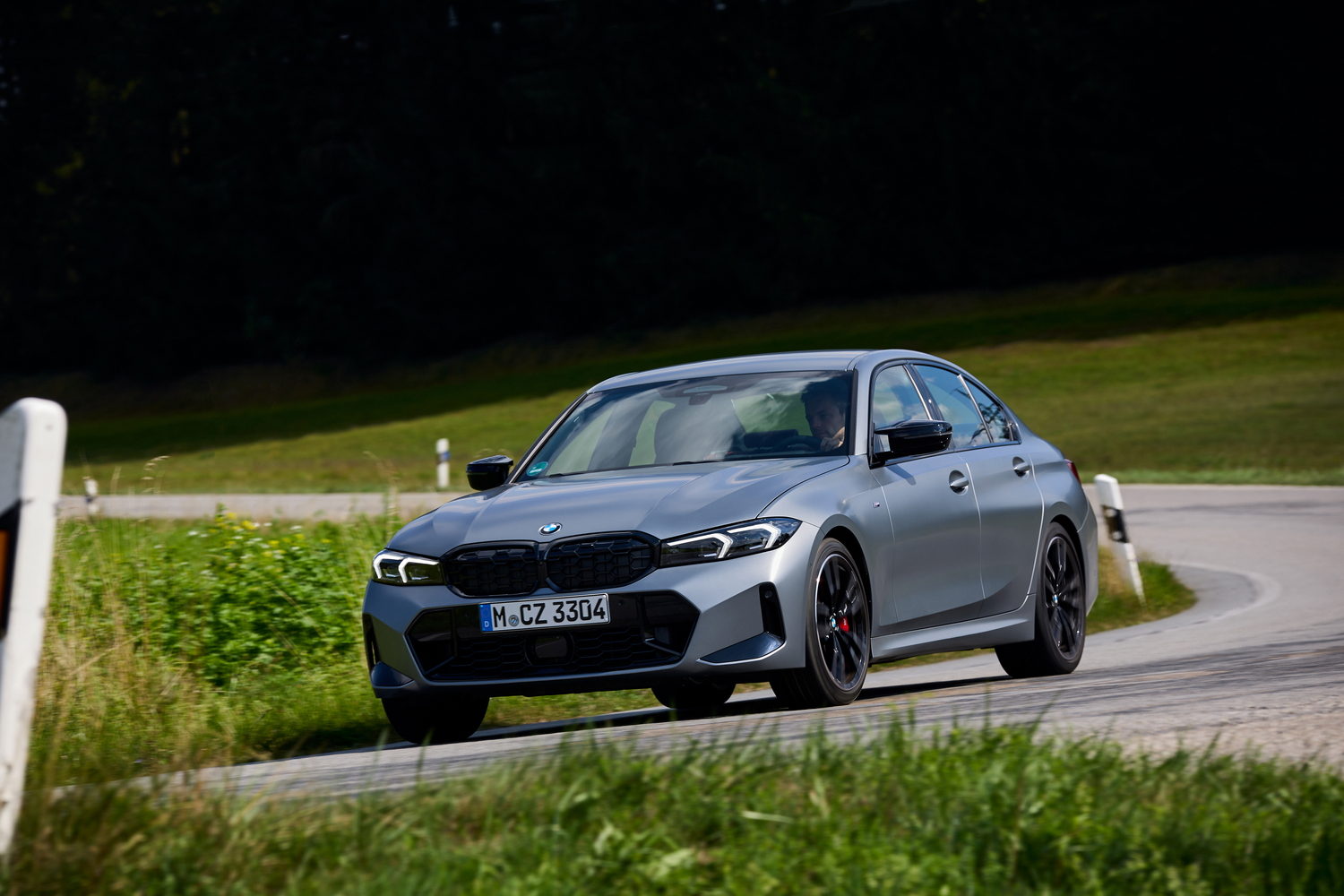 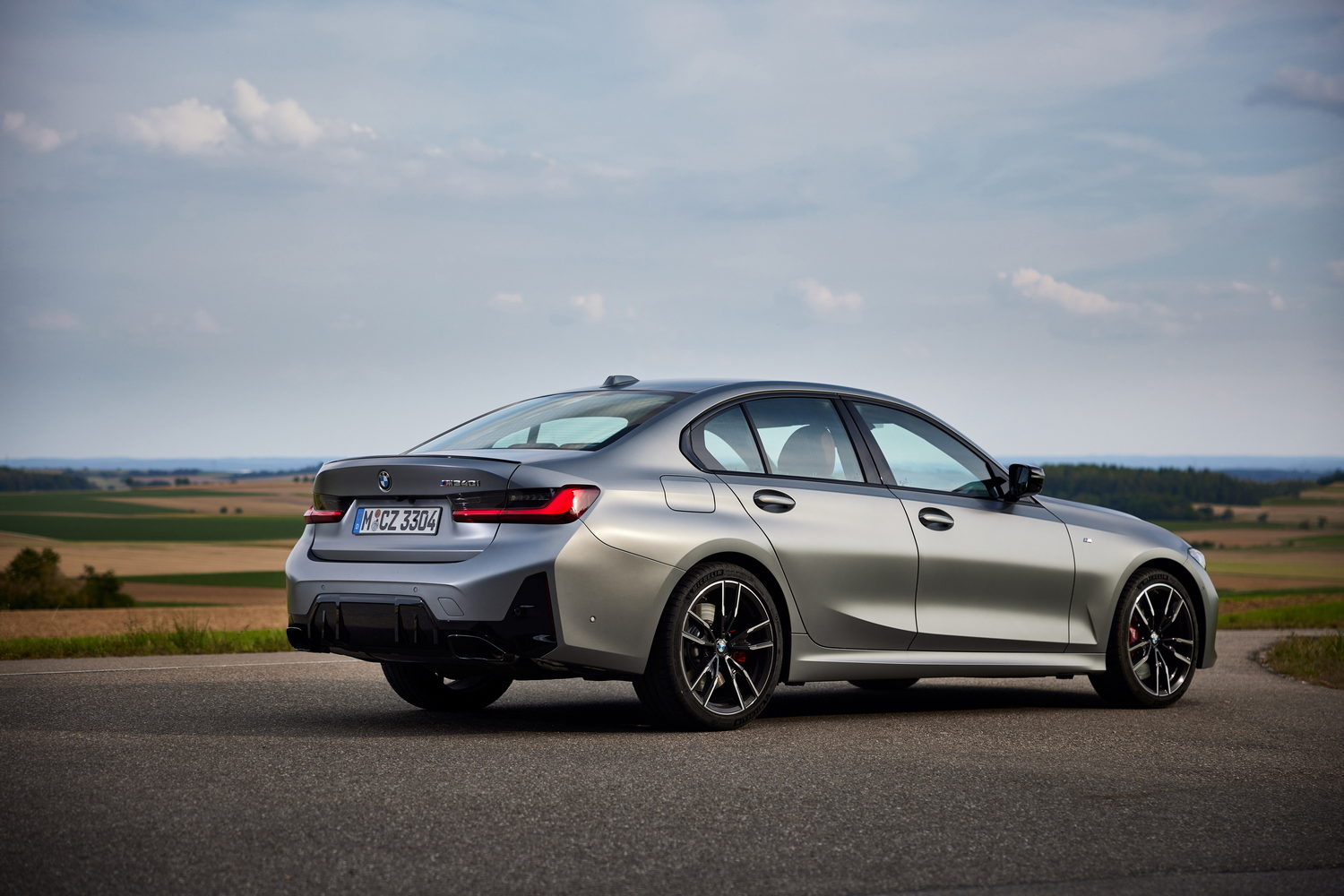 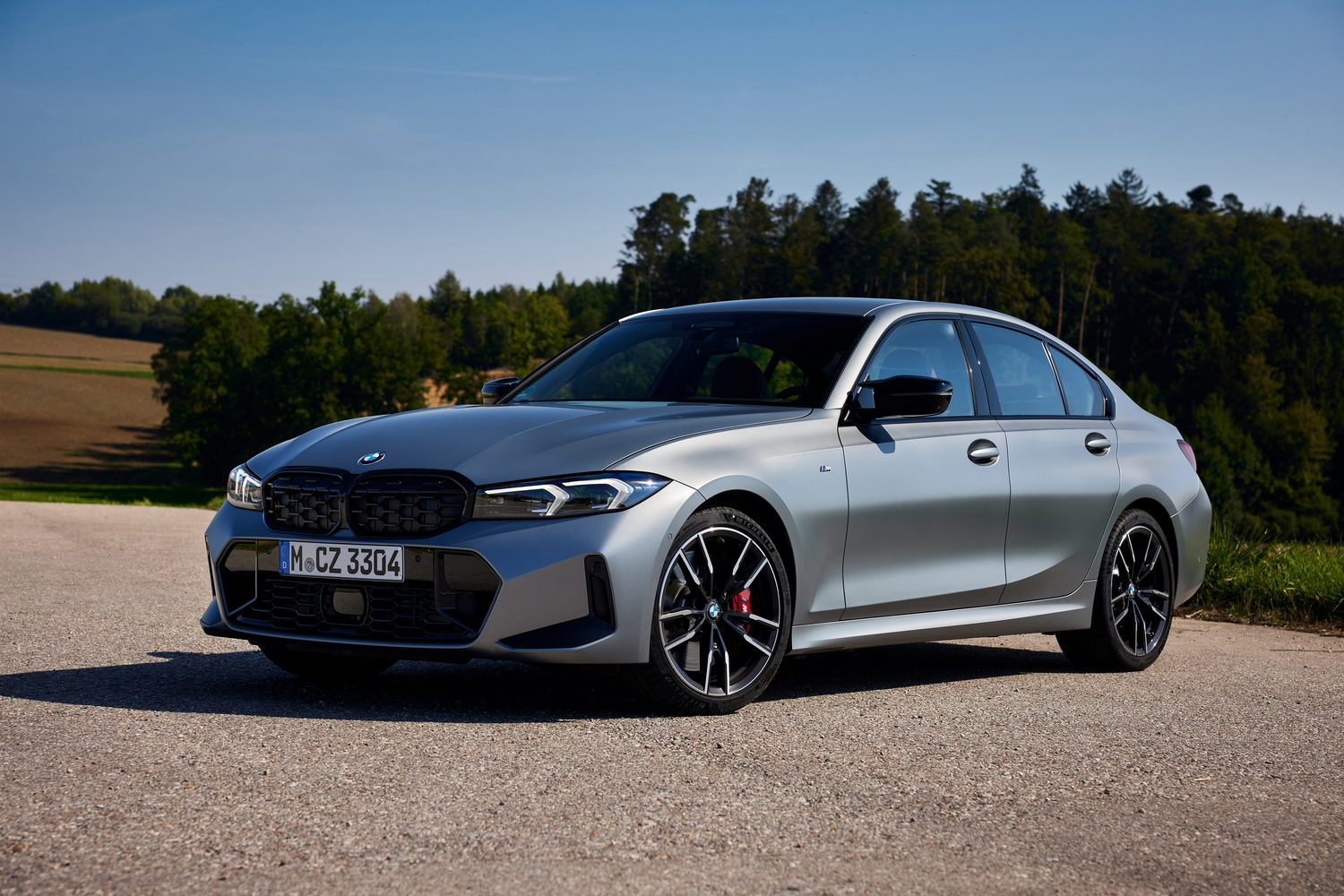 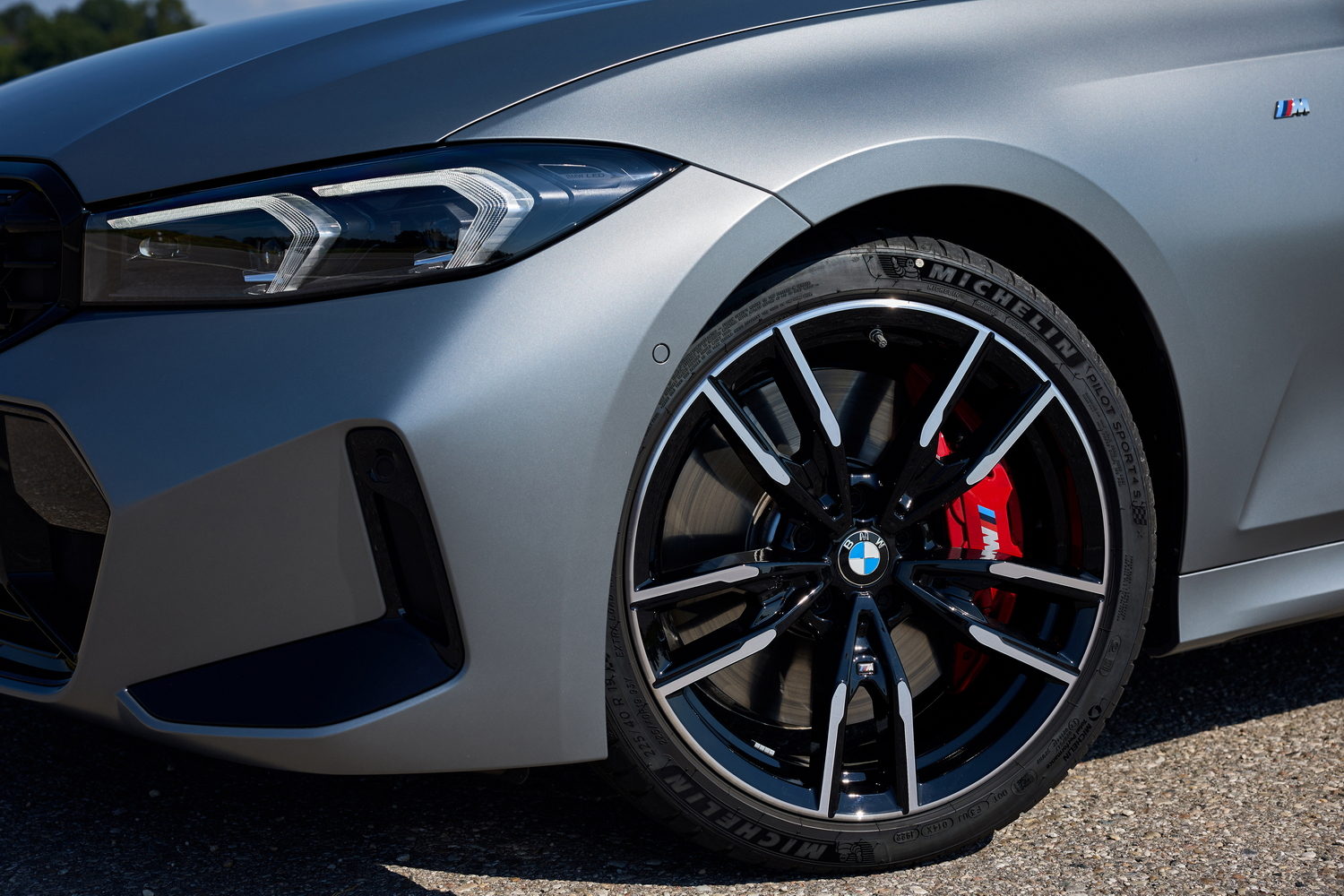 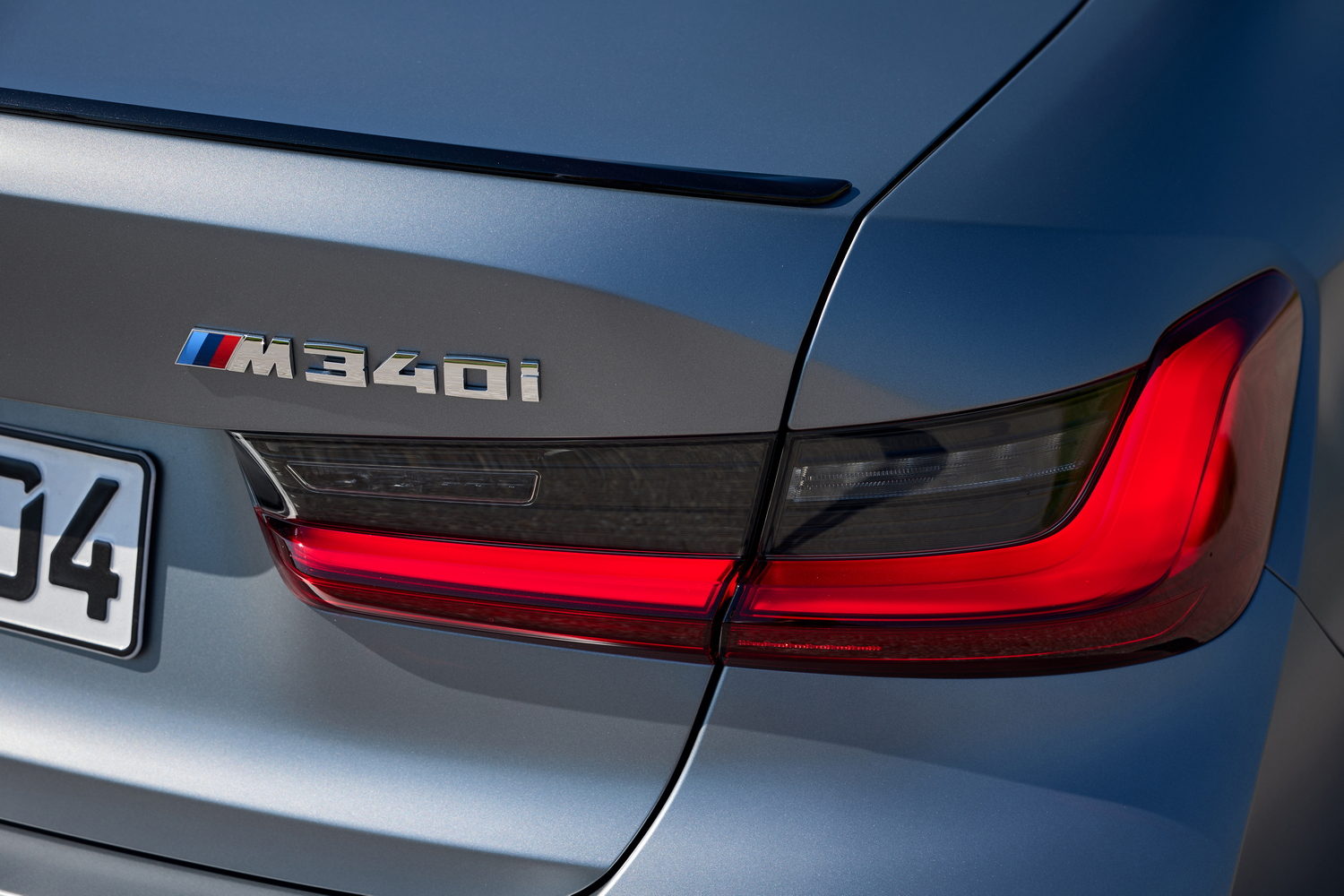 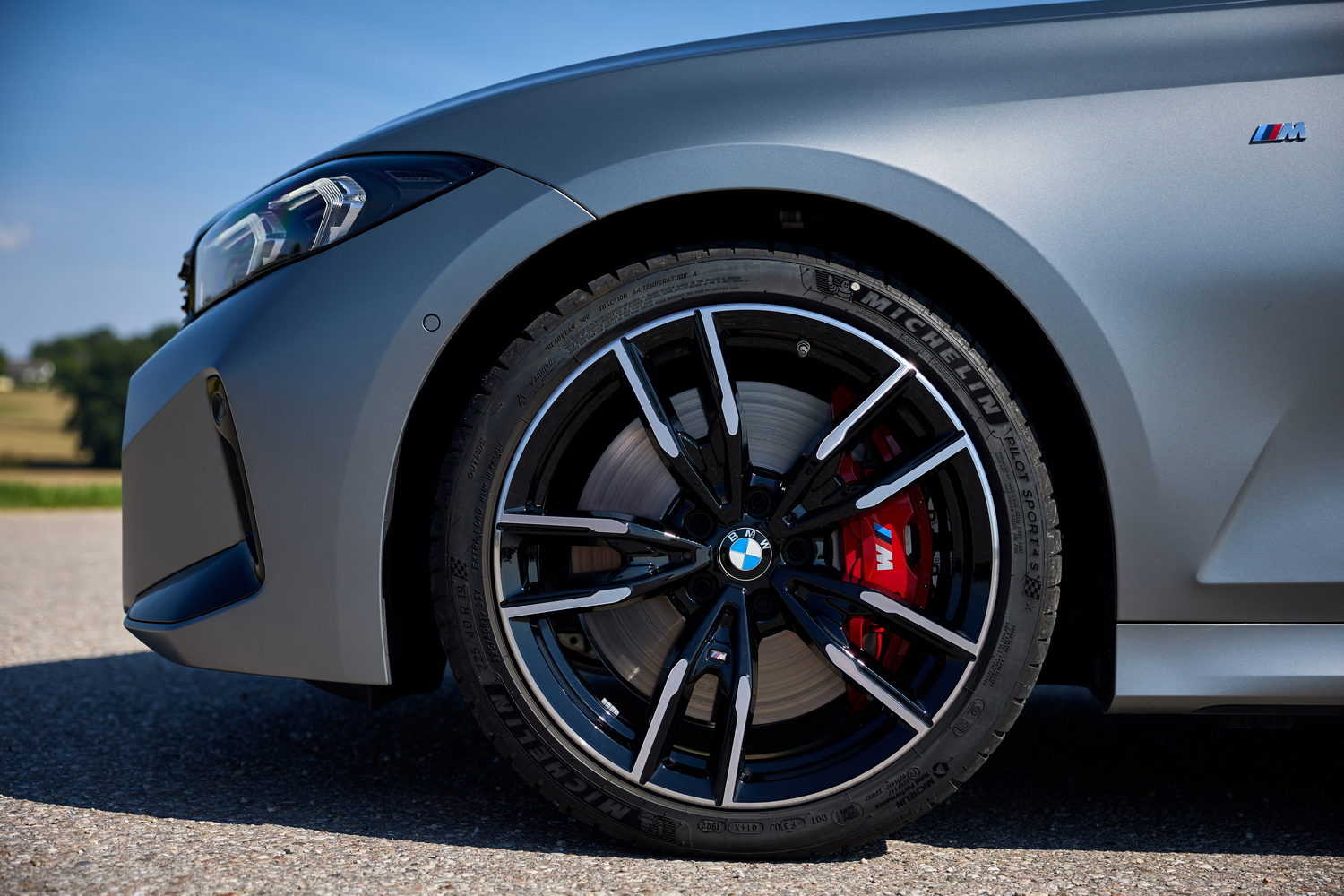 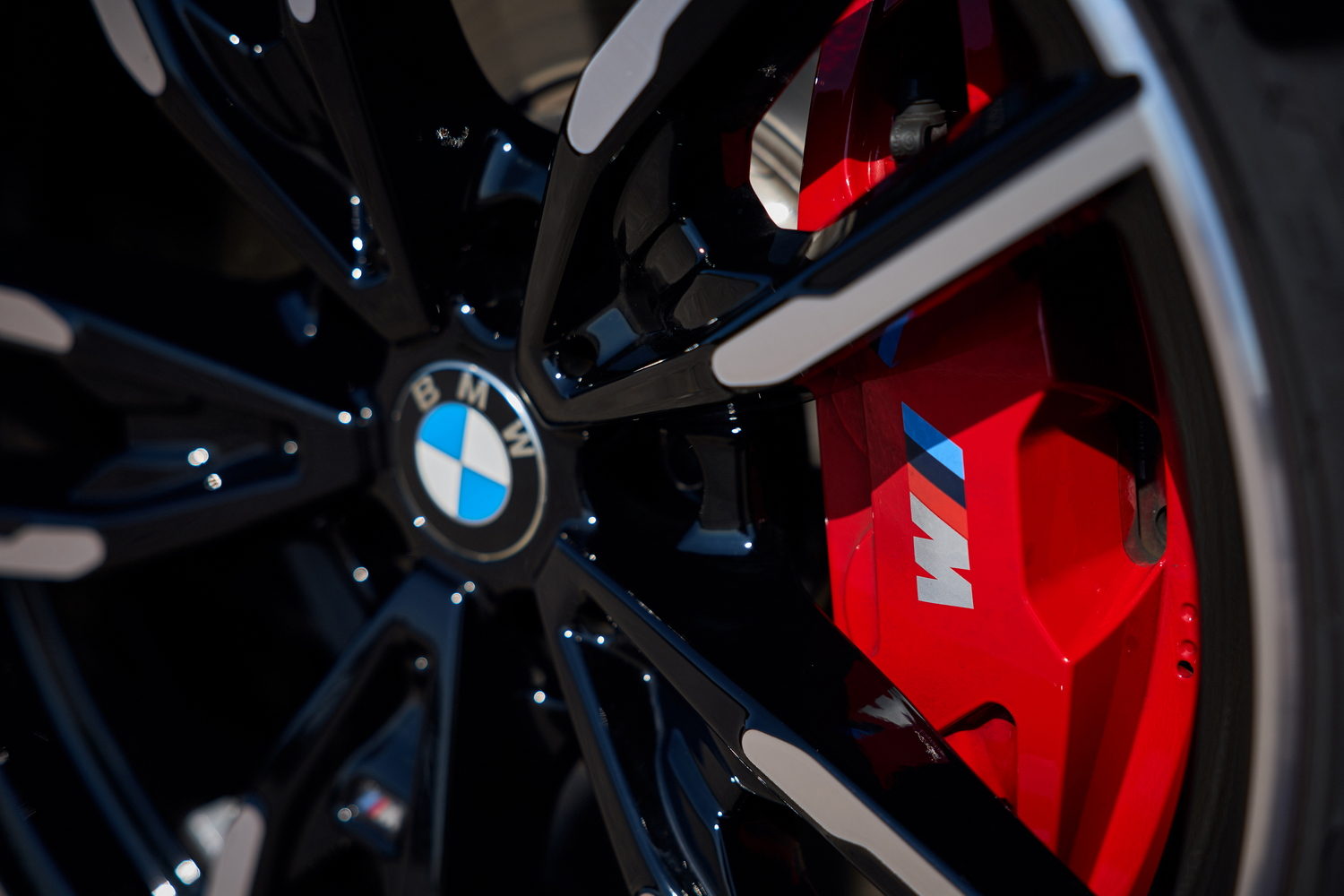 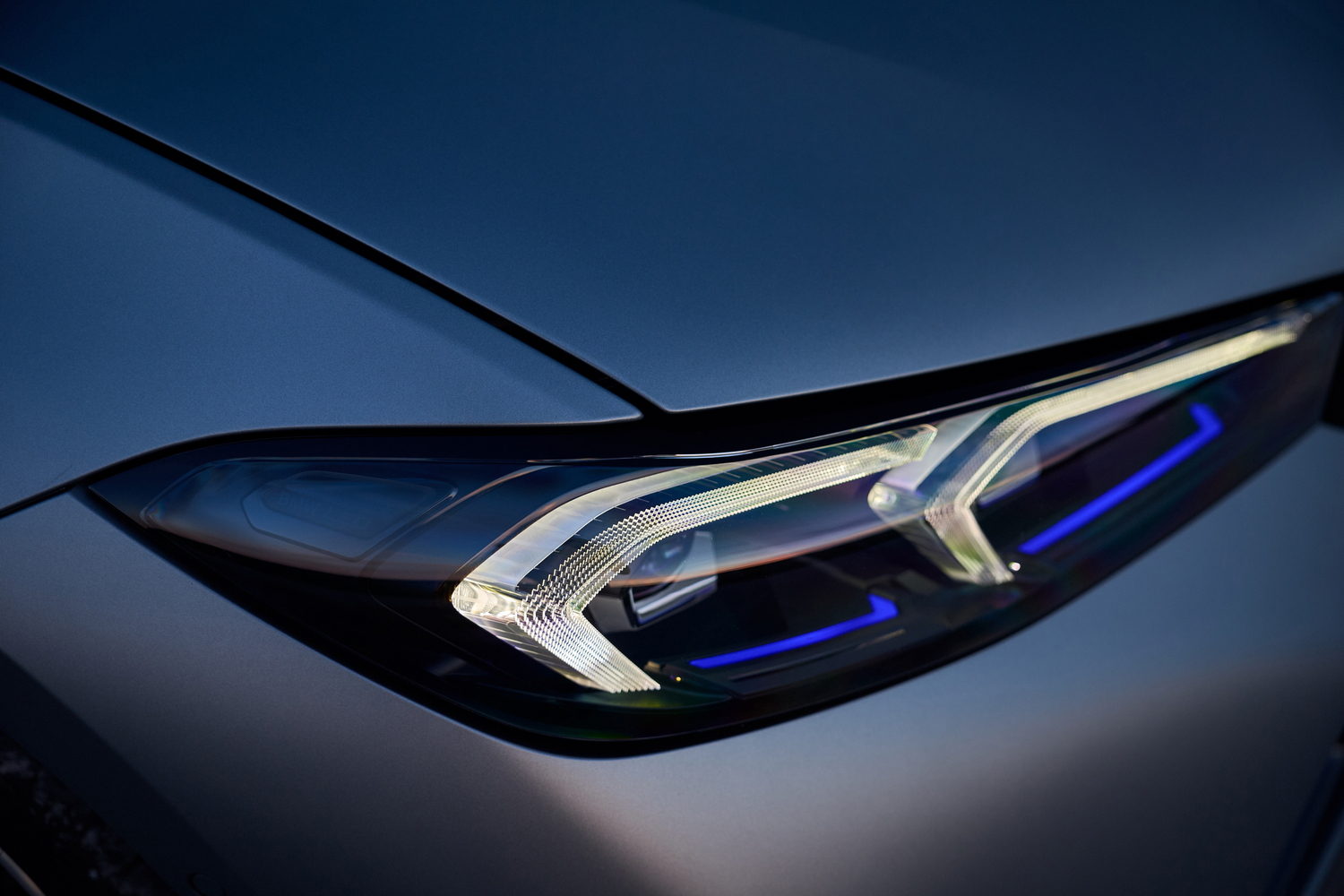 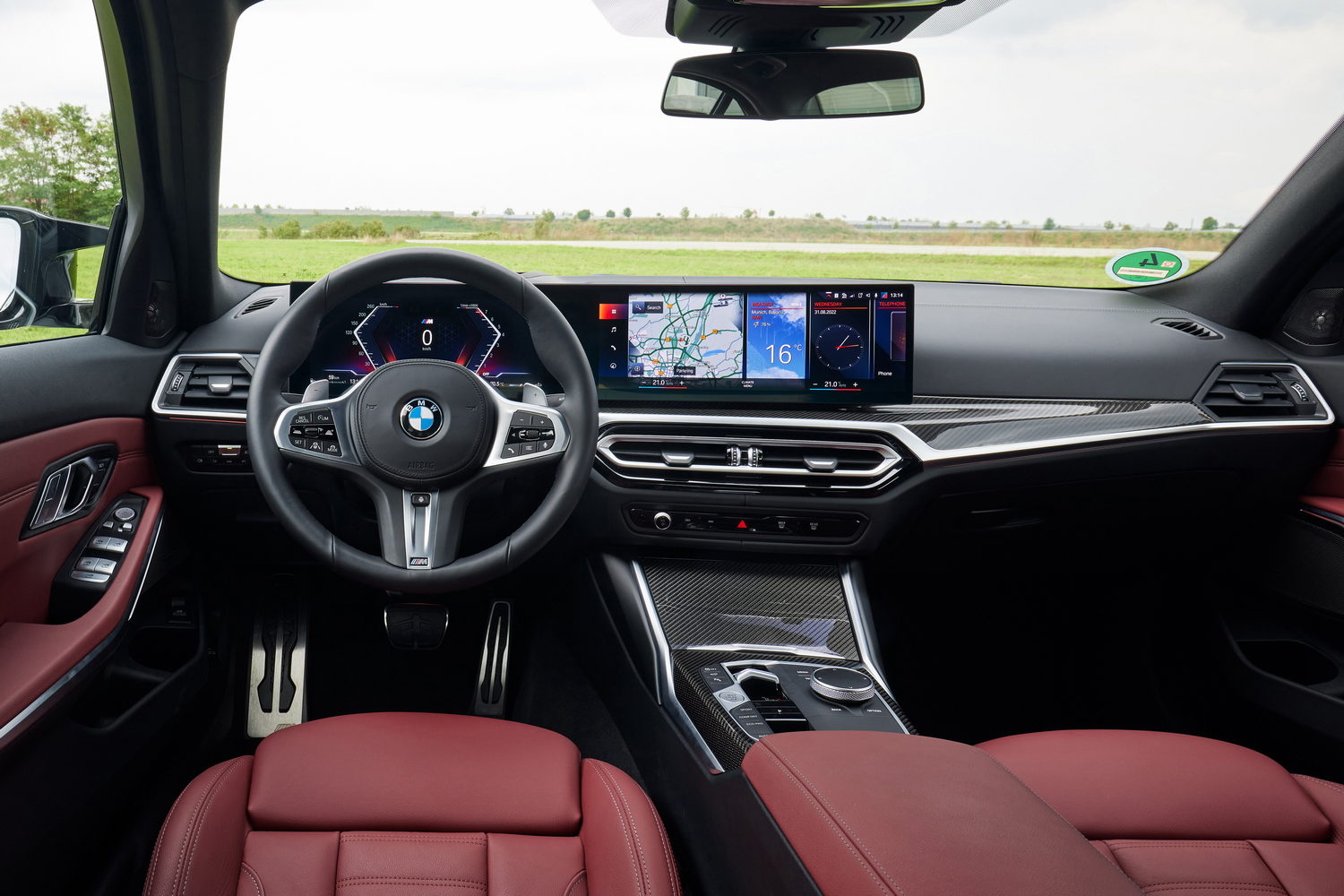 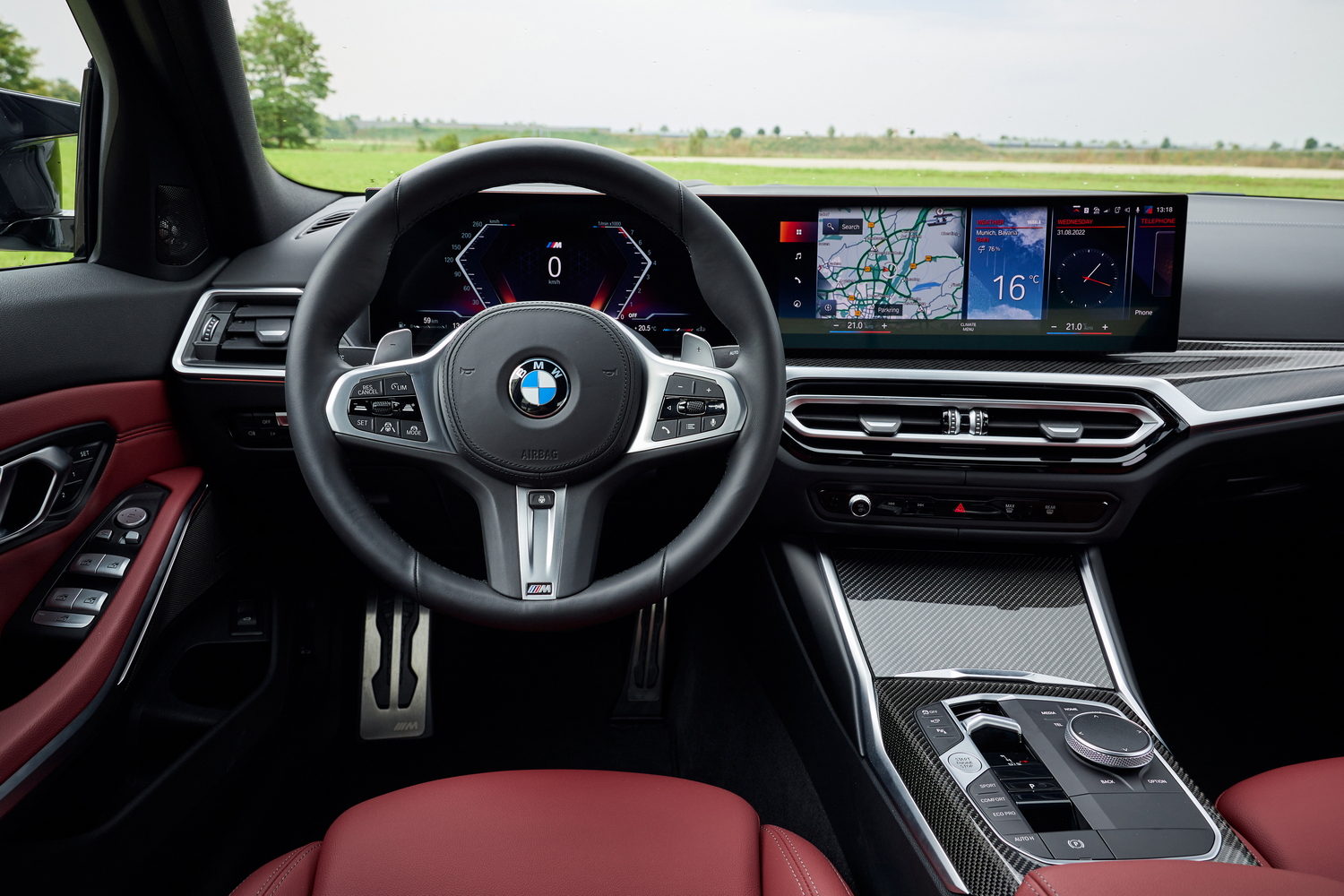 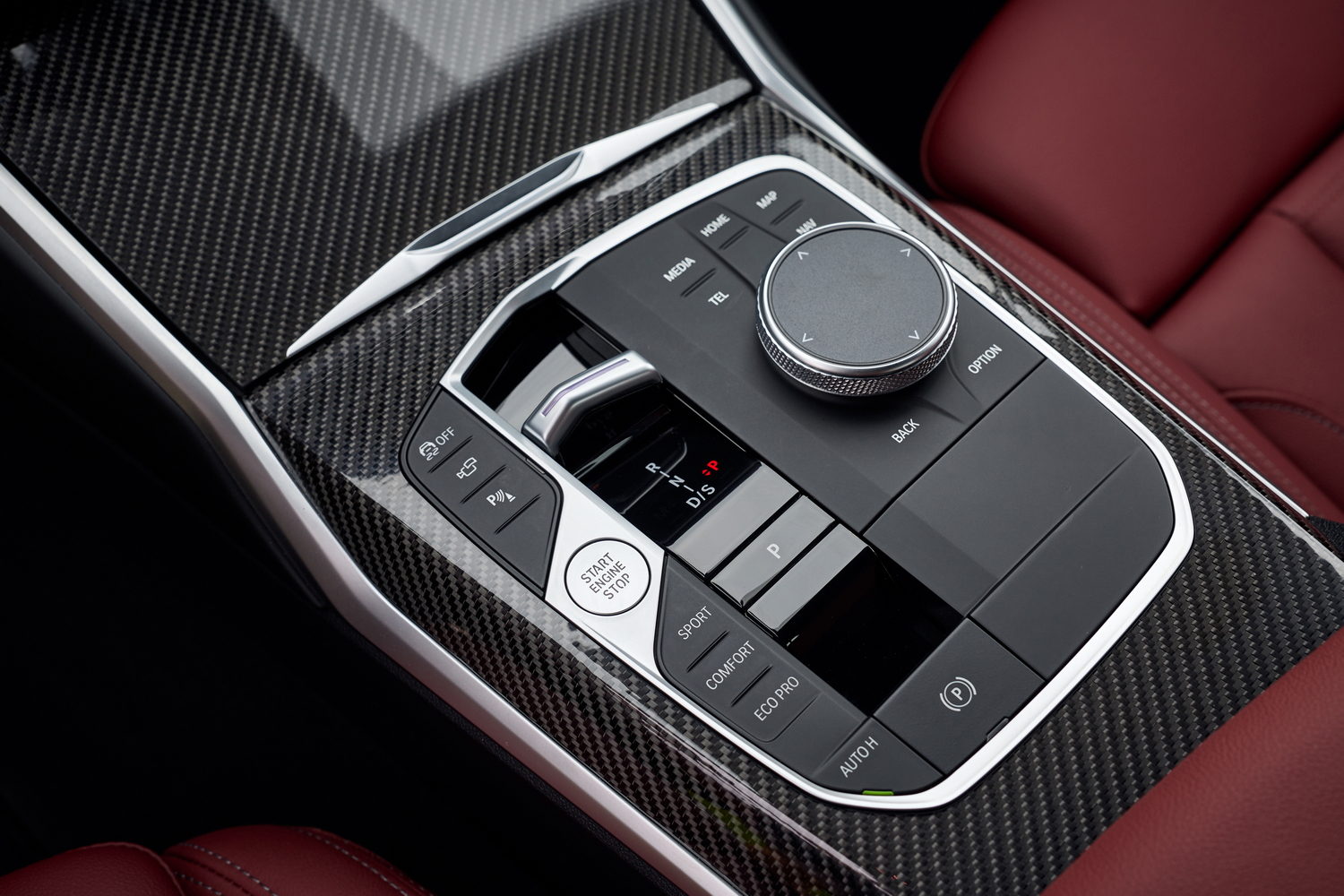 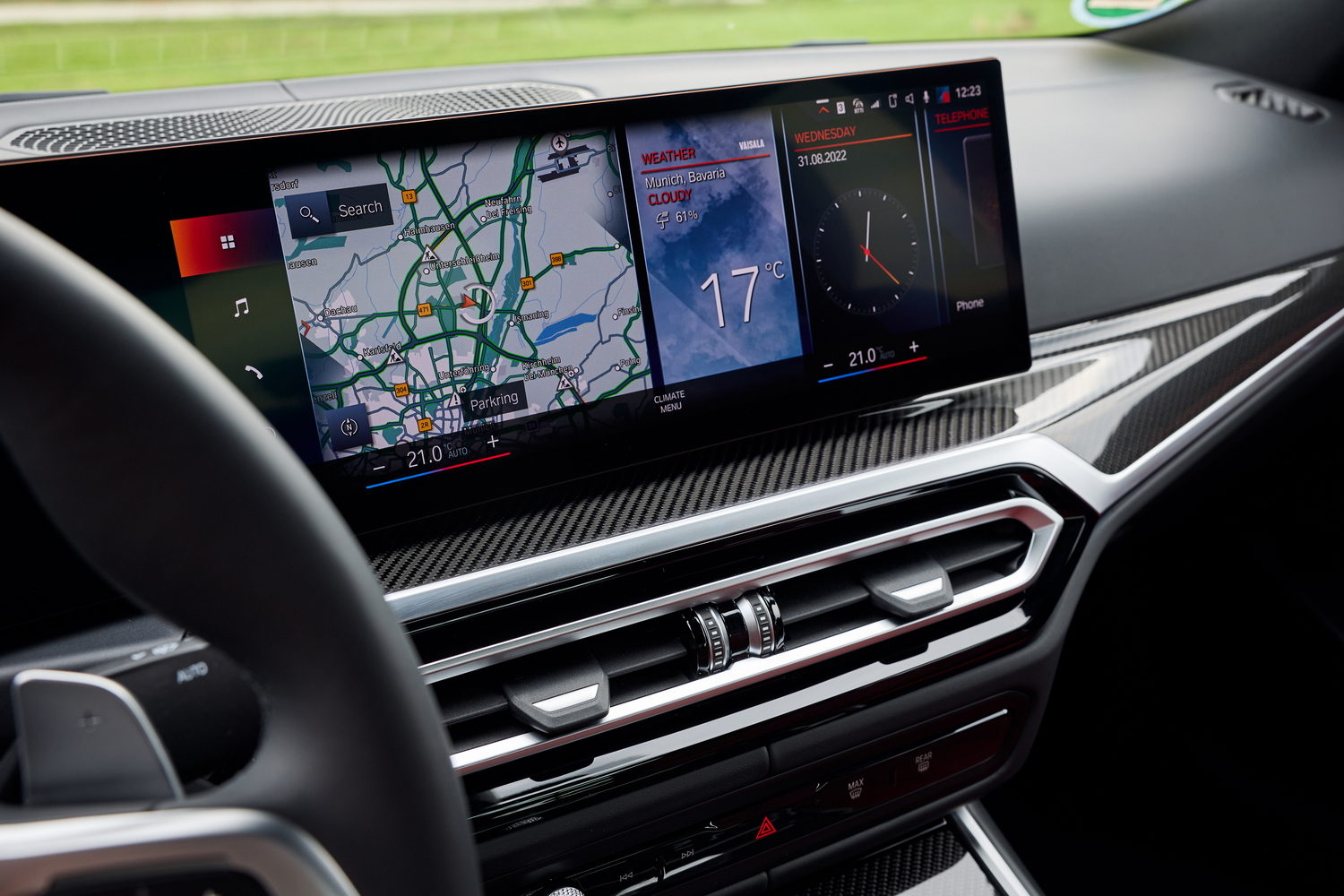 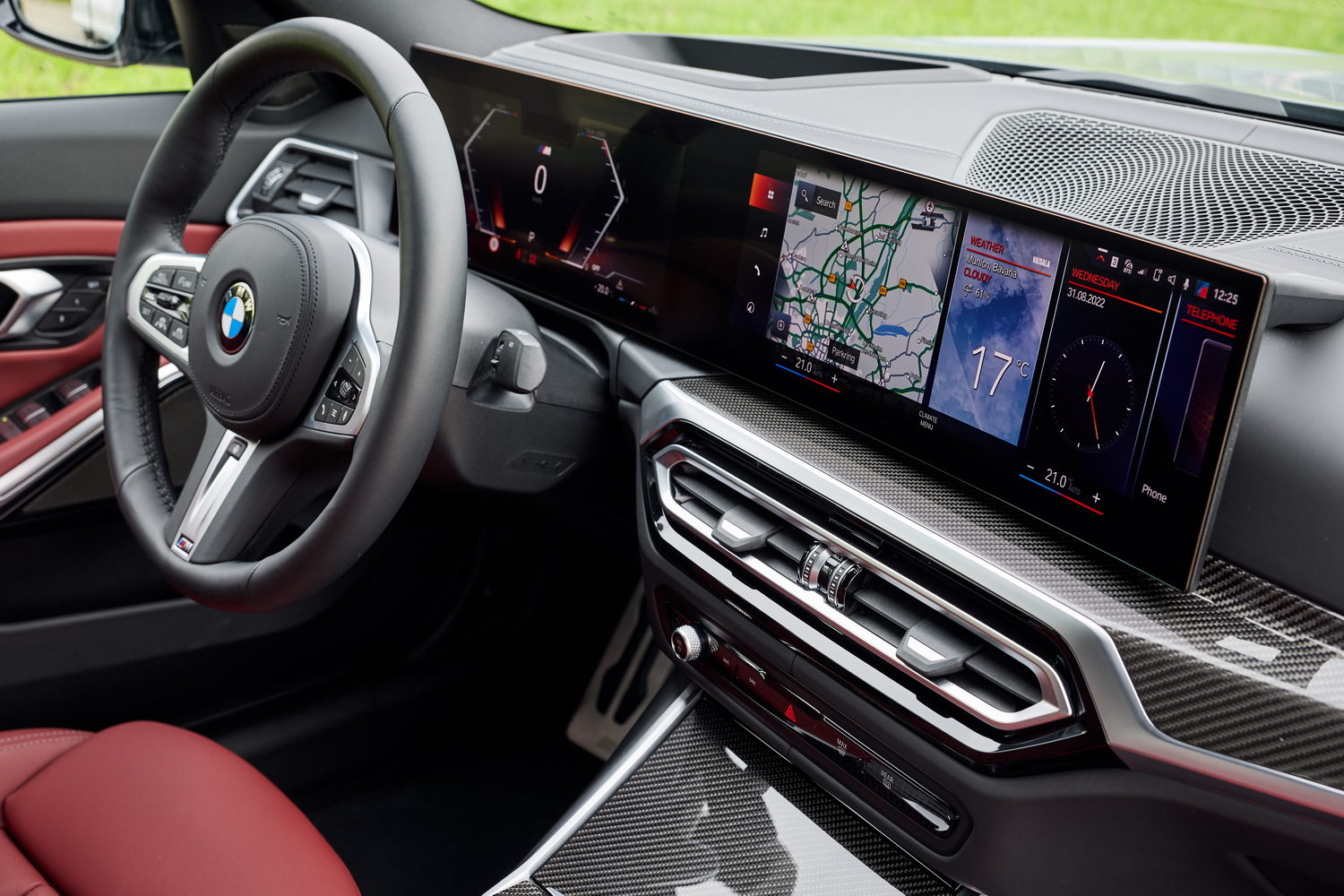 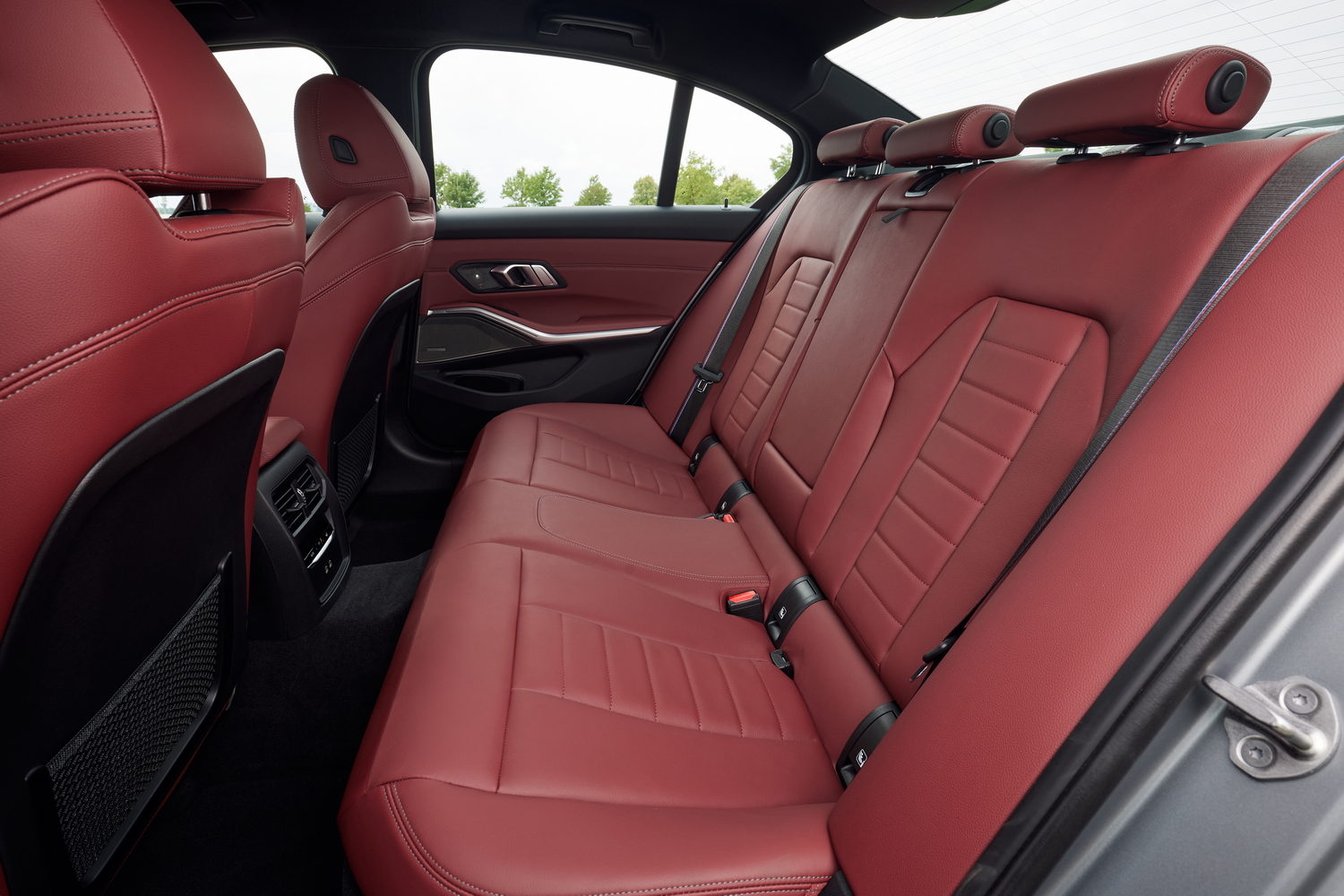 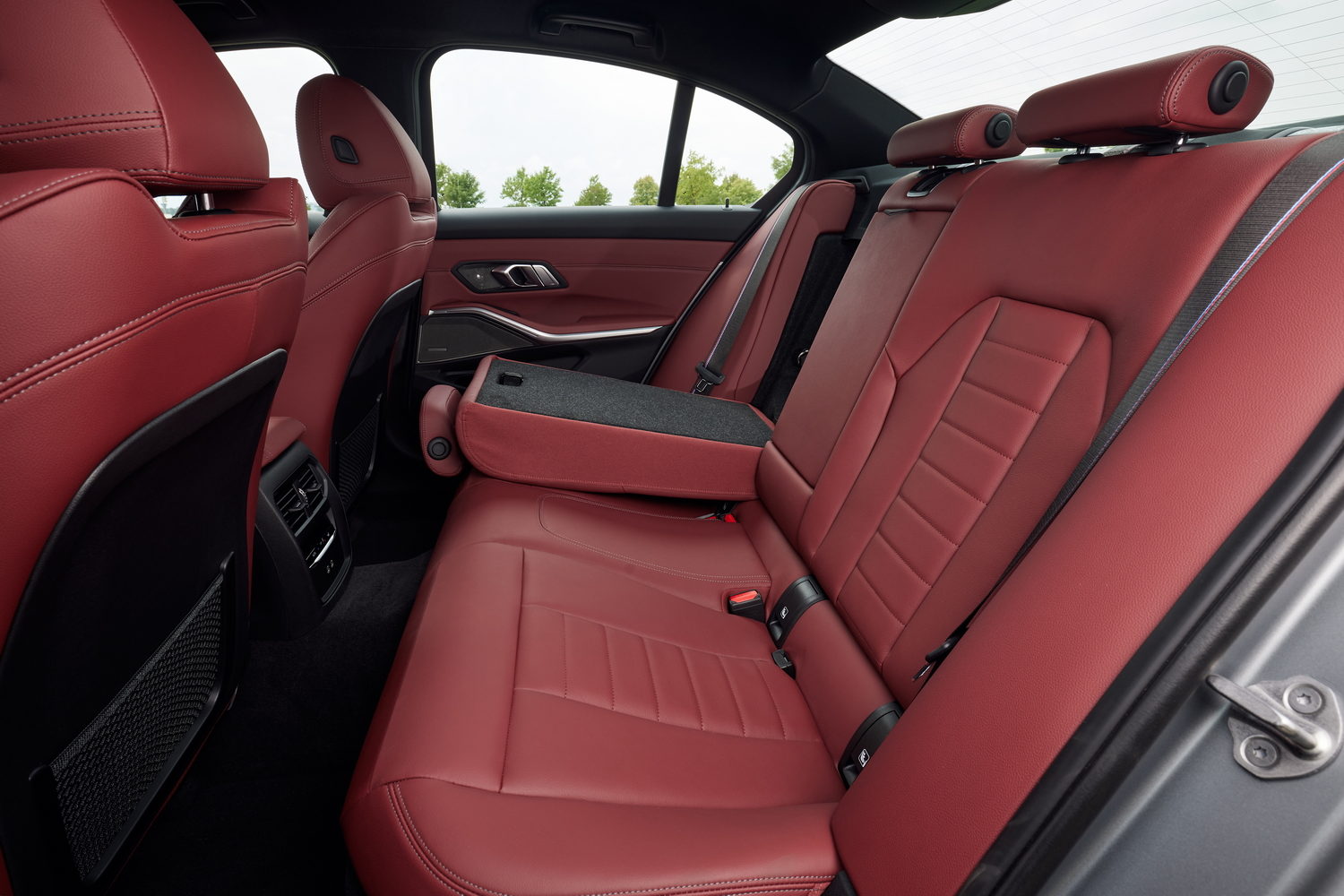 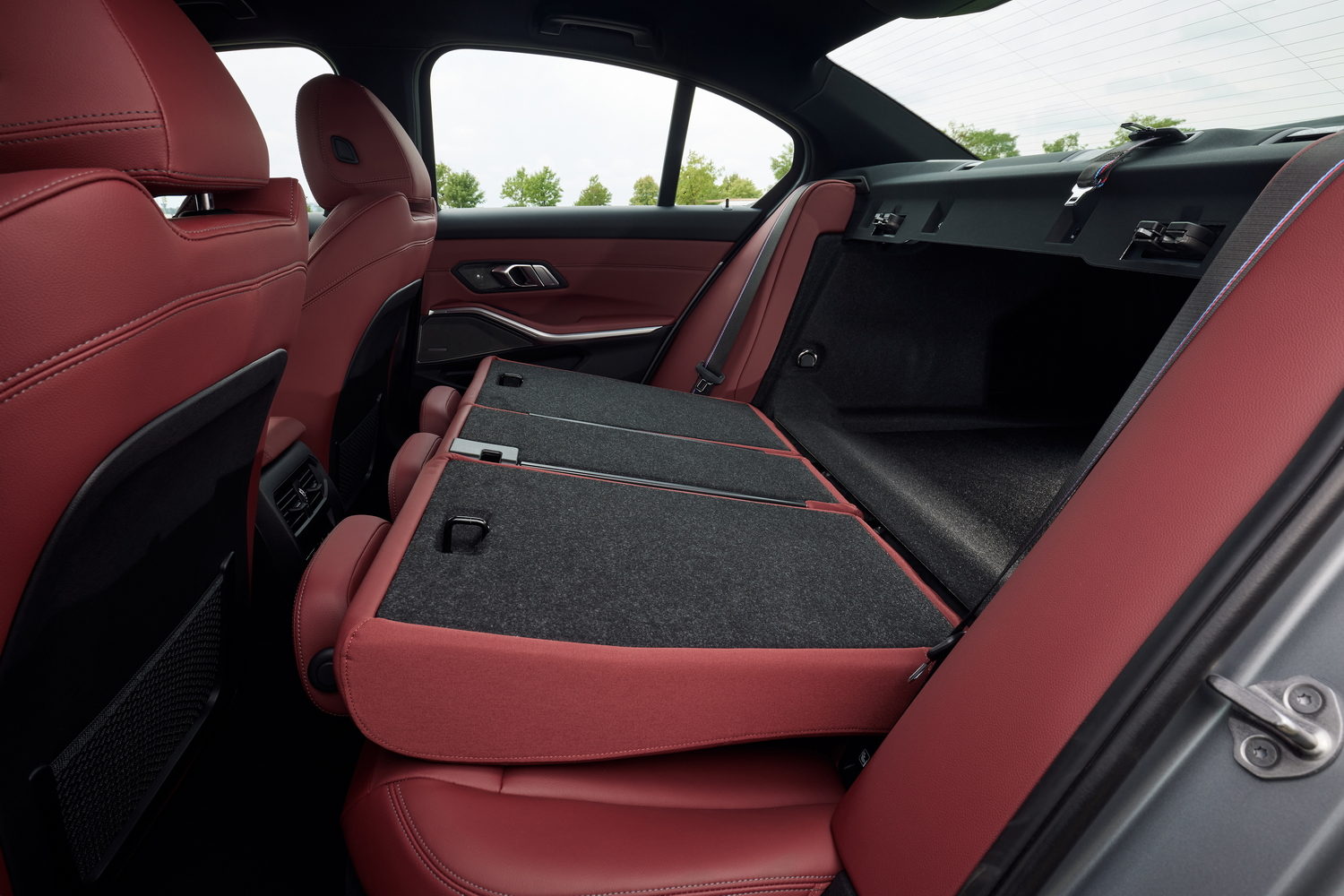 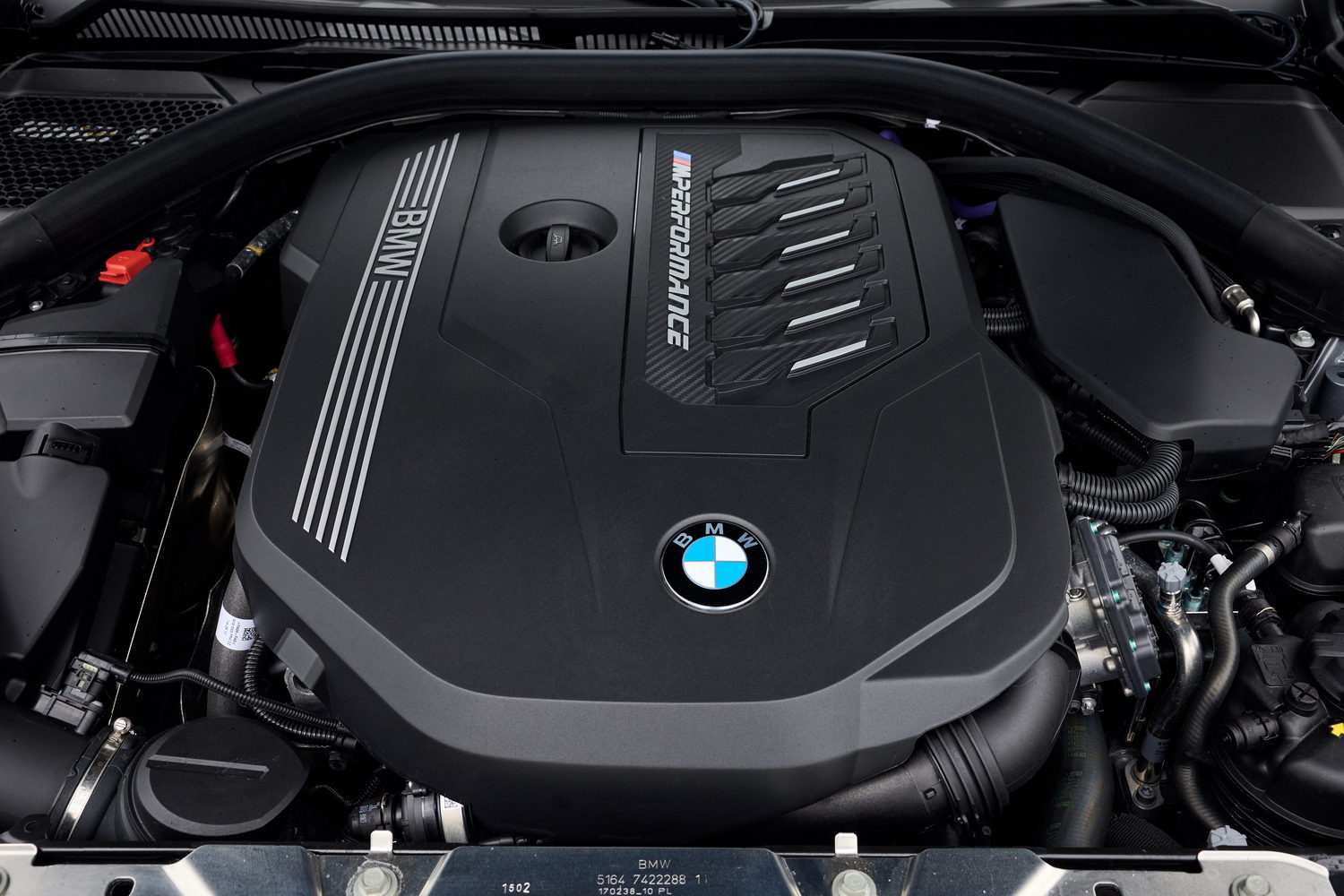 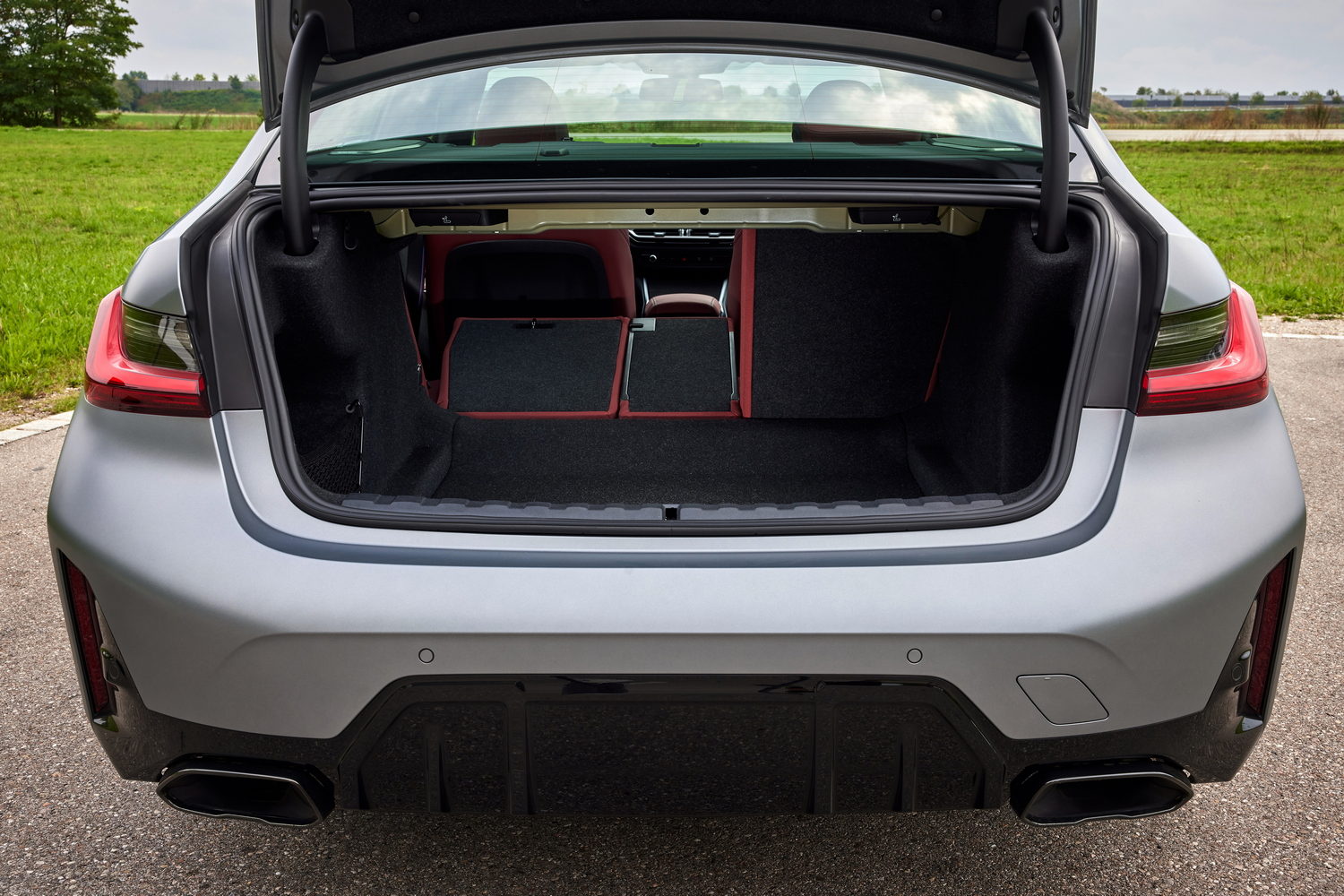 BMW's updated 3 Series gets a mild facelift and fresh technology, but there's still an M340i model...

The BMW 3 Series is arguably the Bavarian company's most important model (more than a million examples of the current generation have been built since its launch in 2019), but the time has come for a refresh. Aside from a light visual update, BMW has also fitted touchscreen technology from the i4 and iX electric cars, and there's a lightly revamped selection of trim levels. We drove the high-end, high-performance M340i xDrive version to find out whether the changes add up to make a substantial difference.

Such has been the success of the outgoing 3 Series that BMW has kept external updates to a minimum. Those familiar with the model will spot new headlights and new bumpers - particularly on the popular M Sport models - plus the slightly reprofiled front grille. As before, the go-faster M340i xDrive and M340d xDrive models also get glossy black exterior trim and some aerodynamic mirror housings taken from the even more powerful M3.

The real changes, however, can be found inside, where BMW has fitted its latest-generation infotainment technology. That's housed in a curved display that sweeps around the driver's side of the dashboard, combining a touchscreen infotainment system and a digital instrument cluster in one housing.

As you'd expect, the new system looks and feels more modern than its predecessor, with the new instrument cluster proving a particular highlight. It's clearer and easier to configure than the old and slightly messy display, while also managing to look more modern in the cabin. And the touchscreen is much the same, thanks to its crisp new look and its sharp responses to inputs from the driver or passenger.

But it isn't all sunshine and rainbows. With the arrival of the new screen set-up, BMW has grabbed the chance to move vehicle functions into the touchscreen, removing buttons from the dashboard. The result is a cleaner and more modern design with far less switchgear, but that means the cabin feels marginally less ergonomic than before.

The saving grace is the fact the iDrive rotary selector has survived BMW's button cull, meaning most of the touchscreen's functions can be accessed without taking your eyes off the road. Admittedly, getting to that stage takes a bit of familiarisation, but that's a small price to pay.

Slight drop in ergonomic standards aside, the new dashboard is every bit as good as its predecessor, with the same attention to detail and build quality. Maybe an Audi A4 is very slightly more impressive in terms of engineering and tech, but the materials used in the 3 Series are first class and the way in which they're bolted together is still highly commendable.

As is the interior space, which is unchanged from the old car. That means there's still plenty of room for four adults to sit in comfort, with ample leg- and headroom in the rear seats. Sure, the Touring estate version has a little more capacity, but not much.

It doesn't even have a vastly more capacious boot. Where the saloon offers 480 litres of luggage space (less if you choose the plug-in hybrid), the Touring offers 500 litres - a mere 20 litres more. While that doesn't tell the whole story - the estate's boot is a more useful shape and more easily expandable, and it's accessed through a large tailgate - it does give you some idea of how practical the four-door car still is.

The BMW 3 Series has long been a pleasure to drive, and despite the new car's interior overhaul, little has been done to change that. The mechanical components are much the same as before, and it feels much the same on the road.

This M340i xDrive model is designed to be a halfway house between the 'normal' 2.0-litre 3 Series models and the supercar-bashing M3 performance model, so it gets a few special upgrades. It comes with bespoke suspension, upgraded brakes and a limited-slip rear differential for extra traction.

All of which means it's a joy to drive, turning into corners eagerly and offering near-perfect balance and poise. And it does all that without jarring you every time it goes over a bump. The ride is a little bit stiff at times, but it tells you exactly what the wheels are doing and adds to the overall sense of feel. It can just get a little wearing, especially at lower speeds.

That said, the highlight is the creamy 3.0-litre straight-six petrol engine under the bonnet. Producing 374hp and sending it to all four wheels via an eight-speed automatic transmission, it has power in abundance, and it makes a lovely, slightly menacing growl when you put your foot down. It makes swift progress, too, smashing the 0-100km/h sprint in 4.4 seconds.

But while the M340i engine is a peach, it's far from the only option. It isn't even the only good option. For a kick-off, customers who want an M340i but can't stomach the fuel consumption can instead choose the much more frugal M340d xDrive. It's still powered by a 3.0-litre, six-cylinder engine, but it's significantly more economical and only very slightly less powerful. The 0-100km/h time is only two tenths slower than that of the M340i, too.

If you'd rather have something less performance-orientated, there's a range of 2.0-litre engines to choose from, as well as a plug-in hybrid. There's the economical 2.0-litre 320d diesel, which has 190hp and a choice of rear- or all-wheel-drive setups, or you can choose the 320i or 330i models, both of which are powered by versions of the same core 2.0-litre turbocharged petrol engine. The difference is the 320i has 184hp, while the 330i comes with 245hp.

But we expect most customers to go for the 330e plug-in hybrid, which combines a 2.0-litre petrol engine with an electric motor and a 12kWh battery pack. Together, they provide 292hp and an electric-only range of 54-62km on a single charge. If you mostly do short journeys and charge regularly, the car will manage massively impressive overall economy, too. But the killer blow is the emissions figure of just 30-40g/km, which means low VRT and hence it's the cheapest powertrain in the range.

The 3 Series range starts at just over €53,000, so it's much cheaper than the Mercedes-Benz C-Class and only a little pricier than the Audi A4. That said, this high-performance version comes in at a whisker under €90,000 - and that's before you fit any options. It's hardly cheap, then, but you do get plenty of standard equipment. Apart from the engine and the performance-orientated features, the M models come with 19-inch alloy wheels and full leather upholstery, as well as three-zone climate control, high-gloss Shadowline exterior trim and, of course, the new touchscreen and digital instrument display.

In any form you care to mention, the 3 Series is brilliant, but the M340i is a masterpiece. It retains the balance and poise of the old car, while adding the technological advancements common to all 3 Series models. Happily, at a time when Mercedes-AMG is ditching V8s from the C-Class range, BMW's fantastic 3.0-litre petrol engine lives on, continuing to impress with its glorious sound and ample performance. It won't be for everyone, but for those who dislike the M3's hardcore attitude or challenging looks, the M340i xDrive is an incredibly attractive and engaging alternative. 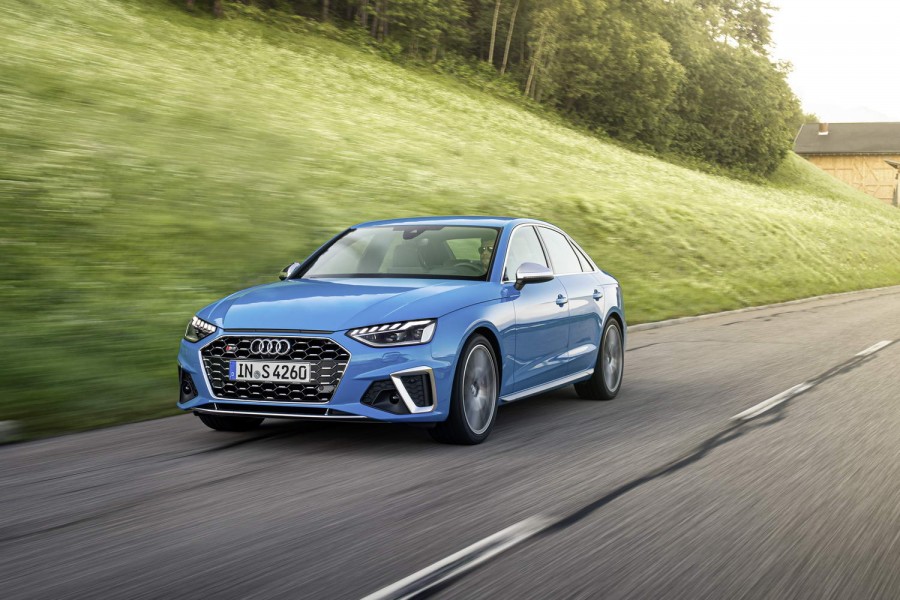 Audi S4 TDI saloon (2020) review
Audi S4 vs. BMW M340i xDrive Saloon (2023): an ageing compact executive saloon, but still beautifully built and impressively stylish, the S4 is one of the 3 Series' biggest rivals. It's high-tech and fast, but even the sportiest S4 models don't drive as well as the BMW. 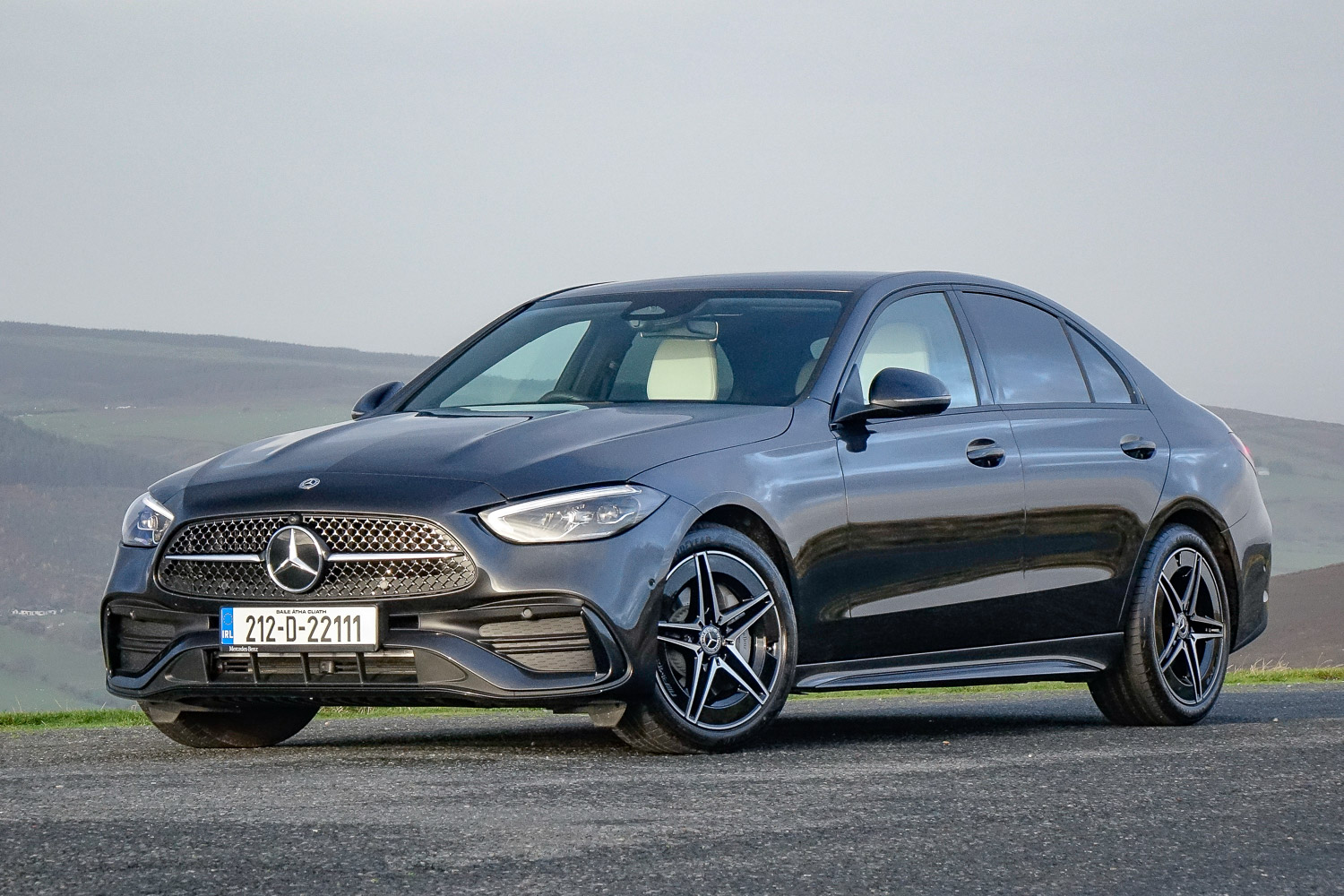 Mercedes-Benz C 200 d (2021) review
Mercedes-Benz C-Class vs. BMW M340i xDrive Saloon (2023): recently updated with an eye-catching cabin and a sharper exterior design, the new C-Class is impressively efficient, but it doesn't drive as well as the 3 Series. And the days of V6- and V8-powered AMG models have, sadly, gone. 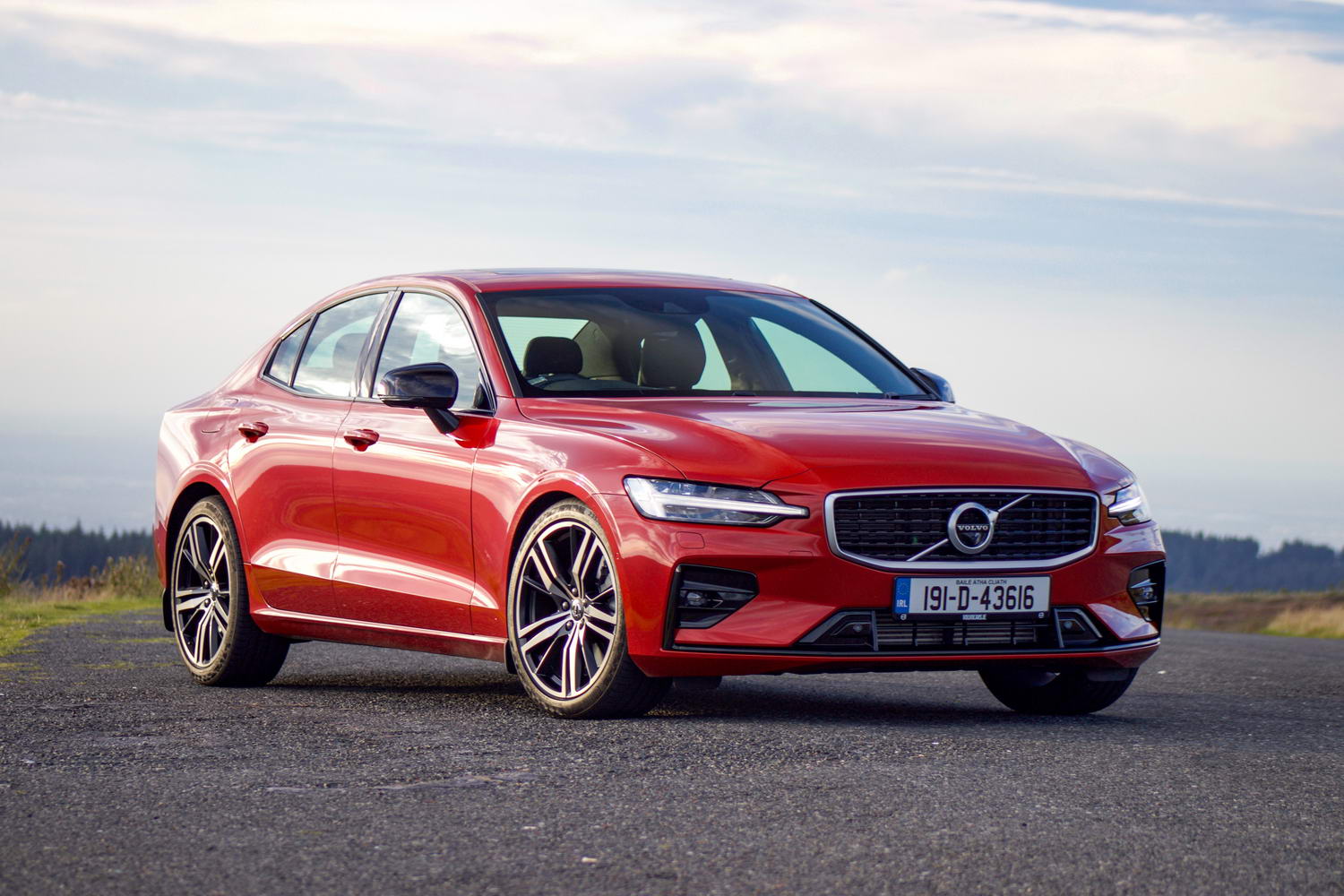 Volvo S60 T5 R-Design (2019) review
Volvo S60 vs. BMW M340i xDrive Saloon (2023): the Volvo S60 proves you don't have to buy a German car to get something premium. With beautiful and unmistakably Scandinavian features inside and out, it's a strong and slightly left-field contender in this competitive segment.