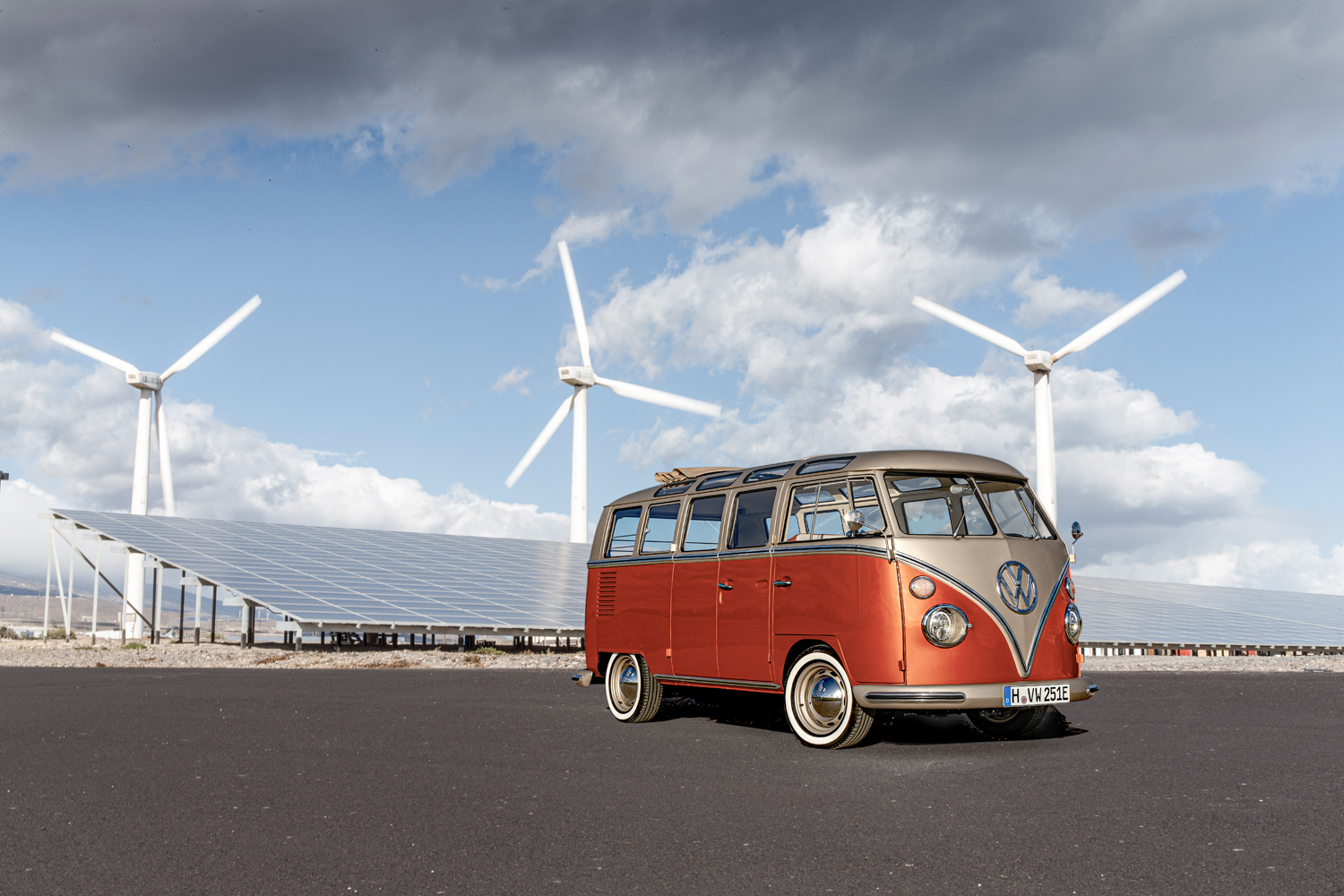 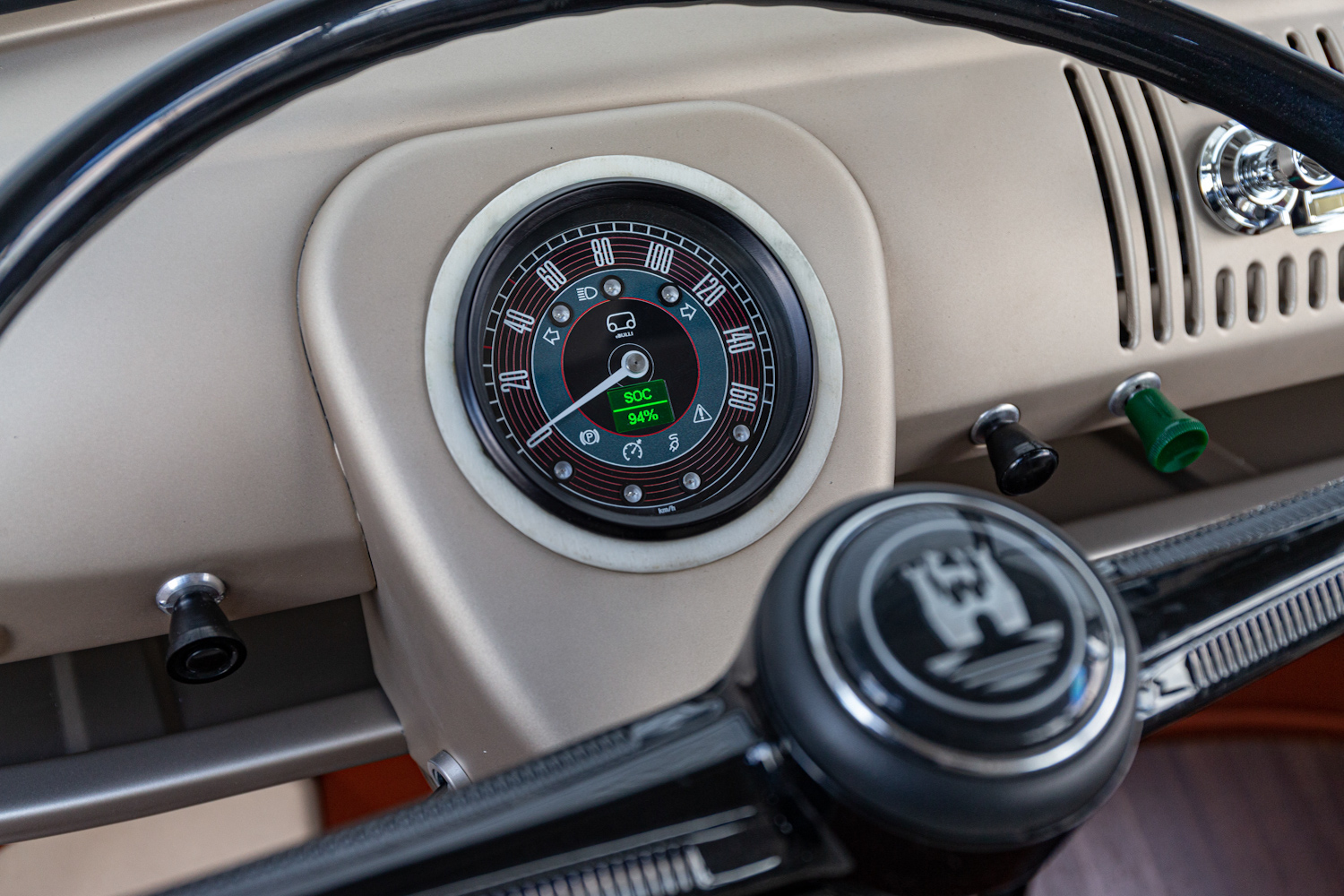 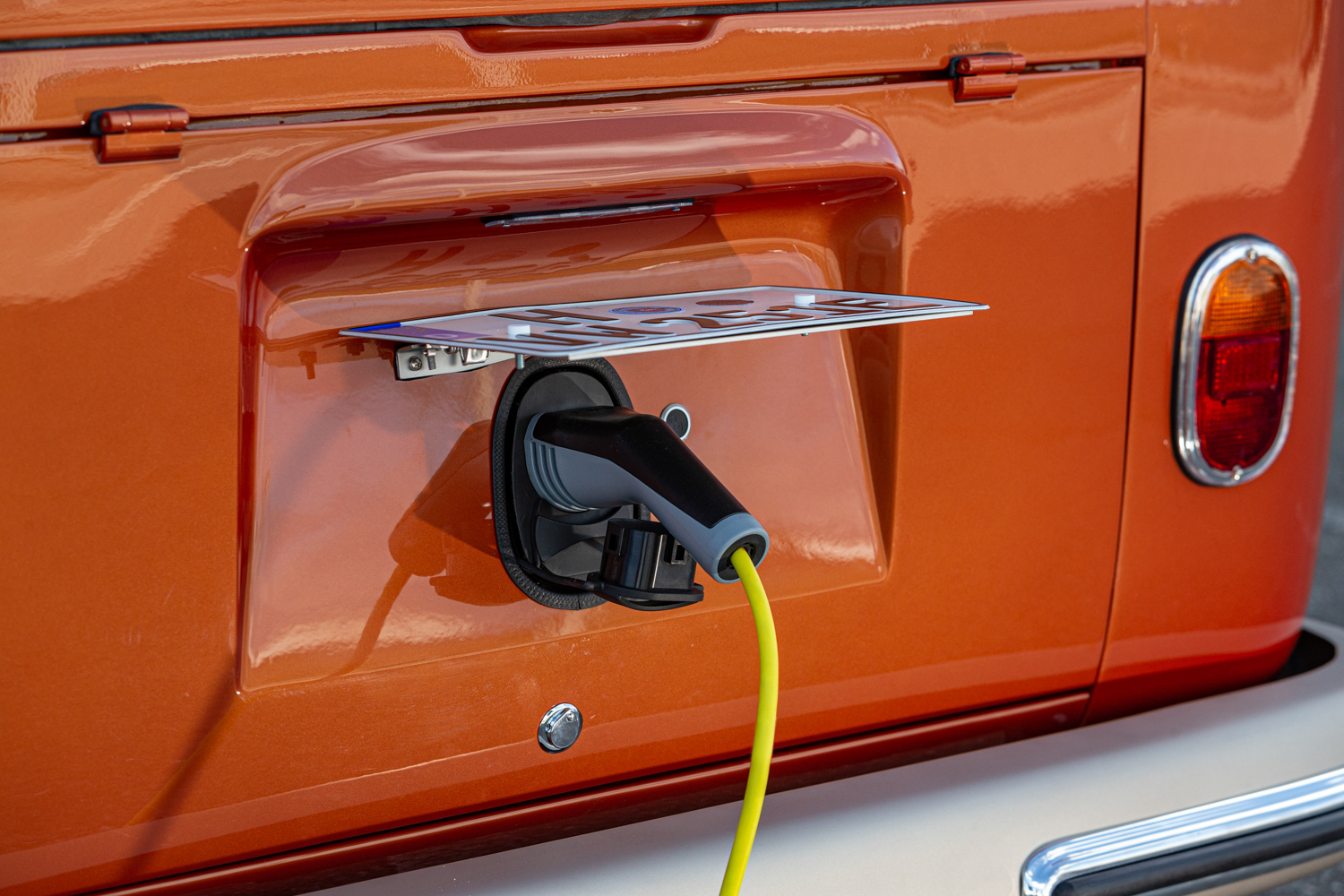 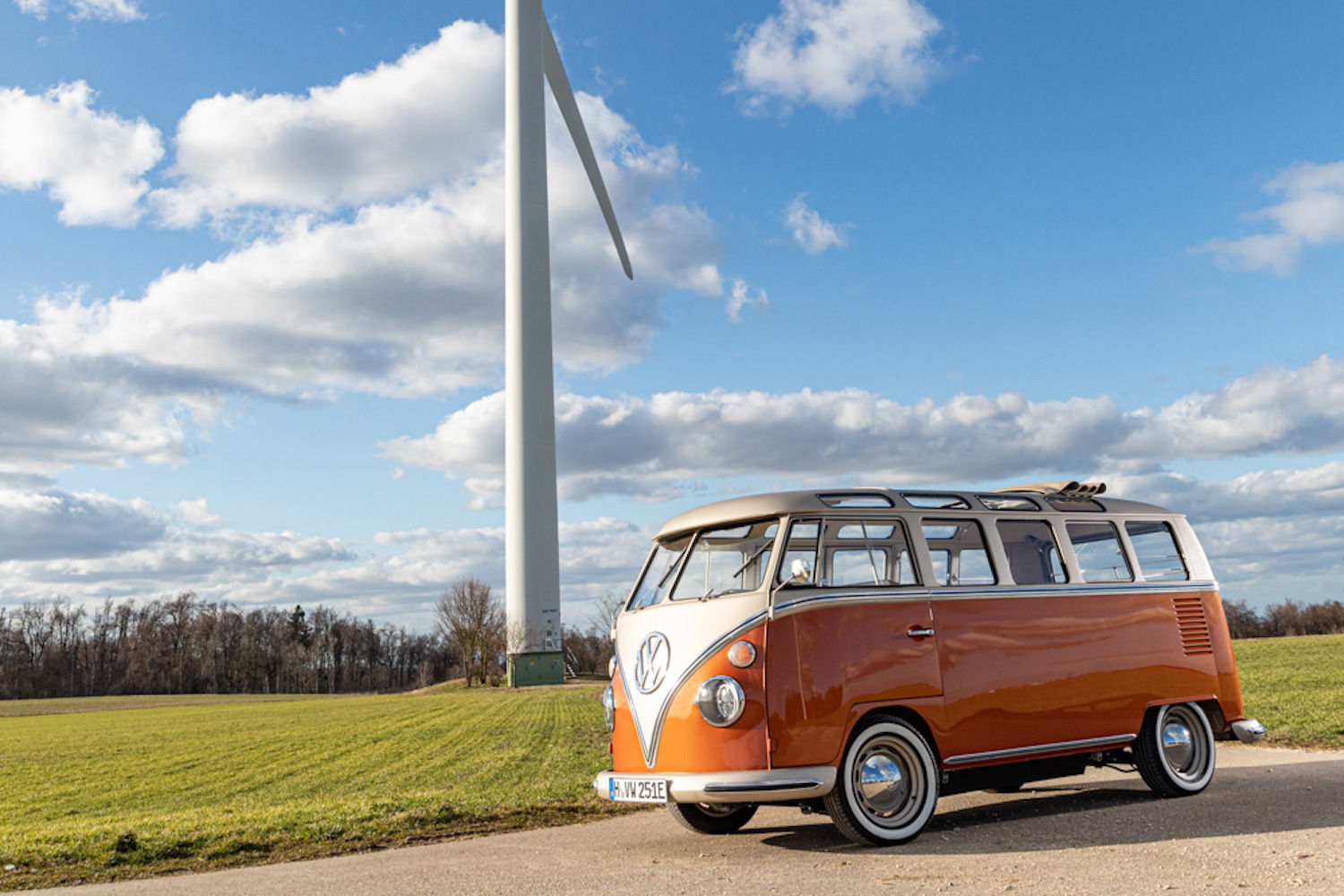 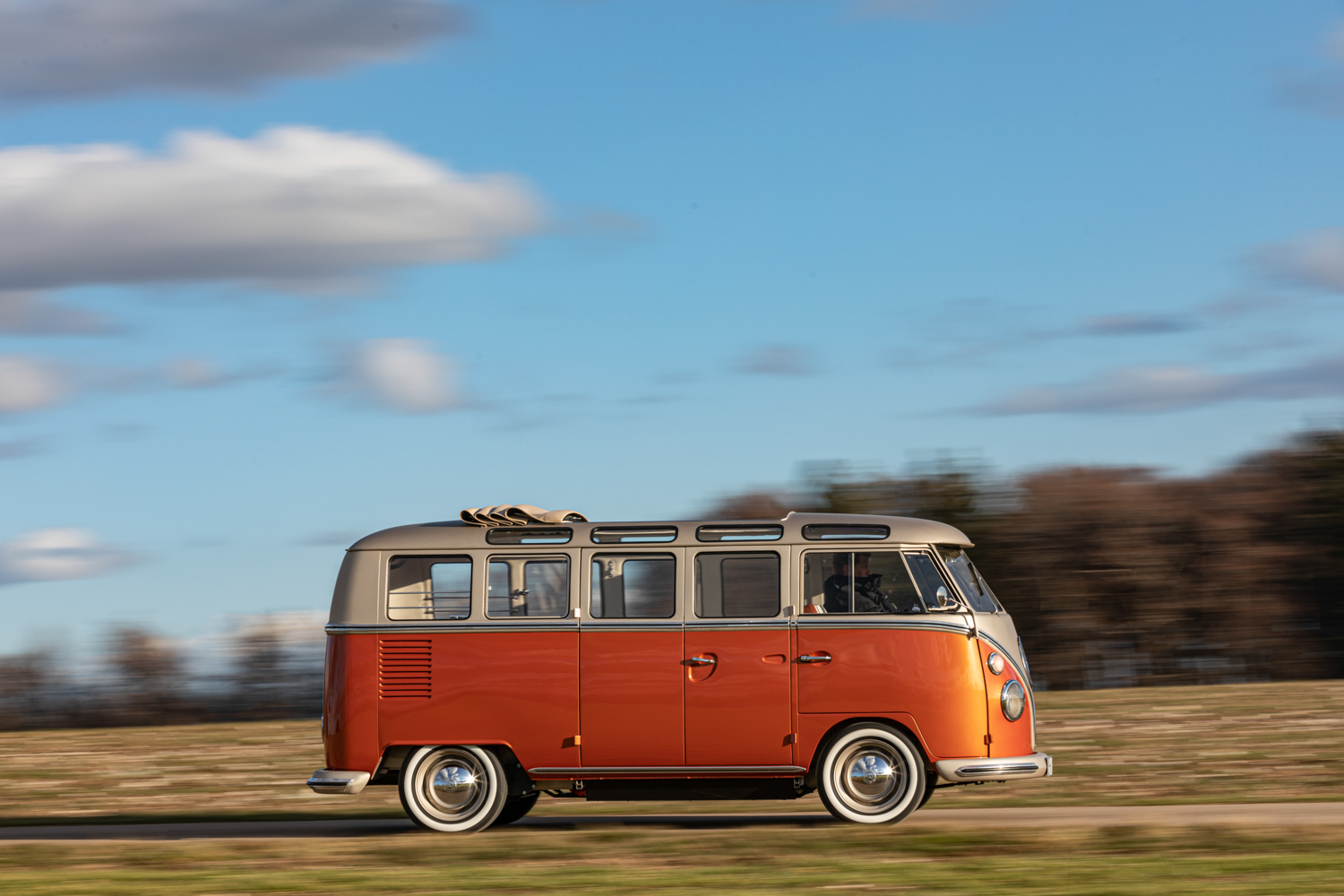 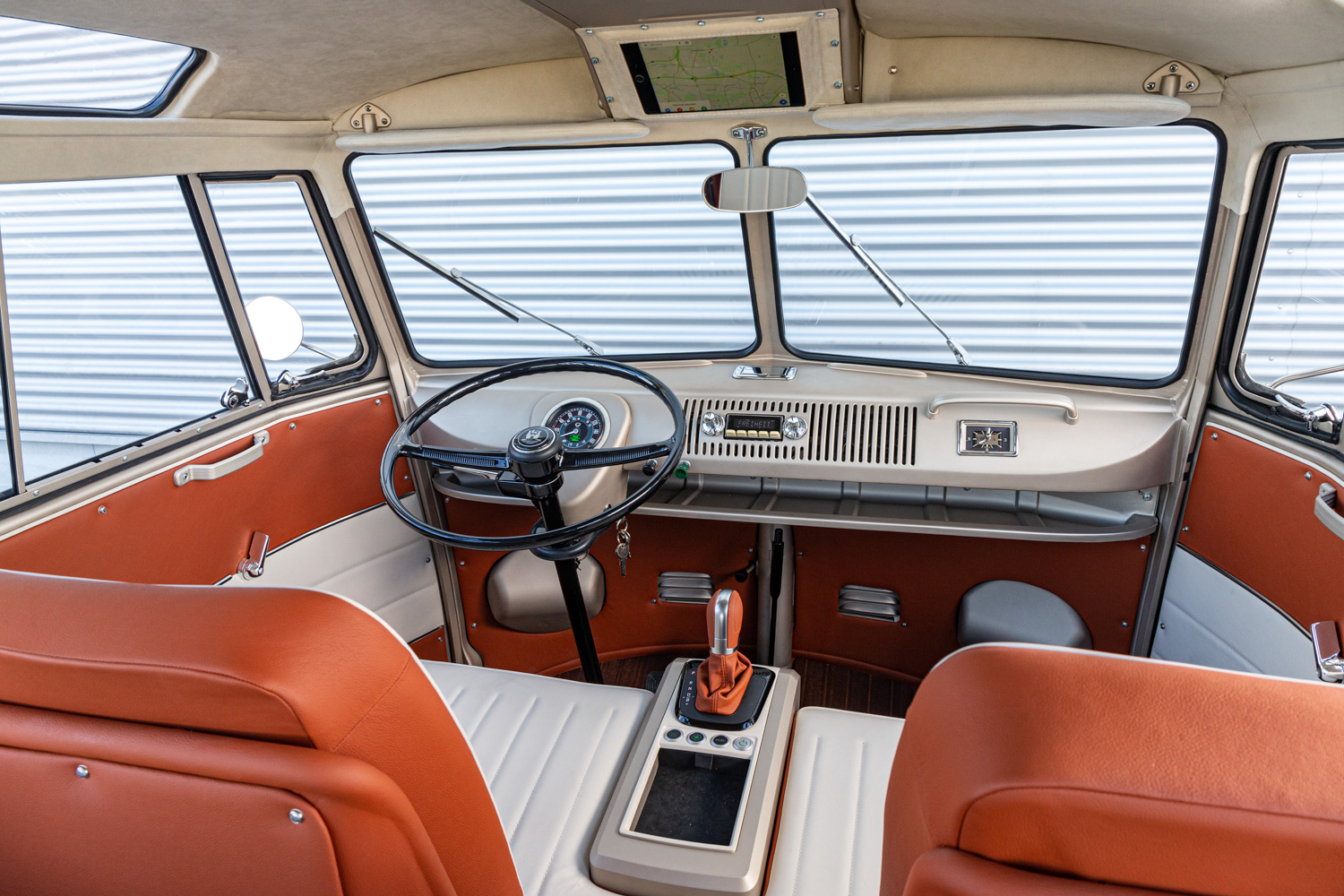 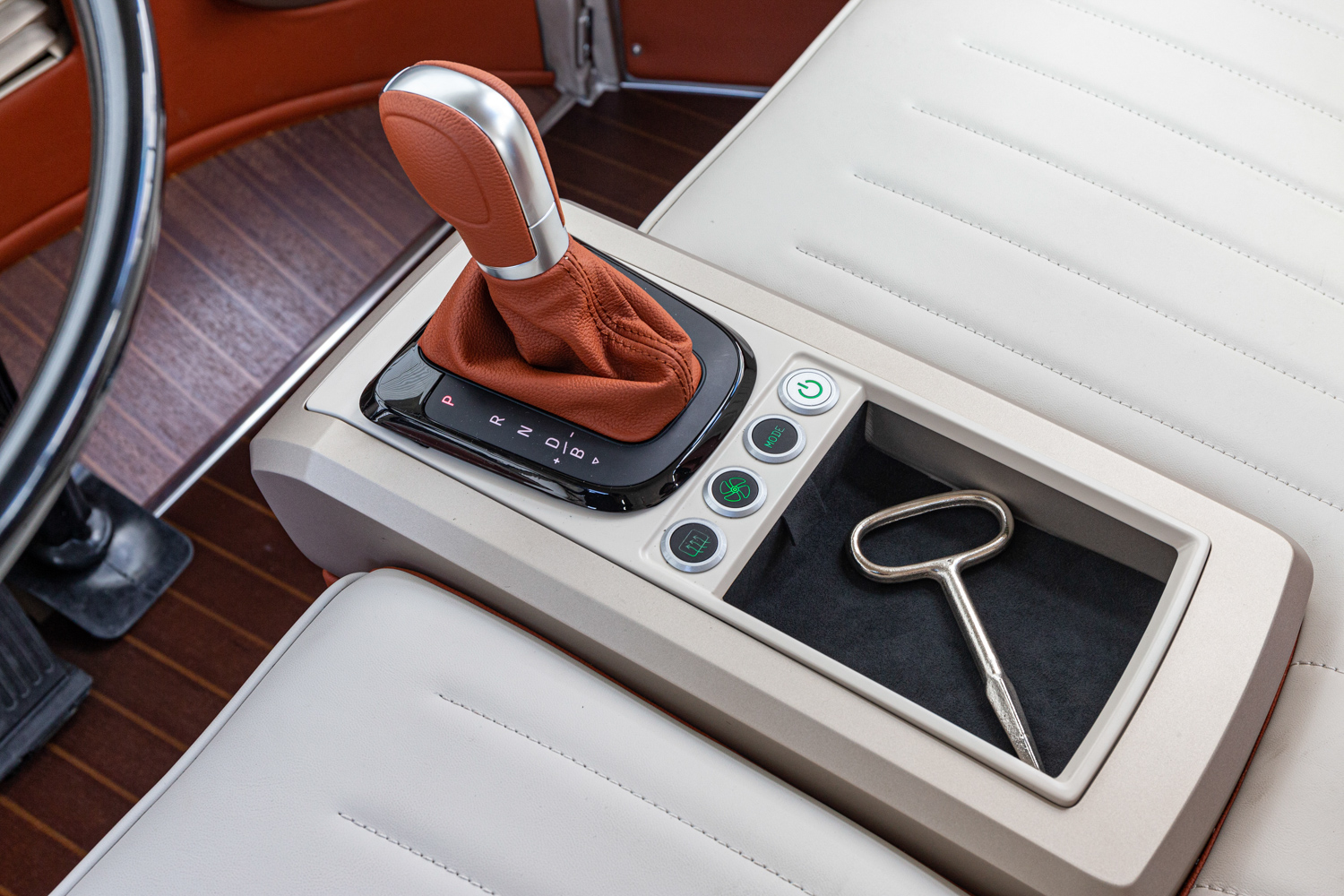 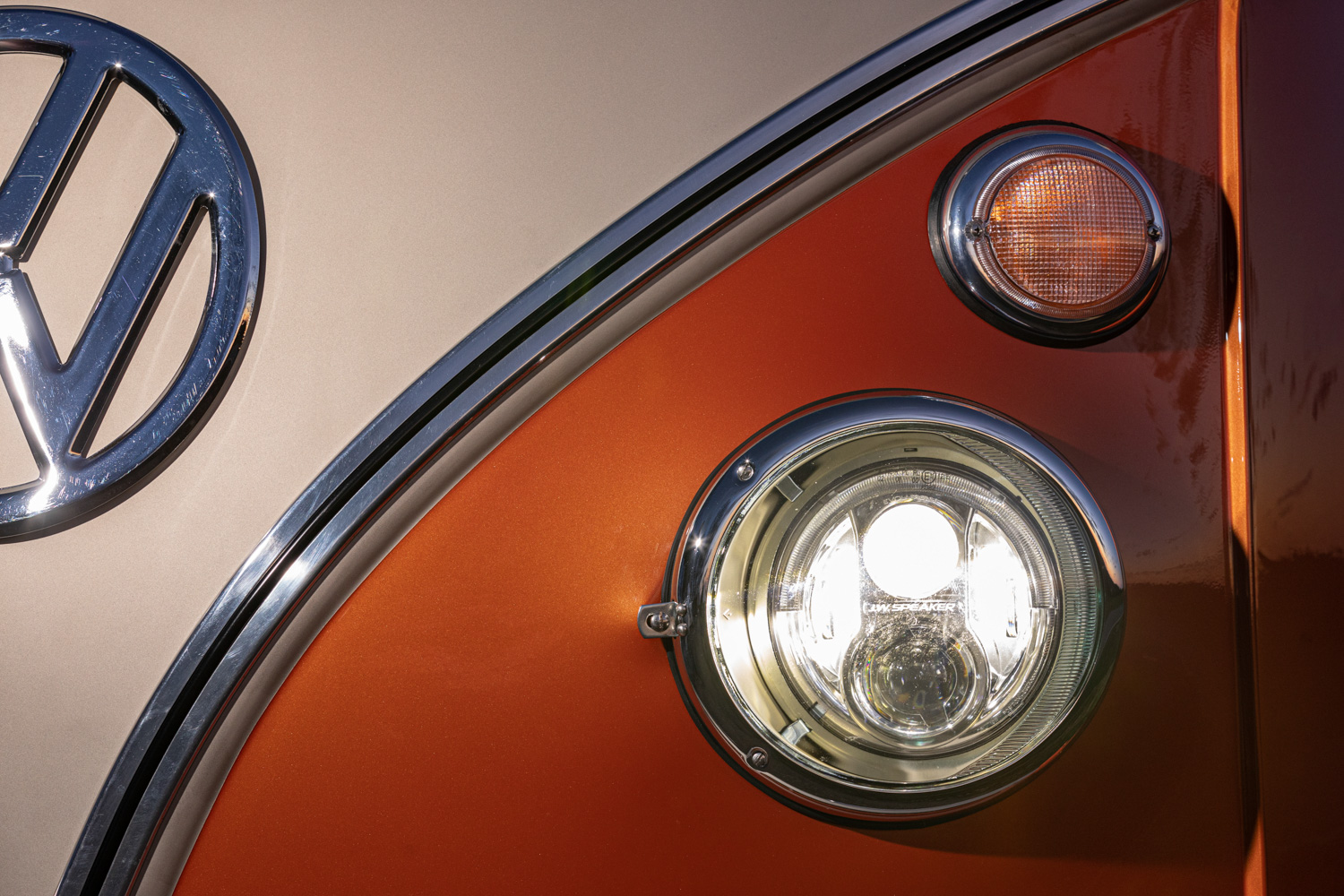 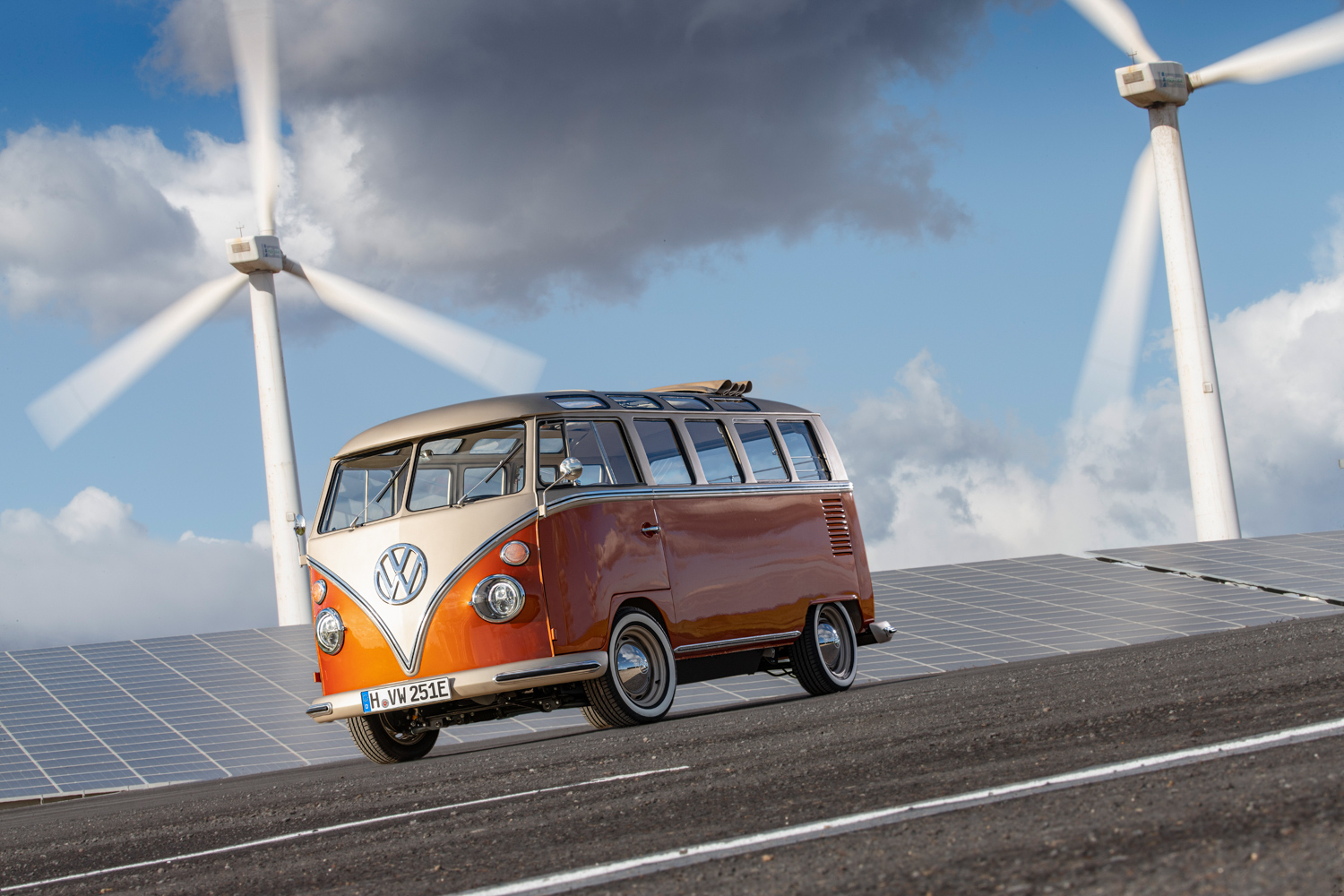 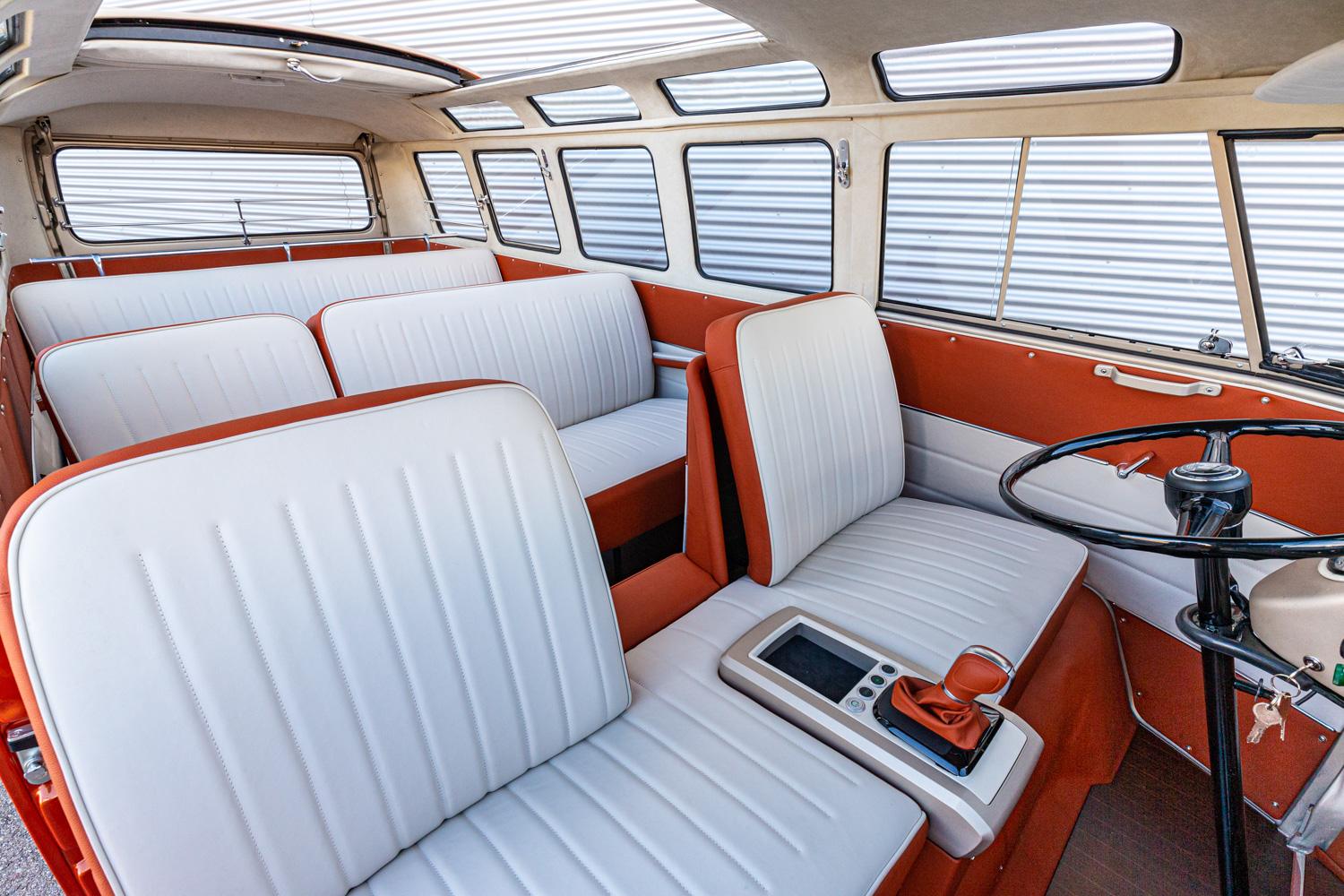 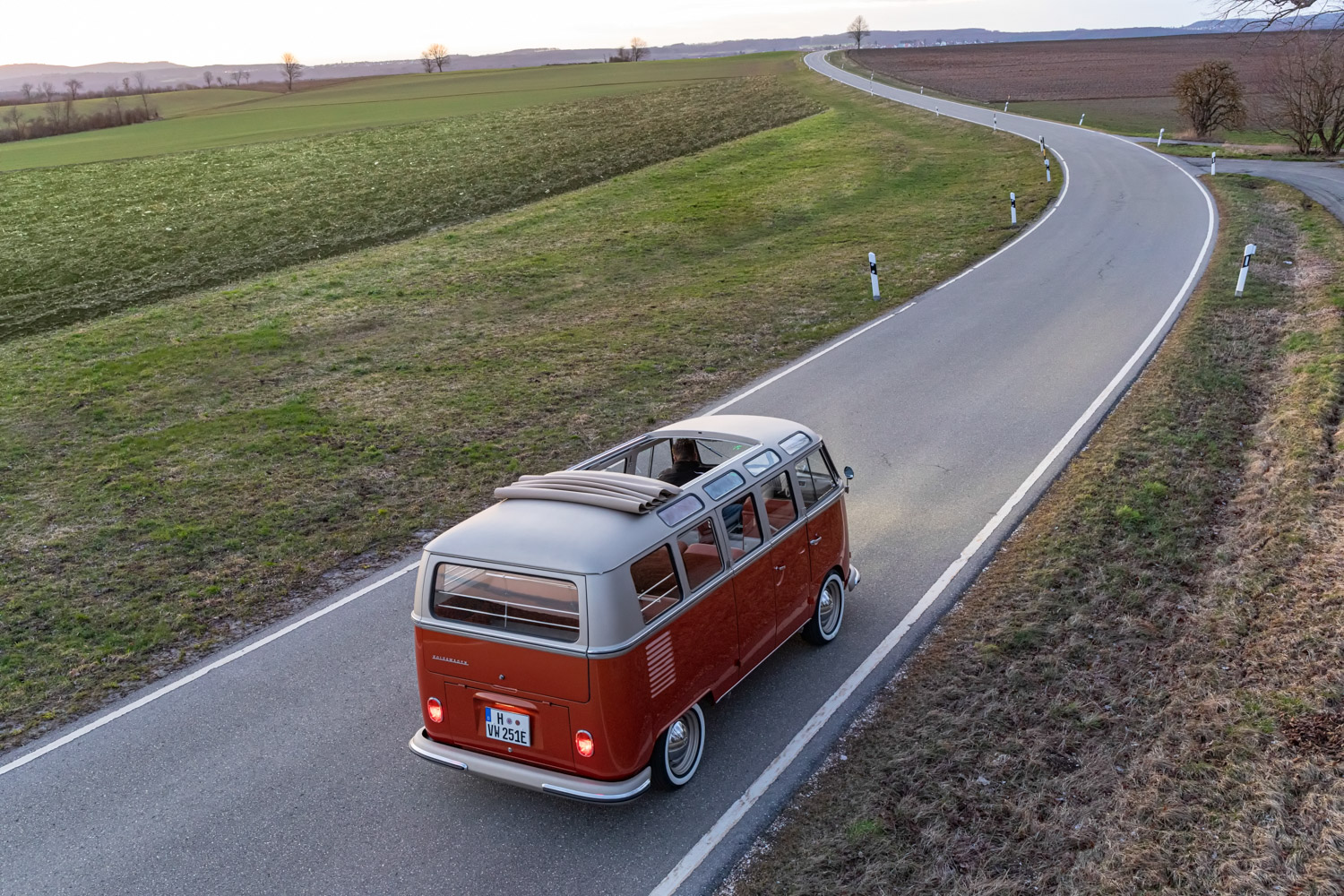 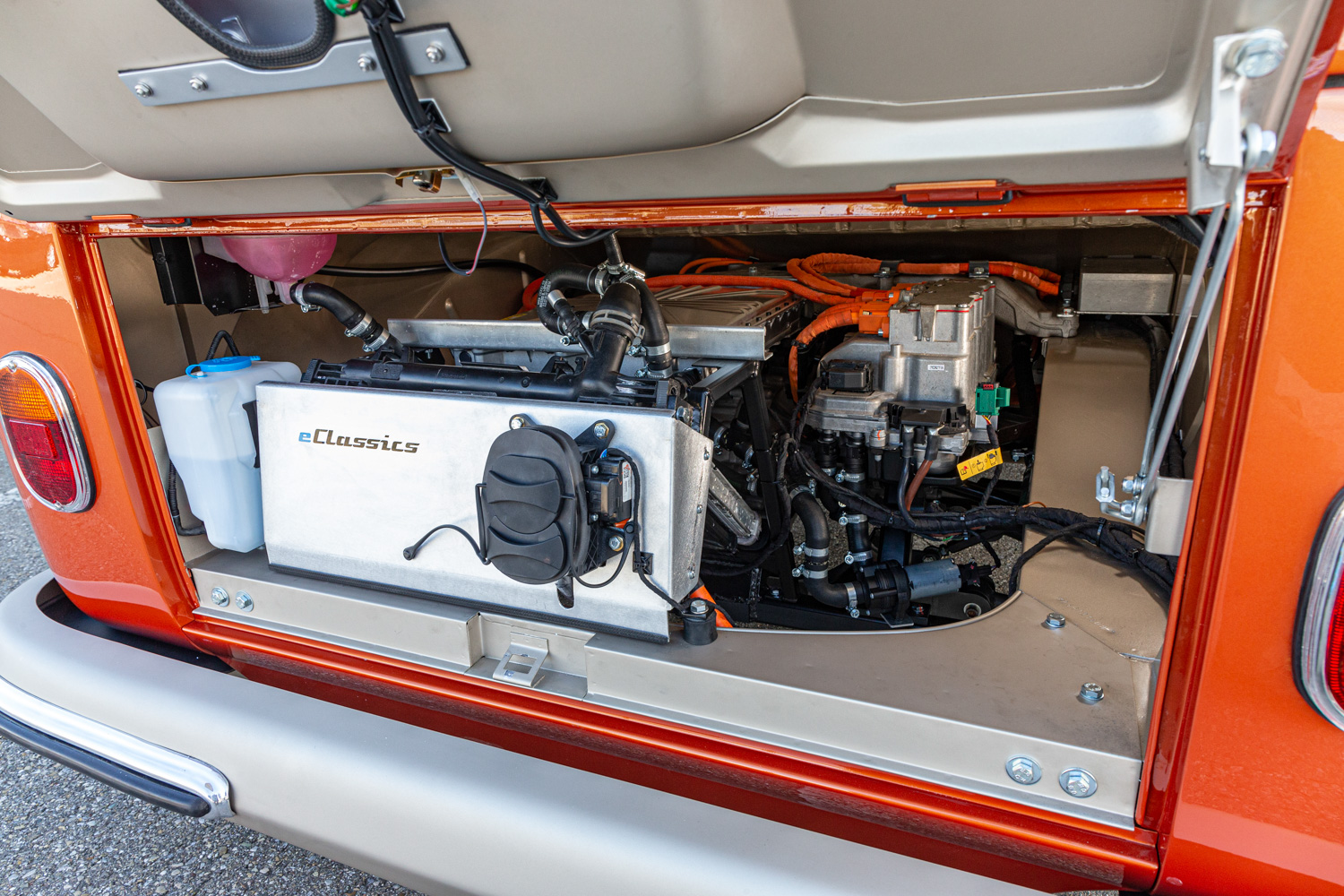 Following on from its restored, original, 1972 electric Transporter van, Volkswagen had been planning to show this resto-modded 1966 'Samba' Transporter at the Techno Classica Essen show. Now that, sadly, the show has been cancellled, Volkwagen is showing off its new creation anyway.

The 'Elektro-Transporter' that Volkswagen showed off a few weeks ago was actually an original 70s creation, complete with its original batteries and Siemens electric motor. This 'e-Bulli' is something rather different - a classic body with modern electrical underpinnings.

So, as the basis for this work, the VW engineers chose a Transporter bus which had been built in 1966, at the company's Hannover factory. It was sold to an owner in California, and stayed on the road for fifty years.

In restoring it, Volkwagen binned the original 44hp flat-four air-cooled Beetle engine, and instead slotted in the 83hp electric motor from the e-Up. Not only does that make it knocking on for twice as powerful as the original engine, torque has also doubled, to 212Nm. Volkswagen reckons that this makes it the most powerful T1 Transporter ever to have been built at the factory.

That gives the e-Bulli a top speed of 130km/h (up from 102km/h for the petrol original). As with the e-Up, the e-Bulli also gets a single-speed automatic transmission, with a new PRND selector in the cabin.

For its power source, the van uses a 45kWh lithium-ion battery which is mounted low down, under the central floor of the van. There's a high-voltage electrical system, and the e-Bulli can actually be fast-charged from a 50kW CCS charger (which plugs in behind the hinged rear numberplate). On a full charge, it should have a range of around 200km.

The chassis has also been massively upgraded to cope with the doubling of power and torque, and the extra weight of the battery. That includes a multi-link front and rear axles with adjustable shock absorbers and coilover struts, plus a new rack-and-pinion steering system and four internally ventilated disc brakes.

Inside, the cabin has been fully restored, and also upgraded with some modern equipment. There's a full wooden floor for the interior, and a new speedometer that incorporates a digital readout. There's a large panoramic push-back roof, a start-stop button, and a digital display that gives the driver a readout of range and battery charge. There's also a tablet screen integrated into the roof panel.

Music on board comes from an authentic-looking retro-style radio, which, however, is equipped with cutting edge technology such as DAB+, Bluetooth and USB. The radio is linked to a sound system with out-of-sight components, including an active subwoofer.

From the outside, you'll spot the e-Bulli from its retro-style round headlights which are actually LED units with daytime running lights. Oh, and that gorgeous exterior paint, which uses two colours - Saint Tropez and Saffrano Orange (the cabin is decked out in the same colours).

Want the best news? You can actually buy one. Volkswagen will convert a T1 split-screen like this for a base price of €64,900, and T2 and T3 conversions will also be available. You could even have the conversion done by a suitably qualified VW dealer, using a conversion kit.