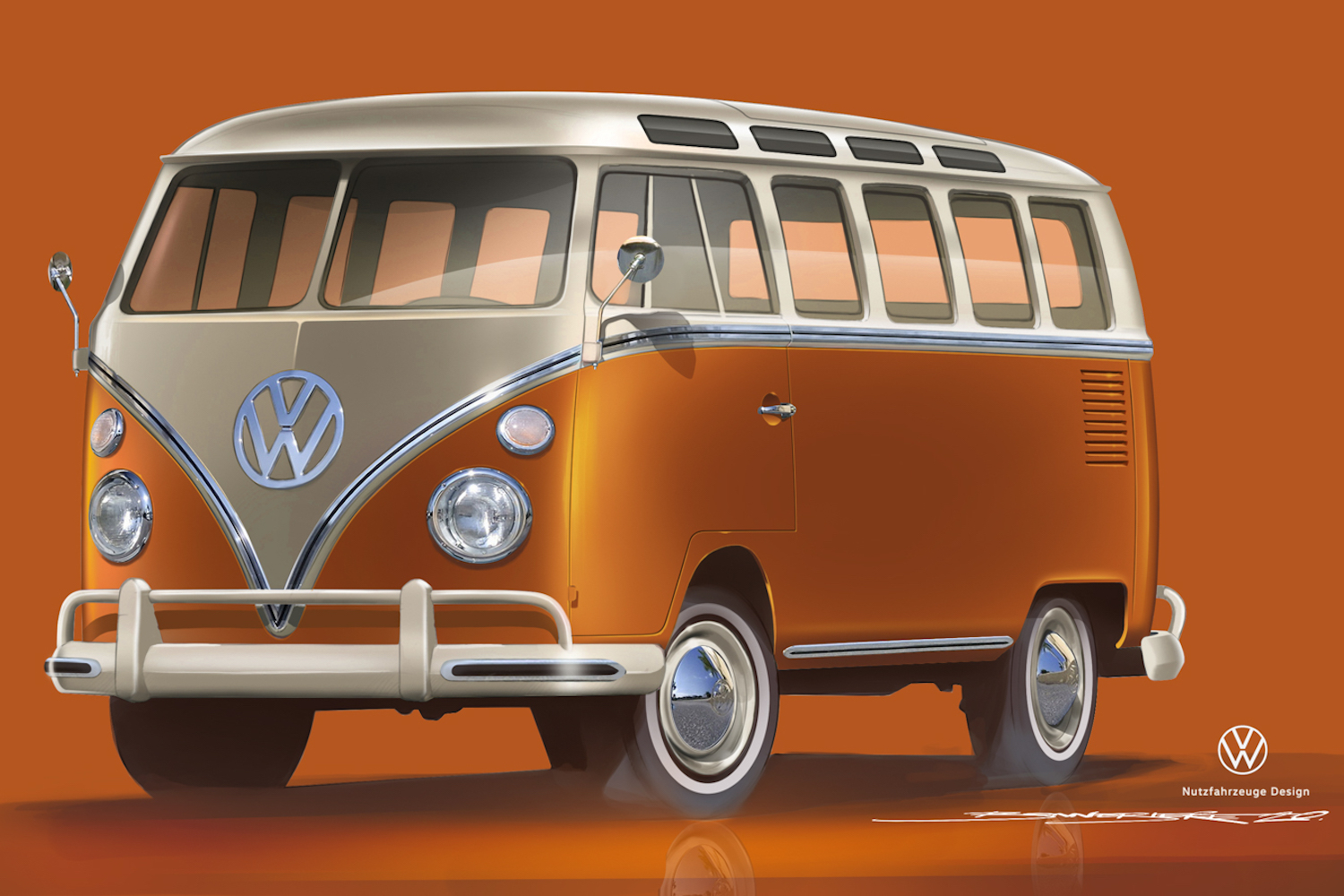 Having, just last week, shown off a restored, original, 1972 Transporter van with an electric motor and battery (as designed in the seventies) Volkswagen is now going down the classic electric conversion route, and is going to offer classic Transporter owners the option of switching to battery power.

This restored split-screen 'Samba' microbus is from 1966, but VW has restored it, and fitted a modern battery and electric motor, and it'll be displayed at the upcoming (Coronavirus allowing) Techno Classica Essen classic car show.

Now, Volkswagen hasn't given us any details on the electric motor and battery, but at the Frankfurt Motor Show last year, Volkswagen showed off a converted classic Beetle cabriolet which used the motor and battery from a new Volkswagen e-Up. That meant an 82hp motor, and a 36kWh battery pack, giving a total range of around 200km. We expect that it's basically the same system, slotted into the Samba (which, of course, shares a floorpan with the Beetle).

Mind you, Volkswagen also says that the van at the show will have "a modern, safer chassis." Does that mean physically stronger? Or has Volkswagen also fitted some of the Up's electronic safety aids? We'll have to wait and see.

Volkswagen says that this Samba bridges the gap between the original 1972 e-Bulli (Bulli being the German nickname for the original Transporter van) and the upcoming I.D. Buzz electric van and minivan, which is due to be launched in 2022.

For the electric Samba, Volkswagen has incorporated some modern touches without spoiling the classic lines. Those round headlights are now LED units, while within the original-style speedo, there are small LED indicators that tell you which gear you're in. The floor of the cabin has also been fitted out with yacht-style wood decking, and new leather seats. There's even a tablet computer tucked discreetly into a roof panel, which gives you access to the various functions of the new electric powertrain.