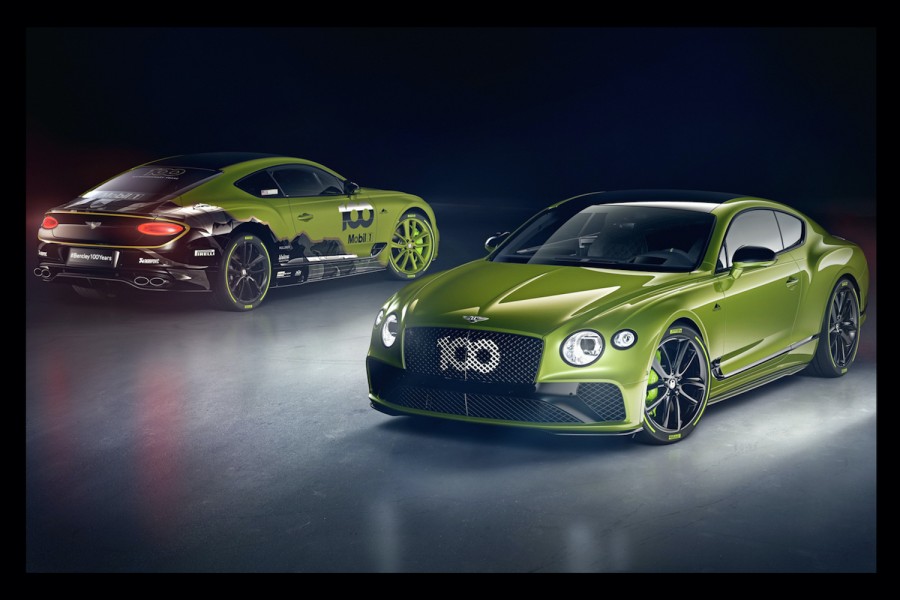 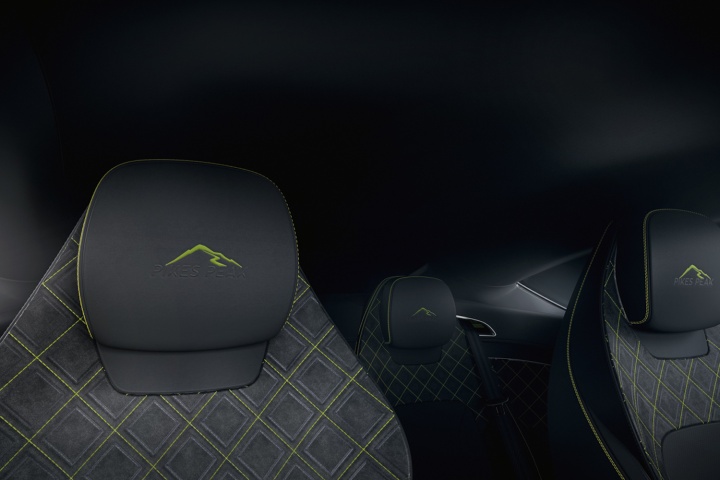 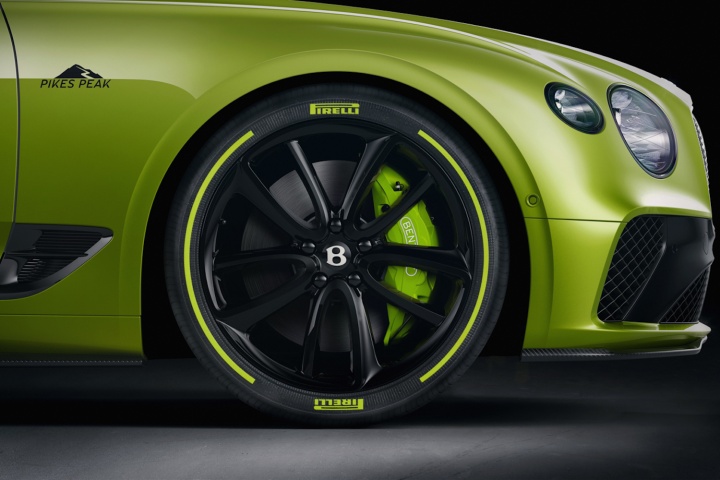 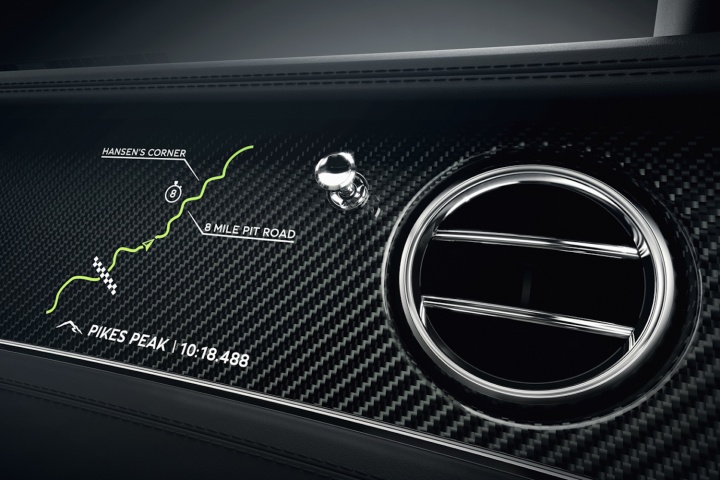 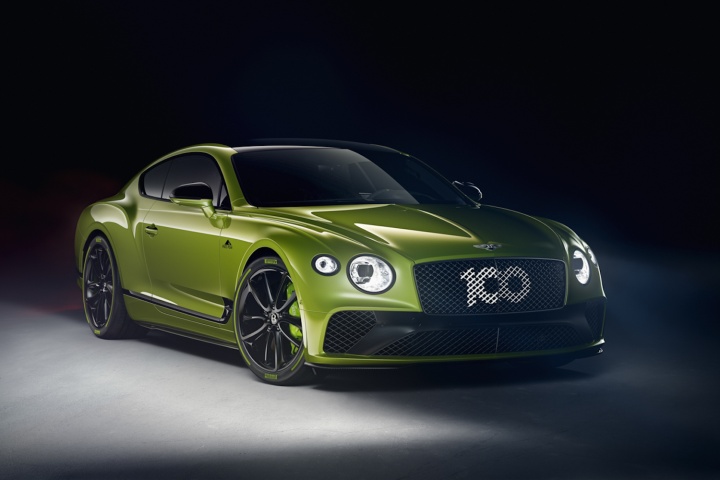 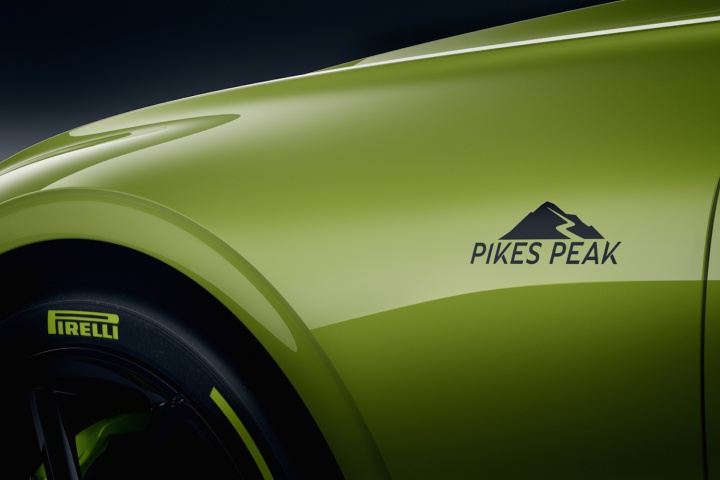 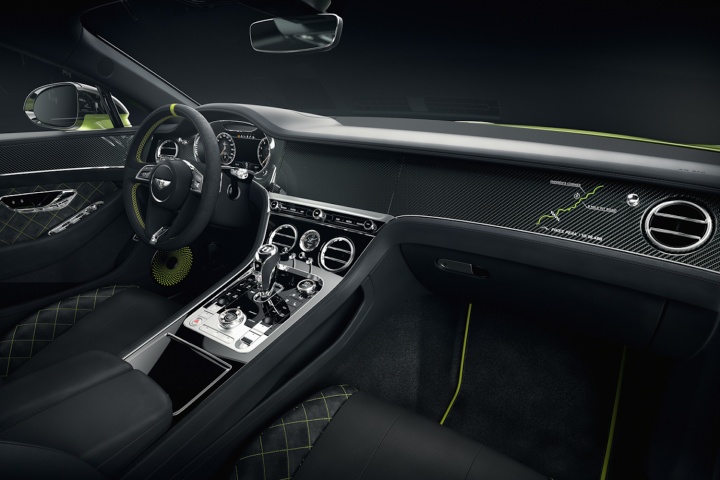 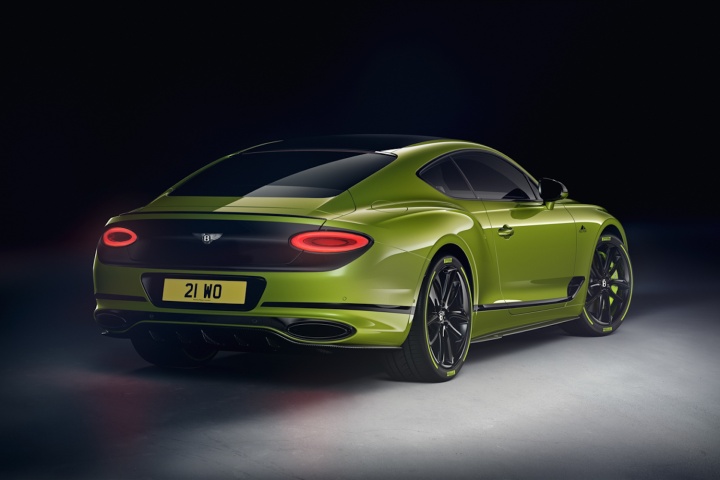 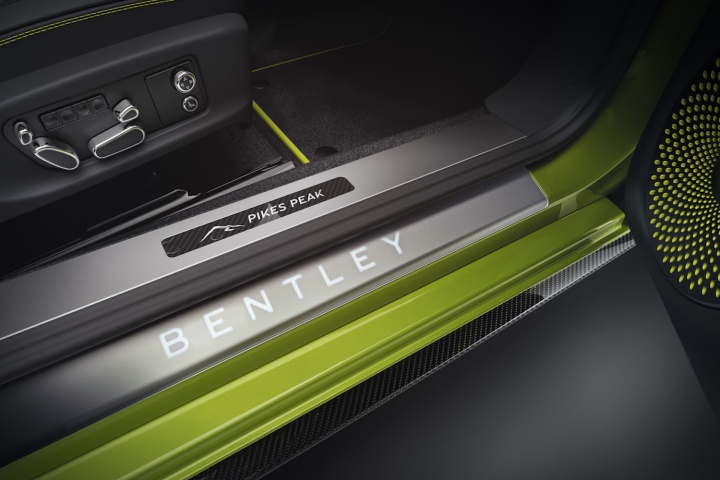 Bentley has announced a celebratory limited edition of its magnificent Continental GT, to mark the grand tourer’s record-breaking run up the Pikes Peak Hill Climb in Colorado earlier this year.

Fastest up the hill

Charging up the 20km course in June, a Conti GT driven by Rhys Millen set a time of 10 minutes 18.4 seconds on the climb, which rises 5,000ft through 156 bends. This knocked a little more than eight seconds off the previous best for a production car on the mountain, and – as 2019 is Bentley’s centenary year – the British company felt like marking the occasion with just 15 examples of the Continental GT Limited Edition. Available to order from this month, this Conti GT has a carbon-fibre body kit and what is described as ‘Radium by Mulliner’ paintwork, which is basically an intense version of lime green. Quite suits the Conti, actually, the finish intended to mimic the livery of the car which made the record-breaking run and further helped by Gloss Black detailing for the front lower-bumper inserts, the roof panel, the door mirrors and the ‘mask’ around the rear lights in the Bentley’s tail.

Beyond this, there are Acid Green brake callipers, plus Pirelli P Zero Colour Edition tyres in a Radium finish. As an option, buyers can have the ‘100’-emblazoned radiator grille, to mark the centenary, although that’s quite a statement piece on a car that’s already this colour. Then we find the Pikes Peak logos; there’s one on each of the front wings, an emblem which is carried over to the Limited Edition’s interior. In here, much Alcantara with contrast Radium stitching can be espied, while there’s honeycomb needlework on the steering wheel, which is also adorned with a 12 o’clock marker in Radium. Carbon-fibre trim finishers bring a racy air to the cabin, and on the passenger-side fillet of the material there’s a graphic showing the Pikes Peak course and the all-important time of 10:18.488. You might also note the Pikes Peak embroidery on the seats’ head restraints and a set of bespoke door sill inlays as well. Further details of this particular Conti include Bang & Olufsen speaker covers in a Black Anodised and Radium finish, the Bentley Rotating Display dashboard, deep-pile overmats in the footwells and the Front Seat Comfort Specification as standard. As with the top-dog Continentals (for now), and the one which broke the Pikes Peak record, this 15-off run of GTs is powered by the monster 6.0-litre W12 biturbo petrol engine, with 635hp and 900Nm of torque driving all four wheels through an eight-speed automatic gearbox. That means 0-100km/h in 3.7 seconds and a top speed of 333km/h. Mighty.

Chris Craft, member of the board for Sales, Marketing and Aftersales at Bentley Motors, said: “The new Limited Edition Continental GT is distinguished by a number of carefully curated features to honour that outstanding record run. It reflects Bentley’s spirit of endeavour, one that has been a constant throughout the last 100 years and remains at the beating heart of the company.”