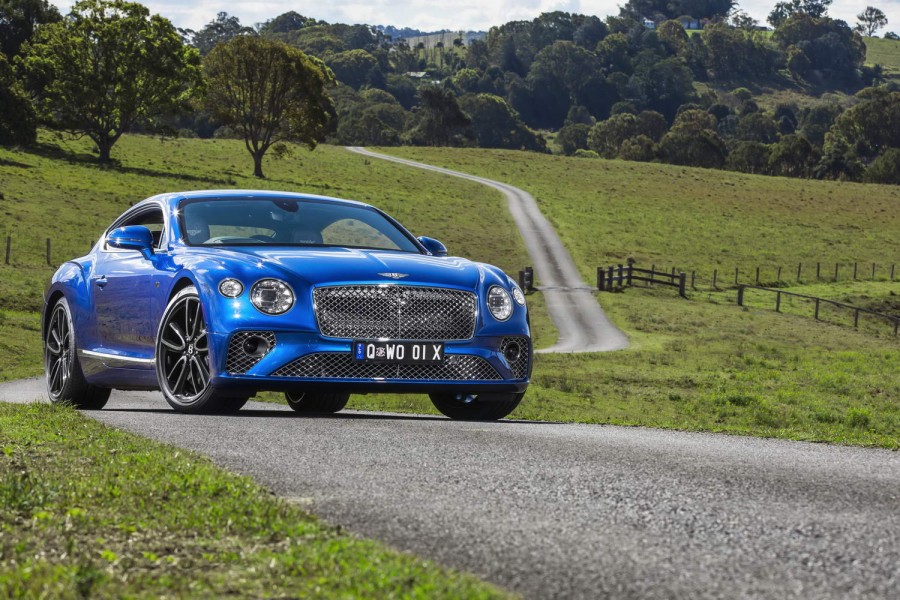 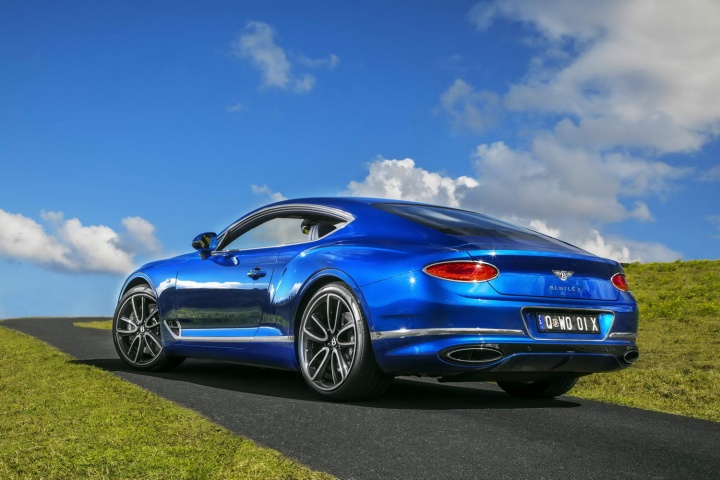 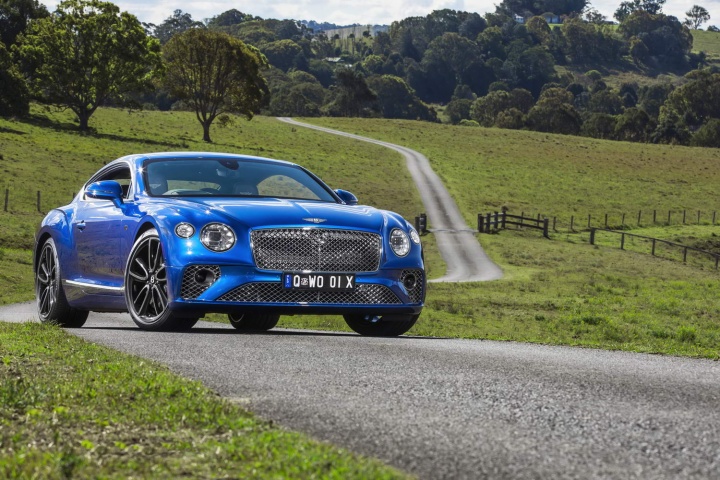 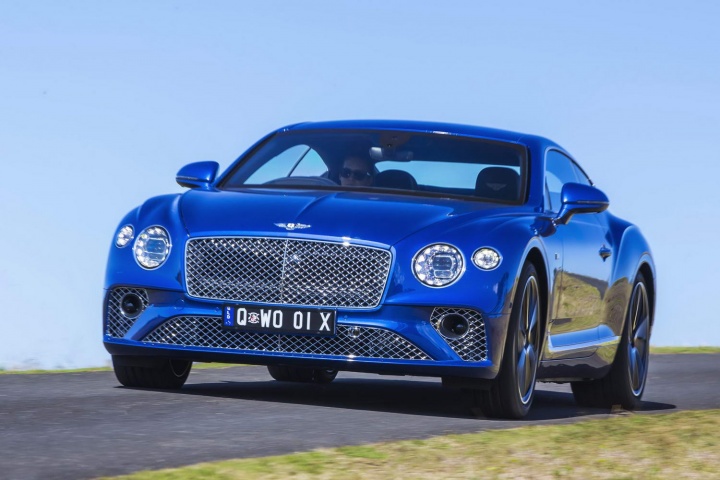 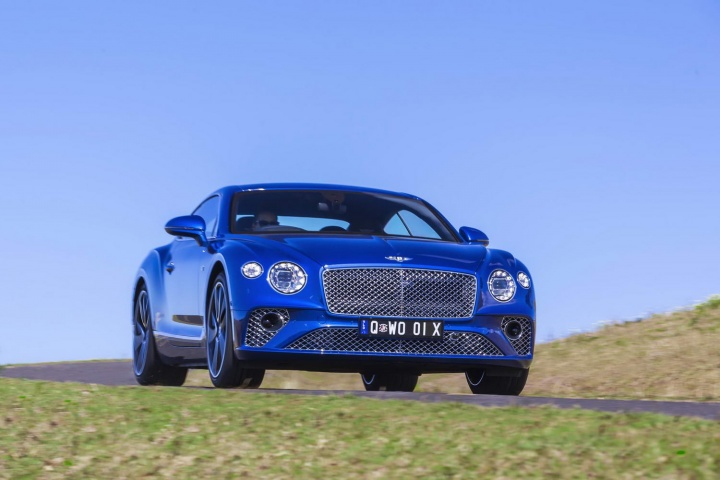 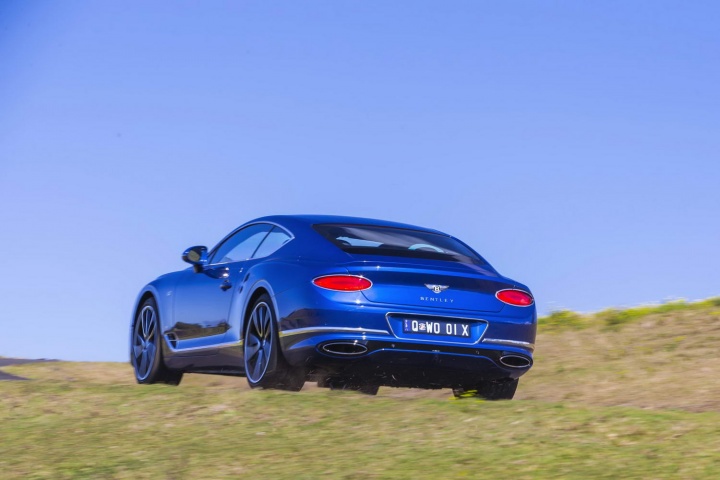 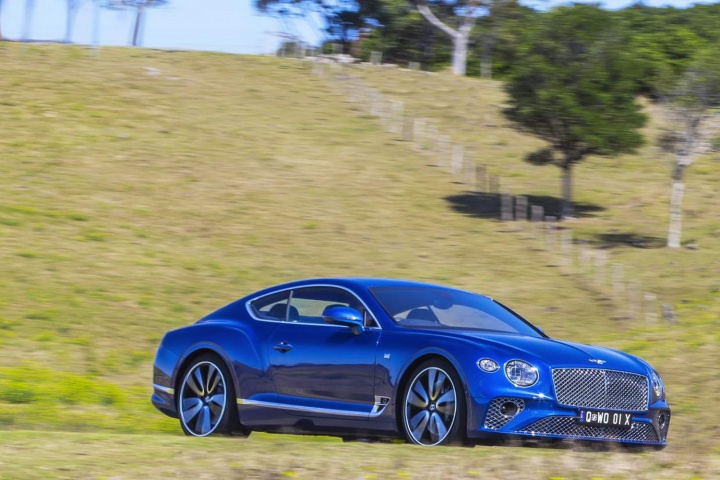 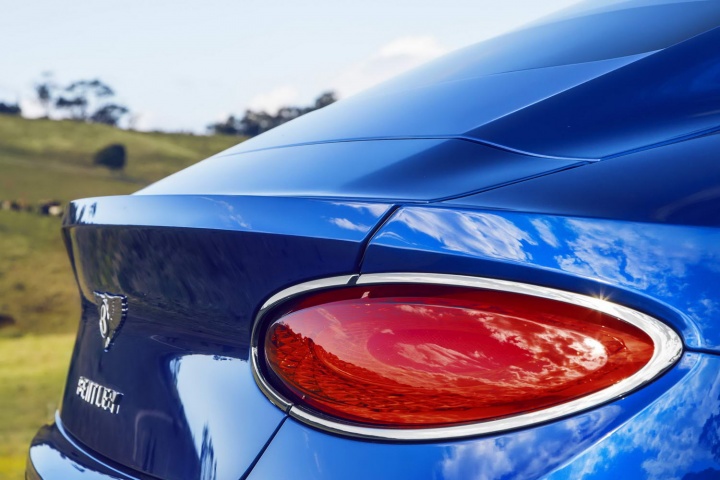 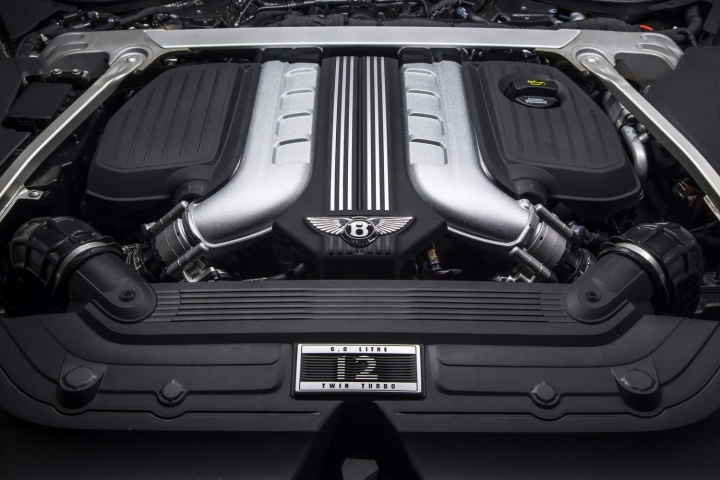 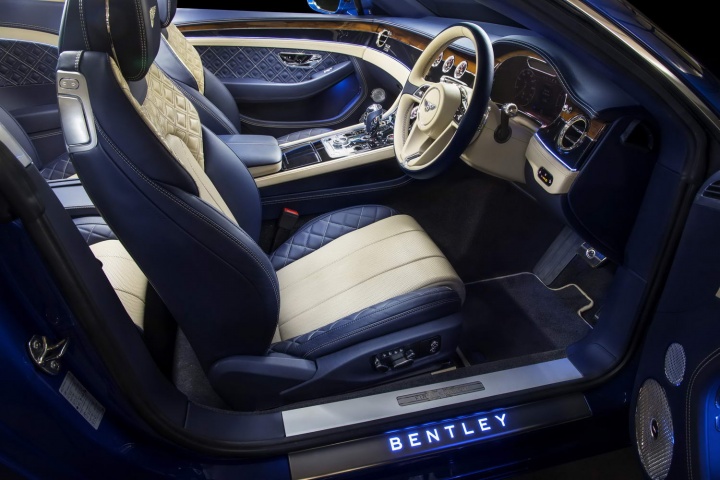 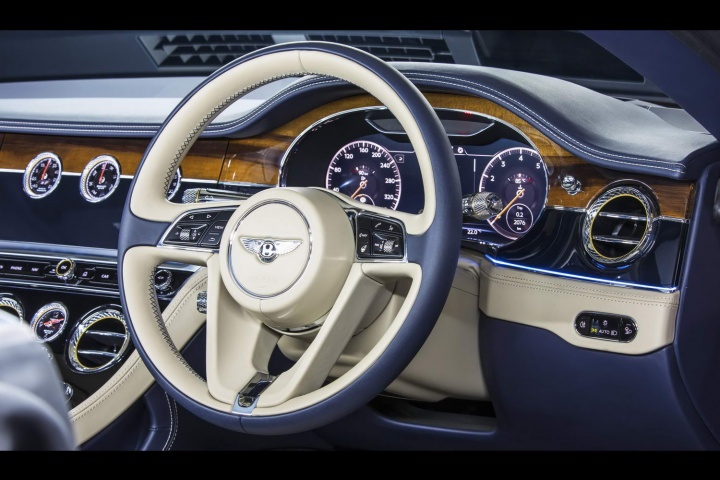 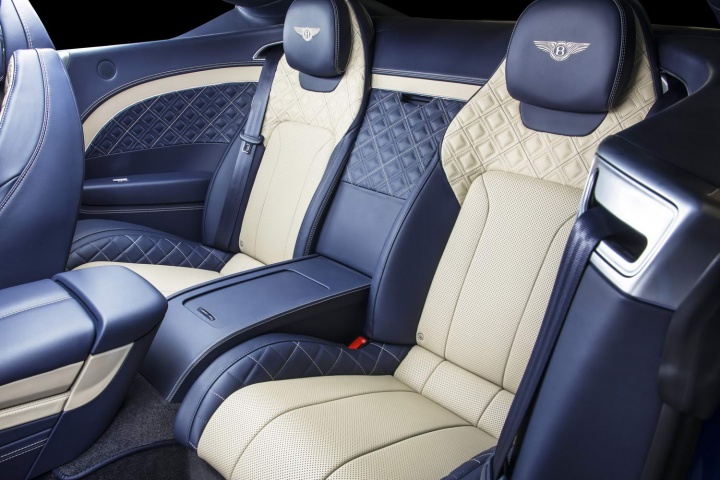 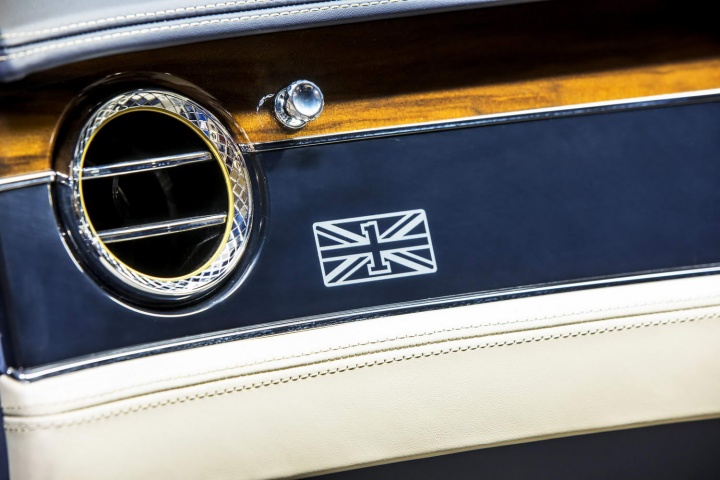 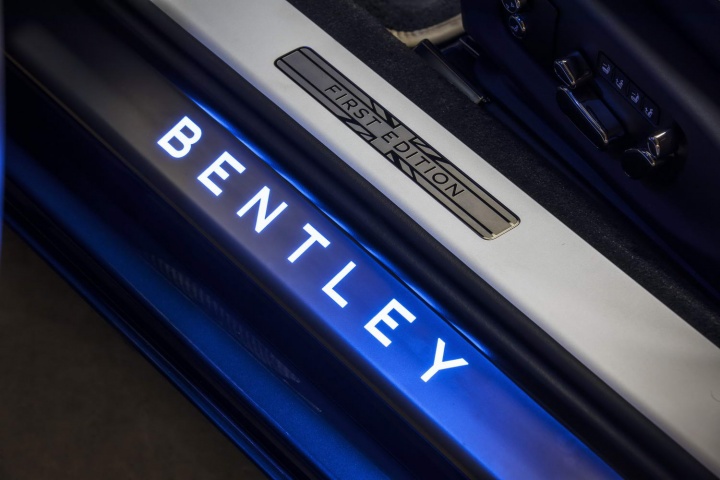 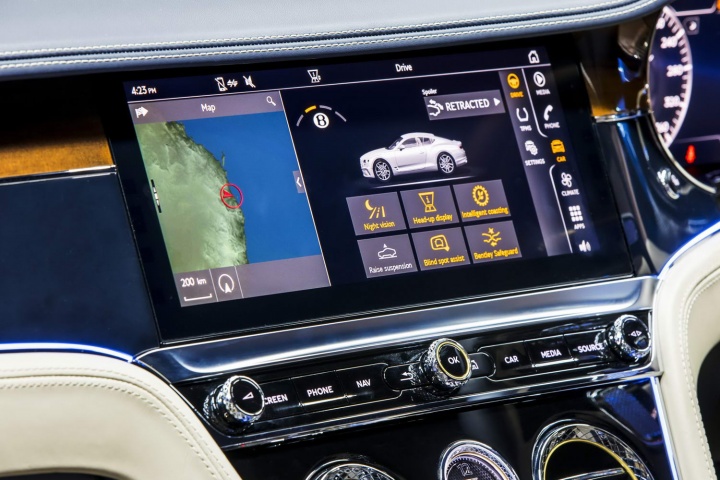 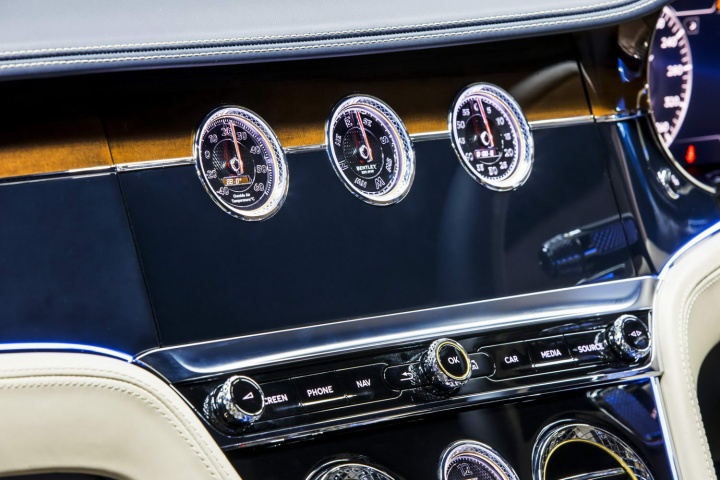 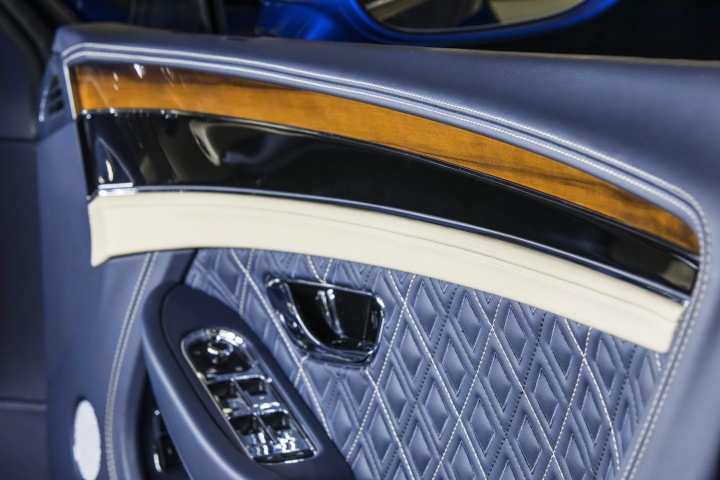 One of the grandest grand tourers there is, the Bentley Continental, is now an all-new car.

While hyper-luxury brand Bentley will try and convince you this is the third generation of the modern Continental GT, in actual fact the old versions 'one' and 'two' were really just the same car that soldiered on for 15 years from launch in 2003. But this 2018 version sits on an all-new 'MSB' platform that it shares with the Porsche Panamera, and it has been suitably overhauled outside and in, too. The resulting car is already one of the world's finest big grand tourers - and that's just based on the driving experience afforded by the 6.0-litre W12 First Edition... because there's more to come from this brilliant bruiser, that's for sure.

Bentley has done a superb job of keeping the second-gen Continental looking like a Continental, but at the same time appearing much lither and leaner than its chunky forebears. Traditional signifiers are there: the big mesh grille, the round front headlights, the sculpted and curvaceous haunches, the smoothed-off boot lid with ovoid lamp details. So, it couldn't be anything other than Bentley's hugely successful 2+2, and yet it is lower, longer, has a sleeker front and a crisper, less hefty rear, all of which means it clearly conveys a sportier air, long before you've even got in and sampled the passenger compartment.

Inside is magnificent, with none of the qualifiers we critics used to lob in before about the obvious signals to Volkswagen's ownership of Bentley. Yes, if you know the trip computer screens in modern VW products well enough, you'll recognise them in the Continental's instrument cluster, but other than that it's a special concoction. For a start, the glorious 12.3-inch infotainment and satnav screen is leagues ahead of the dated system Volkswagen foisted on the older Bentleys. Buy this First Edition model (a specification that basically chucks in a load of pricey cost options in one big, expensive bundle) and you get the thoroughly James Bond-esque Bentley Rotating Display. This sees the infotainment screen mounted on one side of a sizeable prism of dashboard trim, which has two more faces - one blank other than matching fascia panels and another featuring three dials (including a proper, analogue compass). Press the 'SCREEN' button on the console with the ignition on and the whole thing sinks back and spins between the touchscreen and the dials, reverting to the blank face for neatness when you power the car off. It's about the coolest thing we've seen in a car, apart from Lexus' sliding instrument cluster in the LC.

Nevertheless, with knurled column stalks, acres of quilted leather, beautifully appointed walnut trim and an exquisite centre console area sloping down on the transmission tunnel, as a place to spend some time on the road the Continental takes some beating. The ambience is about spot on, while the big, comfy front chairs are wonderful to sit in and they feature massage, cooling and heating functions, so they should soothe even the most troublesome of backs that sit against their cow-hide faces. A pity, then, that, while it is listed as a four-seat coupe, the rear pews are still not the most accommodating in terms of space, while the boot is very good, if not exceptional for case-carrying size.

At the moment, your only choice if you're after this particular Bentley is a Continental Coupe equipped with the almighty 6.0-litre biturbo W12, an engine that has seen service since day one in the range, but expect all the usual derivatives to follow - a V8, a V8 S, a more-focused 'Speed' model based on this very W12, a GTC convertible with all the aforementioned engine choices, a four-door spin-off under the Flying Spur moniker... oh, and possibly even some hardcore specials, such as the mad GT3R and maybe even a (whisper this one) diesel variant, using the motor employed in the Bentayga.

The W12 is an absolute leviathan of a motor. It's not the most sonorous combustion engine in production - in fact, at about 4,500rpm in the new Continental, it sounds exactly like what it is, which is a couple of V6s spliced together; no bad thing per se, as six-cylinder petrol engines make all the right noises for their size, but there are more enticing V12 tunes available elsewhere. However, you'll never once wish for more performance than 635hp and 900Nm can bestow on what is still, at the end of the day, 2.25 tonnes of car. Acceleration isn't quite instantaneous, as there's a momentary pause while both the twin turbos and the dual clutches get their thoughts neatly arranged, but once everything is hooked up, the Bentley just piles on frankly phenomenal speed in the merest blinks of the eye. It is bonkers quick. Alarmingly so. And the eerily serene smoothness of the delivery will have you believing you're not quite doing the sort of startling velocity you actually are, so keep a careful eye on the speedometer/head-up display.

And the refinement of the 6.0-litre mill, as well as that eight-speed automatic and the car in general, is at the exalted level you would expect of this marque. This couples into the rest of the Continental's make-up. With four drive control settings to go at - Sport, Bentley, Comfort and Custom - you'll not find one combination of air suspension, steering and throttle settings that is anything less than silken. OK, the ride is just that gnat's firm in Sport mode that you soon forget about using it after the first exploratory tests and, actually, it comes to a point where you put the car into Comfort every single time because it's just so damned... well, comfortable in that mode that it's almost impossible to ignore. But click the Bentley through each one and there's enough of a palpable difference from setting to setting to merit having different drive modes. Oh, and connected to the overall ride comfort and distinction of the drivetrain, the standard of noise suppression throughout the whole Continental is ruthless to the point of totalitarianism.

Despite all this, there's a suspicion that the Bentley is not quite the supreme cruiser it once was. However, the pay-off for a ride that is not quite as waft-tastic as it was on the old Continental is handling that is noticeably sharper and befitting of Bentley's long and distinguished sporting heritage. With its W12 engine mounted lower down and further back in the body than it was before, as well as those Panamera underpinnings and 48-volt anti-roll techniques, asking the Continental to tackle a series of twisting, challenging bends is no longer like making a Very Big Thing Do Terrible Things That Very Big Things Do Not Wish To Do.

Delicate, the new Continental is not, but there's an added spice about the way it turns in and corners flat that means it does truly feel quite a lot lighter than its fulsome kerb weight would have you believe. Factor in the traditional Continental GT traits of incredible all-wheel-drive traction and the sort of midrange torque that can destroy planets, and it makes the Bentley a surprising engaging, capable and devastating machine when it's off its preferred long-distance cruising routes and traversing roads that are somewhat more topographically tortuous. It makes us positively salivate at the thought of a V8 S version.

No car of this level of opulence is inexpensive, so the Bentley's likely starting price - once imported - of €285,000 has to be viewed properly in context. Standard equipment is, of course, very generous... but then, so is the costly options list. Our car was fitted with a whopping €89,370 of additional kit, taking its price up to €375,000, and while the vast majority of that was accounted for by the First Edition specification, for Bentley to be charging anything at all for trinkets such as a heated windscreen or heated steering wheel seems a bit, well... rich.

It feels like the new Bentley Continental GT has gone after an extra bit of road-holding dynamism, at the expense of a fraction of its outright comfort. And thus, we love it more than we ever have previously. We always liked the old Continental, imprecise hammer of a weapon though it was, but the added sharpness of the new model's chassis is most welcome and it still feels a million dollars when you're just throttled back and relaxing in it. A massively impressive first showing, then, from the latest Bentley, but we're waiting until a few of the special versions show up in the coming months to see if the marvellous Continental GT can fulfil its obvious five-star potential. As it is, the W12 6.0 is a sensational starting point for this all-new Bentley family. 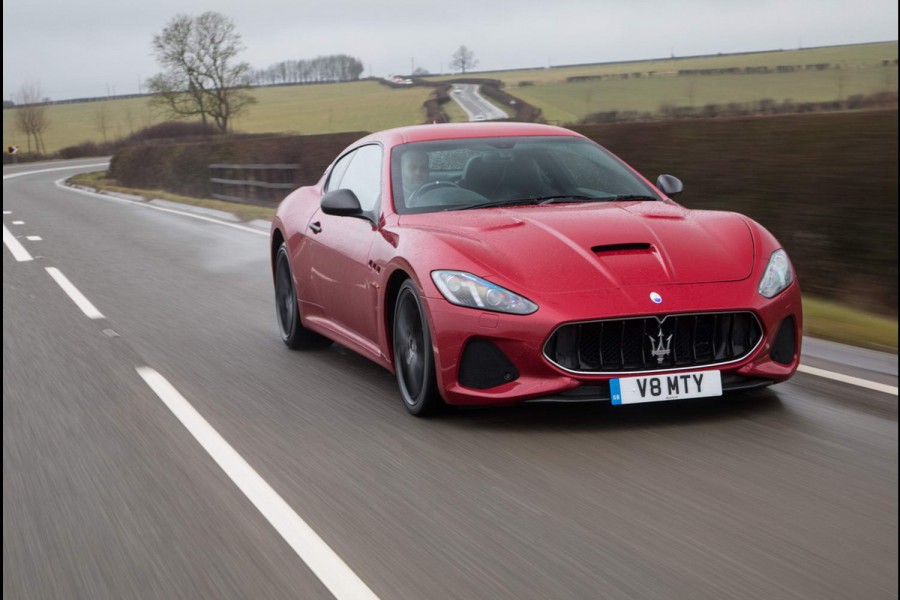 Maserati Granturismo MC review
Maserati GranTurismo vs. Bentley Continental GT Coupe W12 (2018): actually has GT in its name, but its naturally aspirated V8 and sporty chassis mean the Maserati is a lot less relaxing than the Bentley. Also, the GranTurismo is positively ancient. 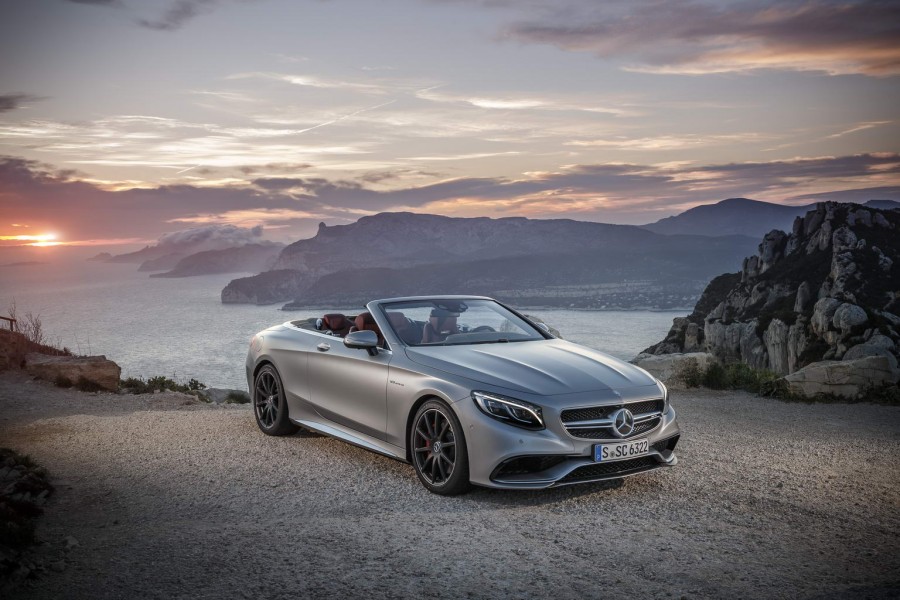 Mercedes-AMG S 63 Cabriolet review
Mercedes-AMG S 65 Coupe vs. Bentley Continental GT Coupe W12 (2018): power-wise, the V12-engined AMG S-Class Coupe is the match for the monster W12 in the Continental, but we actually prefer the V8-powered S 63 to the full-fat model. 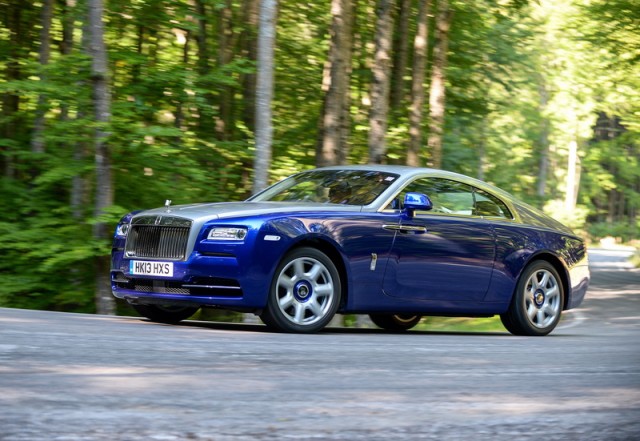