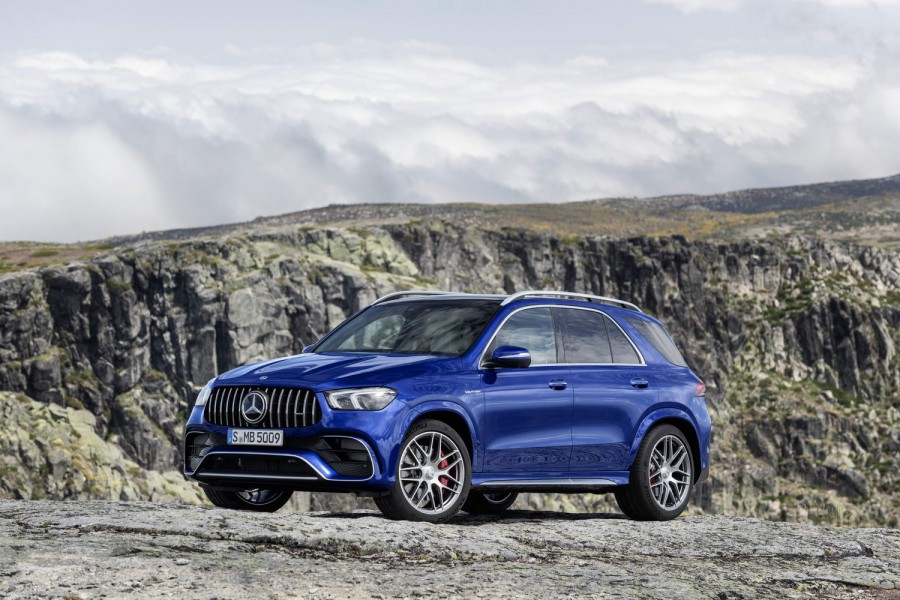 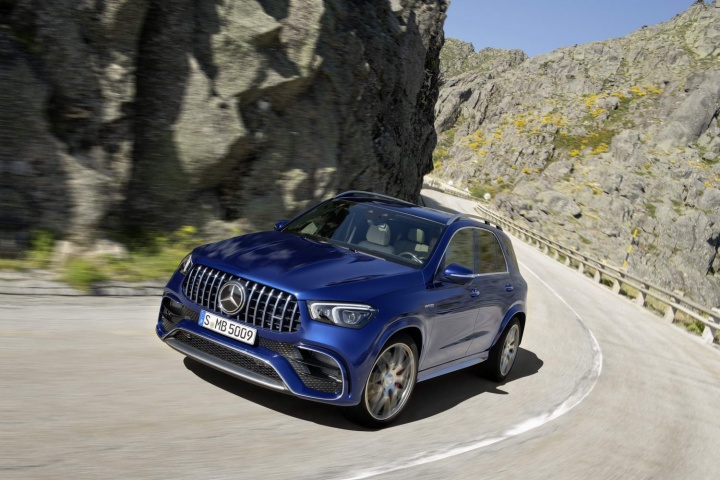 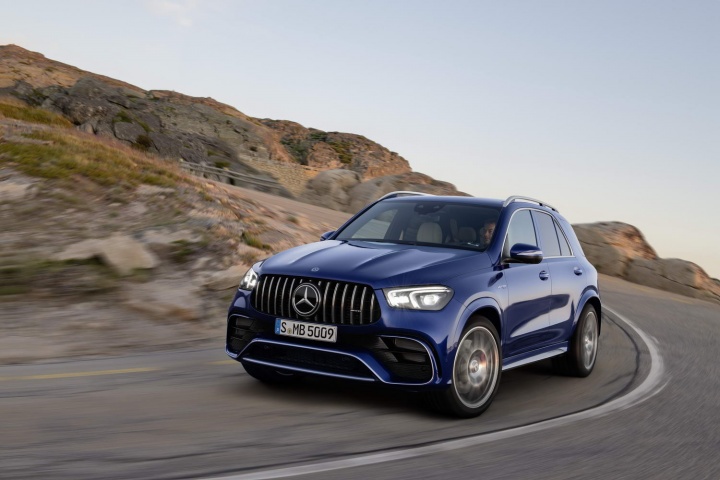 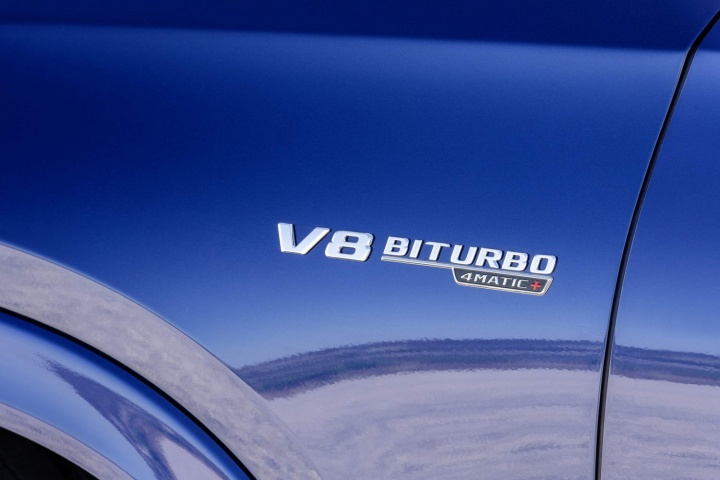 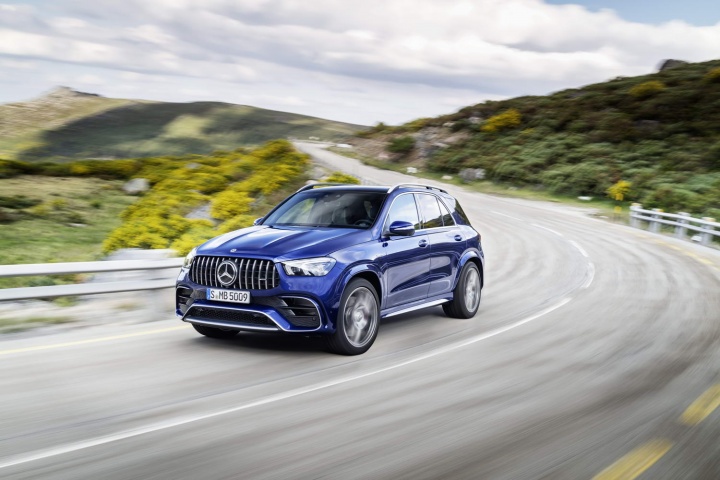 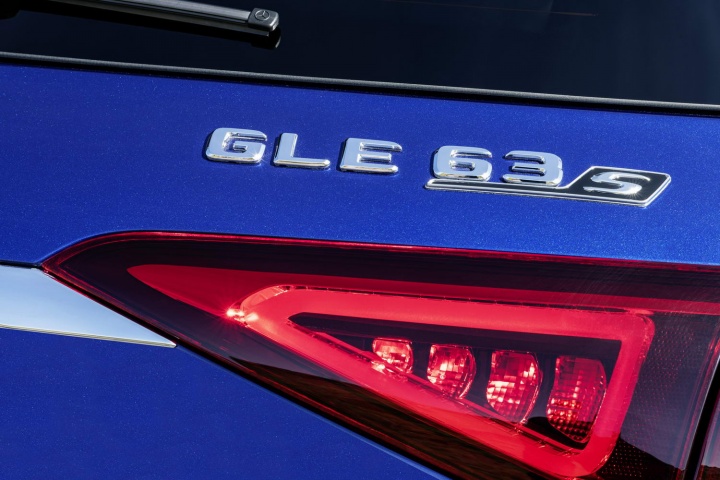 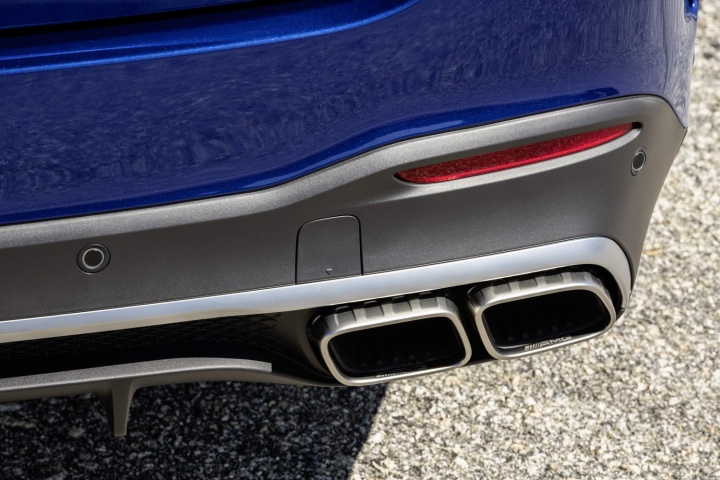 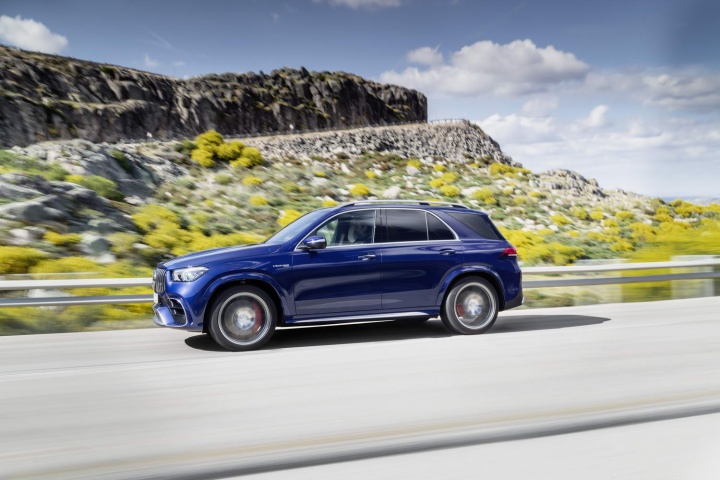 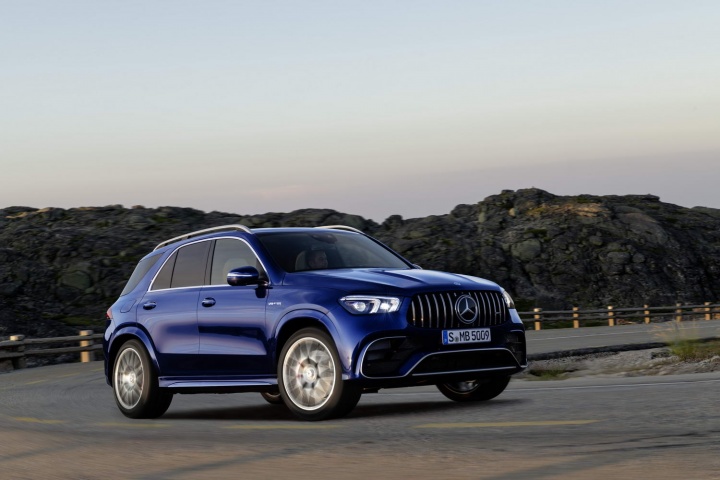 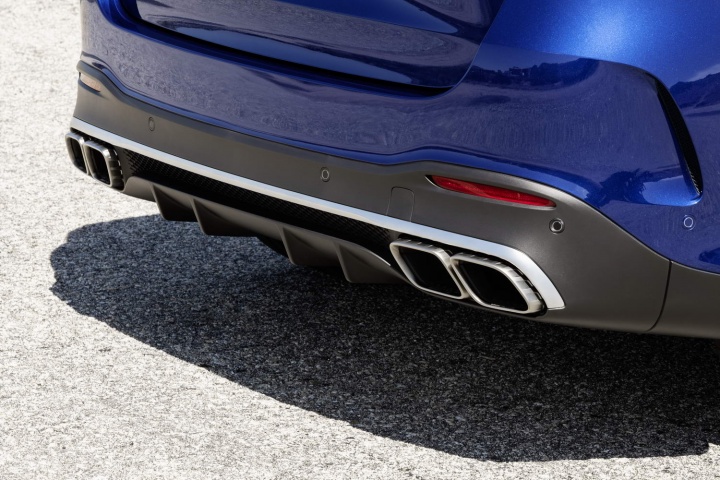 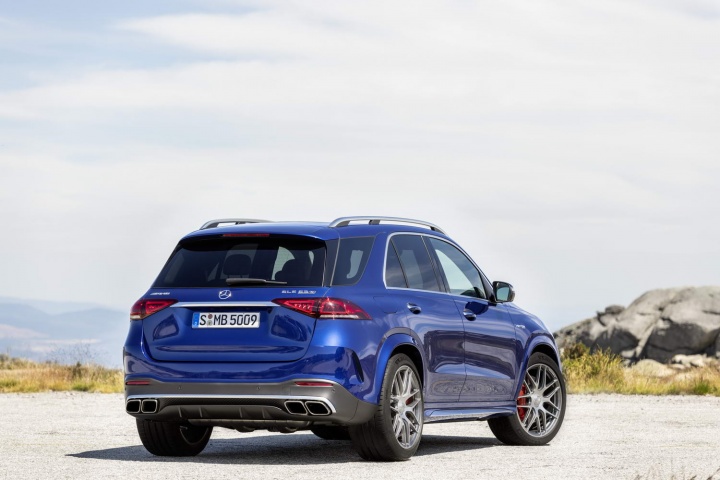 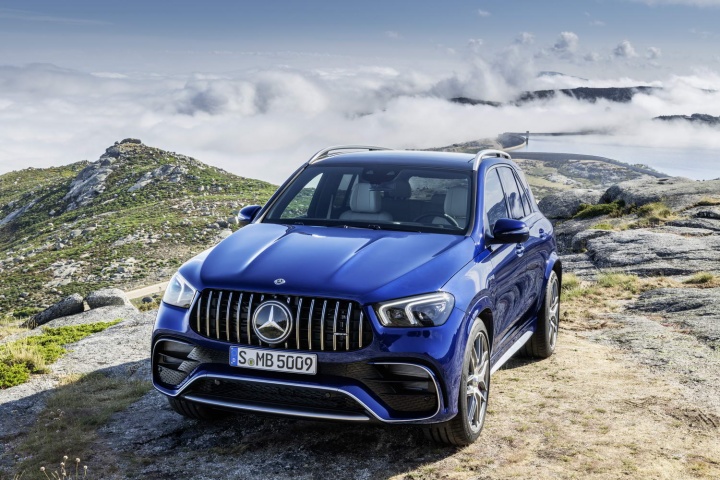 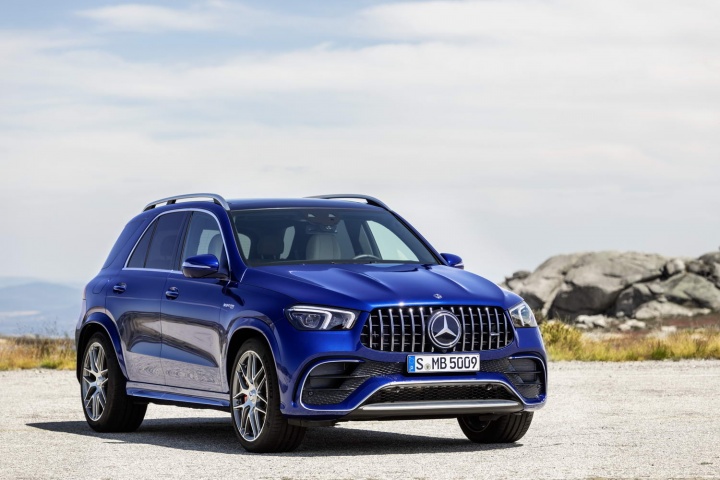 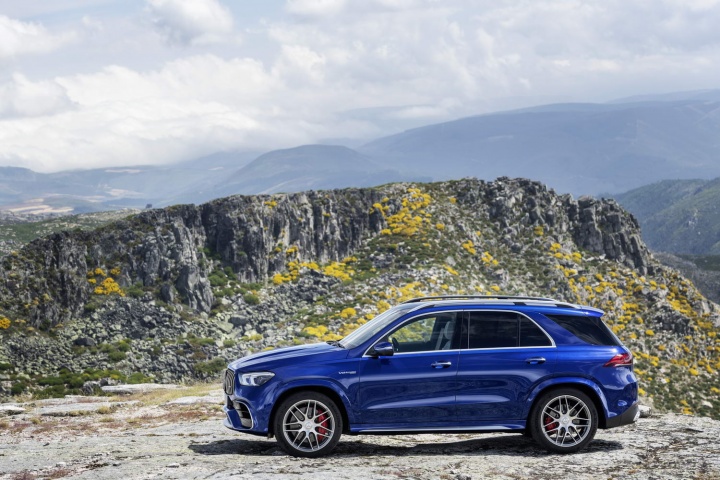 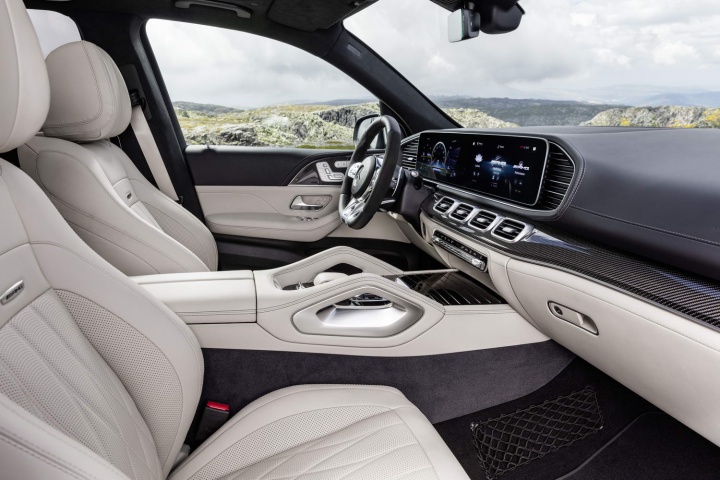 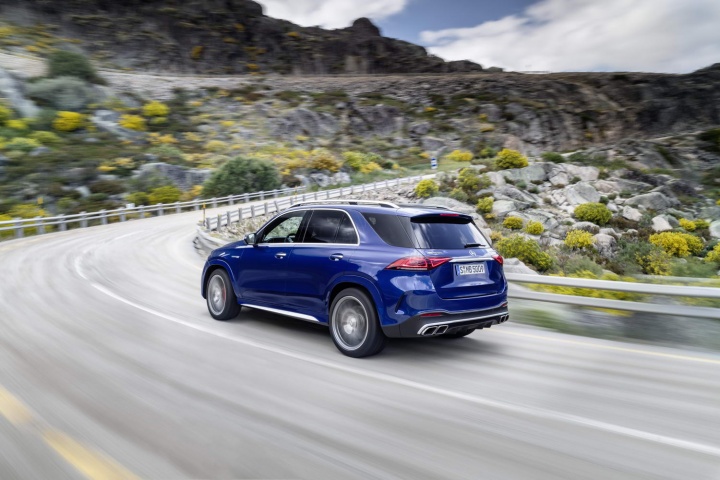 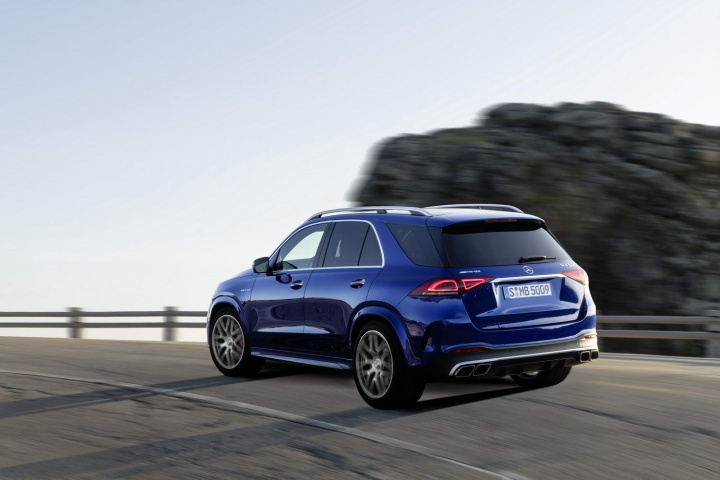 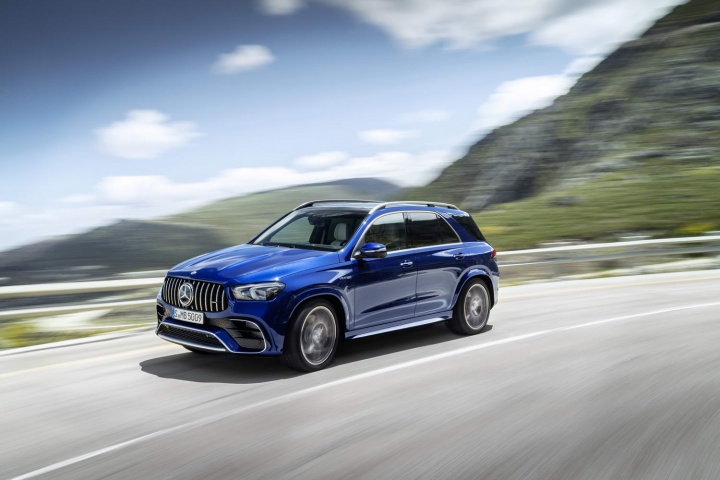 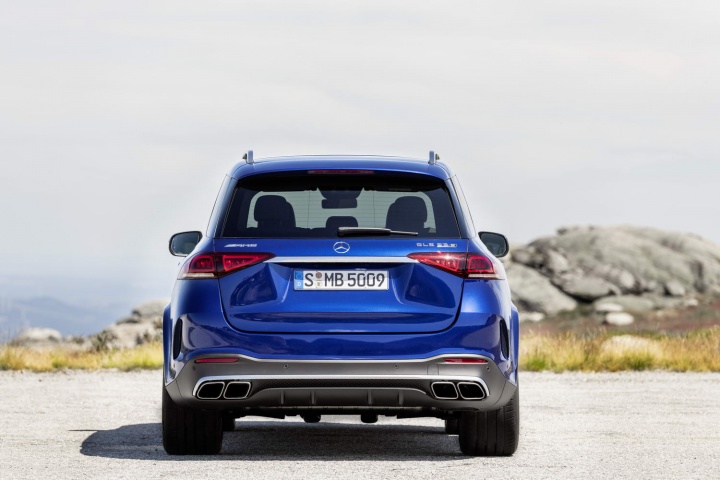 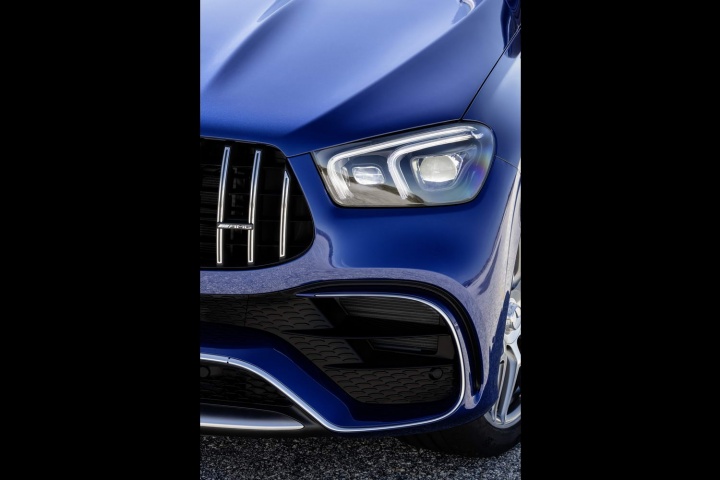 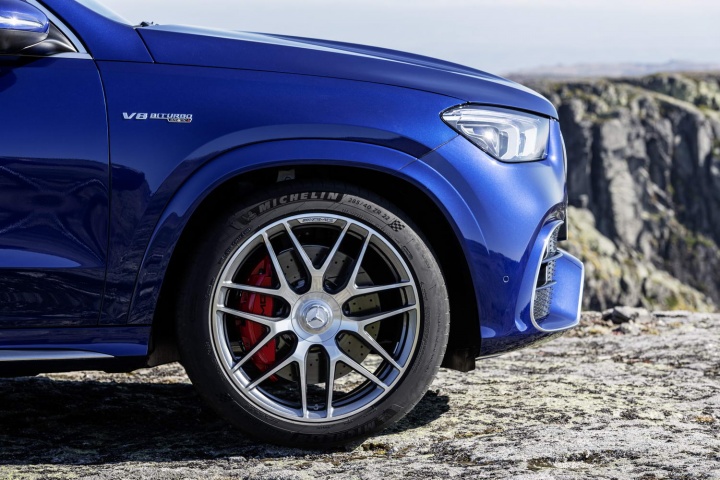 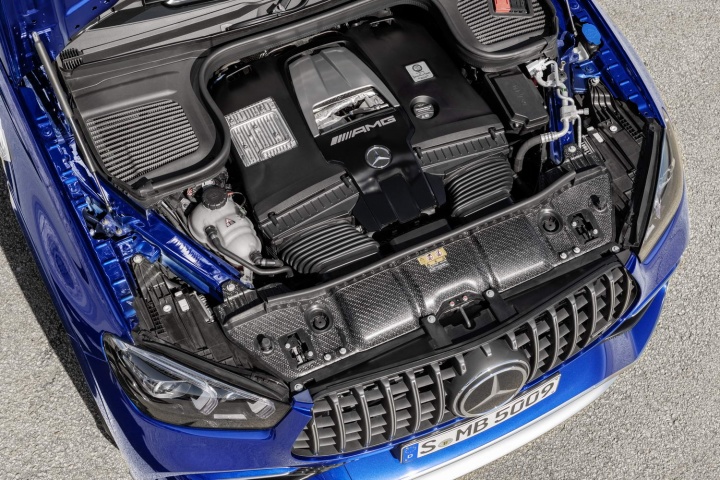 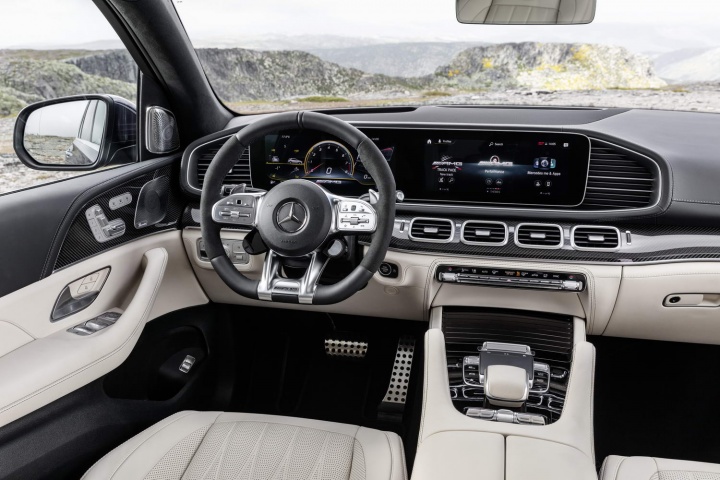 Anything up to 634hp from new mild-hybrid, V8-powered Mercedes-AMG GLE.

Mercedes' upmarket luxury SUV, the GLE, has received the AMG treatment, with not one but two hybrid-powered V8 models to choose from.

Using the 4.0-litre 'hot-inside-vee' eight-cylinder twin-turbo petrol engine and a 16kW (22hp) EQ Boost starter-alternator powered by a 48-volt secondary electrical system, Mercedes-AMG has come up with the GLE 63 and the GLE 63 S. The former combines a 571hp/750Nm state-of-tune take on the V8 with the EQ Boost, while the latter ramps up those numbers to 612hp/850Nm, which are the same figures as on the GLS 63 - announced at the same time as the hot GLEs.

And also like that GLS, the AMG GLEs get a litany of top-end chassis and drivetrain items to make them handle as well as they go. AMG Ride Control+ air suspension and the adjustable Adaptive Damping System+ handles the body control and rolling comfort, while this system is self-levelling so that the ride height is constant no matter the load onboard. The GLE 63s can also raise and lower themselves by up to 65mm, according to the drive mode selected, of which there are six on the GLE 63 (Comfort, Sport, Sport+ Individual, Trail and Sand) and then a seventh (Race) on the 63 S. Also part of this bundle is AMG Active Ride Control active anti-roll stabilisation.

Beyond the suspension, both models get 4Matic+ variable all-wheel drive with an electronically controlled locking differential on the rear axle, AMG speed-sensitive electromechanical power steering, massive AMG brakes (400 x 38mm discs with six-piston fixed callipers front, 370 x 32mm discs with single-piston floating callipers rear), which are grey-painted on the 63 and red on the 63 S - and there's the option of bronze callipers if you select the ceramic brake kit - and an AMG Speedshift Torque Converter Transmission (TCT) 9G nine-speed automatic gearbox.

Like any self-respecting AMG, the two GLE 63s have vertical-vane radiator grilles, an aggressive front bumper arrangement with the gigantic A-wing intakes, a twin-straked bonnet, flared wheel arches housing big alloys (20-inch on the 63, 21-inch on the S), a rear diffuser and quad exhaust tips. Up to 22-inch rims and the AMG Night Package are the options here. Inside are AMG sports front seats, an AMG Performance three-spoke steering wheel (with a 12 o'clock marker and Dinamica inserts for the S), the full Widescreen Cockpit MBUX operating system with AMG-specific display screens incorporated, and a lot of driving assistance electronic aids.

Tobias Moers, the chairman and CEO of Mercedes-AMG, said: "With our new GLE performance models, we are transforming a 20-year tradition into the future. For the first time, we are electrifying our well-proven 4.0-litre V8 biturbo engine with an EQ Boost starter-alternator and a 48-volt on-board electrical system. As such, we are embarking on another new chapter of our drive technology, which we are also successively extending further to other model series as we move towards electrification and hybridisation. With our new premium SUVs, our customers can look forward to an unrivalled package of driving performance, high day-to-day suitability, optimum traction on practically all surfaces and also comfort on long journeys with high levels of efficiency."