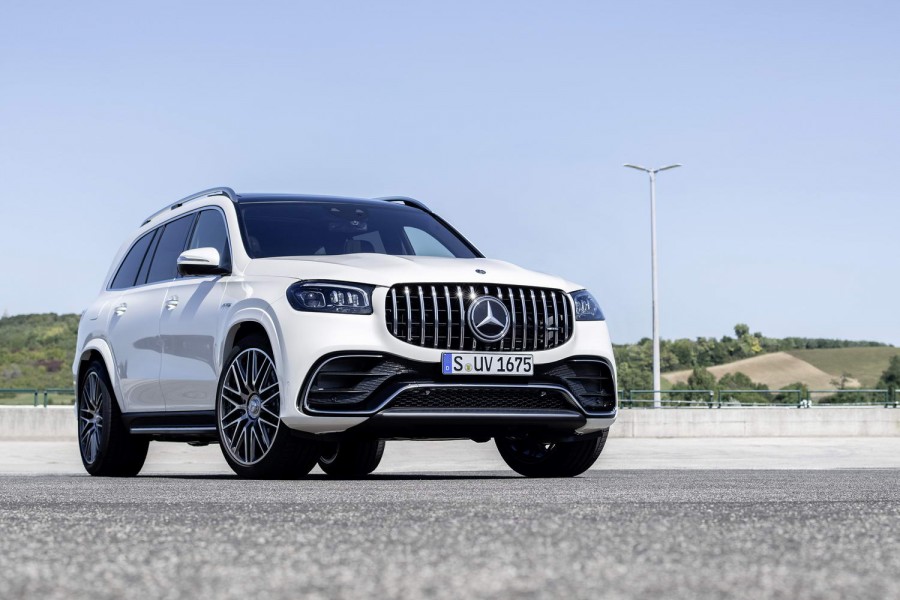 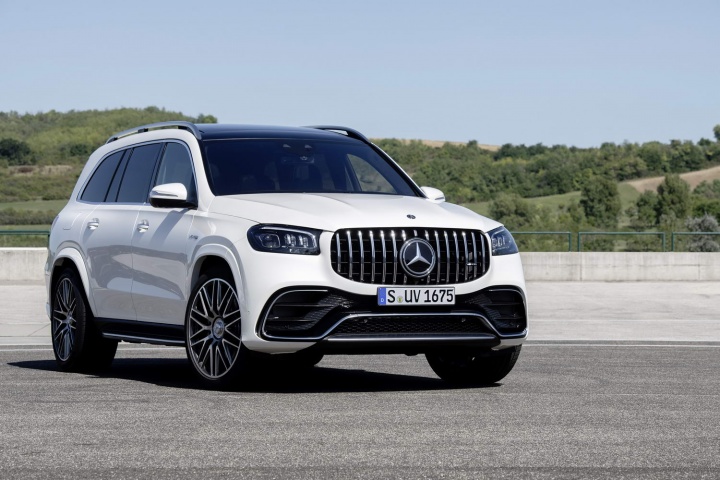 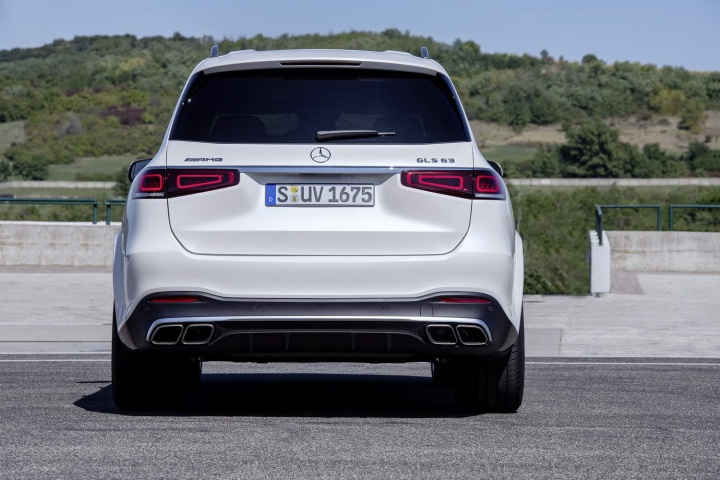 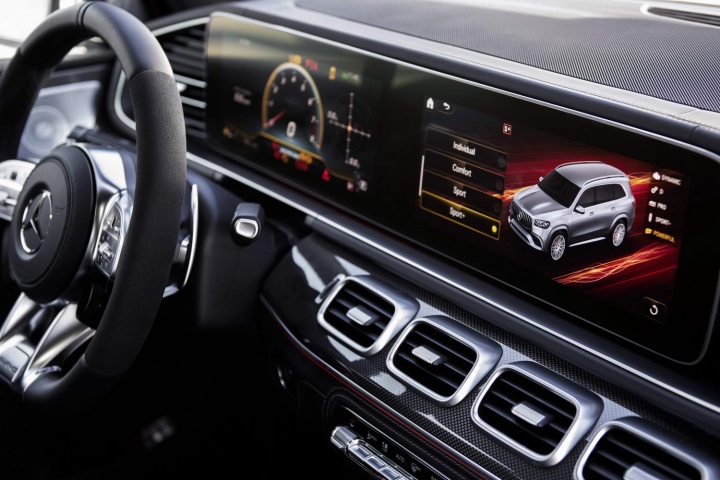 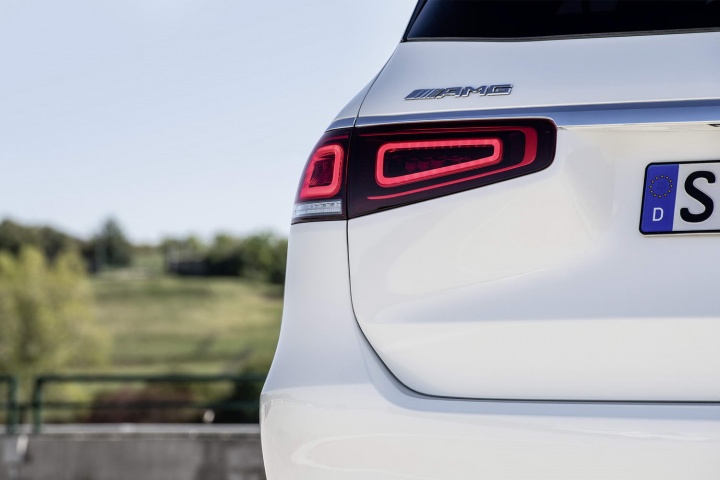 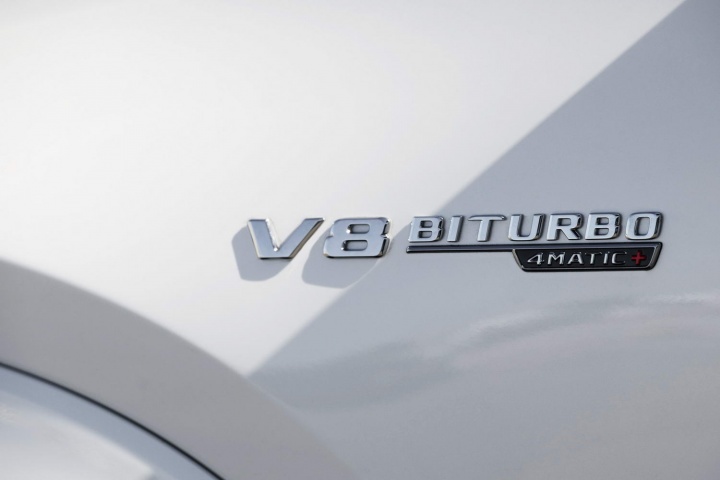 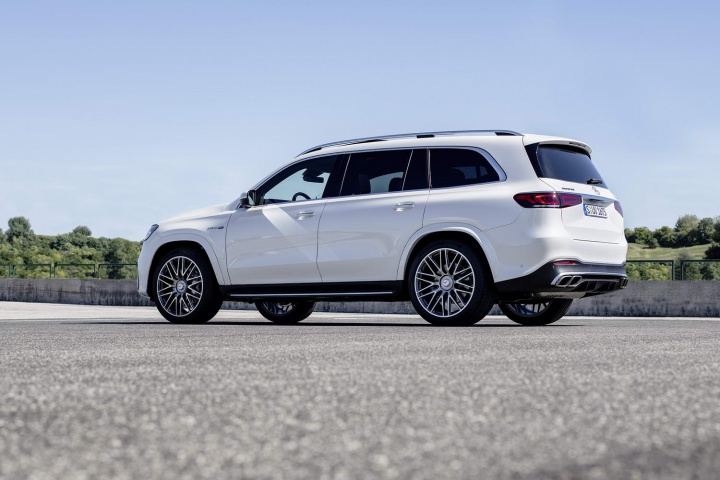 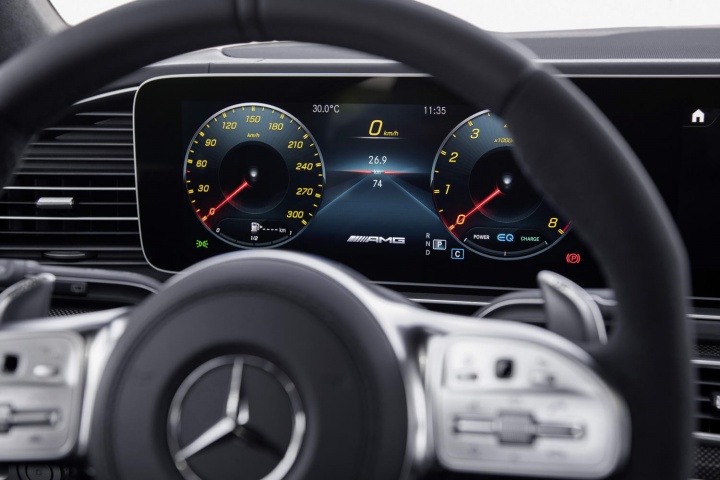 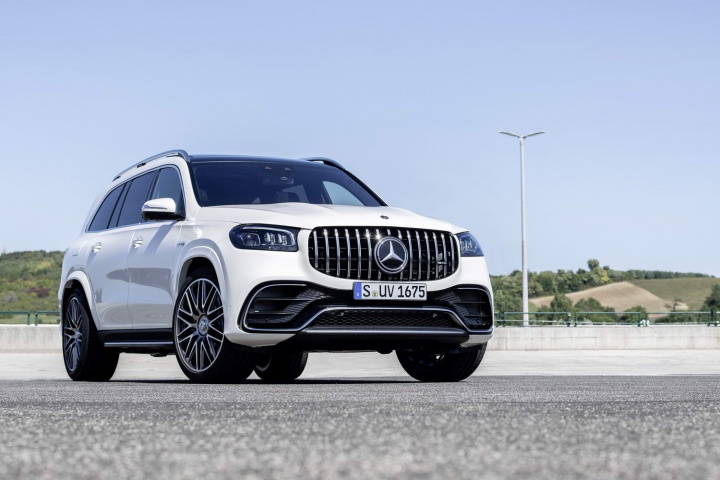 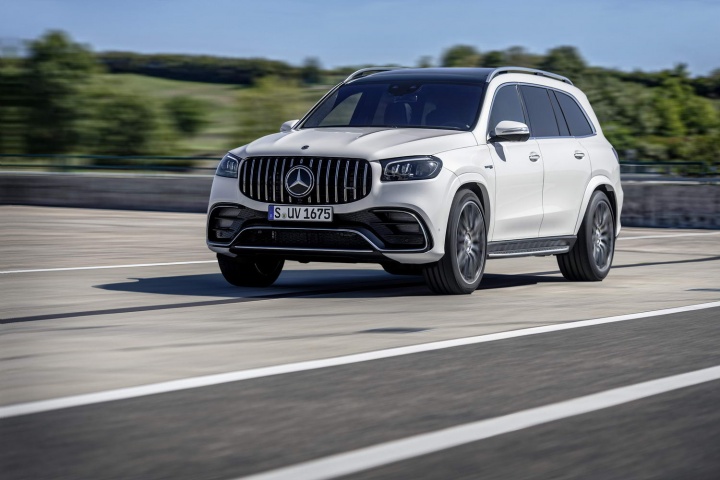 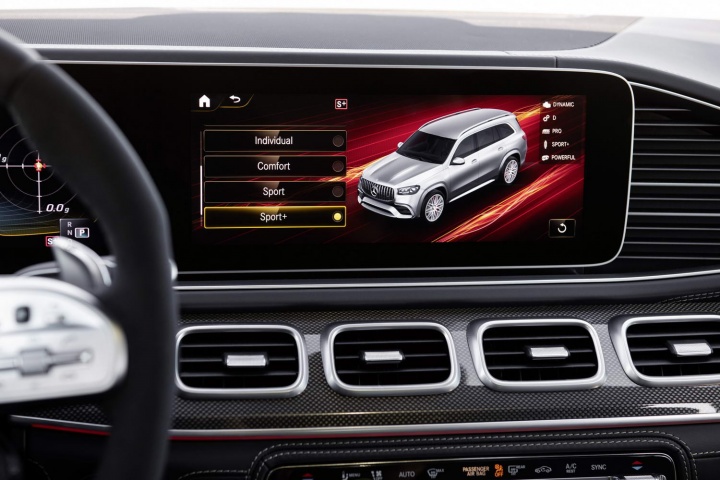 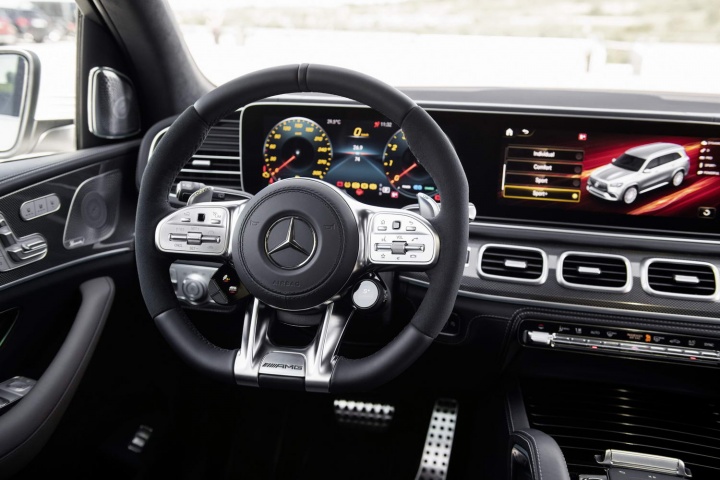 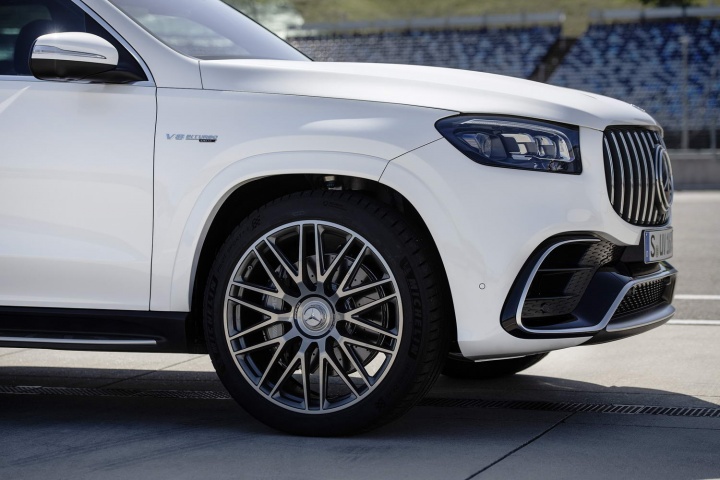 If you need to move seven people (including yourself) around in total luxury and yet at tremendous speed, then Mercedes-AMG can provide: this is the new GLS 63 4Matic+.

Taking one third-generation GLS, which was only revealed in 'normal' format earlier this year at the New York Auto Show, AMG installs the familiar 4.0-litre biturbo V8 into the massive SUV and the 4Matic+ four-wheel-drive system. Perhaps the big news is that the GLS 63 is a mild hybrid, as it has Mercedes' EQ Boost starter-alternator package (16kW/22hp, as well as 250Nm of torque) and 48-volt electrical system fitted. This can lead to 11.9 litres/100km (23.7mpg) and CO2 emissions of 273g/km, neither of which are particularly impressive, although when you consider that the V8 powerplant is churning out a massive 612hp and 850Nm... That EQ Boost should go on top of the power output, of course, meaning the GLS 63 potentially has access to 634hp if it feels like it - although Mercedes-AMG says peak torque is definitely 850Nm, not a sum-of-its-parts 1,100Nm.

Regardless, performance is suitably brisk. The GLS 63 will run 0-100km/h in just 4.2 seconds, despite an unconfirmed kerb weight that's going to be well in excess of two tonnes, and it is restricted by a limiter to a 250km/h maximum - which can be increased to 280km/h with the AMG Driver's Package option. As we said, you're not going to be able to move seven people around much quicker than this, without resorting to a private jet.

Elsewhere, the Mercedes-AMG GLS 63 4Matic+ enjoys the fully variable, AMG-tweaked version of 4Matic all-wheel drive (which shunts up to 100 per cent of torque rearwards and only up to 50 per cent to the leading axle, as required) with an electronic rear-axle locking differential, as well as the AMG Speedshift TCT nine-speed torque-converter automatic transmission, AMG Active Ride Control air suspension and active roll stabilisation based on the AMG Ride Control+ set-up. The Merc SUV will raise and lower its ride height by a range of 65mm, depending on drive modes and surroundings and, speaking of driver settings, there are six modes in the AMG Dynamic Select system: Comfort, Sport, Sport+, Individual, Trail and Sand. AMG speed-sensitive, variable ratio power steering and some mighty brakes (400 x 38mm front discs gripped by six-piston, grey-painted fixed callipers at the front, 370 x 32mm rear discs with a single-piston floating calliper at the rear) complete the mechanical upgrades to this most mental of GLS models.

Styling-wise, the GLS 63 follows the usual AMG themes. There's a 'Panamericana' radiator grille at the front with vertical vanes, as well as the A-wing lower bumper intake arrangement. Two contours running longitudinally down the bonnet are known as 'powerdomes', while Multibeam LED adaptive headlights are included as standard. Around the sides, the wheel arches are flared, while the side skirts and door mirrors are painted in body colour, and there's a colossal set of 21-inch ten-spoke light-alloy wheels bolted onto the hubs. Up to 23-inch rims are an option. At the rear are quad exhausts and discreet badging, to go with that on the front wings, while the AMG Night Package will be an option - clothing much of the exterior detailing that's chrome in a high-gloss black finish instead.

Inside, it's also the usual jaw-dropping high-end Mercedes cabin. Cutting-edge MBUX infotainment is included, displayed on the magnificence of the Widescreen Cockpit twin-display dashboard, and there will be a wealth of advanced driver assist safety (ADAS) systems. There are also plenty of sporty and race-like displays bespoke to the AMG model that will flash up on either 12.3-inch TFT panel, should you require them. Further GLS 63-specific updates include brushed stainless-steel sports pedals with rubber studs, illuminated door sill panels with 'AMG' lettering, Artico man-made leather on the dash and door cards, AMG sports seats in the front in Nappa leather and a three-spoke AMG steering wheel with paddle shifts. Back-seat passengers enjoy luxuries as well, with row two getting heated pews as standard and row three as an option.

Tobias Moers, CEO of Mercedes-AMG, said: "With the new GLS 63, we are offering a vehicle to those customers who are not willing to accept compromises when it comes to versatility, effortless superiority and spaciousness. We have further increased the powertrain's efficiency in conjunction with the EQ Boost starter-alternator and 48-volt electrical system, so making our GLS 63 the ideal companion for long distances, on a par with the S-Class, with rough-terrain attributes and space for up to seven people."