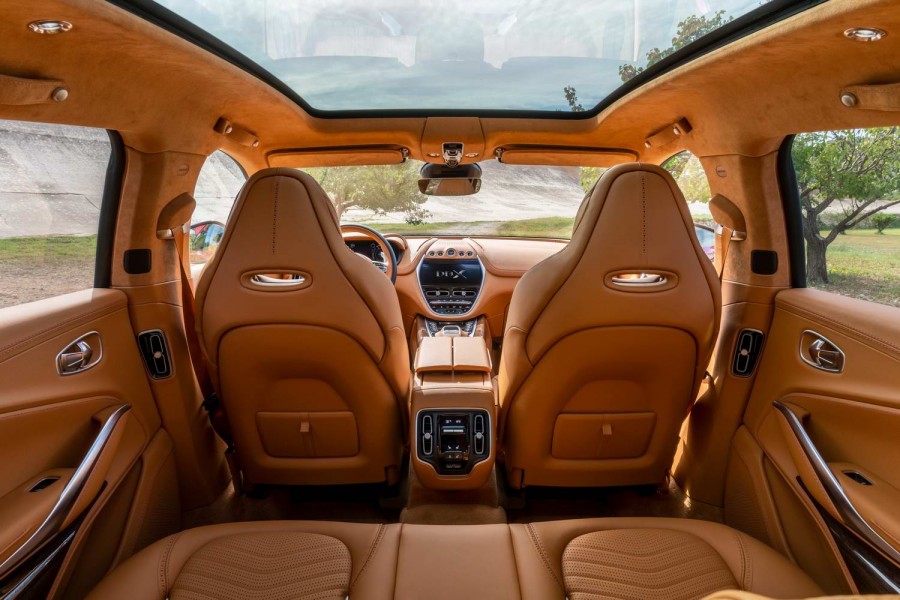 Aston Martin's drip-feeding of details on the incoming DBX SUV has now included our first glimpse of the interior, as well as pricing for various key markets. The global unveil of this highly important machine for the upmarket manufacturer will take place on November 20, in Beijing, and - once it has been revealed - order books will officially open.

Built for all sizes

Aston Martin says it has conducted extensive market research on a wide demographic of people, including those crucial HNWIs (high net-worth individuals) who will actually buy this thing, and it has created the driving position and ergonomics of the DBX to meet the needs of the 99th percentile male to 5th percentile female population - which basically means, unless you're a giant of a male basketball player or an absolutely tiny lady, you should fit behind the wheel of the DBX.

It is, of course, made from high-quality materials, as you'd expect of an Aston, and from what we can see in this solitary image taken from in the boot (apparently), we can deduce the following: the digital TFT screens for the instrument cluster and infotainment seem to be neatly integrated; there looks to be a decent amount of legroom in the back for rear-seat passengers; the controller for the infotainment on the transmission tunnel looks to be the Mercedes proprietary unit, given the tie-up between these marques; and, most intriguingly of all, the steering wheel looks round and not squared-off, which is one of the few features we don't love about the Aston Martin DB11.

According to Aston, it spent more than six months making sure that driving position is spot-on, not just in terms of making the driver feel at the heart of the action, but also allowing enough movement in the seat and steering wheel to ensure clear visibility of all controls, screens and out through windows. The bonnet's extremities also allow for precision placement of the DBX when close to other cars, apparently. Elsewhere, a bridged centre console allows for storage of valuables, like a handbag, or essentials (for those with kids), like a 1.5-litre bottle of water, close to the front-seat occupants but low down, hidden, but not on the passenger seat nor rolling around in the footwell. Talking of children, a group of little 'uns were asked to get in and out of the DBX, to assess their experience of ingress and egress. Up top, there's a panoramic glass roof to make things nice and airy within.

Aston Martin has confirmed a UK price of £158,000, which should translate to about €293,000, assuming the DBX cannot dip below Band G for VRT for its CO2 emissions, as and when confirmed.