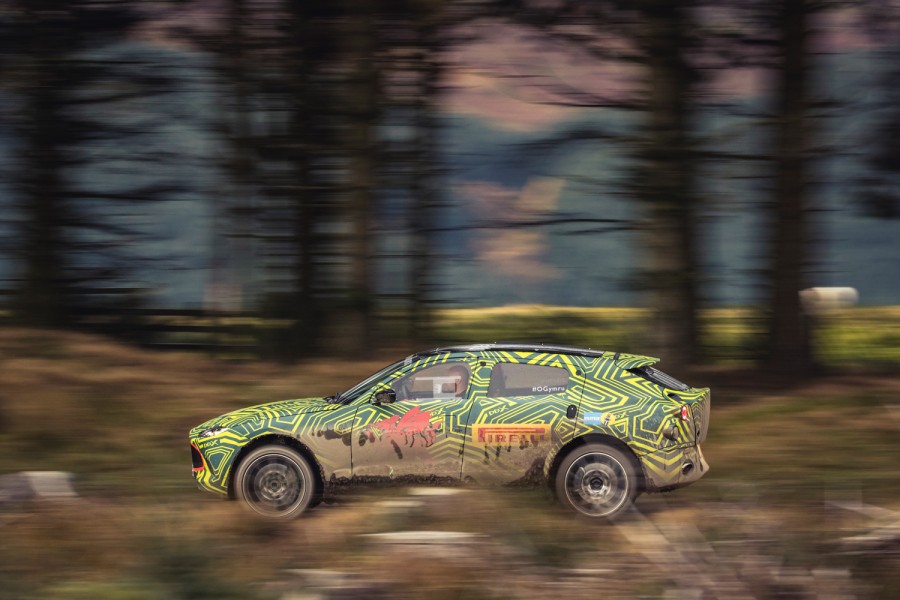 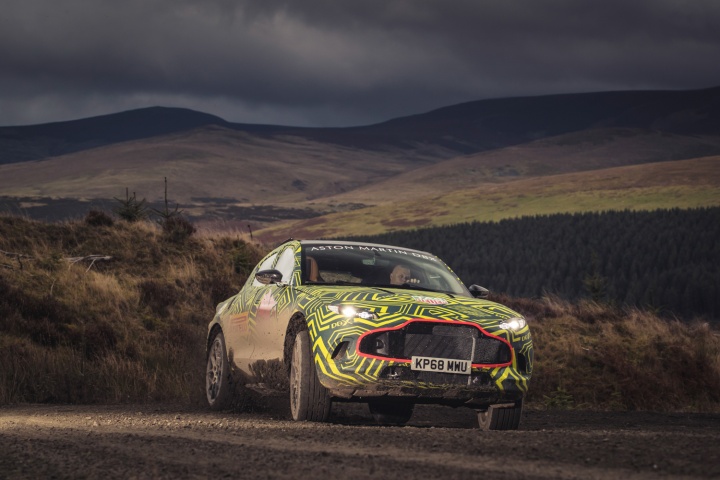 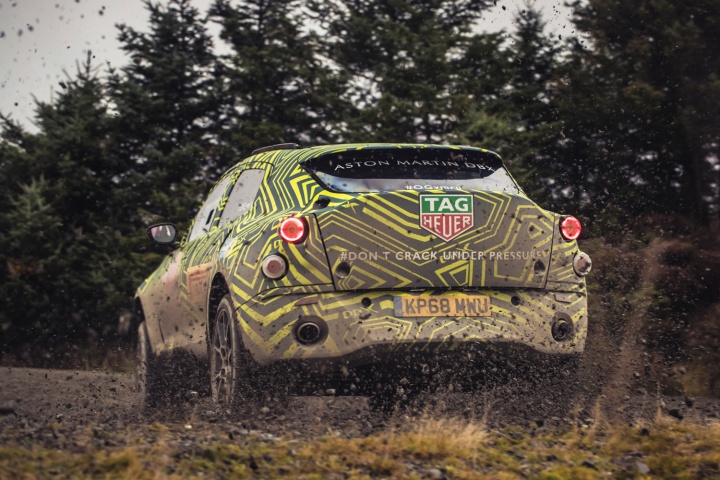 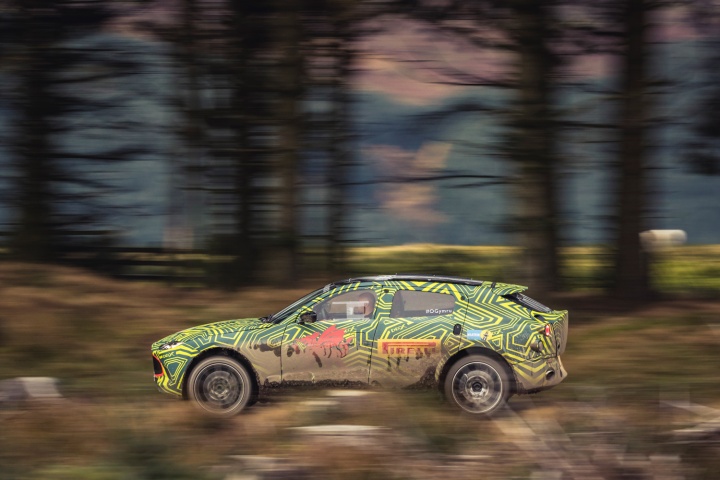 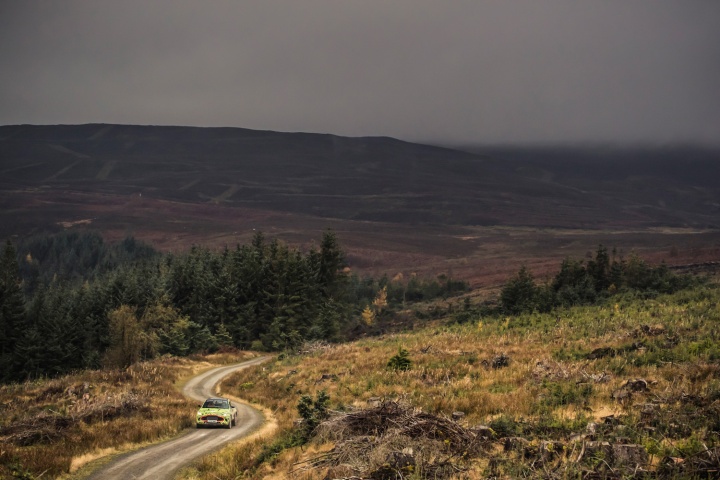 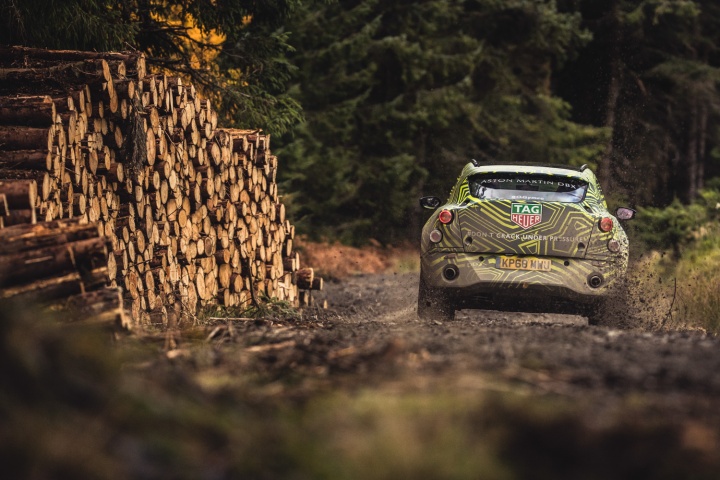 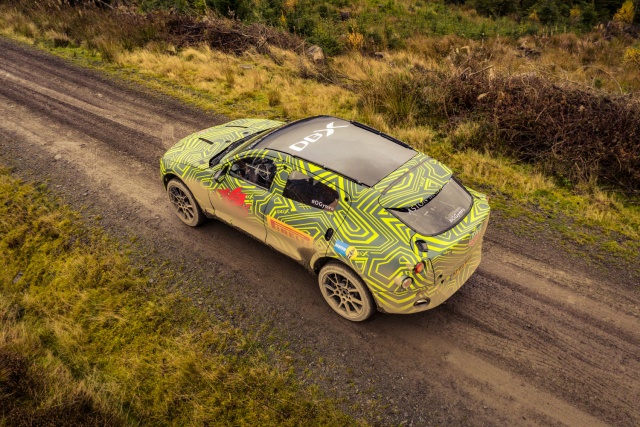 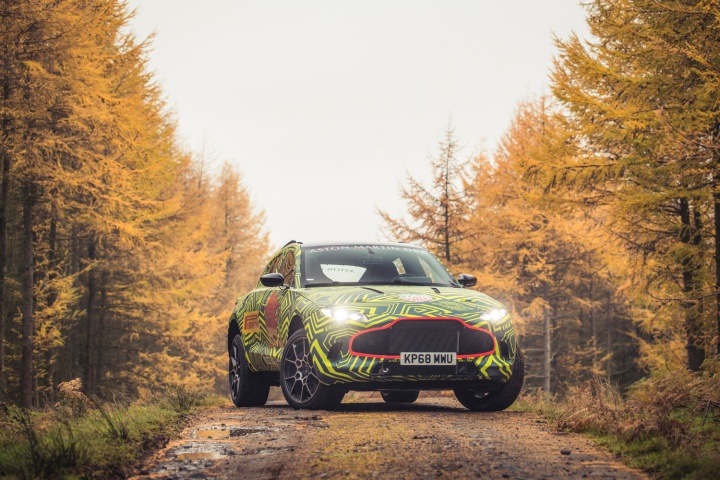 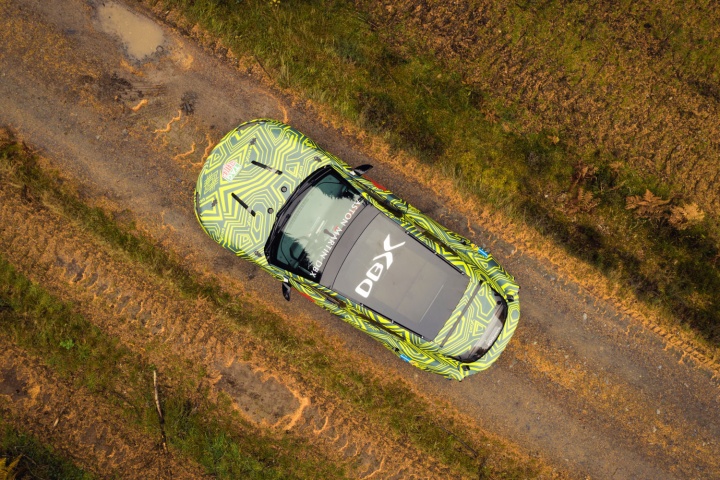 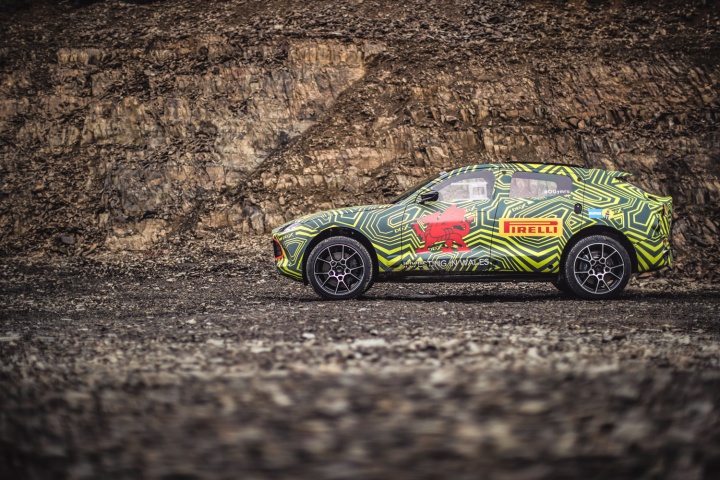 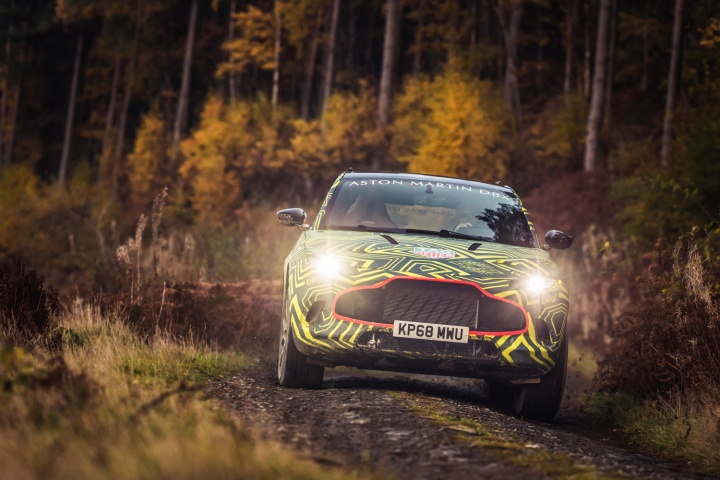 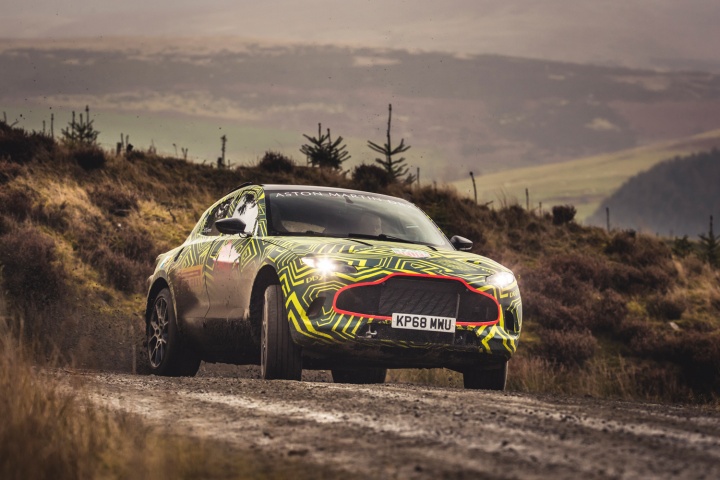 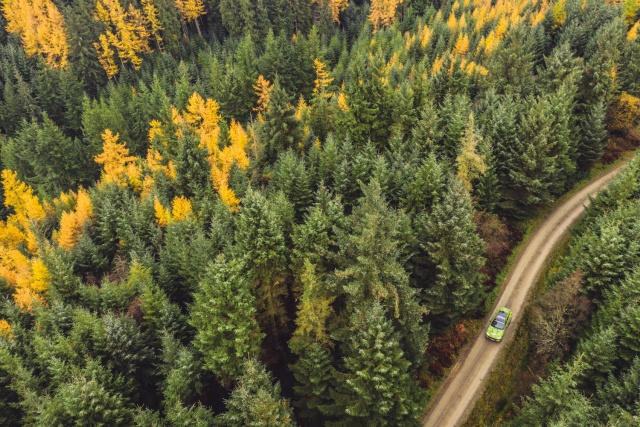 We've known for some time that Aston Martin was going to build an SUV but this is our first look at it. Heavily camouflaged, and showing off Aston's close connection to watch maker TAG Heuer, this is the DBX, and that is now officially the car's name.

Originally shown as a dramatic, coupe-roofed concept with electric drive, the DBX will come to market in 2019 looking a little more conservative, but still rather attractive, as far as expensive 4x4s are concerned. It gets a huge signature Aston grille at the front, and in profile looks not unlike Jaguar's I-Pace. At the read, the styling is surprisingly unadorned (although perhaps there's detail under the disguise which we cannot yet see) with small, individual round tail lights that have the whiff of a kit-car about them.

Under the bonnet? We don't know yet, although the Vantage's 4.0-litre V8 turbo is a safe bet, as is the DB11's V12 turbo eventually. Diesel? It's possible - after all, Aston can borrow an engine from Mercedes, as it does with the Vantage's powerplant, but in spite of completions from the Bentley Bentayga diesel, it seems unlikely. Electric and hybrid power are pretty much dead certs though. The huge new factory at St Athans, in Wales, where the DBX will be built, has already been called Aston's 'Home of Electrification do batteries are definitely on the mind. The most likely course for the DBX is to start with a hybrid (possibly using AMG's straight-six 53 hybrid from the Mercedes CLS, an engine already tipped to see eventual duty in the Vantage) before progressing on to full electric power.

Speaking of his drive in the DBX development prototype, Aston Martin Chief Engineer, Matt Becker, said: "We have already developed and tuned DBX in the driving simulator, which has enabled us to make excellent progress in advance of the first physical prototype cars being available. Still, it's always a big day when you get to put the first actual miles on an early prototype and I'm delighted with the near perfect correlation between the simulator and this prototype. As an engineer, it's genuinely exciting to get a feel for the car you're working to create. DBX is a very different kind of Aston Martin, but we will be testing it in all conditions and across all terrains to ensure it delivers a driving experience worthy of the wings badge"

Aston Martin Lagonda President and Group Chief Executive Officer, Andy Palmer said: "Seeing a DBX development prototype in action is a momentous chapter in the story of our first SUV, for it is the moment it really comes alive. DBX is so much more than 'just' an SUV; it will be the first model built at our brand-new facility in St Athan. As such, it is very much the start of a bold new era in the company's long history."