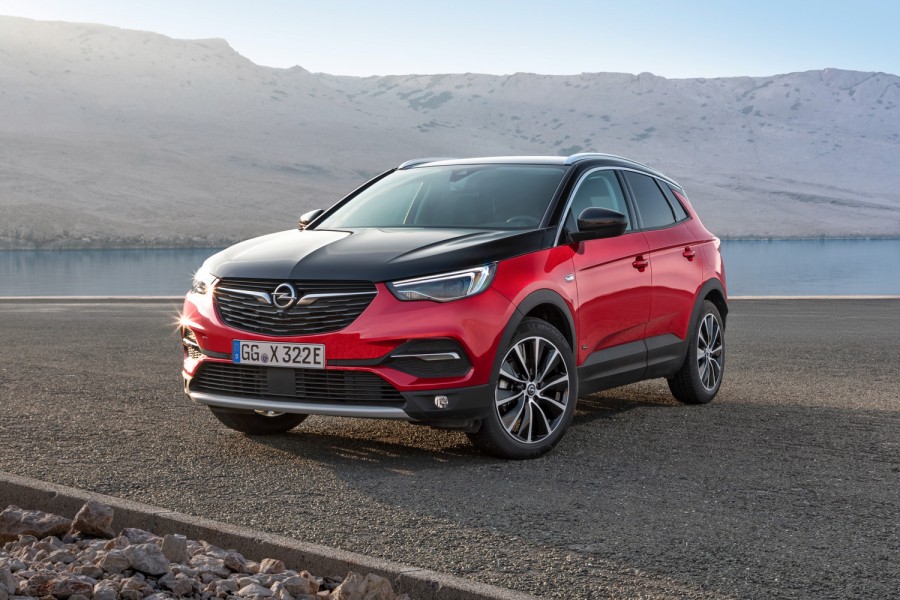 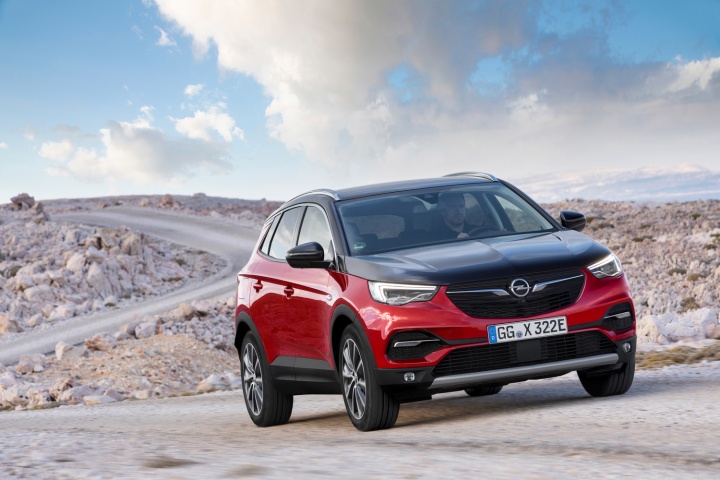 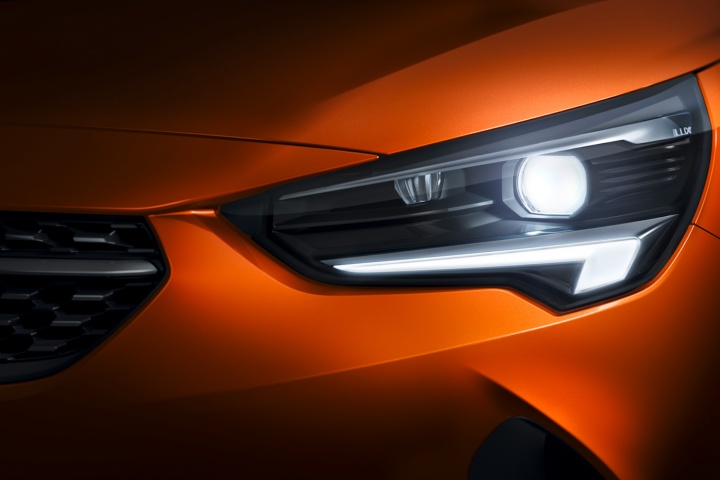 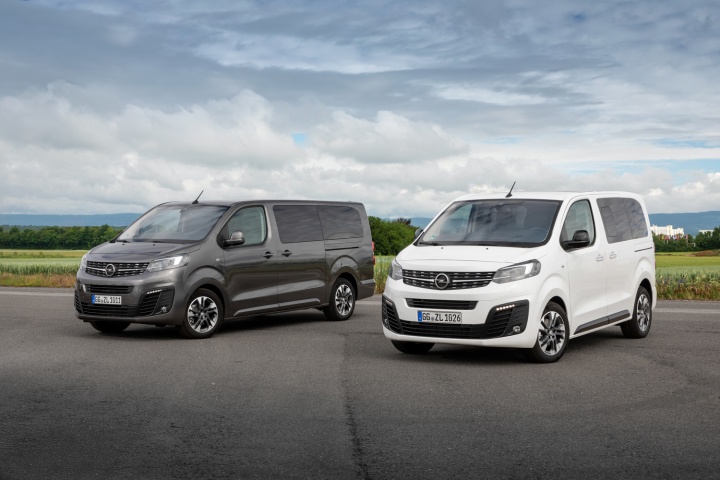 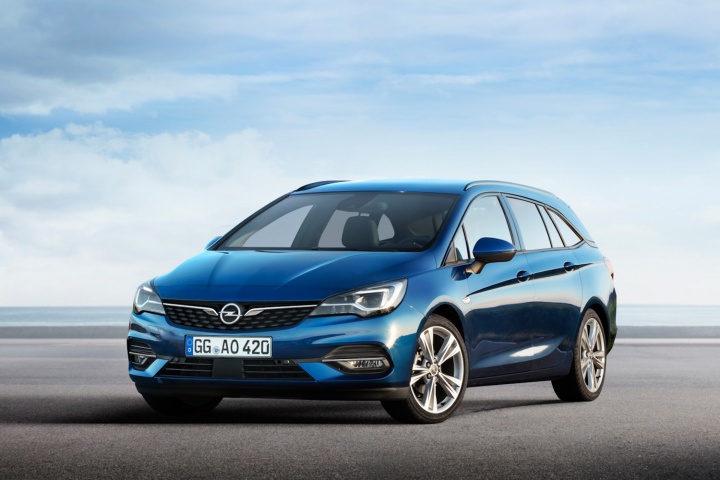 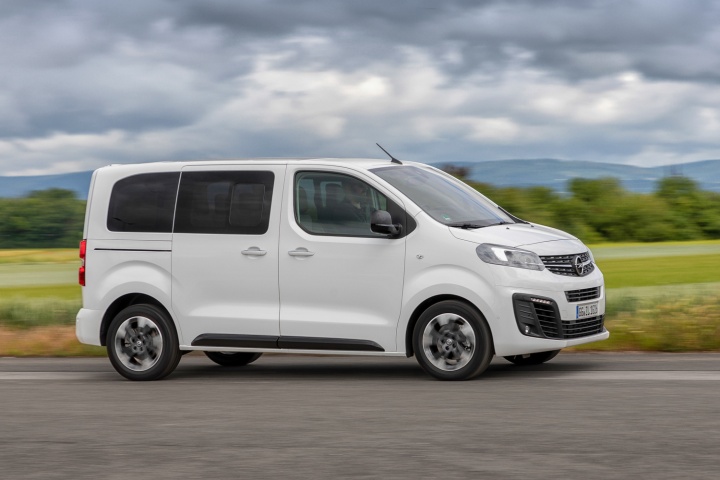 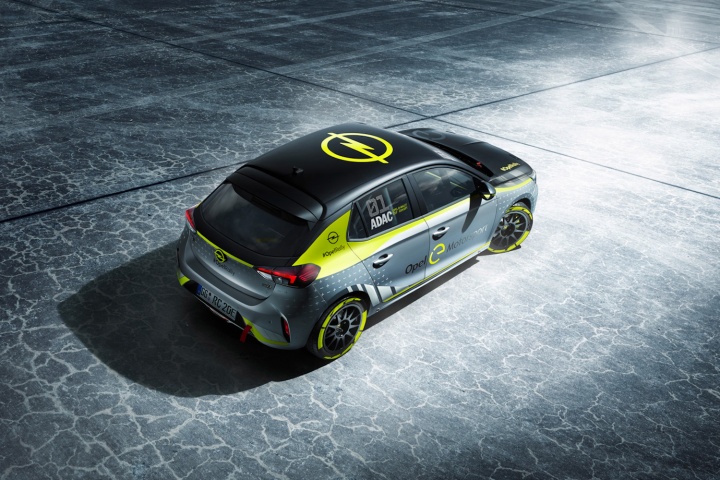 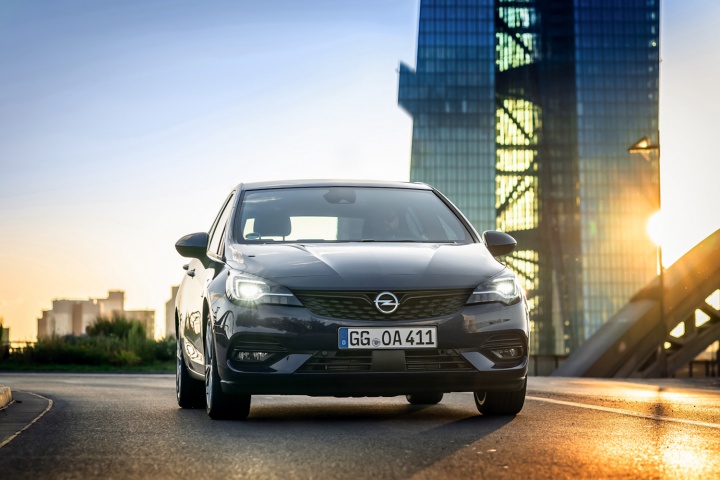 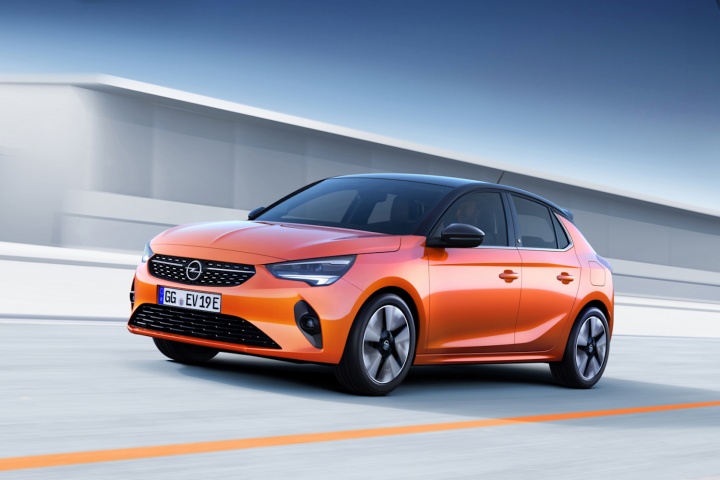 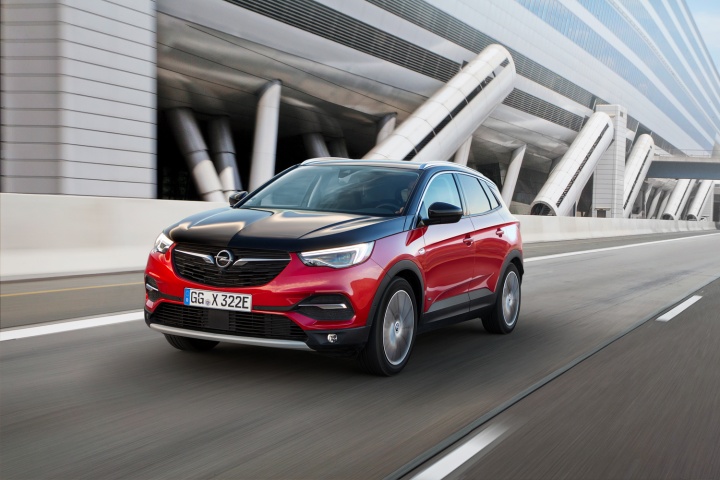 Opel has shown off its 300hp plug-in hybrid Grandland X at the Frankfurt Motor Show. The Grandland X Hybrid4 uses a combination of a 200hp turbocharged 1.6-litre petrol engine, matched with two 109hp electric motors, one for each set of wheels, delivering a system total of 300hp.

Opel claims CO2 emissions as low as 29g/km for the Grandland plug-in, with an electric driving range (when you full charge up the 13.2kWH battery) of 59km. Fuel economy is claimed at 1.4 litres per 100km (201mpg, but that's not tremendously realistic).

As always with plug-in hybrids, the Grandland will come with three driving modes - hybrid, fully electric, and battery hold, which hangs on to charge in the battery for zero-emissions driving later in your journey. This 300hp four-wheel drive model will be joined later in 2020 by a front-wheel drive model with a single electric motor.

Opel's plan is for an 'e-offensive' on the electric and hybrid front in the next couple of years. That kicks off with the electric version of the new Corsa, which was being publicised at Frankfurt by the appearance of the all-electric Corsa rally car.

"At the IAA we at Opel will be showing how the future of the automobile will become reality", said Opel CEO, Michael Lohscheller. "We focus on the customer and their needs. Instead of prescribing the way forward, we offer the entire drive portfolio - from ground-breaking electric and hybrid drive to efficient combustion engines. All new models are equipped with state-of-the-art technologies and already available to order."

Elsewhere on the Opel stand was the newly updated Astra, which comes with new (and yes, entirely new) turbocharged petrol and diesel engines. We've already driven the Astra, which Opel claims to be as much as 21 per cent more efficient than before, and you can read more here.

Opel is also showing off the new Zafira Life, a passenger version of the new Vivaro van, which comes in three wheelbase lengths, and with as much as 3,000 litres of luggage room. Seats for eight too, if you fancy. It's a sister car to the likes of the Peugeot Traveller, Citroen SpaceTourer, and Toyota ProAce Verso.