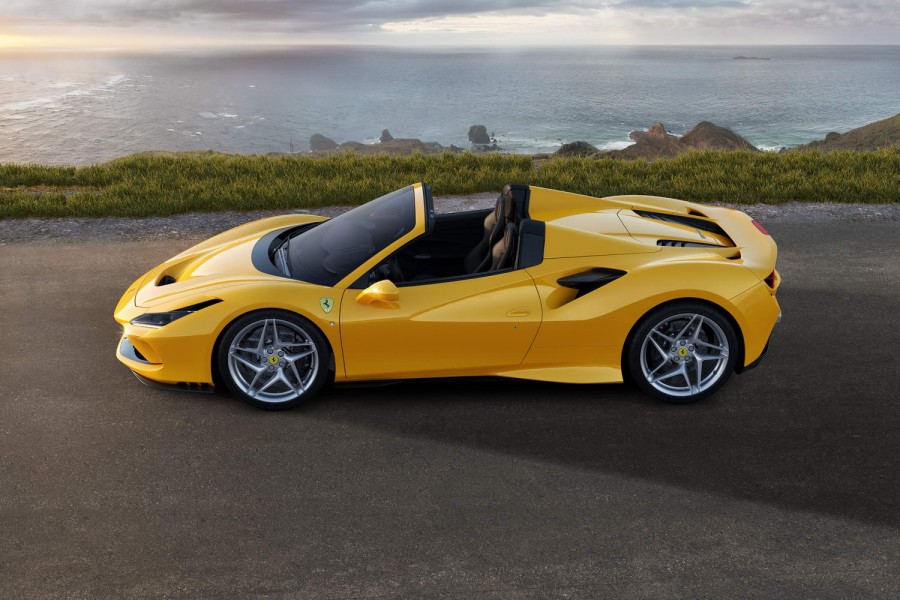 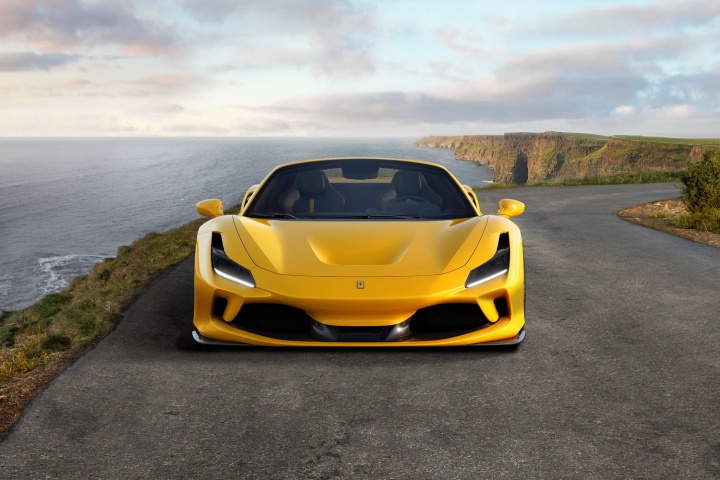 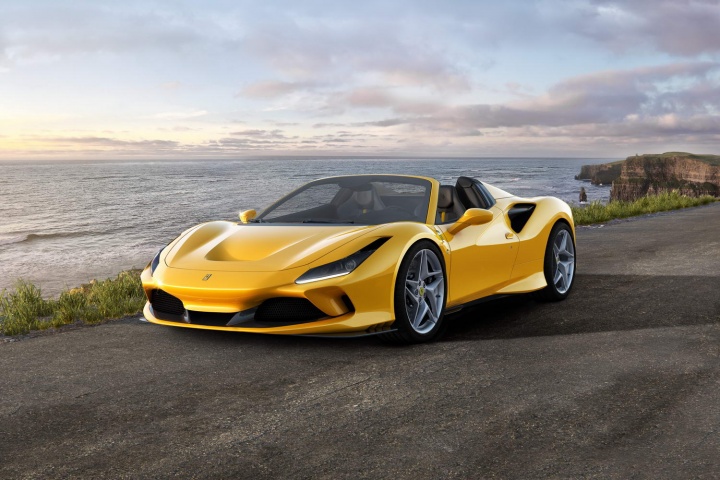 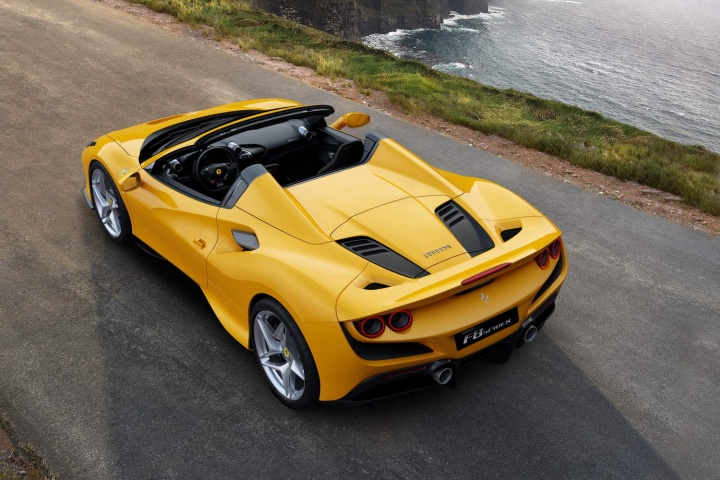 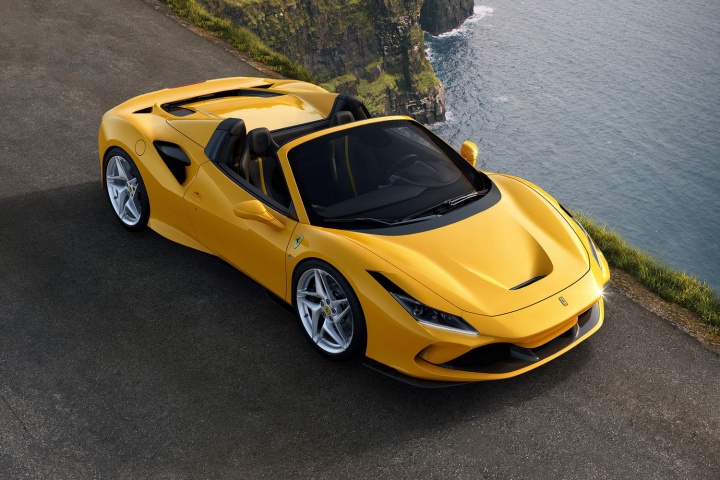 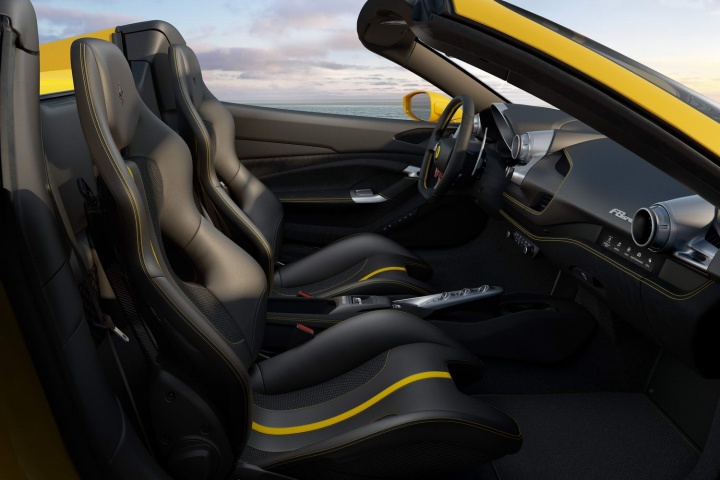 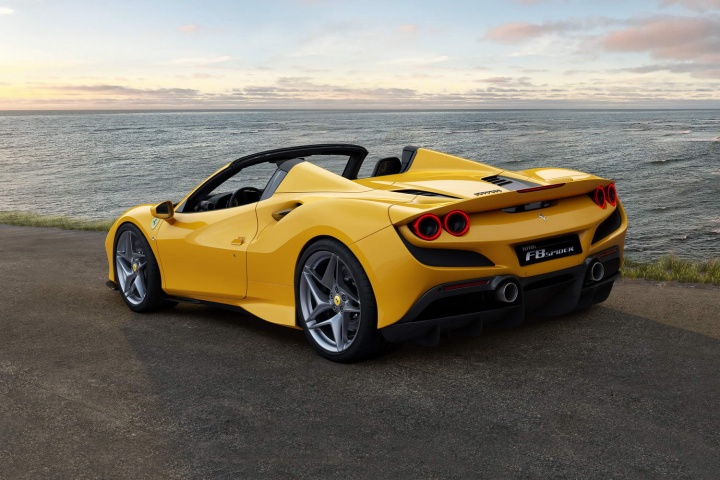 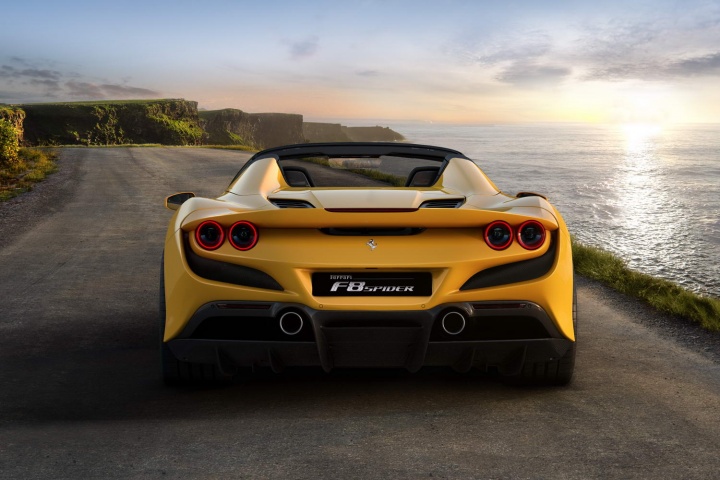 On the eve of the 2019 Frankfurt Motor Show (which Ferrari is not attending), Ferrari held an event at its Universo Ferrari venue next to the Fiorano test track in Italy and one of the stars was this, the new Ferrari F8 Spider. Based on the F8 Tributo coupe, the new open-topped model is said to sit between the 488 Spider and 488 Pista Spider in terms of ‘extremeness.’

At the core of the F8 Spider is its twin-turbocharged 3.9-litre V8 petrol unit, an update to the engine that has dominated the International Engine of the Year awards. The latest iteration is some 18kg lighter than its predecessor, with 17 per cent lower inertia. Peak power is quoted as 720hp, produced at 8,000rpm, while 770Nm of torque is produced at 3,250rpm. It drives through a seven-speed dual-clutch gearbox to the rear wheels. Ferrari quotes a 0-100km/h time of 2.9 seconds and a top speed of 340km/h.

One of the main reasons for going for an open-topped Ferrari must surely be to hear its engine at work without a roof between your ears and the exhaust system. Ferrari uses a ‘Retractable Hard Top’ for the F8 Spider, which can raise or lower in just 14 seconds, at speeds of up to 45km/h. Following on from the F8 Tributo, and lessons learned in the development of the 488 Pista, the F8 Spider gets several significant tweaks to the bodywork to enhance the aerodynamics, resulting in more downforce, but without any extra drag.

Still made to be driven. Really driven

Don’t for a second look at the topless car as ‘softer’ than its coupe sibling, as Ferrari still expects the Spider to be driven like any other of its cars. Hence, it’s lighter than its predecessor, the 488 Spider, but it also comes with an update to Ferrari’s ‘Side Slip Control’ system, apparently to version 6.1, making it even easier to hold the car at and beyond the limit of its tyres’ adhesion. The Ferrari Dynamic Enhancer (FDE+) now activates when the drive mode selector (or ‘manettino’ in Ferrari-speak) is switched to the Race setting.