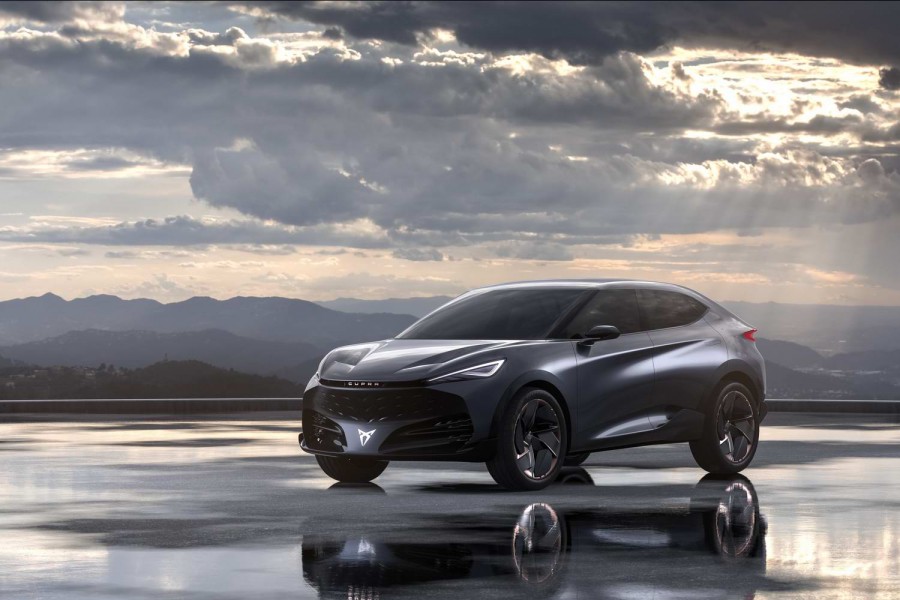 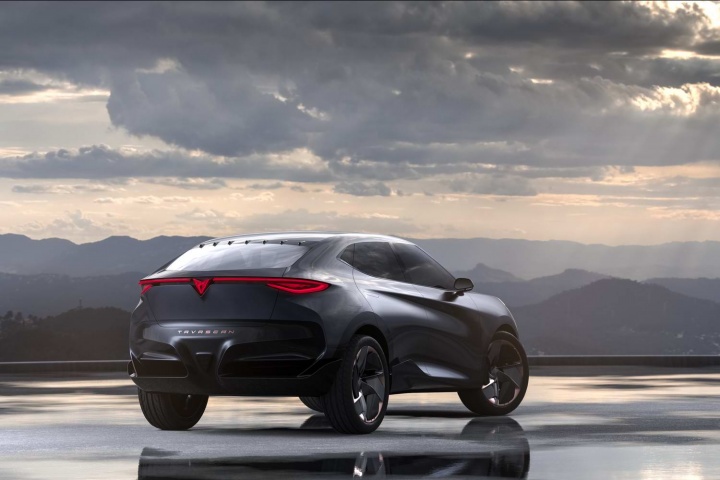 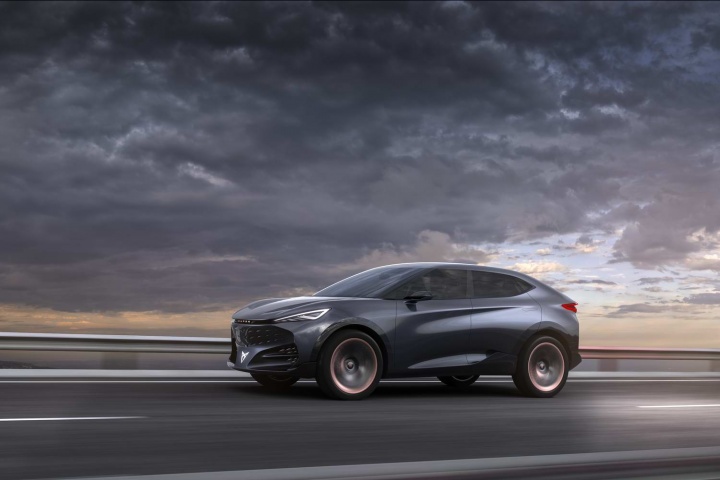 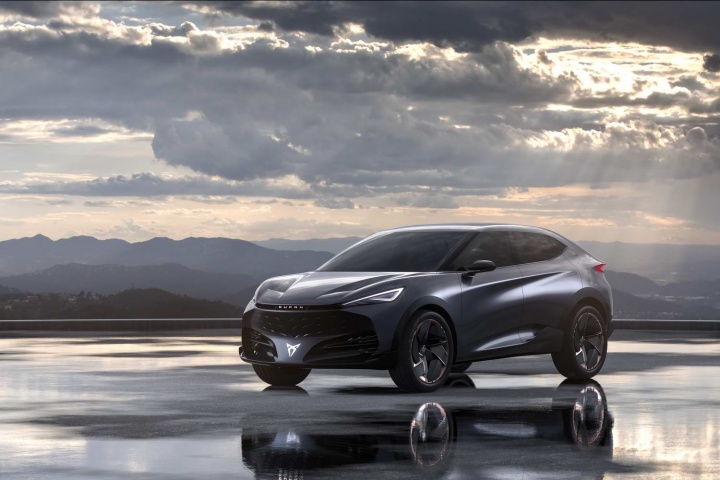 Cupra, the performance arm of Spanish brand SEAT, has fully unveiled its third product, which it teased earlier this year - and it's called the Tavascan Concept, its name coming from a small Catalan village near the mountainous border with France. This third SUV follows on the heels of the Ateca and Formentor vehicles already revealed.

An all-electric coupe-SUV, the Tavascan Concept - due for a world debut at the imminent IAA Frankfurt Motor Show - is an on-point machine designed to compete in a segment currently forecast to grow 15 per cent a year going forward. It certainly has the drivetrain chops to back up its appearance: two electric motors, one front mounted and one on the rear, provide a combined 225kW (306hp) to all four wheels.

It's a very similar powertrain and chassis (namely, the Volkswagen Group's MEB platform) to that previewed in the related Skoda Vision E and it allows the Tavascan Concept to hit 100km/h from rest in less than 6.5 seconds. But it also, thanks to a 77kWh lithium-ion battery, allows the Tavascan to go for up to 450km on a single charge, on the WLTP test cycle.

The exterior styling of the Tavascan Concept is clear to see and it looks pretty menacing, as far as coupe-SUVs go. Highlights that Cupra would like to draw to your attention include an illuminated brand logo sitting low in the front of the Tavascan, a set of 22-inch turbine alloys with a focus on smoothing airflow and a clean-of-look, aerodynamic rear end with a full-width light strip and another glowing Cupra logo.

Our first look at the Tavascan Concept's interior shows off Cupra's latest cabin design, majoring on digital displays. A 12.3-inch instrument cluster is supplemented by a 13-inch central touchscreen, this latter item having a funky trick - it can swivel and face the front-seat passenger, if needs be, rather than being permanently angled the driver's way. Ambient LED lighting, sculptural 3D leather bucket seats and full smartphone connectivity are all further features of the Tavascan Concept.

'Performance can be electrified'

Wayne Griffiths, the CEO of Cupra, said: "Besides the Cupra Formentor, which will be launched in 2020 alongside two other high-performance plug-in hybrid models, we have already proved our technological capabilities by developing the world's first 100 per cent electric touring car, the Cupra e-Racer. With the presentation of the all-electric Cupra Tavascan concept, we are translating this vision into the streets and proving that performance can be electrified."